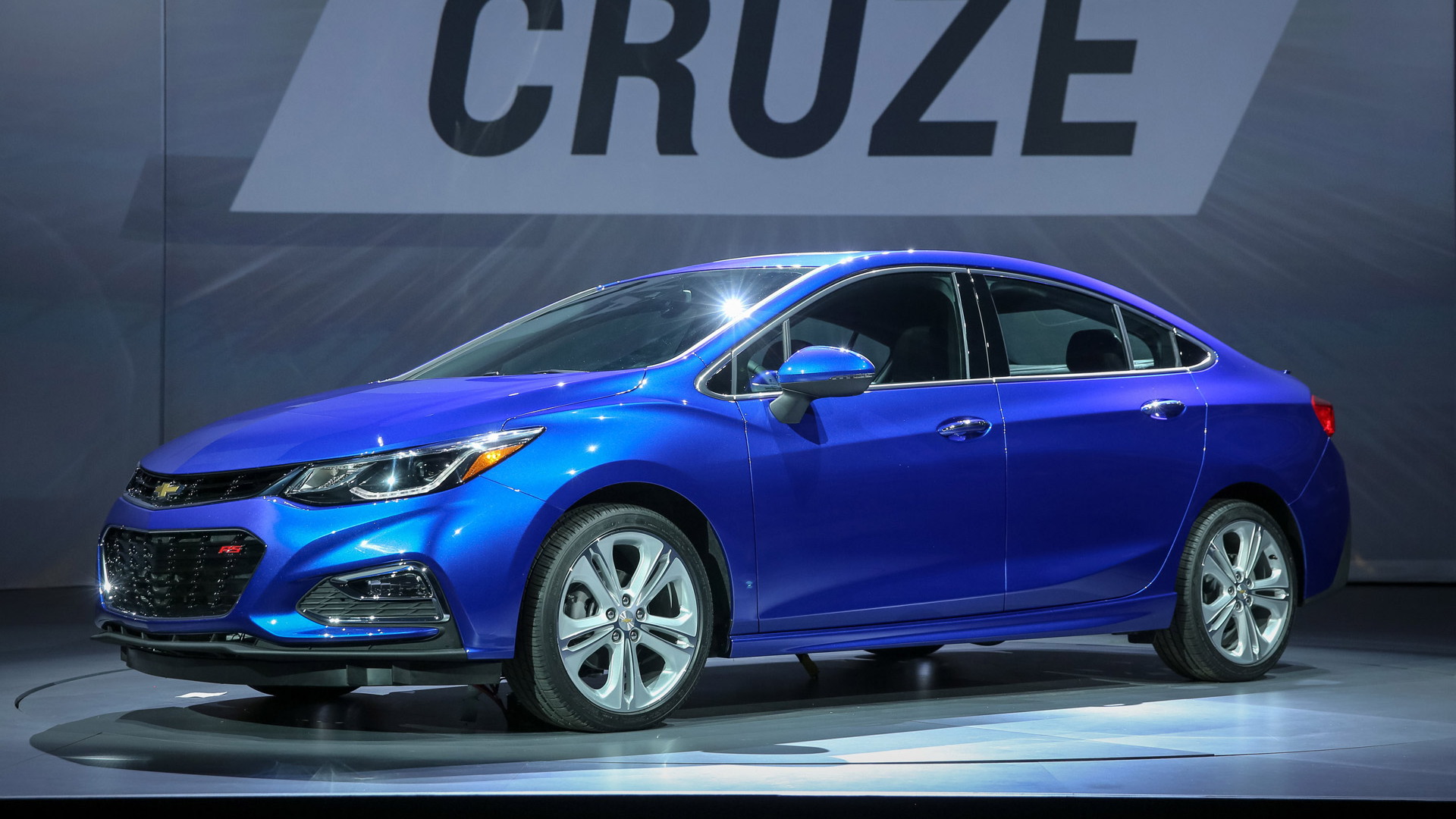 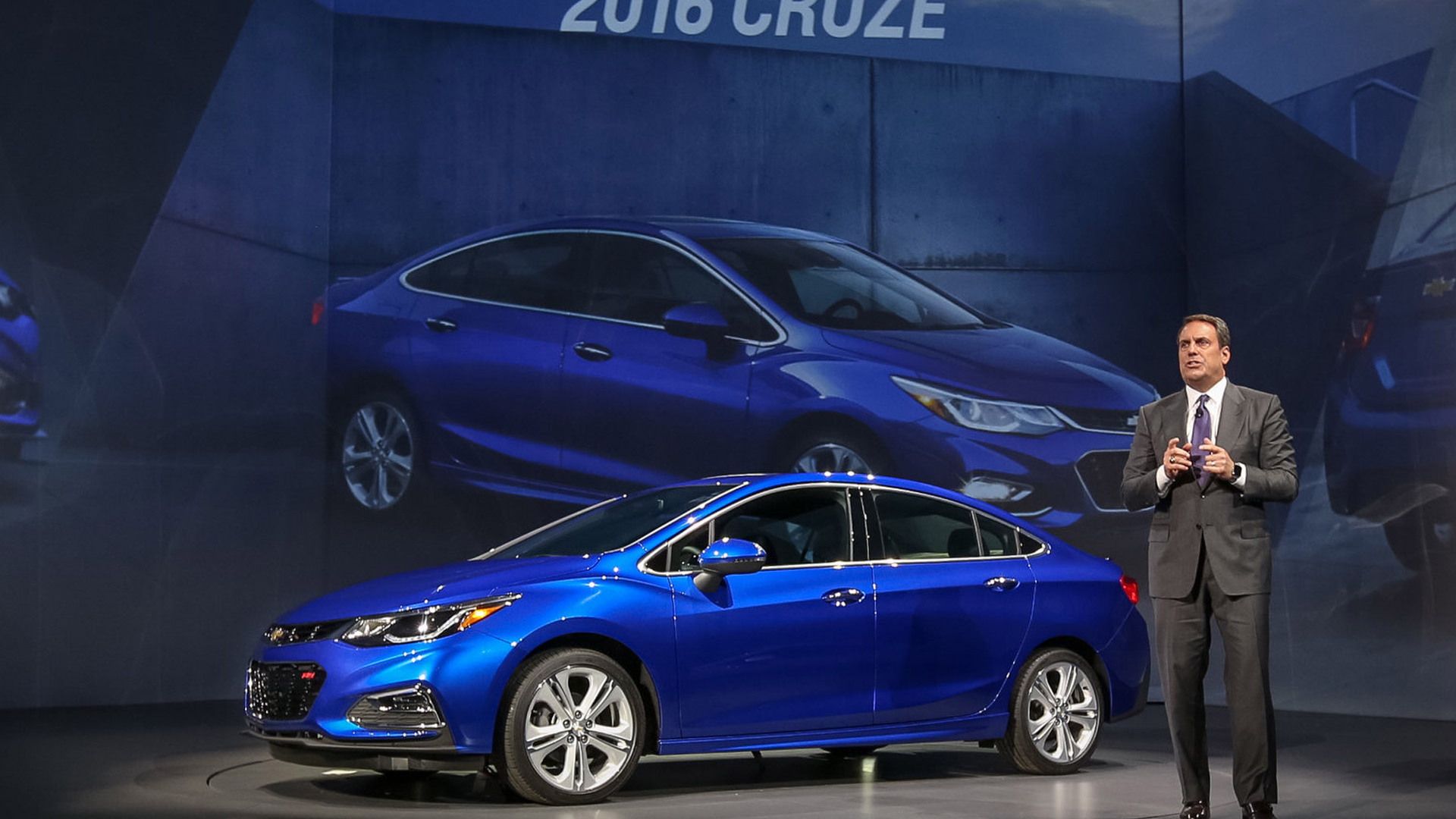 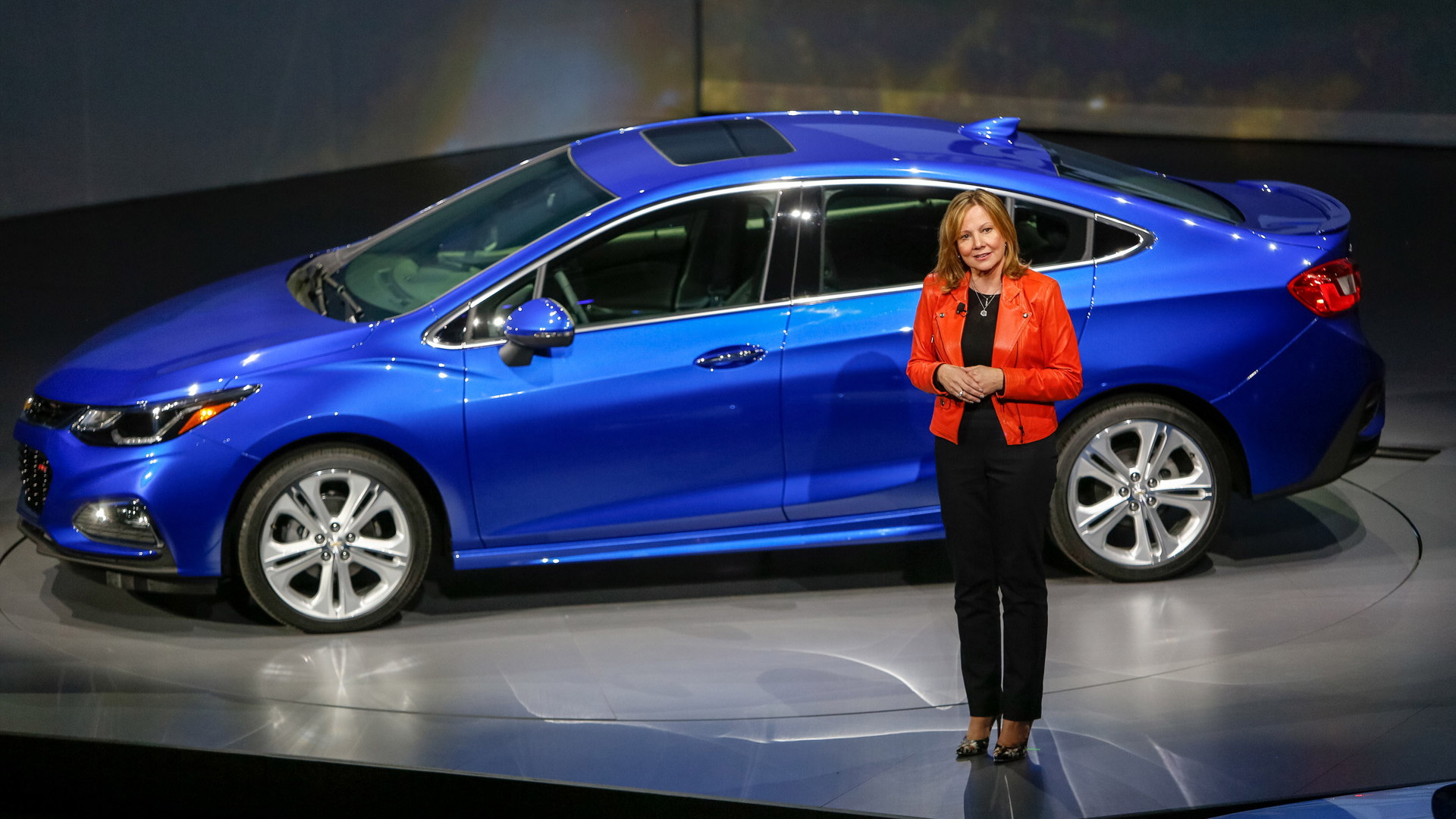 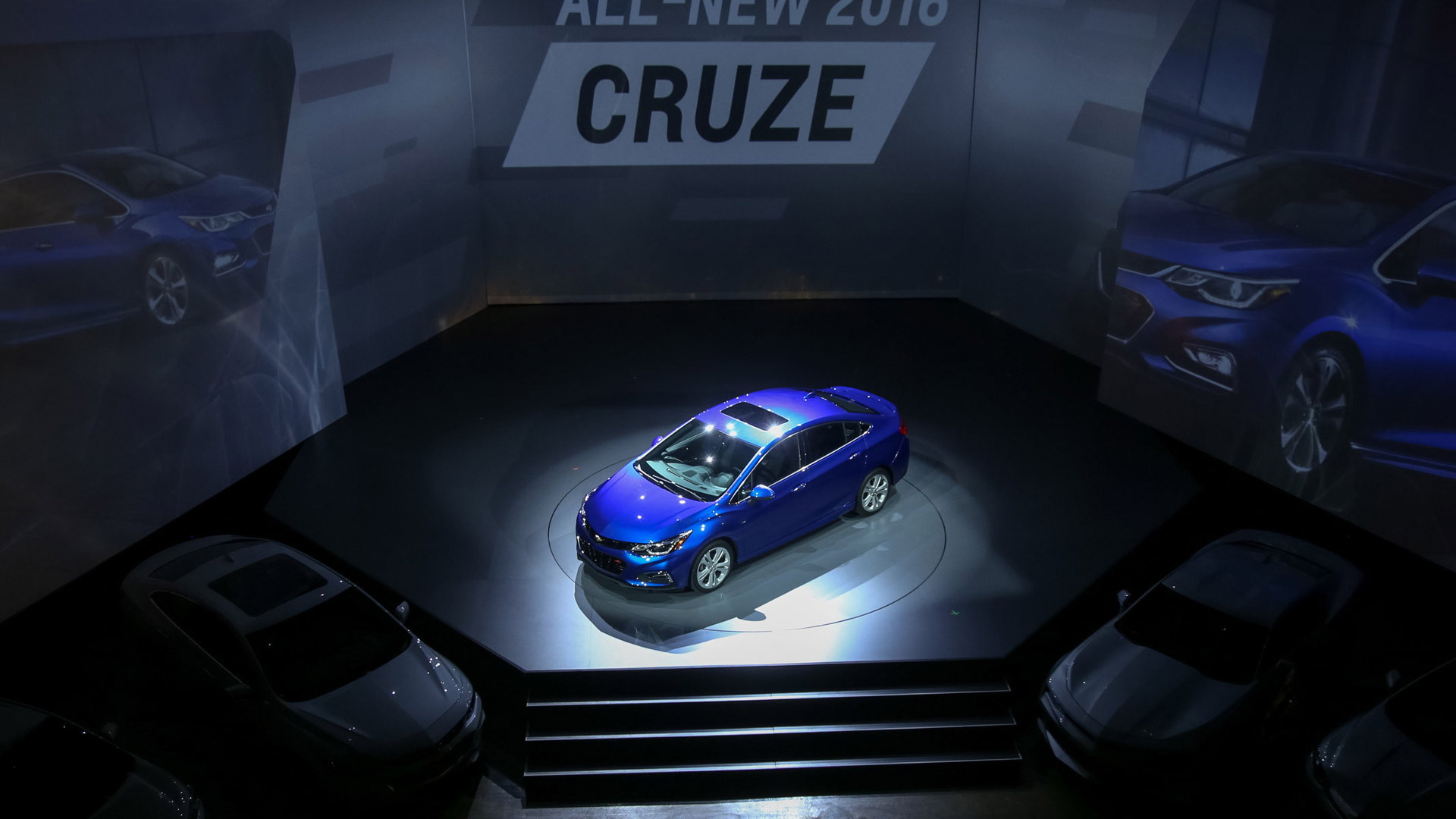 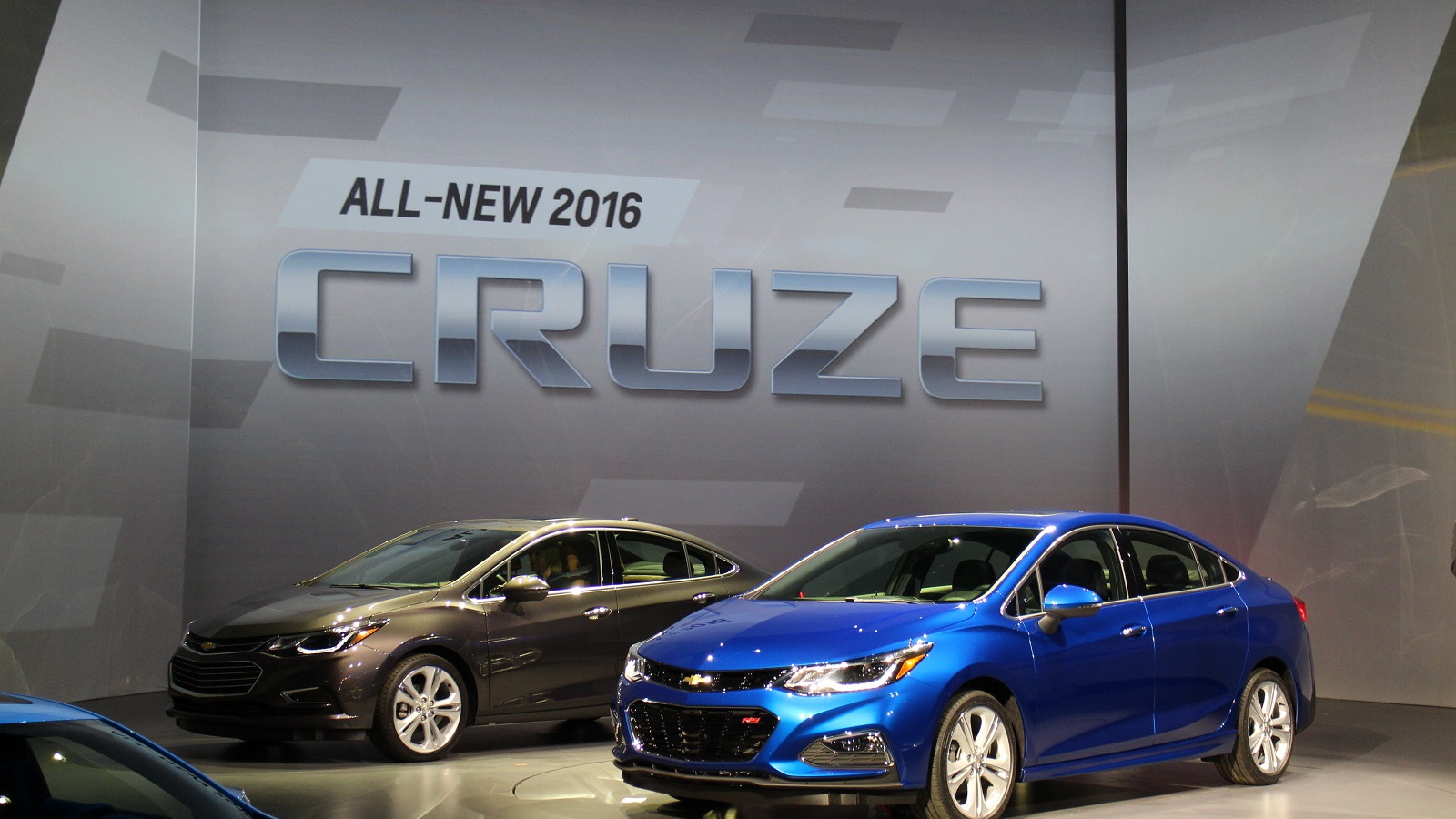 Chevrolet’s second-generation Cruze compact sedan designed for the U.S. market has been revealed (the Chinese-market version was shown last year), and it brings a raft of new changes that make it quite the technological leap over its predecessor, a car that managed to sell more than 3.5 million times around the world since its 2008 Paris Auto Show debut.

For starters, the new Cruze is based on General Motors Company’s [NYSE:GM] latest D2XX compact car platform, which is shared with the likes of the 2016 Chevy Volt and 2016 Opel Astra and will eventually underpin the next-generation Buick Verano. The adoption of the D2XX platform has allowed engineers to make the new Cruze larger than the current model yet lighter and more fuel efficient, with some variants up to 250 pounds lighter than before.

At launch there will be just one engine, a turbocharged 1.4-liter four-cylinder from GM’s next-generation Ecotec powertrain family. A new Cruze Diesel has been confirmed to arrive in 2017 and it’s possible we could see other options in the future. We do know that Chevy will launch at least one additional Cruze bodystyle this time around: a more practical hatchback, the previous generation of which the U.S. missed out on.

Getting back to the new 1.4-liter mill, the engine features turbocharging, direct fuel injection and stop-start technologies and produces a peak output of 153 horsepower and 177 pound-feet of torque. Buyers have the choice of six-speed manual or automatic transmissions, and Chevy estimates the 0-60 mph time at roughly 8.0 seconds. Of more significance to Cruze buyers, the car should return upwards of 40 mpg on the highway when equipped with the automatic.

Inside the car there’s a next-generation Chevrolet MyLink infotainment system, which comes with a standard 7.0-inch display and fully supports Apple CarPlay and Android Auto (not at launch) smartphone integration. A second 4.2-inch display is fitted in the main instrument cluster. Note, an 8.0-inch screen will be available and you will also be able to add OnStar 4G LTE with a Wi-Fi hotspot.

When it comes to safety, 10 airbags and a backup camera are standard. A host of electronic driver aids are also available, including Side Blind Zone Alert, Rear Cross-Traffic Alert, Lane Keep Assist and Forward Collision Alert. Some premium features on offer include heated seats, leather trim and a heated and leather-wrapped steering wheel.

The new Cruze will be offered in more than 40 markets around the world. Sales in the U.S. commence in early 2016. The lineup will include L, LS, LT and Premier models as well as a sporty RS trim. A simpler torsion beam rear axle design is used for the L, LS and LT models, while the Premier gets a more sophisticated ‘Z-link’ design for improved ride. Chevy says the Z-link setup helps deliver a more balanced driving experience, as the rear suspension better follows the lead of the front.

EPA-rated fuel economy and pricing will be announced closer to the market launch. For the U.S. market, production will continue at GM’s Lordstown, Ohio assembly plant. Finally, fans of the original Cruze will be glad to note that the car will be offered alongside the new model as a Cruze Limited special.