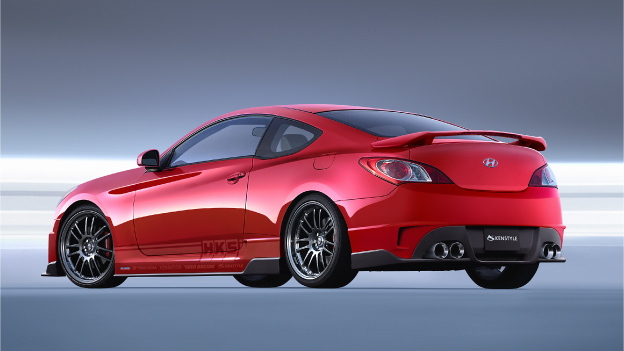 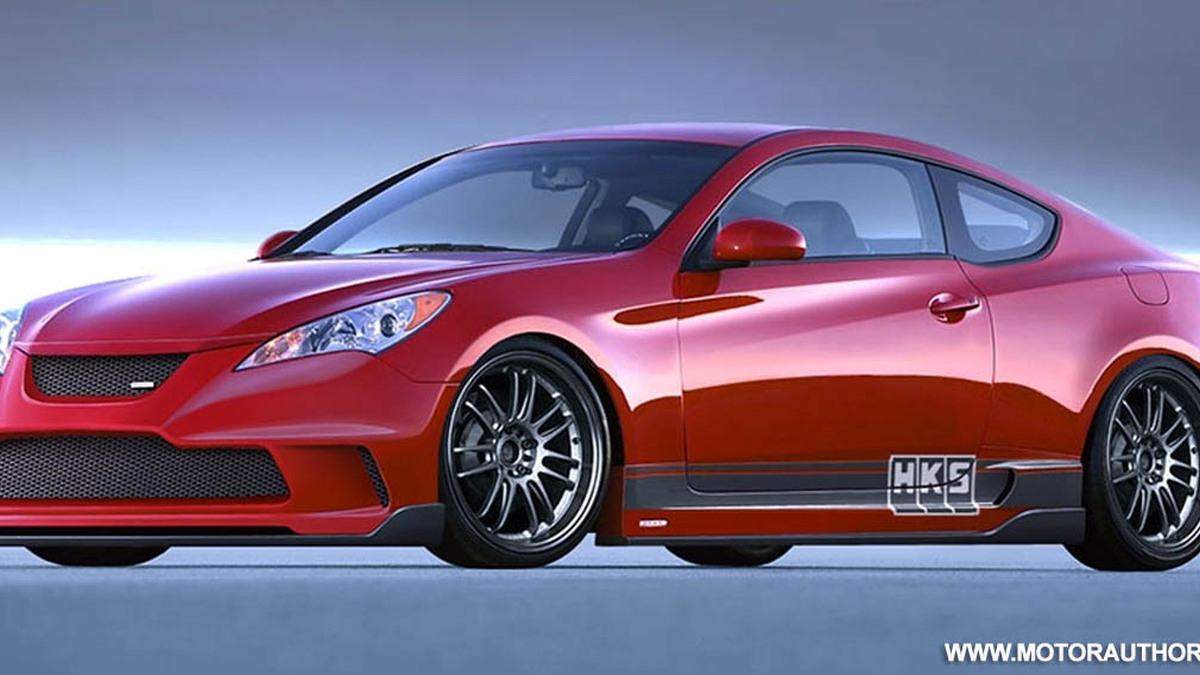 3
photos
The all-new Genesis Coupe is prepared to hit SEMA with at least two fully customized variants on display. Already Rhys Millen Racing's tuned Coupe has been previewed, and now HKS has announced its version will be in Las Vegas this November as well.

The car, built around the entry-level Genesis Coupe 2.0t, is a tuner special with improved styling, power, and handling. It hits all the right buttons with tuning enthusiasts, starting with an affordable chassis that holds hidden potential and pouring on aftermarket accessories to achieve a more high-end result. How much power the tuned car produces isn't yet revealed, but the base 2.0L turbocharged four-cylinder turns out 210hp (156kW) on premium fuel, so going with rebuilt internals and a full intake and exhaust system could yield flywheel results in the 300hp (223kW) range.

Key elements of the tuning package include new engine internals, a limited-edition turbo exhaust system, a new intake, re-tuned engine management, and HKS' Hipermax III fully-adjustable suspension. The company thinks the modifications are put to good use on the car, which starts with a RWD platform and a strong, if somewhat heavy, chassis. The aggressive styling may not sit well with everyone, but it's sure to attract the tuner crowd, and the Coupe is clearly targeted at exactly that niche.

A full body kit by Ken Style, HKS Time-Attack cars' aerodynamic partner will also grace the car, as will a customized interior with monitoring of up to 24 signals via the CAMP2 system that links into the ODB2 port, allowing programmable adjustments and calculations for fuel costs, fuel efficiency and more, all in real-time.