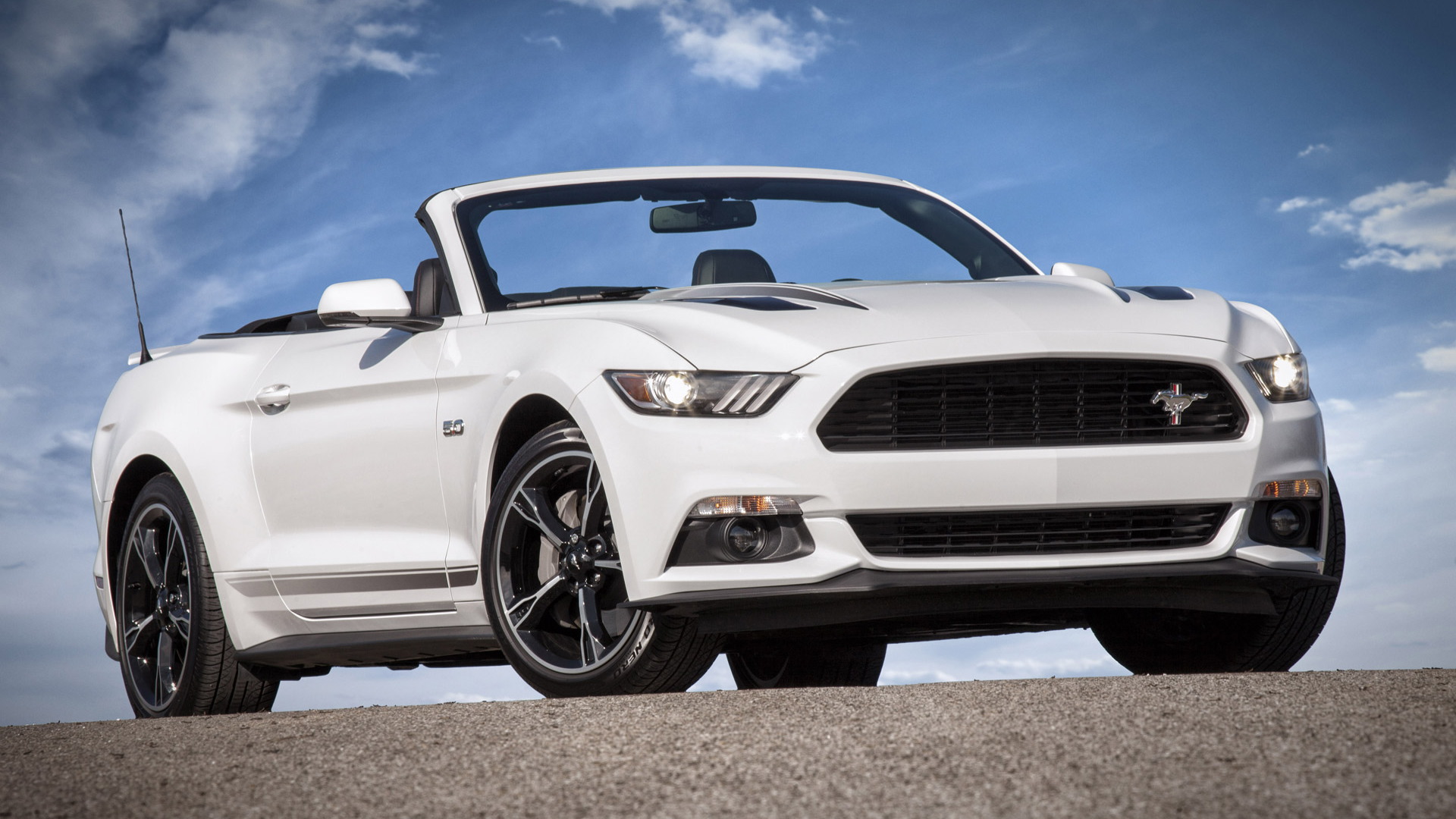 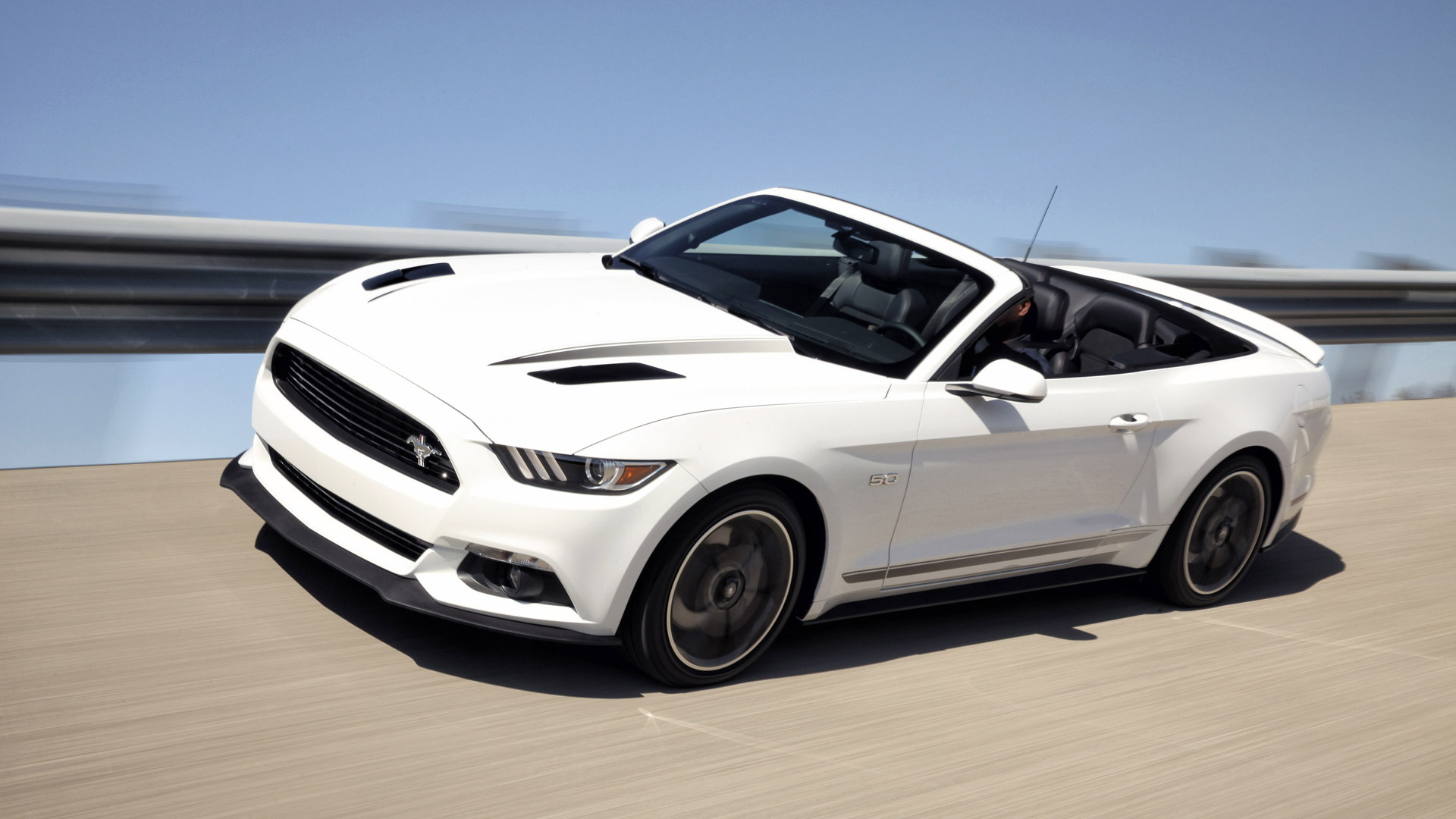 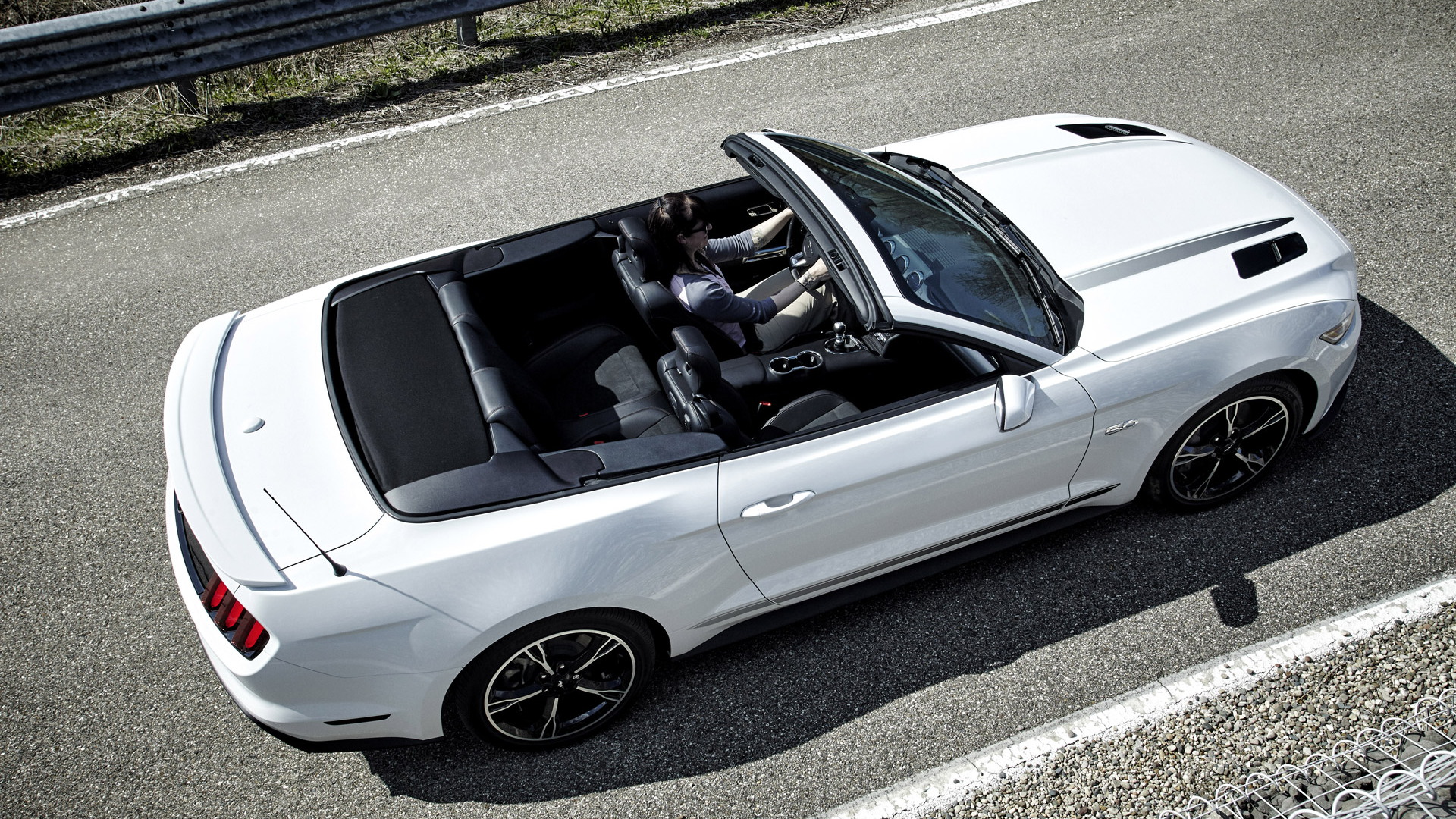 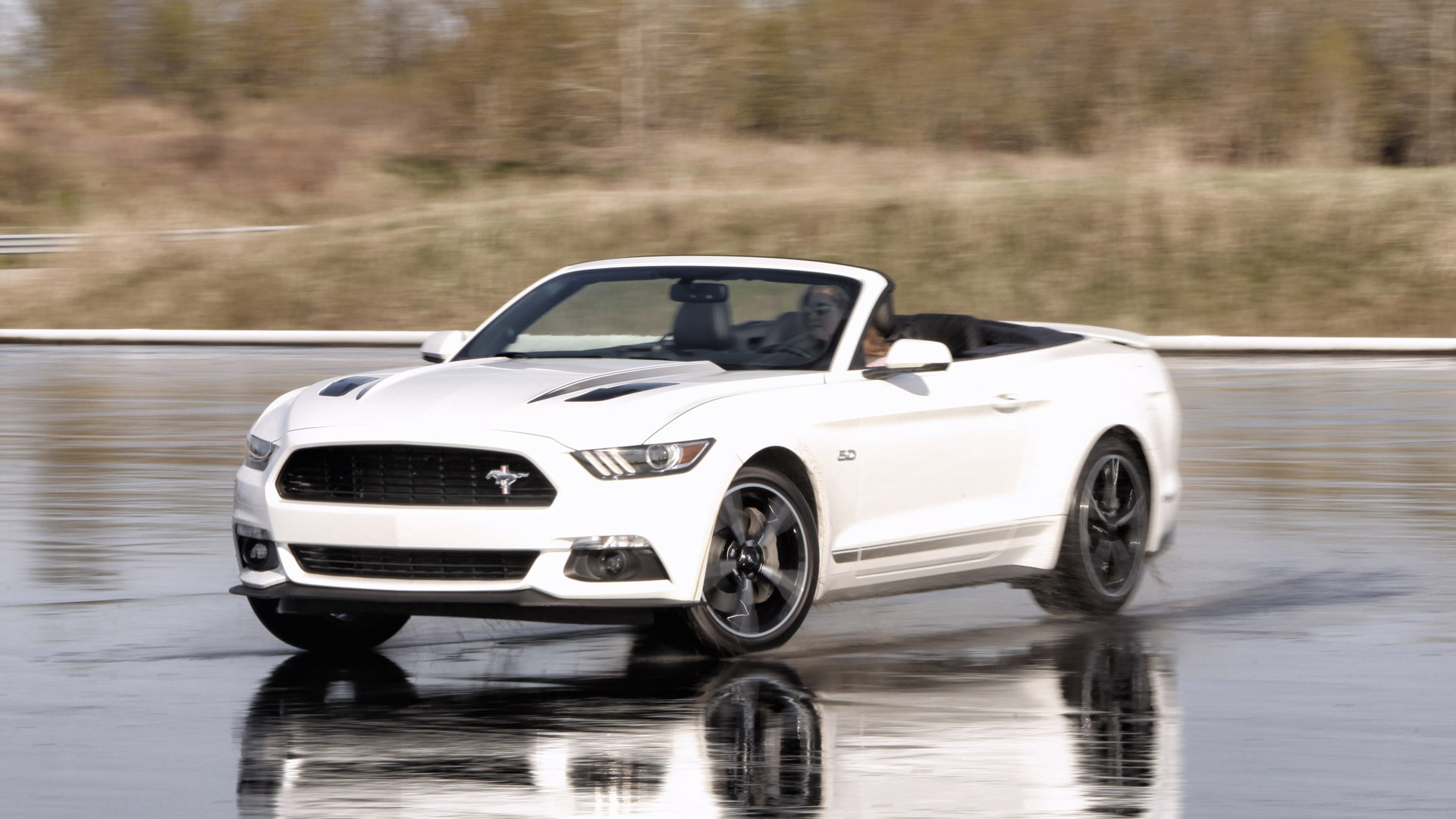 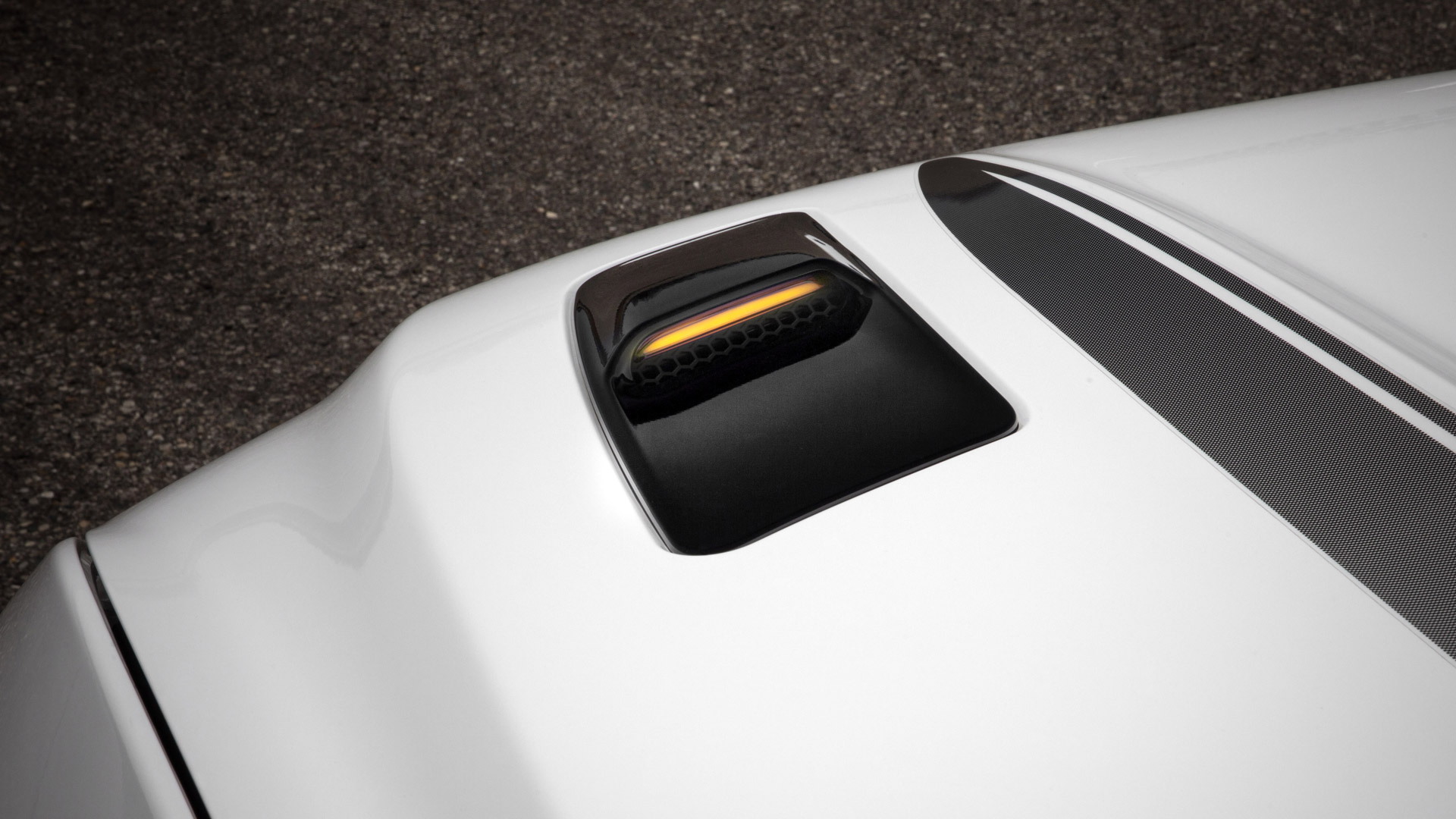 The sixth-generation Mustang has been in showrooms for less than a year but already we’ve seen a new track-focused Shelby variant introduced and a host of tuning firms announce mega-horsepower packages for the muscle car icon. Now the Ford Motor Company [NYSE:F] has announced a new round of updates for the Mustang’s 2016 model year, whose timing no doubt has been purposefully made to coincide with this week’s arrival of an all-new Chevrolet Camaro.

At the top of the bill is a new California Special based on the Mustang GT Premium trim level. This is available for both coupe and convertible buyers and adds things like 19-inch aluminum wheels finished in black; leather trim with suede inserts, also in black; hood and stripe packages; darkened tail lights; black accents around the body; a strut tower brace with unique “California Special” badging; a custom grille with tri-bar pony logo; unique trim in the cabin with special badging; and a replica gas cap also adorned with the words “California” and “Special”.

For the 2016 model year, Mustang EcoBoost Premium buyers also have an iconic package to add: the Pony Package. This one adds 19-inch aluminum wheels; a tri-bar pony logo on the grille; a stripe package; and chrome window surrounds.

Similar features to those found in the California and Pony packages will be available individually to 2016 Mustang EcoBoost and Mustang GT buyers keen to personalize their cars. For example, Ford is making available racing stripes, a black roof option and, for the Mustang GT, a Black Accent package that adds a dark finish for the wheels, deck lid spoiler, tail light surrounds, and badging.

But what about some proper performance updates? Well, now Mustang GT Convertible buyers can opt for the Performance Package that was previously only available on the Mustang GT coupe. Available on cars with a manual transmission only, the package features increased structural bracing, as well as revised suspension components, brakes, wheels and tires. Some of the specific mods include unique chassis tuning, with strut tower brace and K-brace; revised suspension with upsized rear sway bar, heavy-duty front springs; six-piston Brembo front brake calipers; a Torsen limited-slip differential with 3.73 axle ratio; and 19-inch aluminum wheels. As there’s no extra power on tap, base Mustang V-6 models still rate in at 300 horsepower; the Mustang EcoBoost at 310 hp; and the Mustang GT at 435 hp.

Finally, as an additional nod to the car’s heritage, designers have added new hood vent-mounted turn signals—a heritage cue from the 1967 Ford Mustang. These will come standard on all 2016 Mustang GTs.