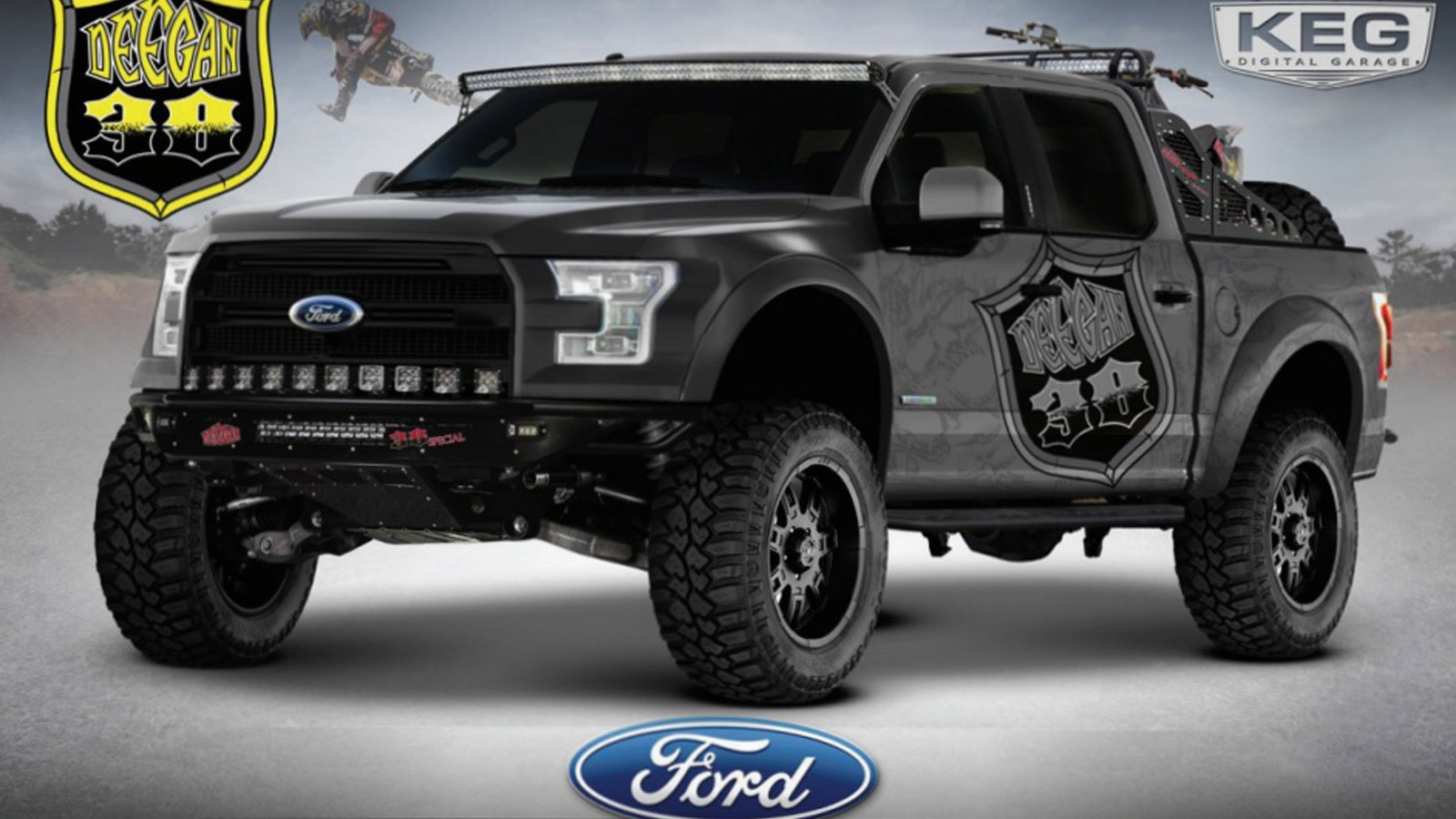 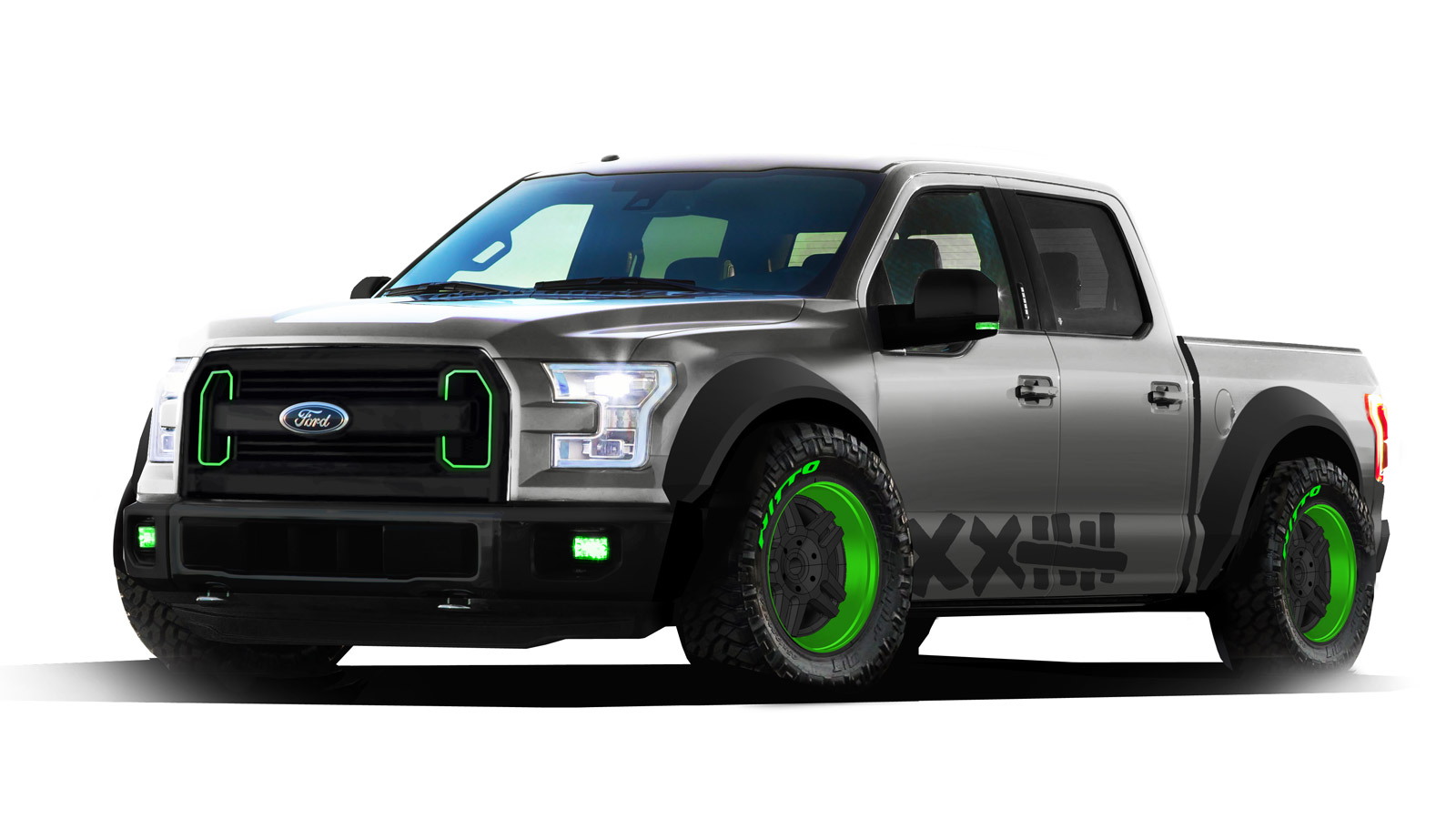 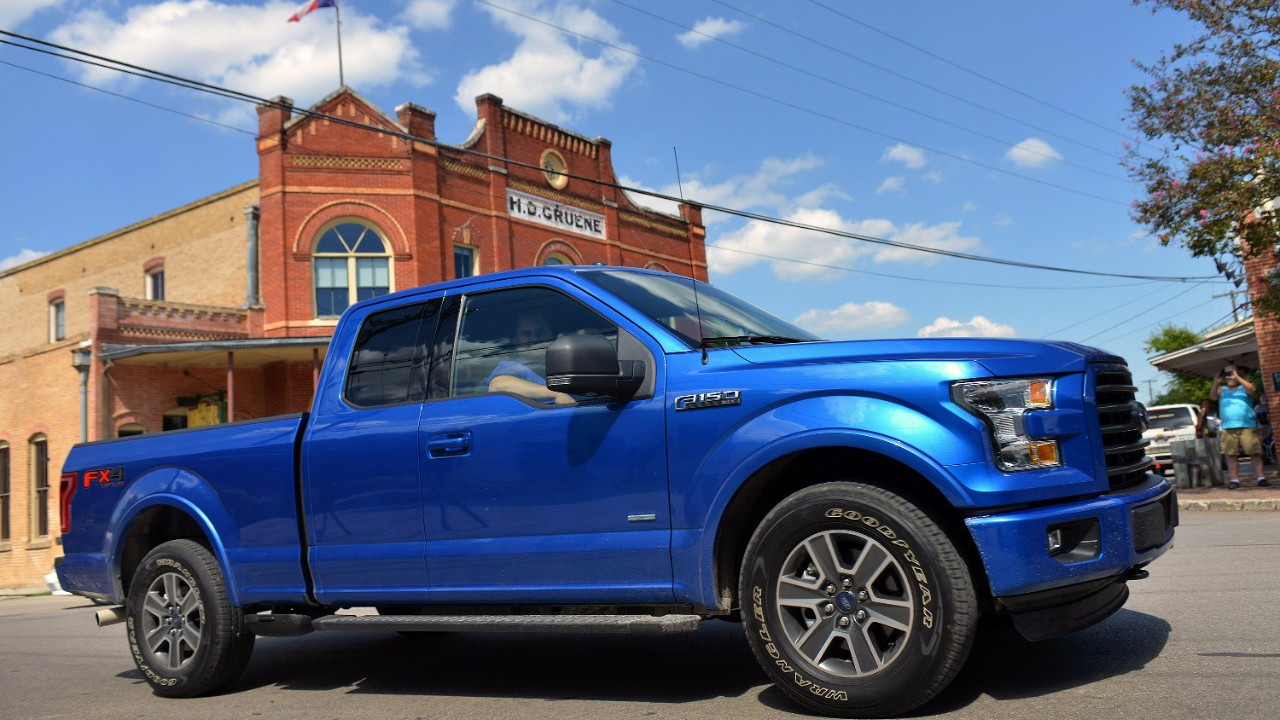 Having shed around 700 pounds compared to its predecessor, the 2015 Ford F-150 is already the smartest, toughest and most capable F-150 ever launched by the Ford Motor Company [NYSE:F]. But at next month’s SEMA show in Las Vegas we’ll get a look at how tuning firms intend to further improve the formula. Here's a quick preview of two examples.

The first is from Ford Racing’s Brian Deegan, who previously ran in the Lucas Oil Off Road Racing Series with a F-150 SVT Raptor. Ford is yet to introduce a Raptor variant for the latest F-150 but Deegan's version heading to SEMA is said to feature a number of upgrades similar to those on his racing truck.

The second modified 2015 F-150 comes from drifter Vaughn Gittin Jr. Modifications made to the vehicle include custom suspension, a few visual tweaks and a pair of Recaro seats.

This year’s SEMA runs from November 4-7. In the meantime, read a full review of the 2015 Ford F-150 over at our sister site The Car Connection.