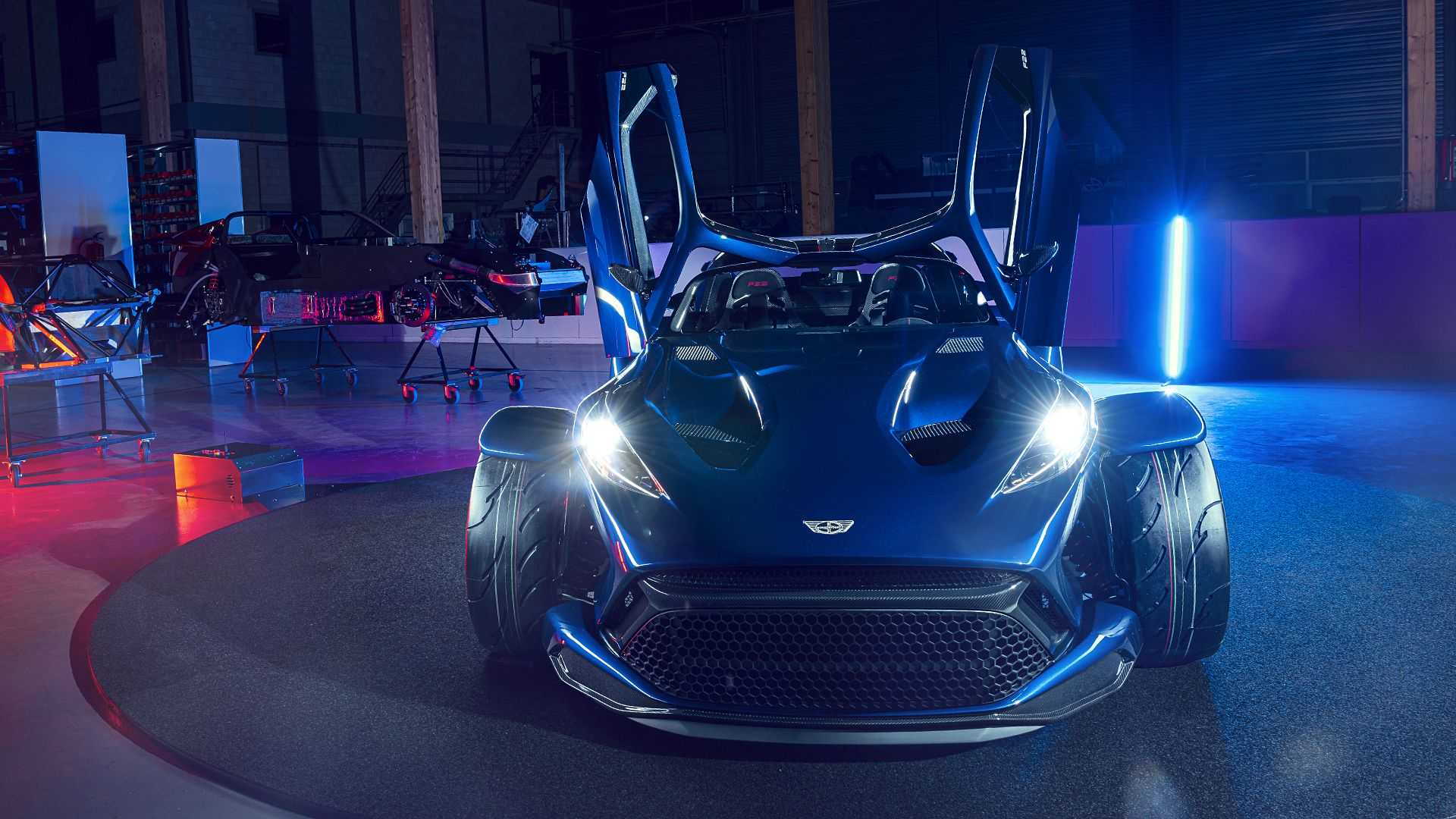 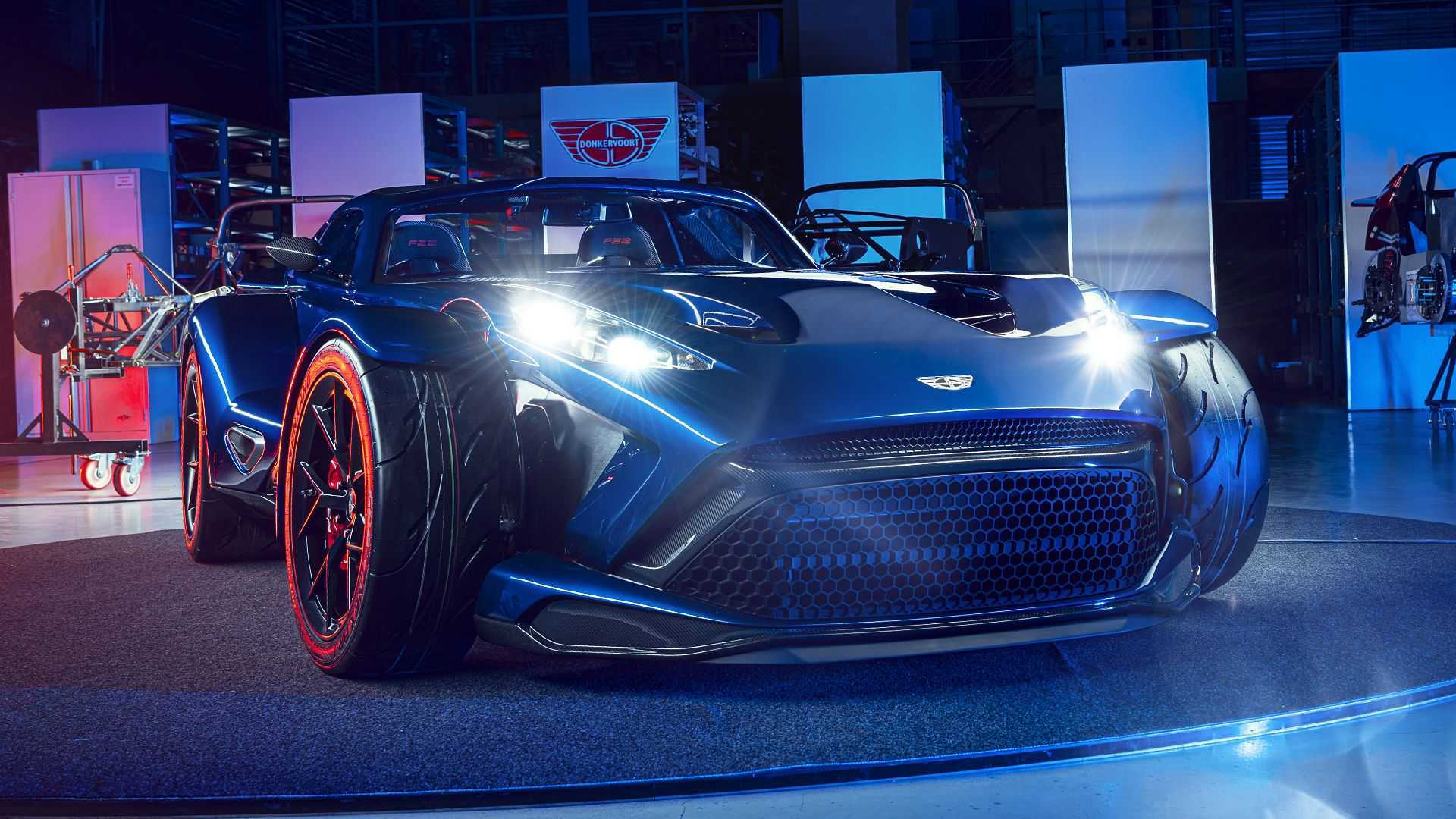 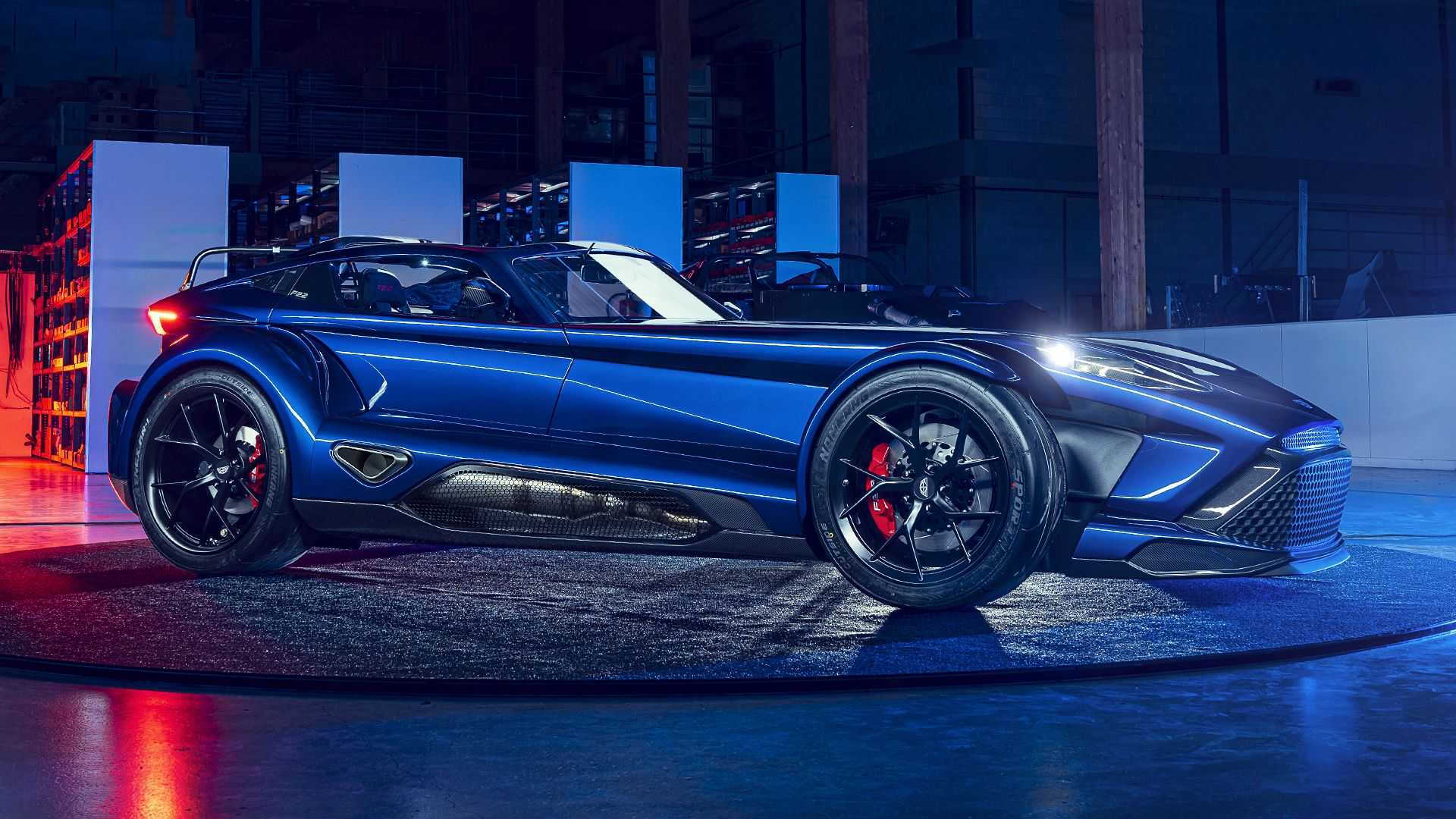 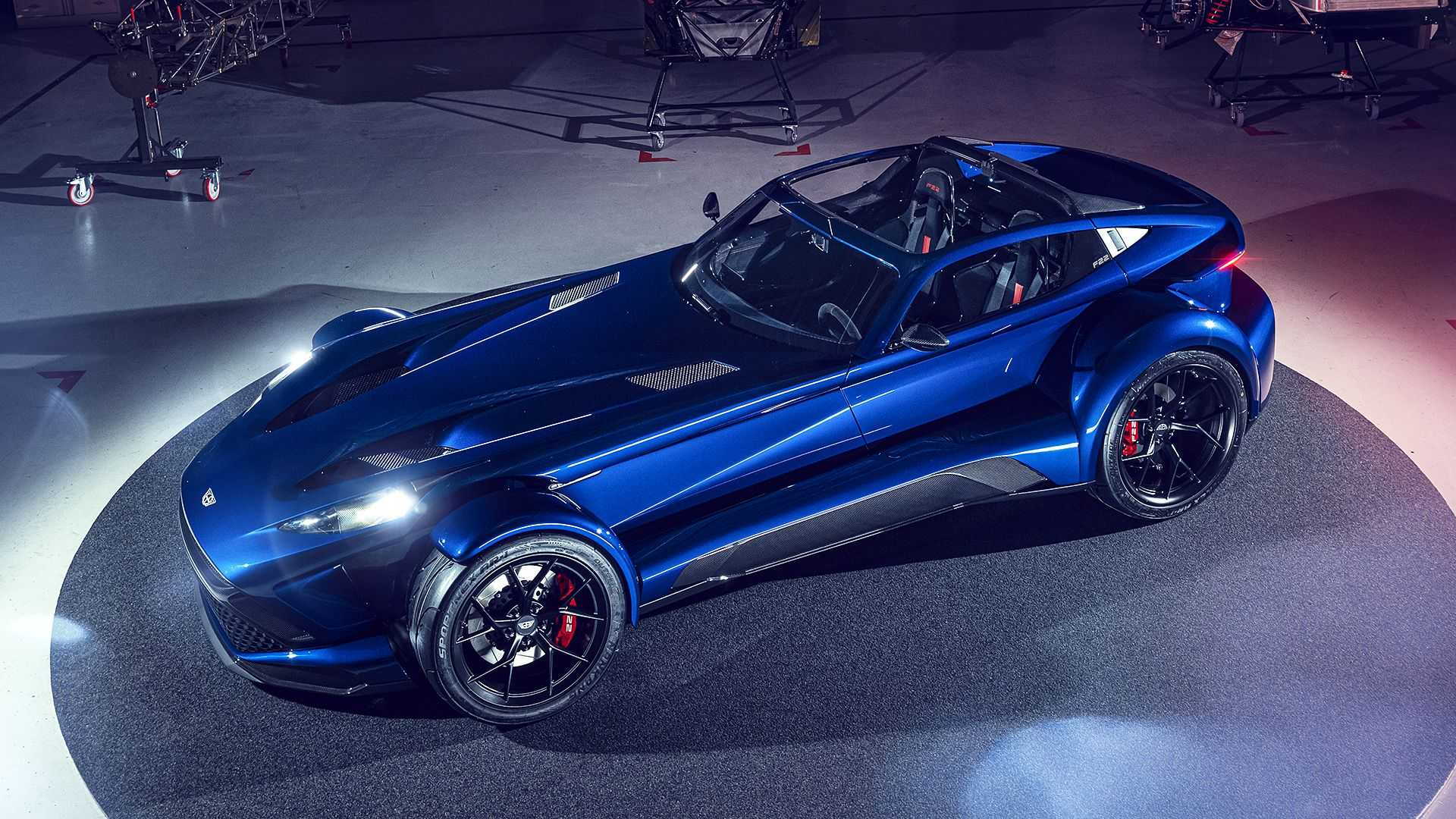 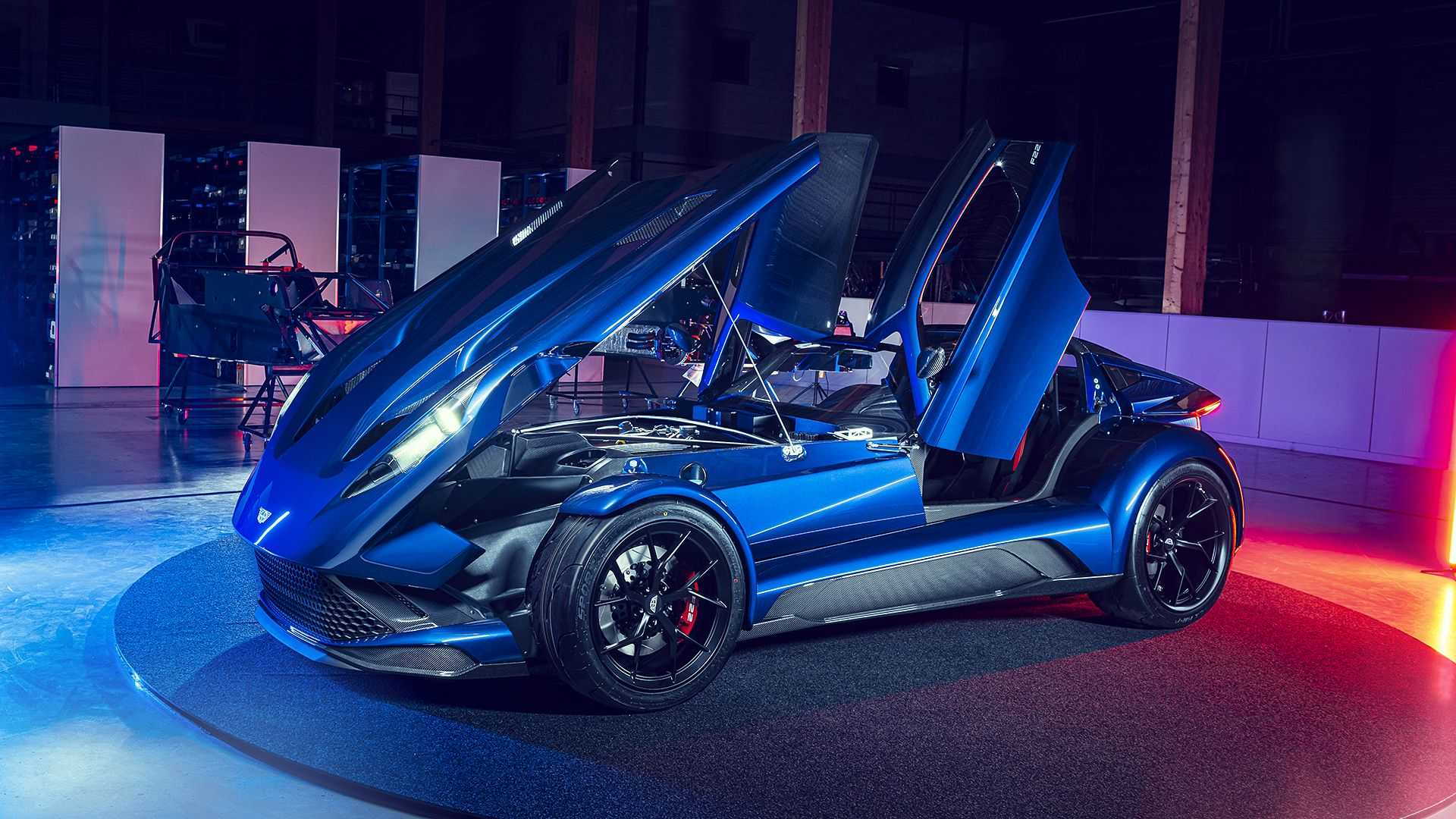 Donkervoort on Sunday revealed the F22 as its follow-up to the D8 series of track cars.

The F22 is a larger, more civilized car than Donkervoort's typical track machines, with more space and added comfort features, though its performance is still unmatched in many respects, such as the claimed ability to deliver 2.15 g of lateral acceleration, as well as a dry weight of about 1,650 pounds.

The F22 doesn't get its name from the fighter jet but is instead a nod to Filippa Donkervoort, the daughter of current Donkervoort CEO Denis Donkervoort. She was born on May 22, 2022.

The car's proportions are similar to those of the D8, but underpinning it is a new design consisting of tubular steel and carbon-fiber sections. The body is mostly carbon fiber and features a removable roof, making the car a targa. 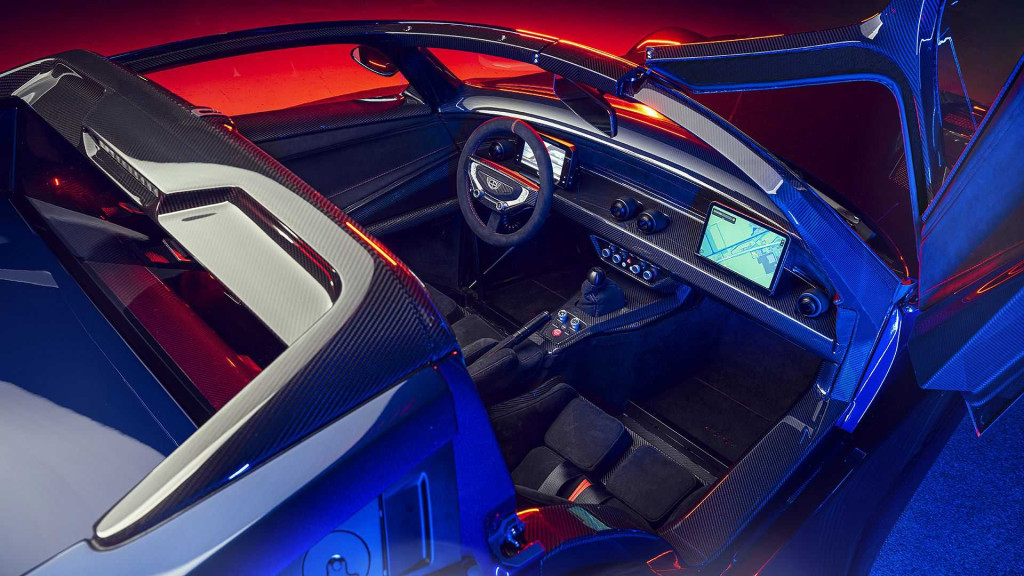 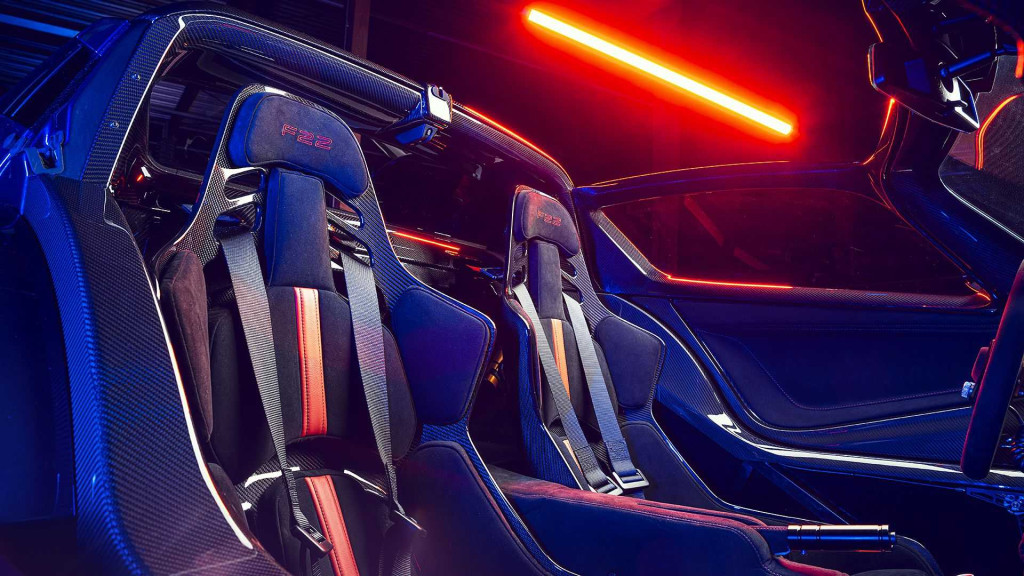 For the carbon parts, Donkervoort uses its own production process known as Ex-Core. The process relies on self-heating molds that use expanding foam to apply pressure to the carbon-fiber layers within the mold. Specialized software and removable heat cartridges with built-in sensors optimize heat transfer during the molding process. According to Donkervoort, the process cuts costs between 30% and 50% less compared to the traditional method of using pre-pregnated carbon fiber and an autoclave.

Inside the cabin of the F22, Donkervoort has grouped many of the controls on the steering wheel, allowing for a dash design that's largely uncluttered. An iPad Mini-based infotainment system can be added as an option. Harnesses can also be added for the standard Recaro bucket seats.

The engine is mounted in front of the cabin but in a midship position for improved weight distribution. It's the familiar Audi-designed 2.5-liter turbo-5 used in multiple Donkervoort products, as well as the most recent RS 3 and TT RS from Audi. In the F22, the engine tuned to deliver 492 hp and 472 lb-ft of torque, or enough for 0-62 mph acceleration in 2.5 seconds and a top speed of 180 mph, according to Donkervoort. Drive goes to the rear wheels via a 5-speed manual.

Donkervoort plans to build a total 75 units. The starting price is 245,000 euros (about $258,000 based on current exchange rates) and deliveries in Europe are scheduled to commence in early 2023. Donkervoort hasn't said whether the F22 will make it to the U.S. but the company in July signed its first local distributor, which should help the car's chances of making it here.