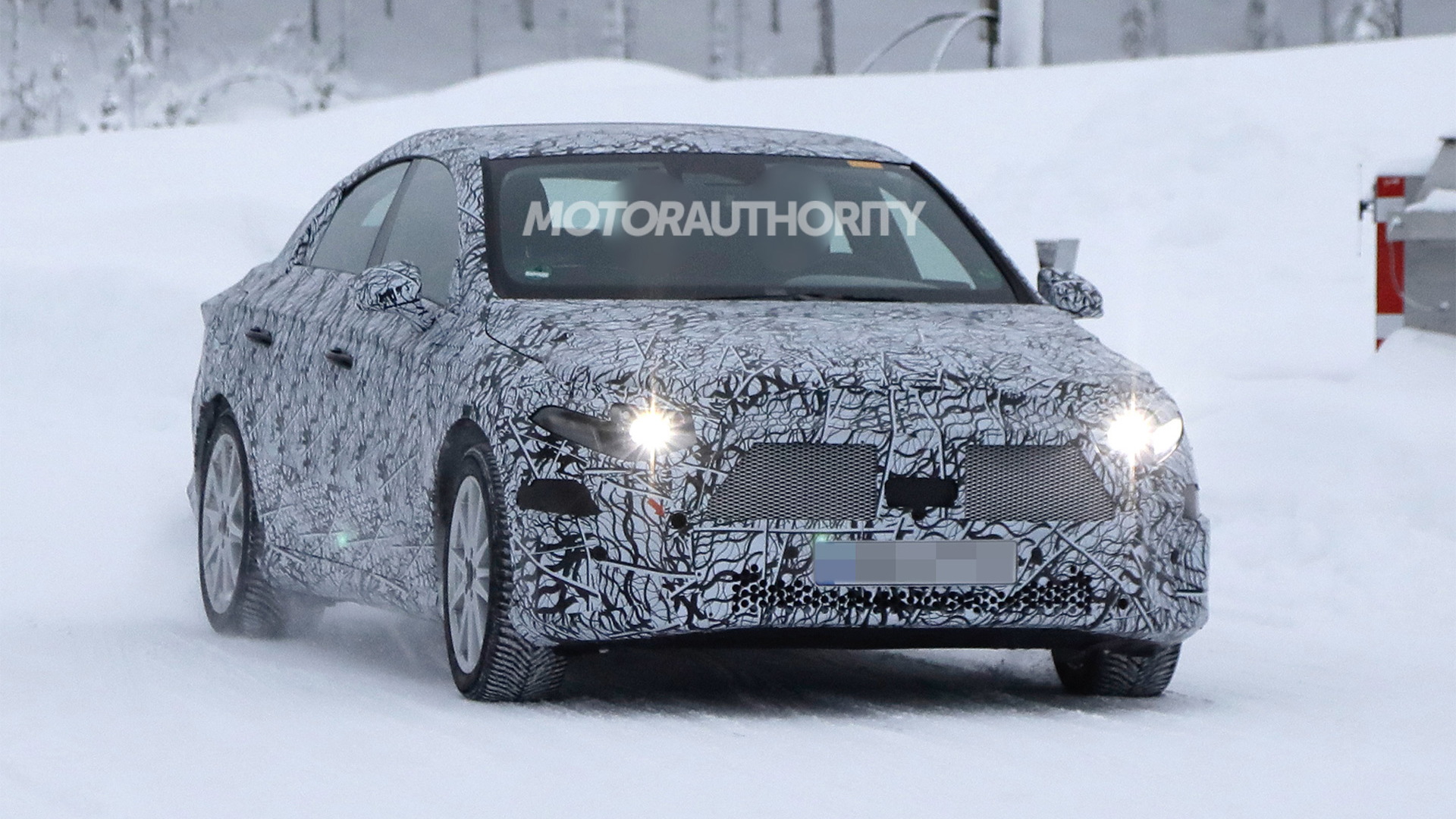 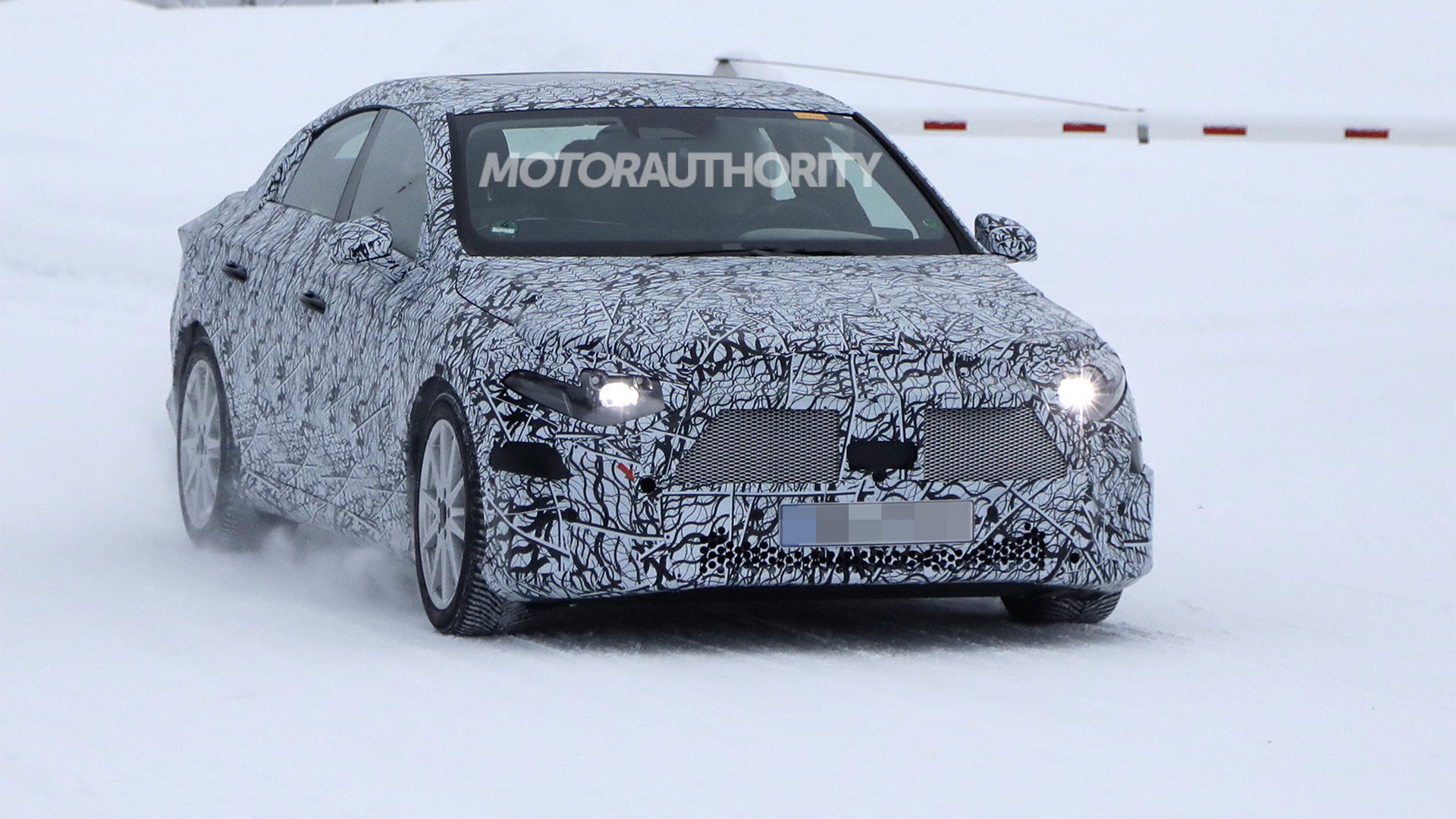 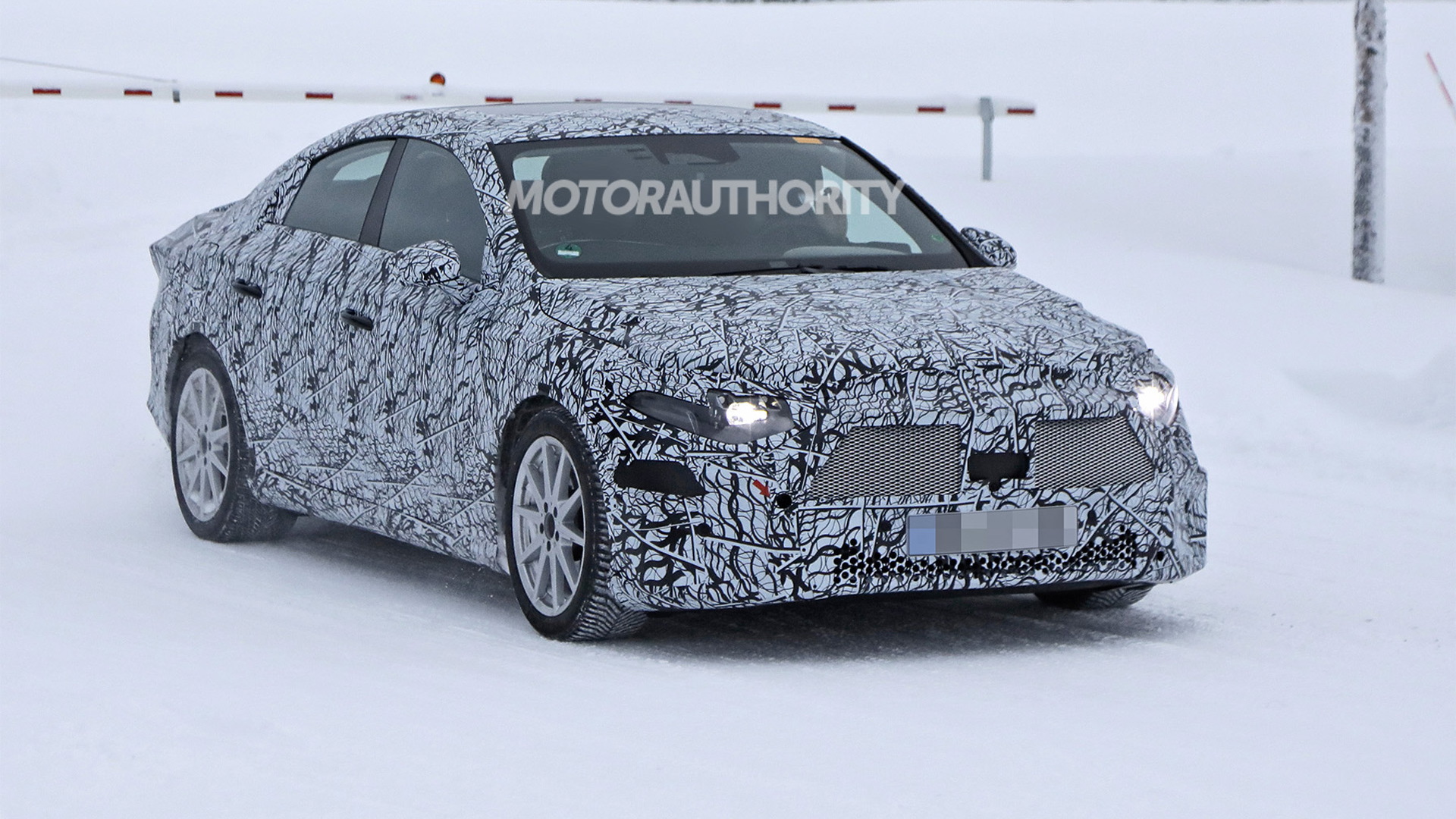 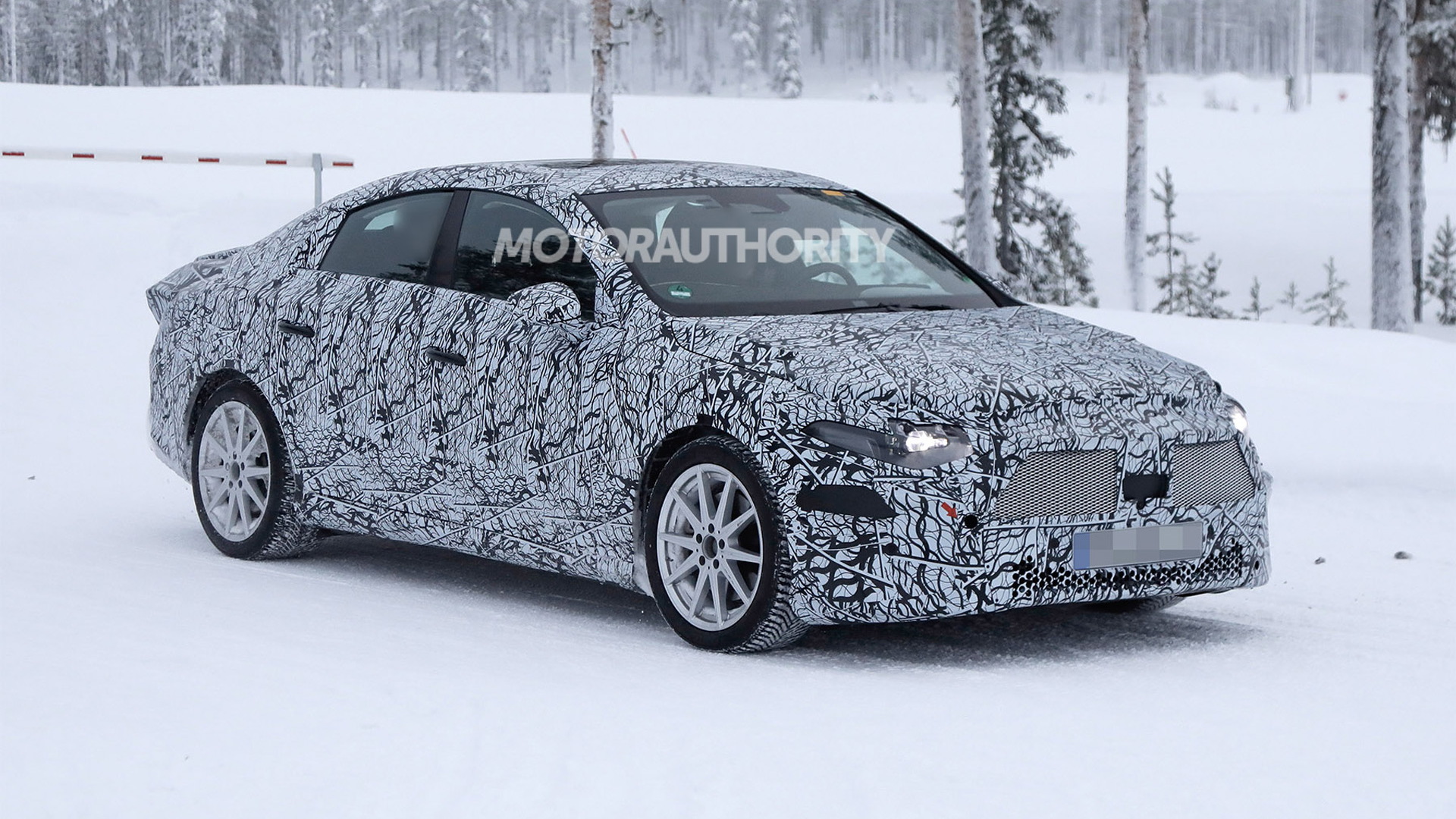 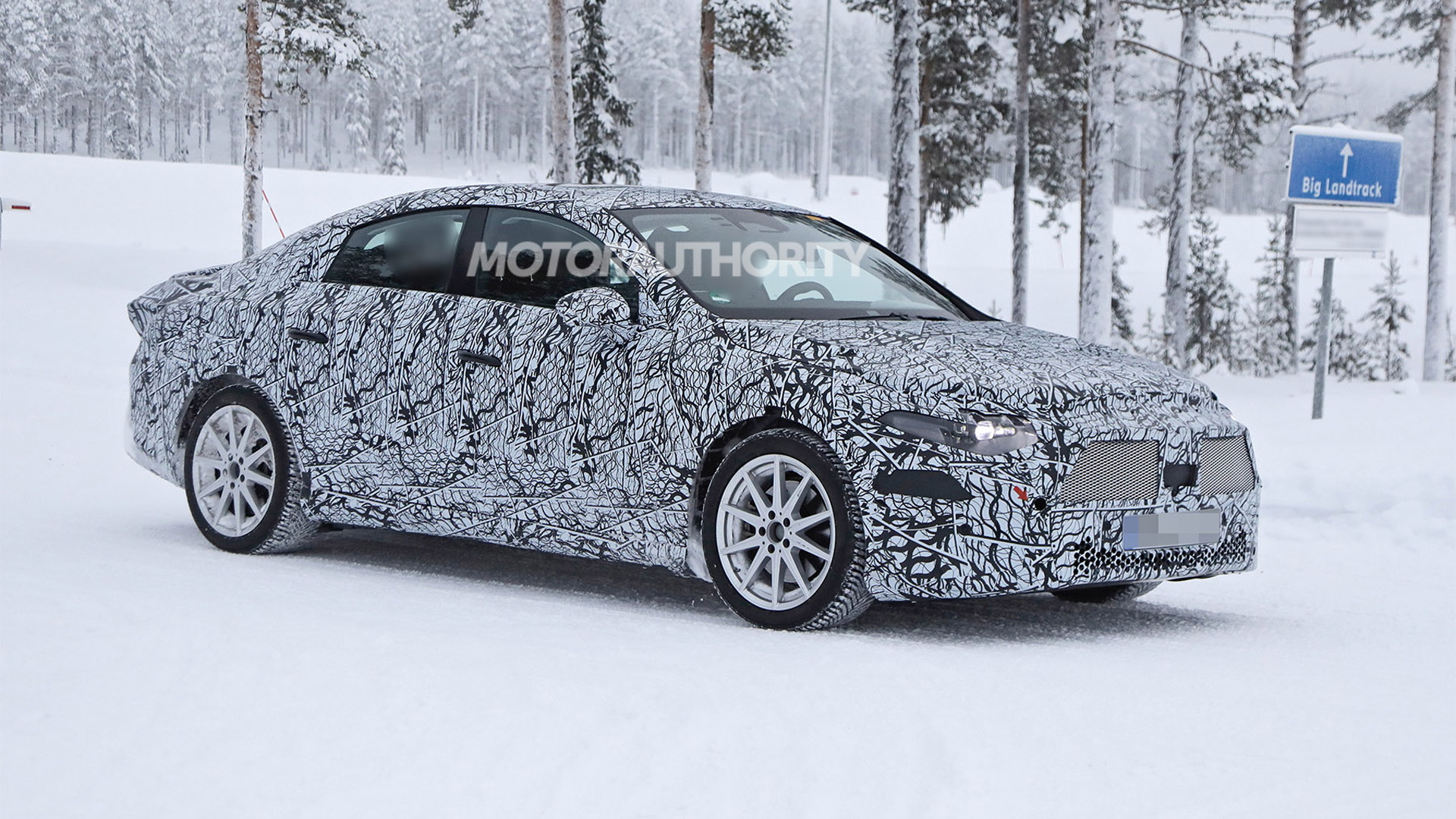 Mercedes-Benz has been spotted testing a compact electric sedan with coupe-like styling, which will likely end up as an electric alternative to the CLA-Class.

It isn't clear what it will be called, but if Mercedes sticks to its current naming practice the sedan might be called the EQA. If that happens, the current EQA compact electric crossover sold overseas would need to be rebranded as the EQA SUV, something that has a strong chance of happening next year when the current EQA is updated along with the related GLA-Class.

The prototypes are believed to be the first testers based on the automaker's next-generation platform designed for compact cars, referred to as the MMA (Mercedes Modular Architecture).

The MMA platform will support both hybrid and fully electric powertrains, and will be Mercedes' last to accept internal-combustion engines. All future platforms from Mercedes will be EV-only as the automaker prepares to go fully electric by 2030.

The MMA platform is expected to spawn its first model around 2025, likely to be this sedan. The platform will eventually be used for all Mercedes models ranging up to and including the C-Class segment. Above this, Mercedes will have the MB.EA platform for medium and large models, the AMG.EA for high-performance models from AMG, and the Van.EA for light commercial vehicles.

The prototypes are heavily camouflaged, but the styling cues appear similar to current Mercedes themes, though perhaps the car will get some influences from last year's Vision EQXX concept car, particularly the side glass. Some of the technologies of the Vision EQXX should also make it into the new sedan, like the highly efficient energy recovery systems.

The sedan will be part of a slimmed-down compact range Mercedes refers to as Entry Luxury (further up are Core Luxury and Top-End Luxury). Other models in the Entry Luxury group are expected to include the CLA-Class, CLA-Class Shooting Brake, GLA-Class, and GLB-Class, all of which will likely have an EQ-badged electric option, though there are also rumors the EQ naming practice is on its way out.

In an effort to focus on more profitable, high-end vehicles, the current A-Class and B-Class are expected to be phased out. The A-Class has already been dropped in the U.S.