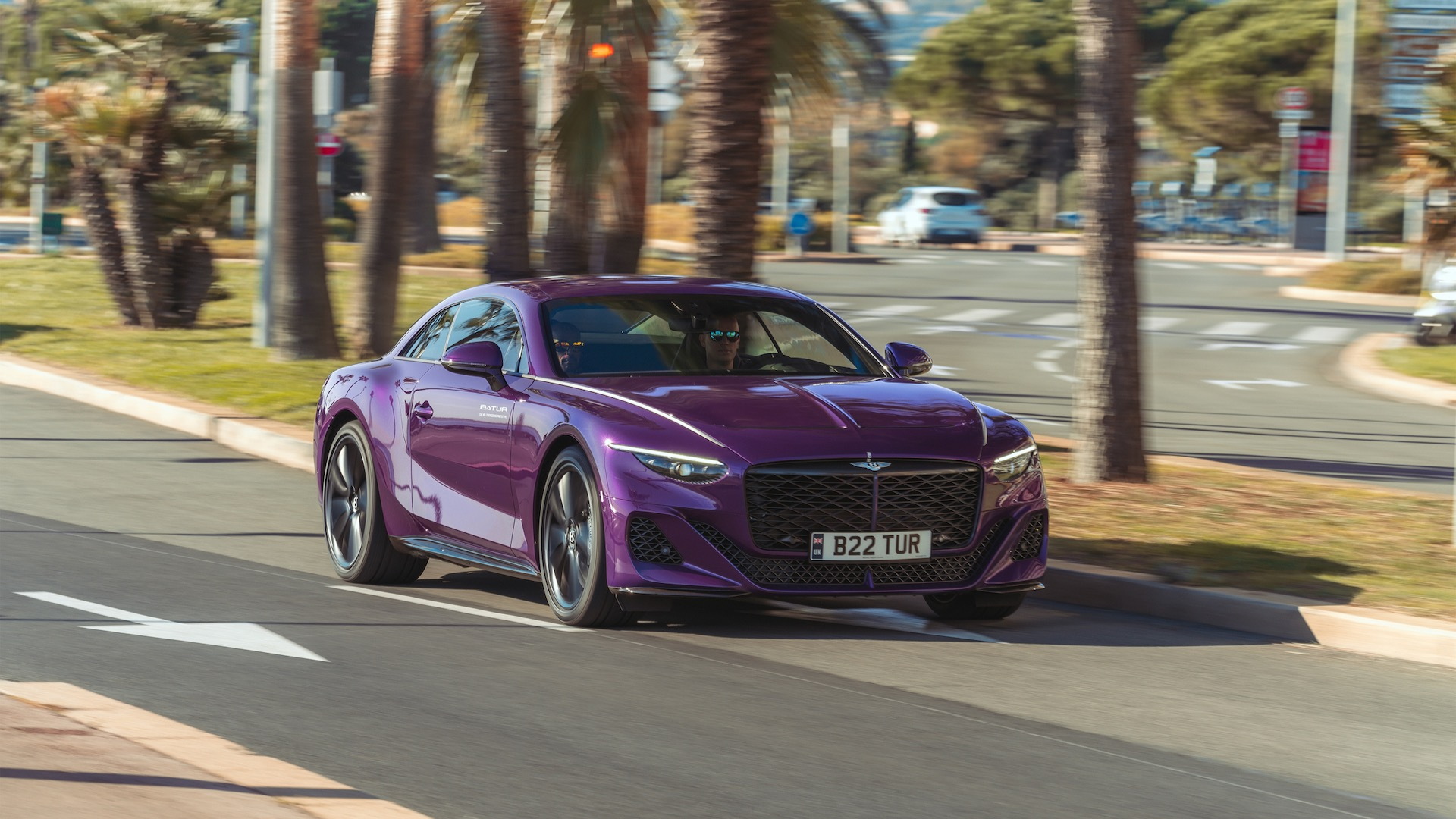 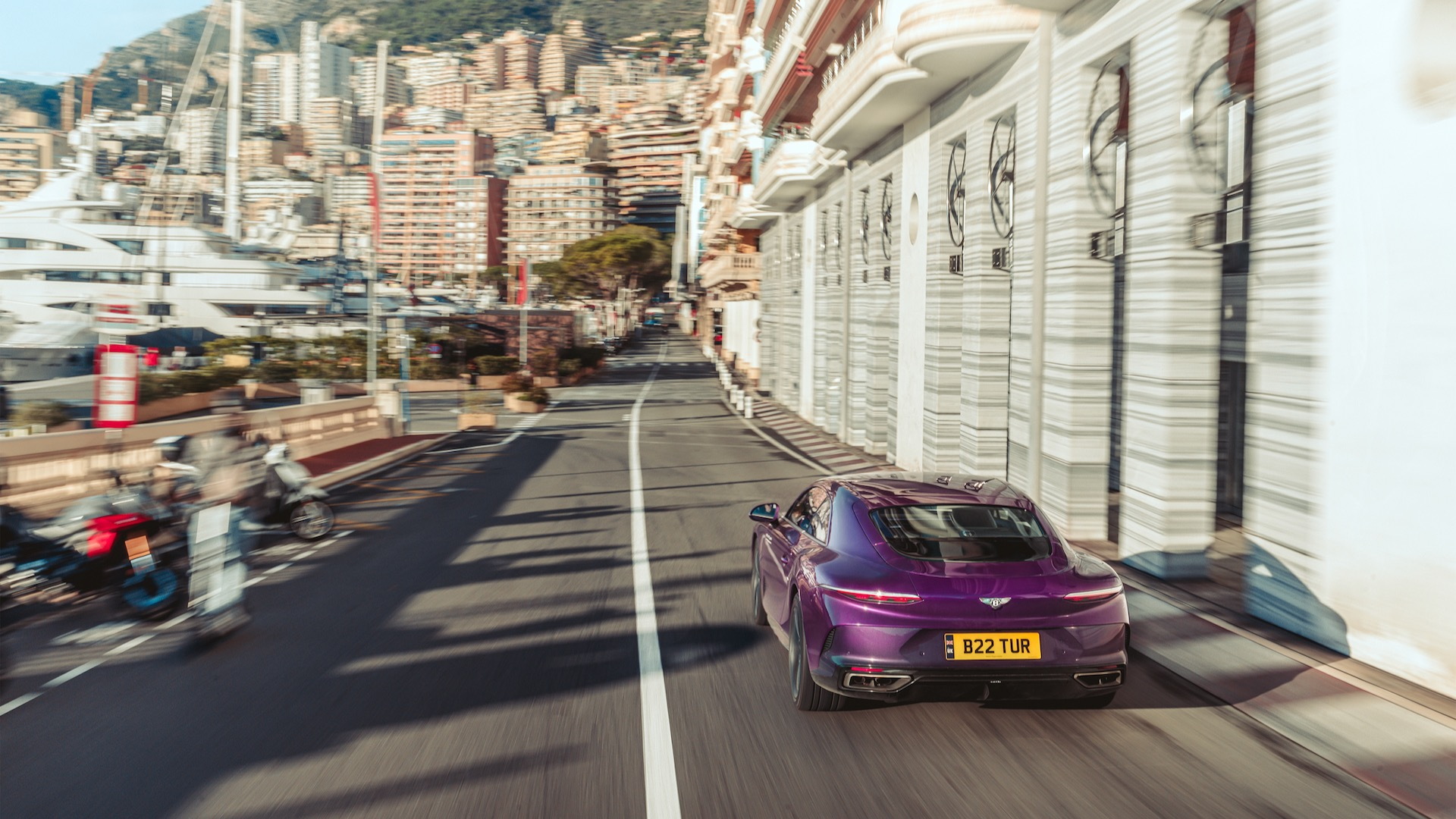 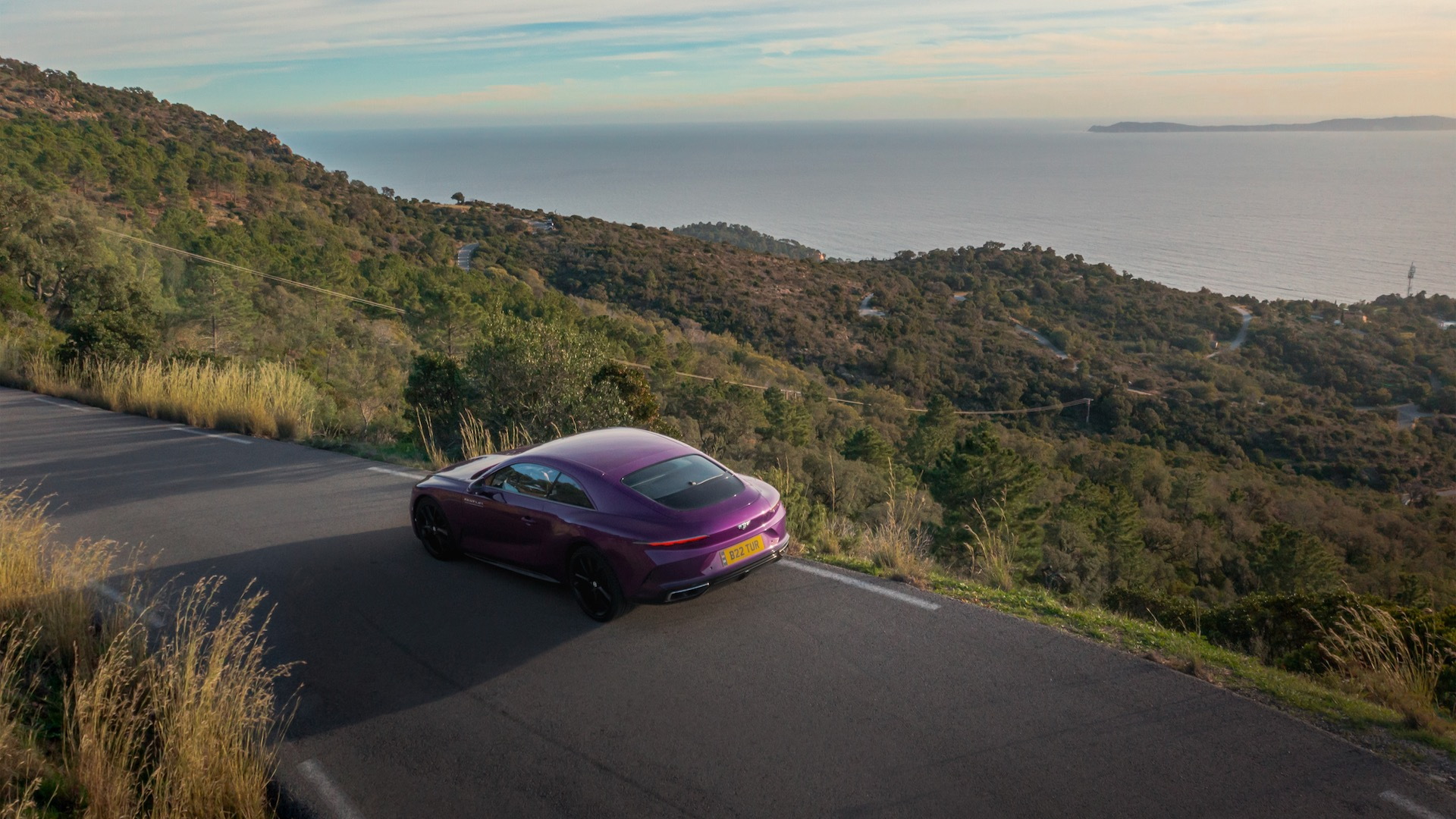 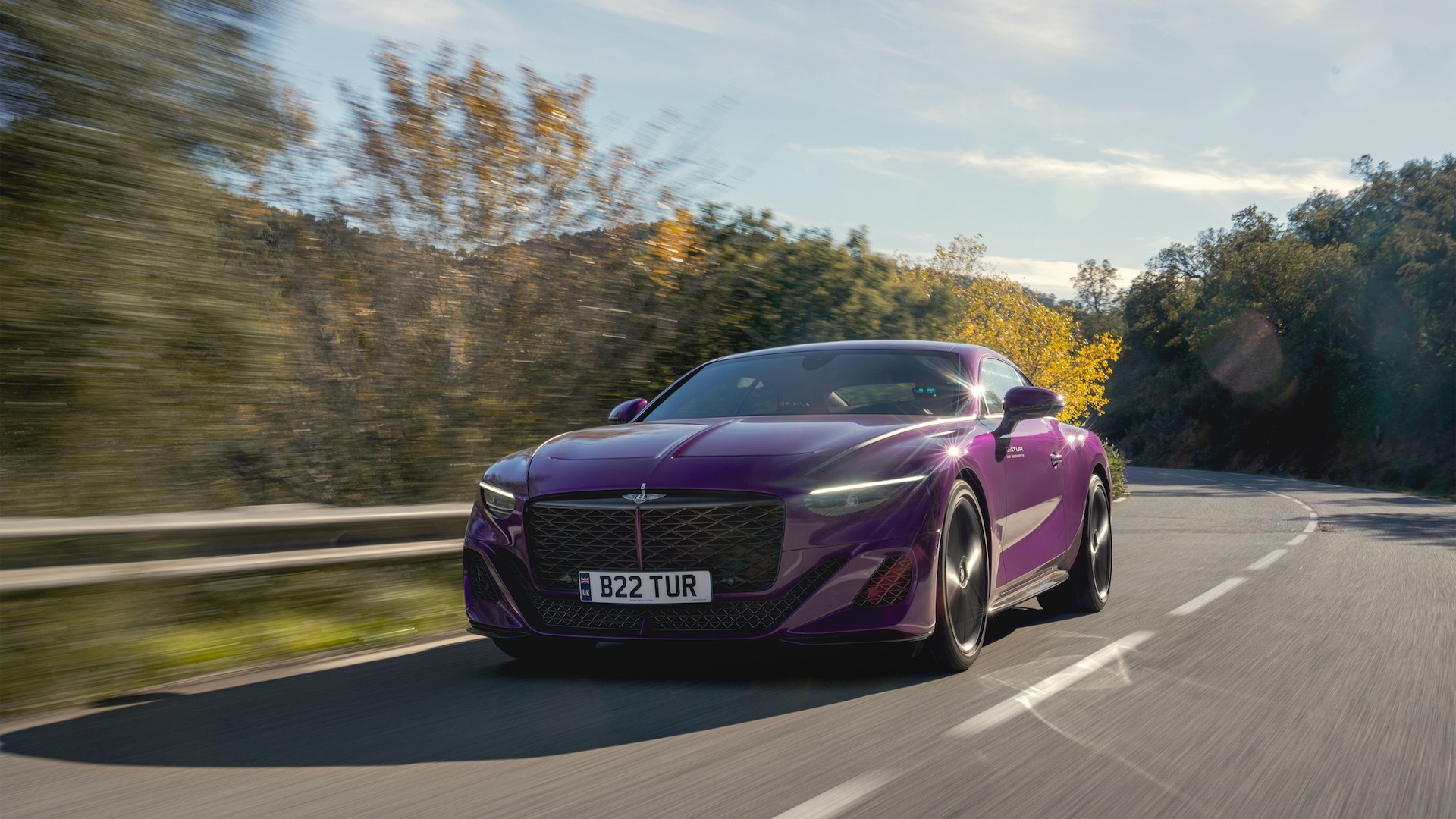 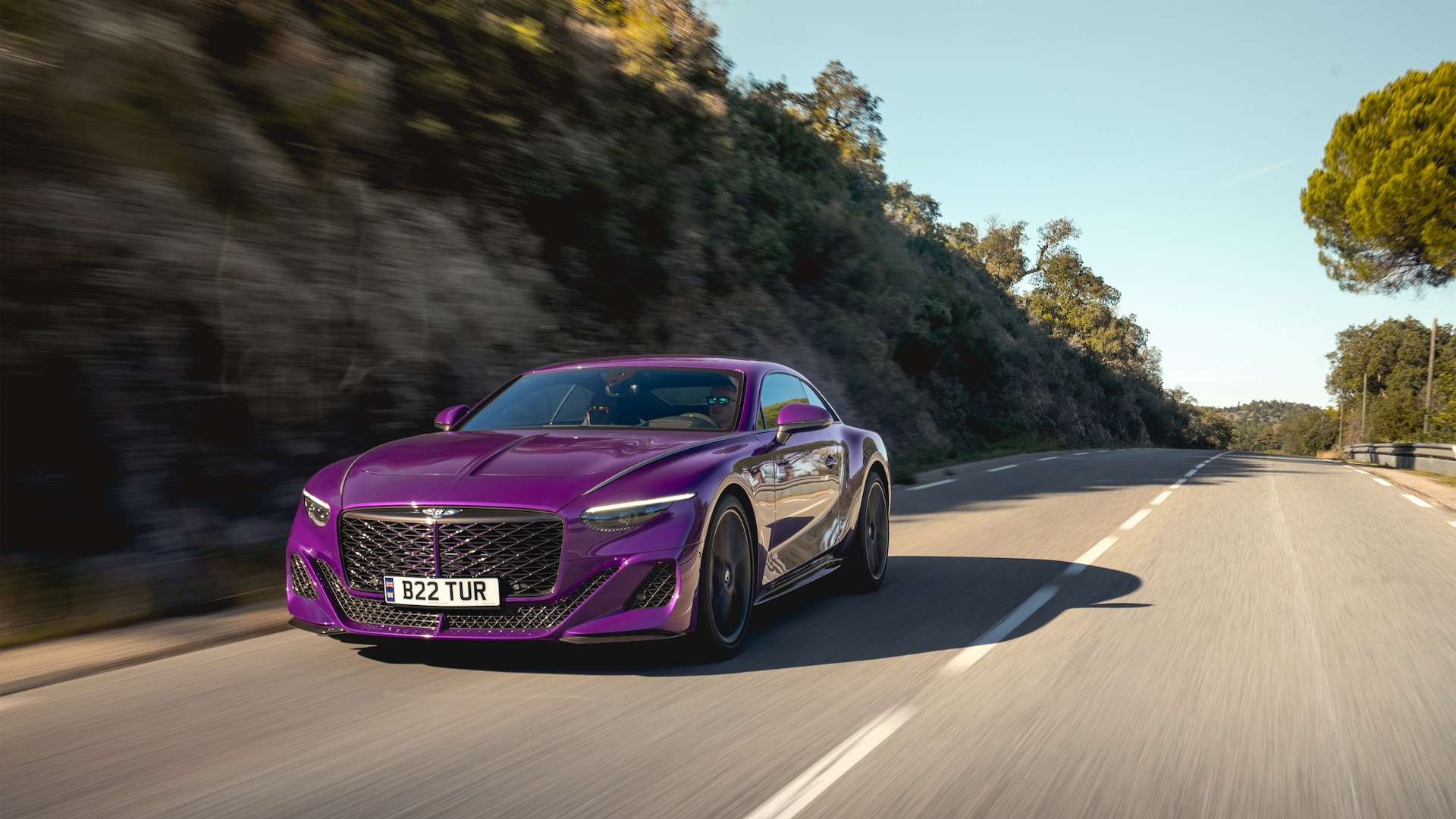 The limited-edition Bentley Batur coupe is undergoing testing ahead of a planned start of deliveries in mid-2023.

The first development vehicle—Car #0—kicked off the test program with a 1,553-mile drive across Europe, traveling from Germany through Italy, France, and Spain. That will be followed by seven weeks of durability testing at Bentley's proving grounds, then another 4,660 miles of real-world driving.

Over four weeks, Car #0 will also undergo 600 hours of direct sun exposure, equivalent to five years in an Arizona desert, according to Bentley. The Batur features some new materials, such as natural fibers as a more sustainable substitute for carbon fiber, and this part of the test program will give engineers a better idea of how they hold up over the long term.

While it is a development car and won't be delivered to a customer, Car #0 is finished the same as the production cars inside and out—including a bespoke paint color called Purple Sector. The only giveaways of its role as a test car are small white arrows affixed to the exterior that allow engineers to track any shifting of the body panels.

For the Batur, Bentley's familiar twin-turbo 6.0-liter W-12 is tuned to produce 730 hp and 740 lb-ft of torque, which gives the Batur the highest output of any road-going Bentley. That added power comes from a new air intake, modified turbochargers, and revised intercoolers. The stability control was also recalibrated. All of these changes were validated with more than 100 weeks of development time, according to Bentley.

Unveiled during the 2022 Monterey Car Week in August, the Batur serves as a bridge between Bentley's internal combustion past and electric future. It's based on the bones of the Bentley Continental GT Speed, but its styling previews future electric models, the first of which is scheduled to launch in 2025.

Just 18 Baturs will be built for customers, and every build slot has already been filled despite an estimated $1.95 million price tag for each. The testing program may seem like a lot of effort for such a small number of cars, but it's obligatory for any new vehicle. Fellow Volkswagen Group brand Bugatti, for example, recently completed a similar development process for its Centodieci hypercar, which is limited to just 10 units.