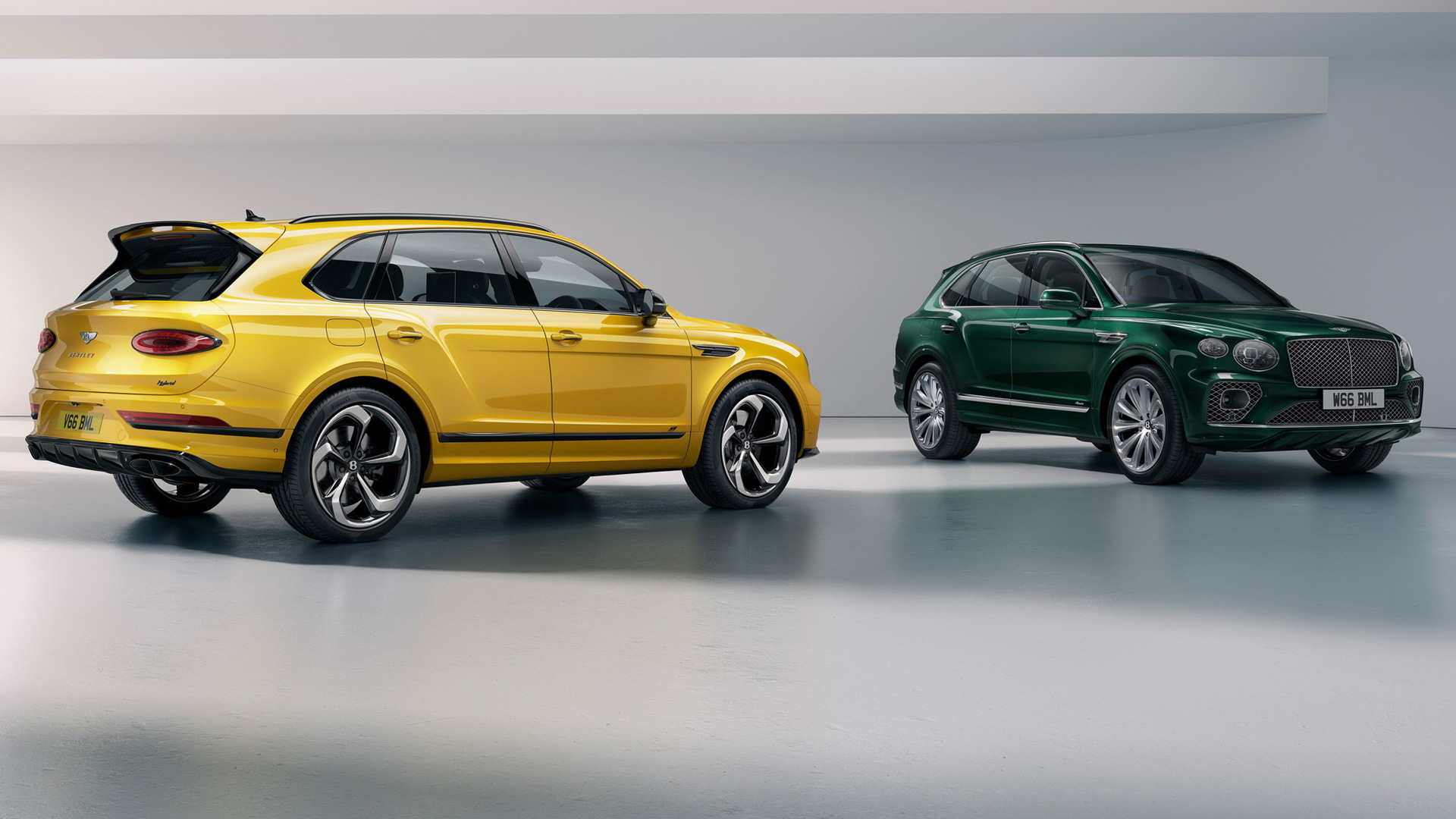 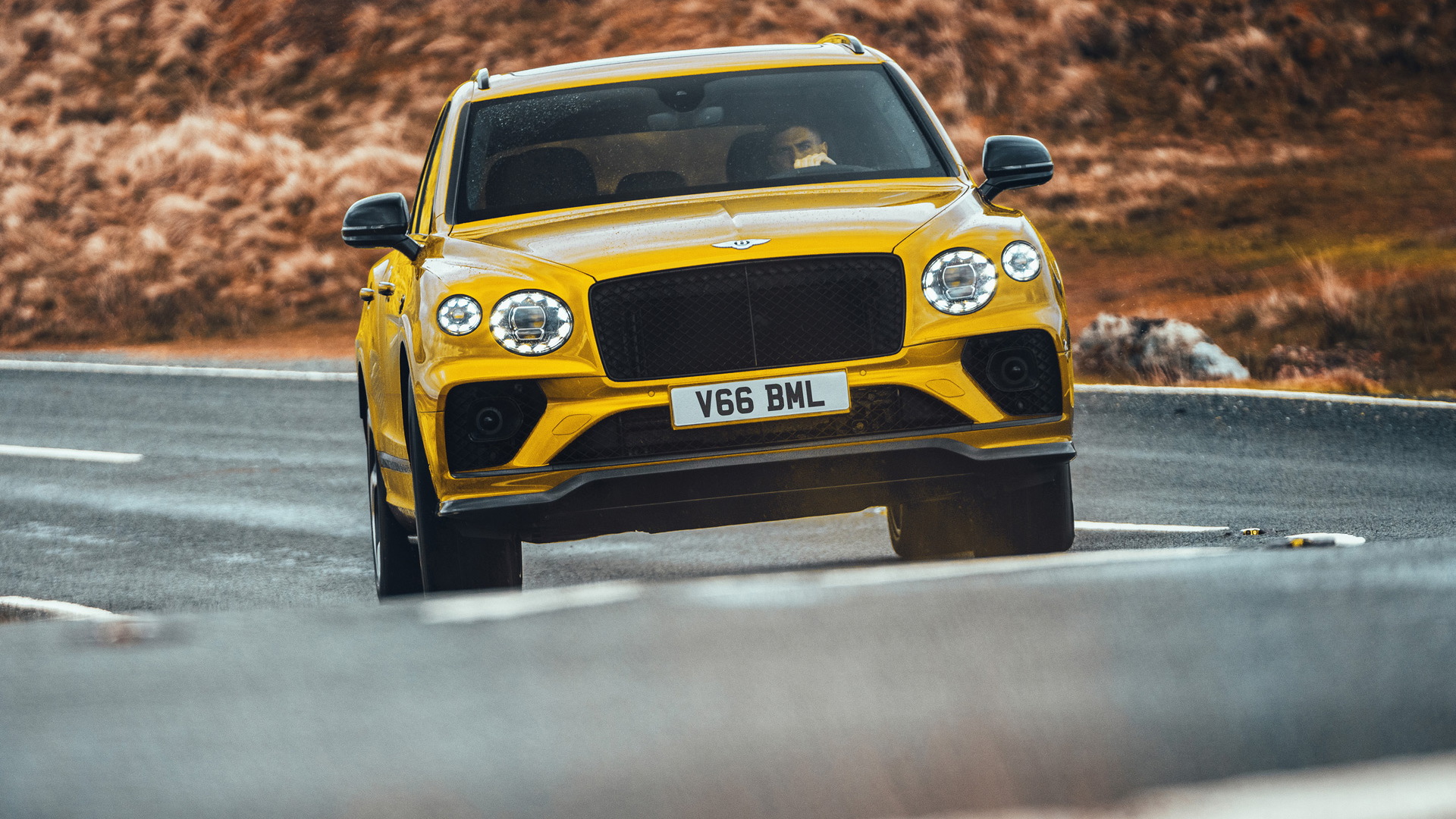 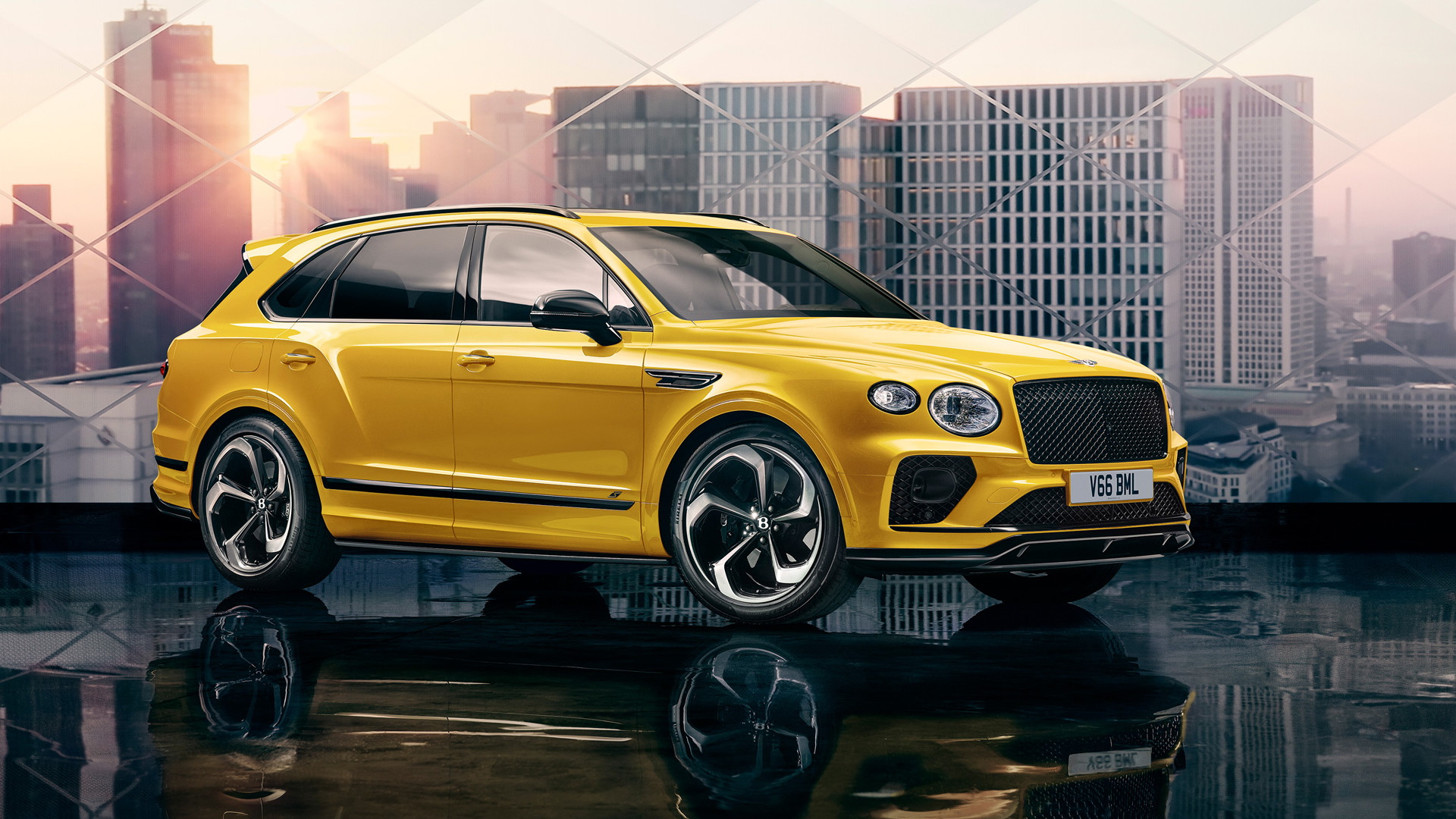 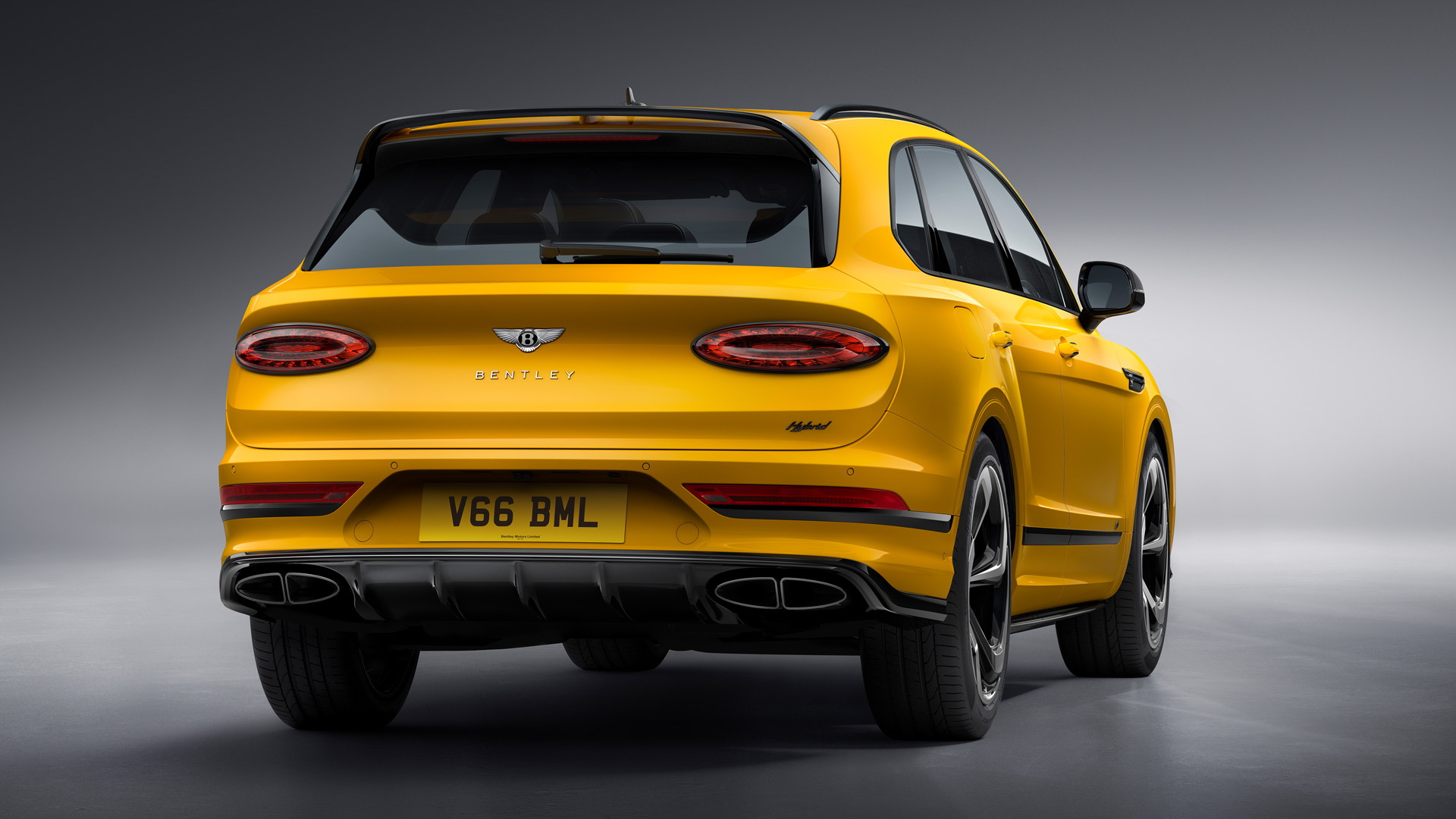 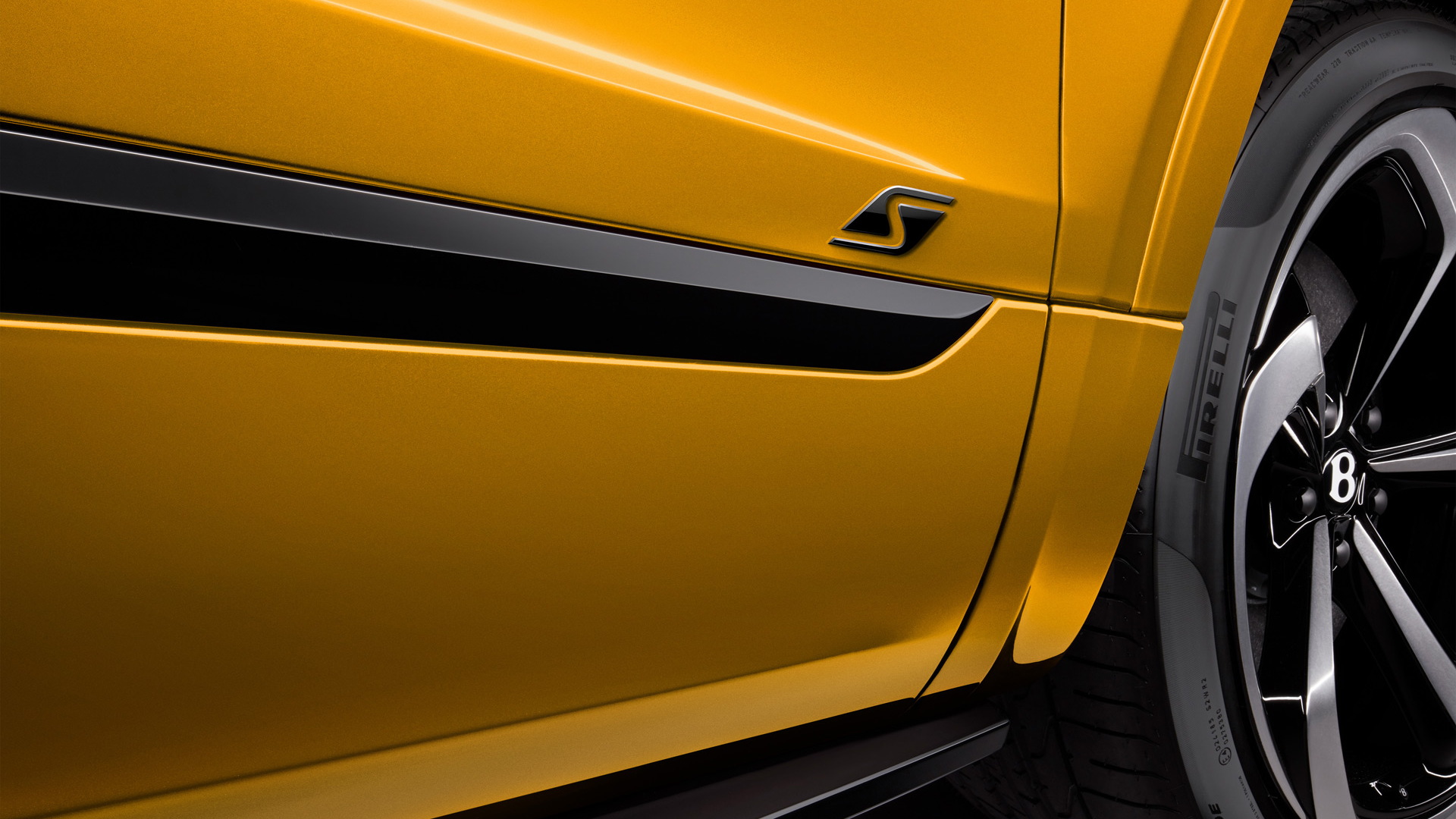 Bentley's Bentayga Hybrid has two new variants to join the standard SUV, the S and Azure.

Their arrival means 50% of Bentley's lineup, which consists of 14 variants all up, now offers a hybrid powertrain.

For the Bentayga Hybrid, the powertrain is common across the range, consisting of a twin-turbo 3.0-liter V-6 in combination with an electric motor integrated with an 8-speed automatic transmission. Peak output of the system is 456 hp and drive is to all four wheels. An 18-kwh battery means a pure electric range is possible. Bentley estimates a figure of 27 miles.

The Bentayga S Hybrid has been developed with performance fans in mind. The suspension damping is increased 15% in Sport mode. The mode also enhances the sound coming from the engine bay. The Bentayga S Hybrid also has an exhaust system with sound that can be adjusted differently for front- and rear-seat passengers.

Like the V-8-powered Bentayga S, the Bentayga S Hybrid features sporty styling elements including black accents instead of the usual chrome, a subtle roof-mounted spoiler, darkened taillights, red brake calipers, and unique 22-inch wheels. The interior is dressed up with Dinamica trim, “S” logos, and illuminated treadplates. The digital instrument cluster also features dials like those used in the Bentayga Speed.

Performance includes 0-62 mph acceleration in 5.3 seconds and a top speed of 158 mph.

The Bentayga Azure Hybrid is all about a comforting, relaxing drive. In this regard, the vehicle features soft-colored interior elements, mood lighting, and front seats offering up to 22-way adjustability, as well as heating and cooling. Open-pore wood trim options include Dark Walnut, Crown-Cut Walnut and Koa.

On the outside, the vehicle can be identified by “Azure” badging and 22-inch wheels with a 10-spoke design.

Both new versions of the Bentayga Hybrid are currently available for order for delivery in 2023.