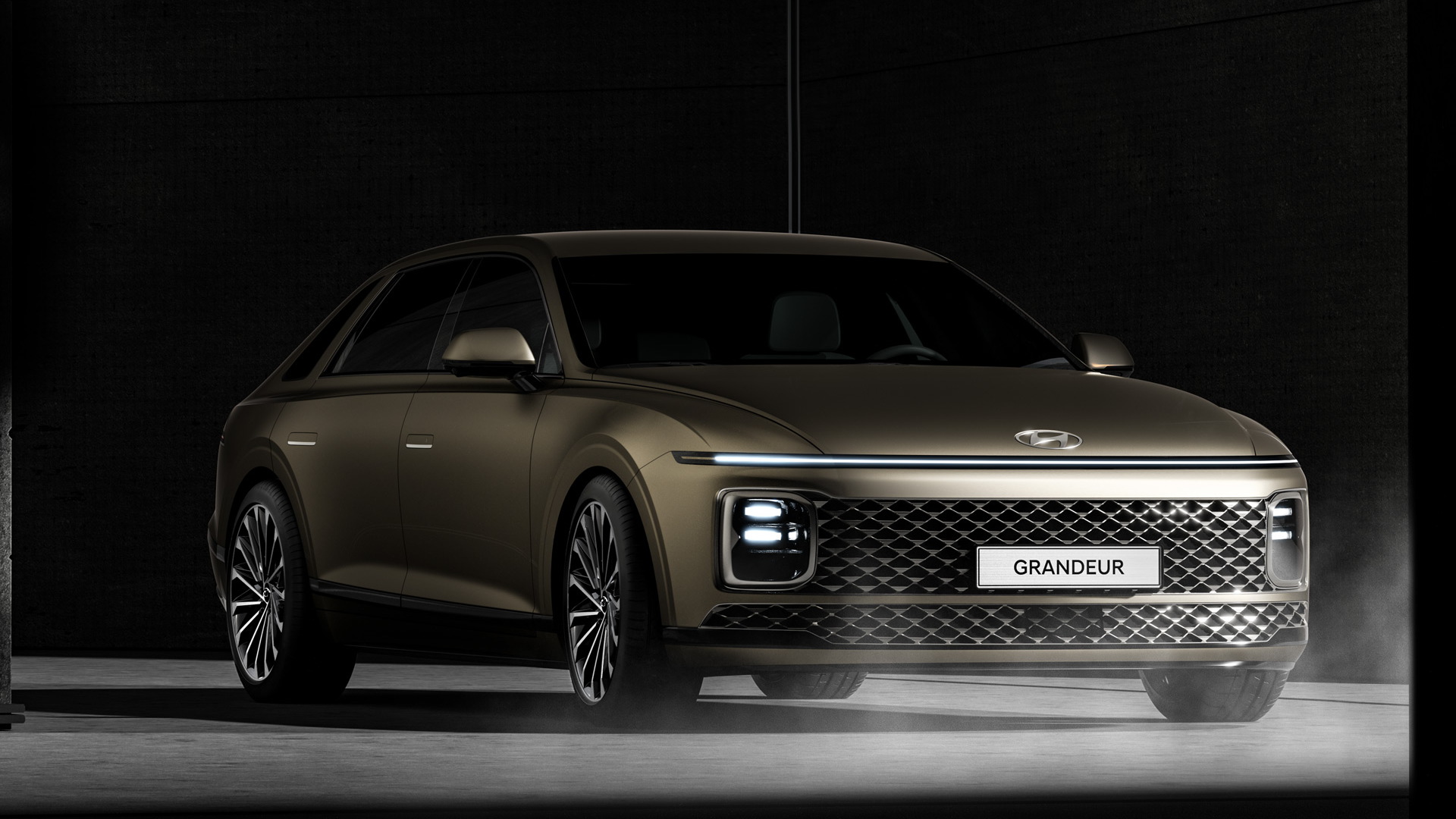 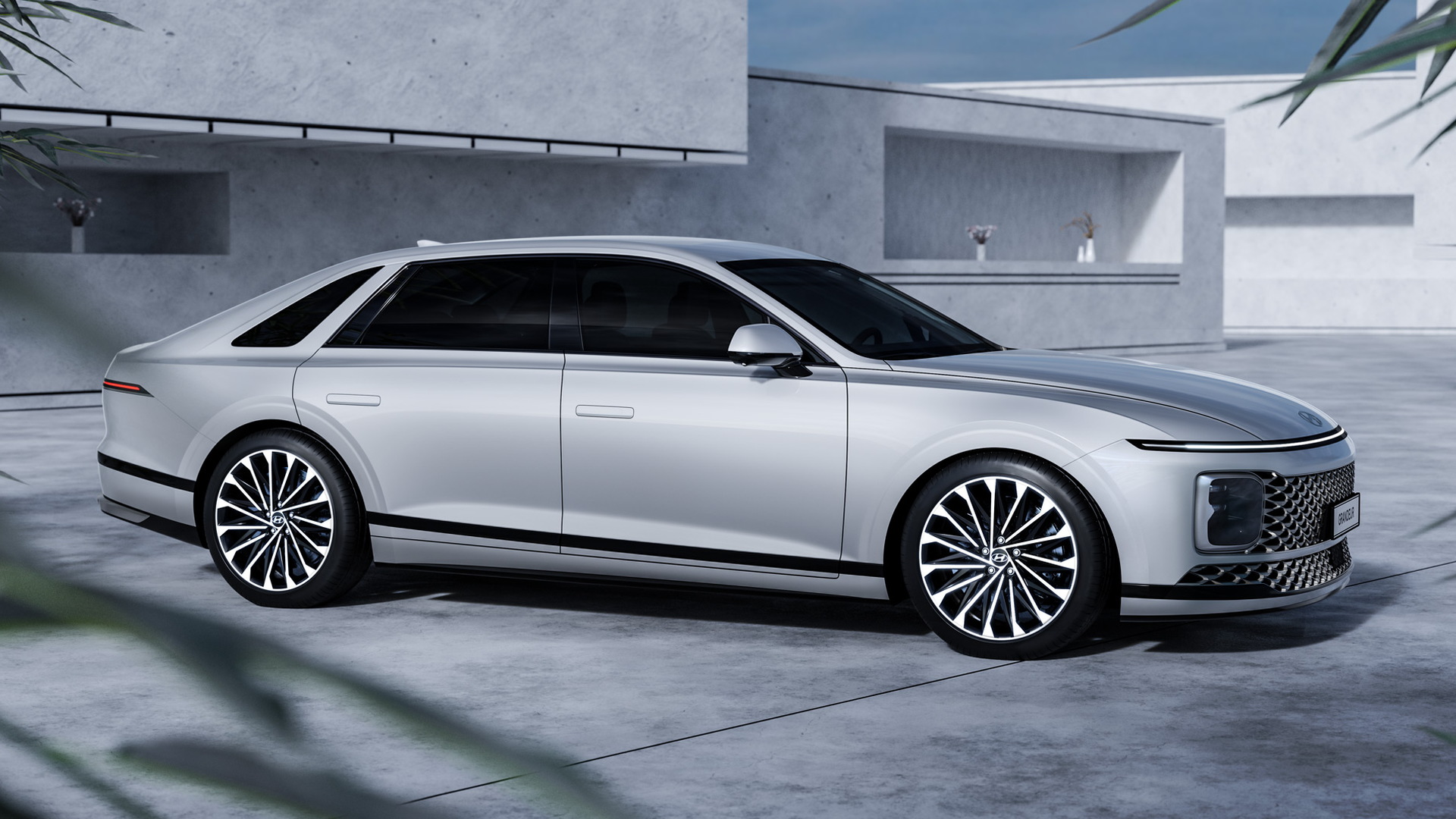 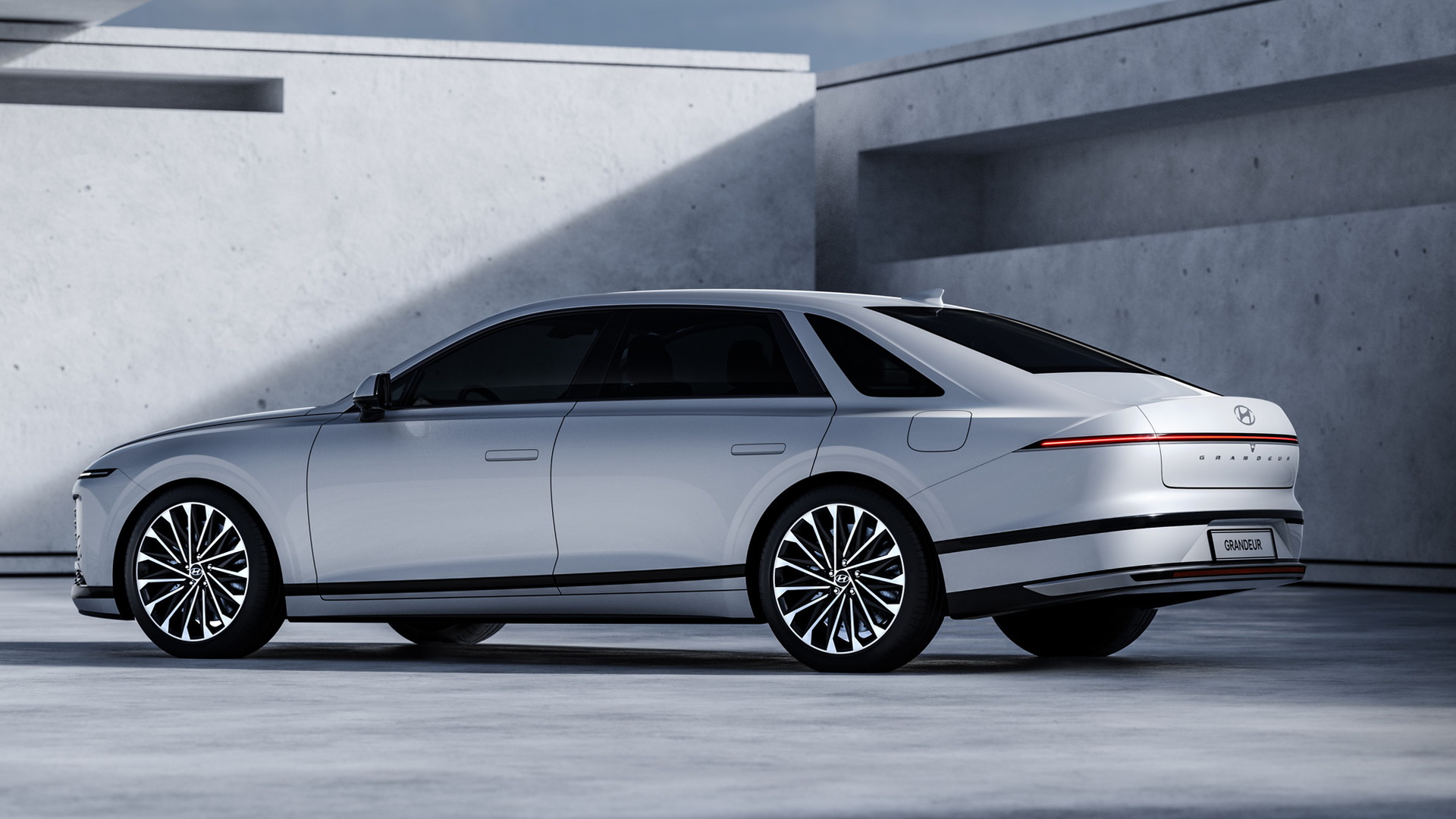 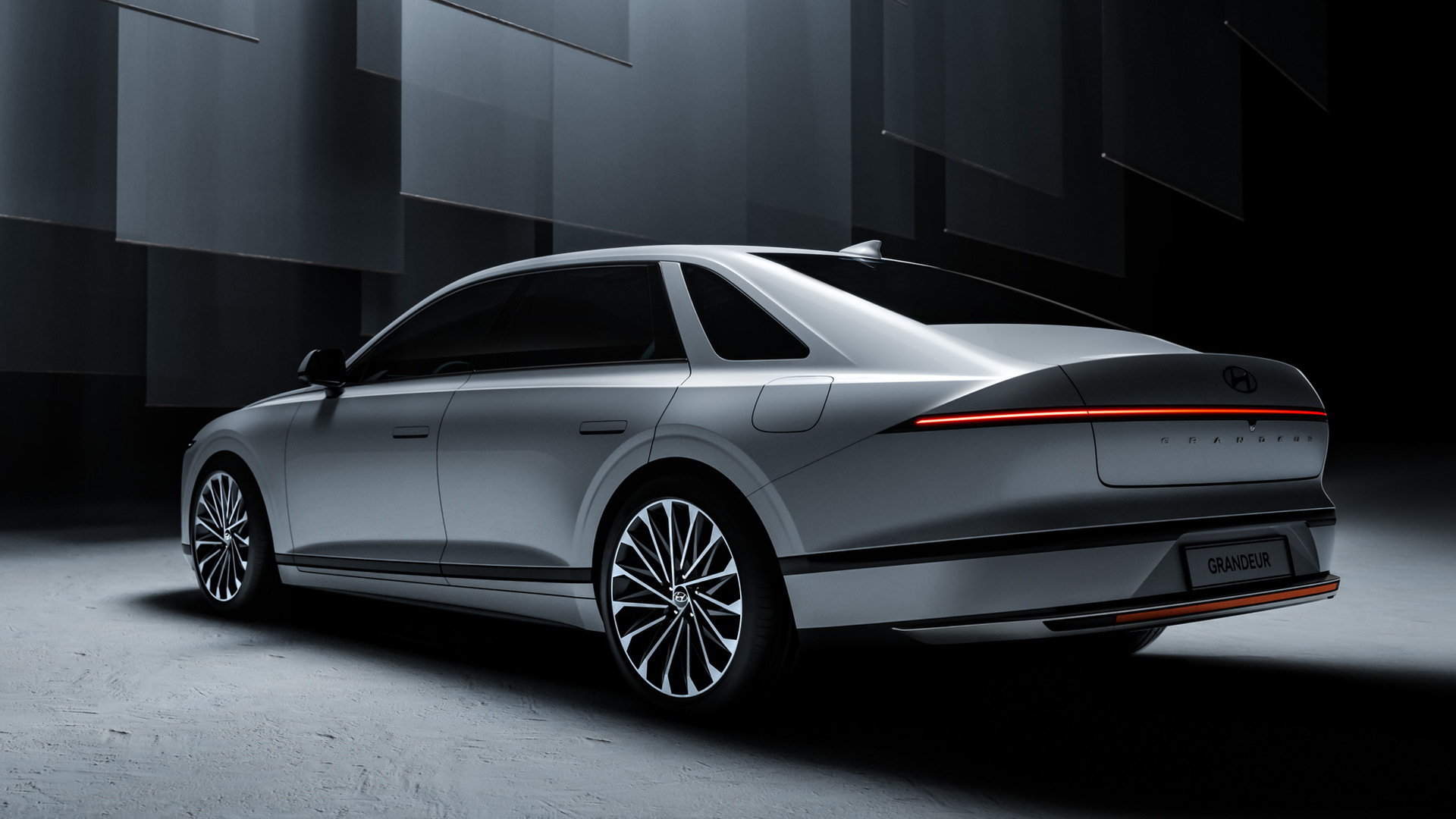 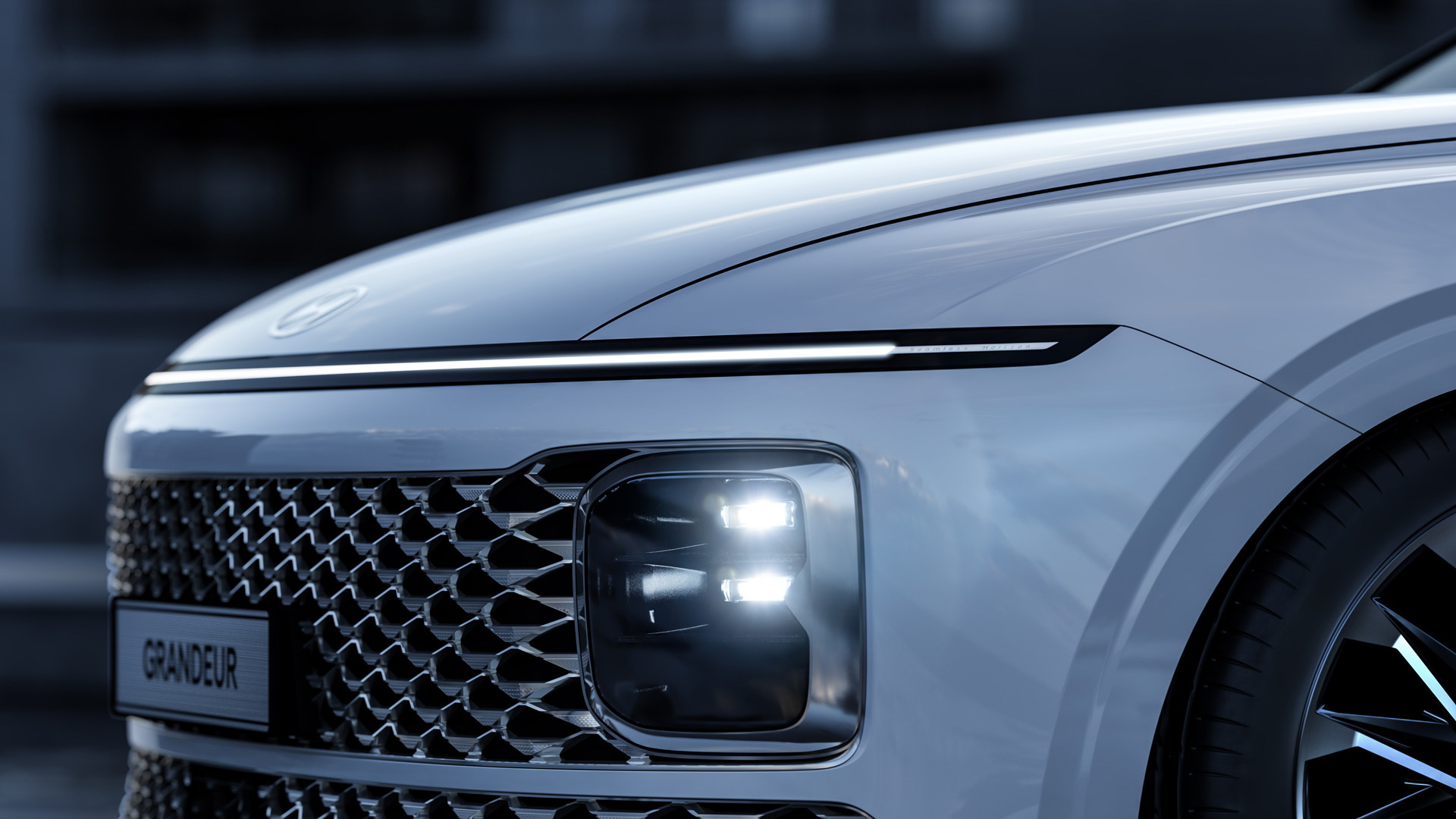 The Hyundai Azera may have bowed out of the U.S. after 2017, but the mid-size sedan remains on sale elsewhere where it is badged the Grandeur.

Hyundai on Wednesday unveiled a redesigned, seventh-generation Grandeur whose new look is both modern and bold. The look is defined by clean, crisp lines, plus a light strip at the front serving as the daytime running light. The main headlight clusters are positioned below this light strip, flanking each side of the front end. A similar theme is found at the rear where some similarities with the latest Genesis G90 flagship sedan can also be seen.

The new look was shaped by Hyundai's Seamless Horizon design language, which the automaker first applied last year on the Staria van sold outside the U.S. While neither the new Grandeur nor the Staria are expected to reach the U.S., the Seamless Horizon look will appear on future U.S.-bound Hyundais, one of which will be an Ioniq 7 electric SUV due around 2024. It was previewed last year by the Seven concept.

Like the exterior, the interior design has moved more upmarket than in the outgoing model, which itself has a premium feel. The dash features multiple screens, including for the instrument cluster and infotainment hub, while the steering wheel is meant to be inspired by the single-spoke design of the original Grandeur launched in the 1980s. The designers also moved the controls for the gear shifter to the steering column to free up space in the center console. Premium touches include real wood and aluminum dash accents, quilted nappa leather, and ambient lighting.

Hyundai hasn't provided any powertrain specs, but expect a choice of 4- and 6-cylinder engines, just like in the outgoing Grandeur. A hybrid option is also a strong possibility.

Hyundai also hasn't mentioned a release date for the Grandeur in the markets where the car is sold.