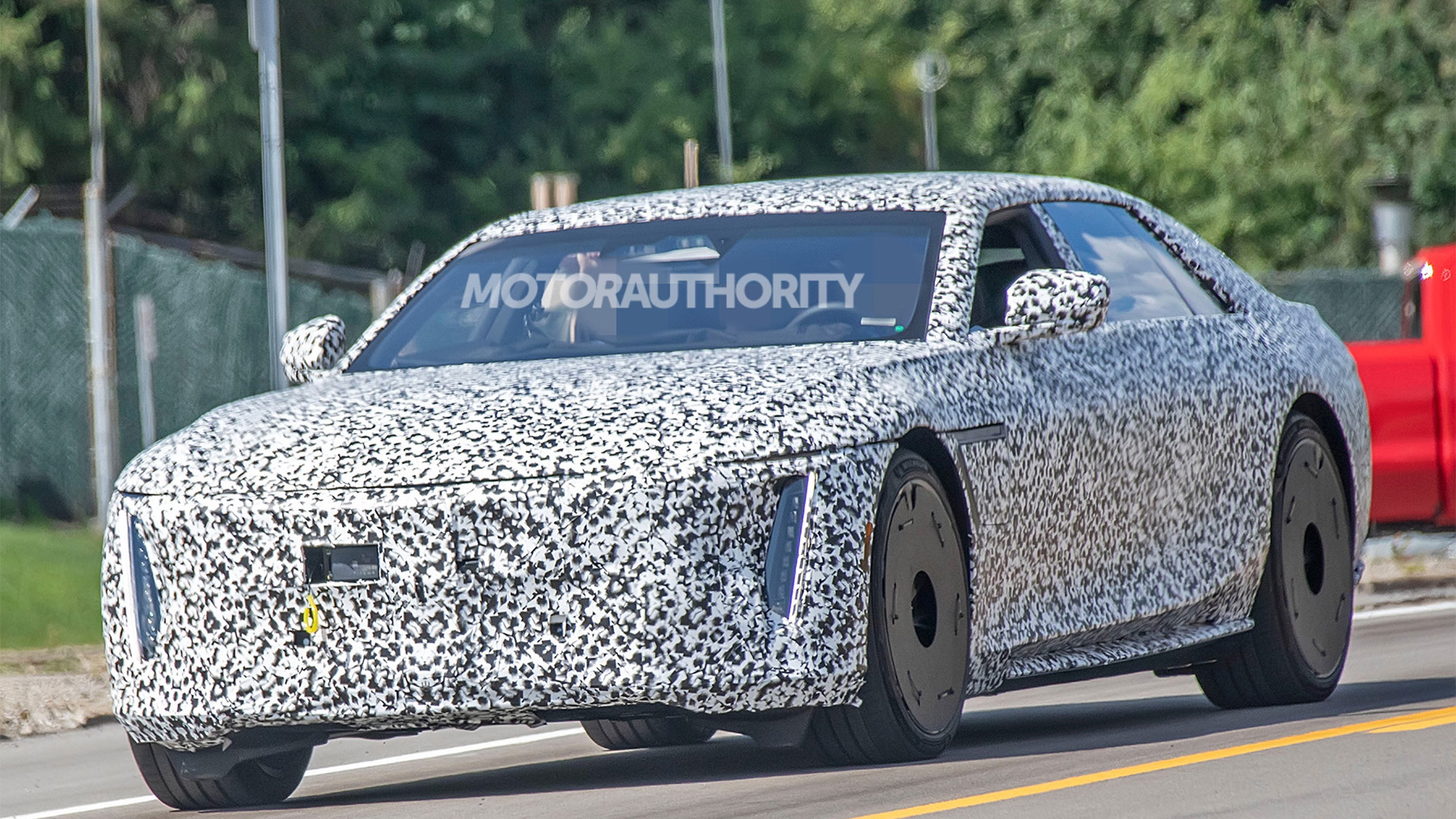 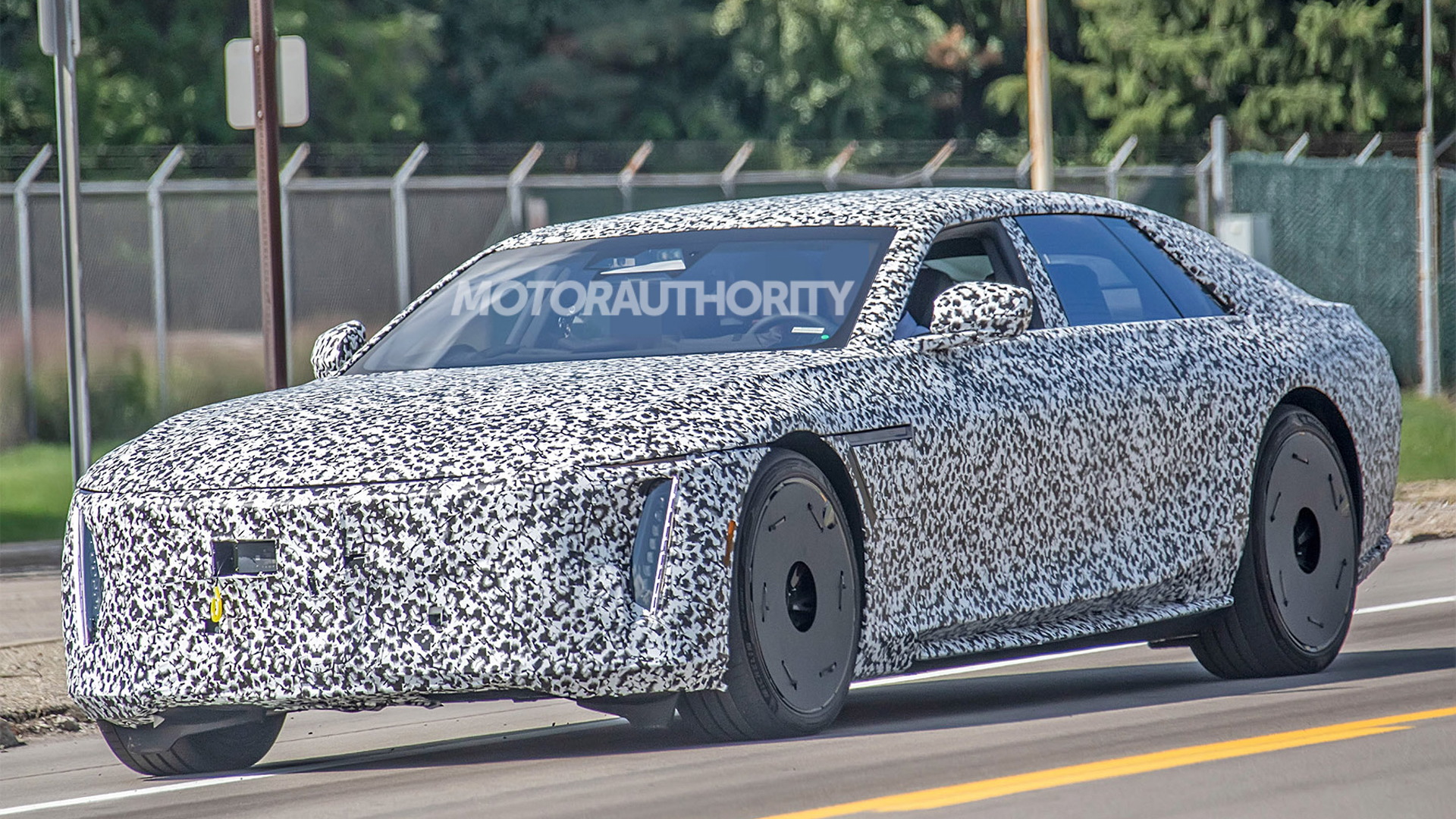 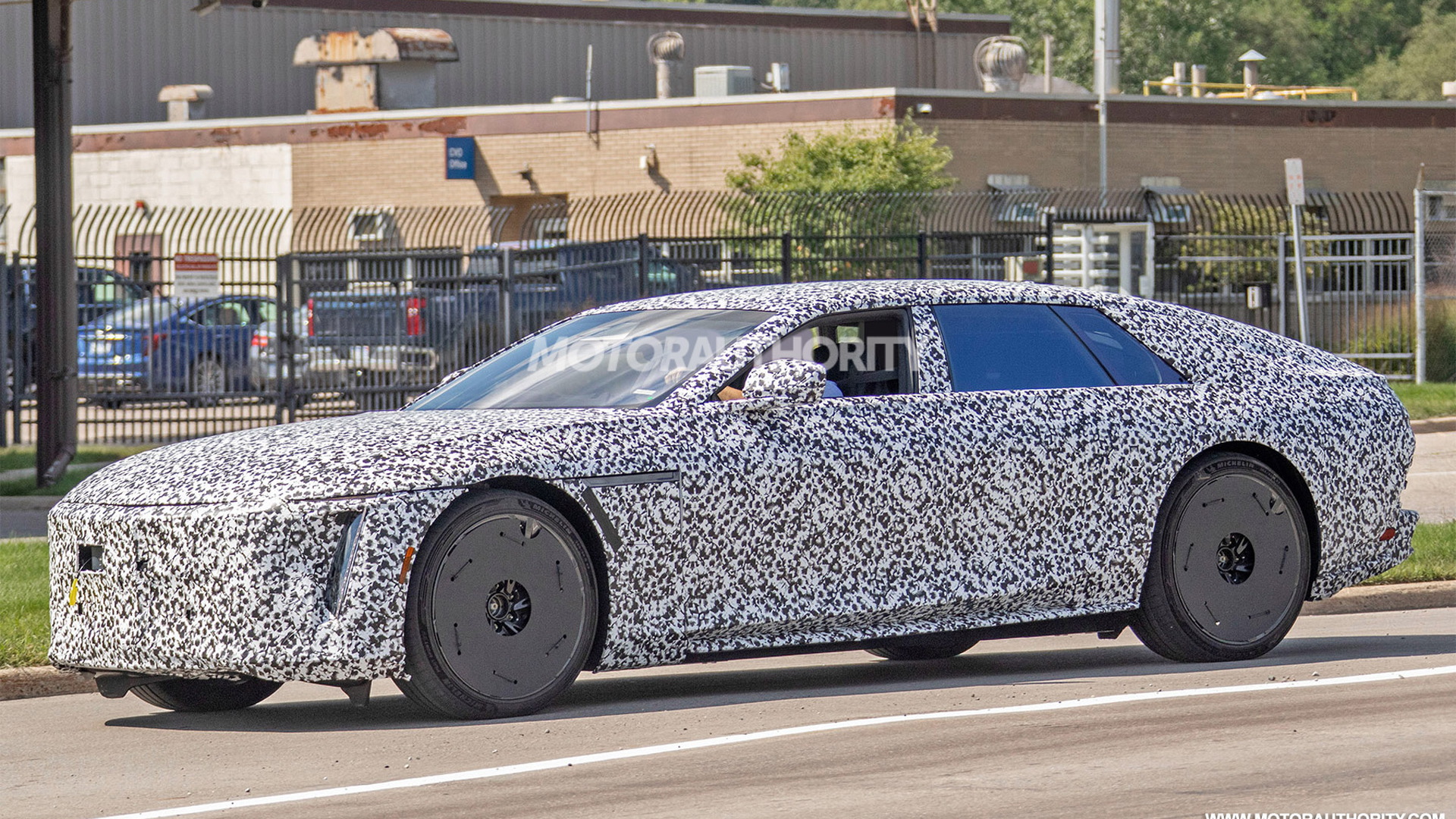 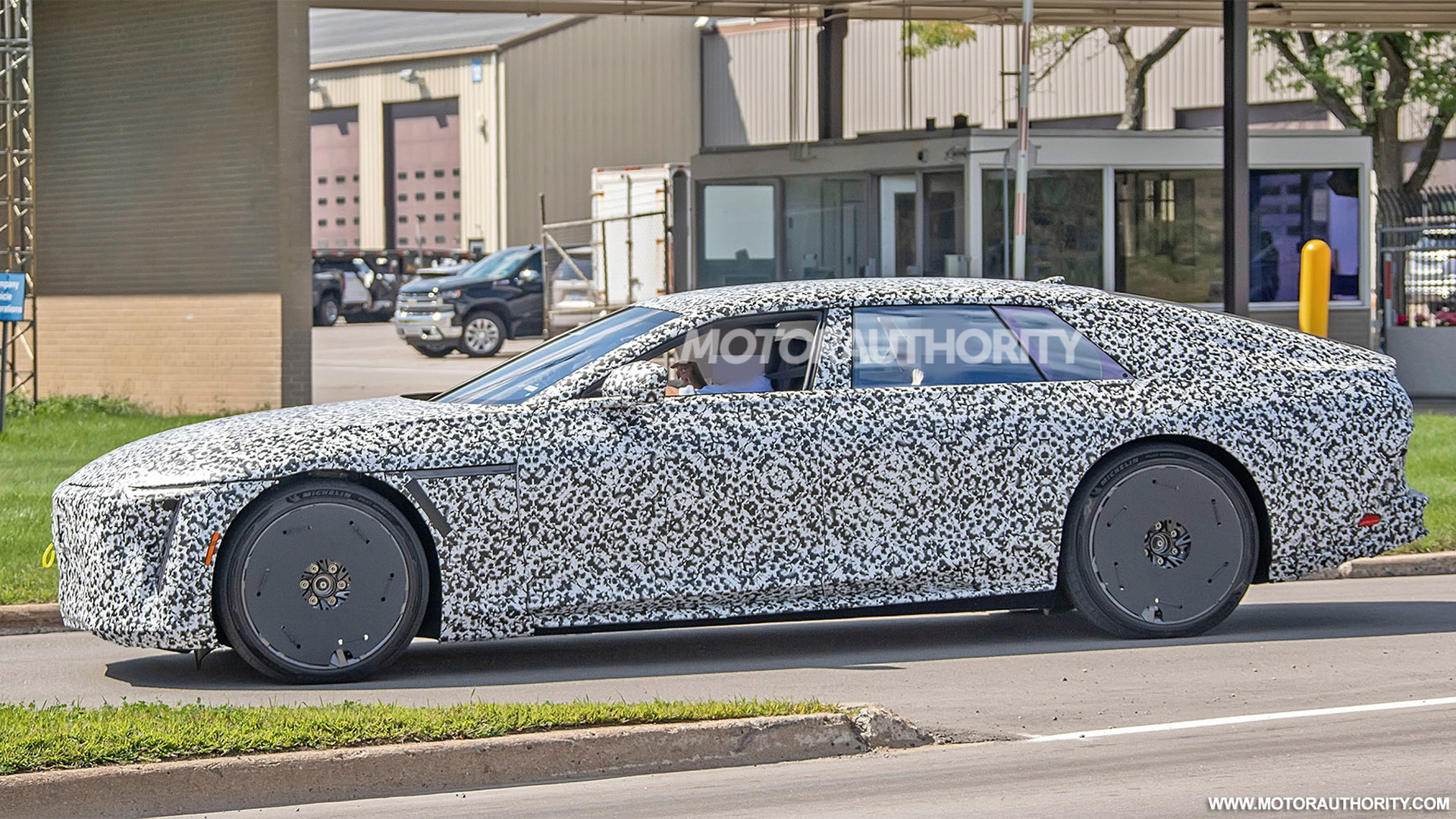 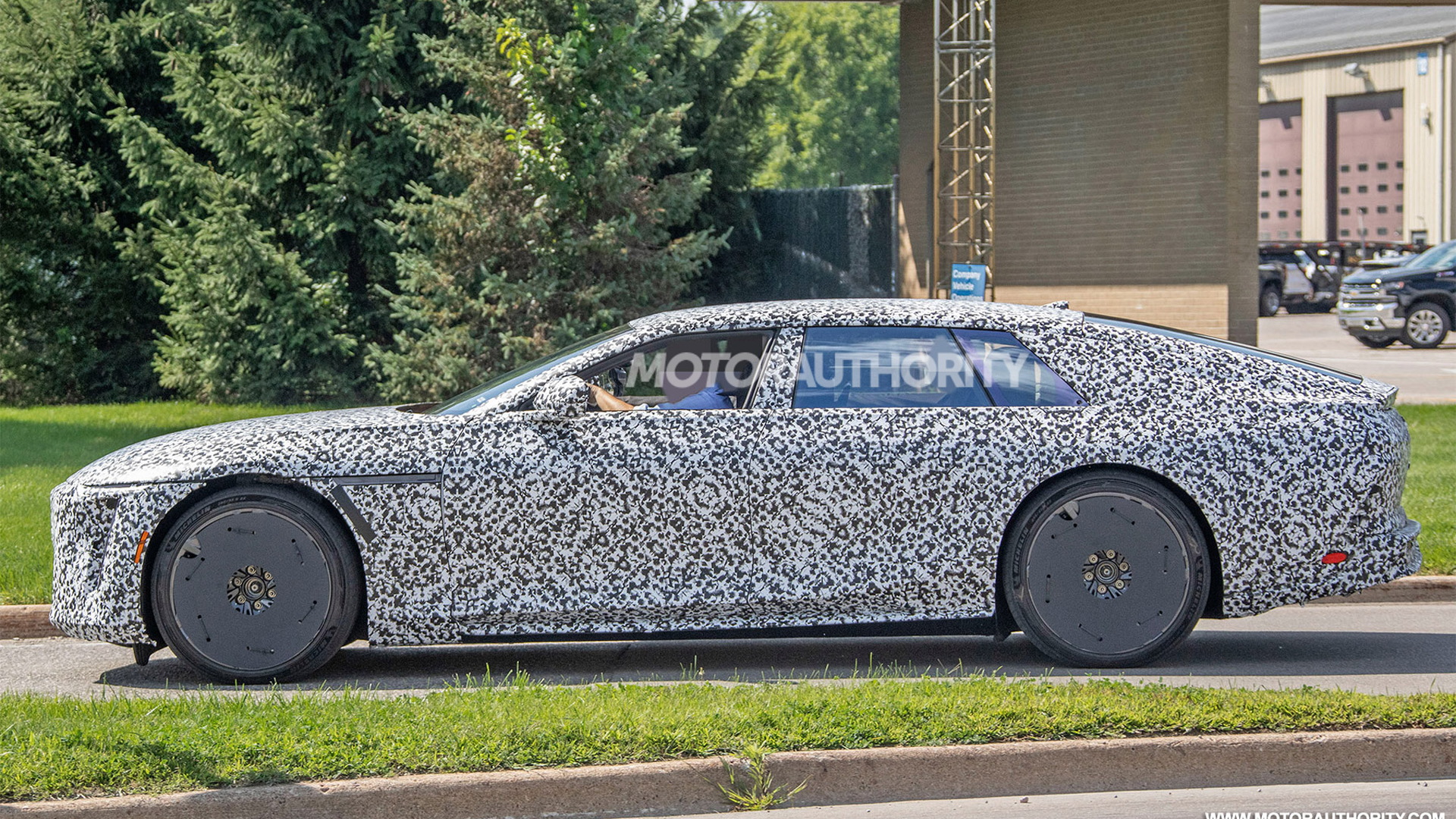 Following the reveal of a near-production concept in July, prototypes for Cadillac's Celestiq are now hitting the road, and we have fresh spy shots and video of the electric full-size hatchback.

The Celestiq is the true flagship Cadillac fans have been waiting decades for, and the spy footage points to a car that will look big and bold as it cruises the boulevard. Cadillac targets having it ready for sale in 2024 as a 2025 model.

Although we already know what the Celestiq will look like from the concept, the prototype sports a few subtle differences. The biggest is the set of conventional side mirrors instead of the slimmer rear-facing cameras of the concept. Although the technology is being evaluated for the U.S., it is not yet legal here and as a result the Celestiq, at least at its launch, will have conventional mirrors.

There's also the charging port on the driver's side front fender. This didn't feature on the concept, but it appears the production version will have a mechanized sliding design like on the Cadillac Lyriq SUV. We can also spot a six-lug bolt pattern for the wheels, a design normally found on full-size pickup trucks. The wheels, wrapped in Michelin Pilot Sport tires, sport the same 23-inch diameter as those on the concept.

One final detail seen for the first time are the now-visible sensors up front, at least one of which will be a lidar sensor. Don't worry. These should be hidden for production. Cadillac parent General Motors has partnered with Silicon Valley's Cepton to supply lidar sensors.

The various sensors on the Celestiq are vital for GM's upcoming Ultra Cruise autonomous driver-assist feature that will be offered on the Cadillac flagship. According to GM, Ultra Cruise will handle 95% of U.S. roads, meaning many journeys won't require any actual driving by a human. Like the current Super Cruise system, Ultra Cruise will still require the driver to monitor things at all times and take action when necessary. Otherwise, it will shut down. That means it will still rank at Level 2 on the SAE scale of self-driving capability. To rank above Level 2, self-driving systems need to function in eyes-off mode.

The Celestiq has been designed around GM's Ultium EV platform and battery set, potentially meaning upward of 1,000 hp and more than 400 miles of range. However, the Celestiq won't be a regular production model like other Ultium-based vehicles. It will be largely built by hand, akin to a coach-built car. As a result, production will be limited to just 1.2 cars per day, meaning annual volume will be well below 500 units. To handle production, Cadillac is investing $81 million in GM's sprawling Global Technical Center in Warren, Michigan. The bulk of the funds will go toward equipment for low-volume production, such as 3D printers.

This will push the price tag of the Celestiq much higher than your typical Cadillac. We're talking Bentley and Rolls-Royce territory. Rumors point to a starting price of around $300,000.

Cadillac has another, much more affordable EV coming before the Celestiq. This EV will be a crossover similar in size to the XT4 compact crossover. It's also out testing and is expected on sale in 2023 as a 2024 model.