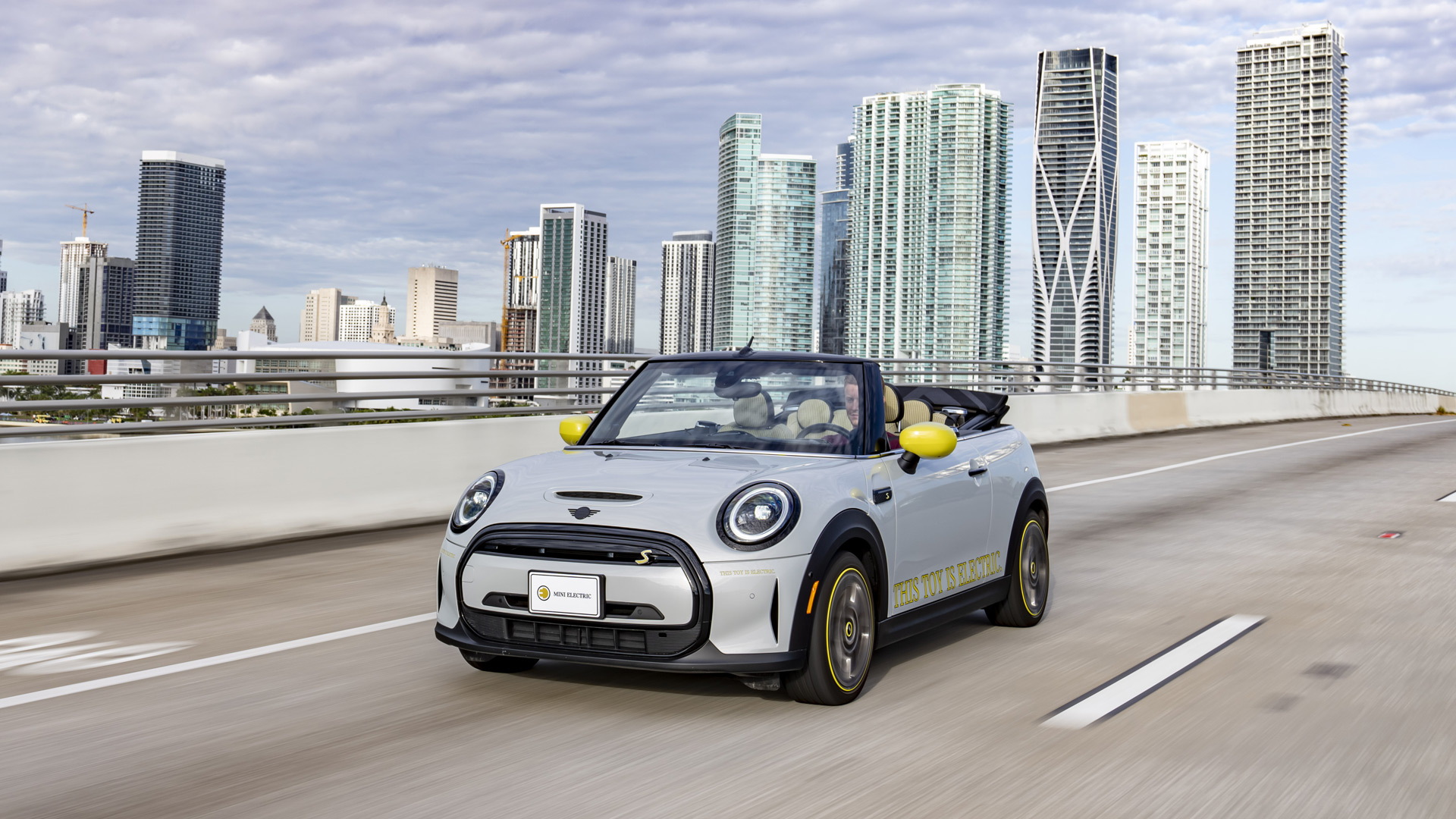 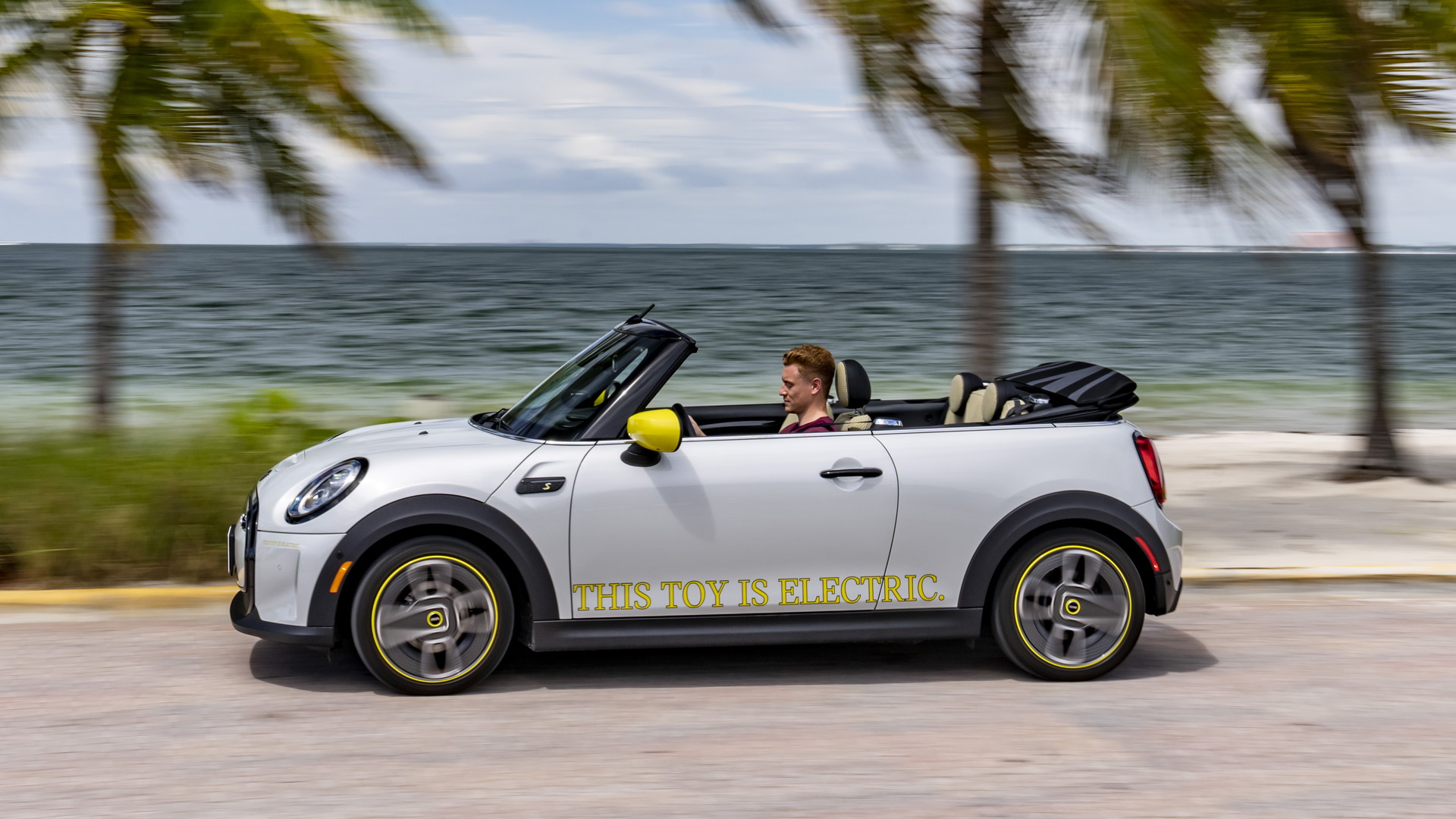 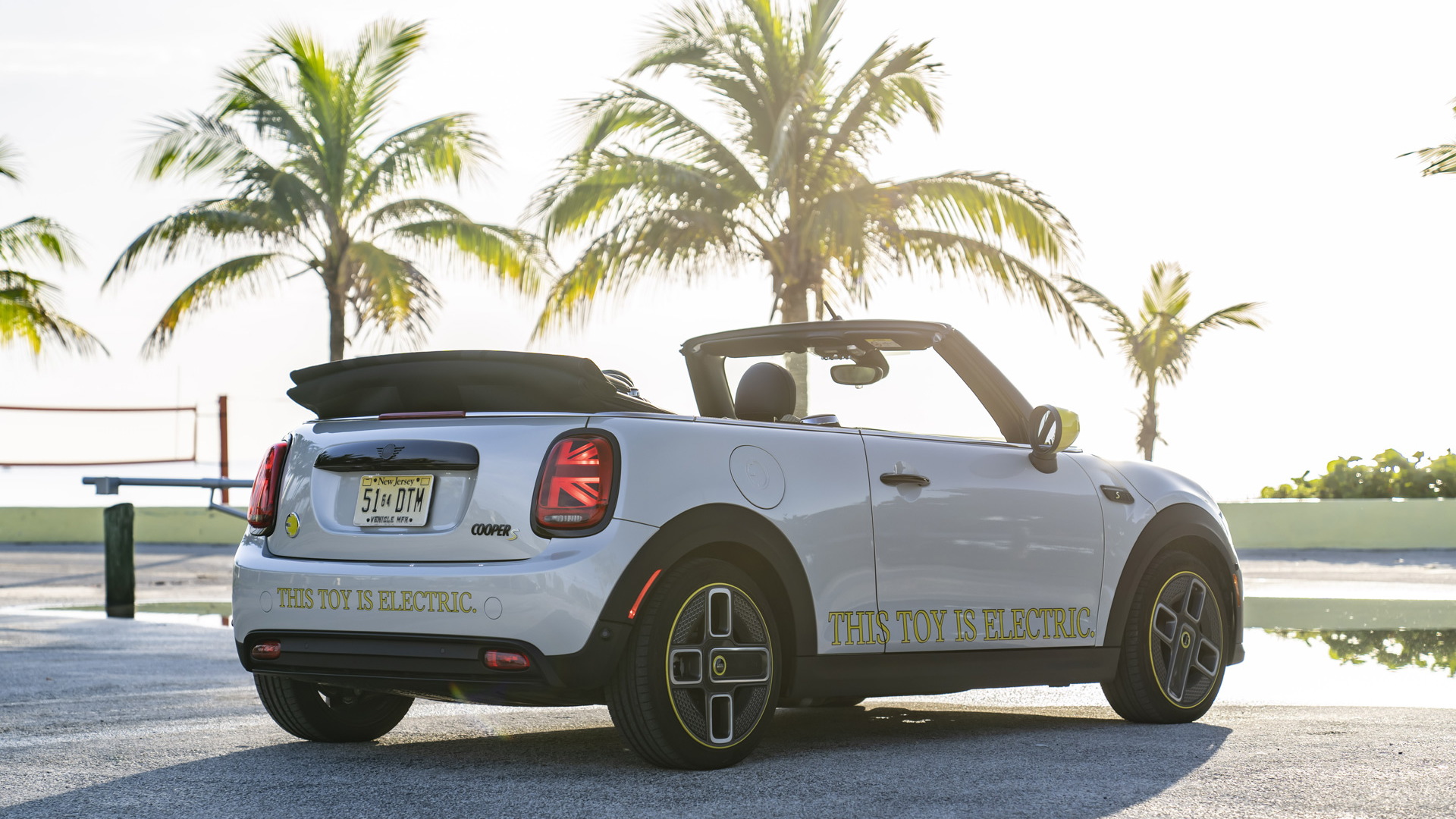 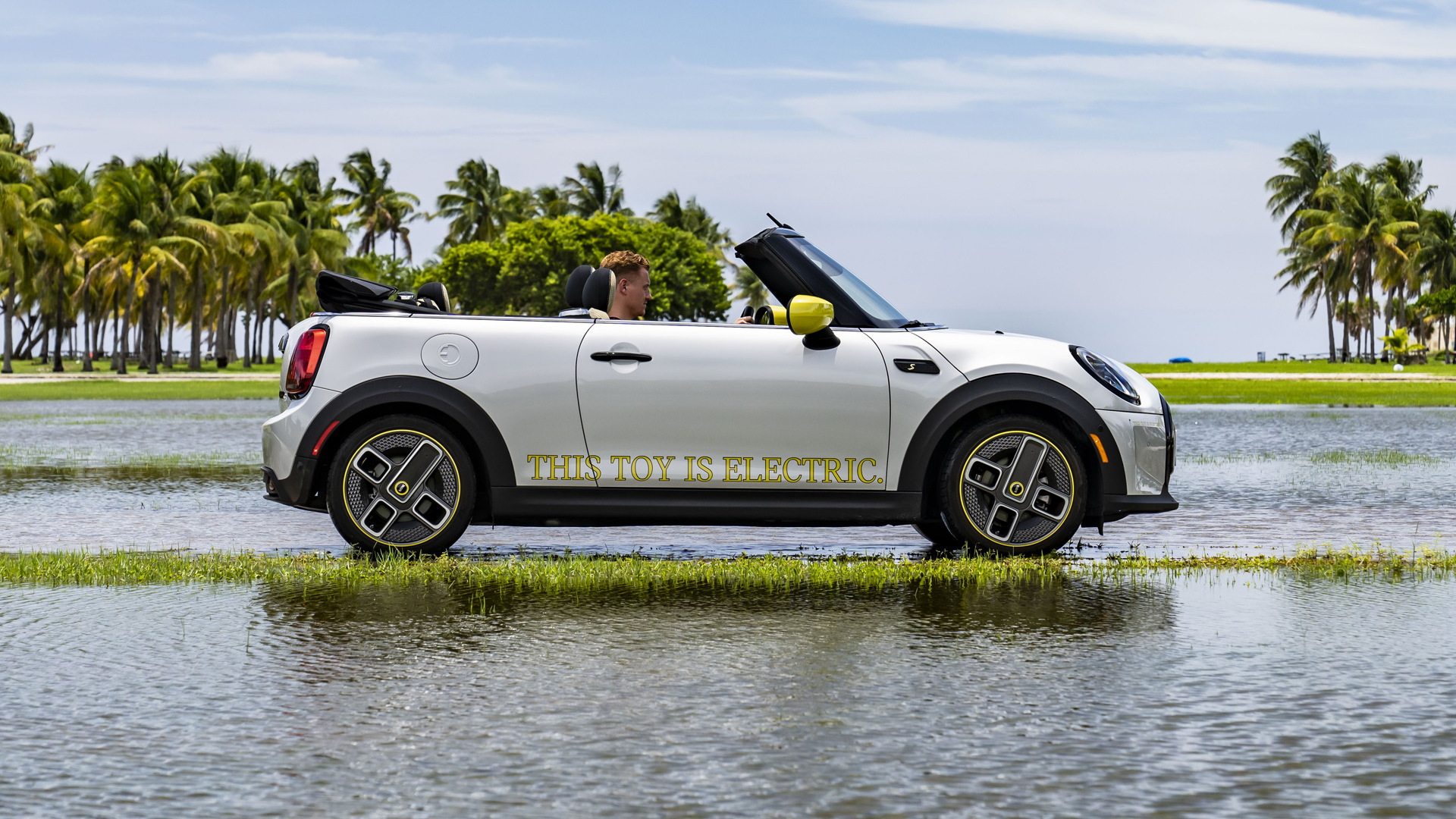 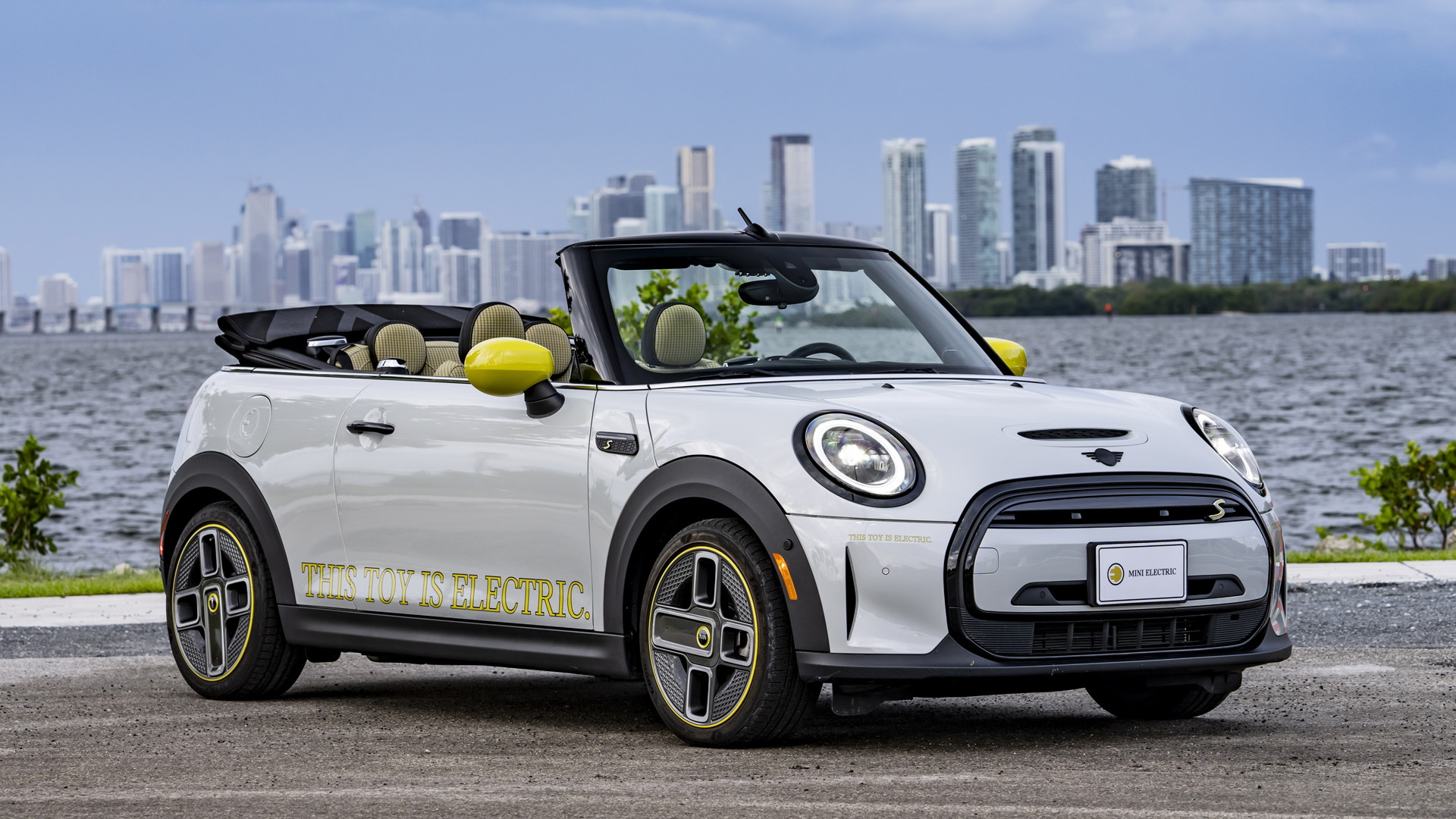 The concept shares its mechanical parts with the Cooper SE Hardtop, meaning a single electric motor at the front good for 181 hp, and a 32.6-kilowatt-hour battery rated by the EPA at 110 miles of range.

The concept isn't bound for production, Mini has confirmed. However, the concept's reveal is a strong indication that Mini is considering launching an electric Convertible at some point. This shouldn't come as much of a surprise as Mini has already said it will stop introducing models with internal-combustion engines after 2025.

The wait for an electric Convertible may not be a long one. Mini next year will introduce a redesigned Hardtop, which like the current generation will offer an electric powertrain. A redesigned Convertible will likely arrive a year after the new Hardtop.

Note, the electric version of the redesigned Hardtop will use a separate platform to new Hardtops equipped with an internal-combustion engine. The latter will use an updated version of the current Hardtop's platform. Production of the electric Hardtop will also be handled in China as part of an agreement made with Great Wall Motors in 2018. Production of internal-combustion variants will remain in Mini's current home of Oxford, U.K.

Given the low sales volume for the Convertible, it's possible Mini only develops the new drop-top with electric power.

Mini has some busy years ahead. A redesigned Countryman offering both electric and internal-combustion powertrains is also due out next year, and Mini is known to be working on two more crossovers. One will be a dedicated EV slightly smaller than the new Countryman, and a concept of it will be unveiled later this month. The other is expected to be a crossover bigger than the new Countryman.