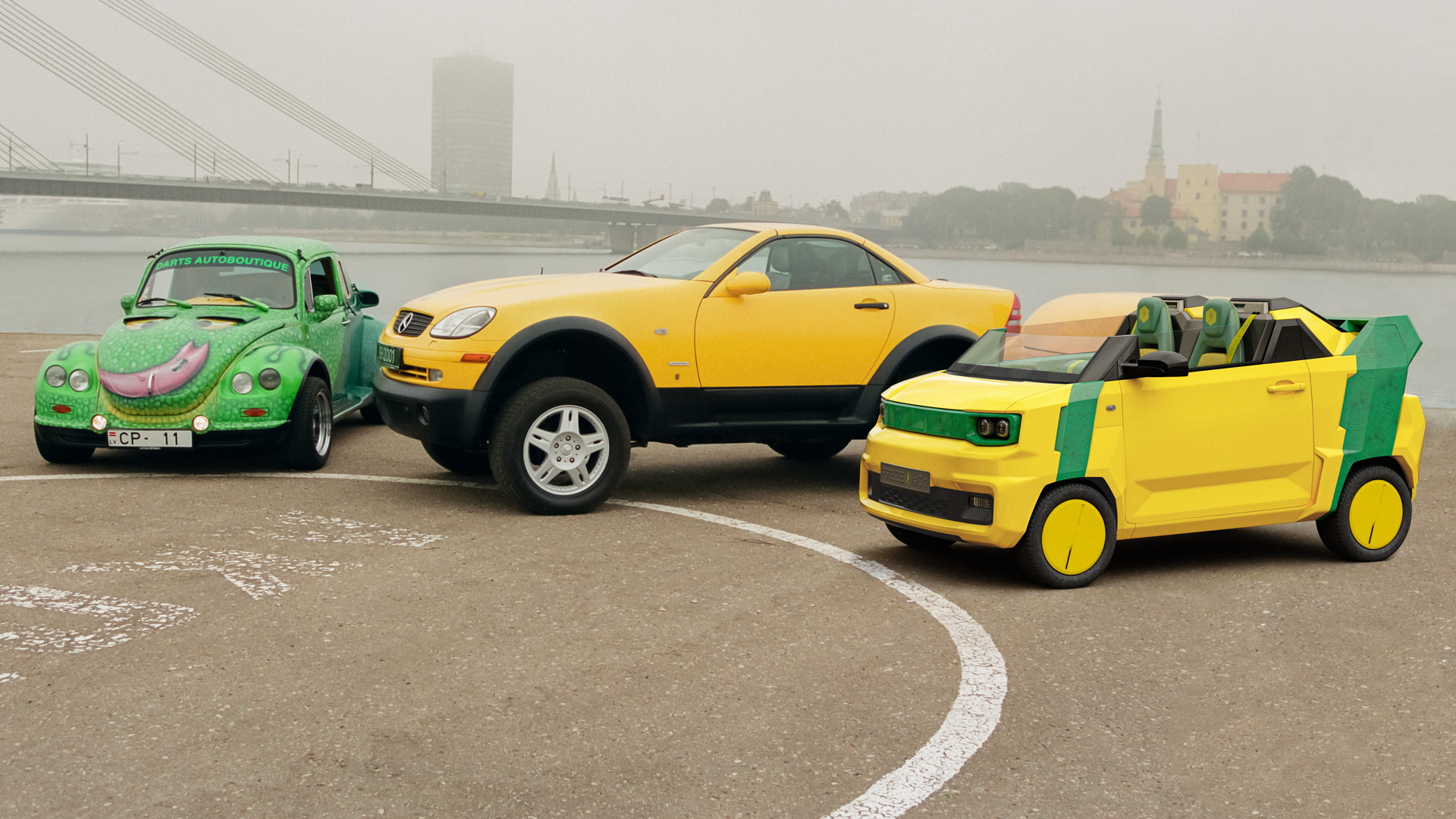 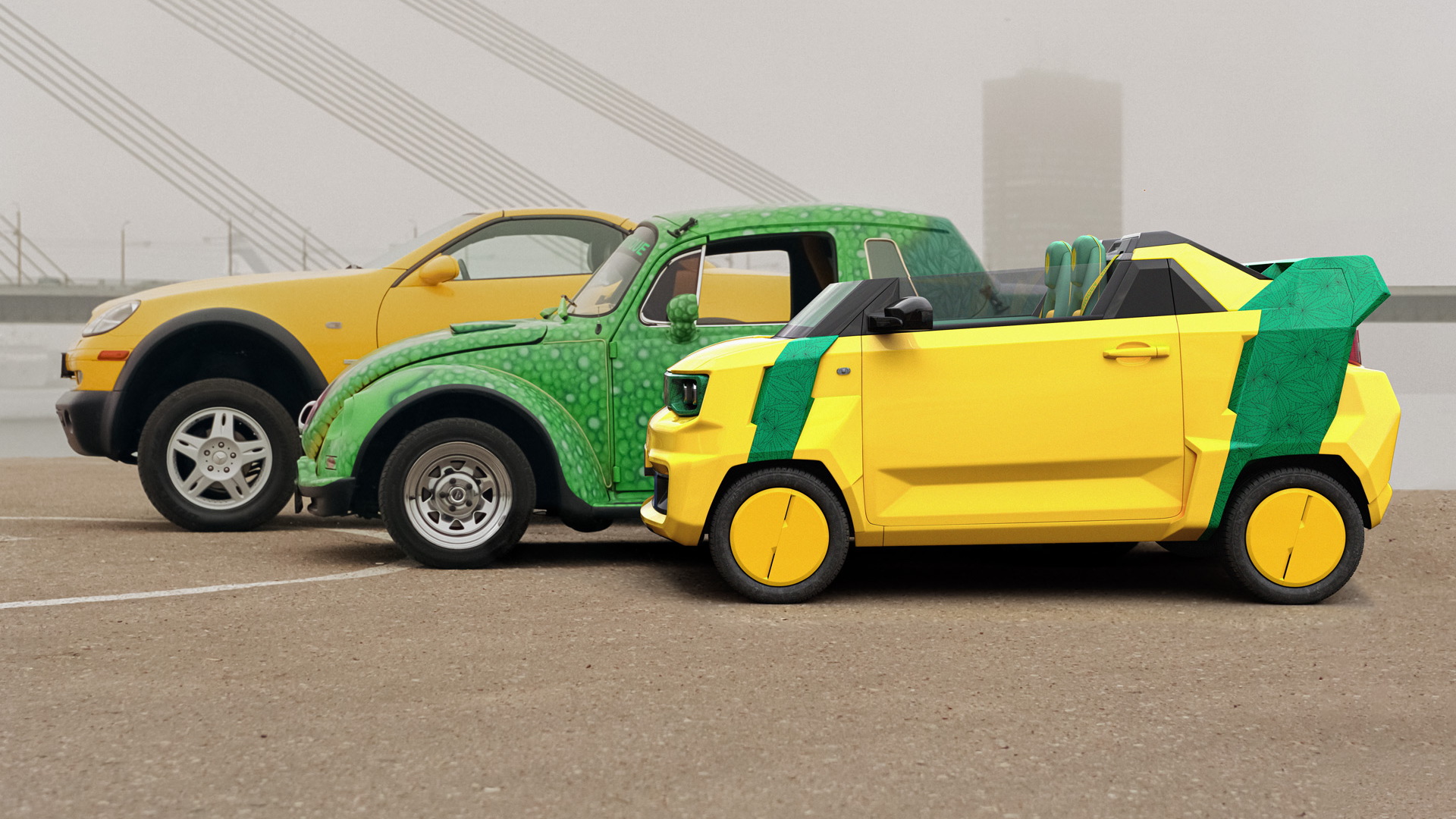 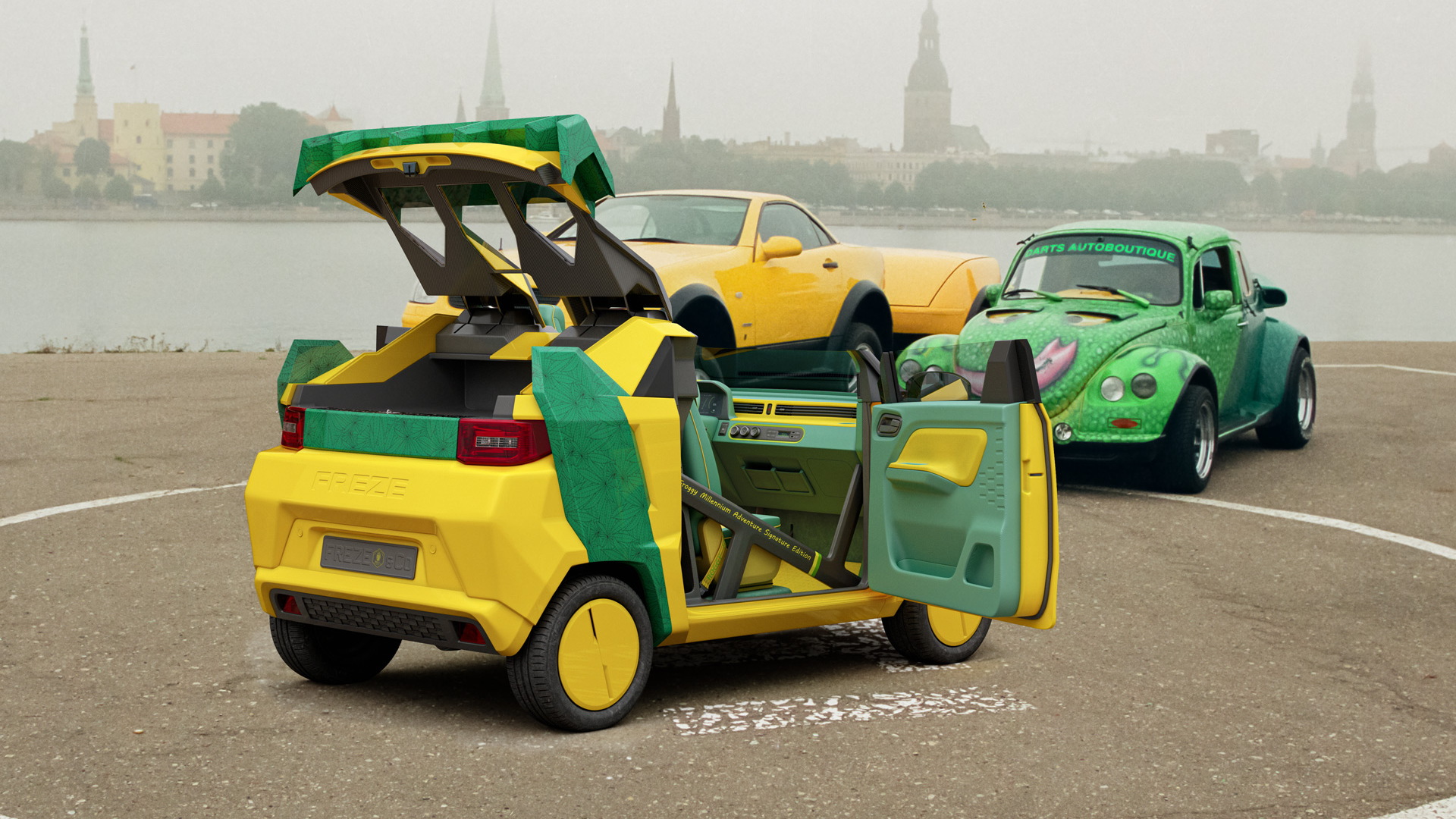 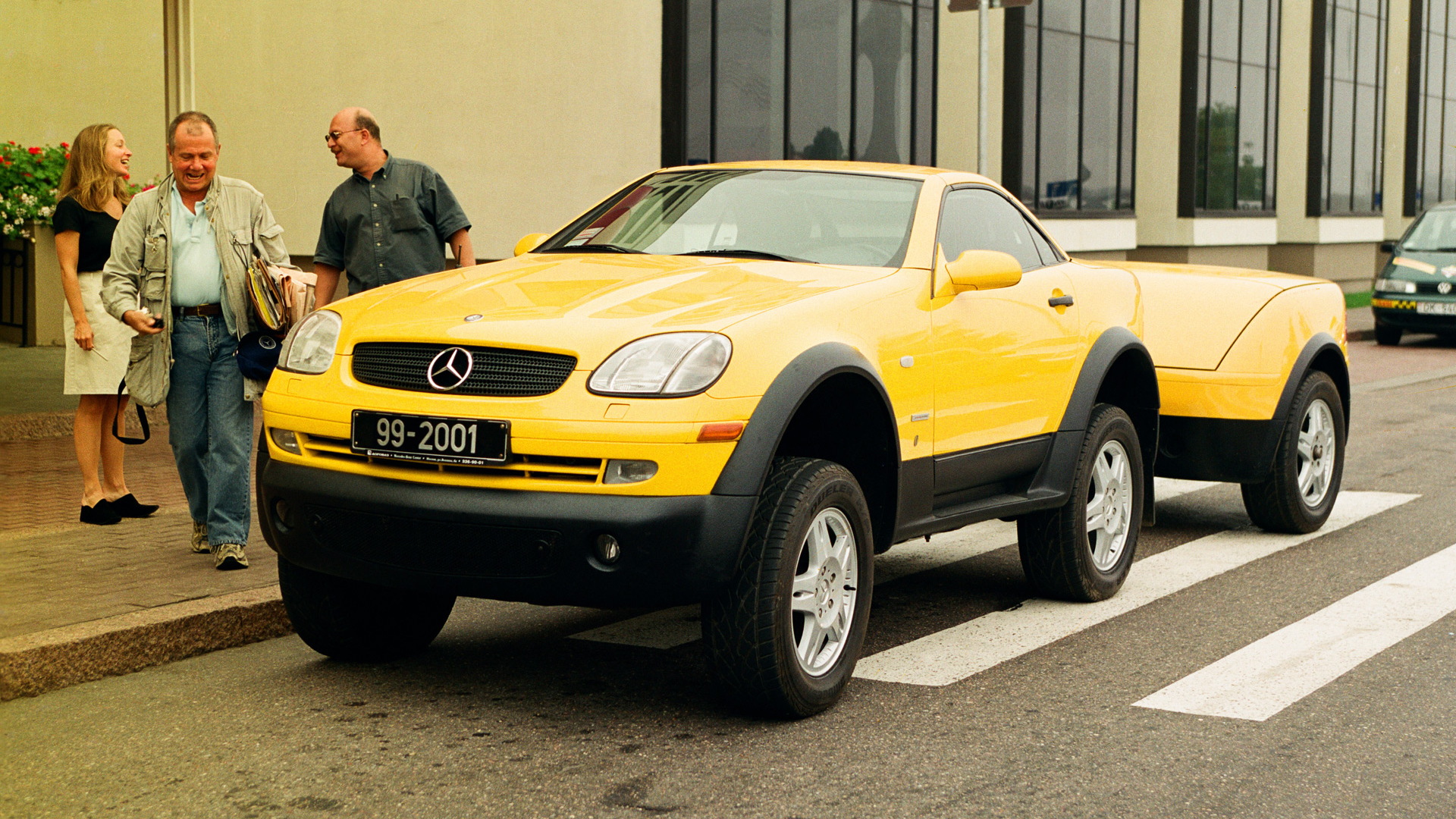 Latvia's Dartz plans to launch an electric convertible under recently revived Russian brand Freze, and this week previewed the vehicle with a concept.

The Freze Froggy EV Beachstar concept is a roadster decked out in a blaring yellow and green color combination, selected to celebrate two of Dartz's earliest vehicles.

The yellow signifies the Millennium Mercedes, a one-off Mercedes-Benz featuring G-Class running gear and an SLK-Class body, which Dartz built for investor Jim Rogers and his wife Paige Parker. The two traveled in the vehicle across 116 countries and 150,000 miles from 1999 to 2001.

The green signifies an even older vehicle, a Volkswagen Beetle that resembles a frog, built in the early '90s to showcase Dartz's capabilities as a vehicle customizer. That vehicle was also called a Froggy.

The Freze Froggy EV Beachstar is based on the Freze Nikrob EV hatchback unveiled in 2021. The Nikrob EV is closely related to the Chinese-market Wuling Hong Guang Mini EV, a convertible version of which (shown above) was previewed in concept form during Auto Shanghai 2021 and is the basis for Freze's upcoming convertible.

The Freze convertible will be called the Froggy EV, and it will feature a traditional windshield like on the Wuling concept, as opposed to the cropped screen on the Froggy EV Beachstar concept.

Dartz is still developing the Froggy EV convertible but said to expect 41 hp and and a range of over 150 miles. Deliveries are slated to begin in mid-2023 and the starting price will be set at 19,999 euros (approximately $20,070).

Dartz is also planning some special-edition versions of the Froggy EV, including some celebrating Rogers' Millennium Mercedes. More details on these special editions will be announced at a later date.