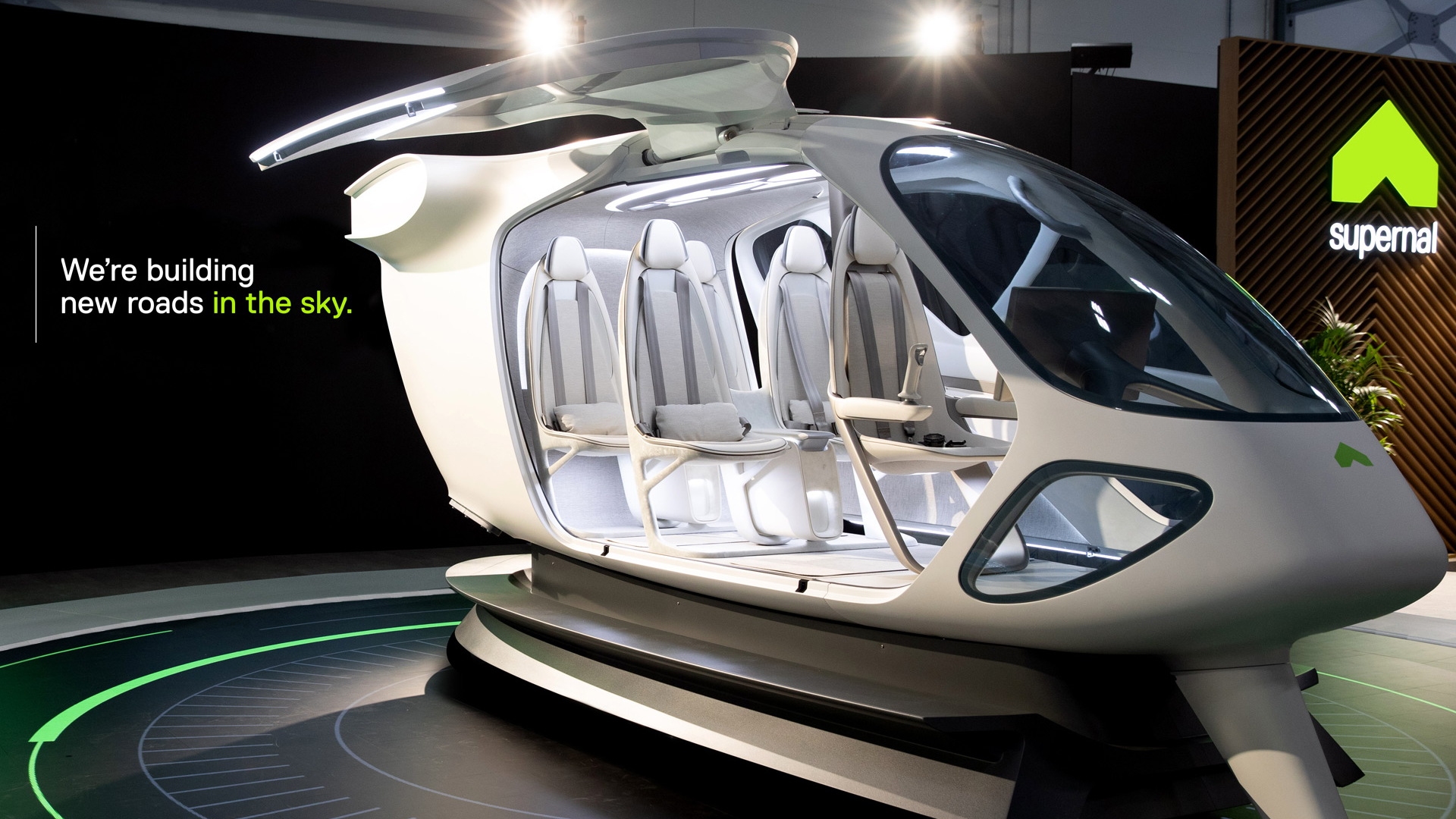 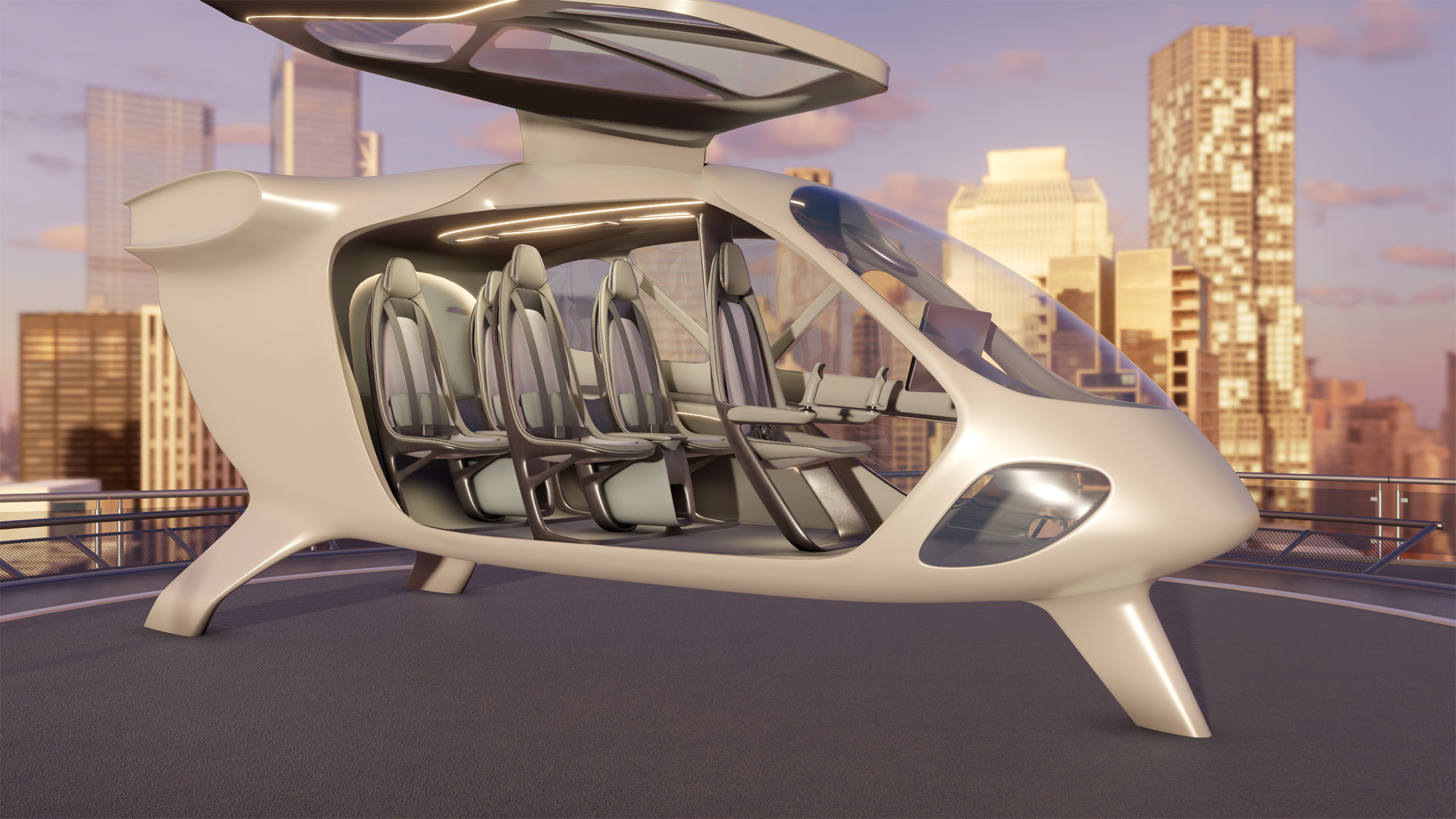 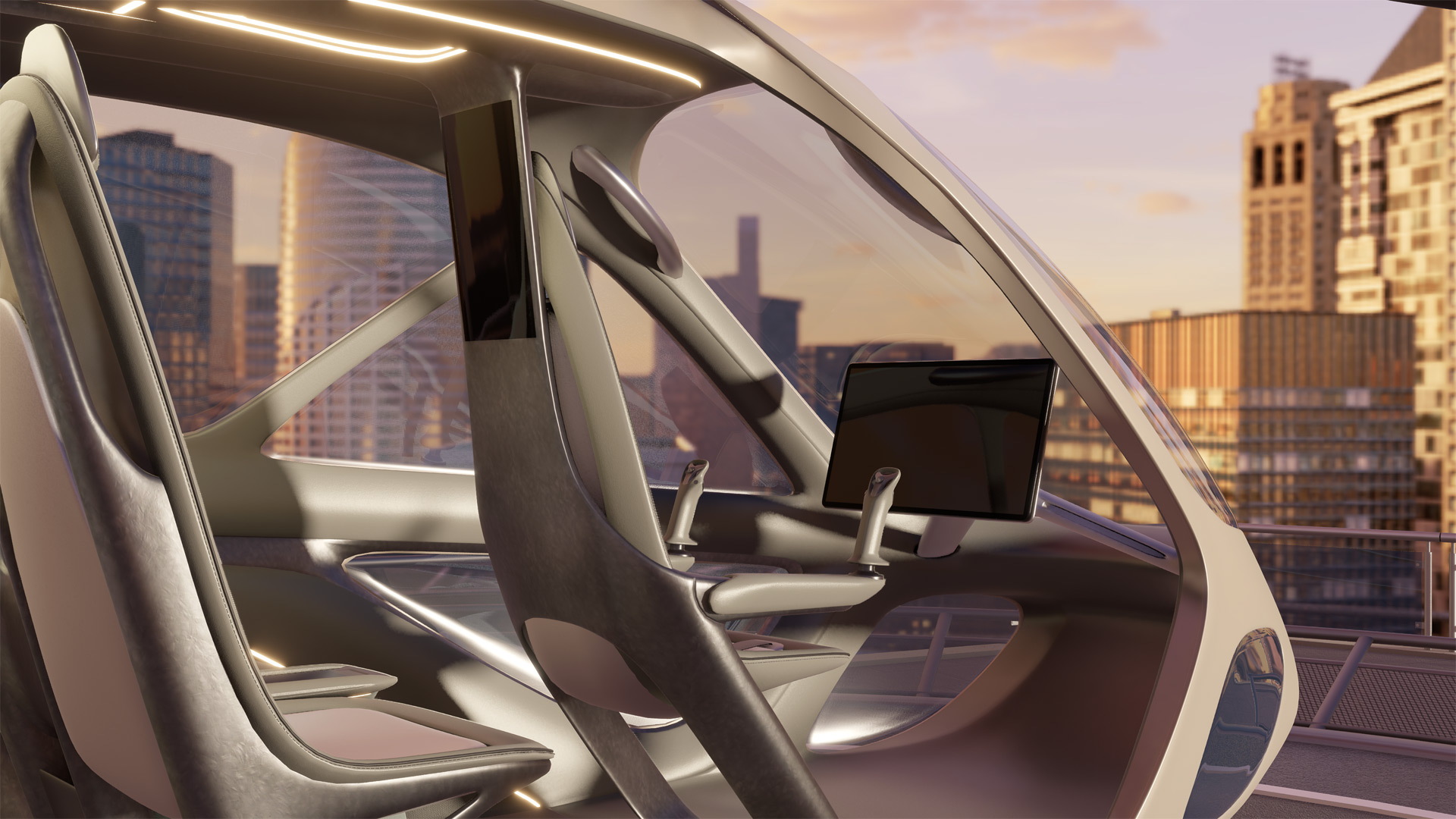 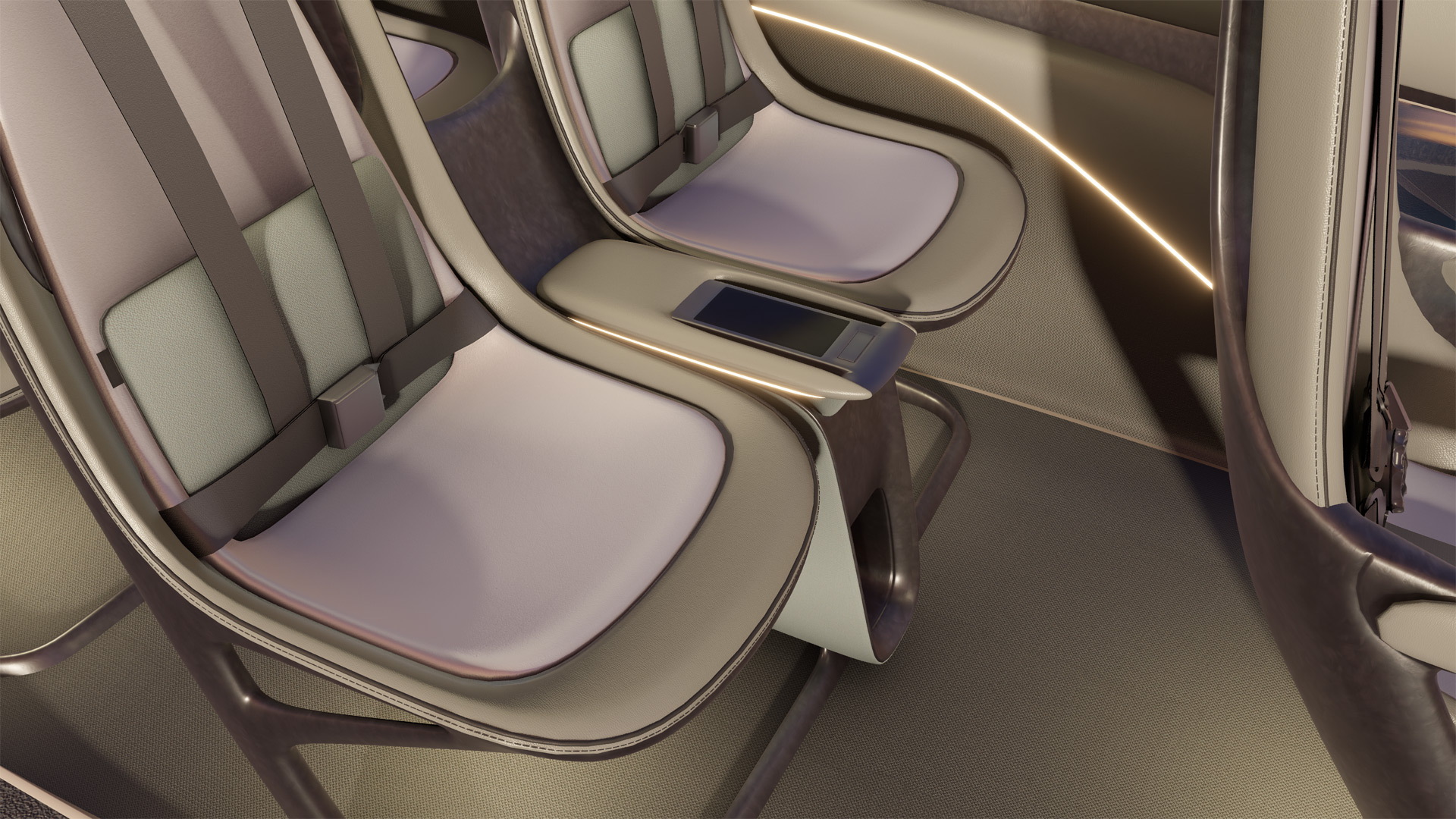 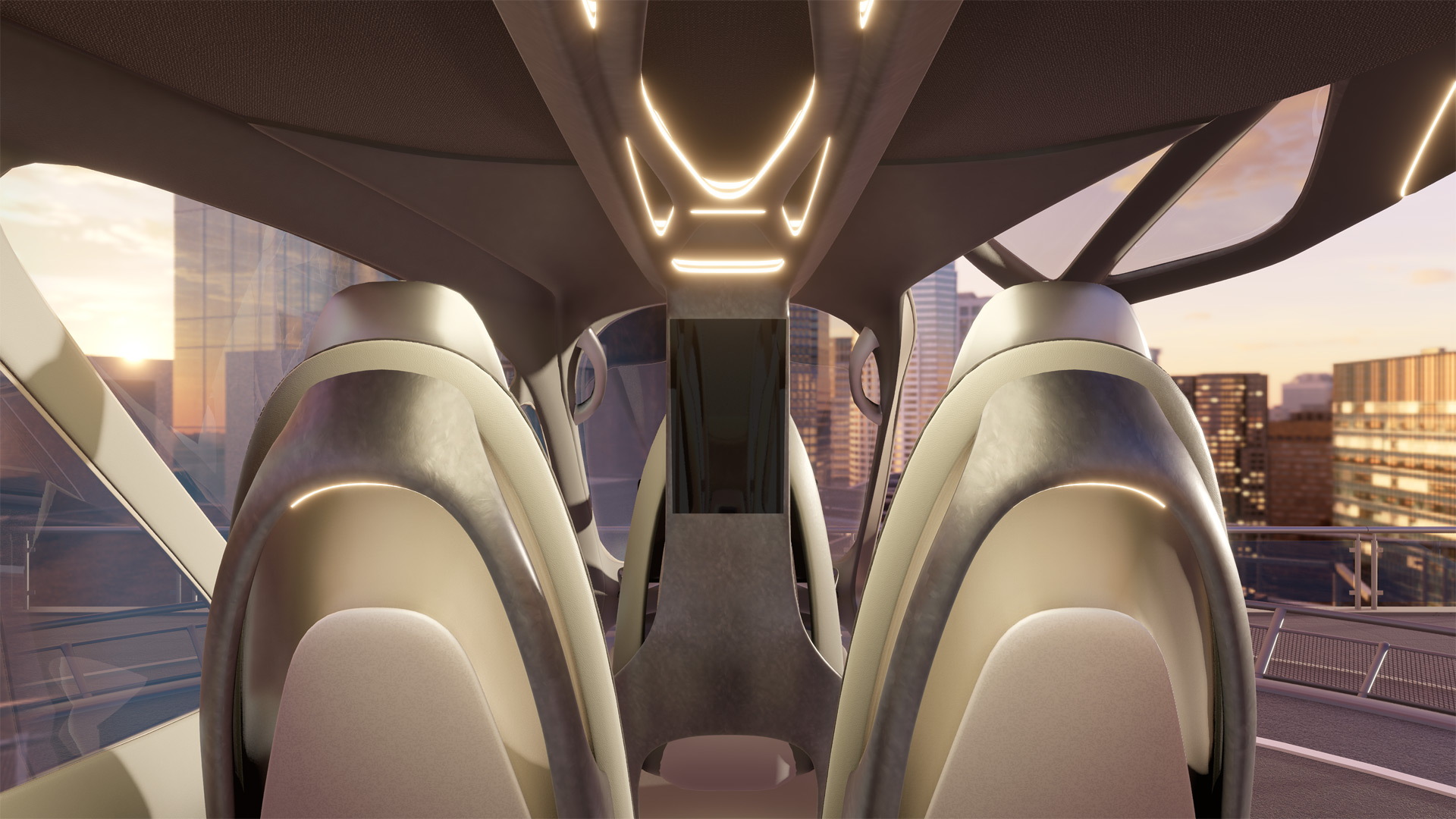 Hyundai Motor Group last November established the new division Supernal whose aim is to make affordable, zero-emission air transport a reality by as early as 2028, including here in the U.S.

Supernal is developing a family of electric VTOL (vertical take off and landing) aircraft for a planned flying taxi service, and on Monday we got a taste of what the cabin of one of these aircraft might be like.

The company used the 2022 Farnborough International Airshow currently underway in the U.K. to unveil a cabin concept previewing the interior of one of its aircraft.

The cabin seats five, including the pilot, and has been designed using influences from nature, specifically from a butterfly, to help form a structure that's both light and sturdy. It's a design philosophy known as biomimicry, and it's increasing in popularity thanks to new computer modeling techniques.

The airframe's construction consists of forged carbon fiber, a material that can be formed using recycled carbon-fiber reinforced plastic. The interior trim also comes from sustainable sources, for instance, the plant-based leather used on the seats and responsibly sourced wood panels used elsewhere in the cabin. The seat frames are also made using offcuts from the manufacturing of the airframe.

Supernal's aircraft is being developed to run on batteries, meaning flights will be limited to short cross-city trips lasting only a few minutes.

For longer flights, Supernal is investigating the use of hydrogen fuel cells. The company is investigating a larger aircraft that could be used for transporting cargo or passengers between cities. An example flight route could be a 24-minute trip between downtown Los Angeles and Anaheim, as opposed to around 70 minutes that a car trip requires during peak hour.

Supernal also used the Farnborough airshow to announce a partnership with the Rolls-Royce company that develops and manufactures propulsion units for aircraft, including the jet engines found on multiple passenger aircraft from the likes of Airbus and Boeing. Supernal will use the partnership to draw upon Rolls-Royce's aviation and certification experience to accelerate the development of fuel-cell propulsion systems for aircraft.

The target for flights powered by fuel cells is in the 2030s.