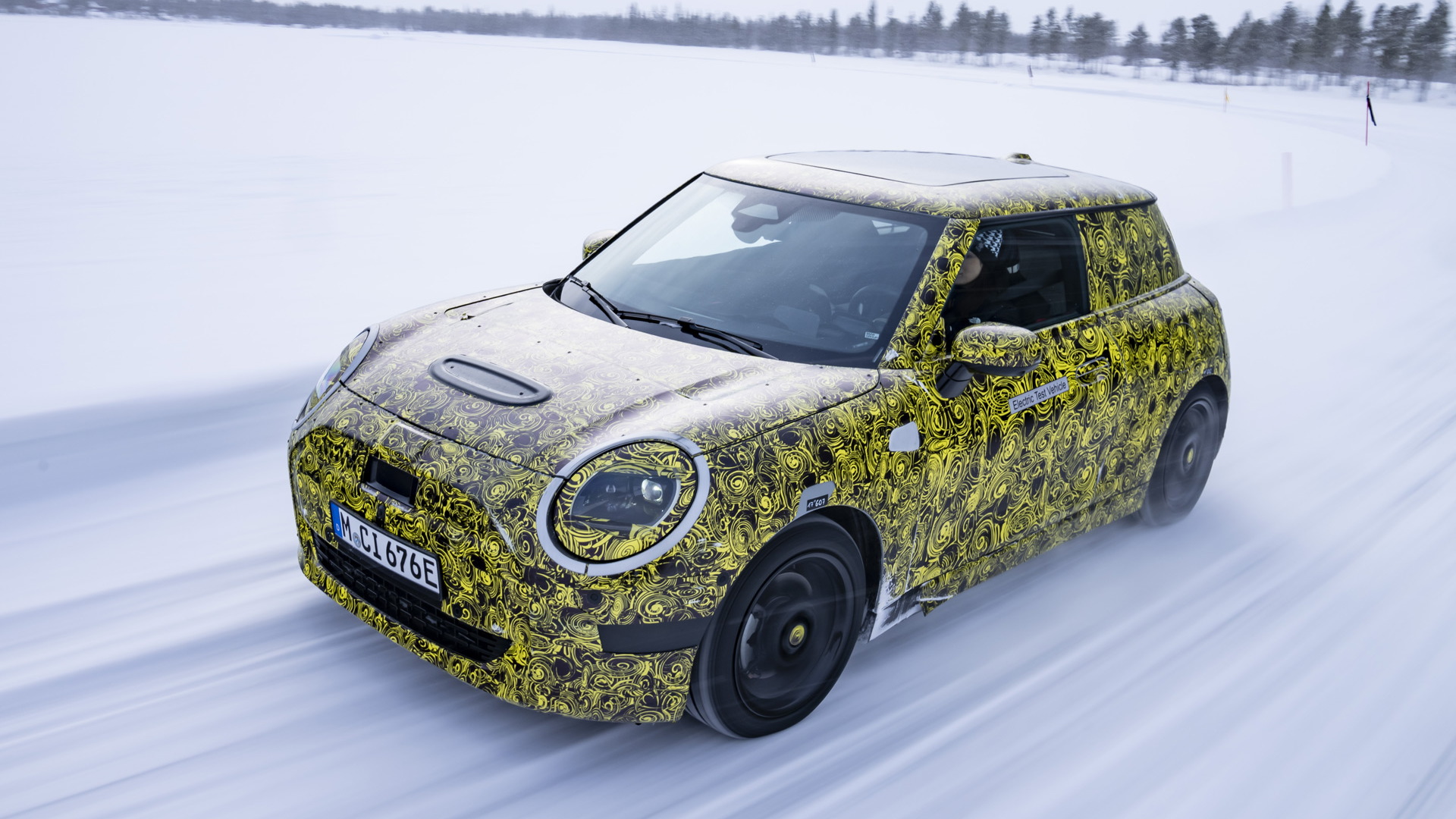 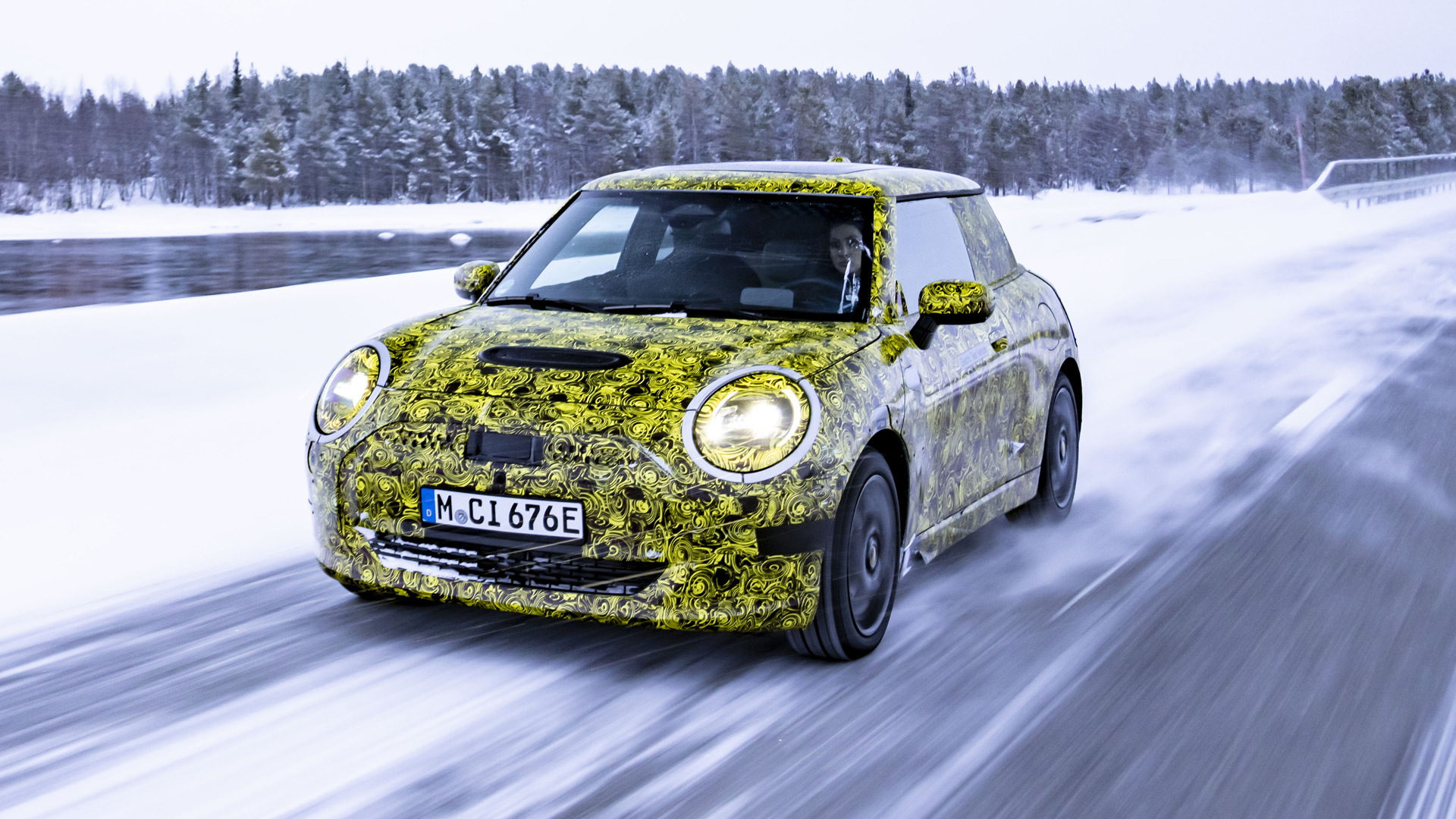 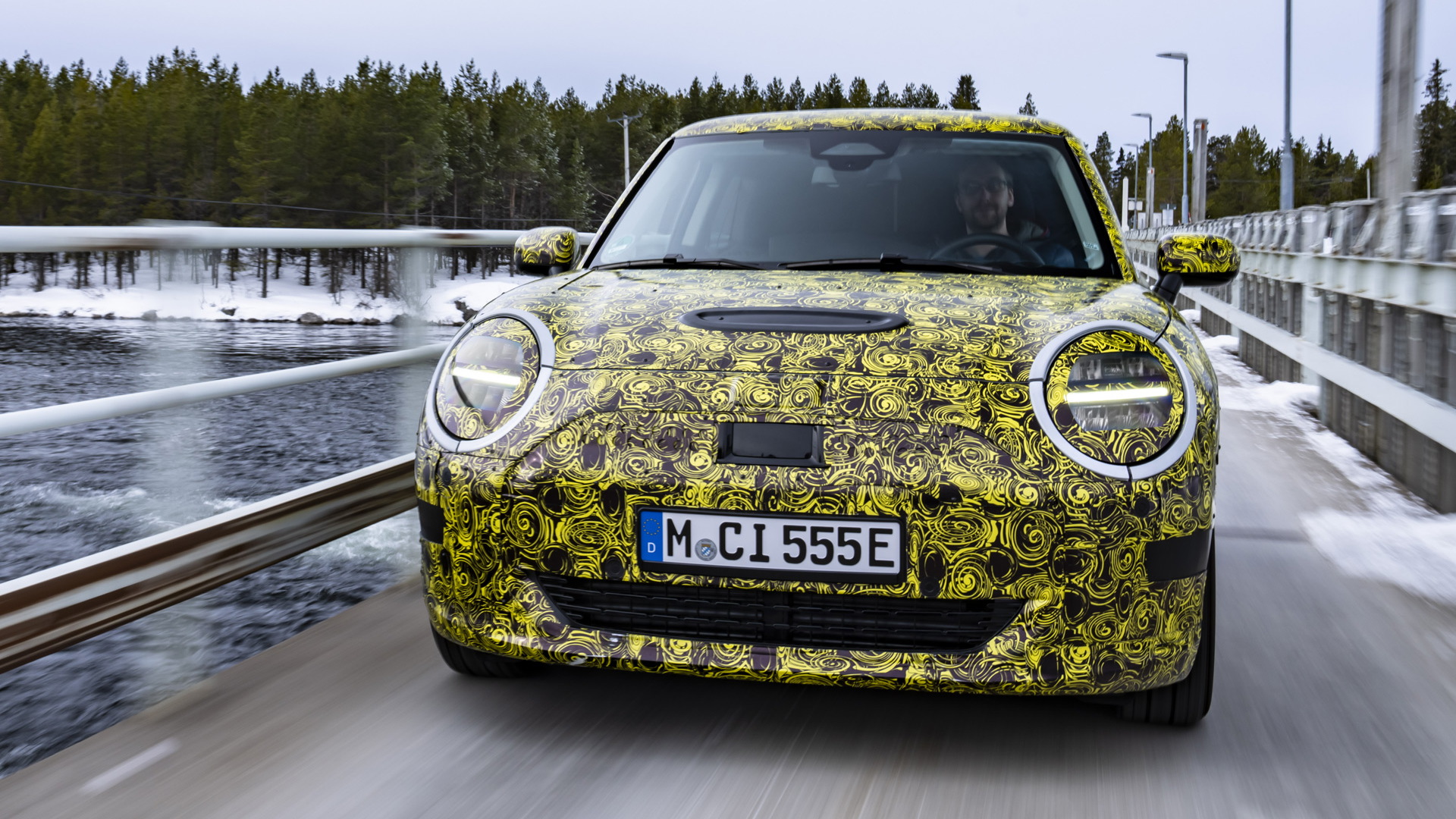 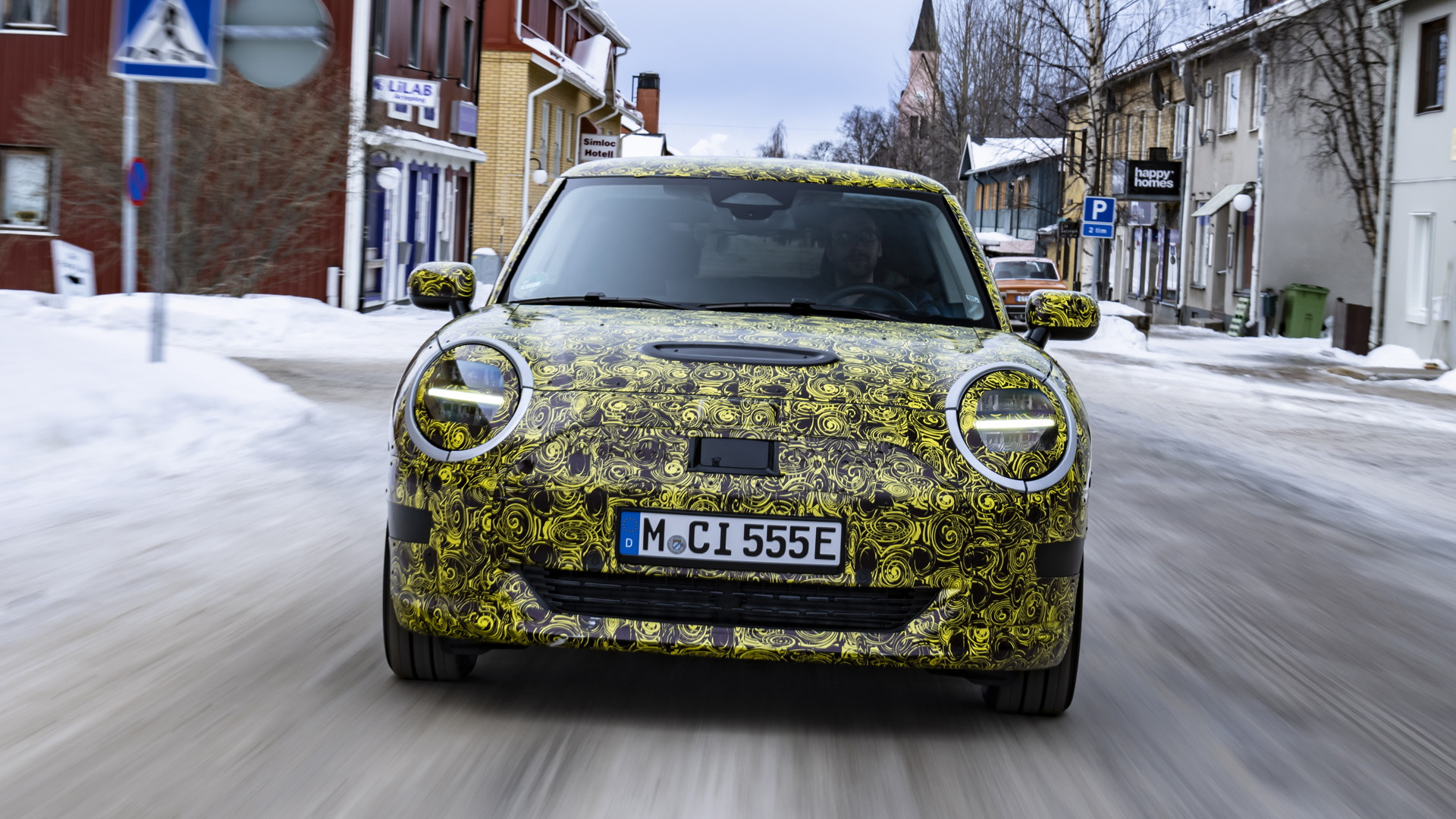 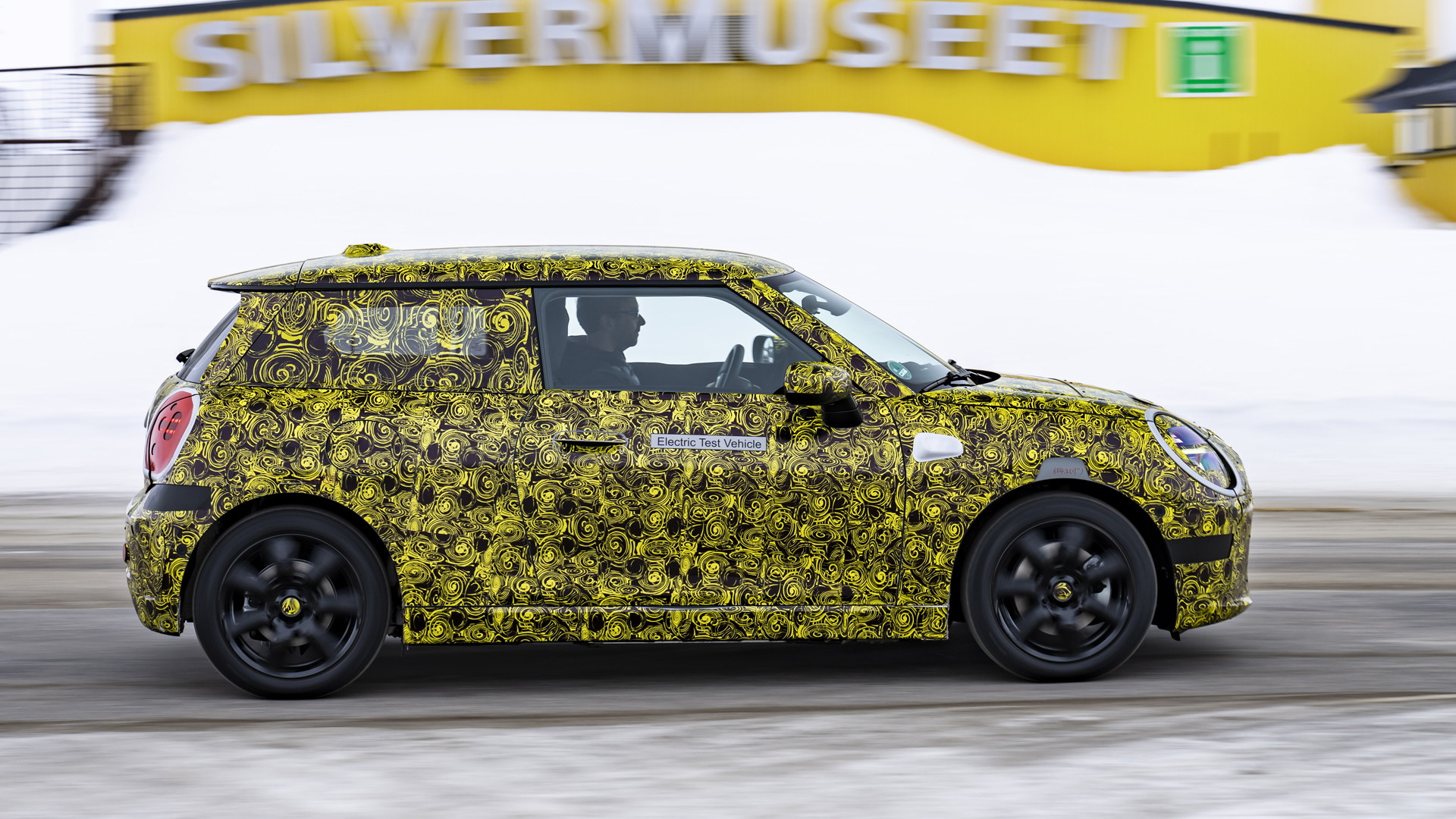 A redesigned Mini Hardtop is coming in 2023 as a 2024 model, and prototypes are currently undergoing cold-weather testing near the Arctic Circle.

Once again there will be the choice of internal-combustion or electric power, but this time around electric variants have been designed from the outset to run on batteries.

Electric variants of the new Hardtop, of which two have been confirmed, will ride on a separate platform to the internal-combustion variants, though the two should feature mostly identical styling.

The electric variants' unique platform has allowed the designers to scale down the exterior dimensions without sacrificing interior space. The base variant is expected to have a battery capacity of around 50 kilowatt-hours, or enough for well over 200 miles of range. Compare that to the current Cooper SE Hardtop, which has a 32.6-kwh battery rated by the EPA at just 110 miles. The piddling performance is partially due to the car riding on a platform originally designed for internal-combustion power only.

Mini will launch its redesigned Hardtop in electric guise. Production of the electric variants will be handled in China as part of an agreement made with Great Wall Motors in 2018. Production of internal-combustion variants, which will come in three-door, five-door and convertible body styles, will remain in Mini's current home of Oxford, U.K.

Mini next year will also launch a redesigned Countryman, which will also offer the choice of internal-combustion or electric power. The new Countryman is set to grow slightly in size to make space for an electric crossover that may just revive the Paceman name. A concept previewing the electric crossover will be revealed later this year. Sadly, plans for a Mini even smaller than the Hardtop have been axed.