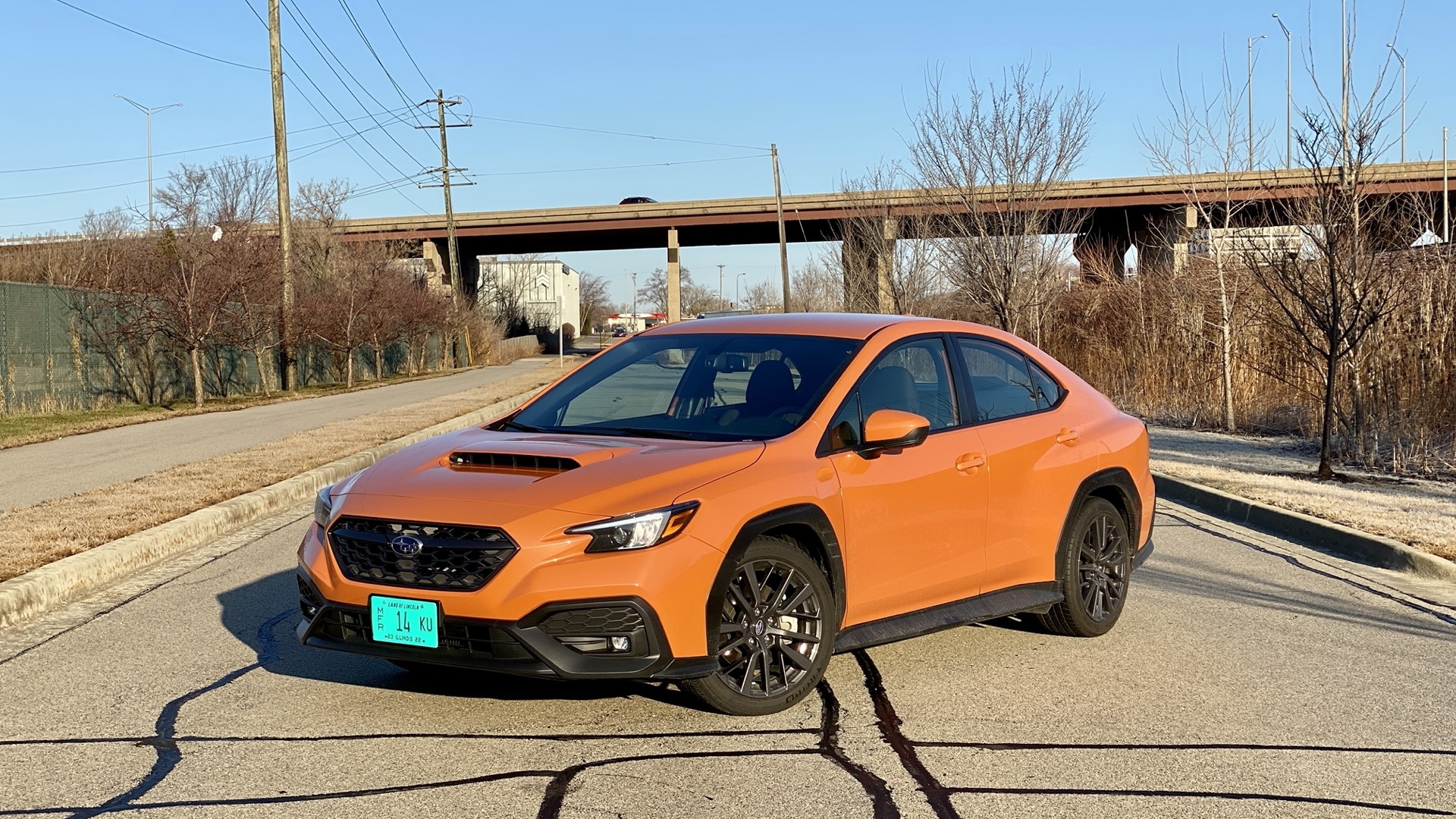 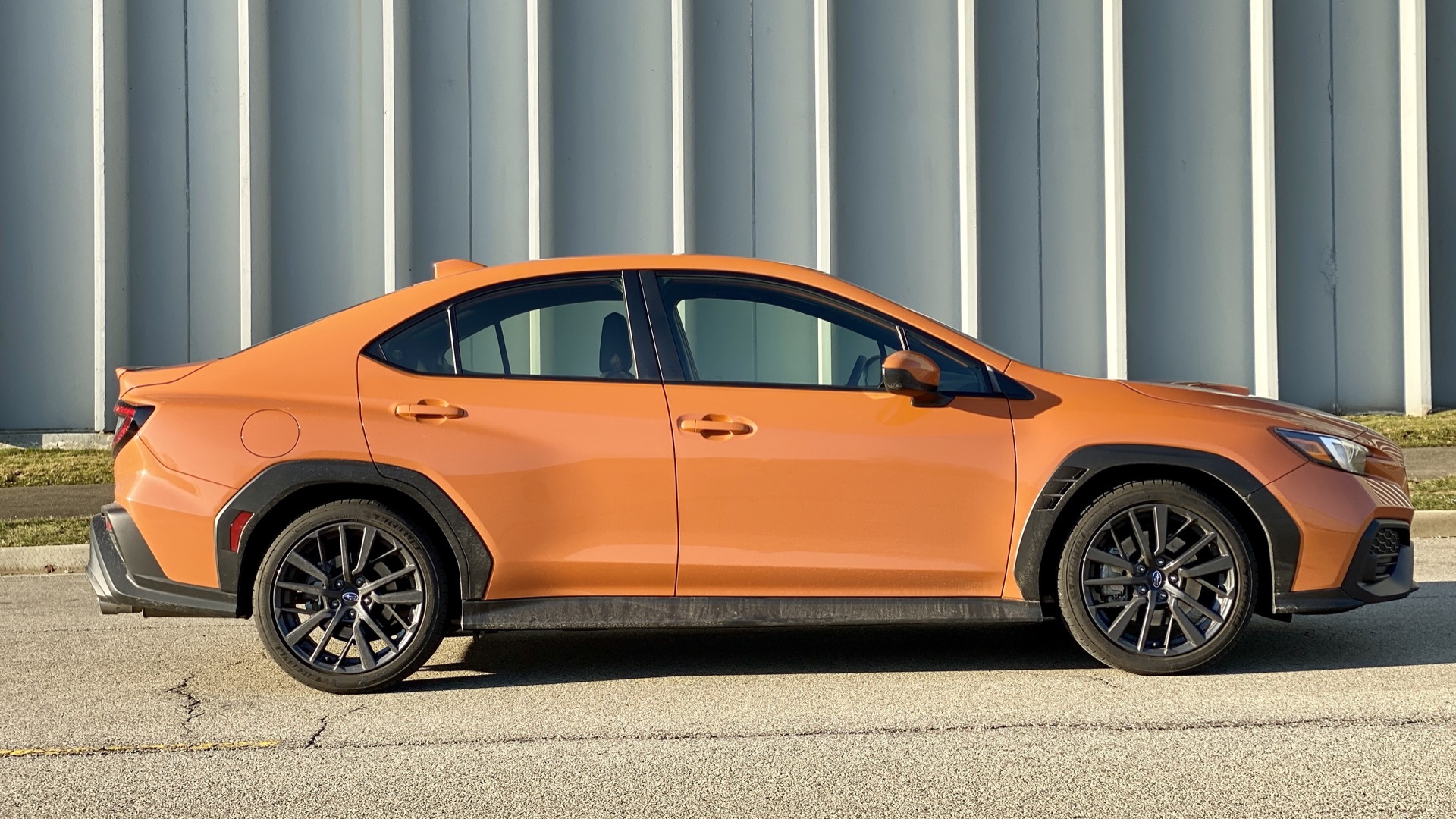 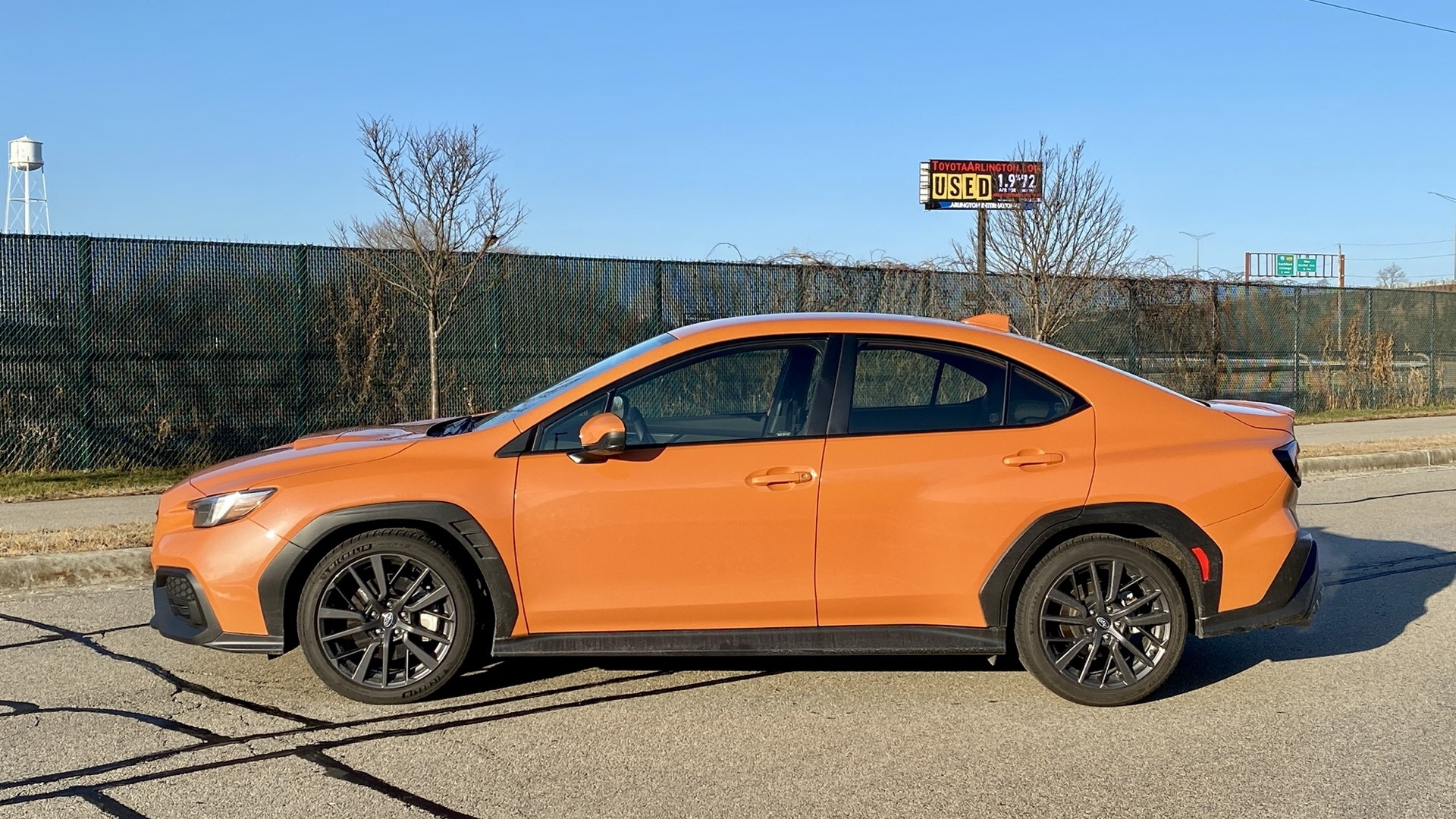 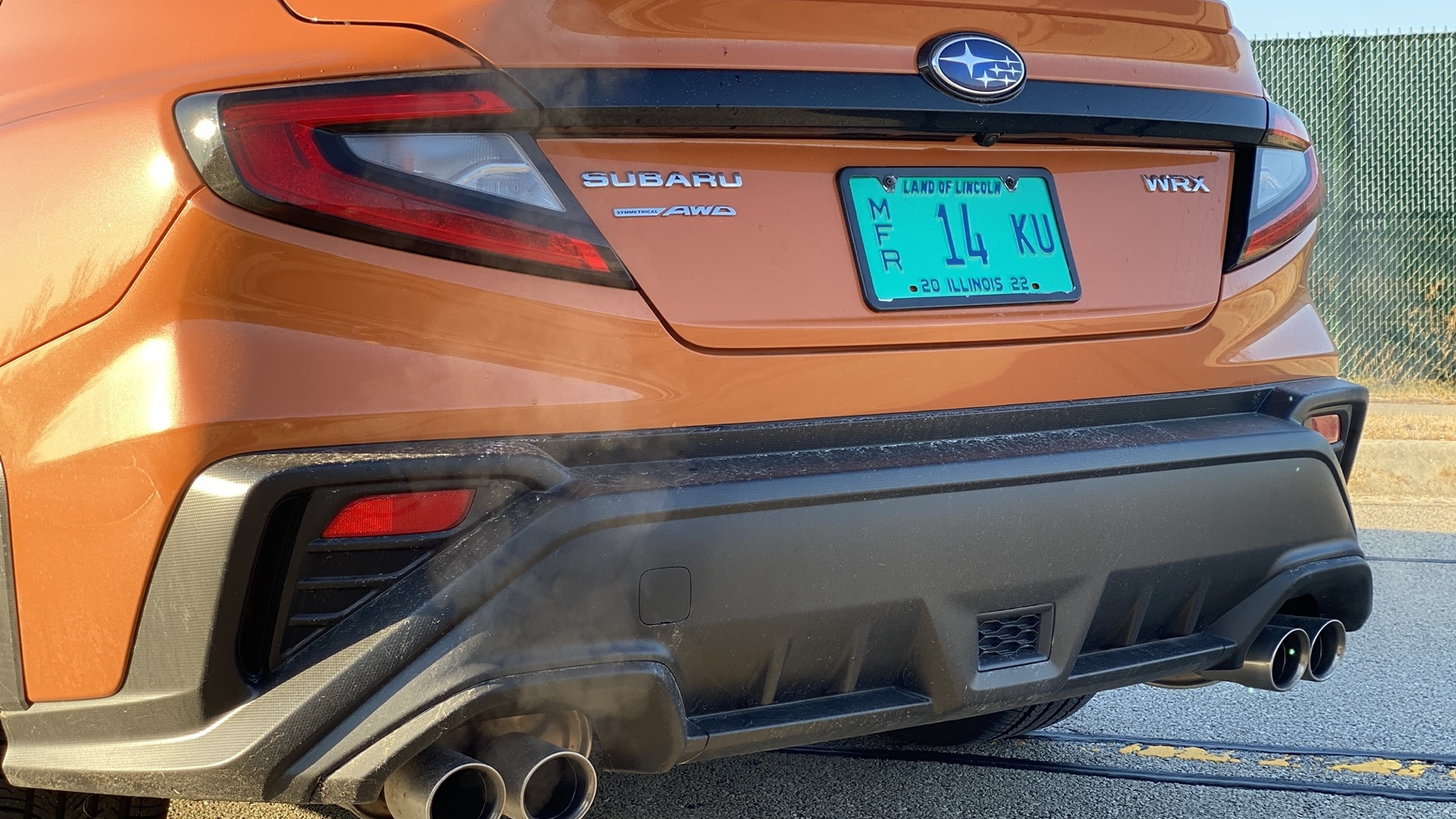 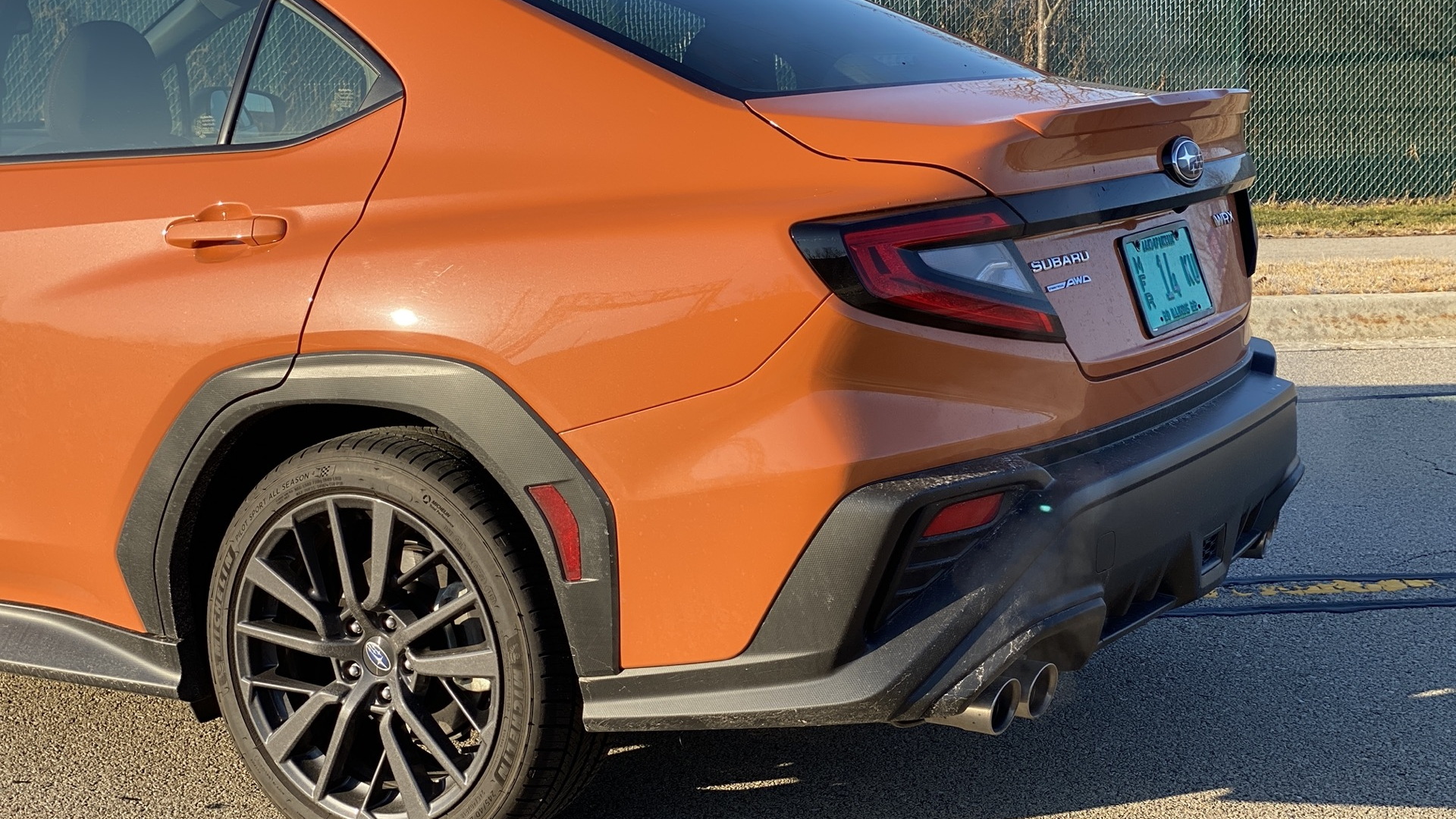 The 2022 Subaru WRX is new, right down to the platform. With turbocharged power, a manual transmission, simple controls, and functional design, the rally-bred sport sedan lives up to its heritage and at a good price. But it has some functional flaws, a divisive design, and steering that could be better.

After spending a week hustling the 2022 Subaru WRX around town, here’s where it hits and misses.

Subaru hasn't forgotten what makes a WRX a WRX, and a 6-speed manual transmission is still standard.

It appears Subaru has embraced the WRX’s original mission as a rally car for the street. It has all the right equipment for the job: standard all-wheel drive, a turbocharged engine, a manual transmission, and sport-tuned handling. The new-to-the WRX 2.4-liter turbo-4 packs 271 hp and 258 lb-ft of torque. Boost comes on earlier than in the last-generation car. The 6-speed manual transmission is somewhat notchy, but it’s satisfying in an era of automatic and dual-clutch gearboxes. The most overlooked part is a manual handbrake that’s just aching to be yanked for some sideways action. You won’t find that in a current, or likely forthcoming, Honda Civic Type R.

The WRX's steering is a bit too over boosted.

Miss: Light to the touch

The WRX’s steering is a bit light. In a crosswind on the highway, with ice and snow covered roads, it required an annoying number of corrections to keep things straight and steady. It’s less bothersome at parking lot speeds. This wasn’t an issue with the last WRX, and I’d prefer slightly heavier, more stable steering.

The dimpled fender flares are about function over form.

Hit: Dimpled, but not for effect

Excessive cladding with an unfinished look is a point of contention for many. The WRX’s fender flare cladding may not look good, but it is functional. The plastic features a dimpled finish almost like a golf ball. Road & Track reported that this helps improve airflow. Engineers said the unpainted, textured flares performed significantly better at keeping air flowing smoothly around the car than smooth, painted flares. Beyond that, the front flares have functional venting for further aerodynamic improvements. Function is always sexy on a sports car, even if the look isn’t.

The rear end of the latest WRX is more Honda Civic than Subaru WRX.

The front end of the latest WRX takes an evolutionary design approach. It’s sleeker than before and looks good. The rear end looks like a ninth-generation (2011-2014) Honda Civic. It’s a shame the rear end didn’t take an evolutionary approach like the front. If you are going to copy someone’s homework, at least copy someone that aced the exam.

Hit: One touch is a premium touch

The WRX is a bargain sports car, not a premium luxury sedan. Yet, my $33,100 Premium trim model featured one-touch window controls for every window and every switch. That was a nice surprise. The flat-bottom steering wheel is just the right size, though it’s a shame it cannot be heated. This is a Subaru after all.

It takes how many taps to turn on the heated seats in a Subaru?

Subarus are typically simple-to-use machines, and in many regards the WRX is, too. Examples include the manual handbrake and the easy-to-read analog gauges. But the new 11.6-inch touchscreen infotainment system, first seen in the Outback, it’s prone to glare due to its mounting angle. Regardless of which screen is being displayed, two taps of the screen are required to turn on the seat heaters. That’s silly in any car, especially a Subaru. The Forester retains small rocker switches on the center console that provide a satisfying click when used. The WRX doesn’t. The seat heaters also don’t come back on after a key cycle like many new cars. At 5-foot-10, I found the center console places the center armrest too far back to use comfortably while cruising down the highway.

Casting functional quibbles aside, the 2022 Subaru WRX simply can’t be beaten in terms of performance per dollar.