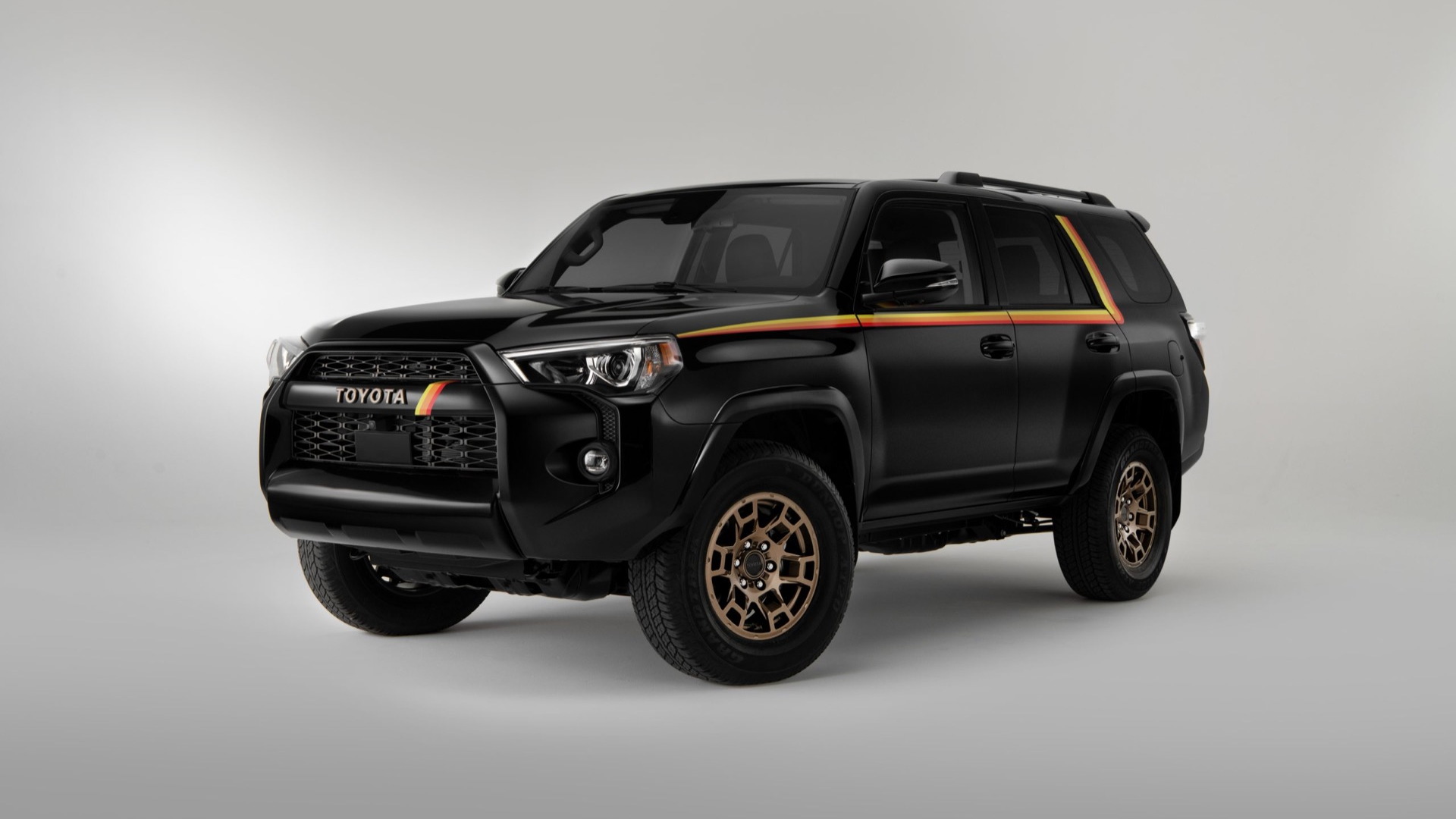 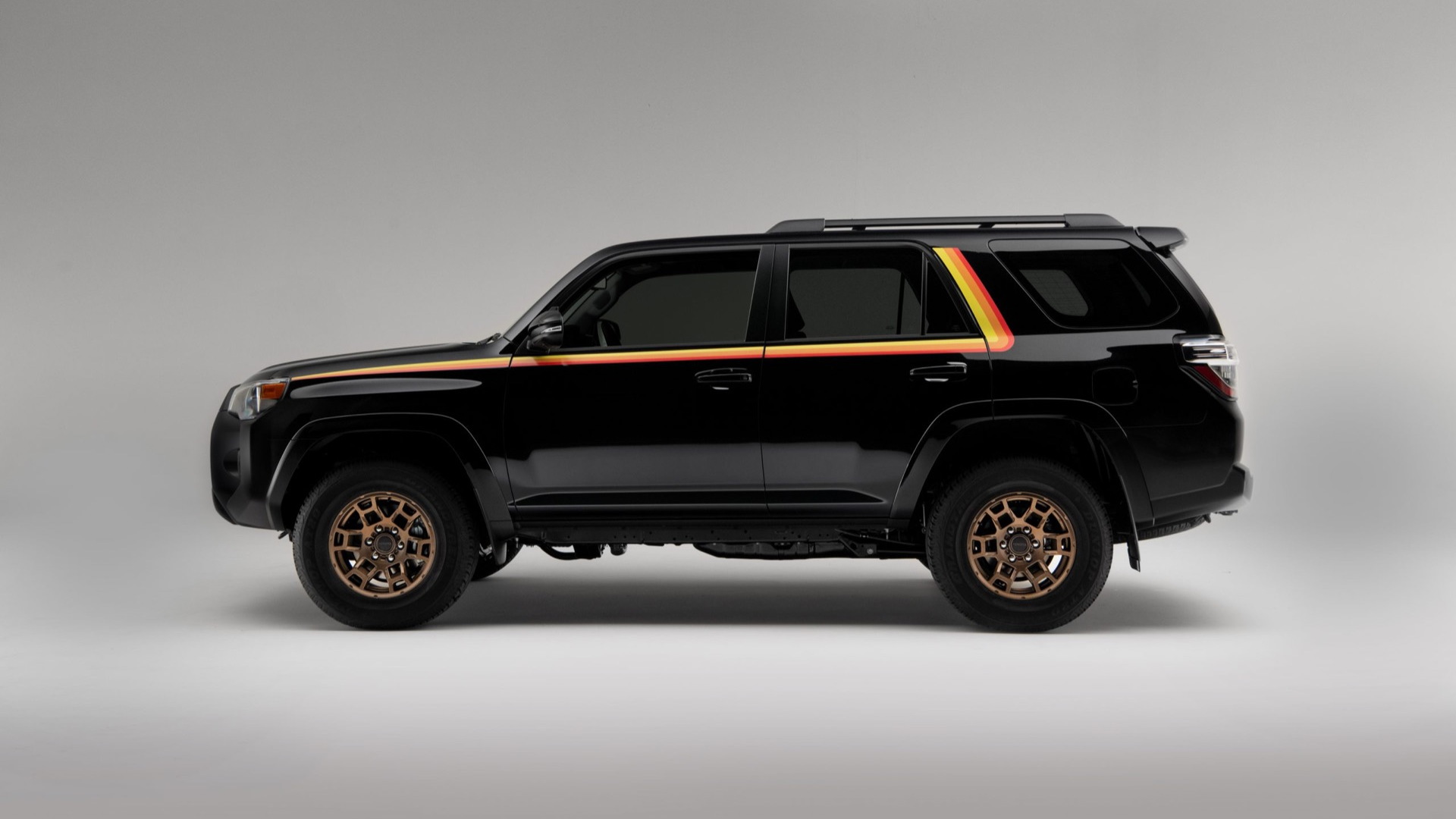 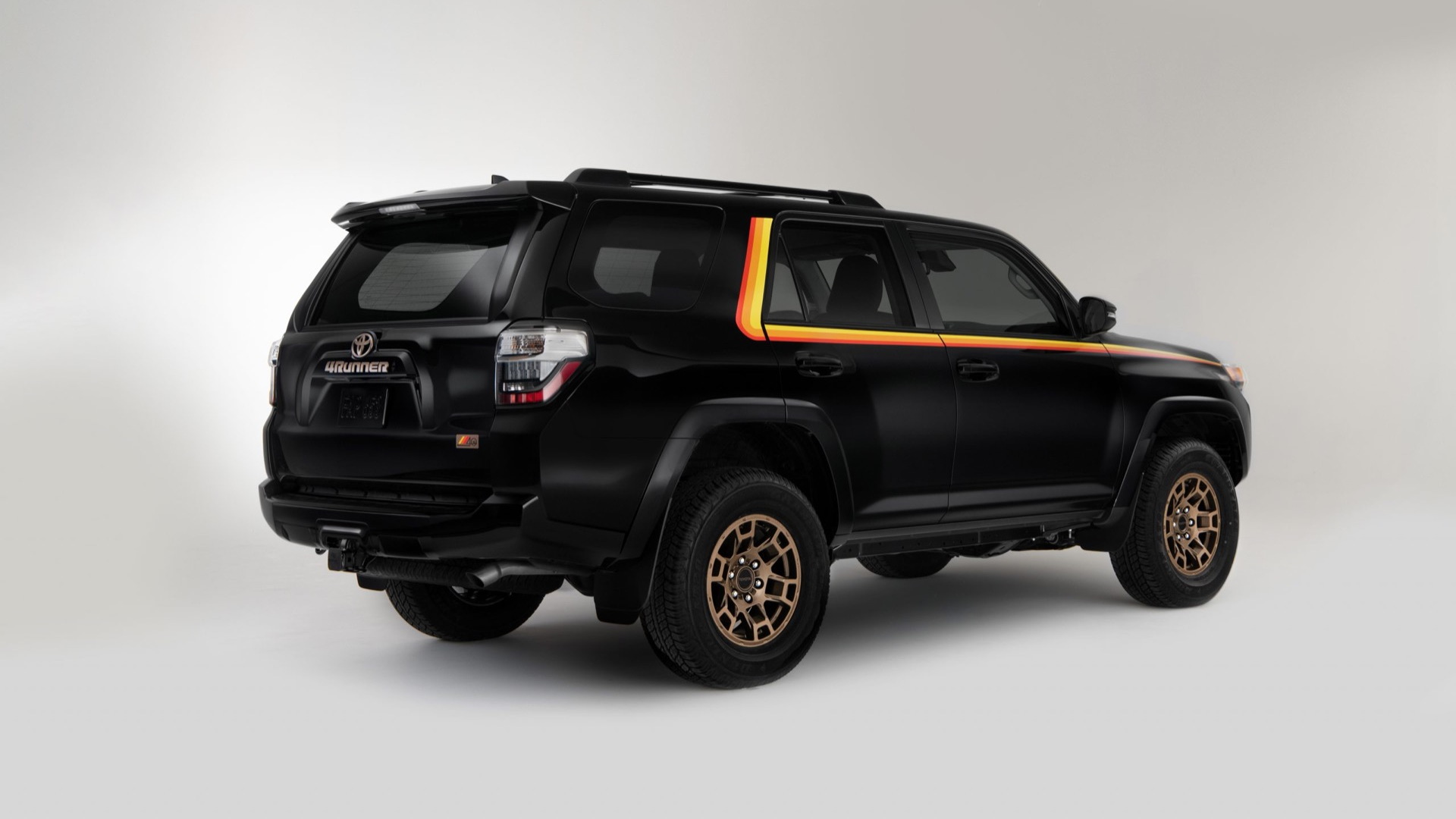 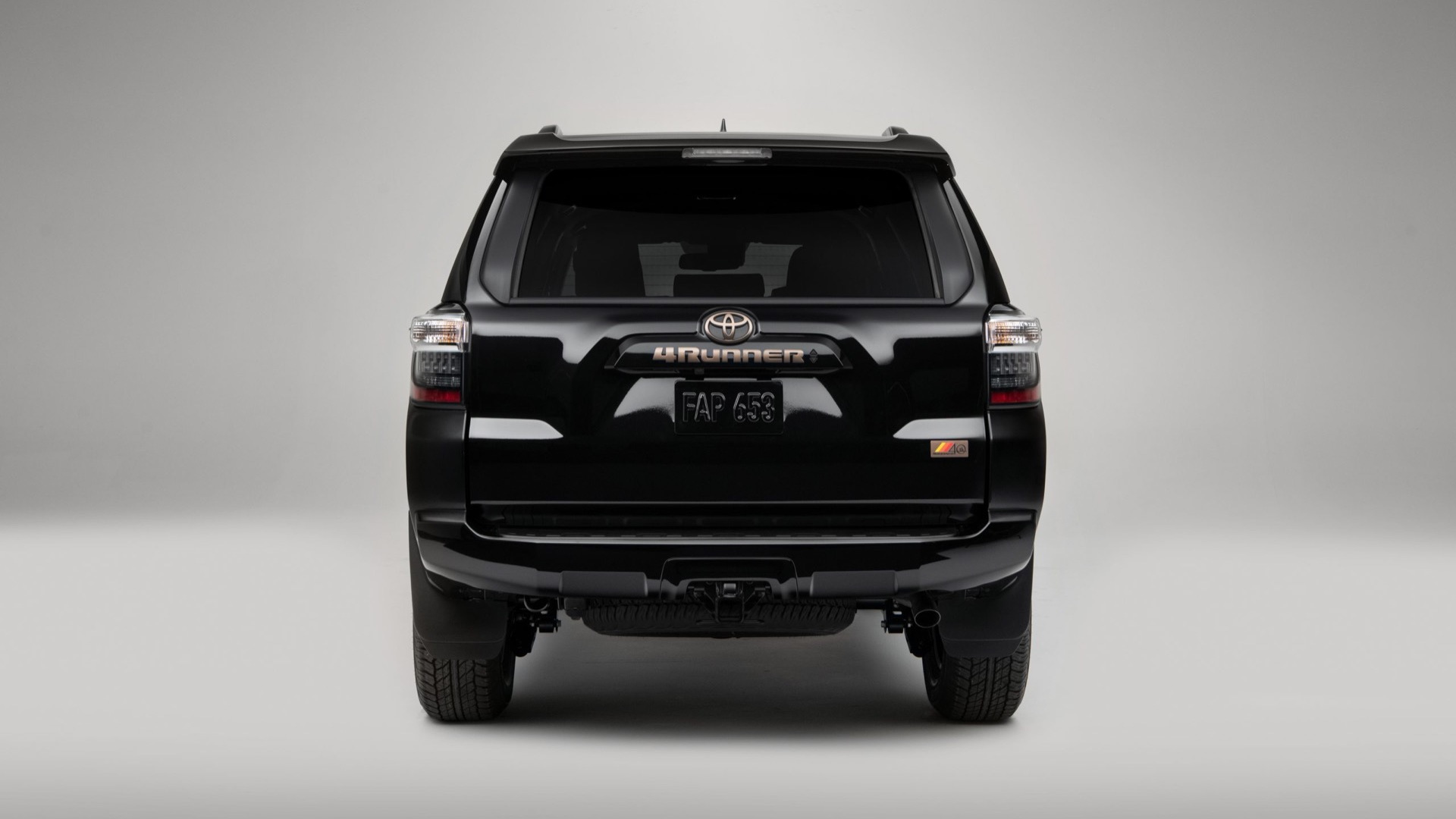 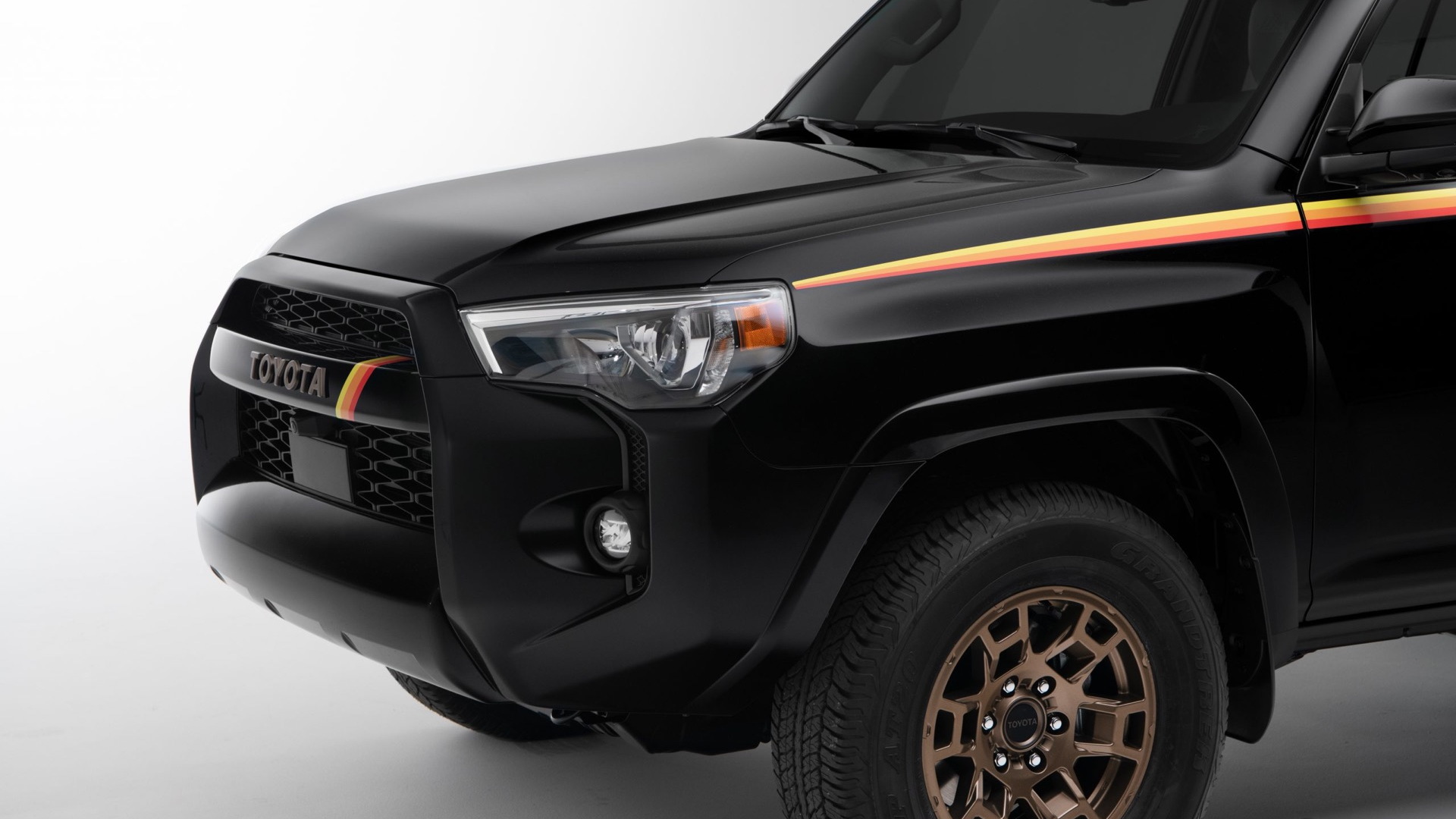 The Toyota 4Runner comes from humble roots but today is praised for an impressive mix of dependability, ruggedness and versatility.

The 4Runner nameplate was introduced in 1983, originally on what was essentially a compact pickup with a canopy over the bed. It evolved into the mid-size SUV we know today with the third generation introduced in the mid-'90s, with the current model on sale today representing the fifth generation of the nameplate.

With the arrival of the 2023 4Runner, Toyota is marking the nameplate's 40-year run with the 4Runner 40th Anniversary Special Edition. A total of 4,040 examples will be built for the U.S., each based on the 4Runner's SR5 Premium grade with four-wheel drive.

Each will come with bronze-colored 17-inch alloys, as well as a heritage grille matching the body color. Buyers will be able to choose between white, black metallic or red metallic for their vehicles. A special 40th Anniversary logo will feature on various points of the vehicle, alongside an exterior graphics package whose yellow, orange and red colors represent liveries used on racing 4Runners from the past. Bronze accents also feature inside, like the contrast stitching used on the shift knob and seats. More 40th Anniversary logos can be found on the seats and floormats, and a power moonroof is included as standard.

All 4Runner grades use the same 4.0-liter V-6 rated at 270 hp and 278 lb-ft of torque. The engine is coupled to a 5-speed automatic transmission, and rear-wheel-drive 4Runners get a standard limited-slip differential. Buyers opting for four-wheel drive get a ground clearance of 9.6 inches, versus 9.0 inches for rear-wheel drive. Maximum towing capacity is 5,000 pounds for all 4Runners. An integrated tow-hitch receiver and wiring harness come standard.

The 2023 4Runner, including the 40th Anniversary Special Edition, will be available later this year. Pricing information will be announced closer to the market launch.