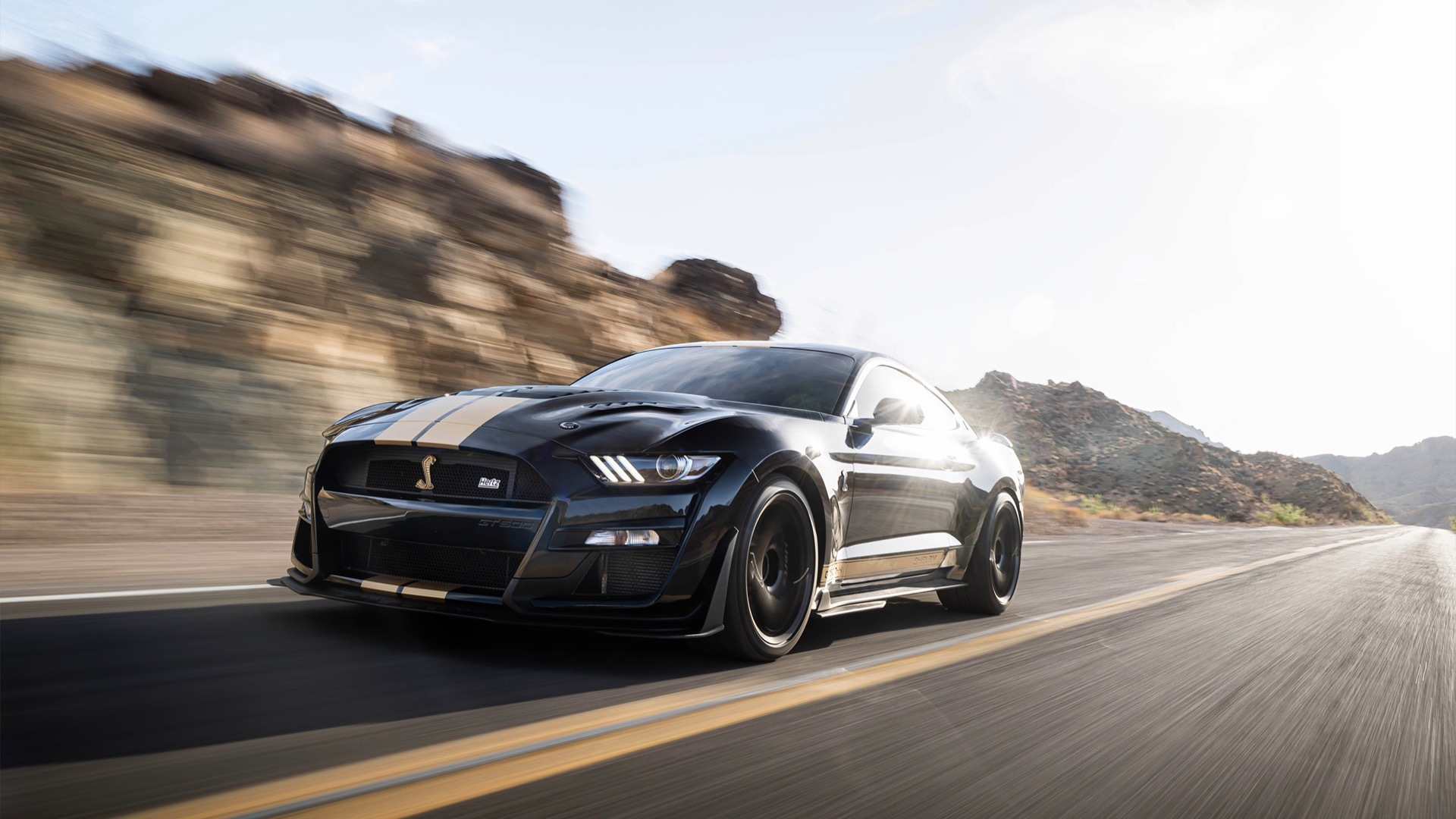 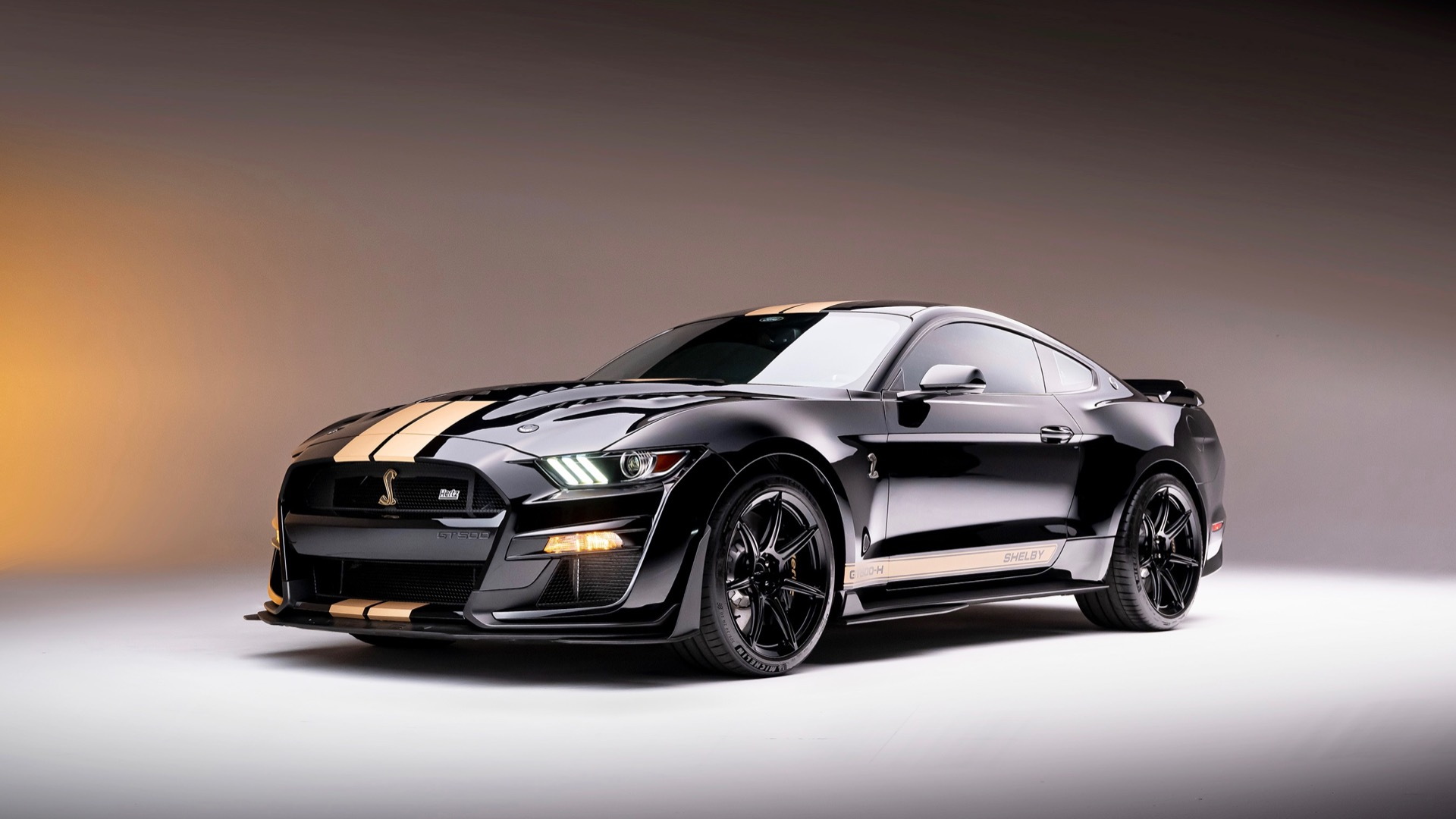 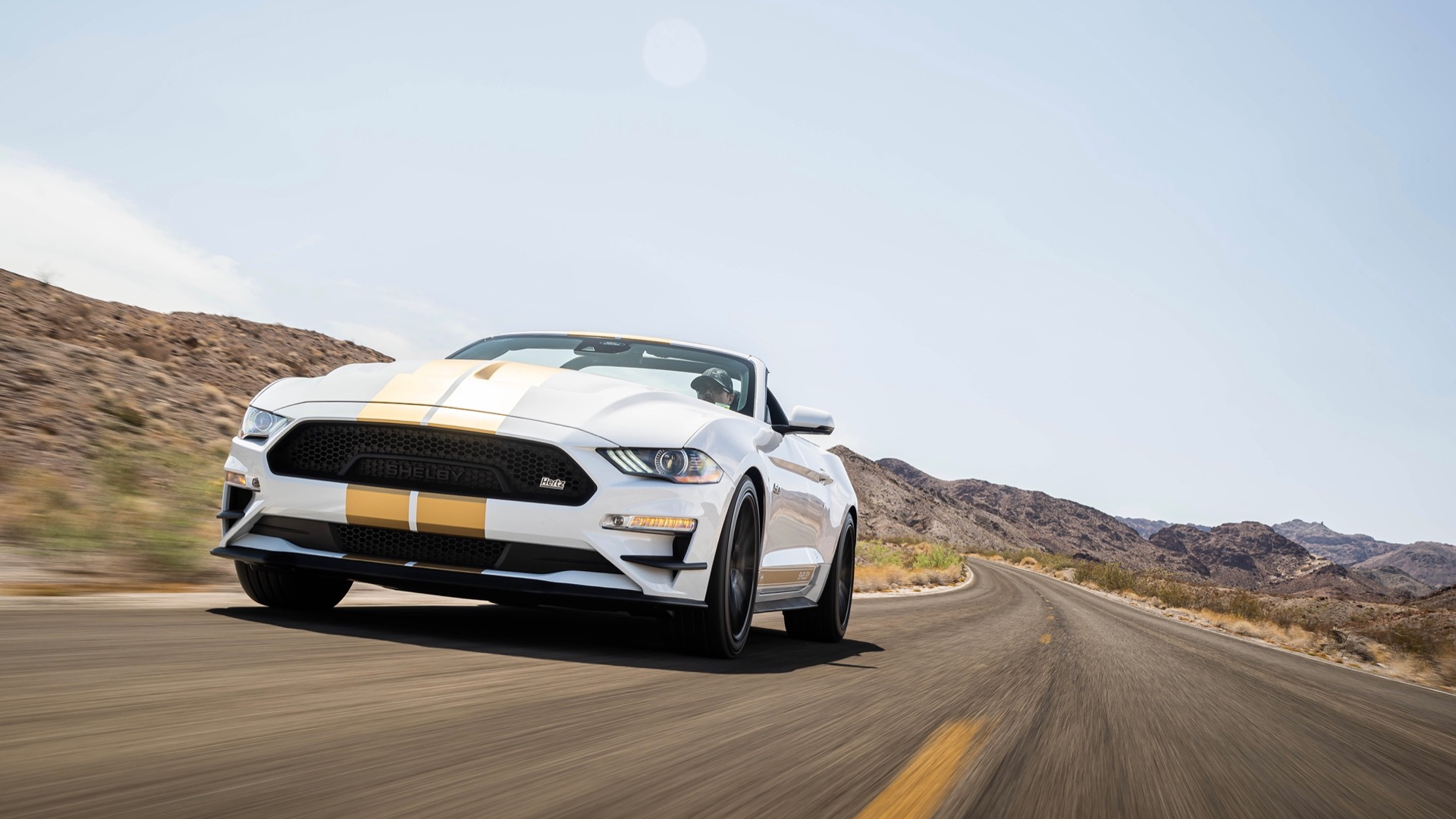 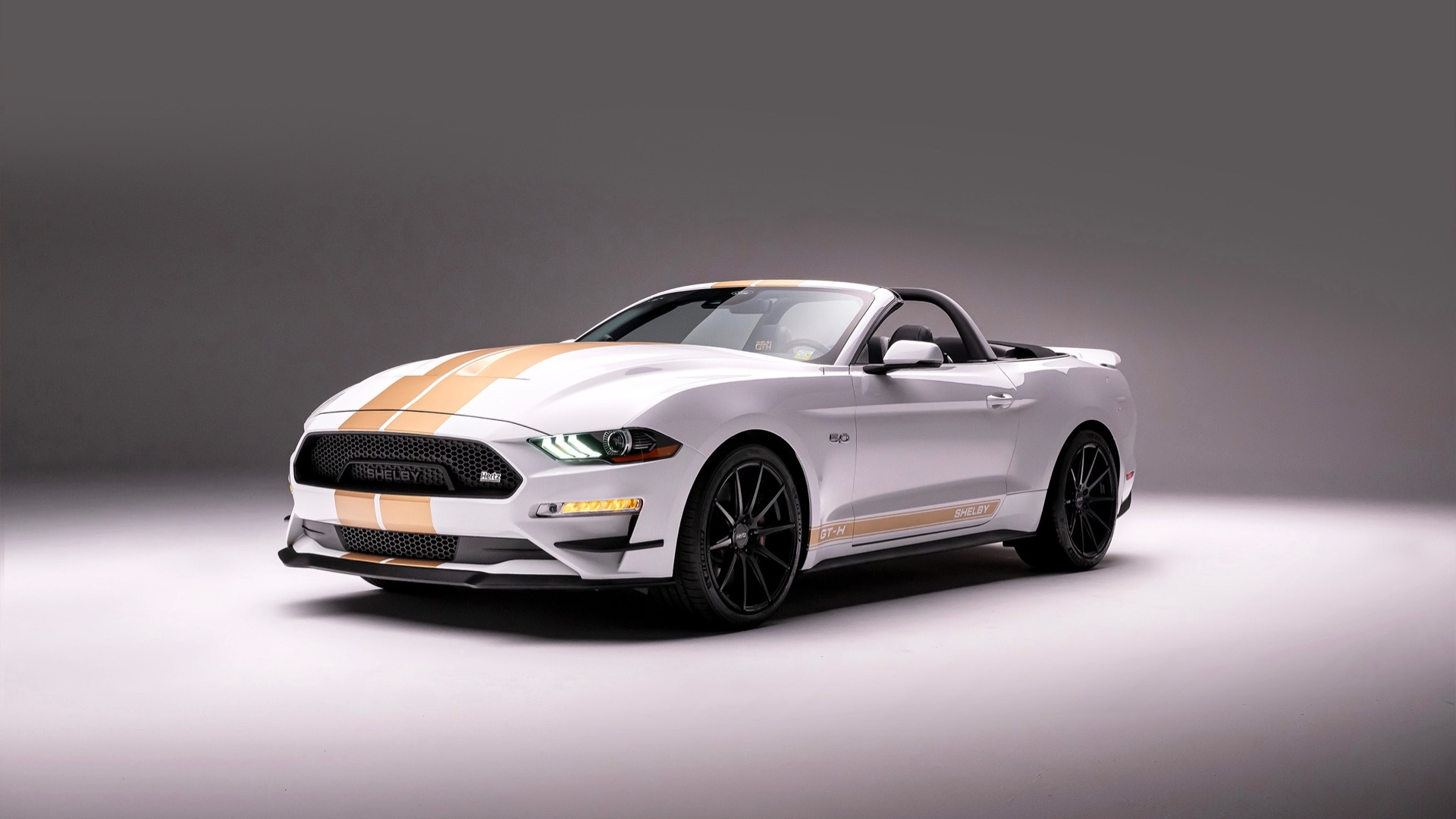 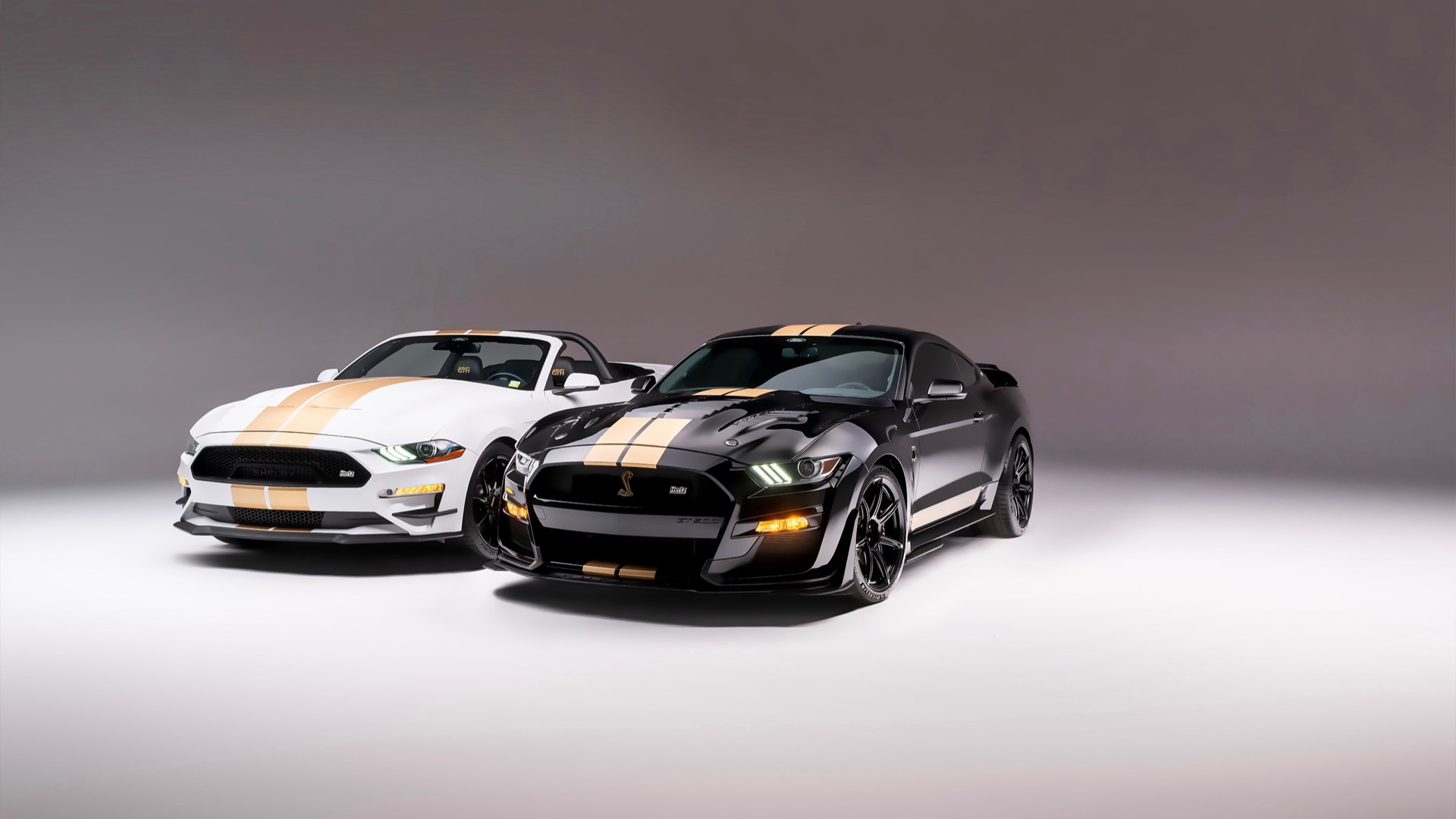 Hertz and Shelby American are once again teaming up to offer "Rent-a-Racer" Ford Mustangs to power-hungry travelers. The special Mustangs will be available to rent at certain Hertz locations starting this summer.

The highlight is based on the Ford Mustang Shelby GT500. Dubbed GT500-H, it produces more than 900 hp, Hertz claims. The engine churning out that power is the same 5.2-liter supercharged V-8 as the standard GT500, which produces 760 hp from the factory.

Hertz will also offer a tamer Mustang GT-H in coupe and convertible forms. Based on the Mustang GT, the GT-H gets a Borla cat-back exhaust system for its 5.0-liter V-8, 20-inch wheels with staggered widths and Michelin all-season tires, and a Shelby hood, upper grille, fascia winglets, and taillight panel.

The GT500-H, available a coupe only, will be offered in Las Vegas, Phoenix, and the Florida cities of Fort Myers, Miami, Orlando, and Tampa. The Shelby GT-H coupes and convertibles will be offered in Atlanta, Dallas, Fort Lauderdale, Fort Myers, Las Vegas, Los Angeles, Miami, Orlando, Phoenix, San Diego, San Francisco, and Tampa.

Hertz didn't say how many of the GT-H cars would be built, but noted that they will be completed at Shelby American's Las Vegas facility as part of a three-year partnership with the company.

The Rent-a-Racer concept originated with the 1966 Ford Mustang Shelby GT350-H, and the concept was revived in 2006. Hertz last unveiled a Shelby Mustang in 2016, and has since collaborated with Ford rival General Motors on special-edition rentals. Hertz is also adding EVs to its fleet, starting with the Tesla Model 3 and Polestar 2.