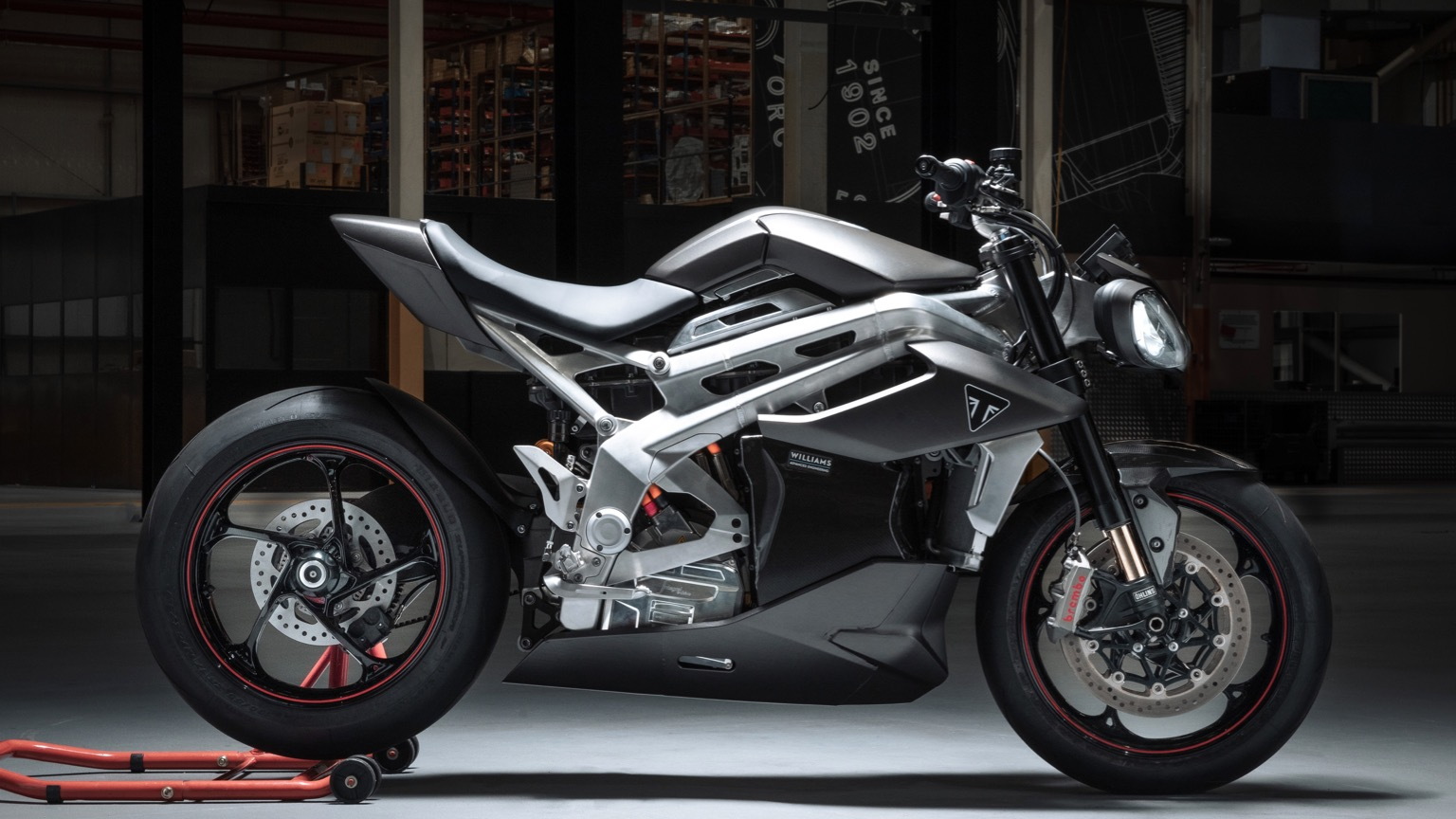 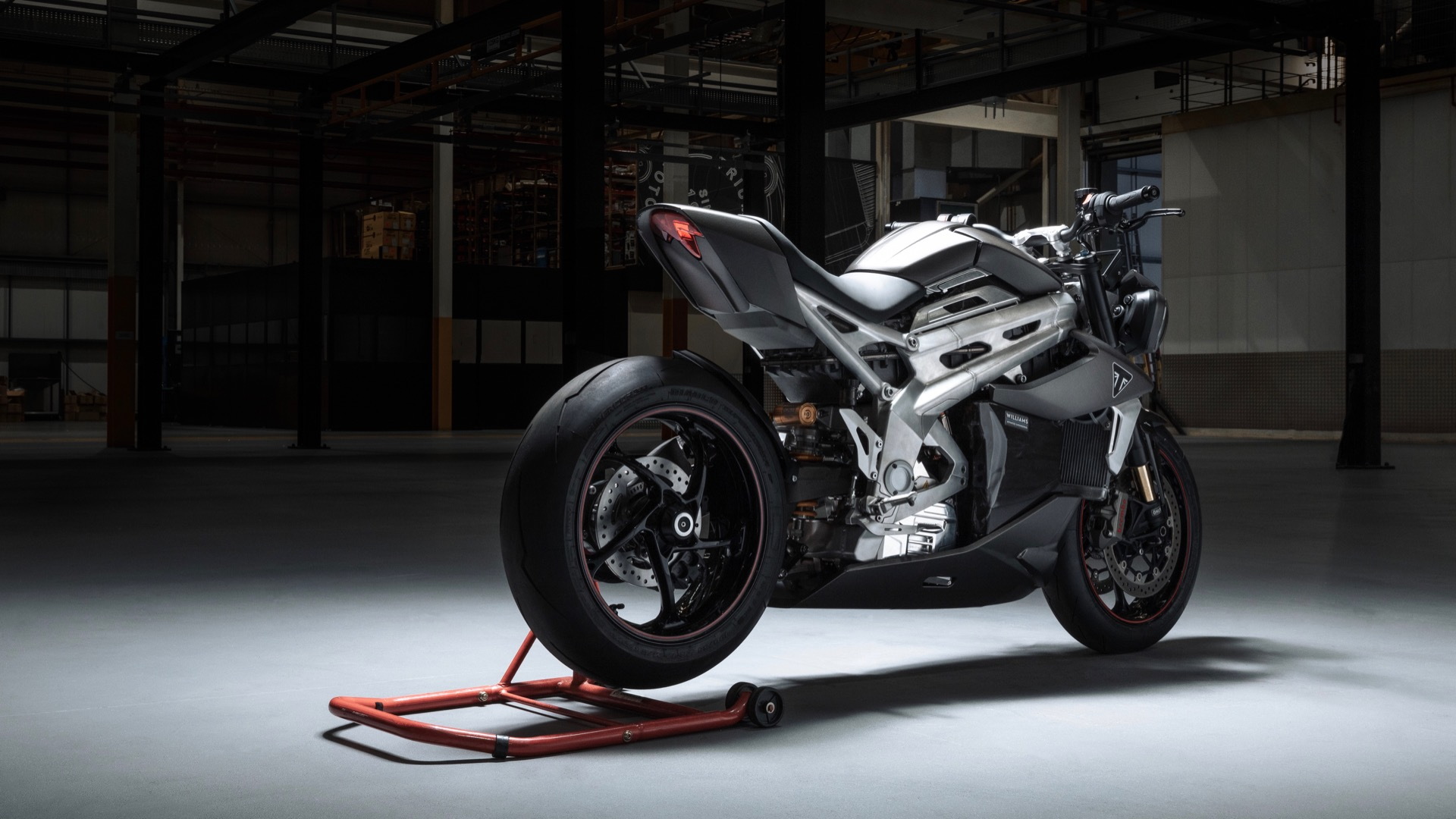 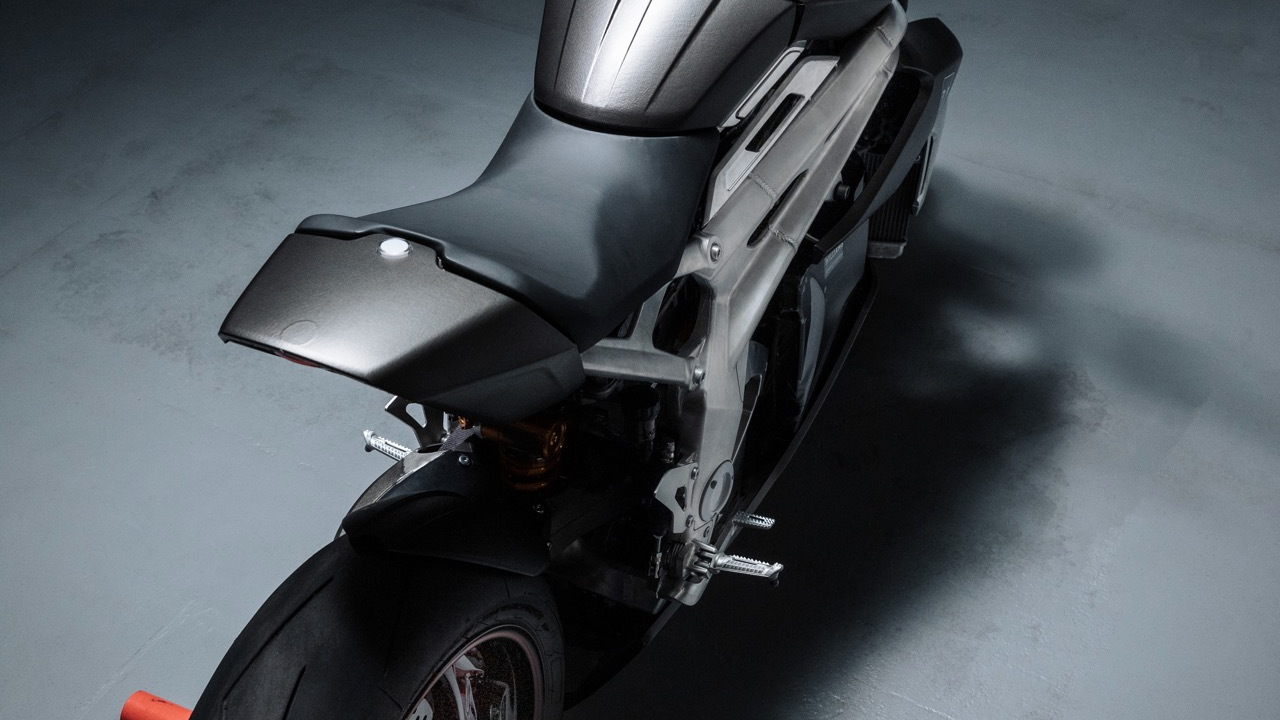 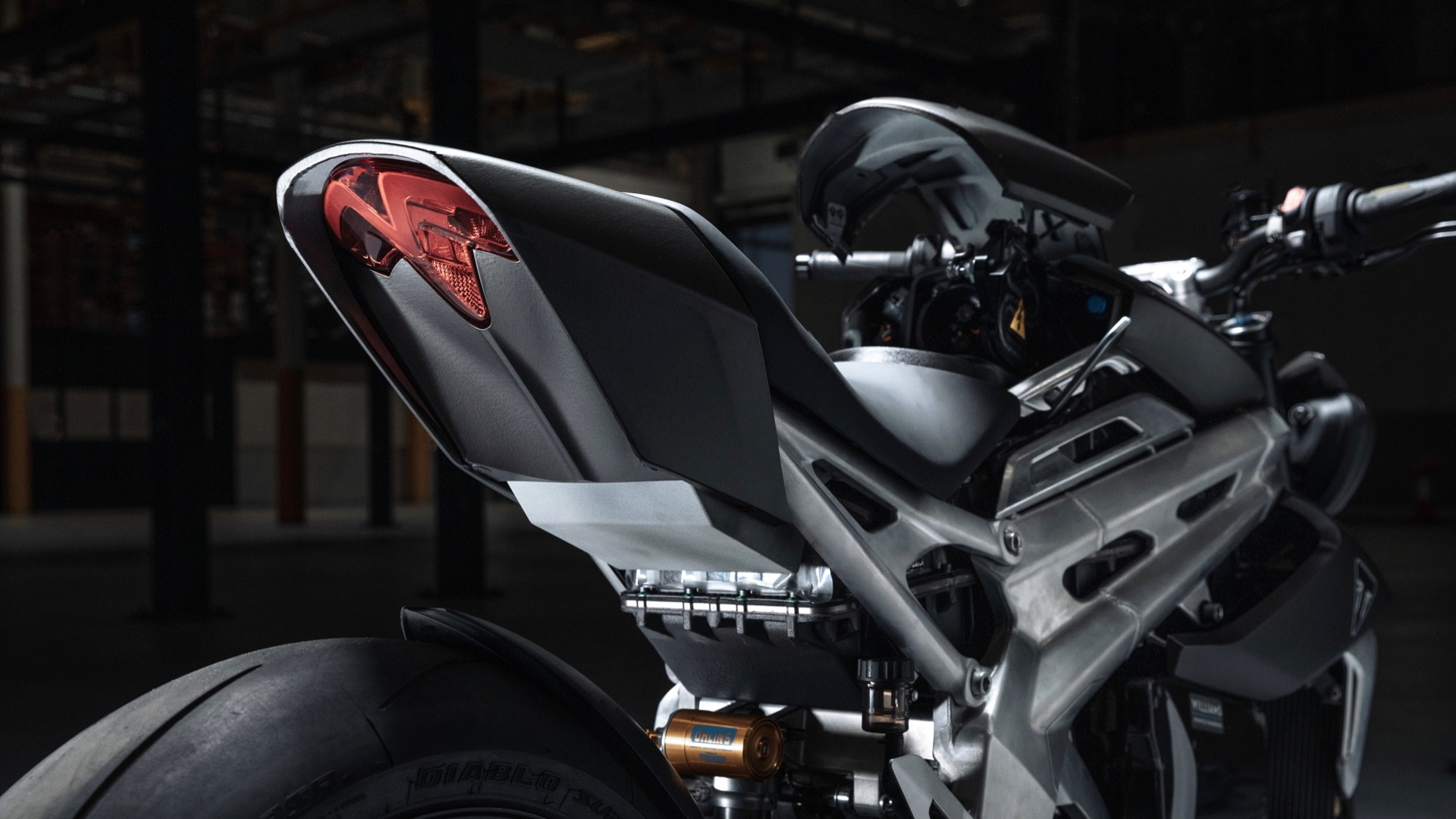 Triumph on Tuesday unveiled a prototype electric motorcycle developed in collaboration with Williams Advanced Engineering, the engineering spinoff of the Williams Formula One team.

The Triumph TE-1 prototype has a battery pack developed by Williams. The 15-kwh pack powers an electric motor that produces 80 kw (107 hp) of continuous power and 130 kw (174 hp) of peak power. The pack can DC fast charge from 0-80% in under 20 minutes, Triumph said in a press release.

Williams also arranged the battery modules for an optimal center of gravity, and designed a vehicle control unit that's integrated with the battery pack to minimize weight and optimize packaging, according to Triumph. Williams also developed the bike's battery-management software and a DC-DC converter, Triumph noted.

Now that the prototype has been completed, the next phase of the project will involve testing at Triumph's facilities, including dynamometer and track testing. Triumph expects this testing phase to be completed by the summer, after which the TE-1 will be fitted with body panels and sent out on track demonstrations.

Triumph hopes to finalize specifications over the course of the in-house testing and track demonstration phases, but it's unclear when a production version of the TE-1 might reach showrooms.

Previously the domain of specialist upstarts, electric motorcycles are now getting attention from established manufacturers. Harley-Davidson has the LiveWire, which is destined to become a standalone brand. Polaris bought electric-motorcycle firm Brammo in 2015, and has a partnership with Zero Motorcycles, and it's also discussed electric ATVs. Honda, Kawasaki, Suzuki, and Yamaha are working on a standardized battery-swapping system for the Japanese market.