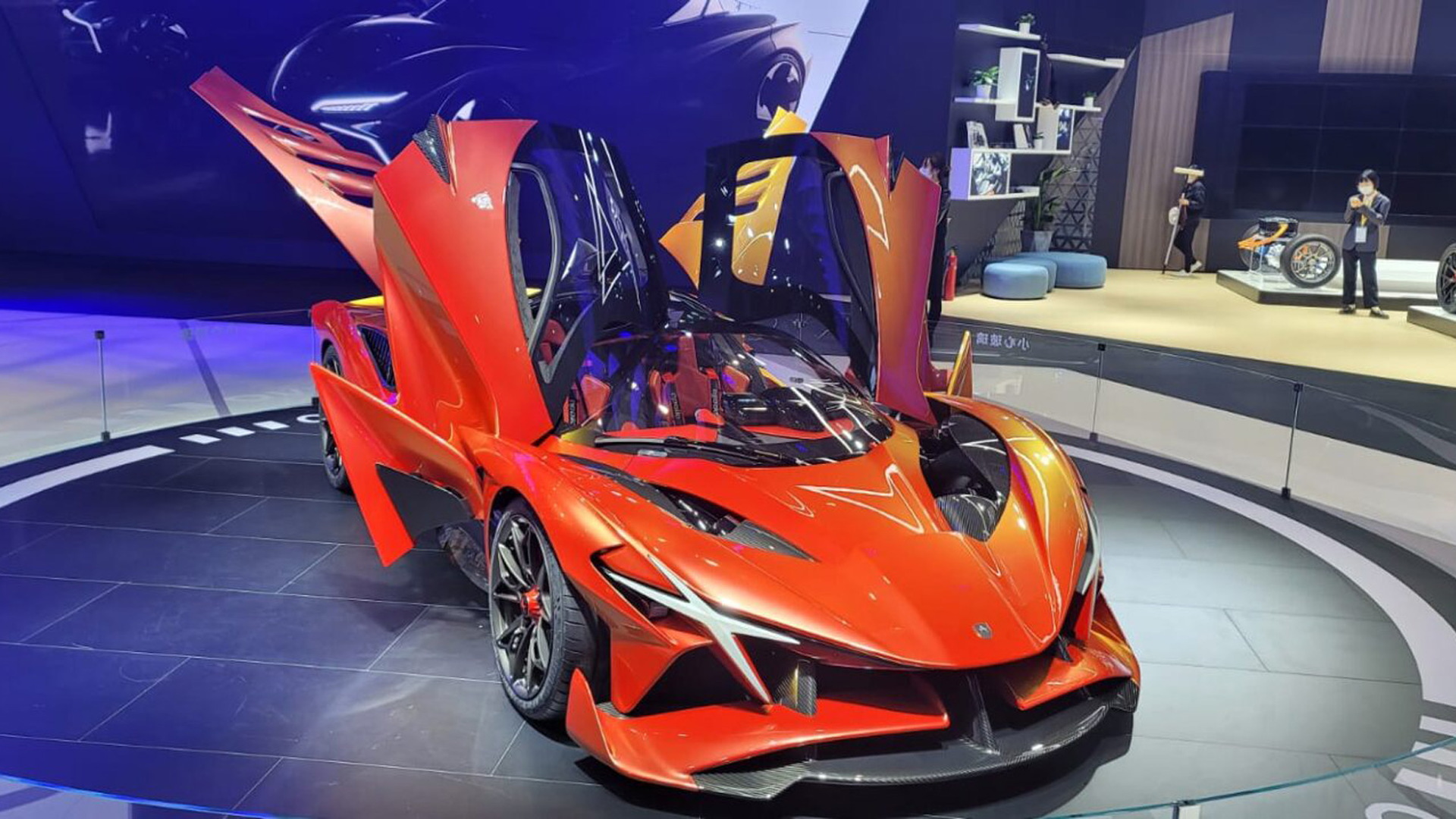 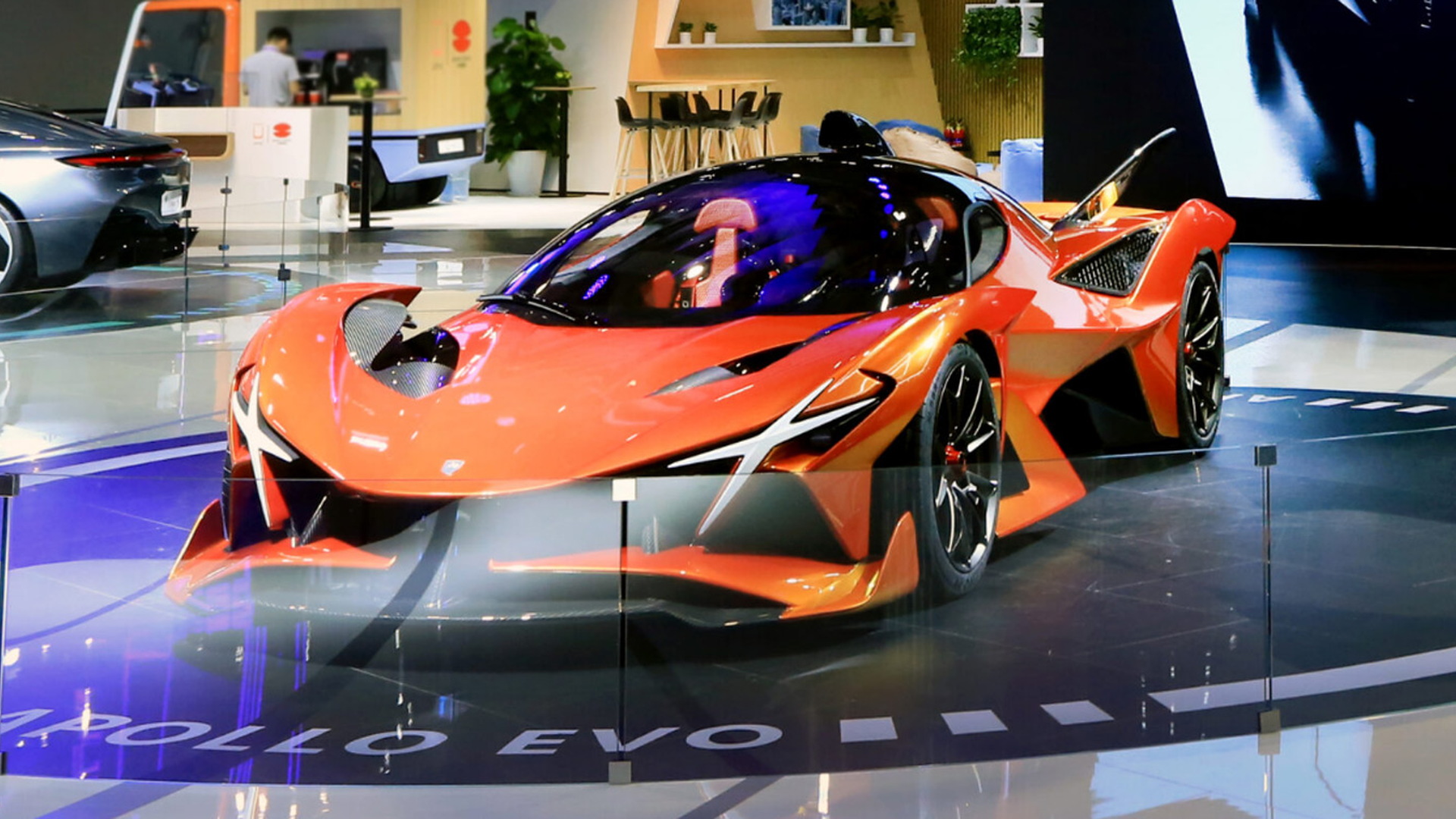 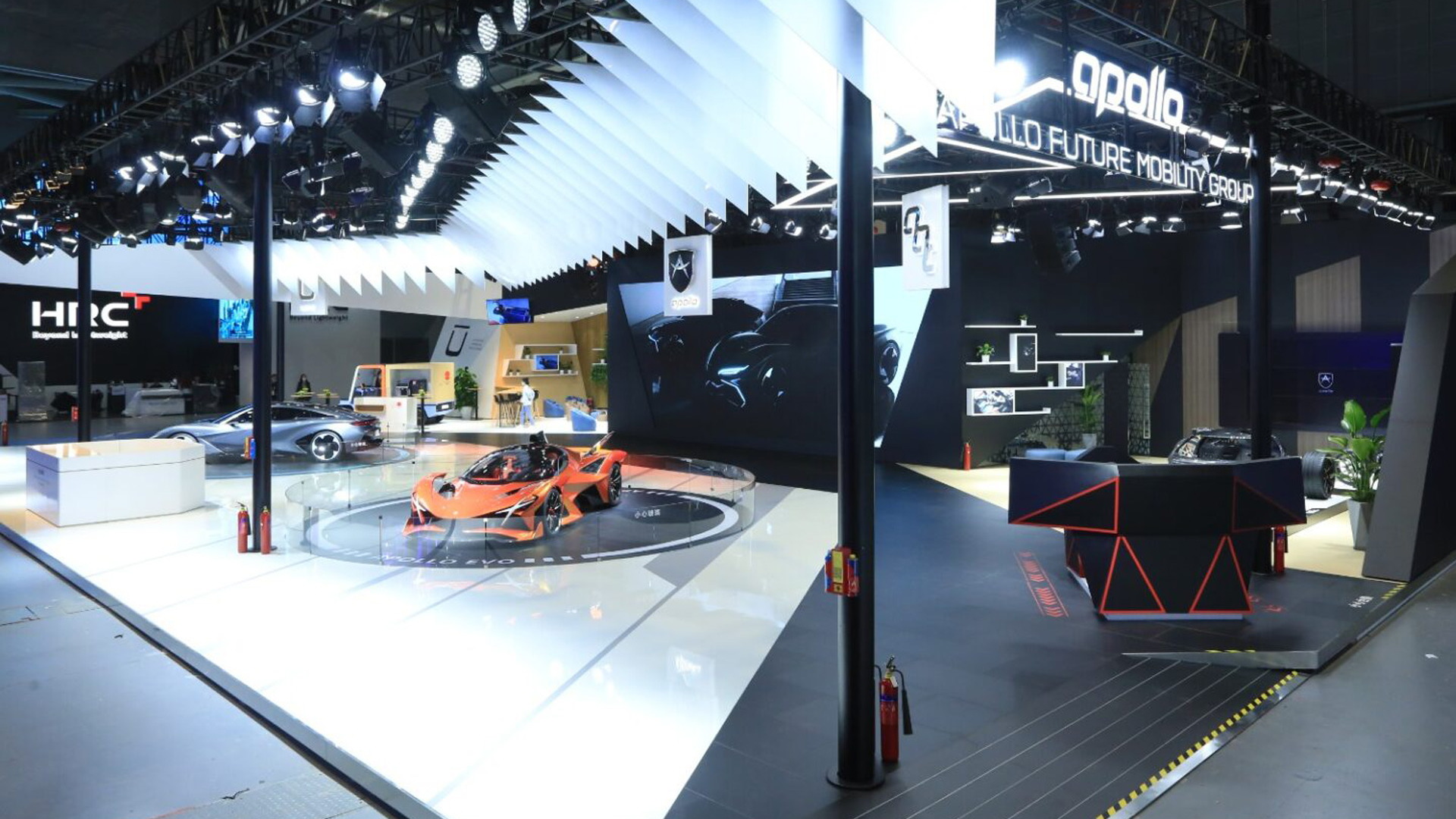 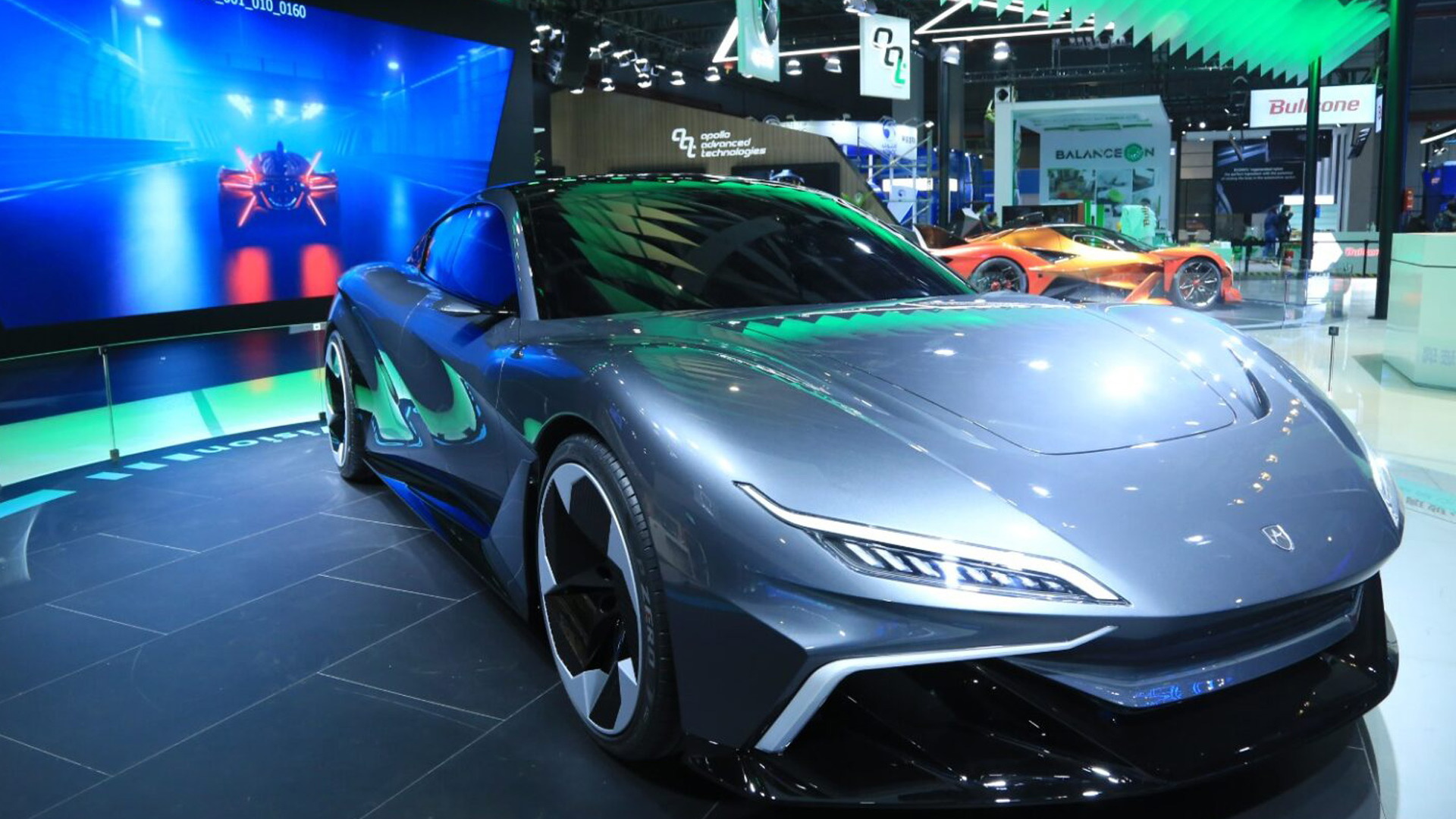 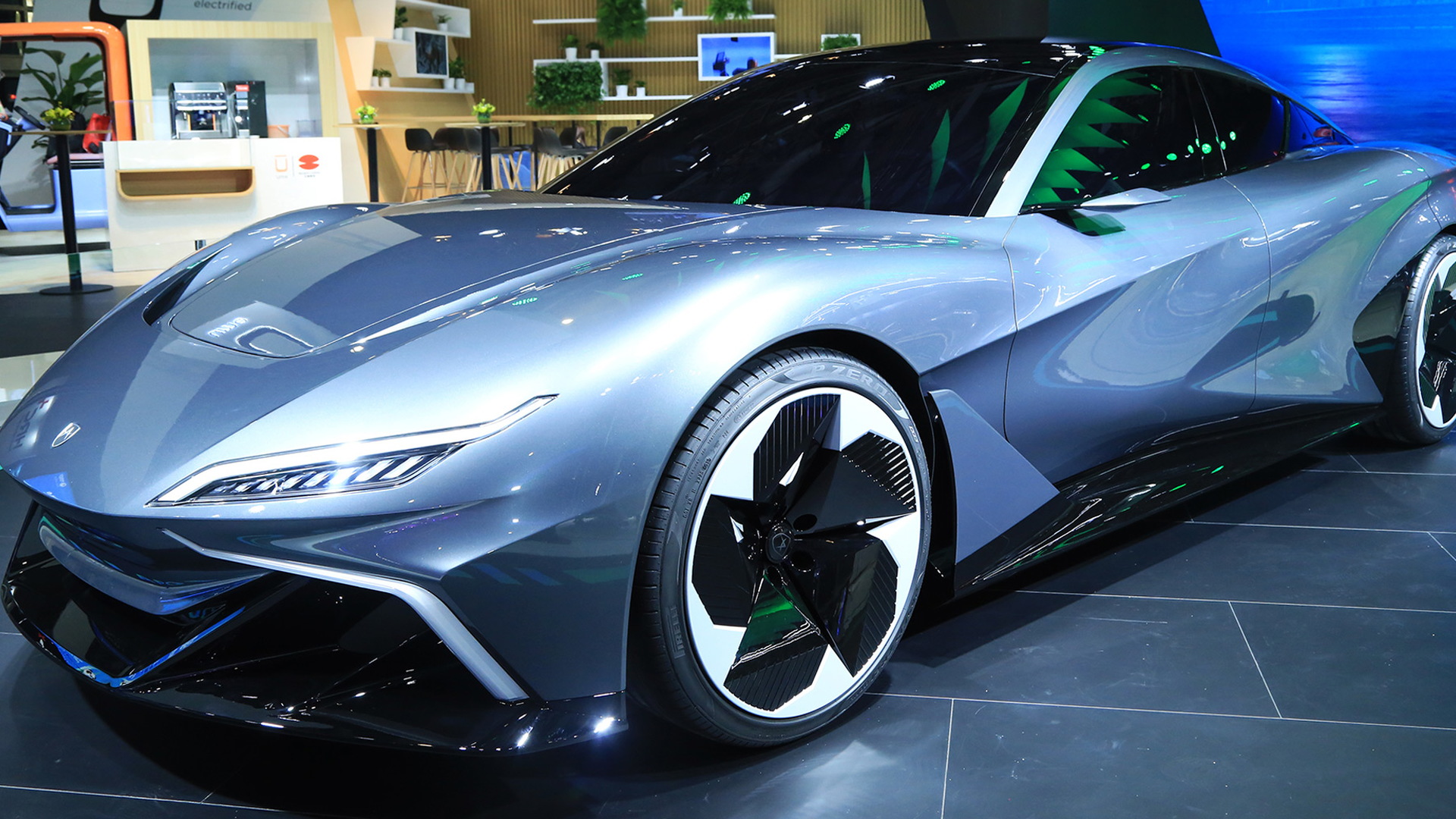 After making its mark in the world in 2019 with the insane Intensa Emozione hypercar, Apollo is now pressing ahead with a successor model code-named Project Evo, as well as an expansion into the rapidly growing electric-vehicle segment.

The company on Friday presented several concepts at the China International Import Expo 2021 trade show currently underway in Shanghai, among which were the Project Evo hypercar and EVision S electric coupe. The company also presented a video of an EVision X electric crossover concept.

Few details were mentioned apart from the Project Evo featuring a carbon-fiber monocoque structure that exceeds LMP2 standards, and the EVision S having enough space for four adults.

Other concepts included an electric powertrain and electric delivery vehicle, both developed as a showcase of engineering services available via a new in-house consulting division called Apollo Advanced Technologies. The electric powertrain, known as the Crate Powertrain, is claimed to run on an 800-volt system and feature a silicon-carbide inverter, both of which are ideal for high efficiency.

“Our group delivers a full suite of services to the industry that accelerate innovation, ranging from design, engineering, simulation, prototyping, prototype testing, and all the way to pre-production prototypes,” Ho King Fung Eric, chairman of AFMG, said in a statement.