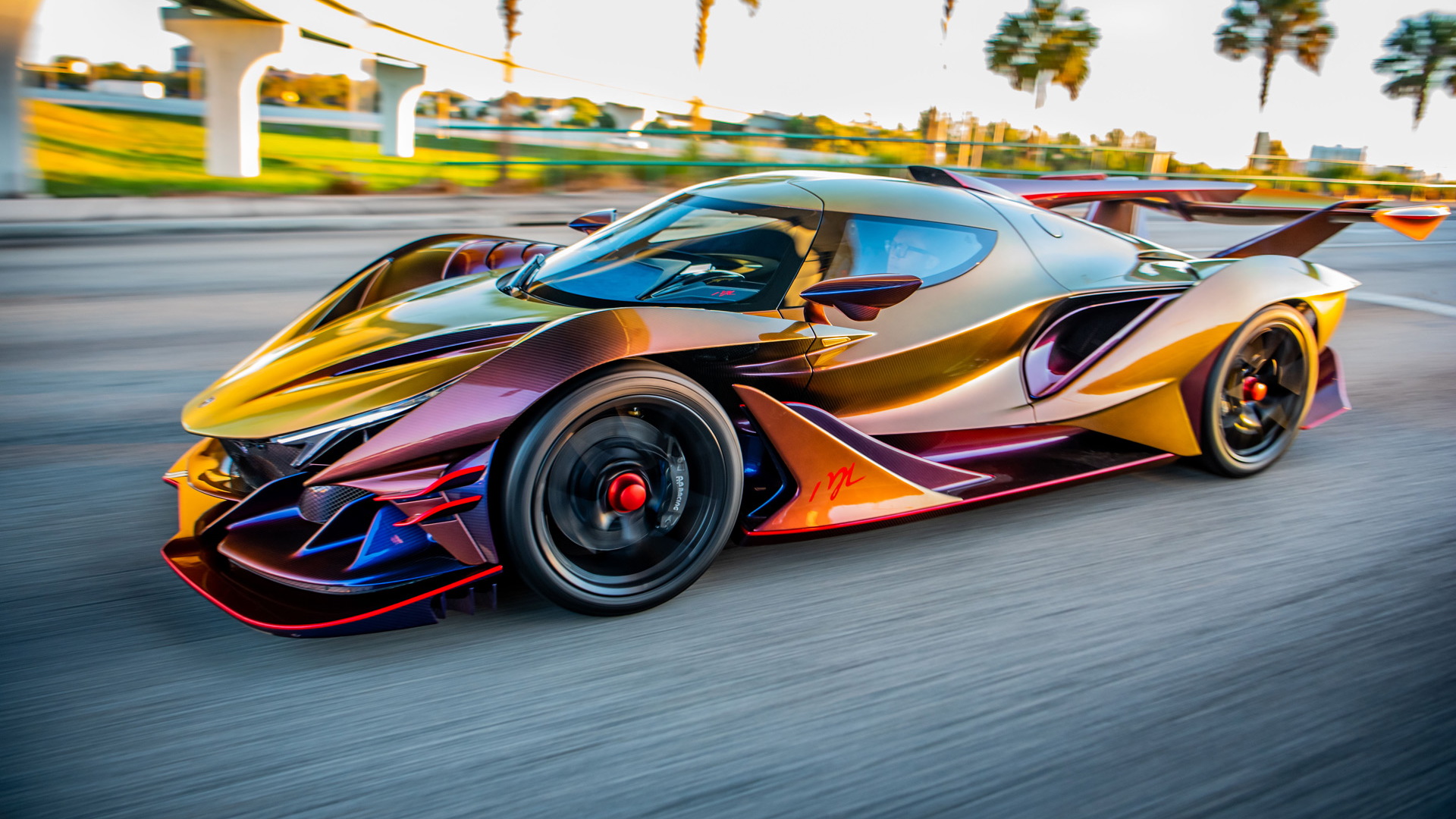 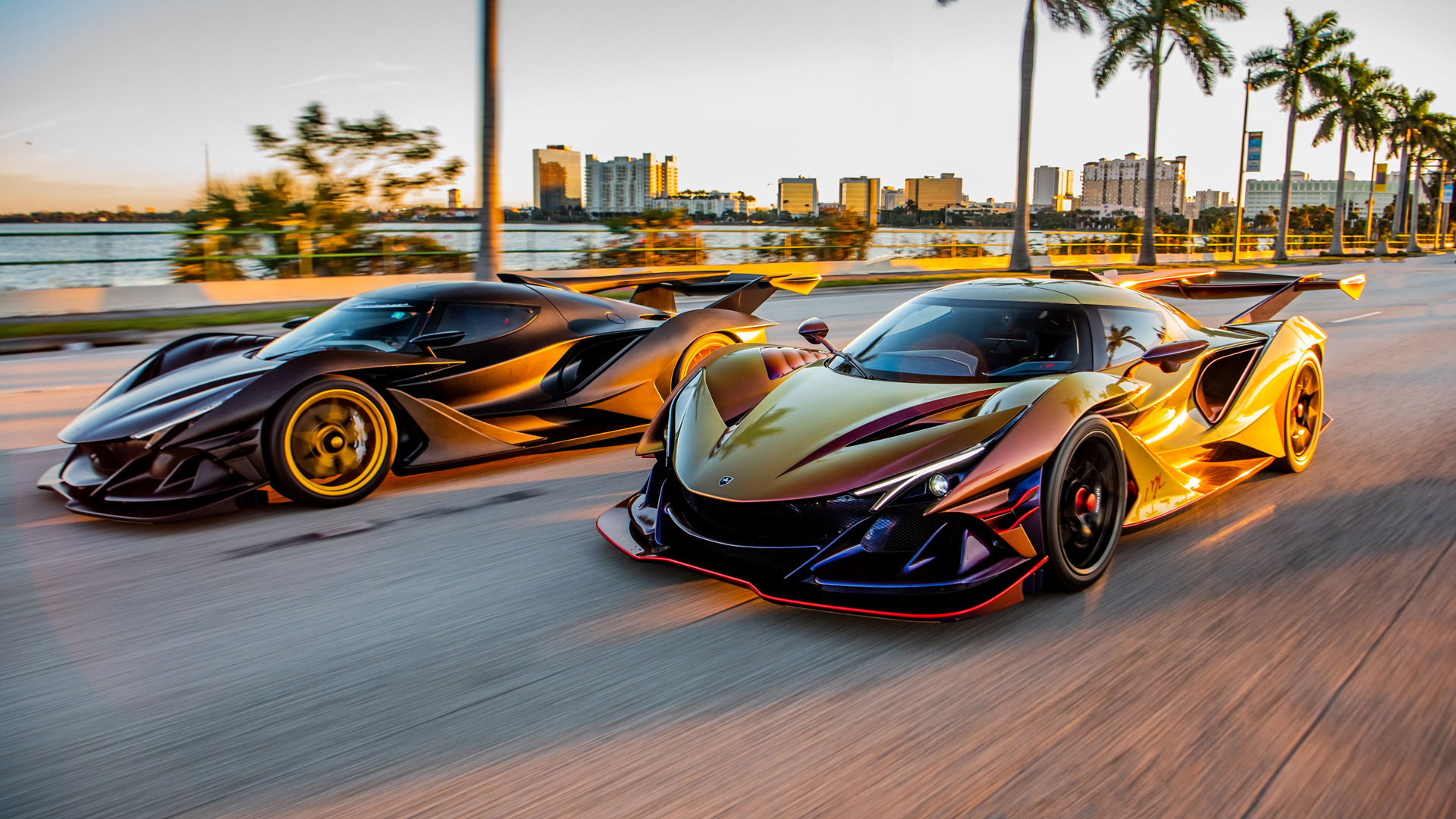 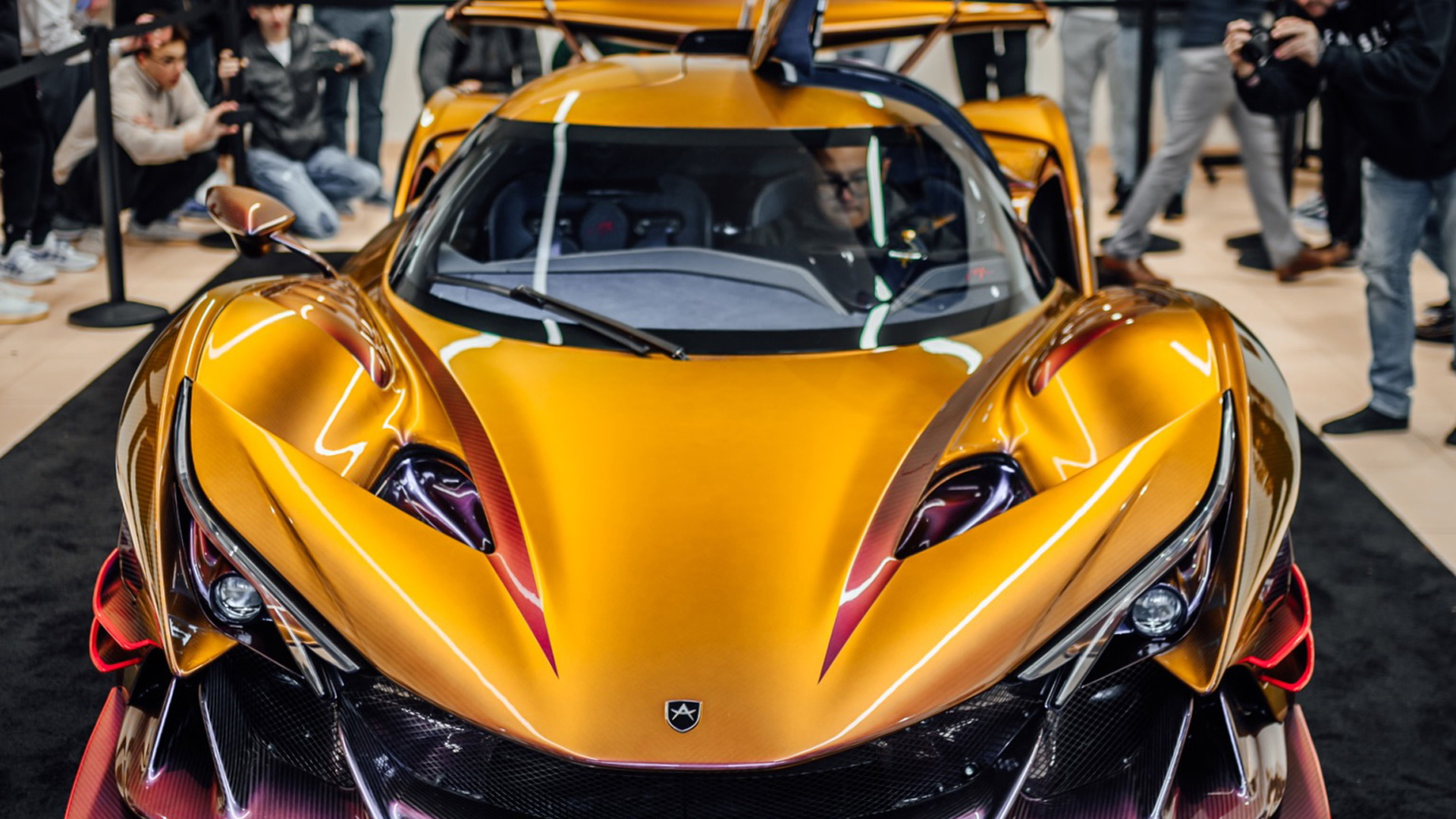 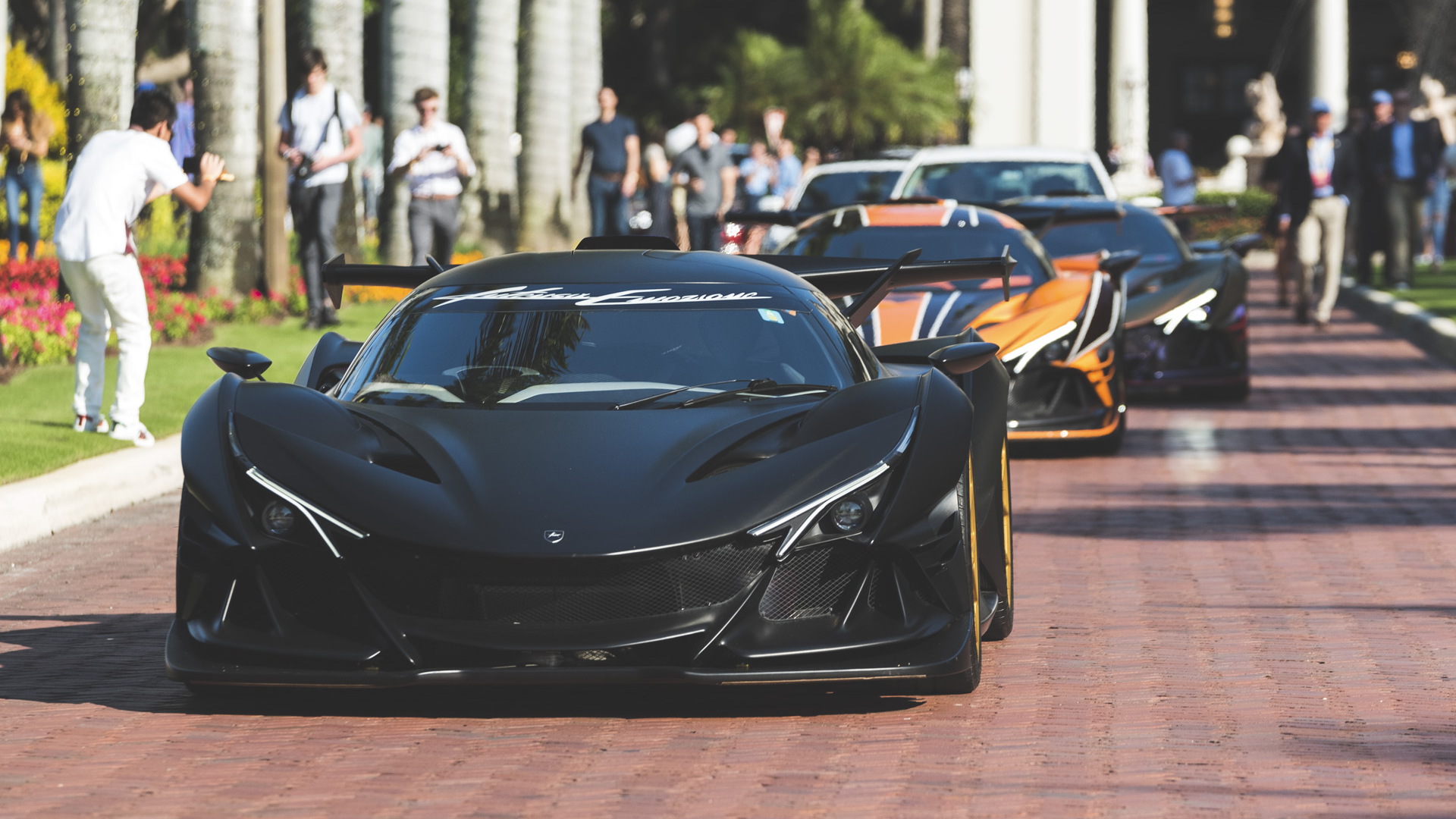 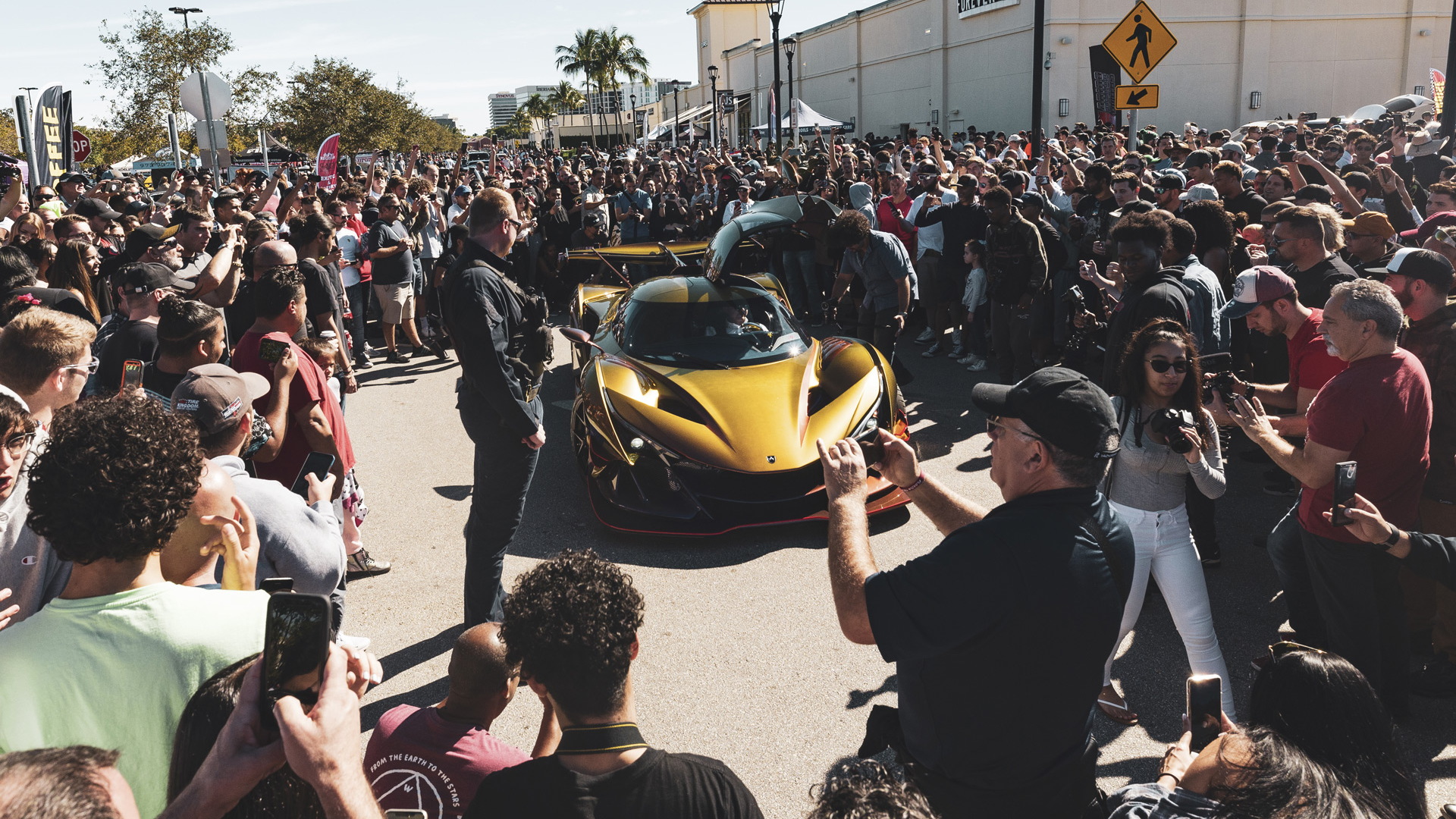 One of the wildest supercars currently in production is the Intensa Emozione from Apollo. It combines carbon fiber construction, a high-revving V-12, and aggressive looks that put the Batmobile to shame.

Sadly, just 10 examples will be built all up, and of these only three will reach North America. Two of the North American-bound cars have been built, though the golden example shown here isn't one of them. This particular car belongs to a customer in Malaysia.

Despite the cars being sold out, Apollo plans to take the IE on a tour of the country so that fans can experience the car up close. One of these was held recently in Greenwich, Connecticut, where these photos were taken.

The goal of the IE's development was a simple one: build a lightweight, aerodynamically efficient car that offers plenty of feedback for the driver and is also unimpeded by any emotionally dilutive technological systems. The result is breathtaking, especially in a world of electrification and autonomous driving systems.

The car is built around a carbon fiber tub that meets and partially exceeds requirements for FIA LMP2-class safety regulations with the inclusion of a carbon mono-cell structure. Then there's the V-12, in this case a 6.3-liter mill generating 780 horsepower and 560 pound-feet of torque. The engine is paired to a 6-speed sequential shifter and will see the IE rocket to 62 mph in 2.7 seconds and top out at 208 mph.

Apollo hasn't announced plans for a successor yet, but the company has its hands full. That's because Apollo is the same company behind the revived De Tomaso which last summer unveiled the stunning P72 supercar.