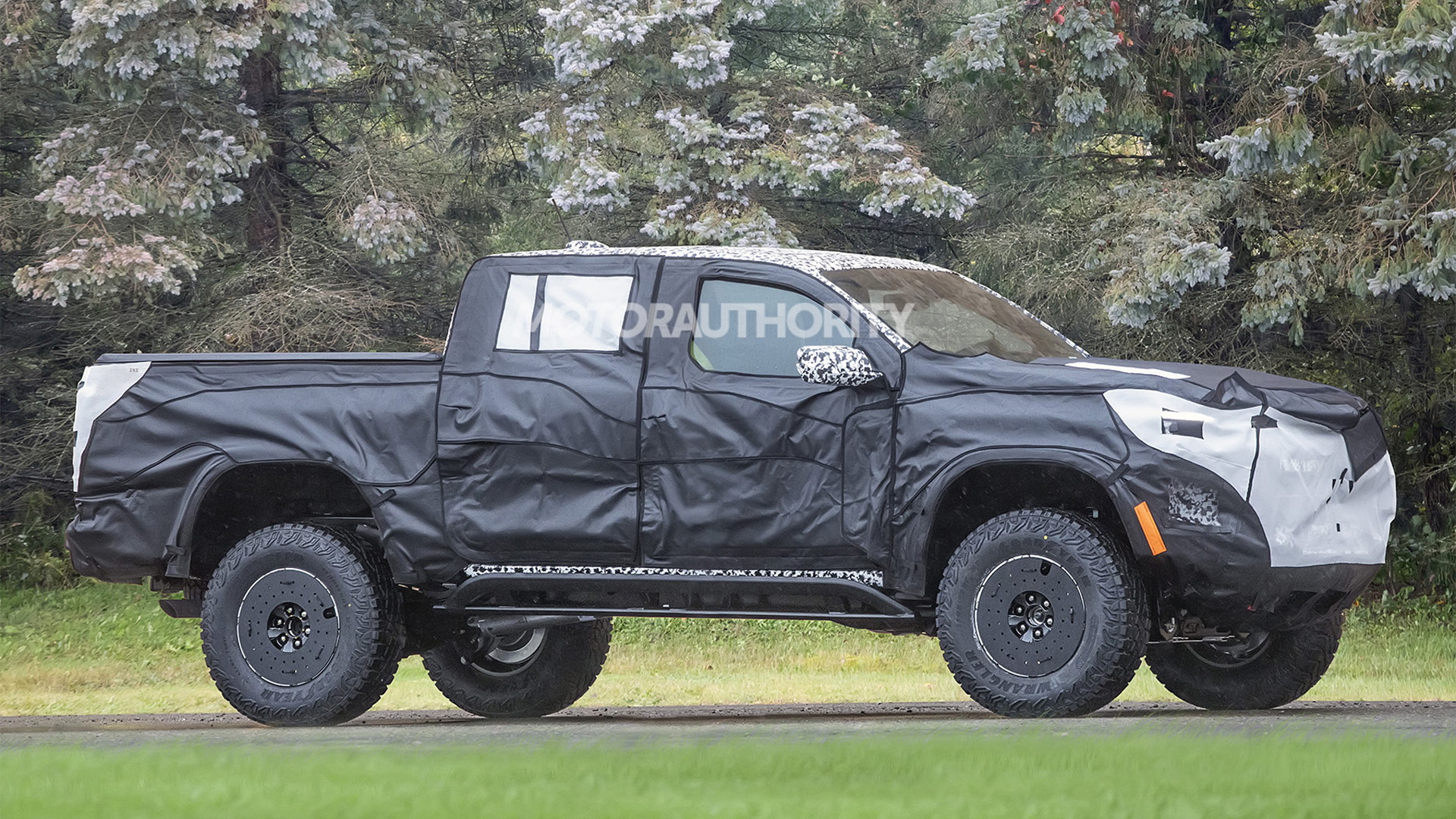 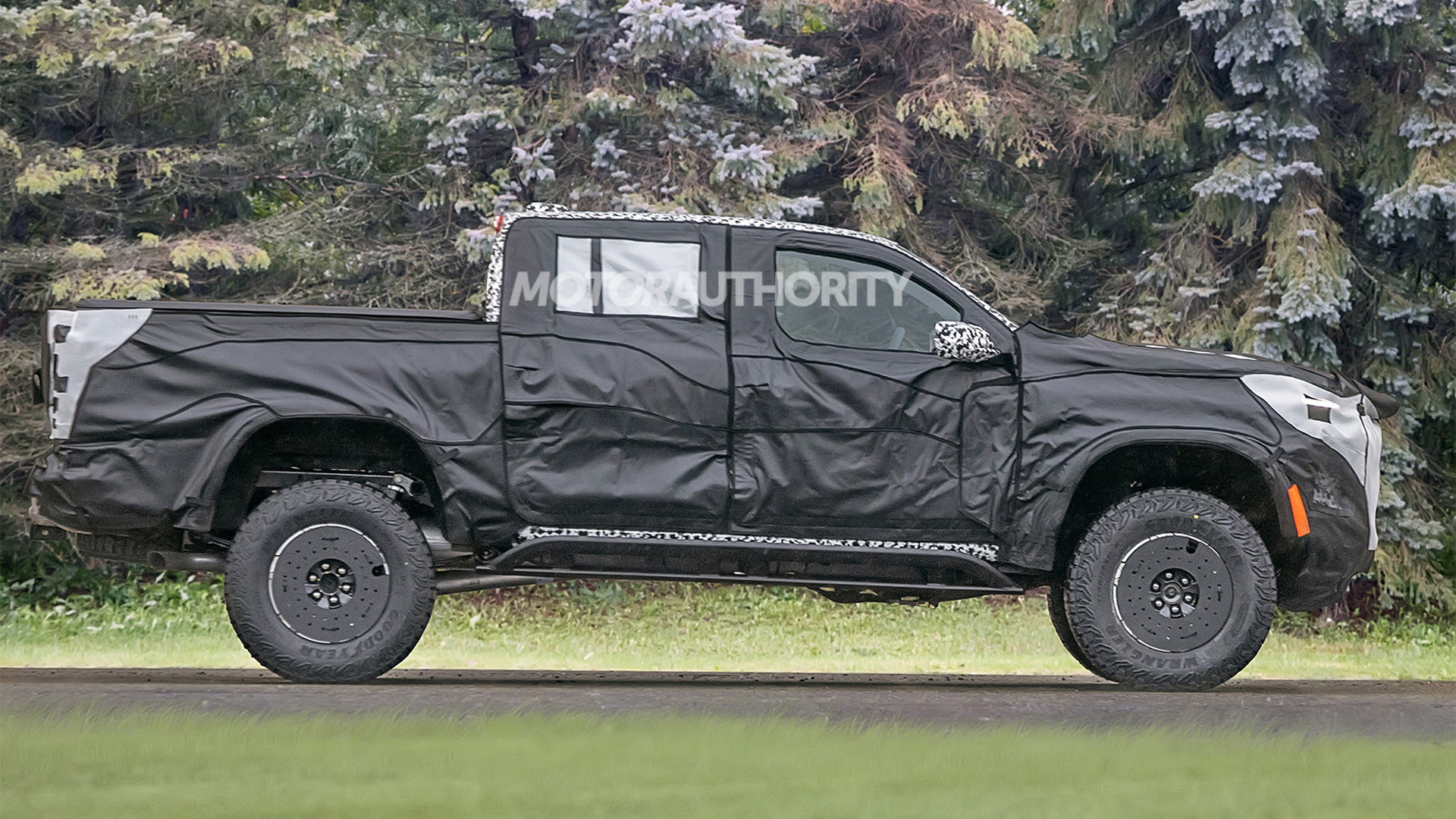 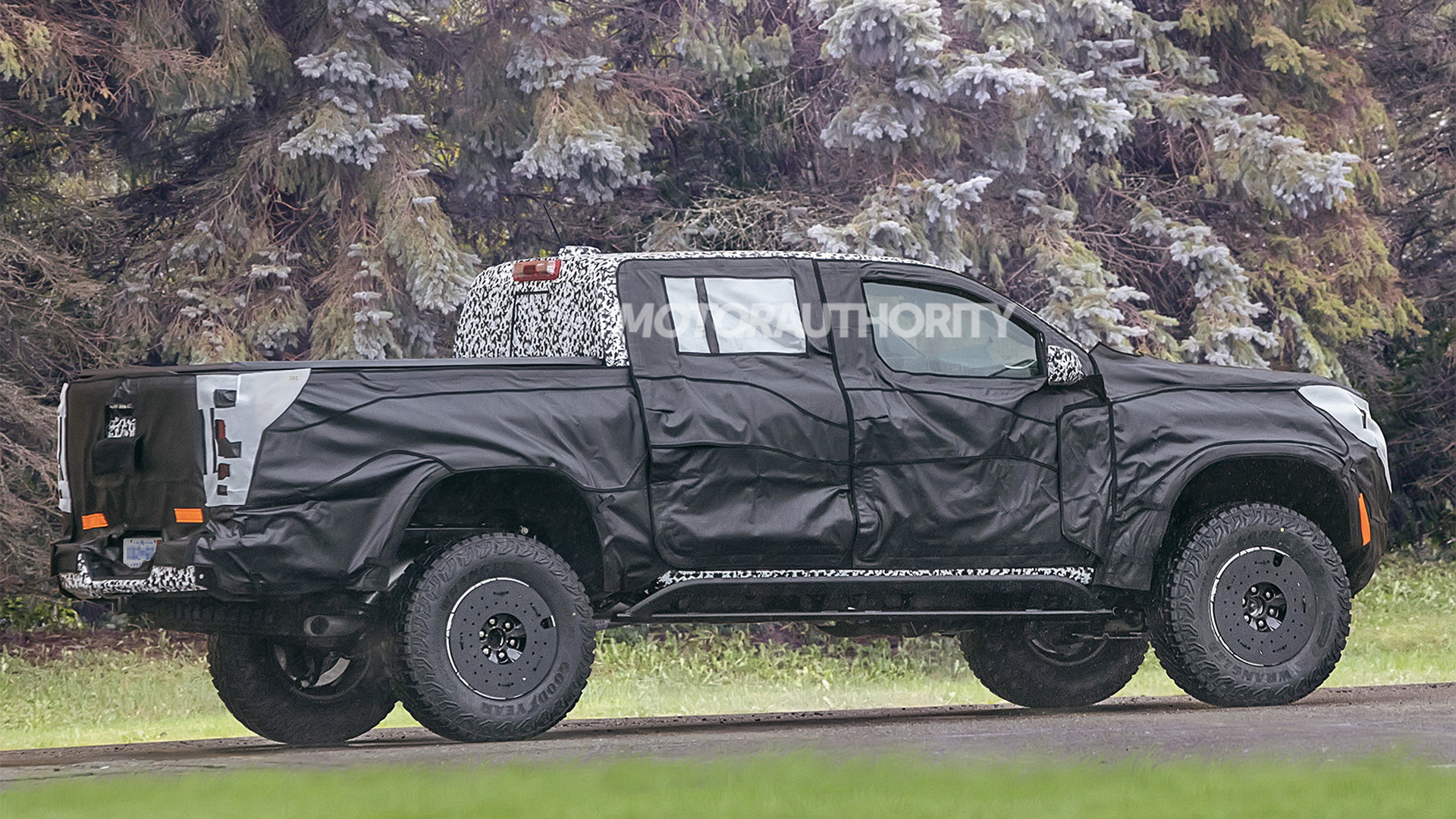 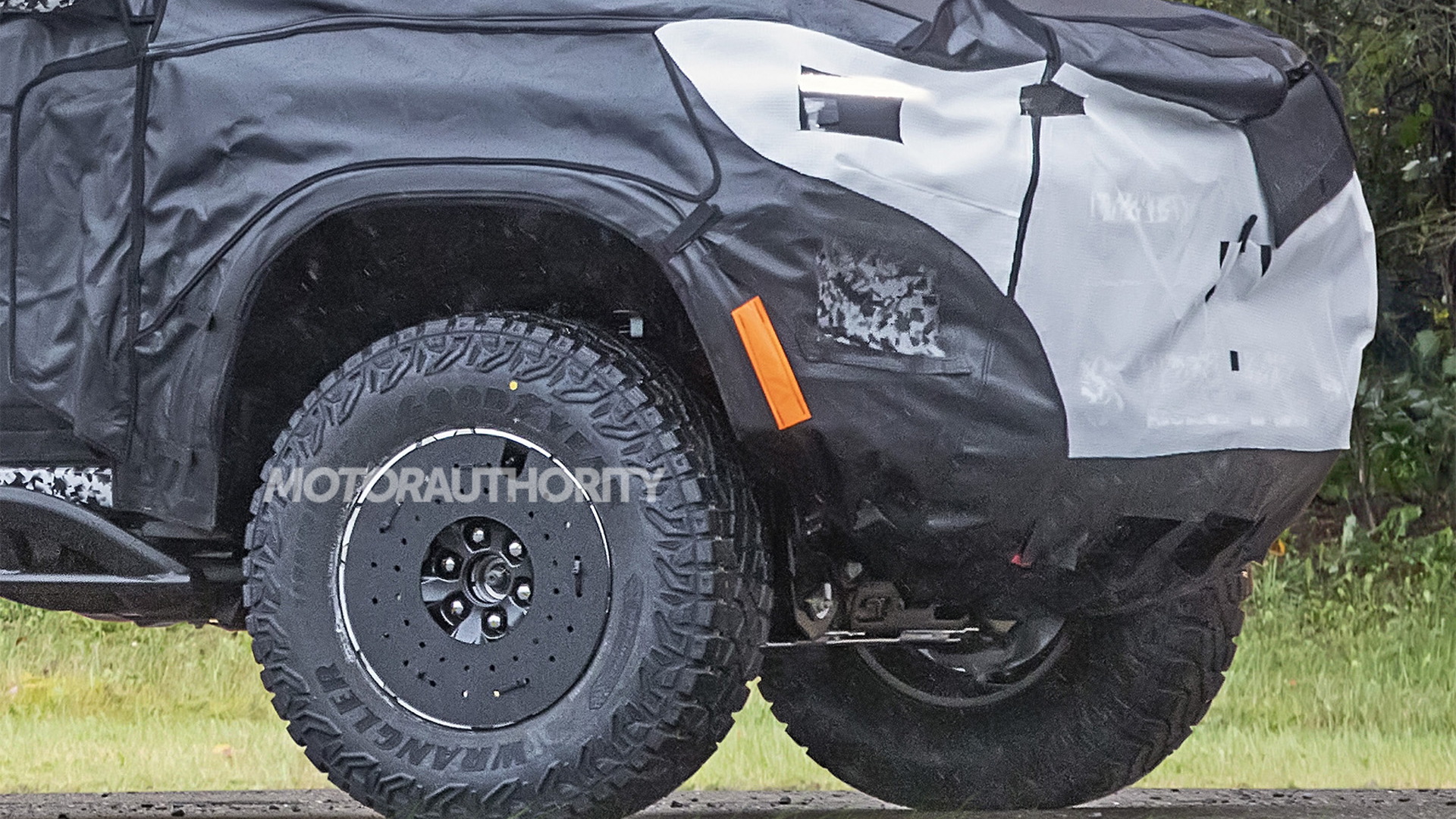 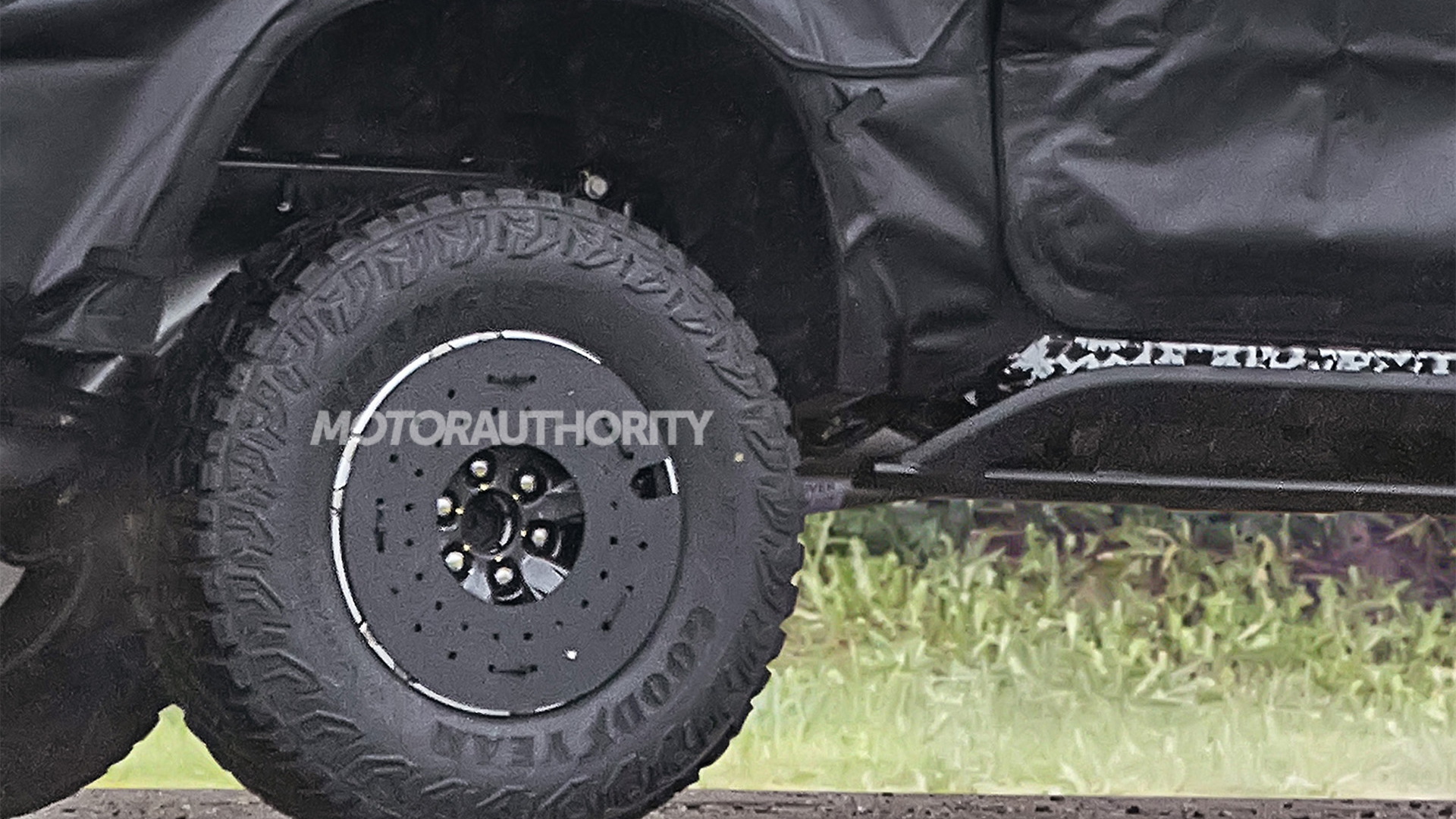 Chevrolet is out testing prototypes for a redesigned Colorado which we currently expect on the market in 2022 as a 2023 model.

Our latest spy shots show a prototype for what appears to be the new Colorado's ZR2 off-road variant.

Clear giveaways that we're looking at an off-road-focused variant include the high ground clearance and Goodyear Wrangler MT tires. It's hard to spot but it appears the prototype is running 33-inch tires versus the 31-inch set on the current Colorado ZR2. It also looks like the tires are a wider 285/70 set versus the current 265/65 set. In both cases the wheels measure 17 inches in diameter.

According to our photographer, the prototype was also running the version of Multimatic's DSSV shocks developed exclusively for the current Colorado ZR2. The setup combines the sport-tuned DSSV shocks with position-sensing damping favored by off-road racers. The result is enhanced ride and handling on or off the road.

A final clue that we're looking at a new Colorado ZR2 out testing is the “ZR2” script written in red on the inside of the mesh camouflage gear around the taillights. The red ink has filtered through the mesh and shows up in reverse.

The redesigned Colorado is thought to be using an updated version of the current model's 31XX platform, though we can see that the dimensions will be slightly larger this time around. The prototype is for a crew cab with a short bed configuration, but single cab and long bed options should also feature in the redesigned Colorado lineup.

General Motors is known to be also out testing prototypes for a redesigned version of the GMC Canyon, the Colorado's corporate twin. Both will have to contest with a redesigned Ford Ranger when they arrive on the scene sometime next year.