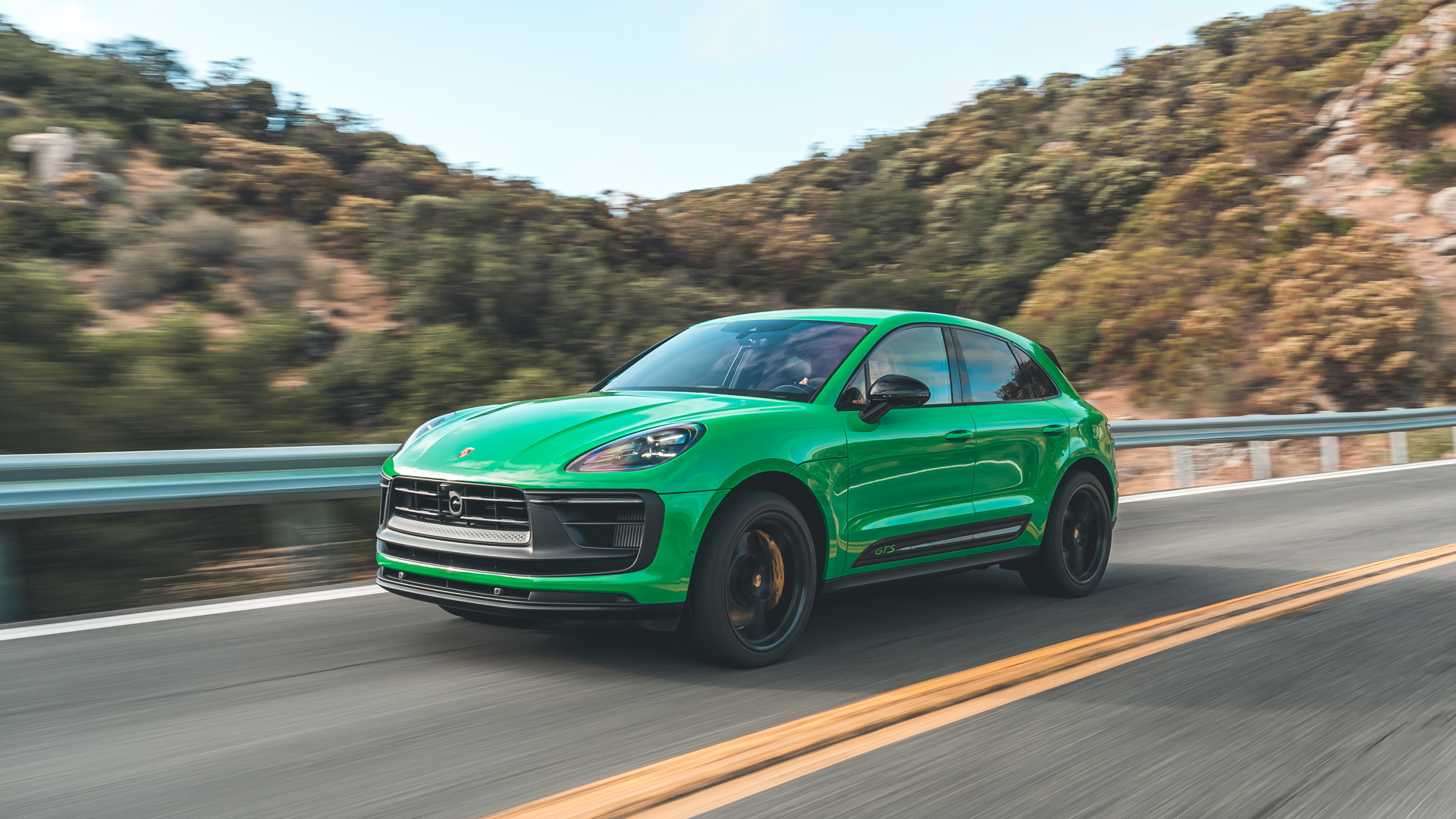 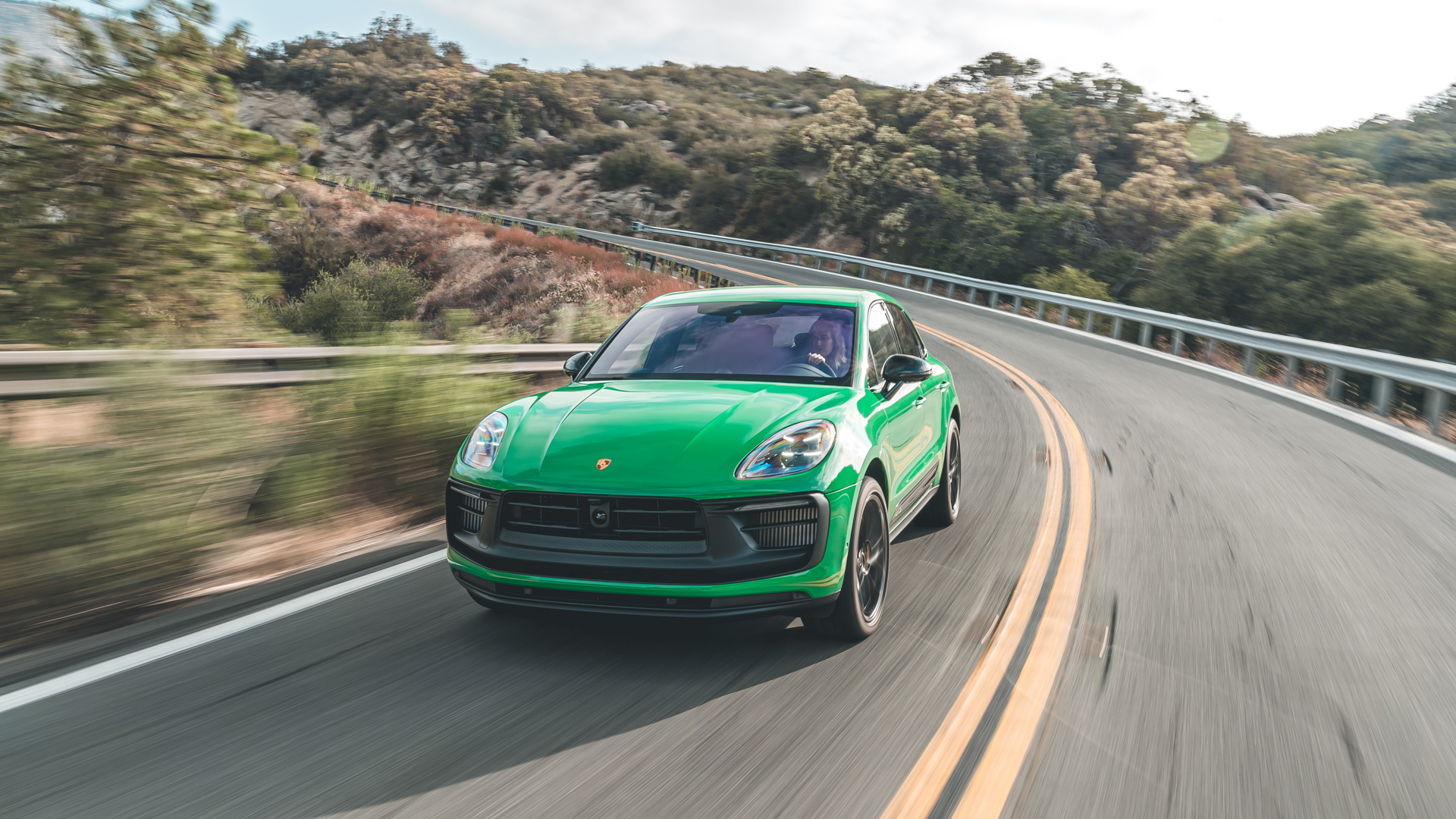 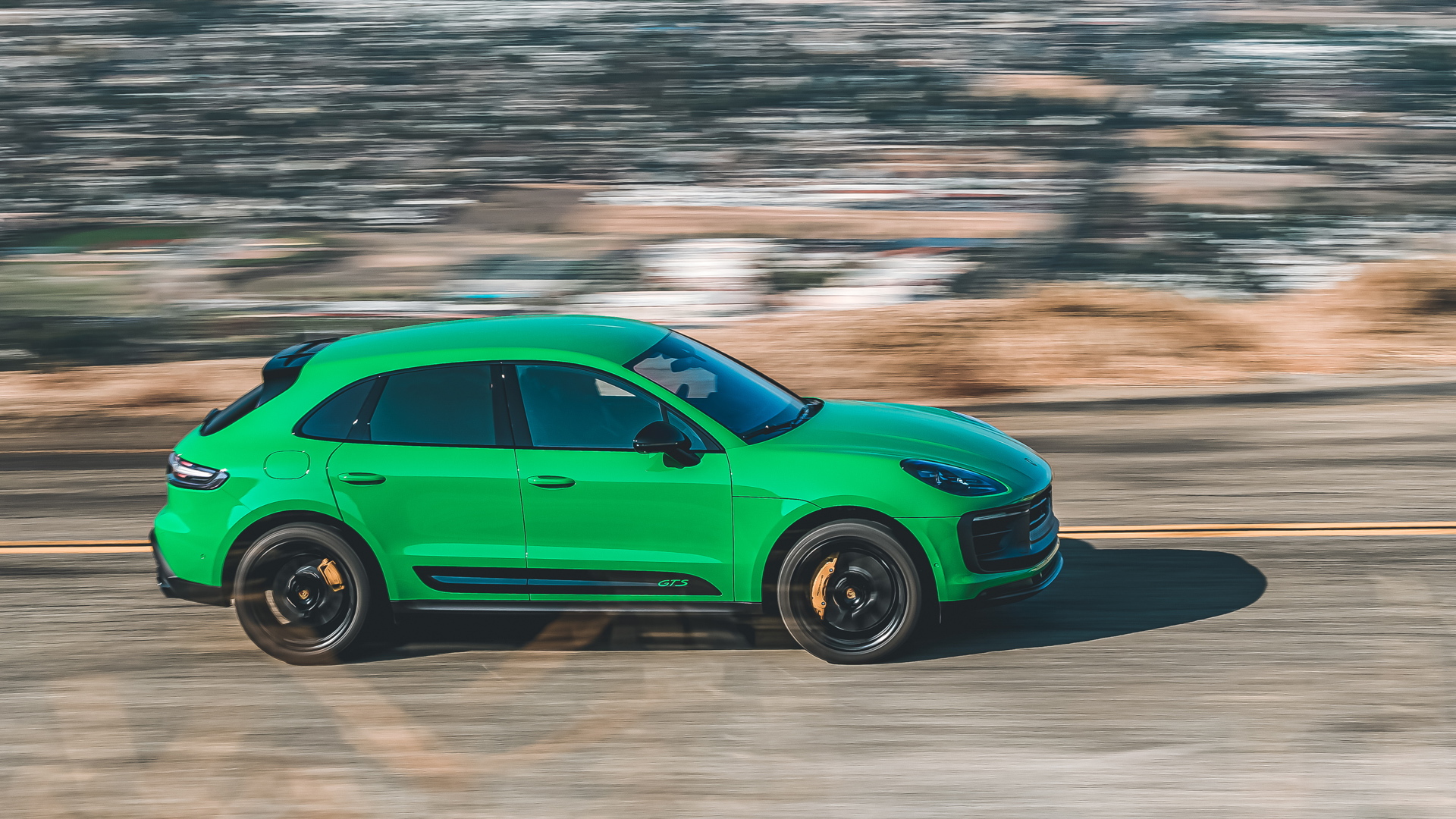 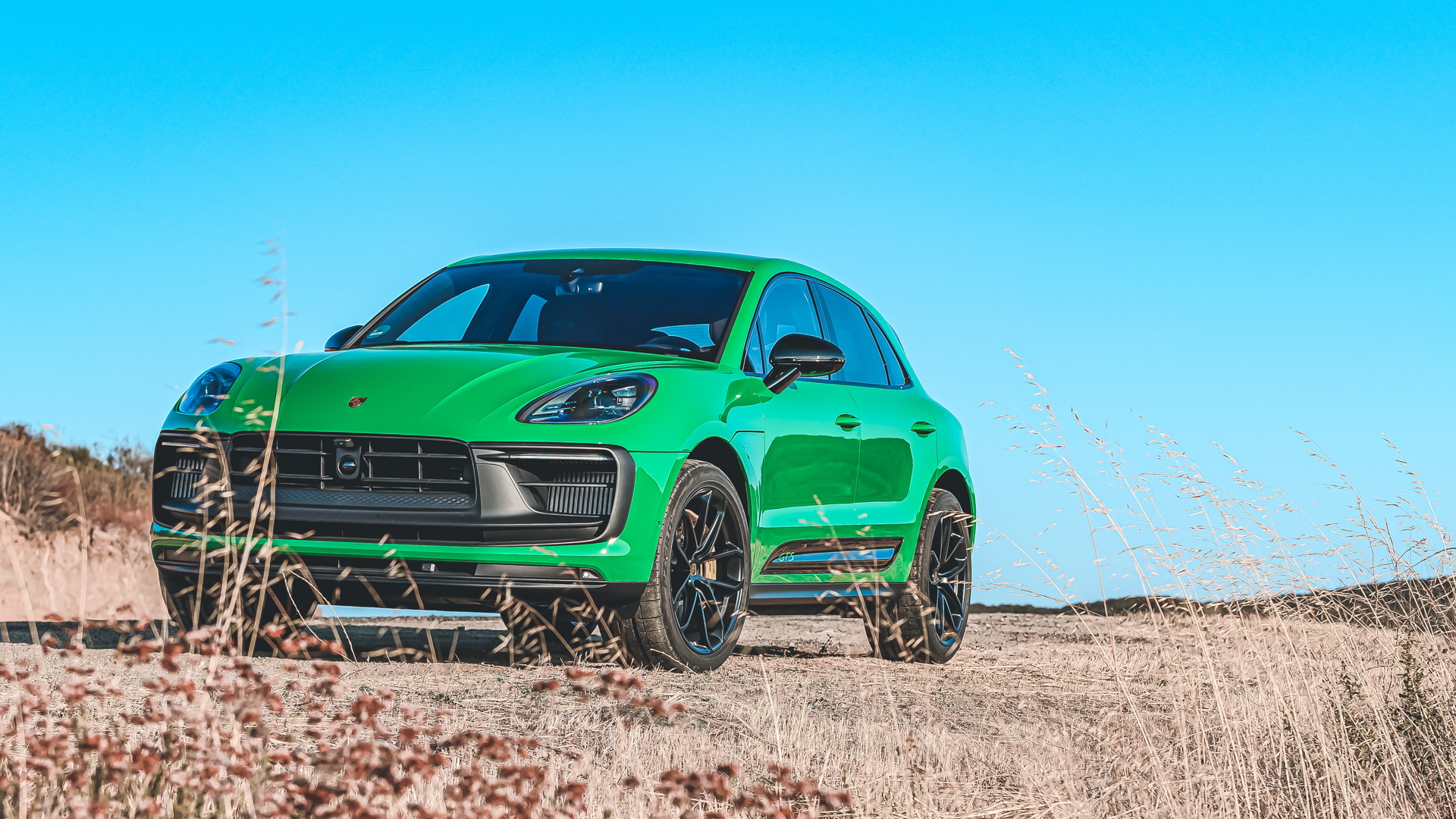 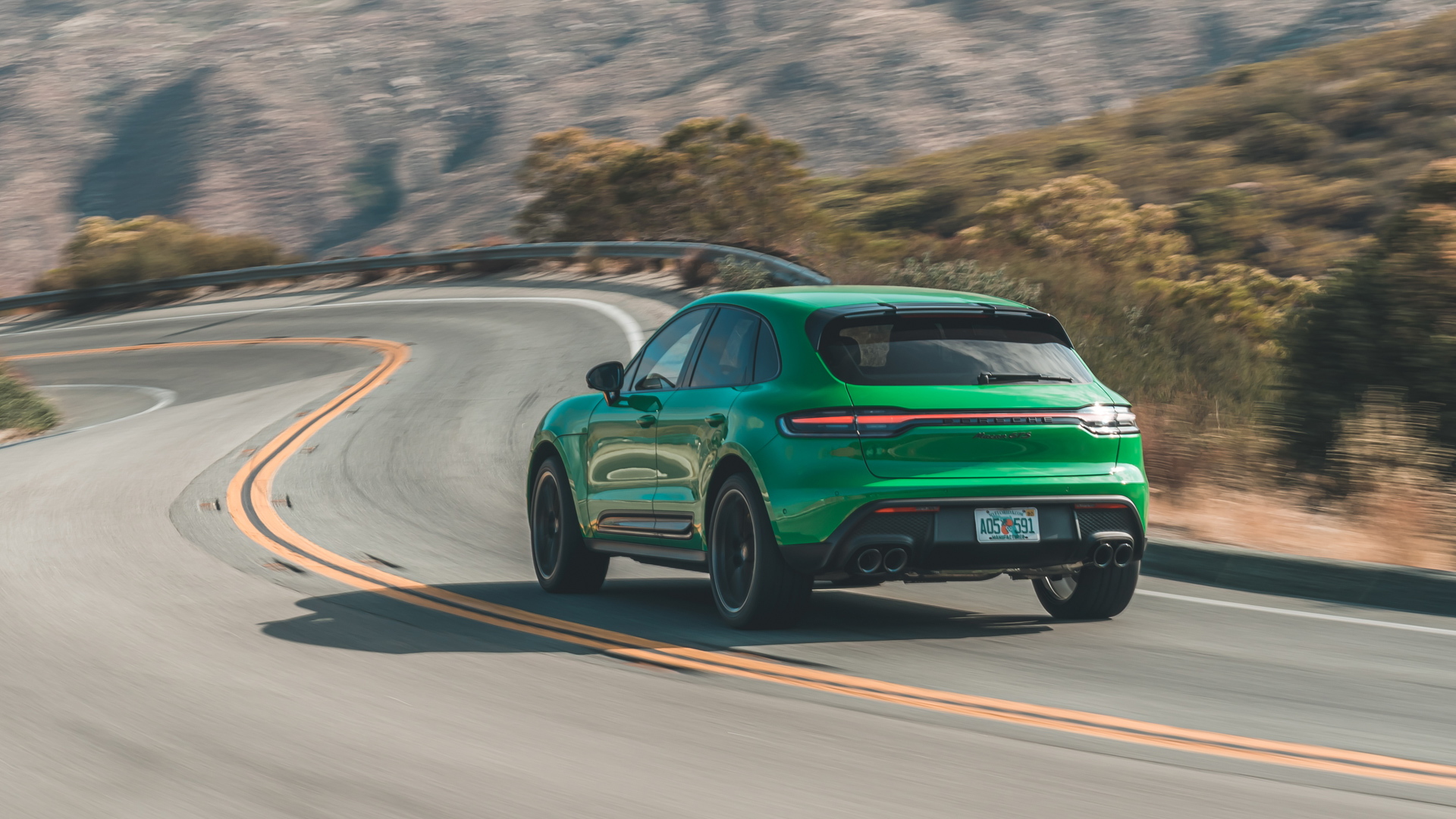 Porsche’s smallest SUV, the Macan, makes its final stand with a 2022 refresh before it switches over to battery-electric power for its next generation. The GTS is now the top performing and most powerful Macan variant, with the Turbo biting the dust for 2022. An all-electric Macan will surely feature greater acceleration, but the GTS made a final claim for its own existence on some of my favorite roads around Los Angeles with superb handling and a burbling twin-turbo V-6 soundtrack that the electric won’t provide.

The Macan Turbo doesn’t leave the GTS empty handed, donating its fantastic engine on the way out the door. While the GTS shares a 2.9-liter twin-turbo V-6 with the Macan S, it makes much more power in this application: 434 hp and 405 lb-ft of torque. That’s a jump of 59 hp and 22 lb-ft over the Macan S, and it gives the GTS some needed separation from its less-expensive counterpart.

Porsche lists a 0-60 mph time of 4.1 seconds for the Macan GTS, but that number felt conservative during my time behind the wheel. At lower rpm, the GTS has a similar feel to the Macan S. There’s a touch of initial turbo lag, and the two have very similar torque and hp curves. At around 3,500 rpm, the GTS opens up with more urgency and its hp advantage begins to kick in. From there on, it’s just a different machine. The standard all-wheel drive system puts its power down seamlessly. You can just mash the accelerator to the floor and hang on without any chirping from the tires or wasted slip.

The GTS doesn’t only offer more power than the Macan S. Its standard adaptive air suspension sits 0.4 inch lower in its lowest setting and it comes with much stickier Pirelli P Zero Corsa performance tires. Both the Macan S and GTS that I tested came equipped with the Porsche Torque Vectoring+ (PTV+) electronic limited-slip differential, but the GTS drives much differently and not only because of the power. The additional grip and lowered ride height make it feel as stable as a high-performance hatchback. Its agility that belies its classification as a utility vehicle. The Macan GTS absolutely refuses to understeer, getting the nose to push requires some serious dereliction of duty from the driver.

When the road straightens, the Macan GTS has impeccable road manners as well. In its dialed-back settings, the suspension becomes pliant and the Macan GTS glides quietly on the highway. The GTS wears its dual nature with ease. A simple turn of the drive mode dial on the steering wheel (part of the Sport Chrono package) changes the vehicle’s posture and preps it for any kind of road you may come across.

My test vehicle was a European spec model with carbon-ceramic brakes that won’t be offered here. U.S. models will feature standard surface-coated brakes instead. Unless you’re on a track in the Macan GTS, I don’t foresee a large difference in braking power/performance between the two.

The price is steep for the  Macan GTS’s impressive driveability. It starts at $81,250 (including destination), a $14,500 markup over the Macan S. Interestingly, the sticker price on my GTS test vehicle ($104,410) was only $510 more than that of the Macan S I tested earlier in the week ($103,600). If pure performance is the goal, the price tag can get knocked down by skipping many of the cosmetic options.

I would start by foregoing the GTS Sport package ($12,100) that my test vehicle featured. While it’s the only way to get the new eye-catching Python green paint with matching interior stitching and accents, it adds a a slew of interior and cosmetic features that don’t push the performance needle. They include 21-inch GT wheels, adaptive 18-way powered sport seats, a heated steering wheel wrapped in synthetic suede, carbon-fiber trim pieces, and exterior trim pieces finished in gloss black. It also adds PTV+ and Sport Chrono, two features that probably should be standard on a GTS model, but must be added here. Thankfully, both are offered as standalone options.

The 2022 refresh for the Macan didn’t fix any of the small SUV’s larger issues. It’s still too small inside for families, the price shoots up too quickly, and the multimedia system is still a generation behind what’s showing up in the latest Porsche models. But the 2022 Macan GTS scoffs at such practical considerations, wagering that you’ll have such a good time behind the wheel that those thoughts will fade. And it’s fun enough that it might be right.

Porsche provided time behind the wheel for Motor Authority to bring you this firsthand report.