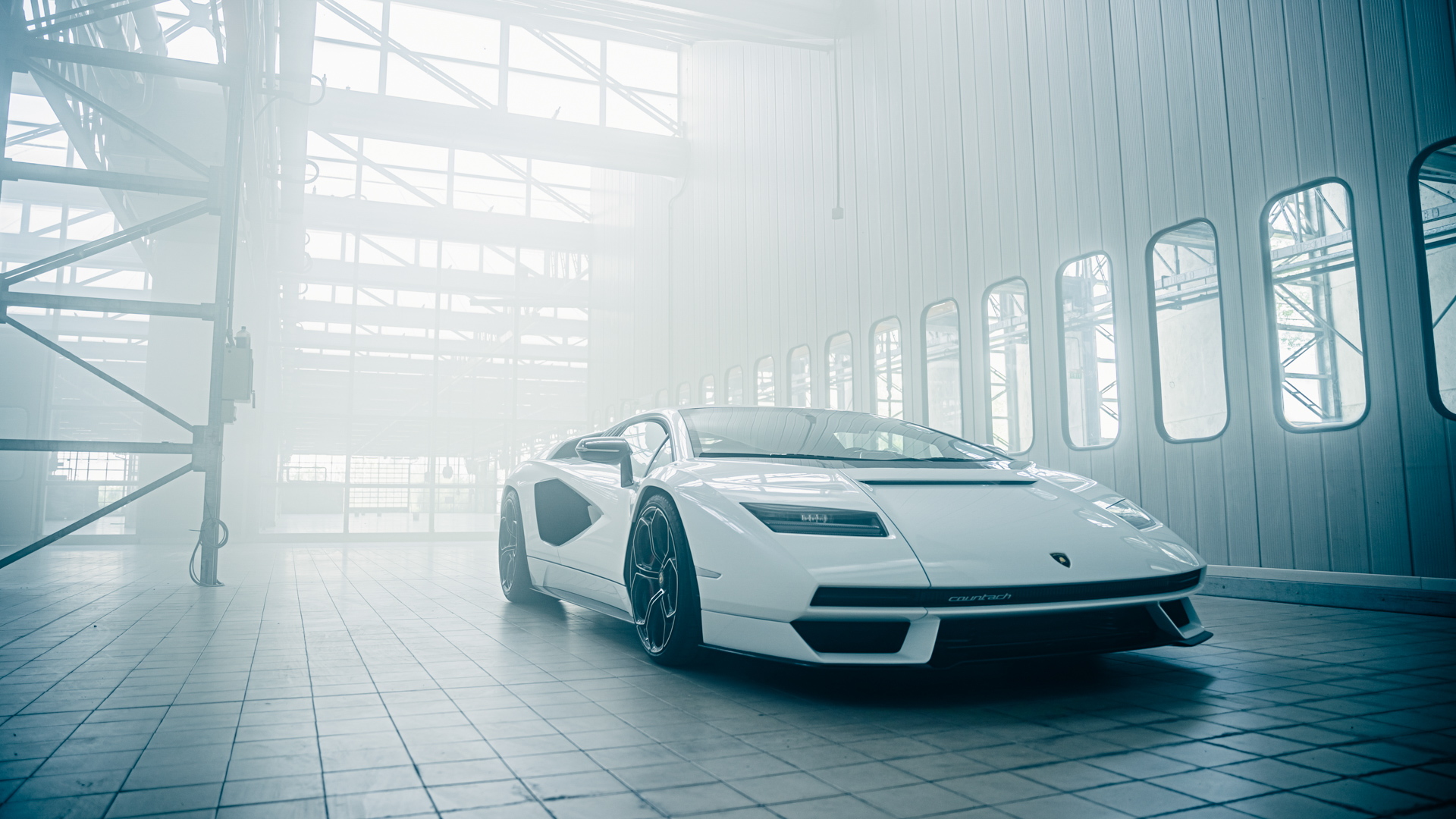 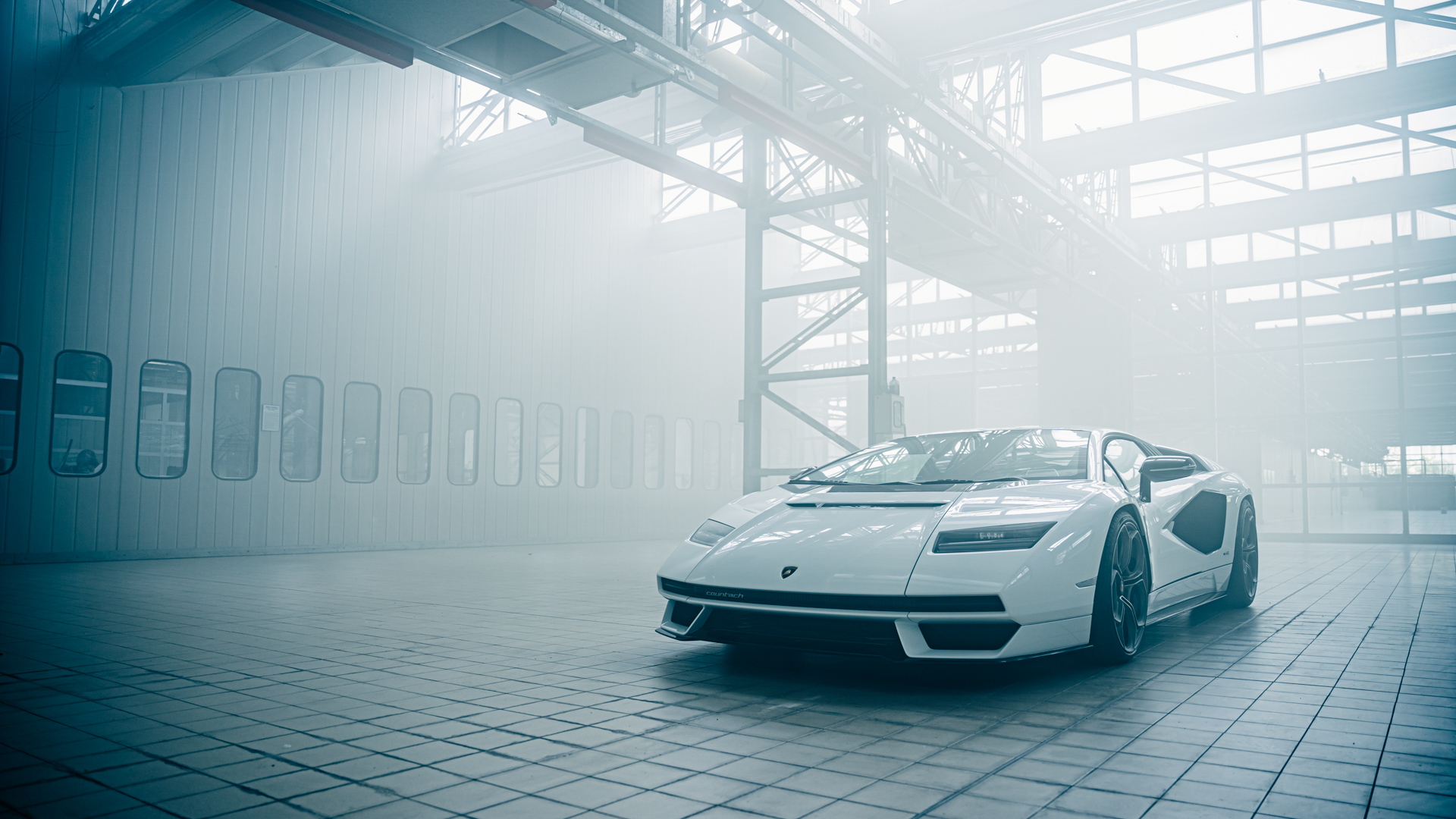 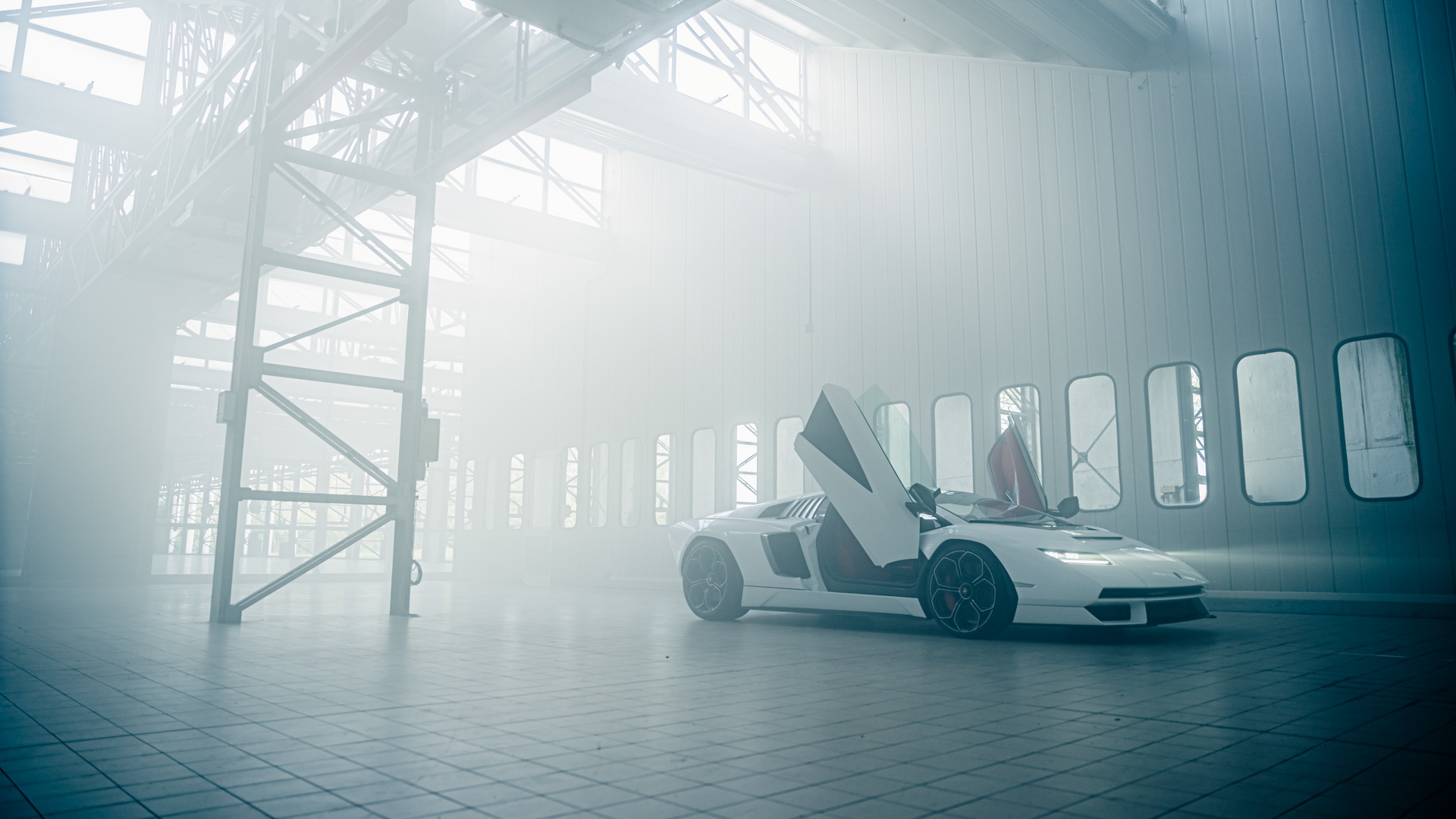 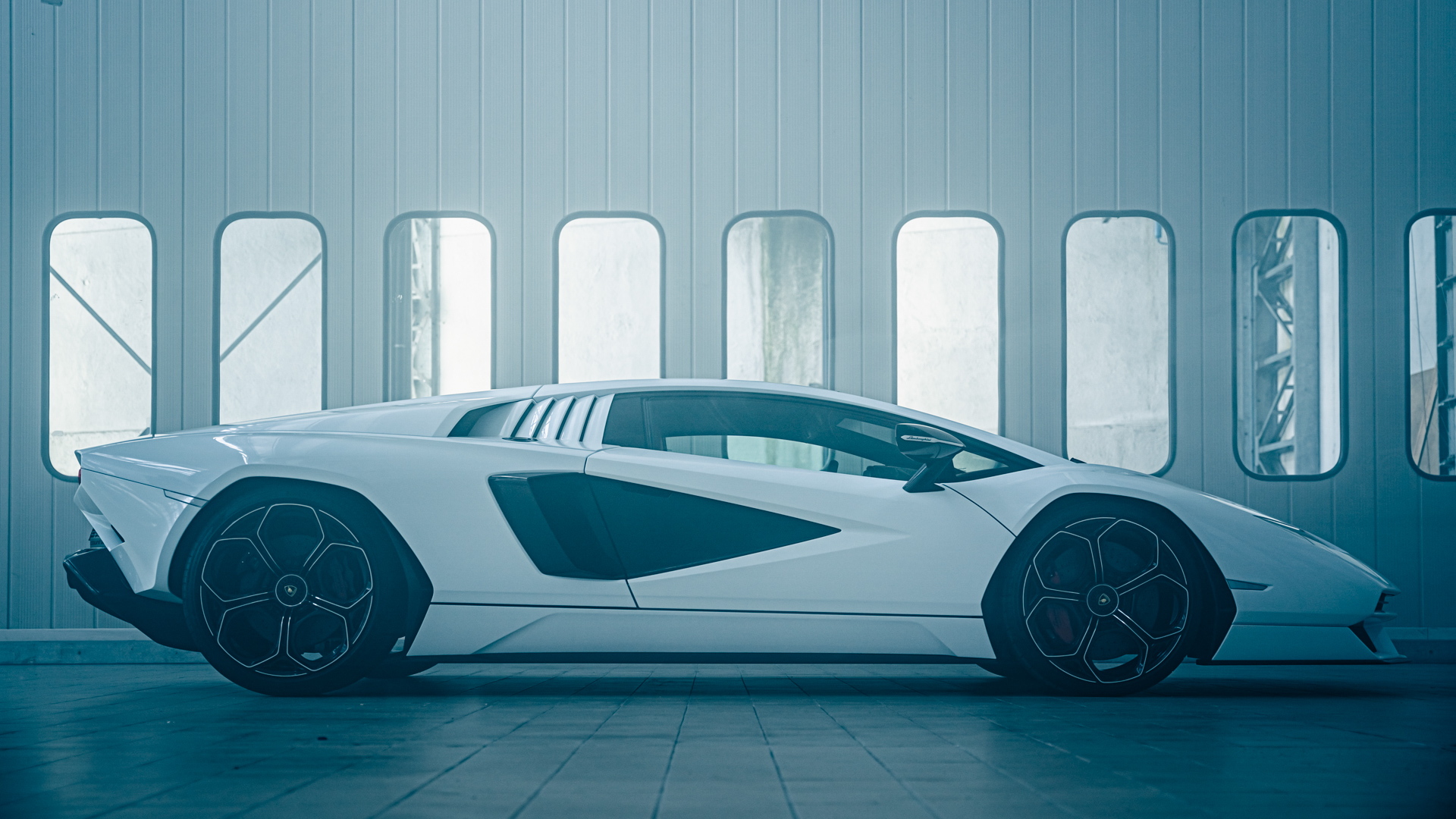 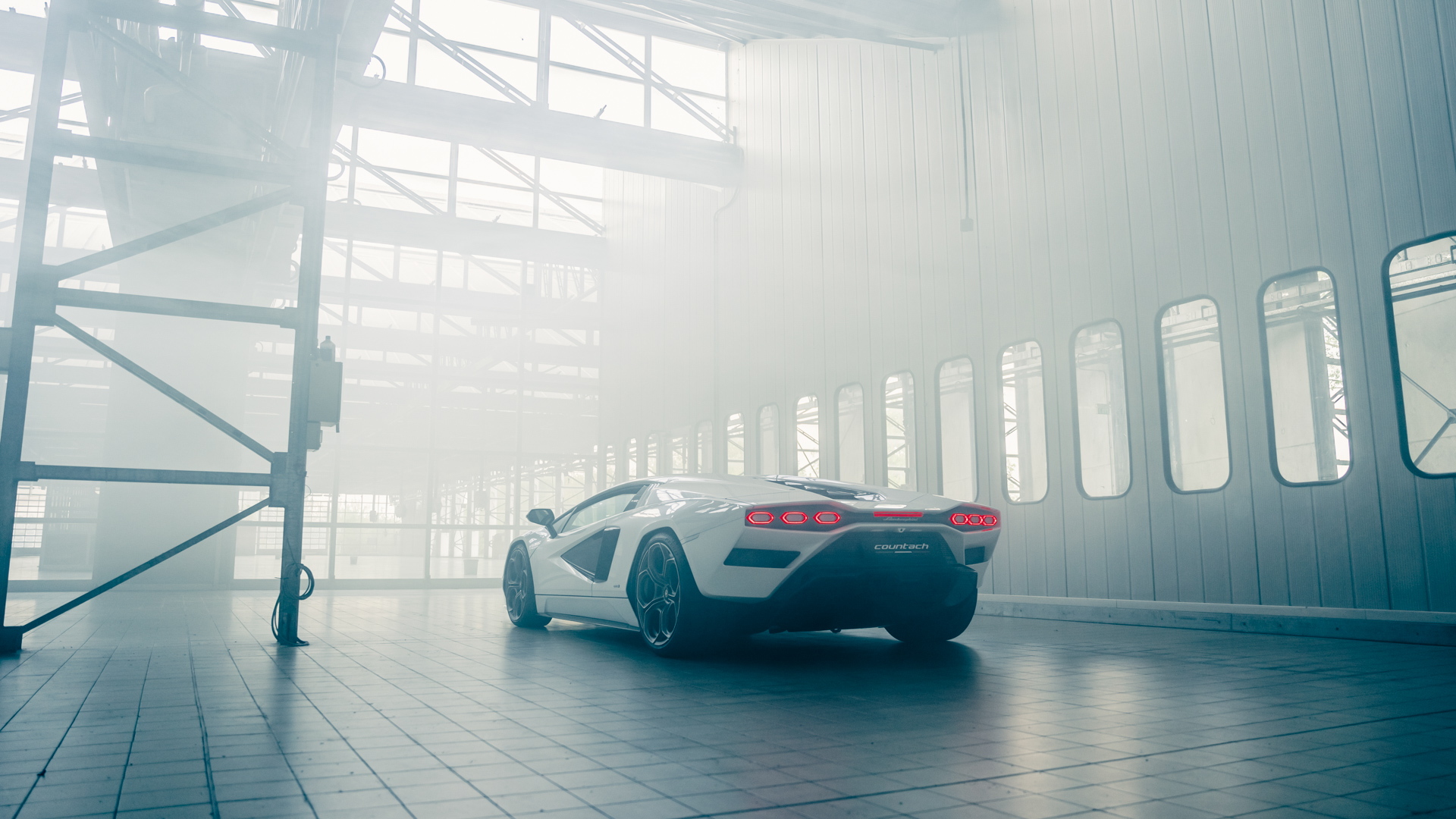 The Lamborghini Countach is both an automotive and cultural icon that laid the groundwork for multiple supercars that have come after it, and Lamborghini is celebrating this year's 50th anniversary of the Countach's debut with a modern interpretation.

The modern interpretation is known as the Countach LPI 800-4, and it made its debut on Friday at The Quail, A Motorsports Gathering, one of the premier events of 2021 Monterey Car Week currently underway in California.

The modern Countach is based on the bones of the Aventador and features a hybrid powertrain similar to the one in the Sian supercar of 2019. Peak output here is 803 hp, which is a tad lower than the 807 hp of the Sian.

In both cases there's a small electric motor integrated with the transmission, added to provide a boost to Lamborghini's familiar 6.5-liter V-12 which on its own develops 770 hp in this application. The electric motor only aids the engine at speeds up to 81 mph, though it also recovers energy under braking, which it stores in a supercapacitor instead of a typical battery. Drive goes to all four wheels.

This isn't the technology Lamborghini plans for its Aventador replacement due in 2023. That car will feature a battery and a newly developed V-12 in plug-in hybrid configuration.

Even without a big battery, the modern Countach isn't exactly light for a two-seater that boasts carbon-fiber construction for its central tub and body. The dry weight is 3,516 pounds, with the percentage split 43-57 front-to-rear. Thankfully performance is still brisk, with Lamborghini quoting a 0-62 mph time of 2.8 seconds, 0-124 mph time of 8.6 seconds, and top speed of 221 mph.

According to Lamborghini, the modern Countach is meant to represent the continual evolution of the original right up to the modern day. All the key elements are there, though some aspects like the flared wheel arches and huge wing on some Countach models have been skipped. Instead, the aesthetic is similar to the original Countach prototype (shown above) that was first presented at the 1971 Geneva International Motor Show.

Lamborghini plans to build 112 examples of the car, the number referencing the LP 112 model designation used during development of the original Countach. Deliveries are scheduled to start in early 2022.

The Countach was the successor to the Lamborghini Miura, and while designs of both cars are credited to Marcello Gandini, the Countach took on a very different form. Its wedge shape set the tone for 1970s supercar design, and its scissor doors remain a trademark of Lamborghini's V-12 models to this day.

The Countach remained in production until 1990, with close to 2,000 examples built, before being replaced by the Diablo. Lamborghini celebrated the long production run with a special 25th anniversary edition, which was worked on by a certain Mr. Horacio Pagani.

Early examples had a 4.0-liter V-12 engine, but displacement was increased in later models, which also got fender flares, big rear wings, and other add-ons. In all cases, the engine was mounted longitudinally, and coupled to a 5-speed manual transmission.

The Countach was never considered an easy car to drive. Veteran Lamborghini test driver Valentino Balboni said the positioning of the engine was a bit too high, making the car prone to sudden oversteer. That, coupled with a lack of outward visibility, made the Countach one of the ultimate style-over-substance cars.

In case you were wondering, the Countach isn't named after a Spanish fighting bull, like most other Lamborghini models. Pronounced "Coon-tach," the name is actually a take on a Piedmontese word, which has multiple meanings.