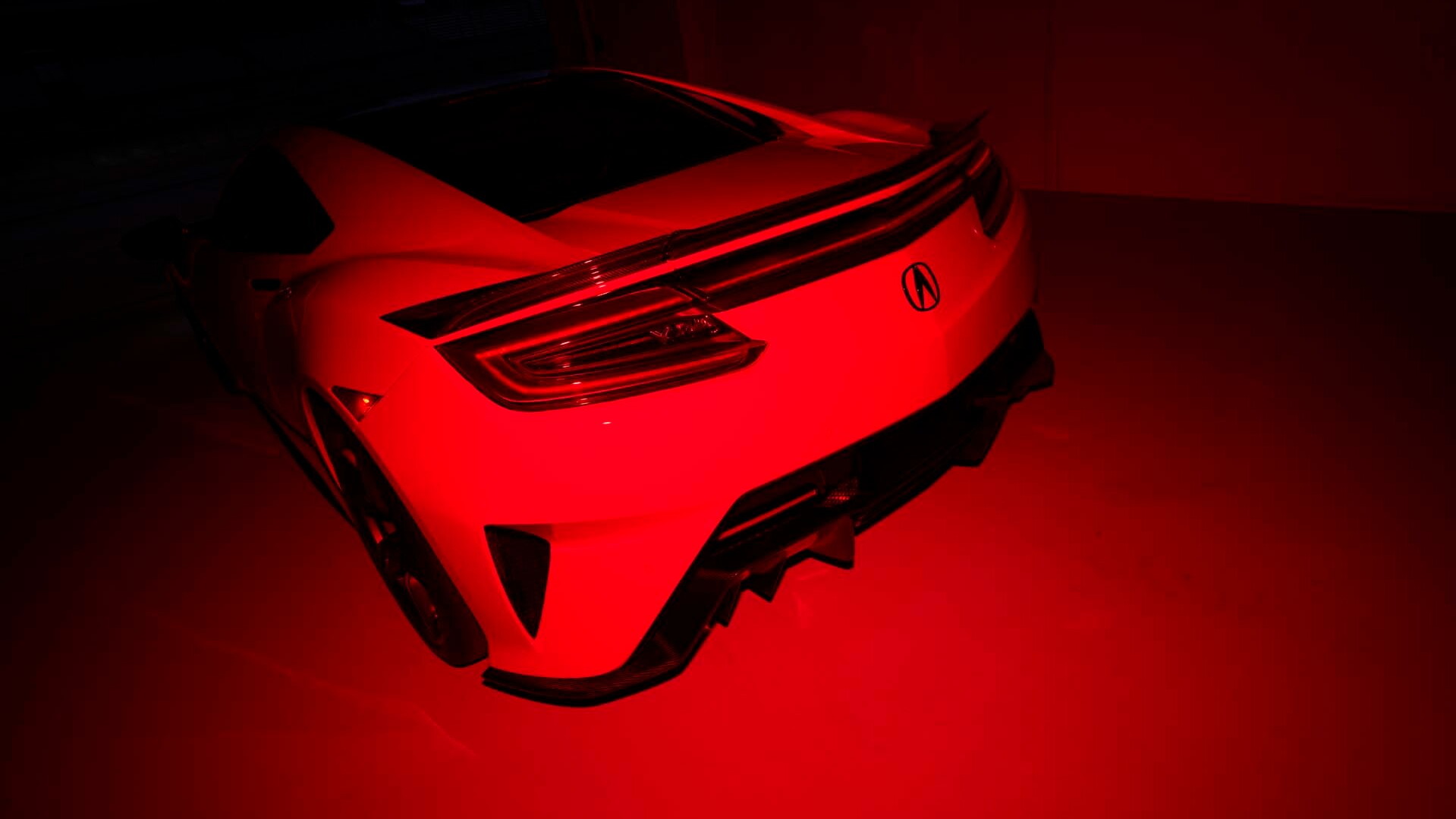 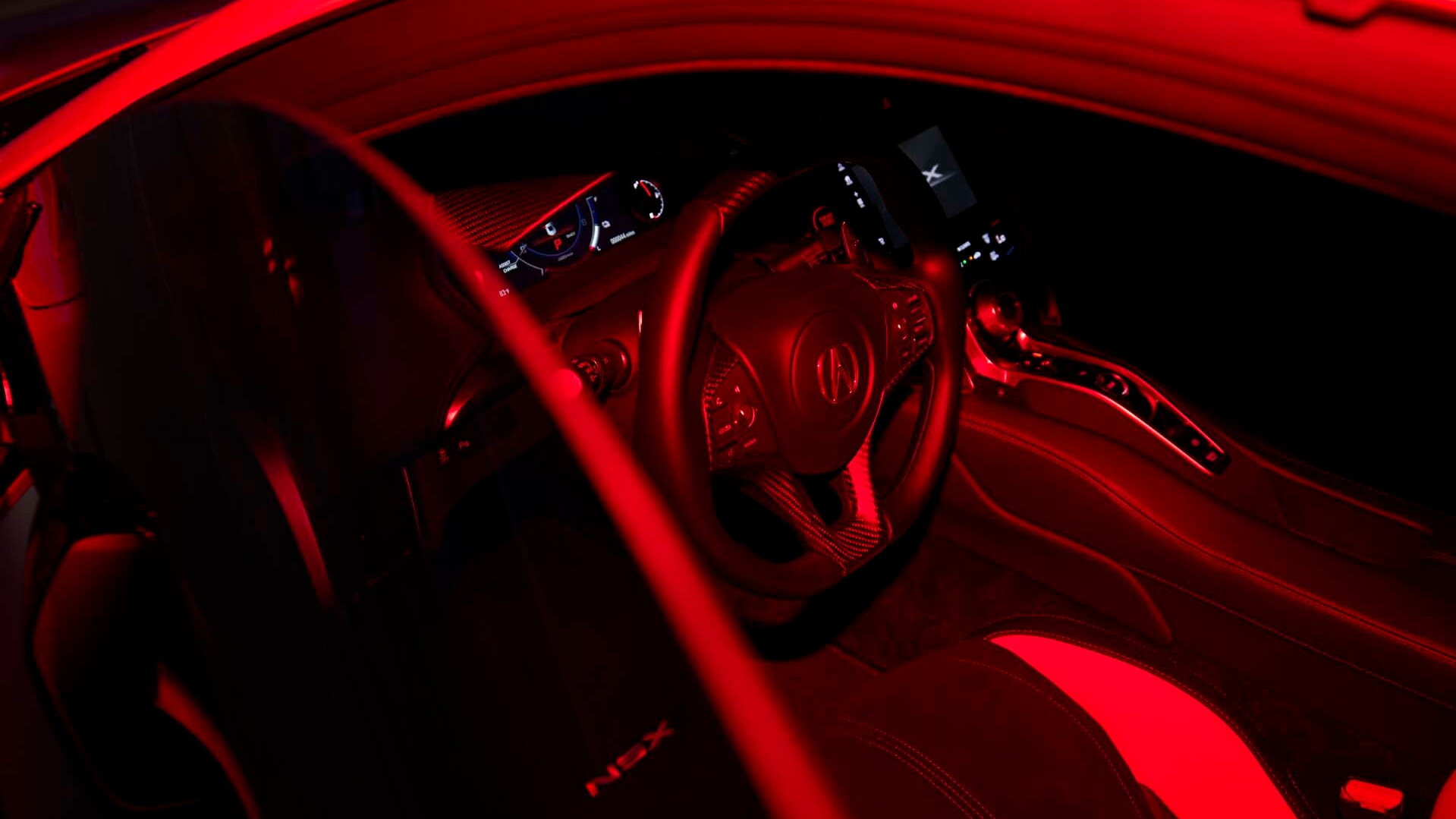 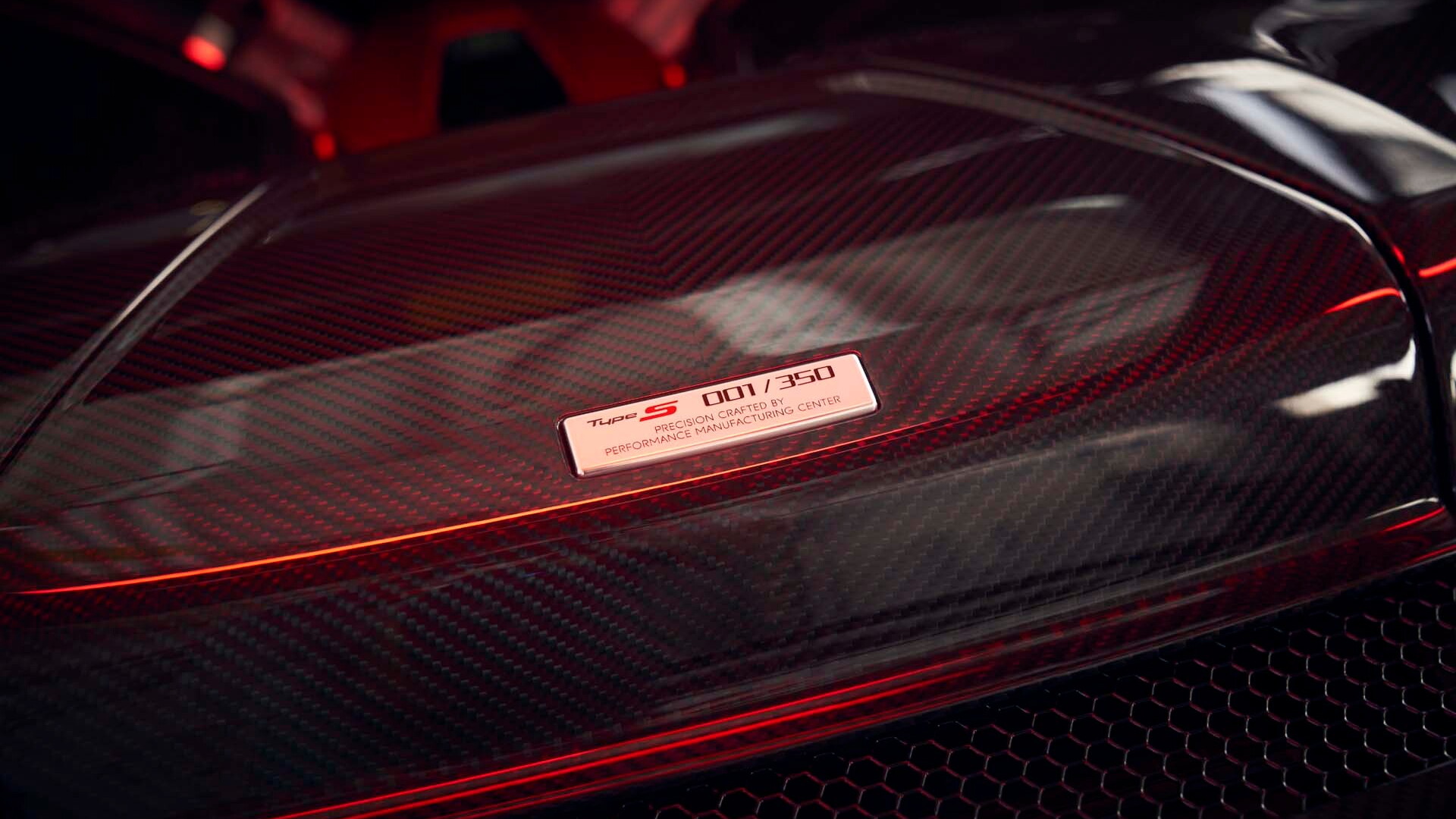 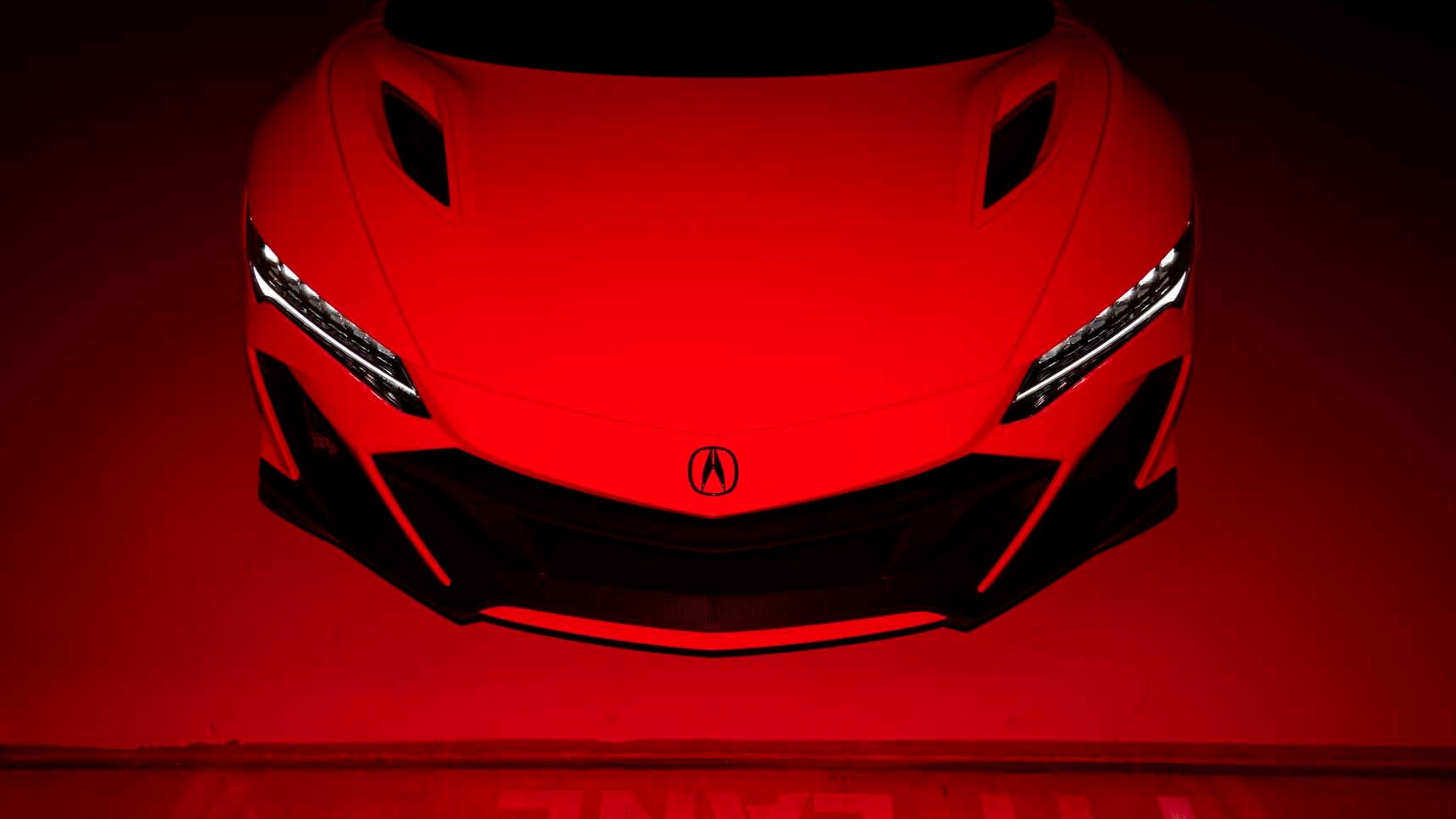 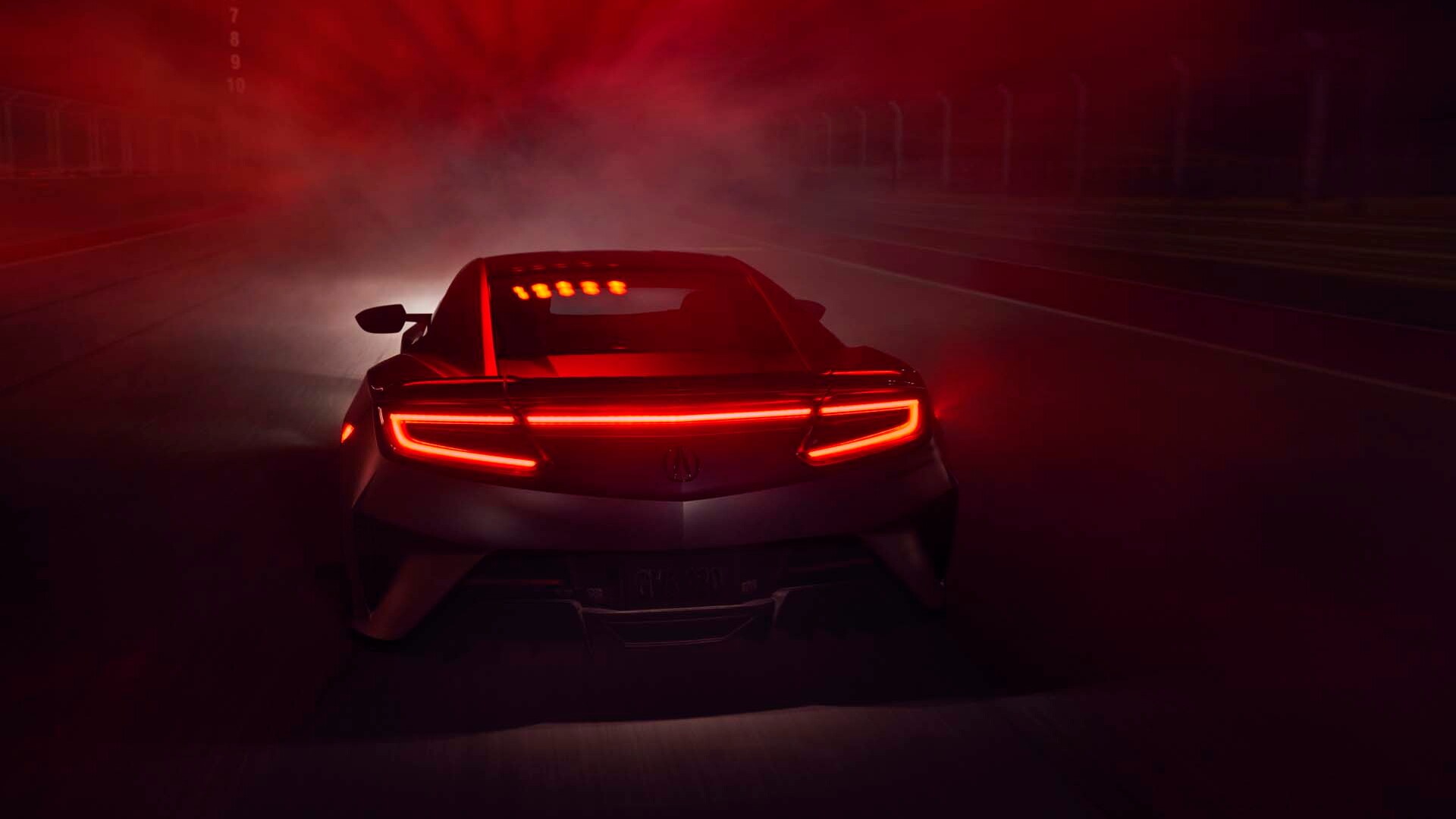 The Acura NSX is about to die, again, but it's going out with a bang. 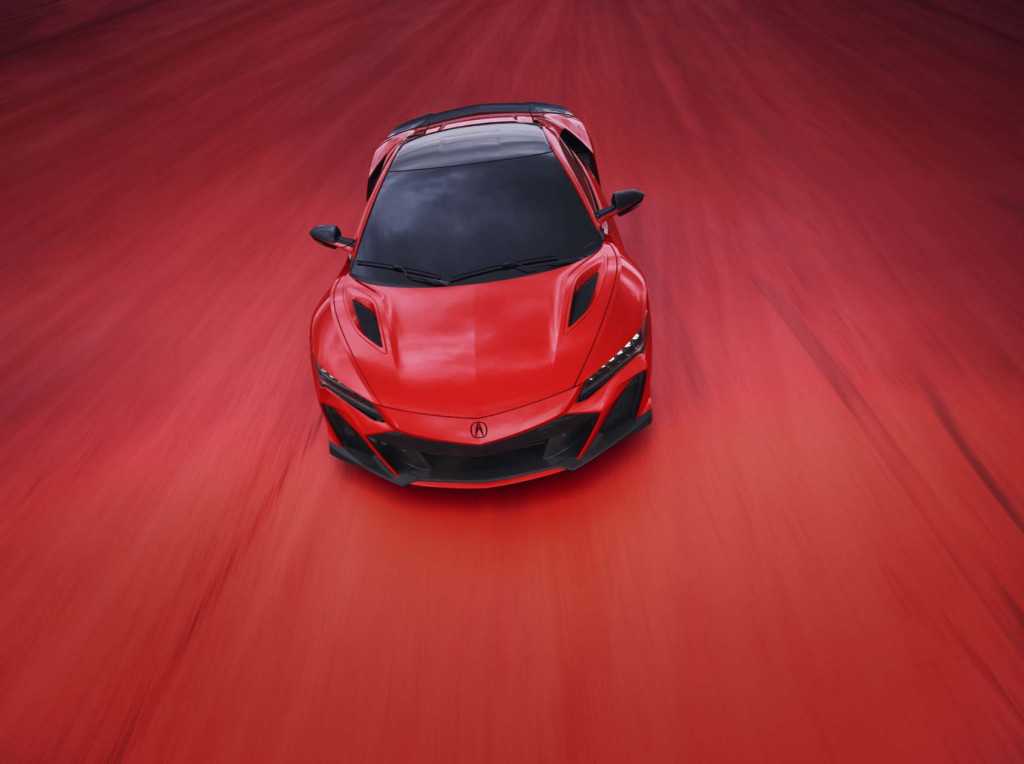 The hybrid supercar gets the Type S badge for the first time in U.S. history, and with that comes more power. The twin-turbo 3.5-liter V-6 features new fuel injectors with a 25% higher flow rate, new intercoolers capable of dissipating 15% more heat, and the turbochargers from the NSX GT3 Evo race car that increase boost pressure from 15.2 psi to 16.1 psi. The net result of these tweaks is an extra 20 hp and 37 lb-ft of torque for 520 hp and 443 lb-ft of torque from the gas engine alone. Mix in the trio of electric motors and total power output rises to 600 hp and 492 lb-ft of torque.

To increase off-the-line torque, Acura has lowered the gear ratio on the two electric motors powering the front wheels 20% to 8.05:1. The Intelligent Power Unit (IPU) computer that powers the electric motors is now used more efficiently, which provides 20% more usable battery capacity and 10% more battery output. Acura said the result is enhanced performance in all four modes, but also more electric-only rage. While electric-only range isn't rated—the NSX isn't a plug-in hybrid—we've seen as much as a mile in our previous testing.

Acura has also retuned the 9-speed dual-clutch automatic transmission and added a new Rapid Downshift Mode, which in Sport mode allows drivers to skip several gears at a time by holding down the downshift paddle instead of clicking through the gears. Holding the downshift paddle down for 0.6 seconds automatically downshifts to the lowest possible gear. Shifts in Sport and Sport+ modes are programmed to be quicker and more aggressive with the clutch engaging up to 50% faster than before. If the brakes are engaged in Sport+ mode, the transmission has been reprogrammed to downshift almost immediately. The redline in Track Mode has been increased by 1,500 rpm, which allows the driver to activate the downshift paddle earlier during deceleration. 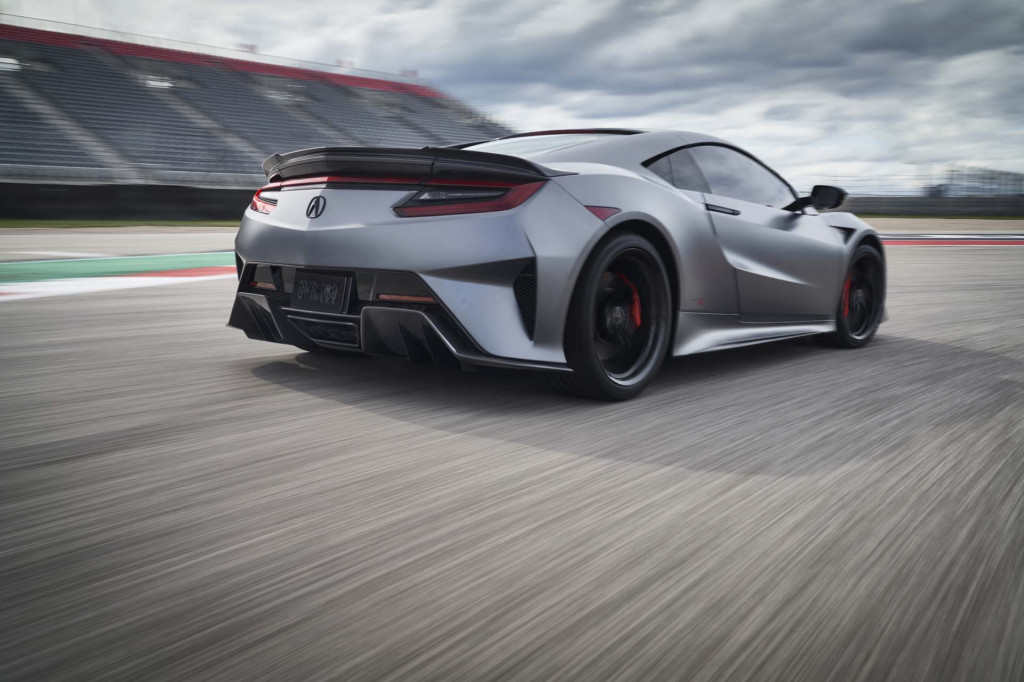 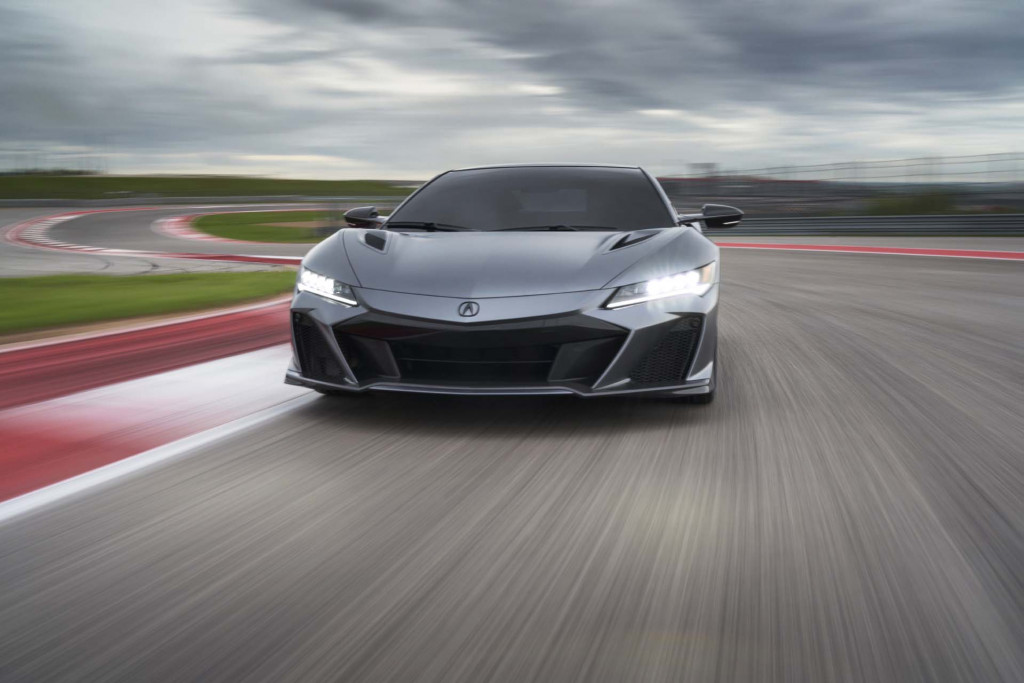 The NSX was and is a pretty car, but the Type S looks like it got mixed some Lamborghini bits.

A new front bumper houses angular air intakes, while a sharp diffuser modeled after the one on the NSX GT3 Evo race car sits out back. Acura said the shape of the carbon-fiber front spoiler minimizes front aerodynamic lift by directing airflow under the car. The larger front grille opening feeds more air to the radiators to help keep things cool.

New split five-spoke forged aluminum wheels have increased negative offset to help widen the front and rear track by 0.4- and 0.8-inch, respectively. New 245/35R19 front and 305/30ZR20 rear Pirelli P-Zero tires were co-created and have an "H0" marking on the sidewall to indicate they are specially designed for the NSX. The new offset improves handling while the new Pirelli tires provide 6% more grip, according to Acura. 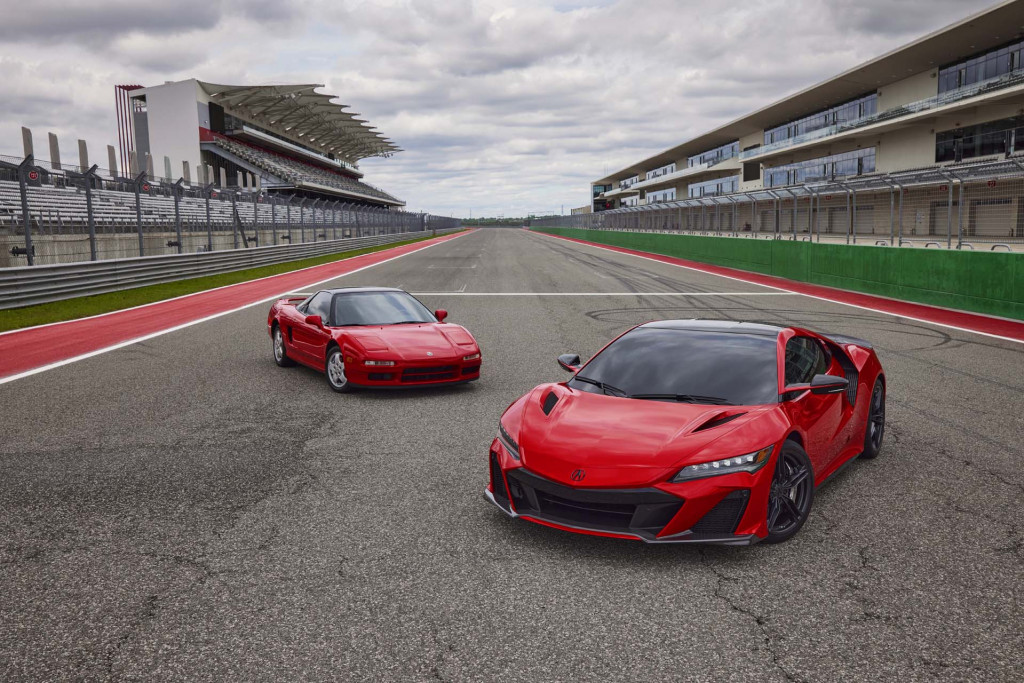 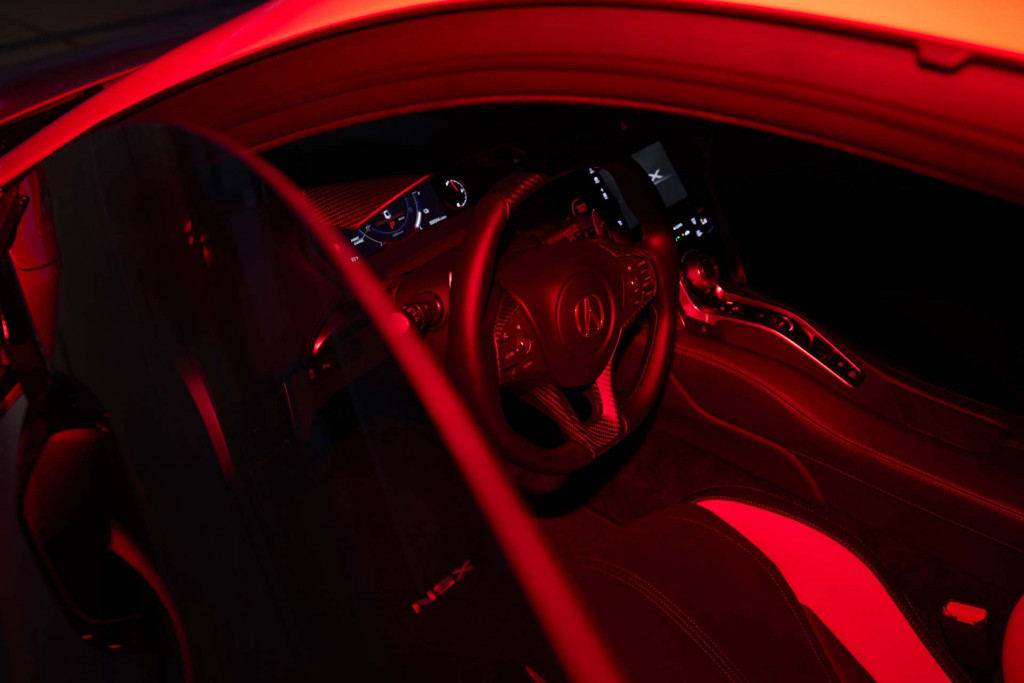 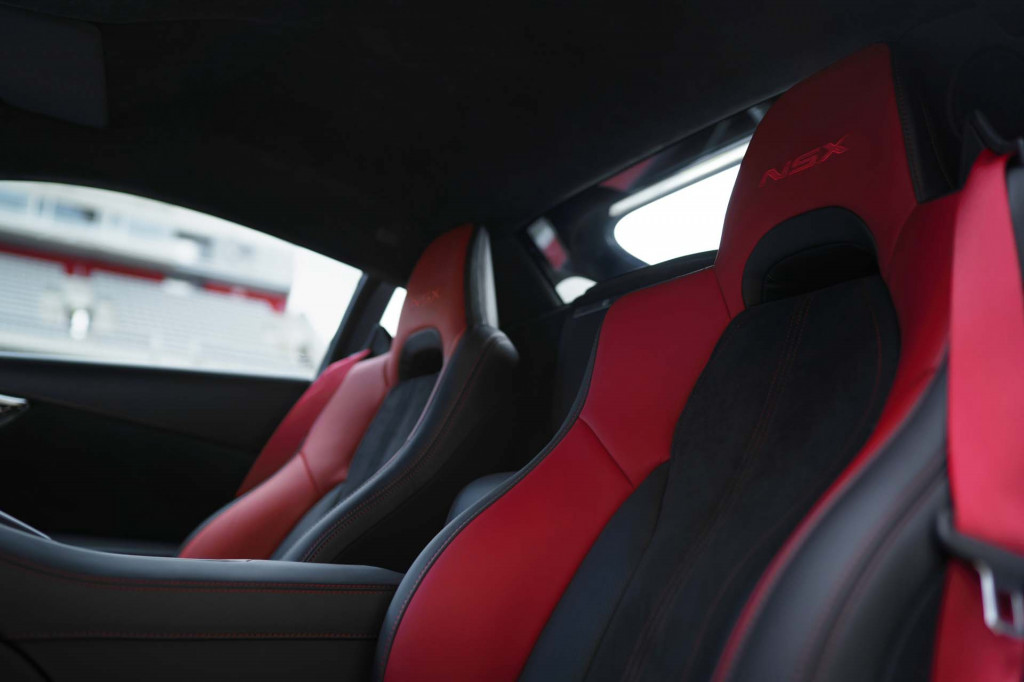 Carbon fiber bits, including the front lower spoiler, side sills, rear decklid spoiler, diffuser, and roof are new for the Type S.

The sole option on the 2022 NSX Type S is a Lightweight Package, which adds carbon-fiber accepts on the steering wheel, a carbon-fiber gauge cluster hood, a glossy carbon-fiber engine cover, and carbon-ceramic brakes. It cuts 57.8 lb and costs $13,000.

Acura will build 350 units of the 2022 NSX Type S with 300 slated for the U.S. market before the second-generation NSX joins the first-generation in our memories. Deliveries begin in December.