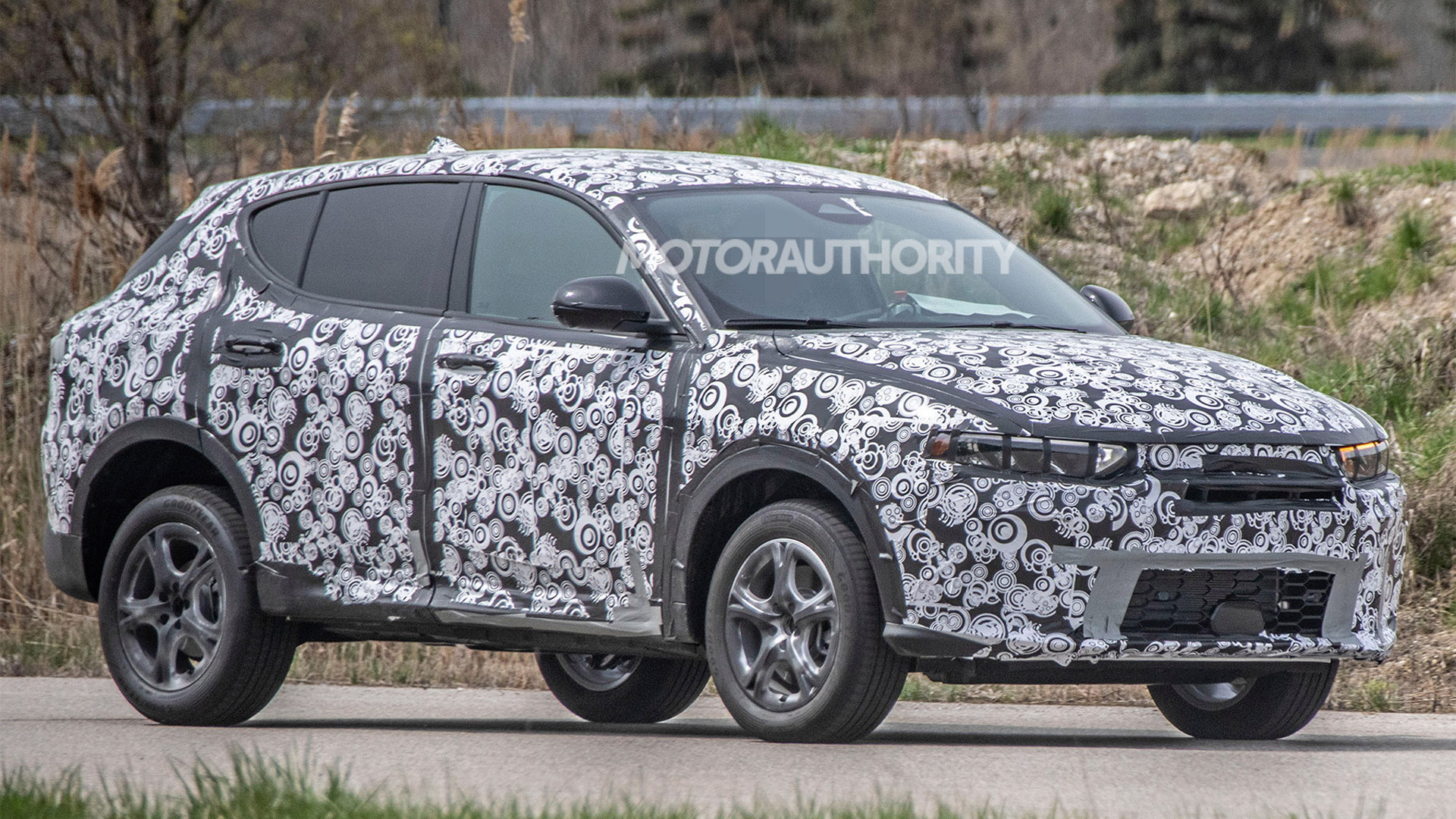 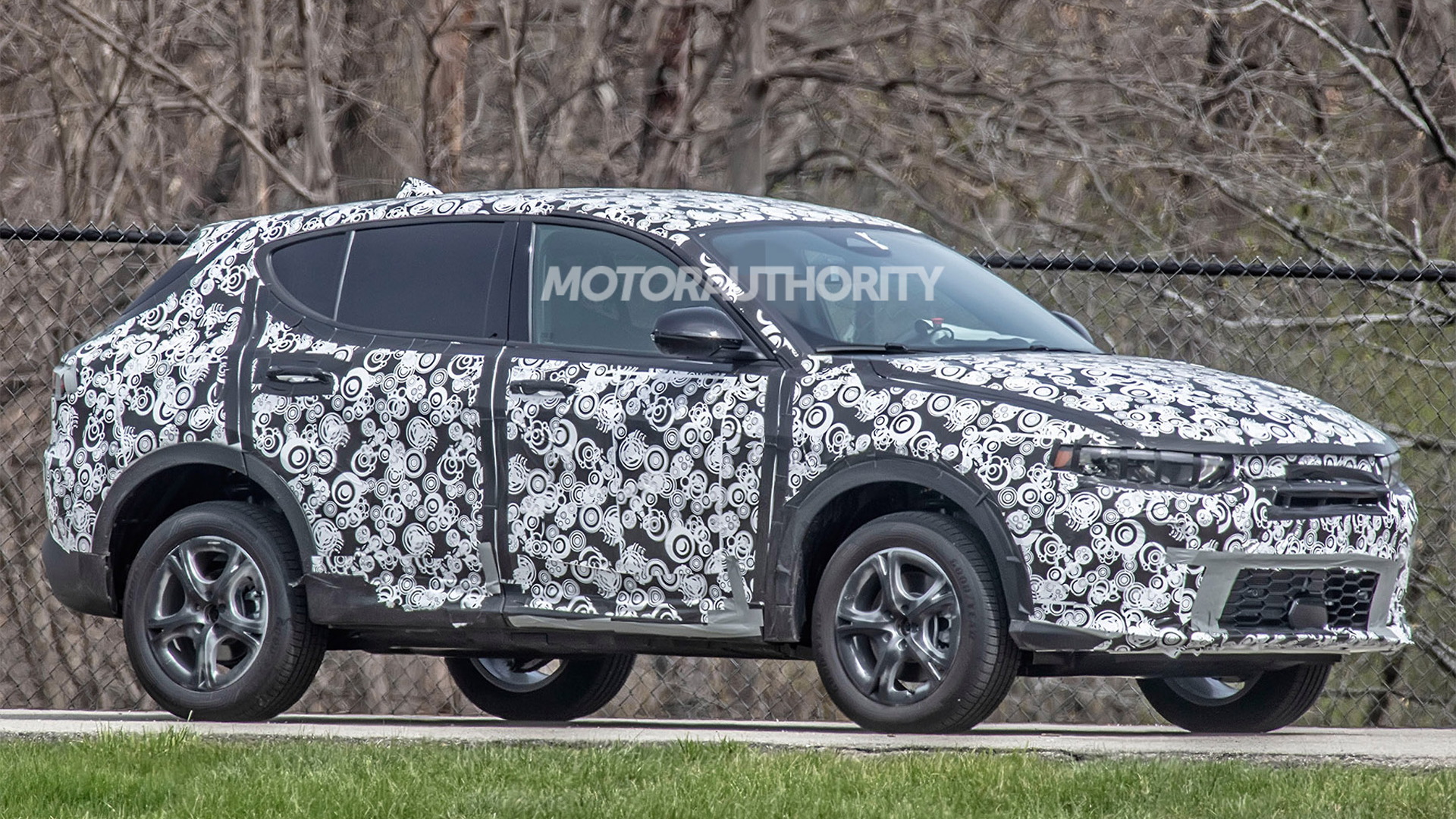 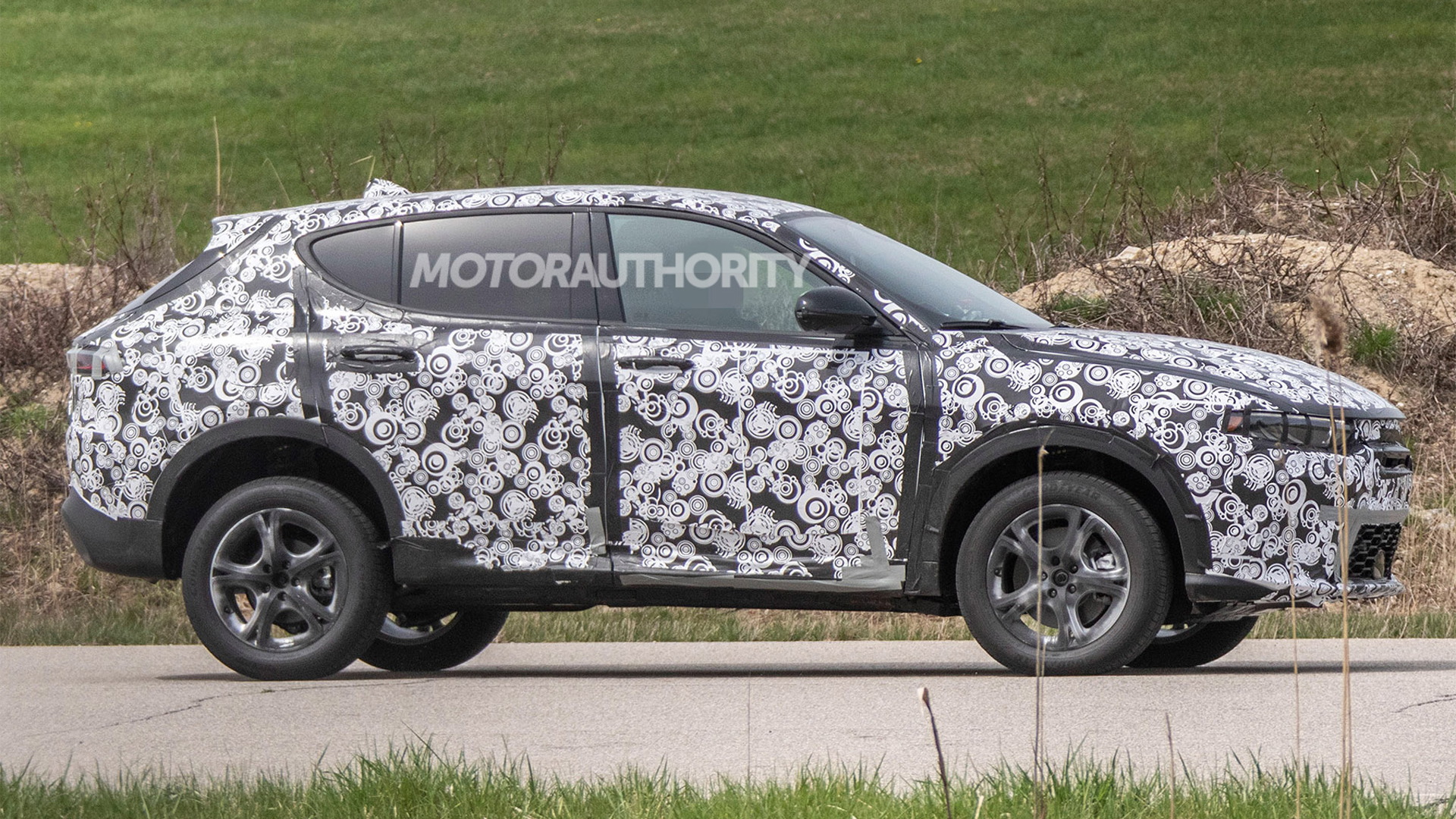 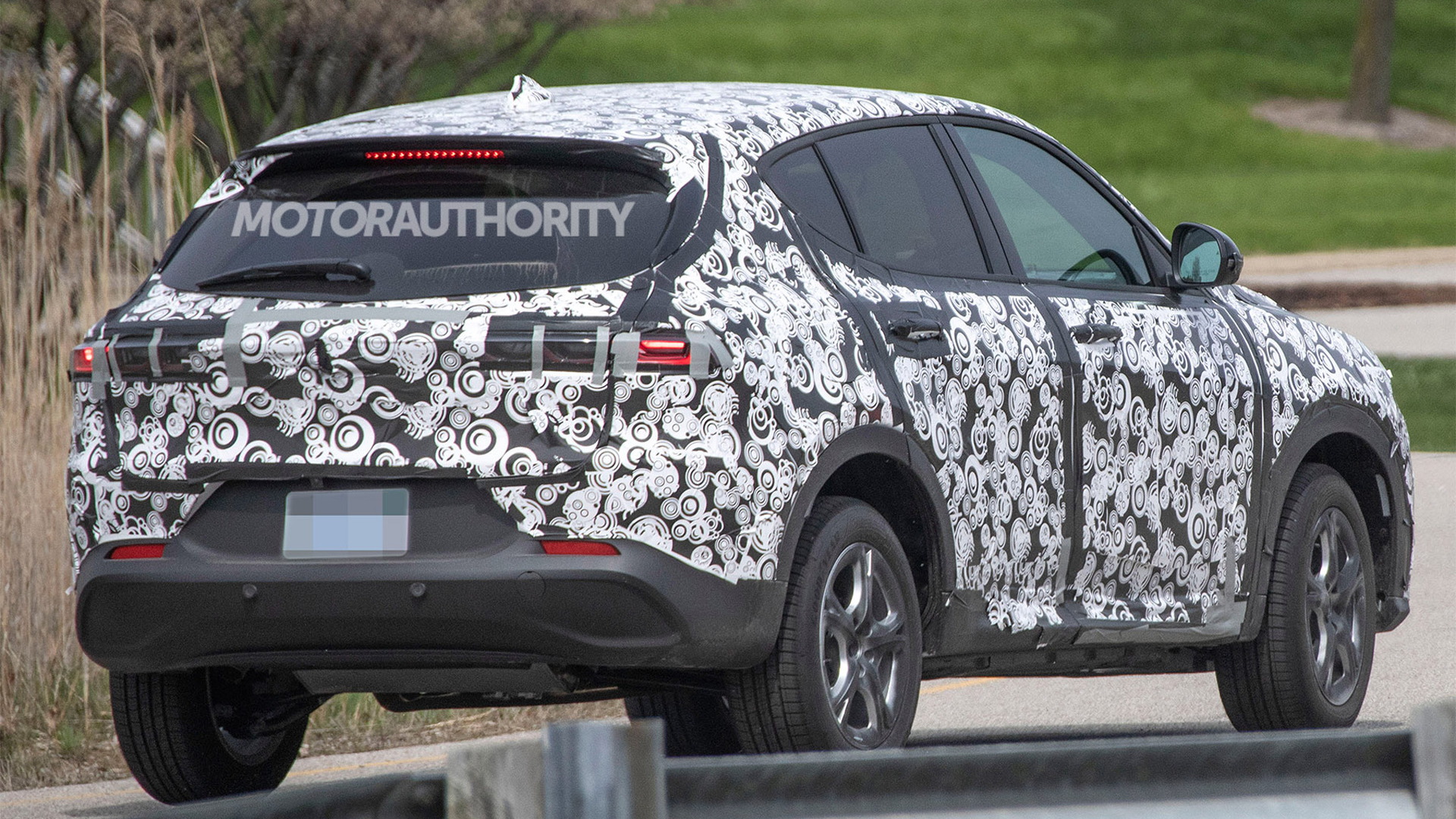 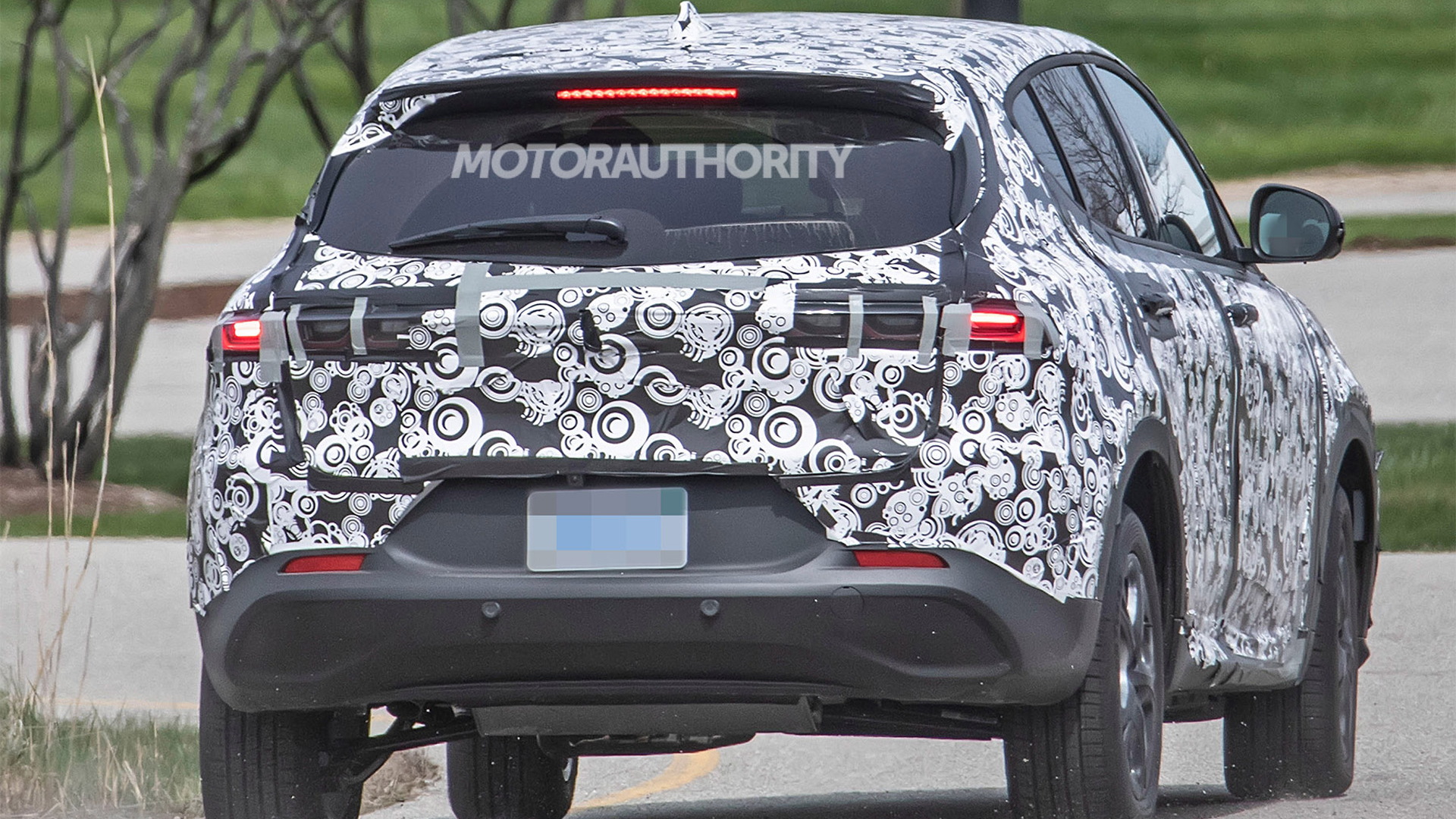 Stellantis last summer confirmed plans for the launch of a plug-in hybrid by its Dodge brand in 2022, and now we have the first spy shots of a prototype.

The vehicle is a compact crossover to be called the Dodge Hornet, and it's set for a debut late this summer.

The prototype confirms rumors that the Hornet is actually a twin to the recently revealed 2023 Tonale compact crossover from fellow Stellantis brand Alfa Romeo. Differences appear to be limited to the internals of the headlights, as well as the grille and front fascia treatments, and the wheel patterns. We're likely to see some different elements in the cabins of each vehicle, too.

The platform is the same setup underpinning Jeep's Renegade and Compass. It isn't clear what powertrain(s) the Hornet will receive, but we know the plug-in hybrid powertrain in the Tonale consists of a 1.3-liter turbocharged inline-4 driving the front wheels and an electric motor driving the rear pear, with the two power sources delivering a combined 272 hp. The Tonale has also been announced with a 2.0-liter turbocharged inline-4 that makes 256 hp. It's possible we see both powertrains also offered in the Dodge.

Interestingly, Dodge previously used the Hornet name for a hot hatch concept from 2006. The name dates to the Hudsons of the 1950s and was transferred to American Motors Corp. after the company was formed out of the 1954 merger of Hudson and Nash-Kelvinator. AMC was eventually acquired by Chrysler in 1987.