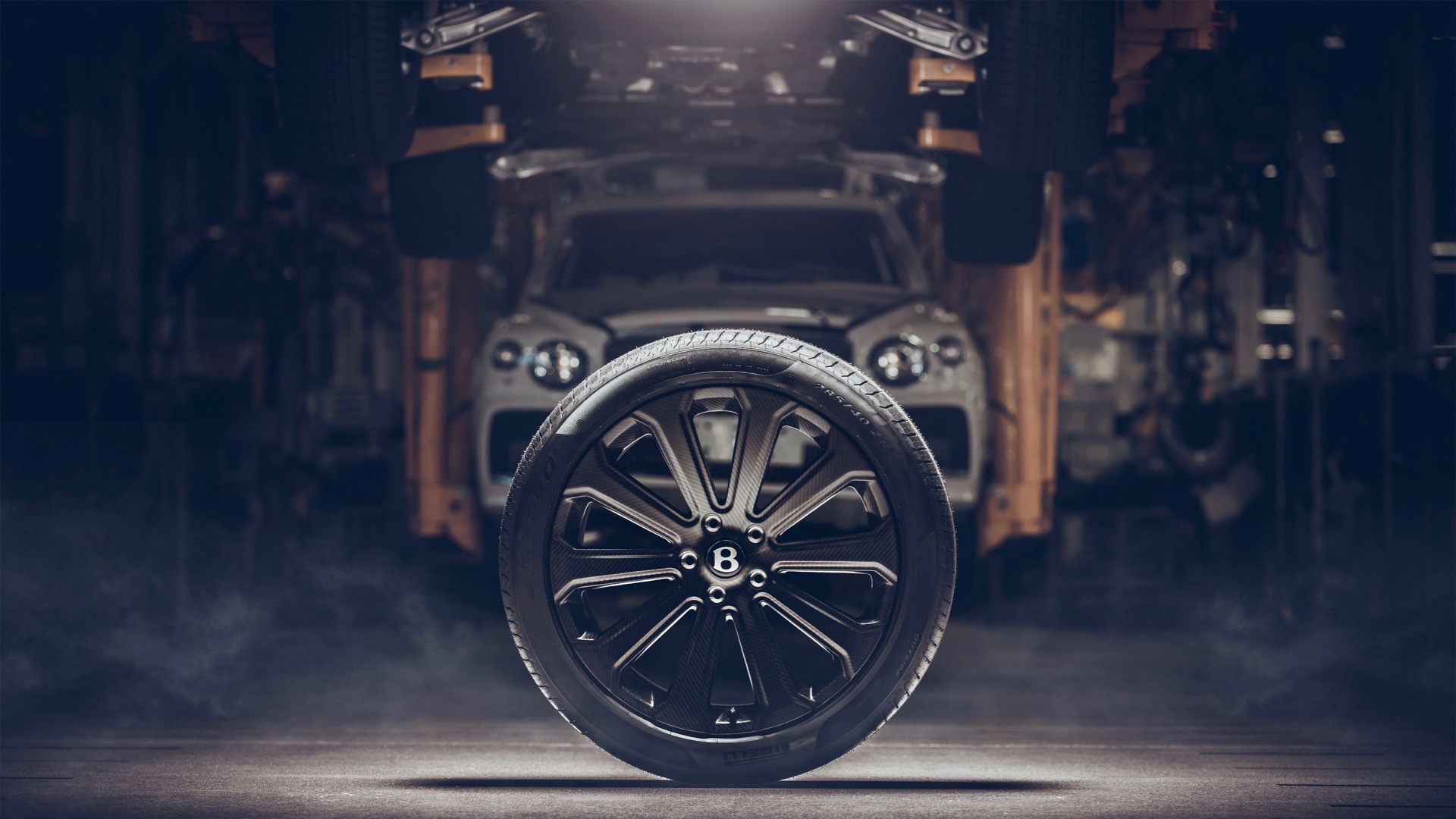 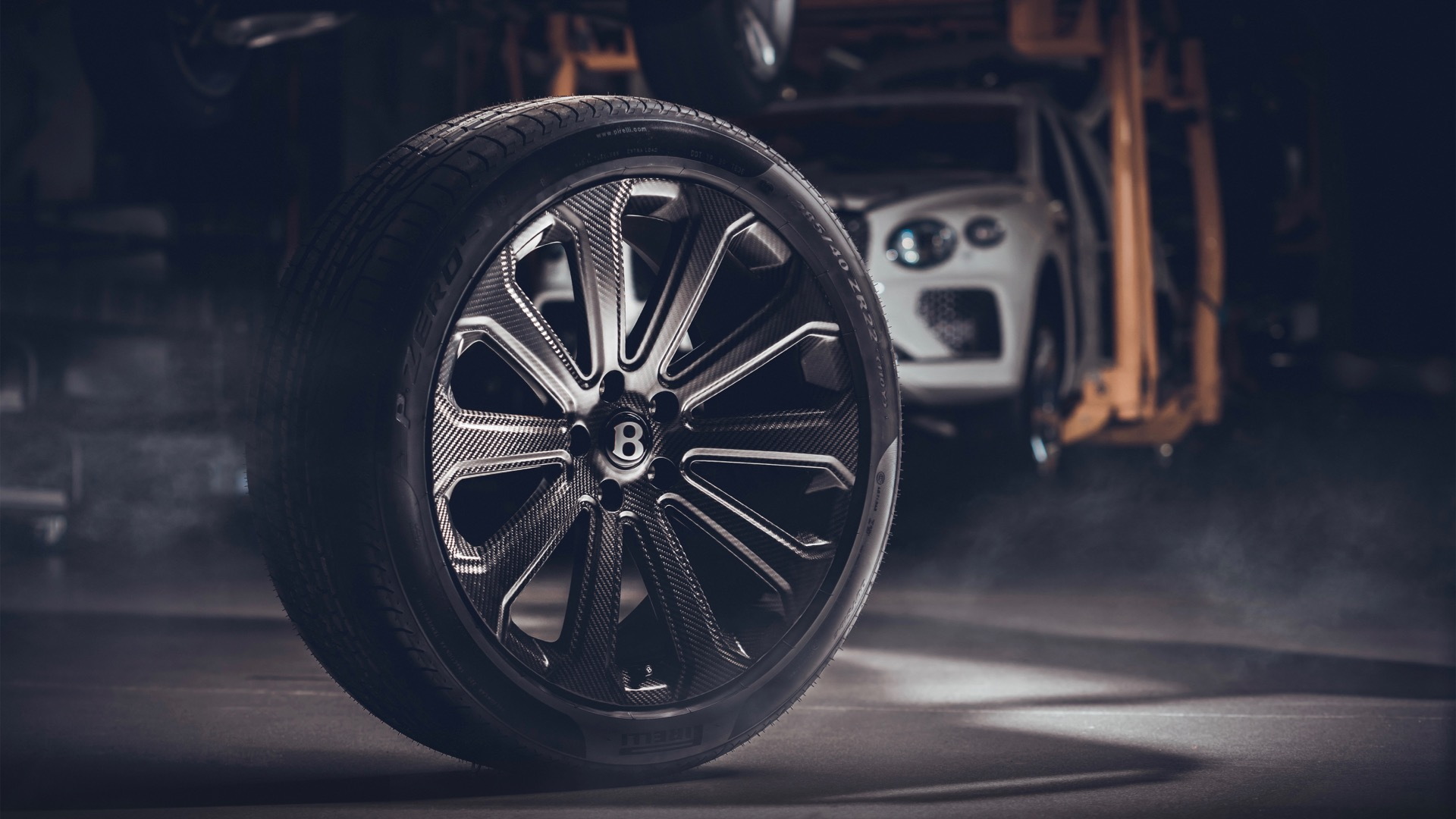 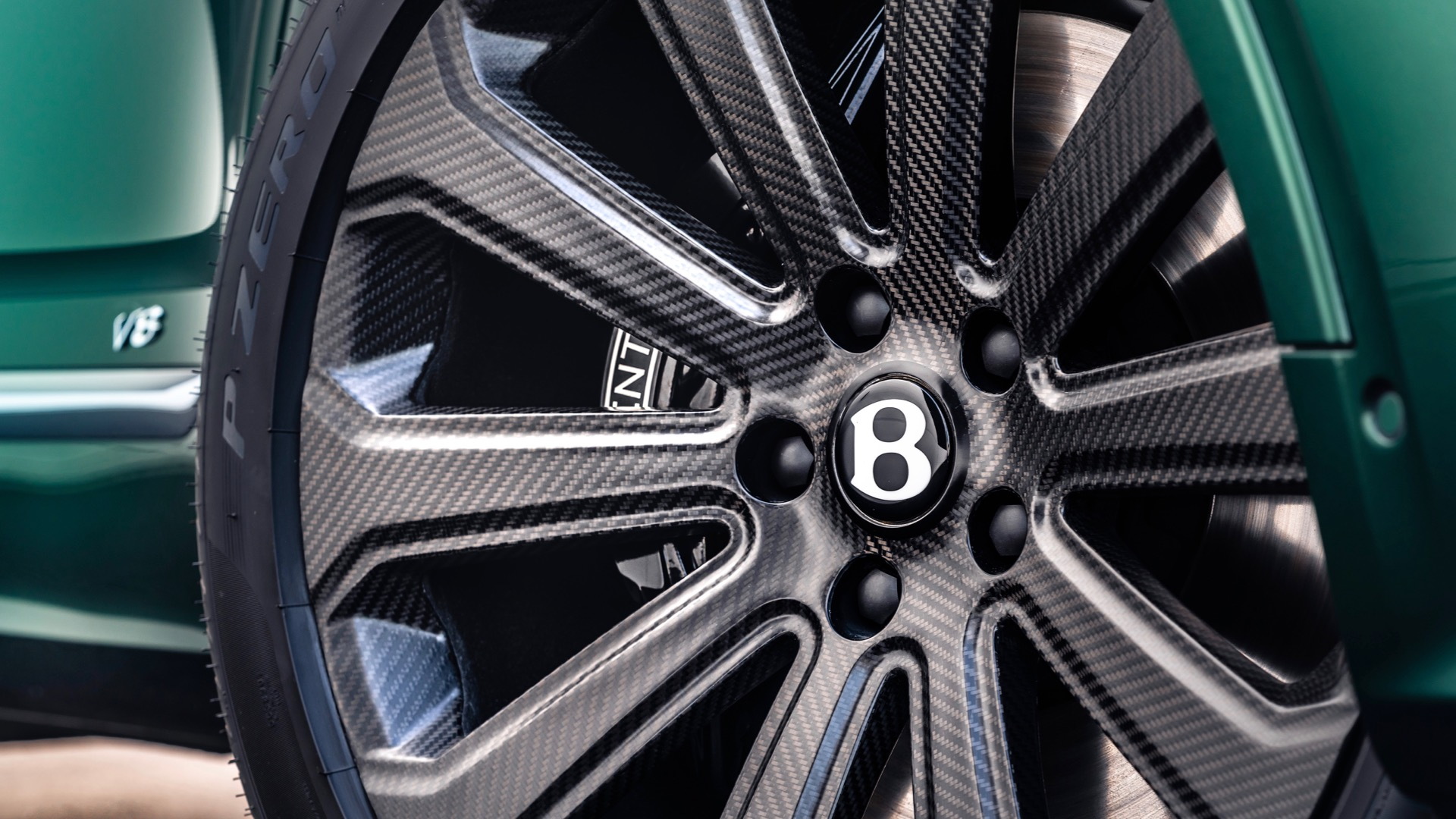 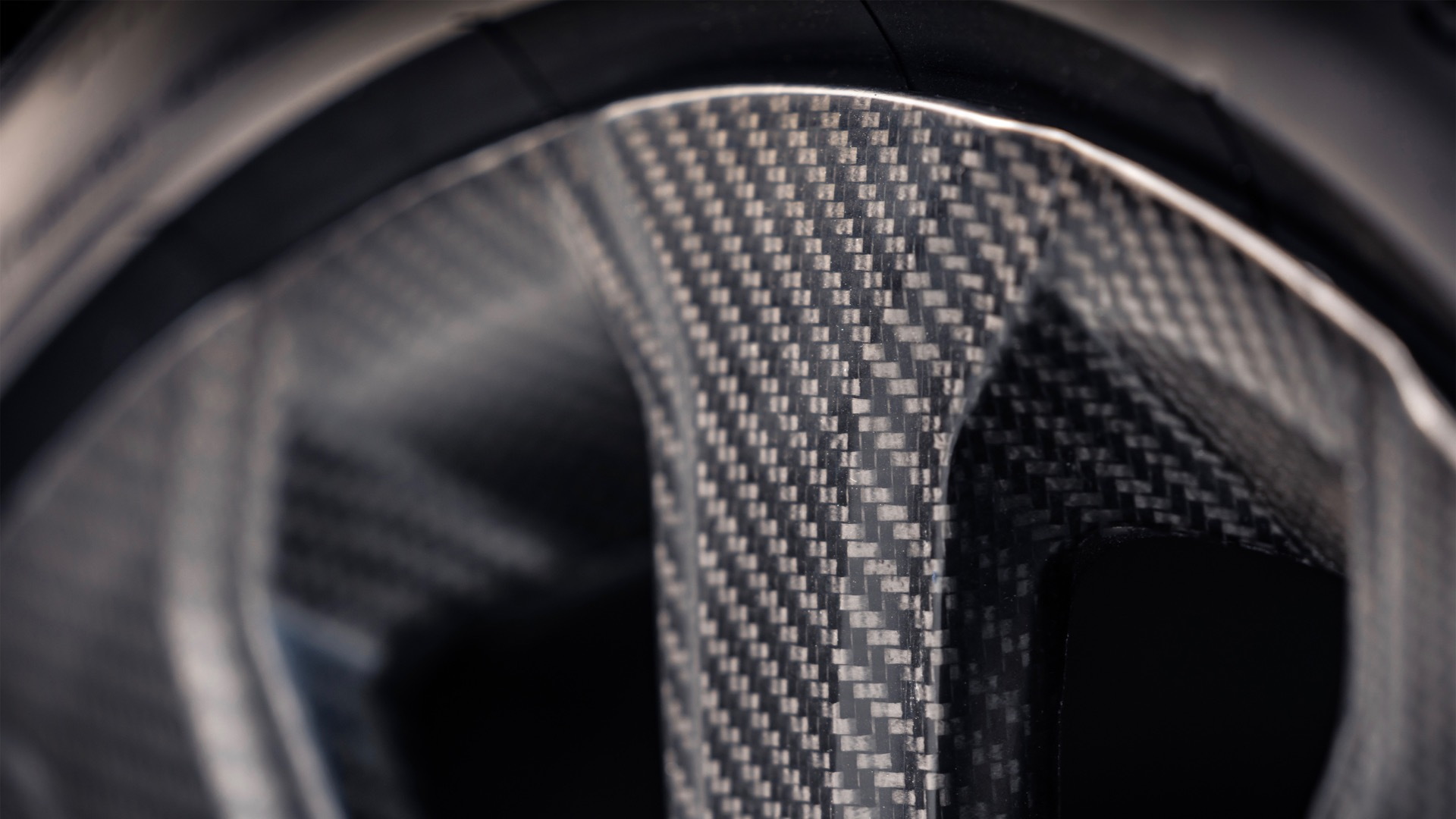 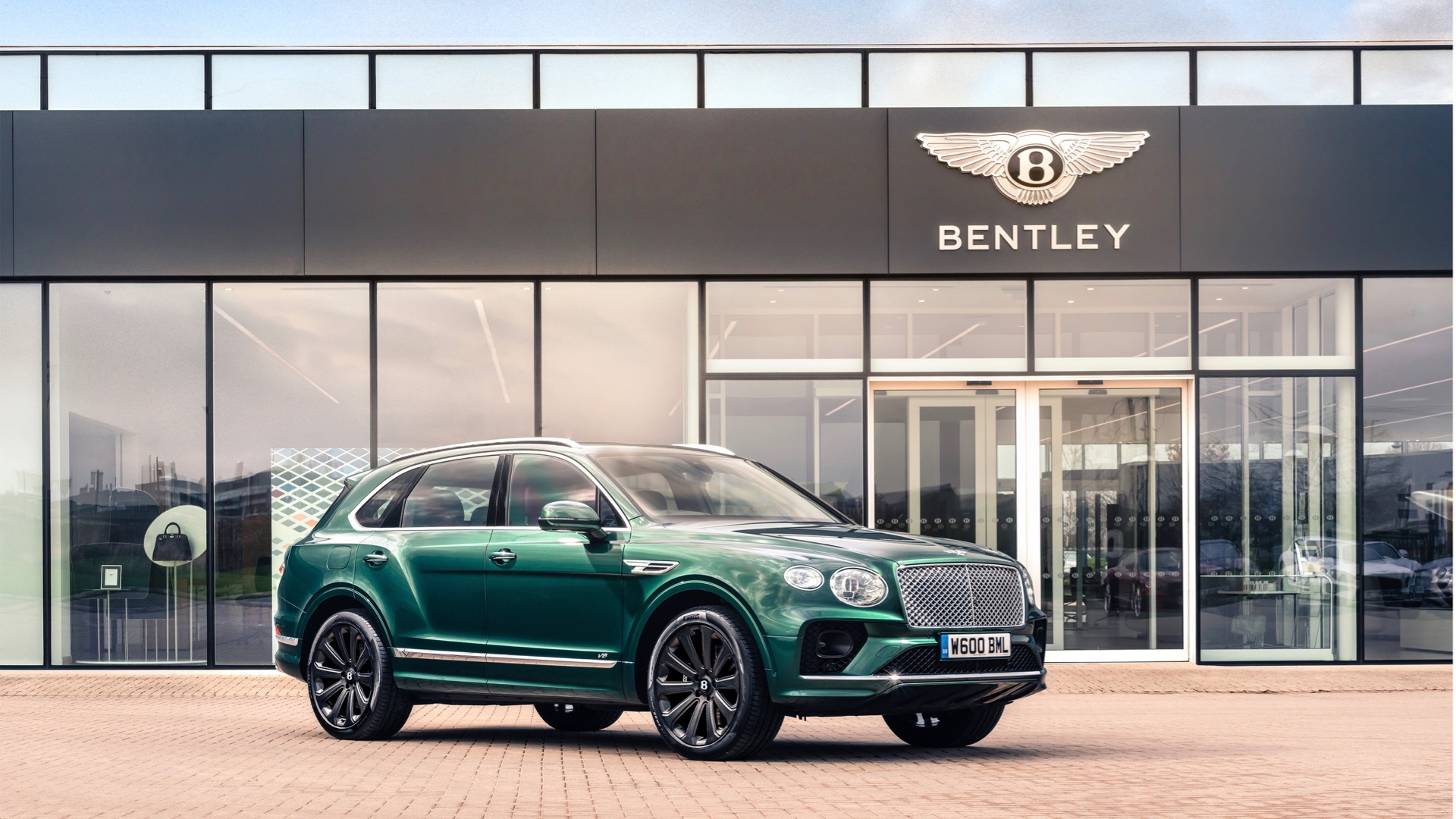 Carbon fiber wheels are normally seen on hardcore track cars such as the Ford Mustang Shelby GT500, but soon you'll be able to get them on a Bentley Bentayga. These lighter wheels will be available to order later in 2021, Bentley confirmed Monday in a press release.

The 22-inch wheels reduce unsprung mass by 13.2 pounds per wheel, compared to the standard aluminum wheels, according to Bentley. The carbon fiber wheels are also stiffer than aluminum wheels, which can reduce tire wear, the automaker claims.

Carbon fiber wheels are also less likely to crack in a severe impact than aluminum wheels, so any damage to the wheels is likely to release air from the tires more slowly, Bentley claims.

The wheels were developed by Bentley's Mulliner personalization division in partnership with specialist firm Bucci Composites. They're manufactured using a resin-transfer molding process, in which sheets of carbon fiber are stacked and draped over molds to create three-dimensional "preforms," which are then assembled into a complete wheel shape and bonded with resin.

Over a five-year development process, the wheels were also tested under the protocols of German regulator TUV, including biaxial stress testing, radial and lateral impact testing (to simulate potholes and cobblestones), tire overpressure, and excessive-torque testing. Bentley claims this is the first carbon fiber wheel to pass these tests.

After receiving a substantial update for the 2021 model year, the Bentayga gains a new S model for 2022. It's a sharper version of the Bentayga V-8 that aims to provide sportier handling. Other models in the range include the W-12 Bentayga and Bentayga Speed, plus the Bentayga Hybrid.