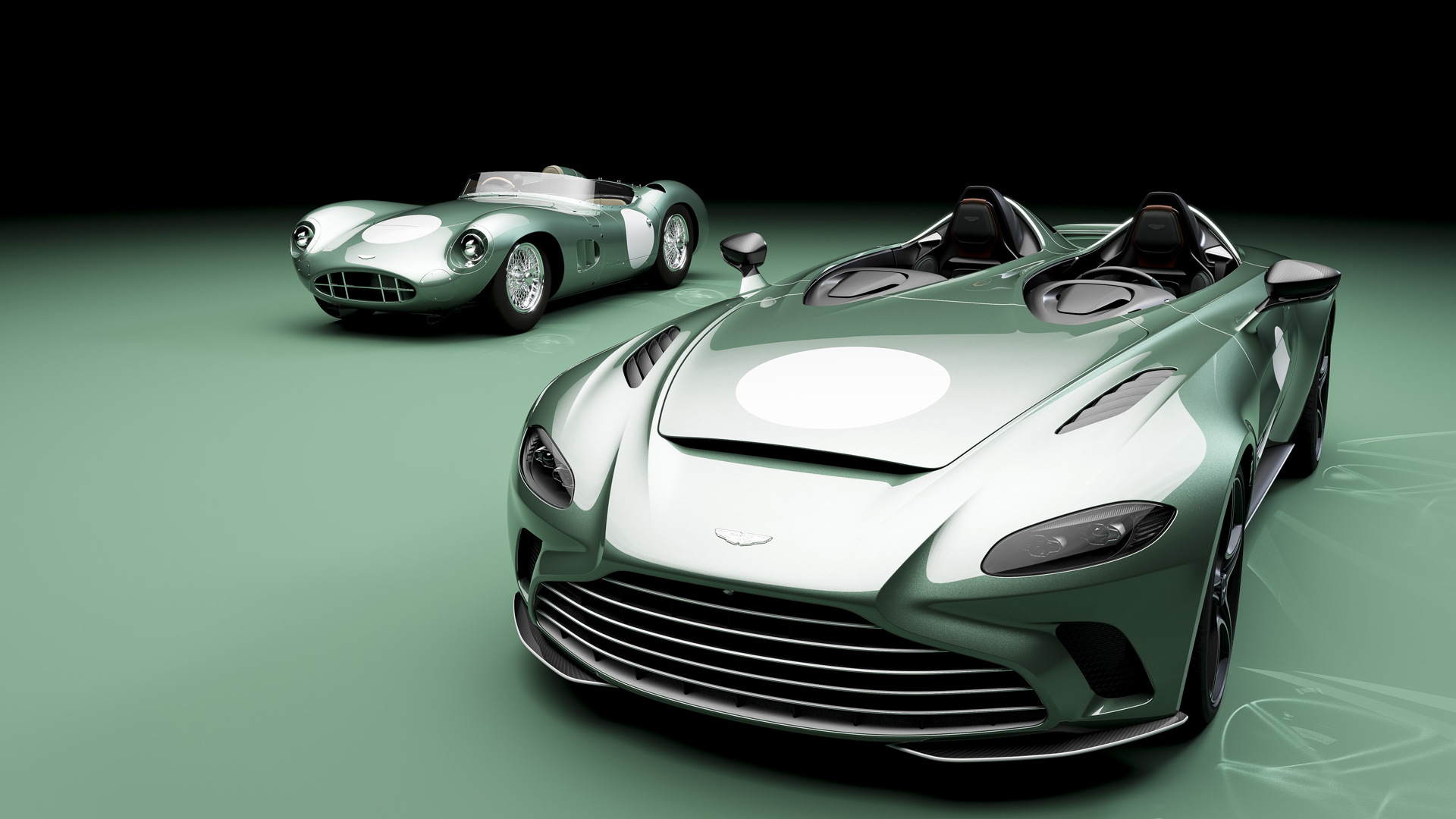 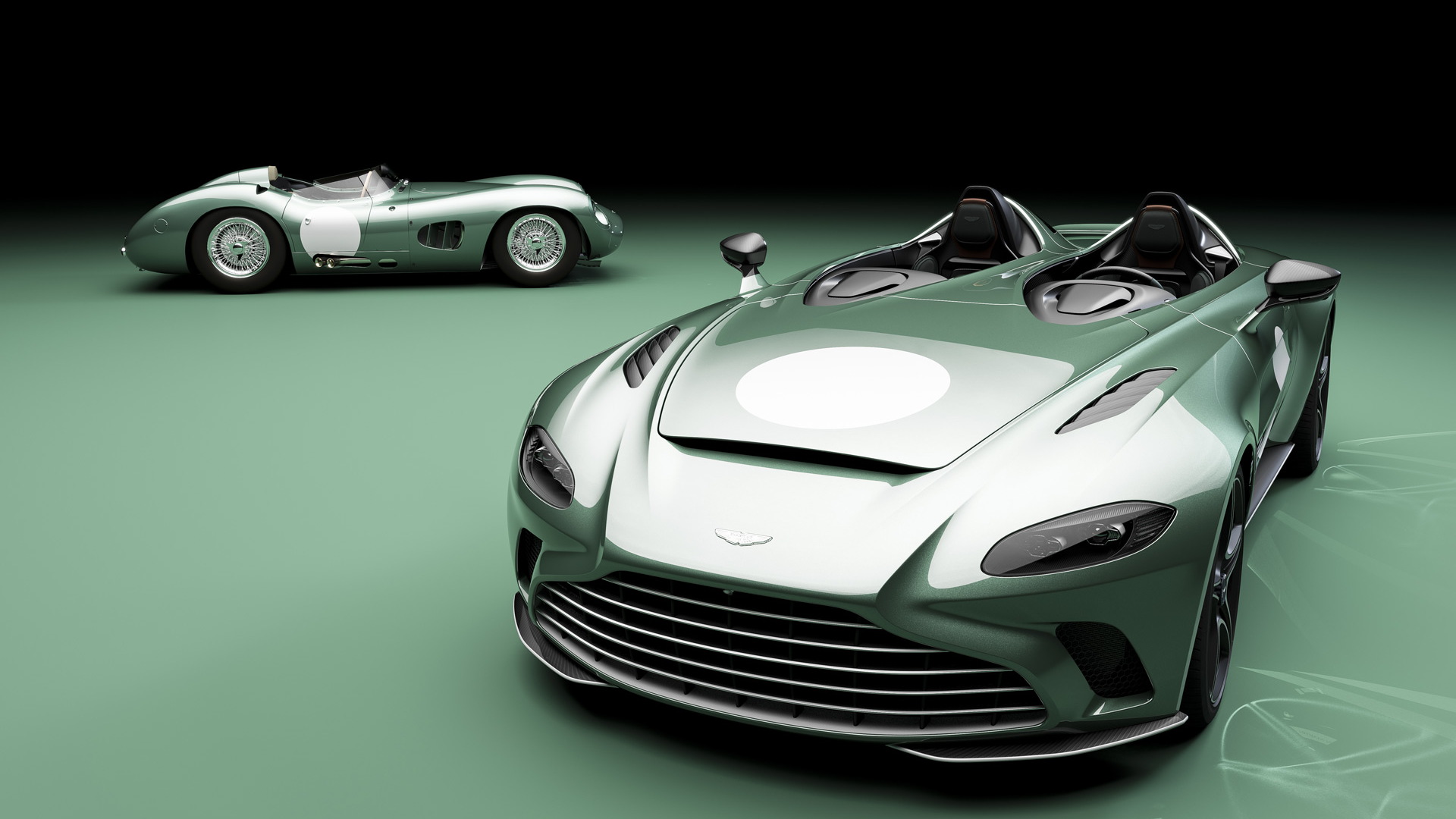 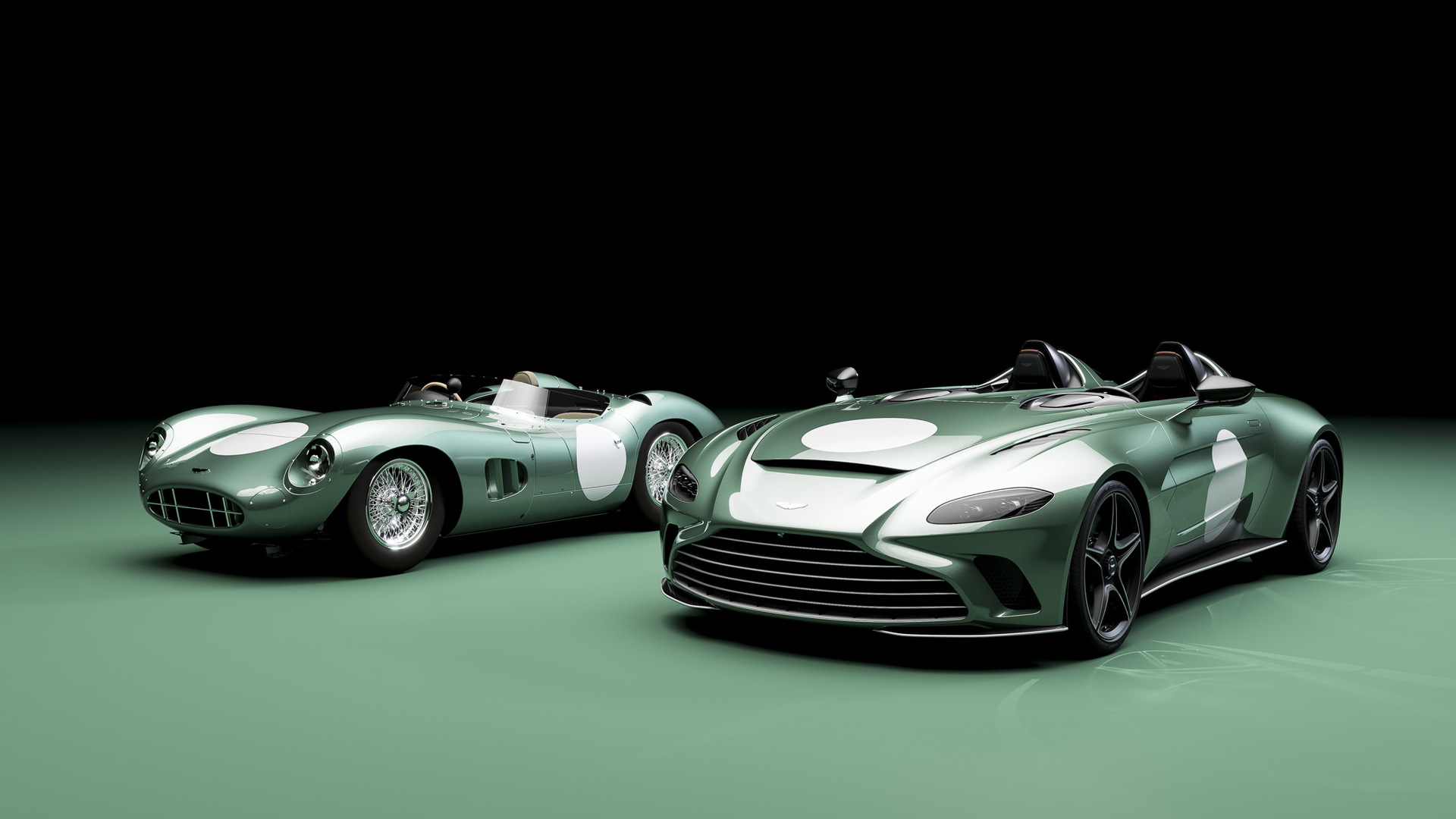 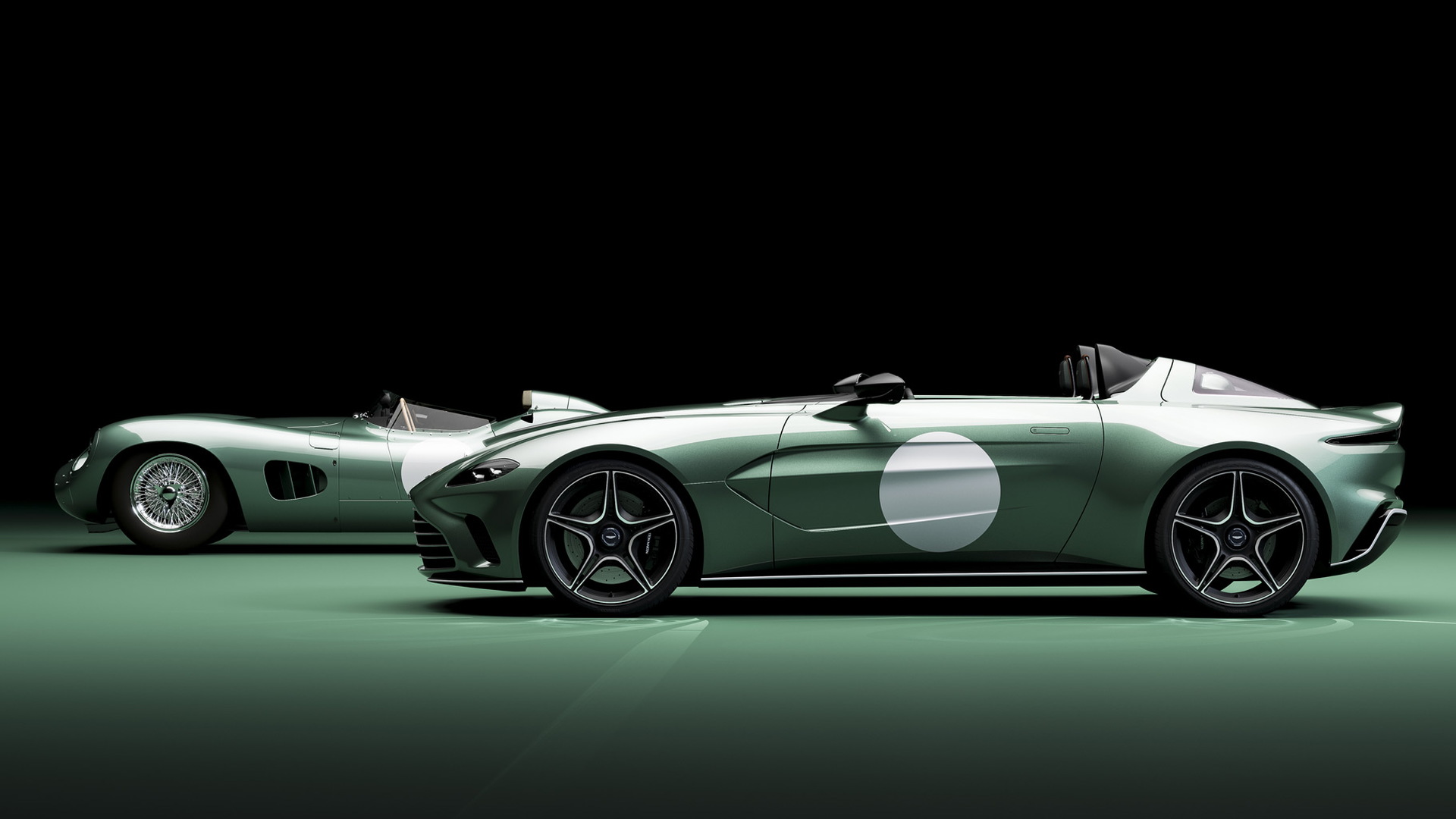 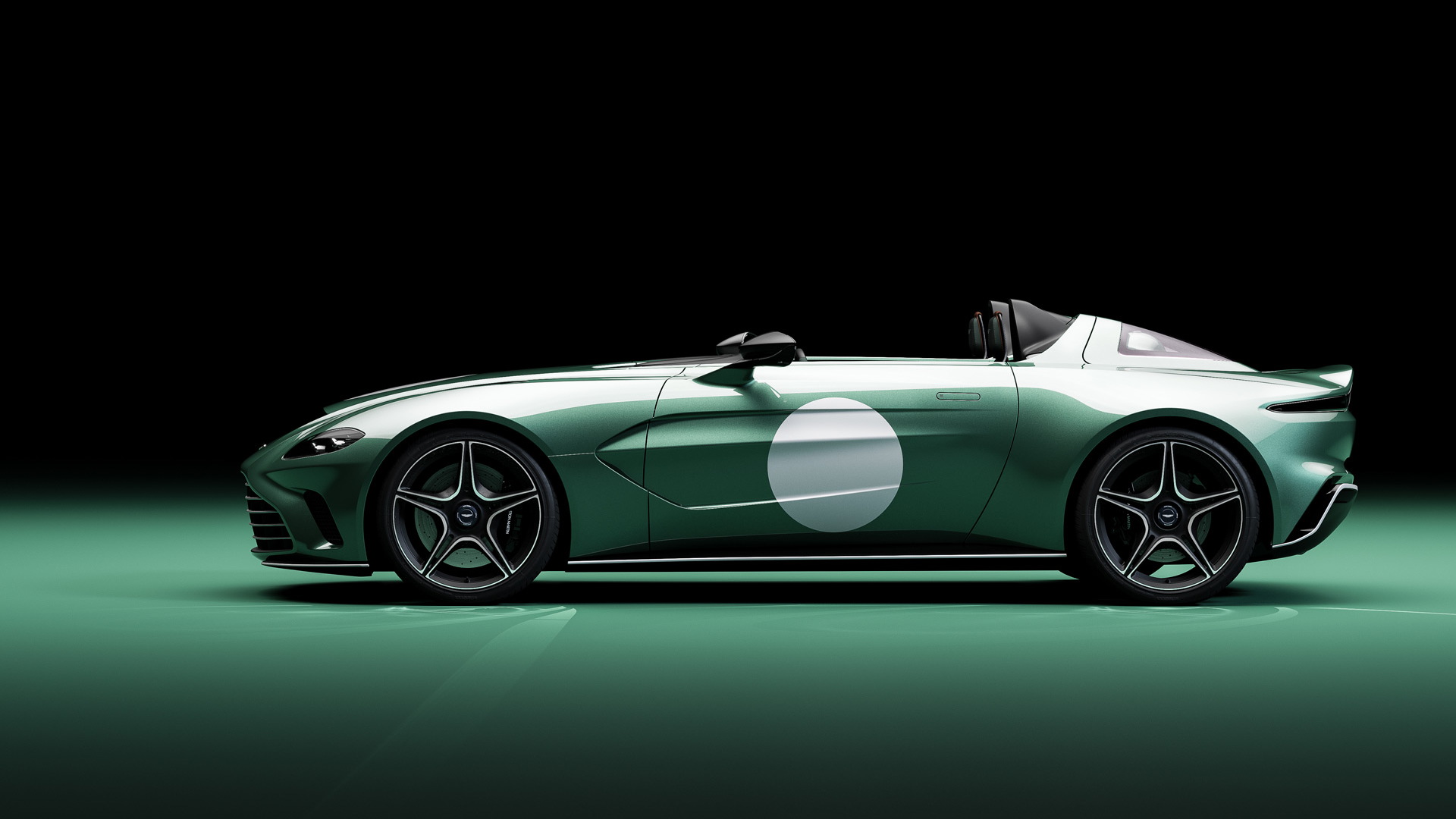 Buyers of Aston Martin's limited-edition V12 Speedster will be able to order the open-top supercar in a specification honoring the DBR1 race car driven to overall victory at the 1959 24 Hours of Le Mans by Carroll Shelby and Roy Salvadori.

Just 88 examples of the wild speedster are destined to be built, making the car special. But owners wanting to make their car just a little extra special may want to seriously consider adding the DBR1-inspired specification. 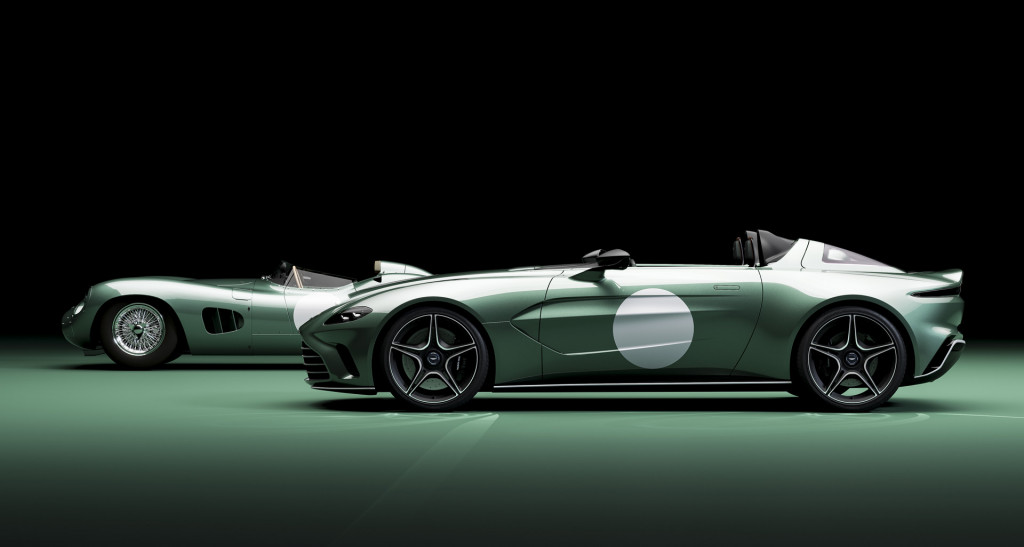 Inside, there are more green elements mixed in with standard saddle leather trim, and owners will find a pair of helmets finished in the same green as the body work. Remember, there's no windshield here. And instead of a glovebox, the V12 Speedster has a removable leather bag in front of the passenger. More storage space is found under the rear cowls.

Unveiled in 2020, the V12 Speedster blends elements from the Vantage sports car and DBS Superleggera supercar. Key to it is Aston Martin's in-house built 5.2-liter twin-turbocharged V-12 under the hood, tuned here to deliver 690 hp and 555 lb-ft f torque. Drive is to the rear wheels via an 8-speed automatic. With so much oomph, Aston Martin promises the V12 Speedster can launch from 0-62 mph in 3.4 seconds and top out at 198 mph.

The price for one is $950,000 and build slots are still available. Aston Martin hasn't said how much it will cost to add the DBR1 livery. Deliveries will start in mid-2021.