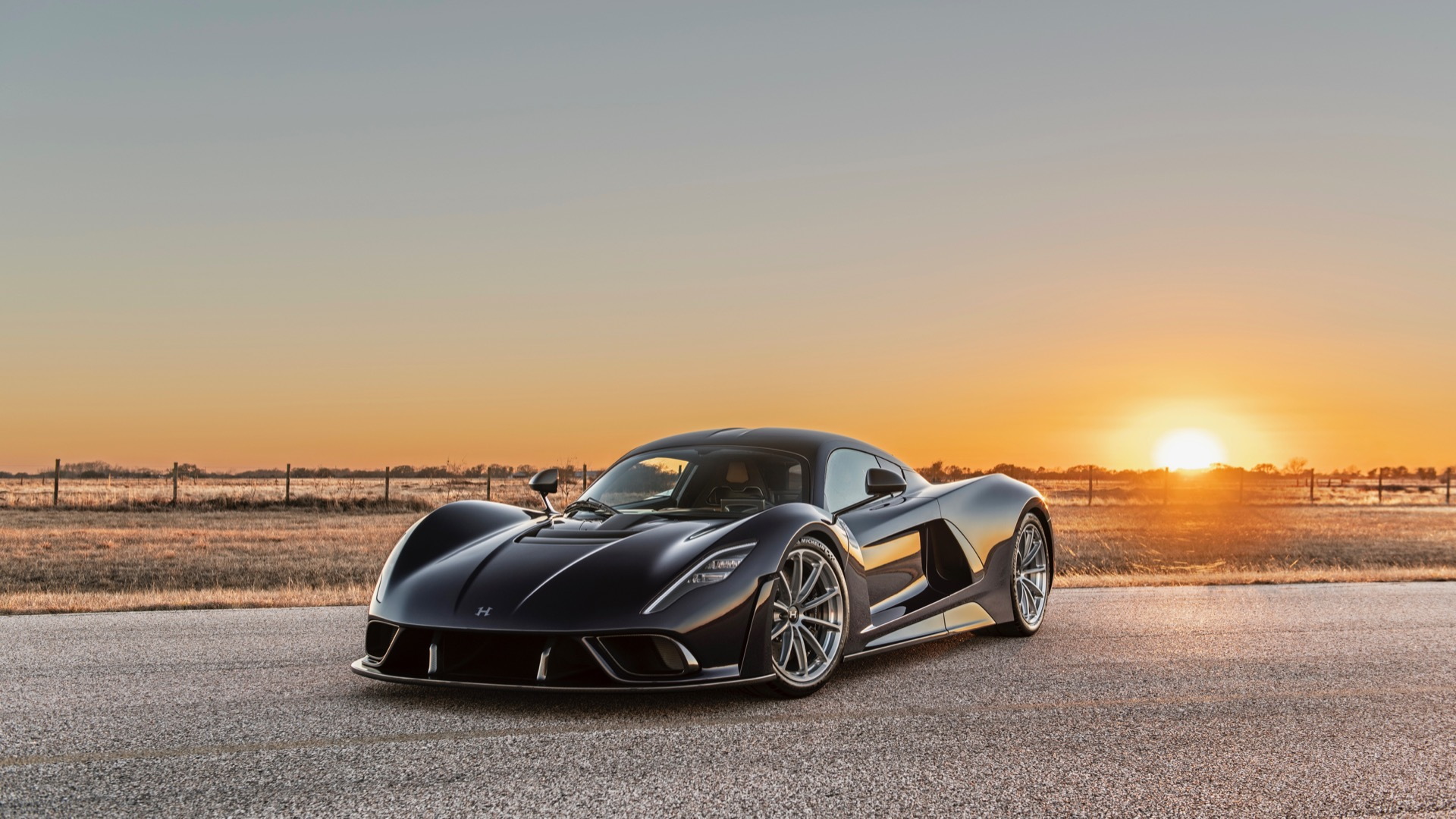 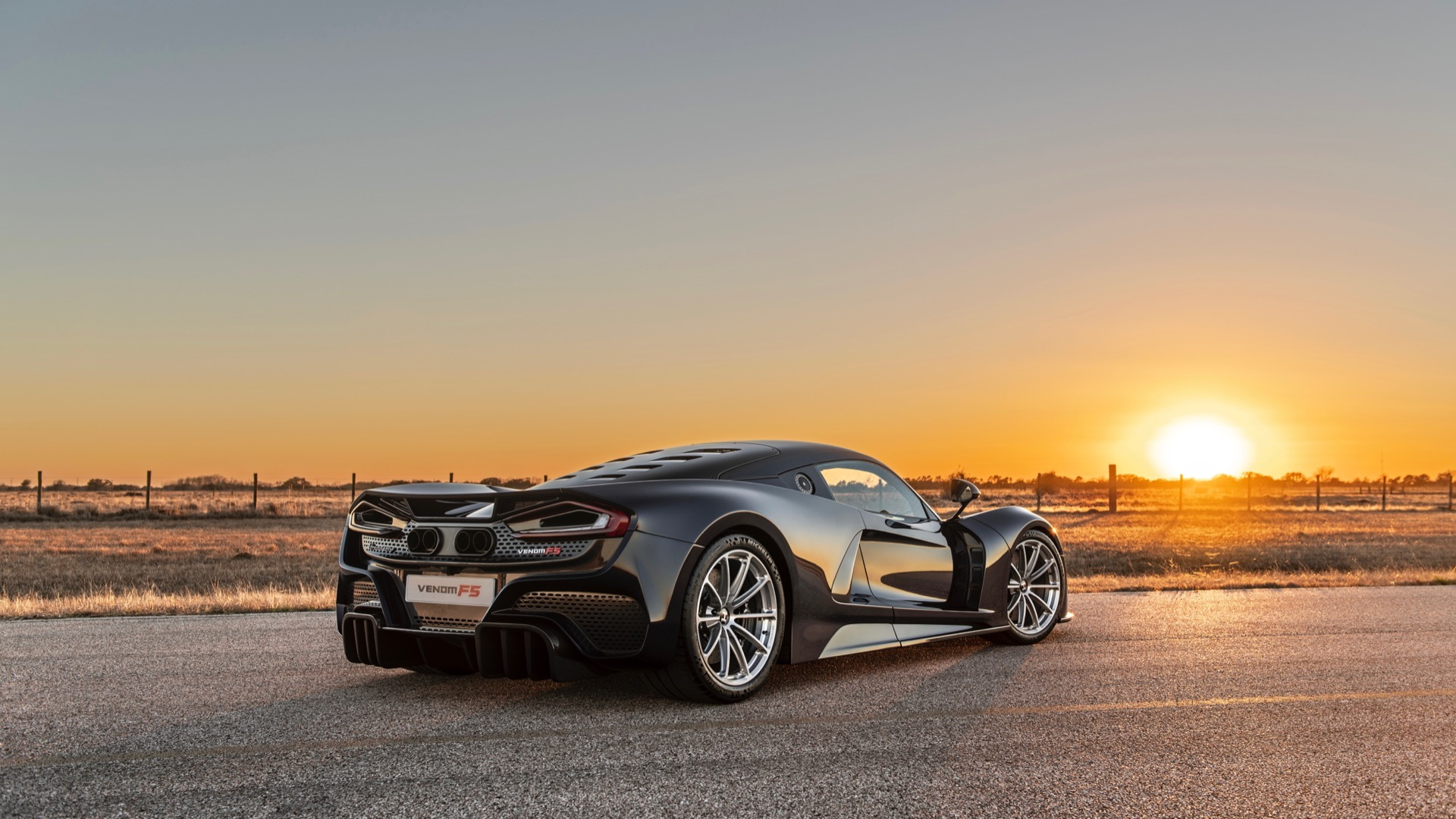 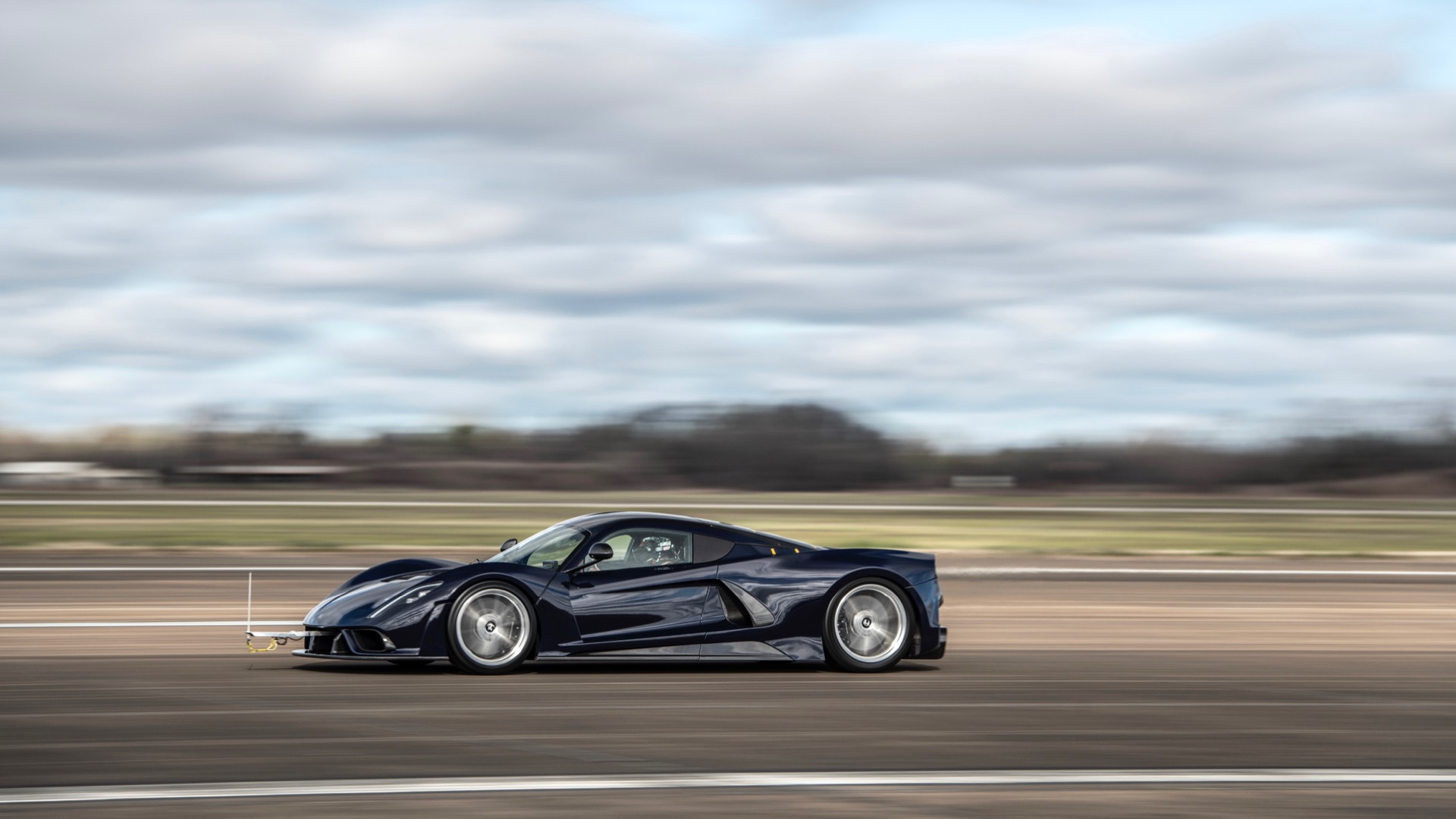 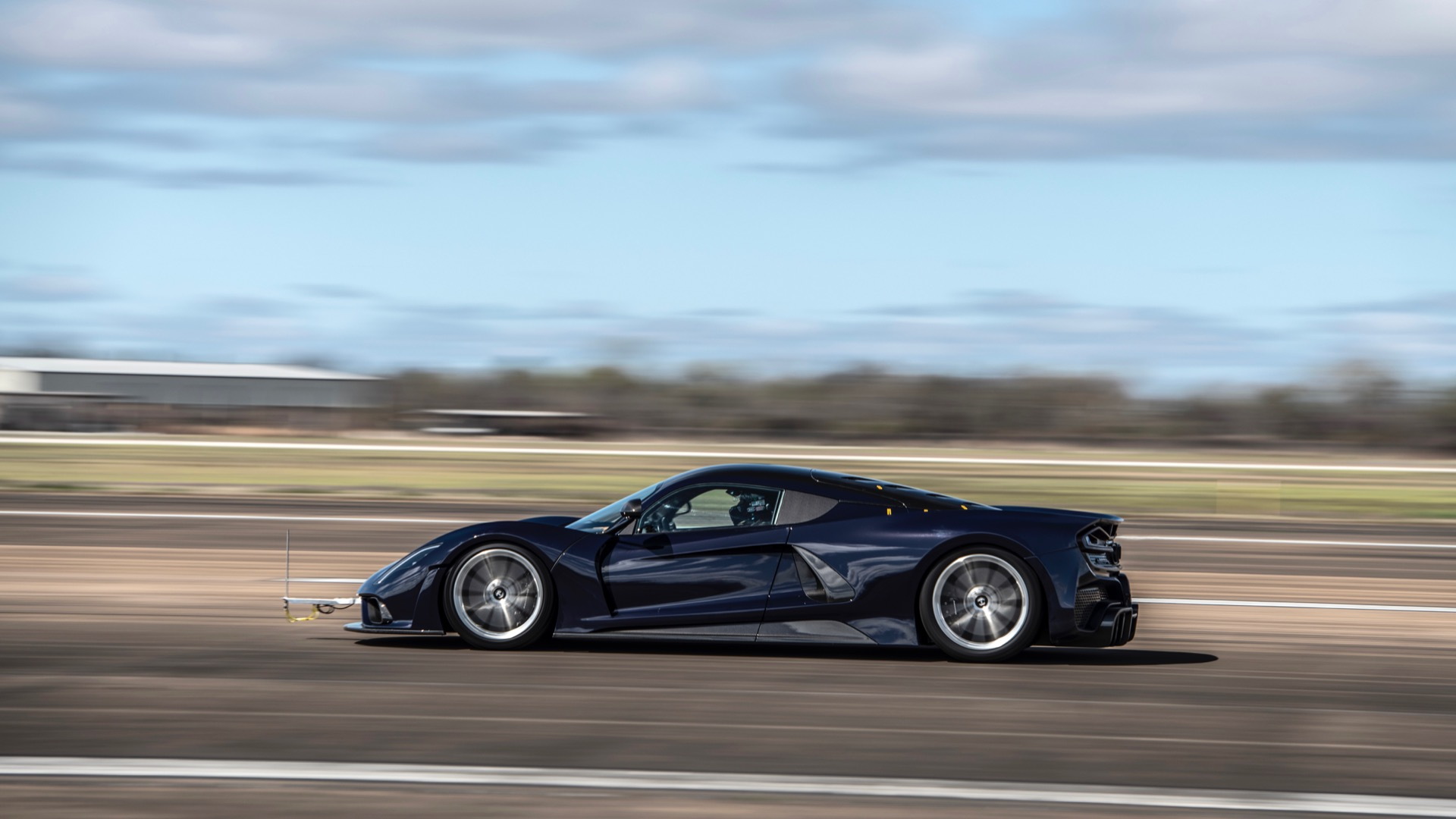 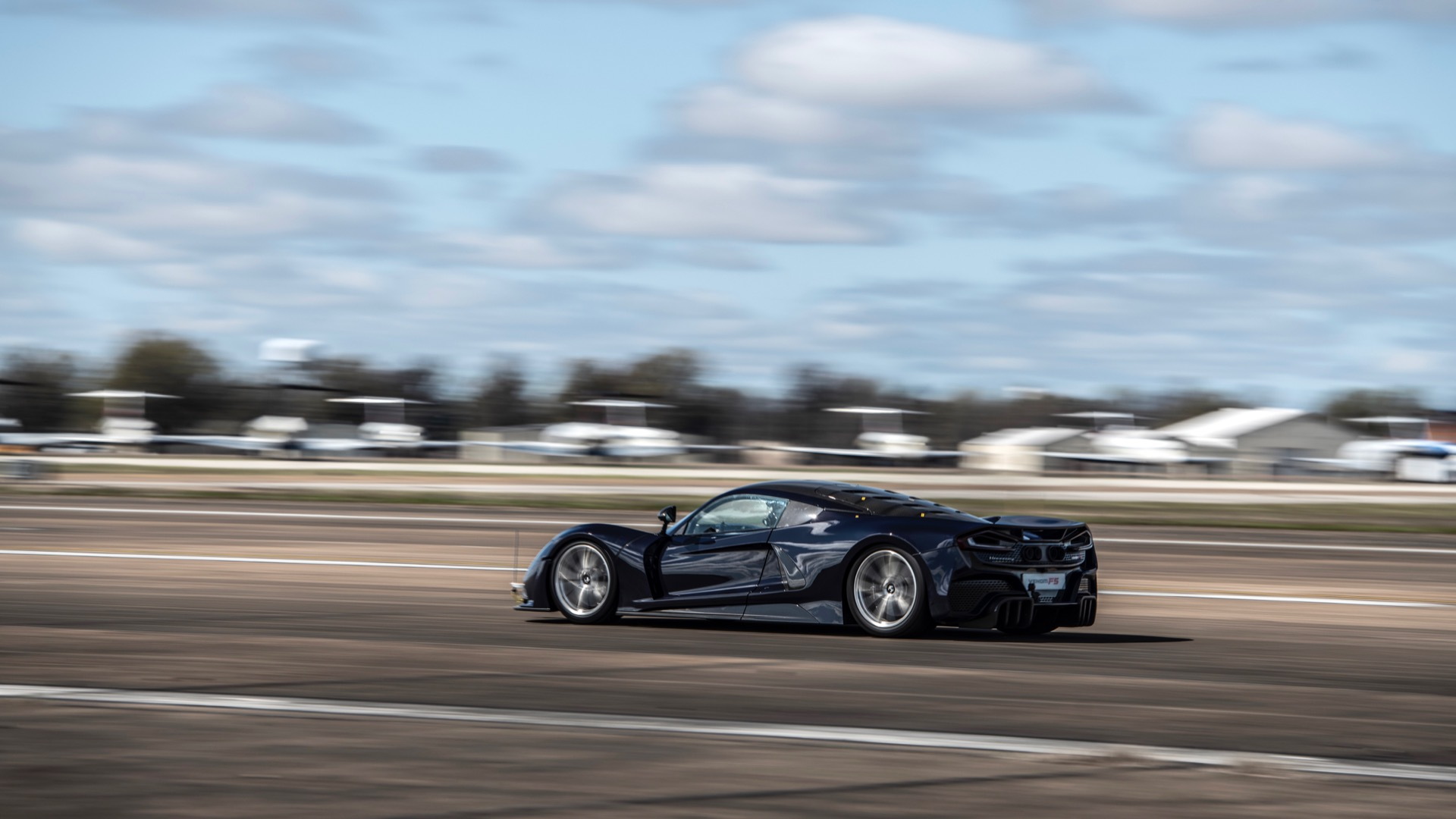 The first of three phases of testing for the Hennessey Venom F5 is complete ahead of the supercar's planned public debut at the Amelia Island Concours d'Elegance in May. Hennessey announced Tuesday that a test car hit 200 mph during aerodynamics testing.

That speed—achieved on a 2.2-mile runway at a former United States Air Force base in Arkansas—is about two thirds of the Venom's claimed 311 mph top speed, but this test wasn't about breaking records. The team, headed by chief engineer John Heinricy, were focusing on mid-speed refinement and coast-down behavior, a Hennessey press release said. Heinricy spent many years at General Motors, including as assistant chief engineer for the Corvette.

The Venom F5's 6.6-liter twin-turbo V-8 was also restricted to 900 hp, only about half its target output of 1,817 hp. With the taps fully opened, Hennessey claims the V-8 will also produce 1,193 lb-ft of torque, and rev to 8,500 rpm (although it's restricted to 8,200 rpm outside a special F5 mode). Power is handled by a CIMA 7-speed single-clutch automated manual transmission.

In addition to the unused Air Force base, the testing program has included stops at Hennessey's own Sealy, Texas, site and England's Silverstone circuit, where the first of 24 Venom F5 supercars was built. The next phase of development will include road testing and more track time to refine the car's agility, poise and driver feedback. Testing sessions will take place at Laguna Seca and Circuit of the Americas (COTA), according to Hennessey. There is no word yet on the focus of the third phase of testing.

As with the Venom GT, though, Hennessey is looking to break the production-car land-speed record, this time by blowing past 300 mph. The company previously said it was considering a top-speed run on a closed section of Texas highway in 2021, using a customer car.

Hennessey said last December that 12 of the 24 build slots were taken, with eight going to customers in the U.S. Those buyers will have to register their cars under the "Show or Display" rule, just like the McLaren Speedtail.

Pricing has climbed since the Venom F5 styling buck was unveiled in 2017. At the time, Hennessey quoted a $1.6 million price tag, but that rose to $1.8 million for anyone who hadn't locked in an order by January 2020. It's now $2.1 million for the remaining build slots.