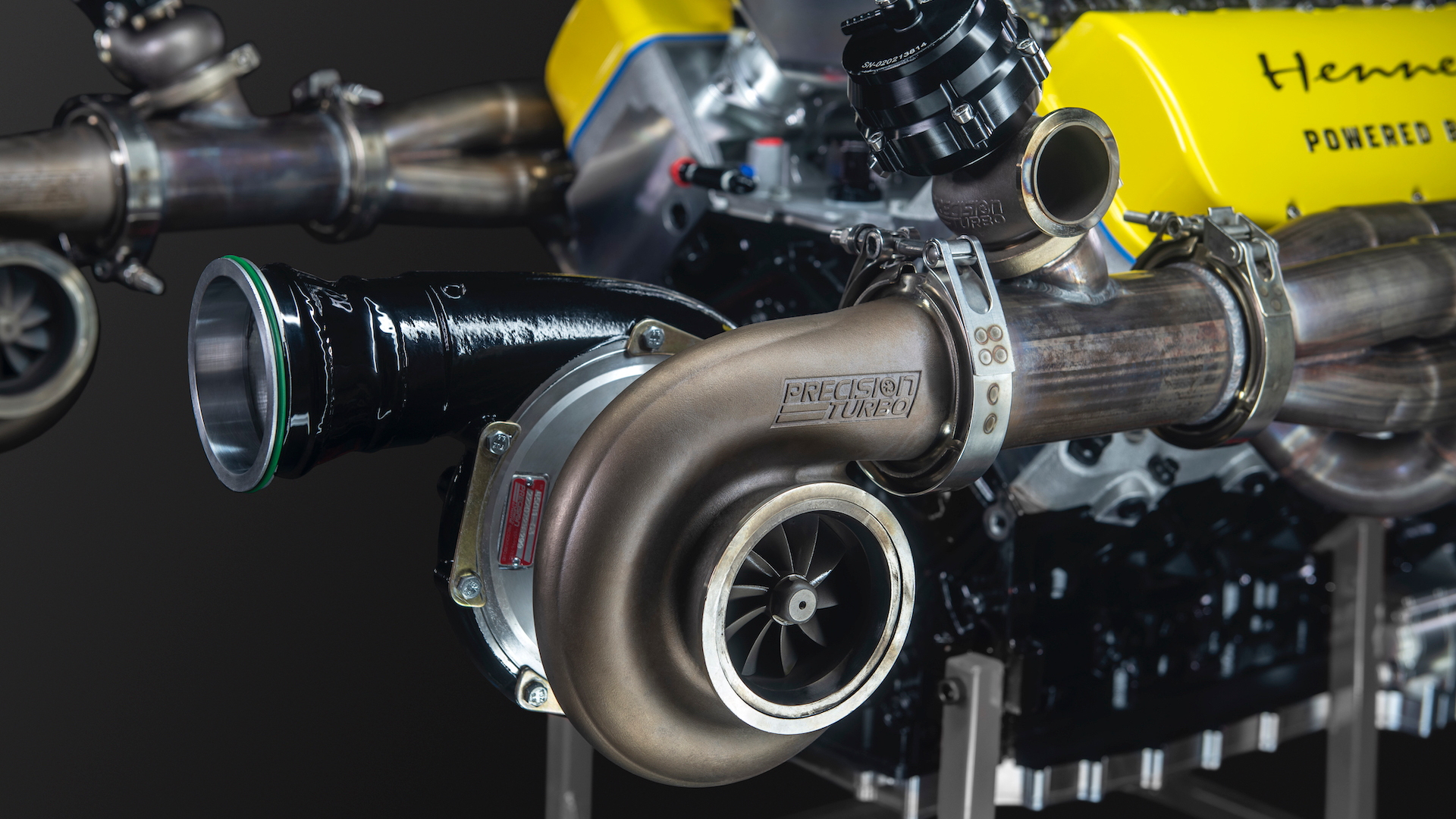 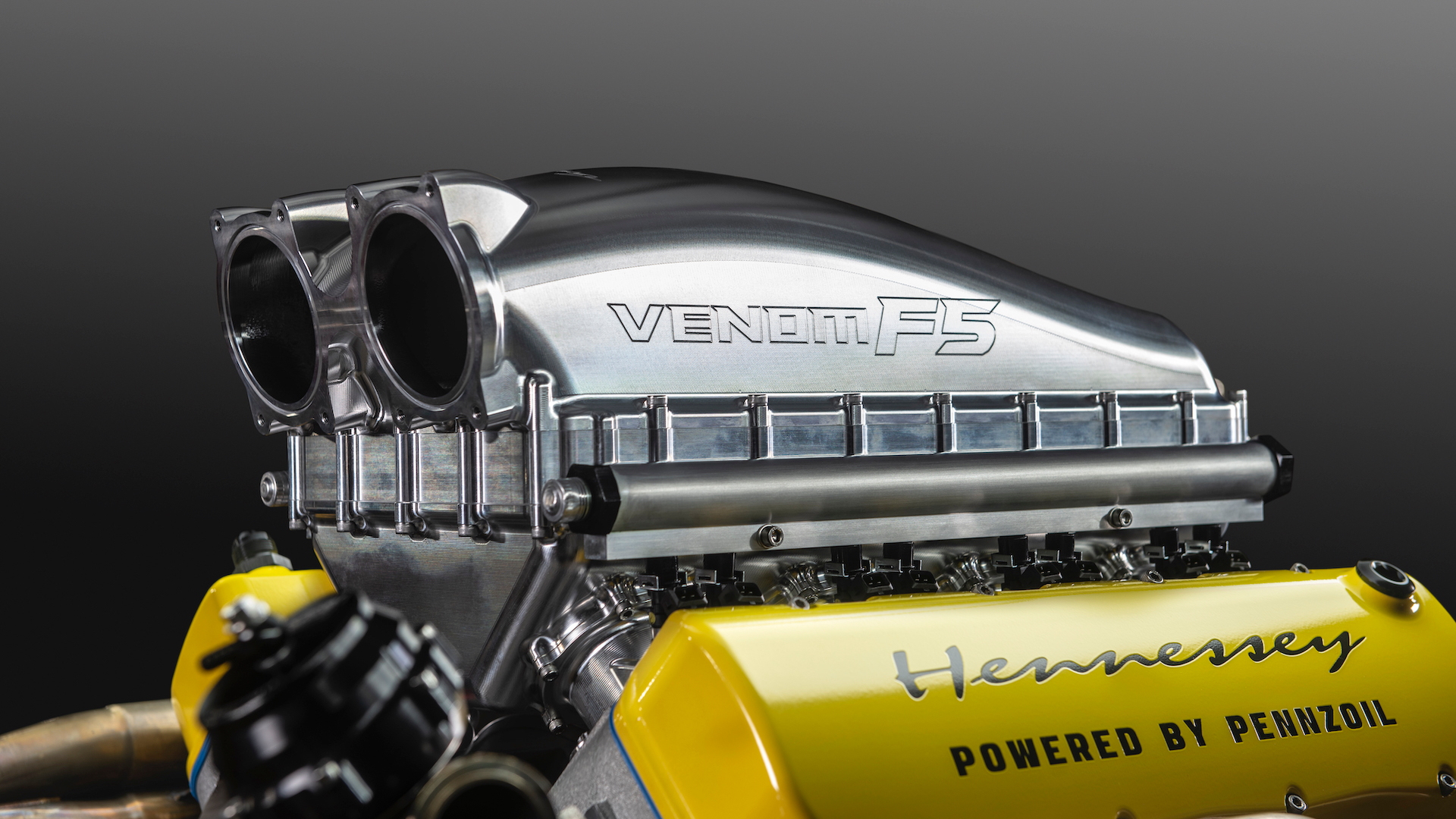 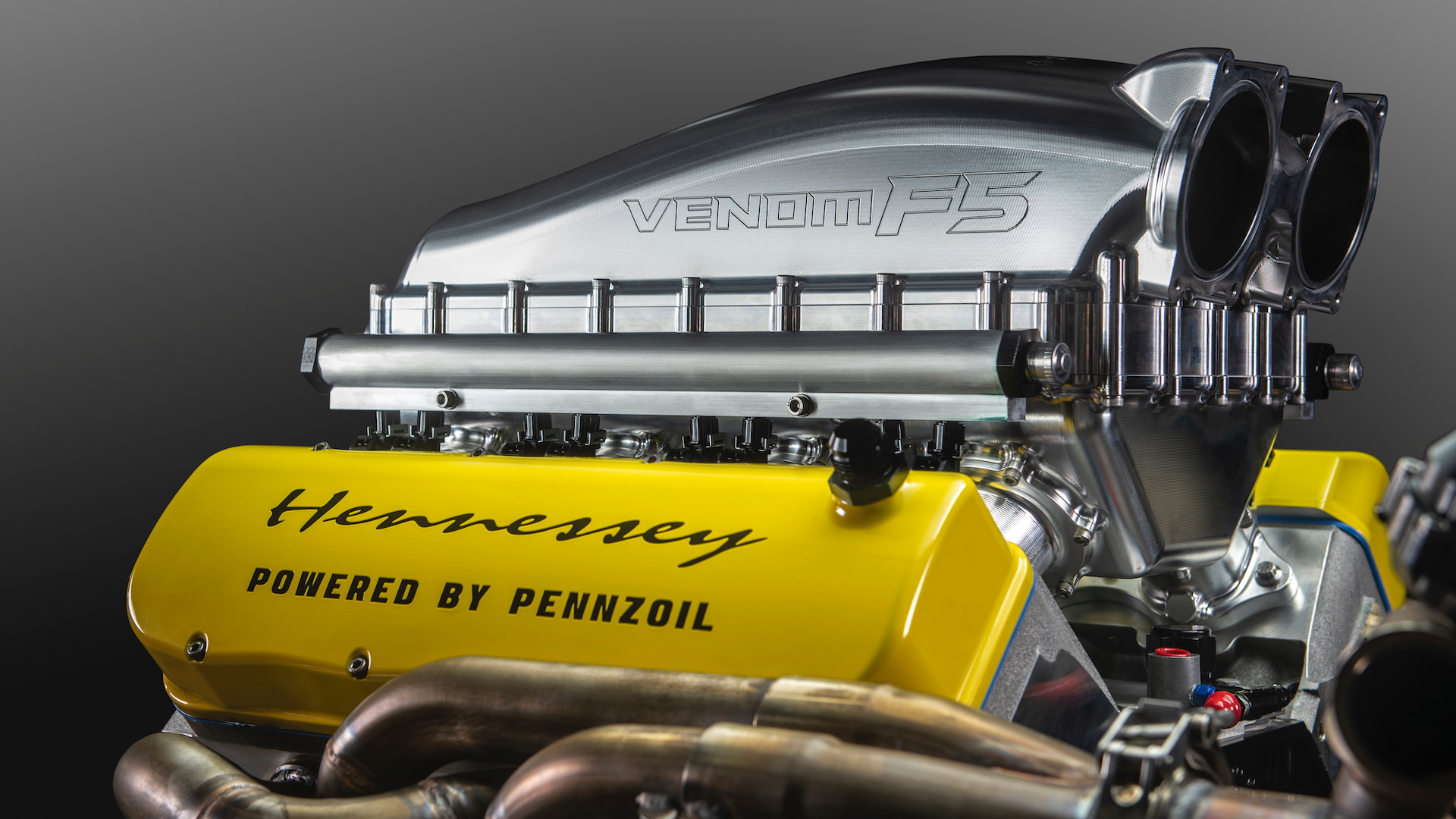 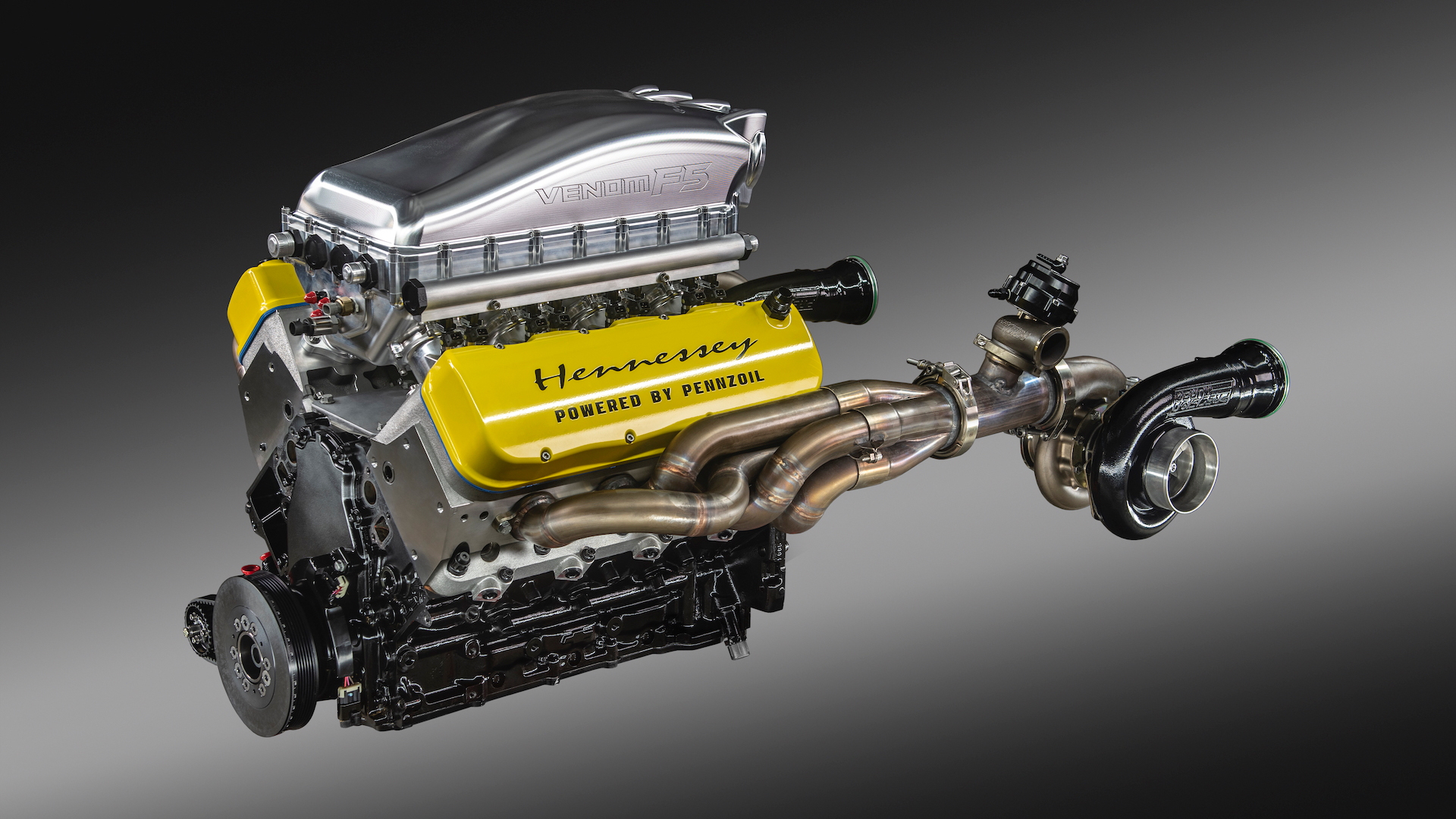 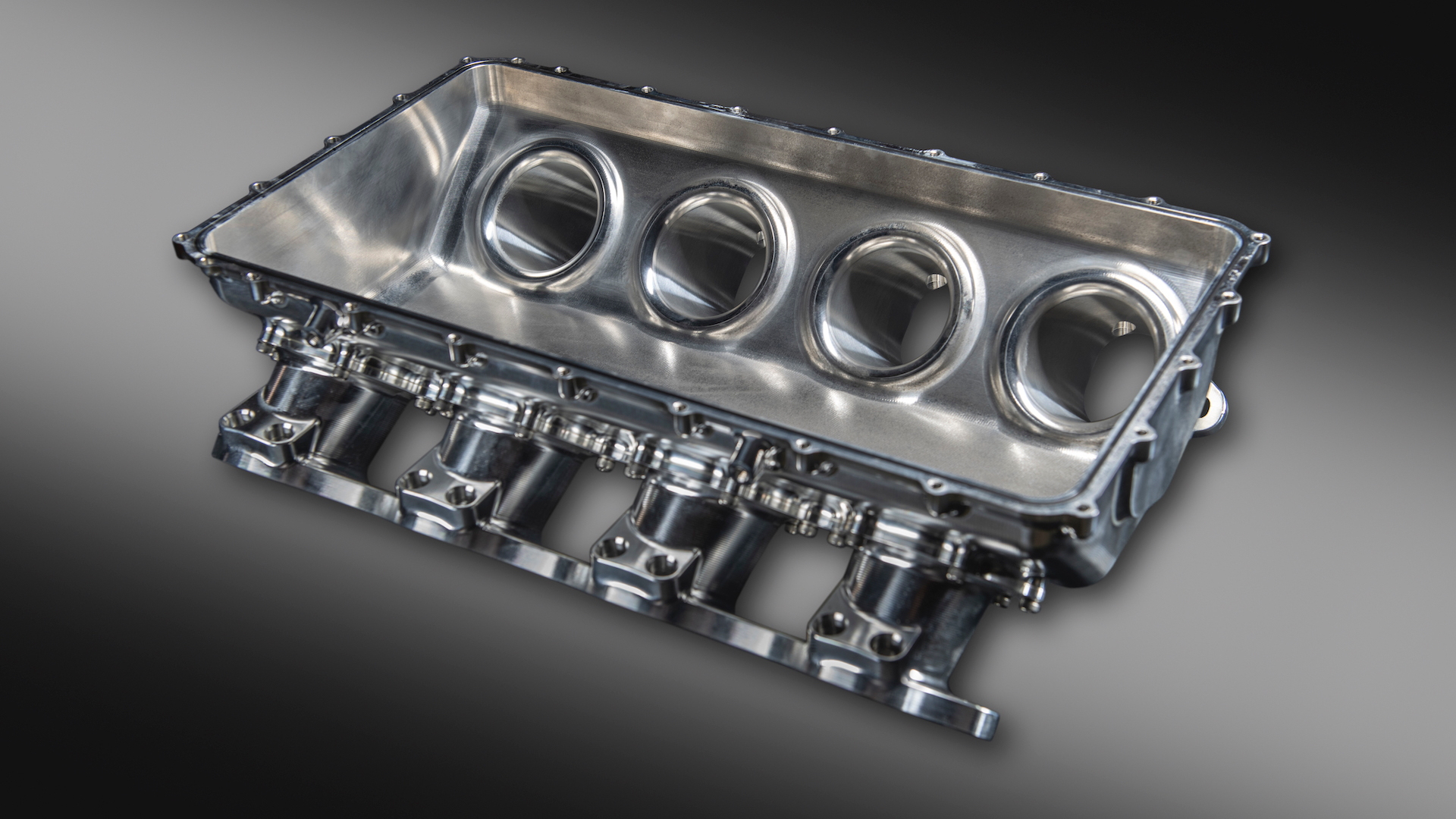 Hennessey Performance announced Tuesday that the "Fury" V-8 that will power its forthcoming F5 supercar produces a whopping 1,817 horsepower and 1,193 pound-feet of torque.

This screaming, 6.6-liter, twin-turbocharged V-8 makes its peak power at 8,000 rpm, and makes more than 1,000 pound-feet of torque across a 6,000-rpm range, making the engine more than just a peaky, one-note powerplant. It tops out at 1,193 lb-ft of torque. The engine's flexibility should make the F5 a force to be reckoned with.

The build sheet for the engine alone is exhaustive. It features a custom forged steel block, forged pistons with billet steel rods, a billet steel crankshaft, and high-flow aluminum heads with titanium intake valves and Inconel exhaust valves. It runs at a 10.0:1 compression ratio. The air-to-water intercooler is integrated into the billet aluminum intake manifold for maximum cooling of the charge air immediately before entering the cylinders.

"We exceeded our target horsepower number. Actually, we blew our target number out of the water by delivering over 1,800 horsepower," said company founder and CEO, John Hennessey, in Tuesday's Fury announcement.

For extra on-track durability, the Fury also boasts a multi-stage dry-sump oiling system, which will keep its components lubricated even under extreme g-forces. Hennessey has its sights set on making the F5 the fastest production car in the world, but it's clear that it also intends to build something capable of going toe-to-toe with the best track-ready hypercars the big names have to offer.

"This is a very important milestone in the building of our all new Venom F5," said Hennessey. "With over 1800 bhp and a curb weight of less than 3000 pounds, the Venom F5 will offer the best power-to-weight ratio on the market.  We plan to begin testing our first car later this year."

Hennessey has gone all-out in its quest to build the F5 as a world-beater, having expanded its Sealy, Texas, facility with the goal of being able to deliver twice as many cars to customers (1,000 vs. 500) every year starting in 2020. Hennessey said he wanted the F5 Venom to be the first car to exceed 300 mph, but Bugatti has been him to the punch.