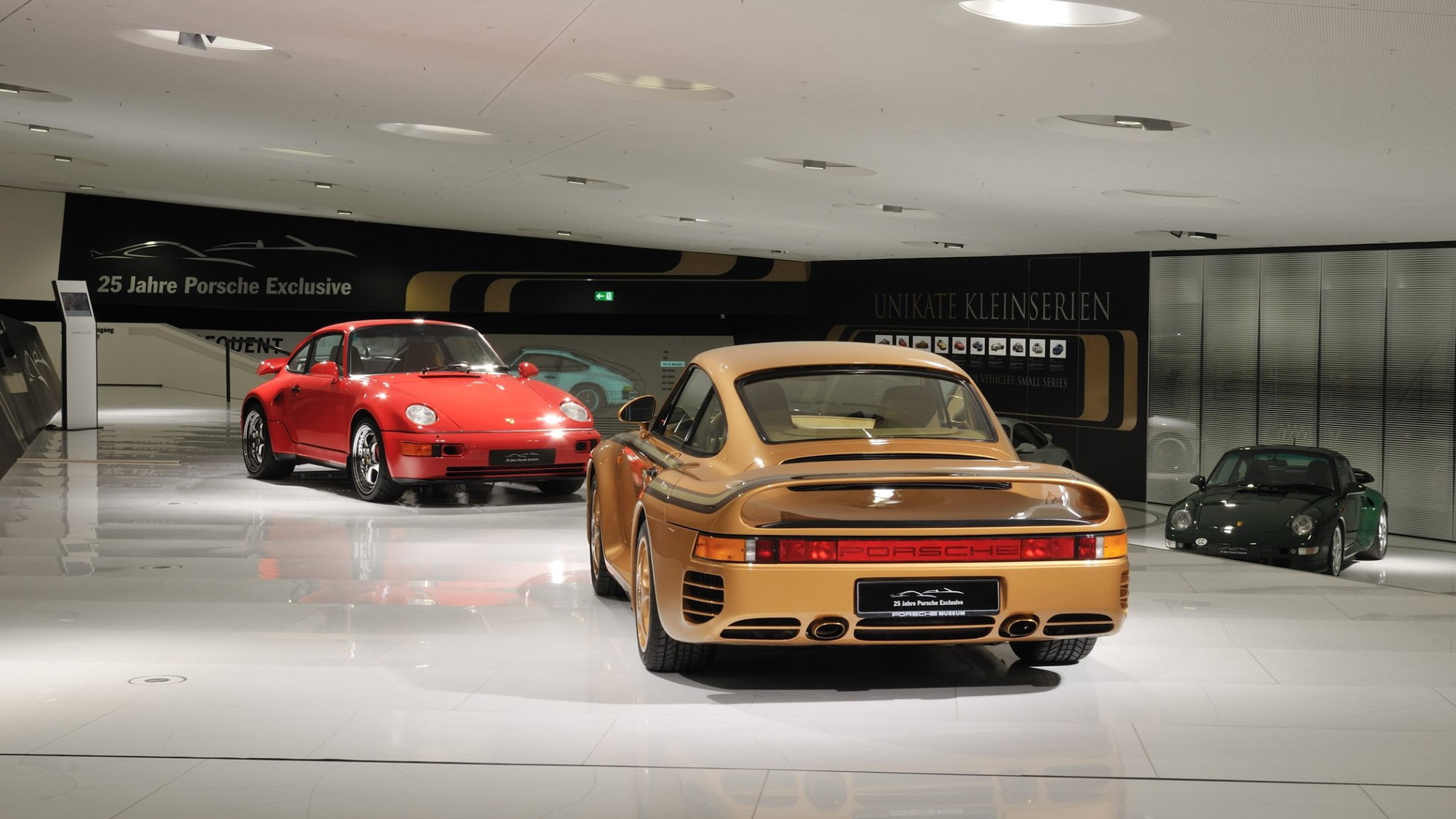 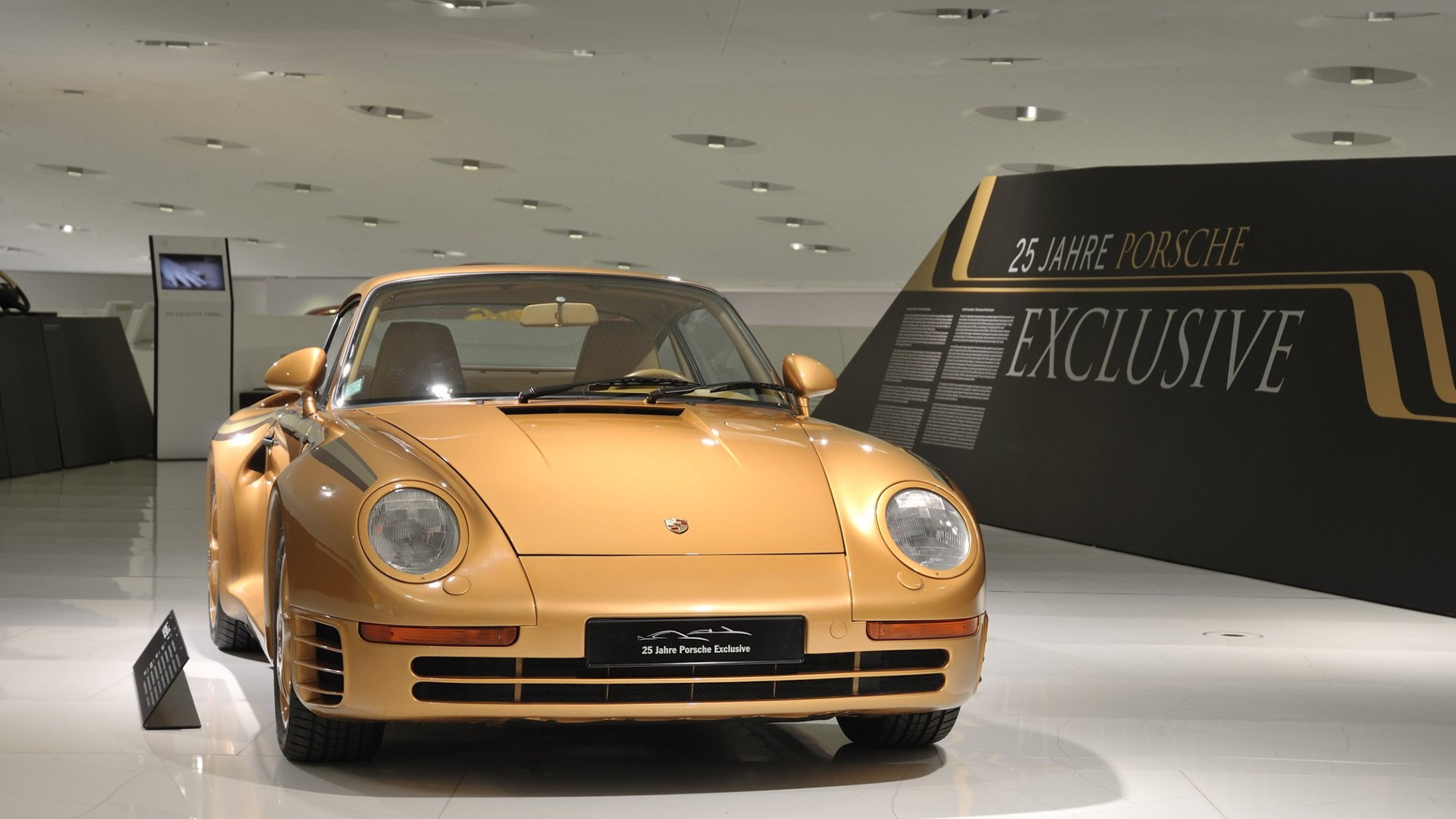 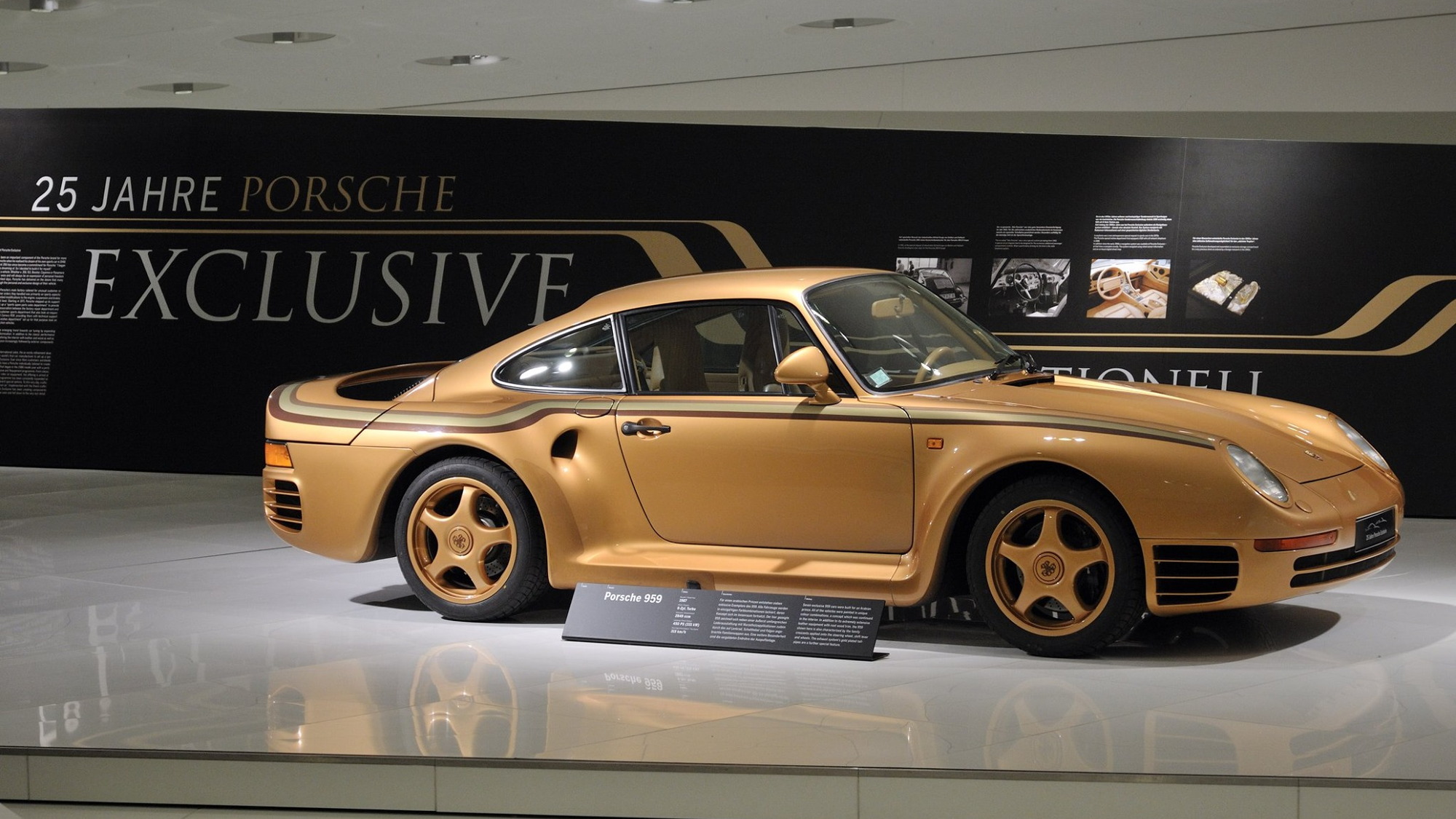 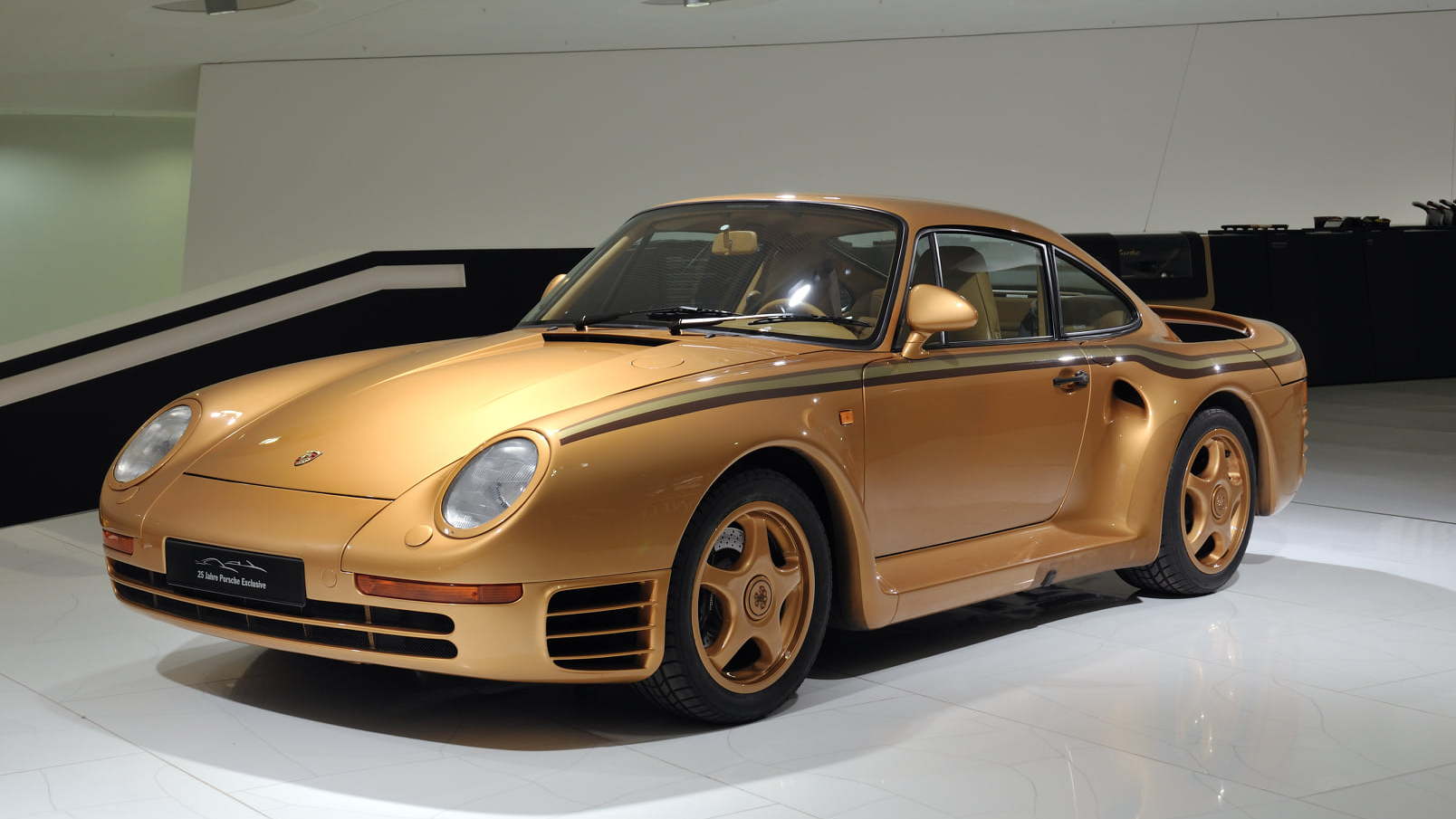 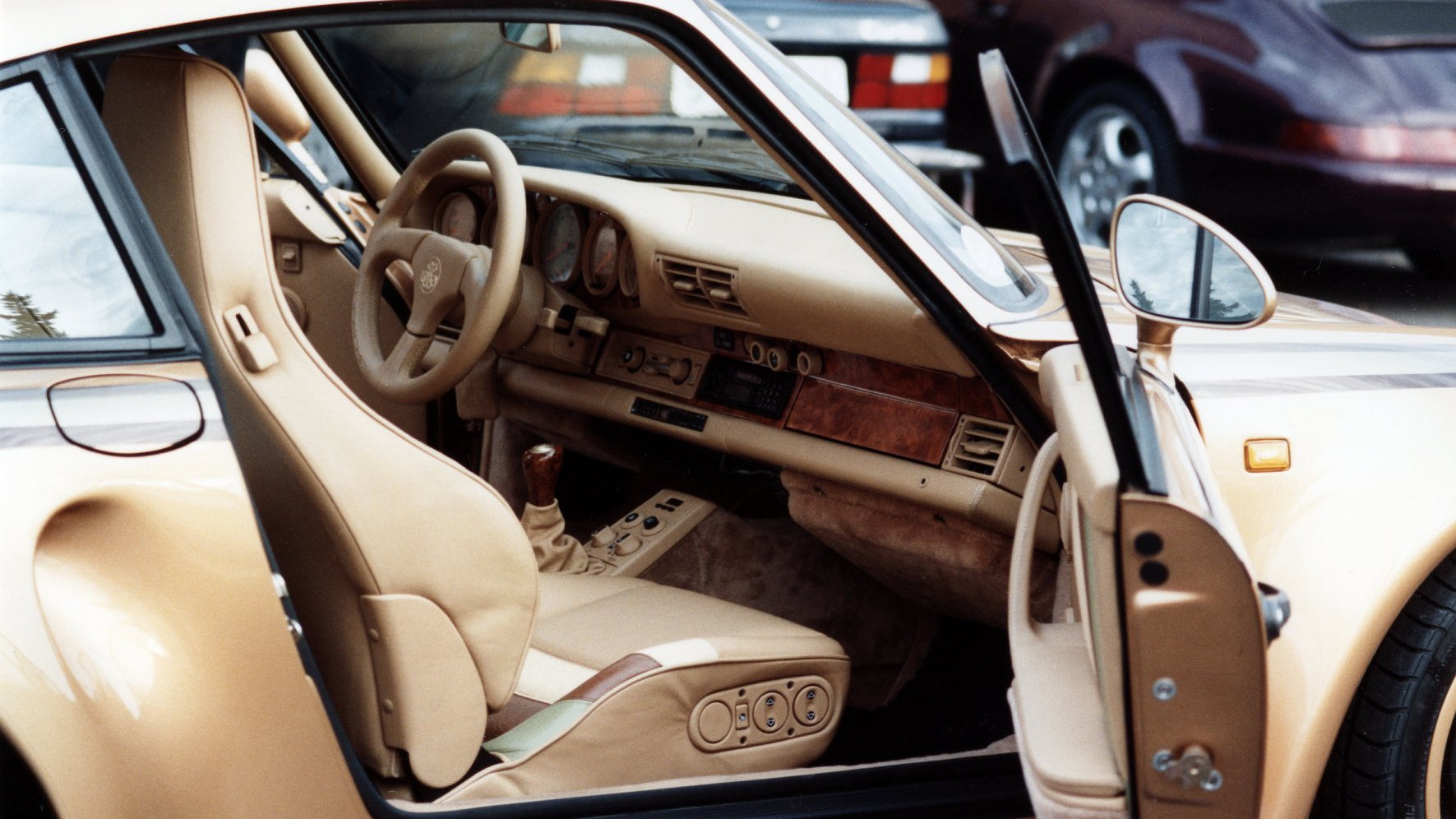 The Porsche museum is showcasing two of seven custom 959s designed for an Arab sheikh in the late 1980s.

Porsche was pushing its Exclusive service hard in the 1980s, and when the sheikh called and asked for seven custom editions of an already-exclusive car, well, Porsche dug in and got to work. Money can do that.

Motor1 spotted these two custom 959s on the Porsche Museum's Facebook page. Finished in red and gold with matching (yeah) interiors, they're monuments to '80s excess, if nothing else.

The red-over-red model is blessedly restrained. While it shows some strange interior choices, including a combination of gold and wood trim, it comes together a bit more cleanly than its stablemate, which is, charitably speaking, a bit more boisterous.

Gold-over-gold is an interesting choice on spec, but this really is quite something. The earth-tone striping on the exterior actually works in a 1970s throwback kind of way, believe it or not, and with enough camera flash, the interior almost looks tan.

If you could separate the two and combine them with something more appropriate, the inside and outside could each pass for something aesthetically coherent. This? Well. It's unique.

What's barely visible in one of these shots is a set of gold-finished exhaust tips. We'd have been OK with the omission, actually. It's best to pretend they're not real.

These two will live in the Porsche Museum as examples of the Exclusive Manufaktur program. They're time capsules, after all. Might as well own it. The gold car arrived at the Museum in 2011 and will be on loan to Porsche for the duration of the exhibit.

Meanwhile, we'll continue to lust after the Paris-Dakar 959 racer that went for almost $6 million at auction last year. If you'll forgive the pun, that one's a bit more our speed.