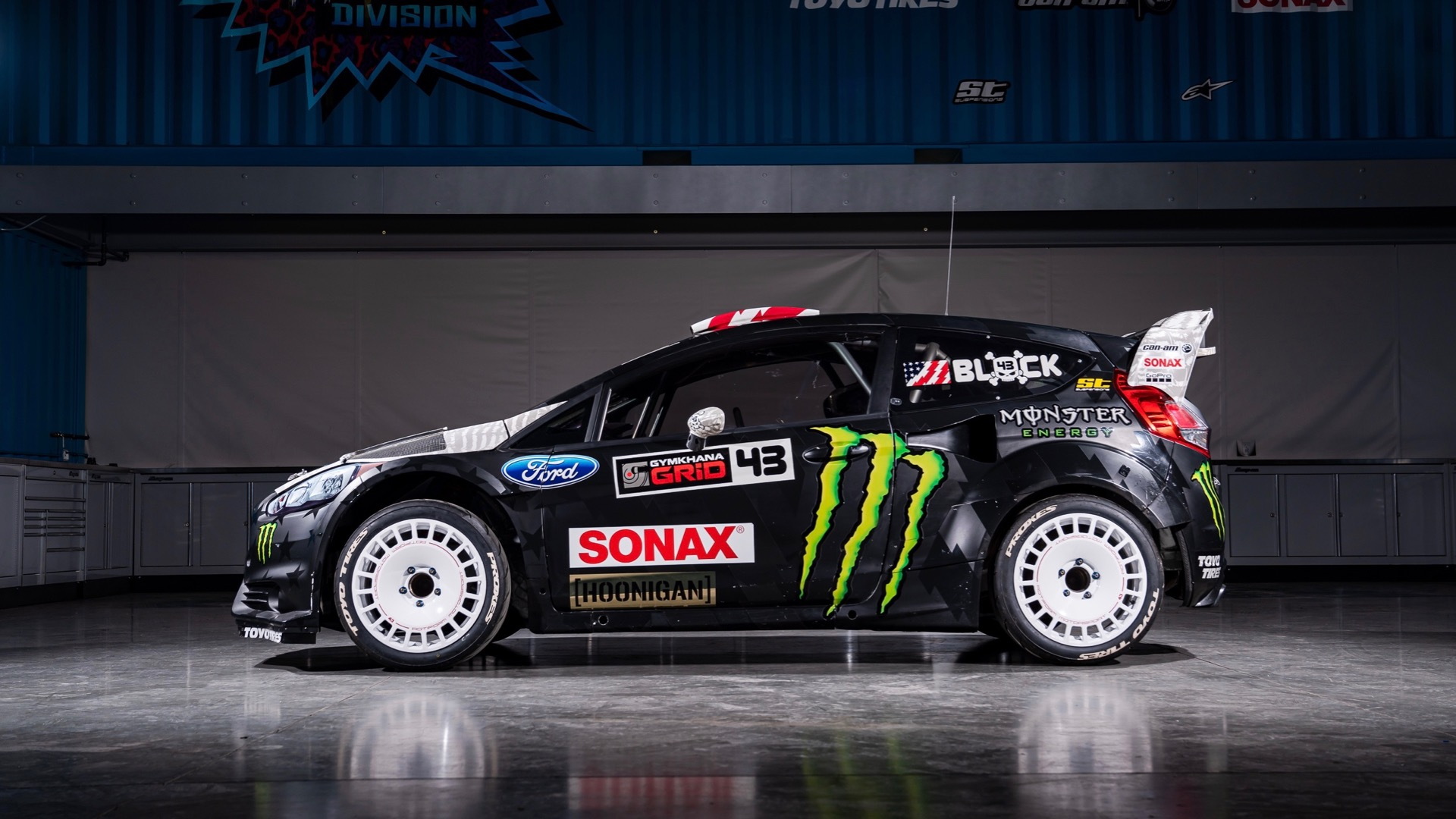 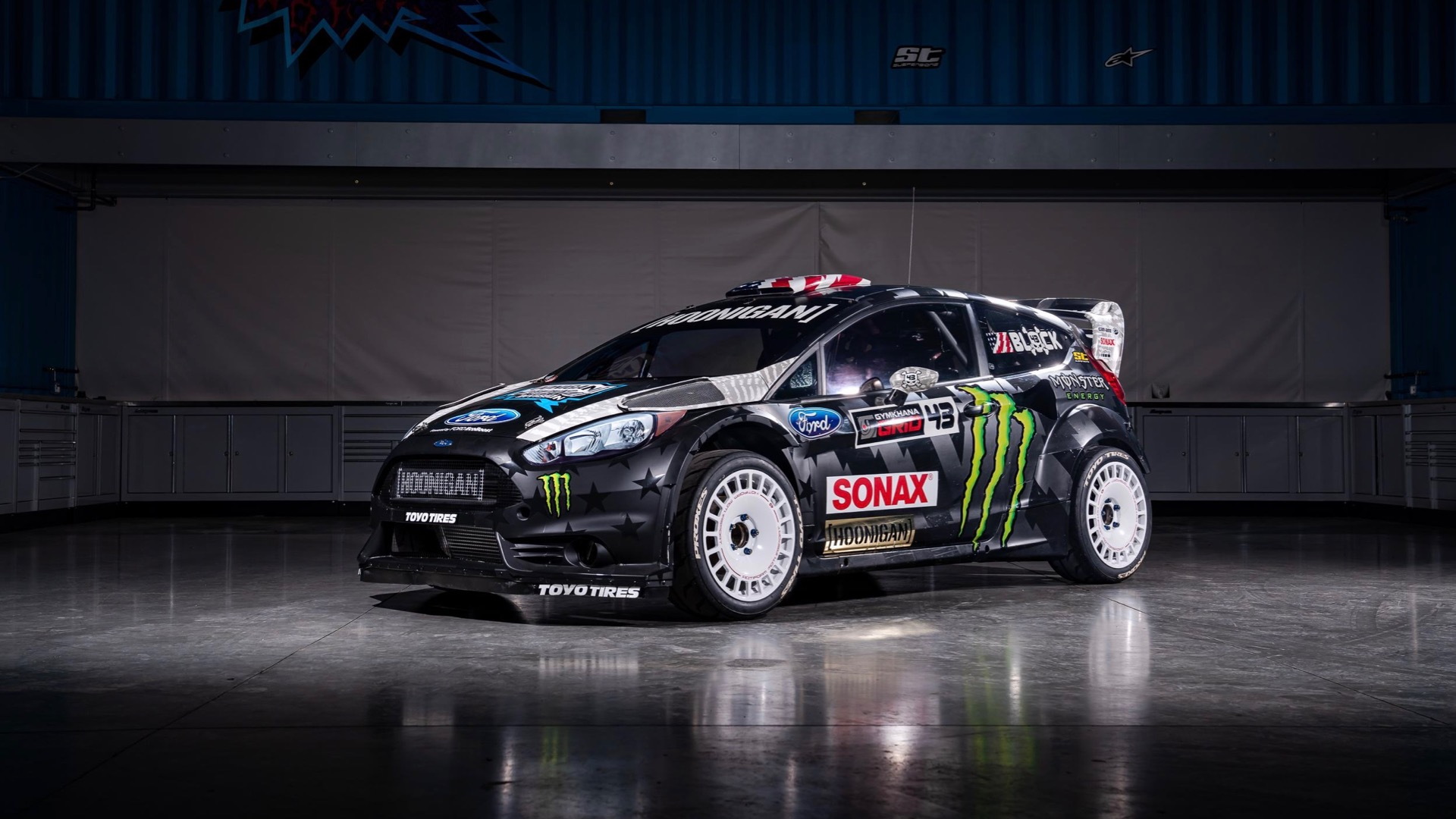 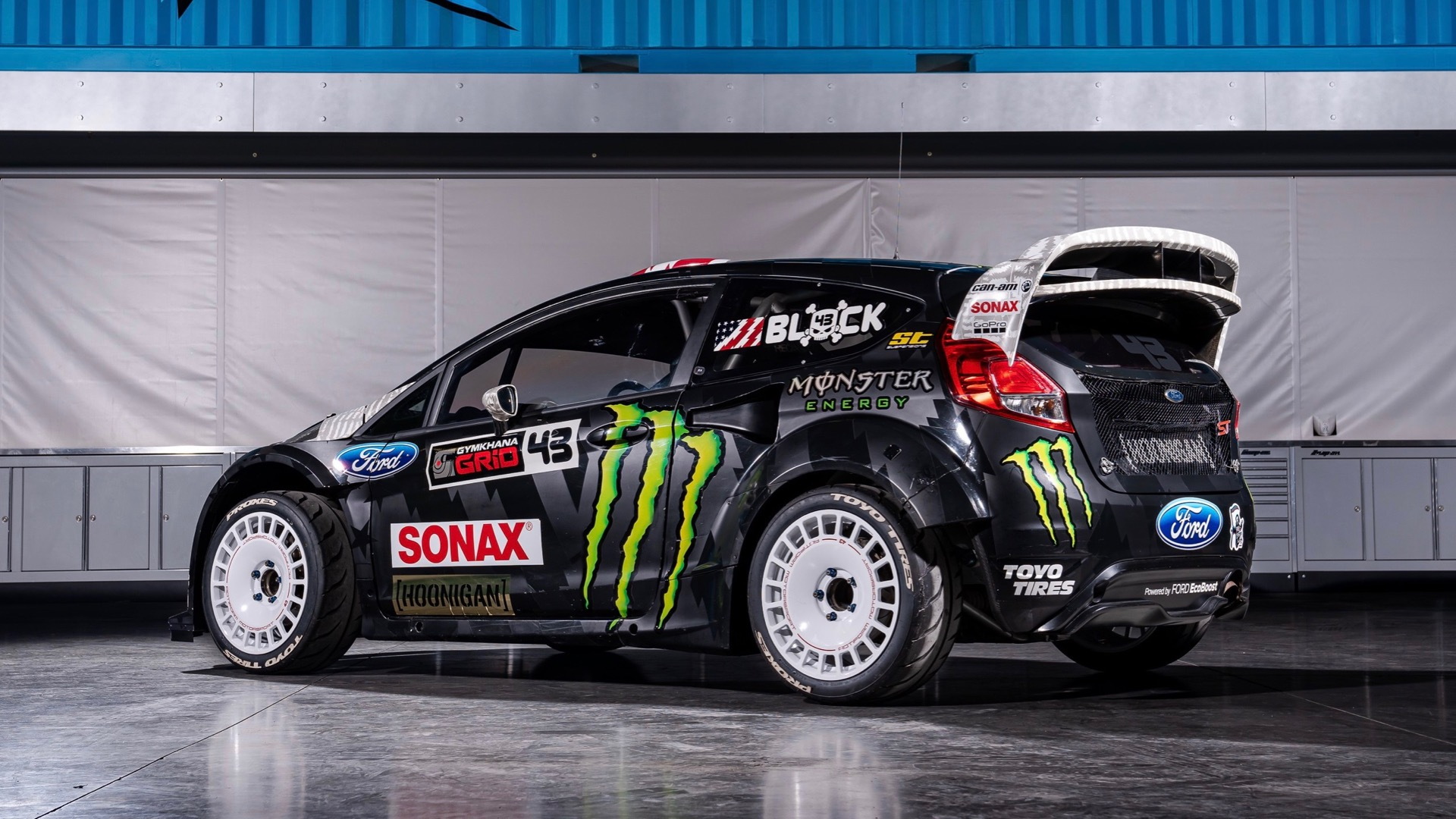 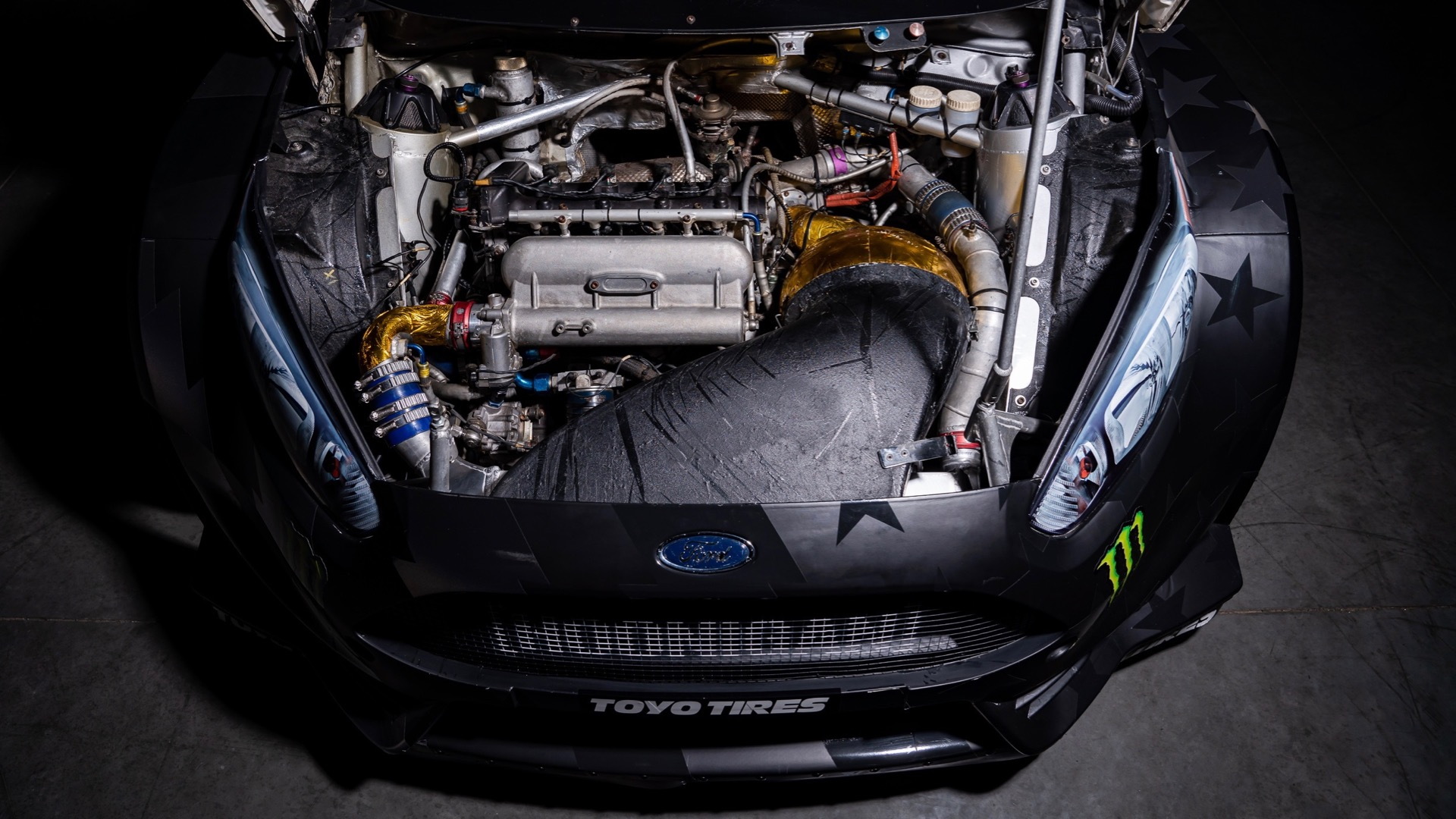 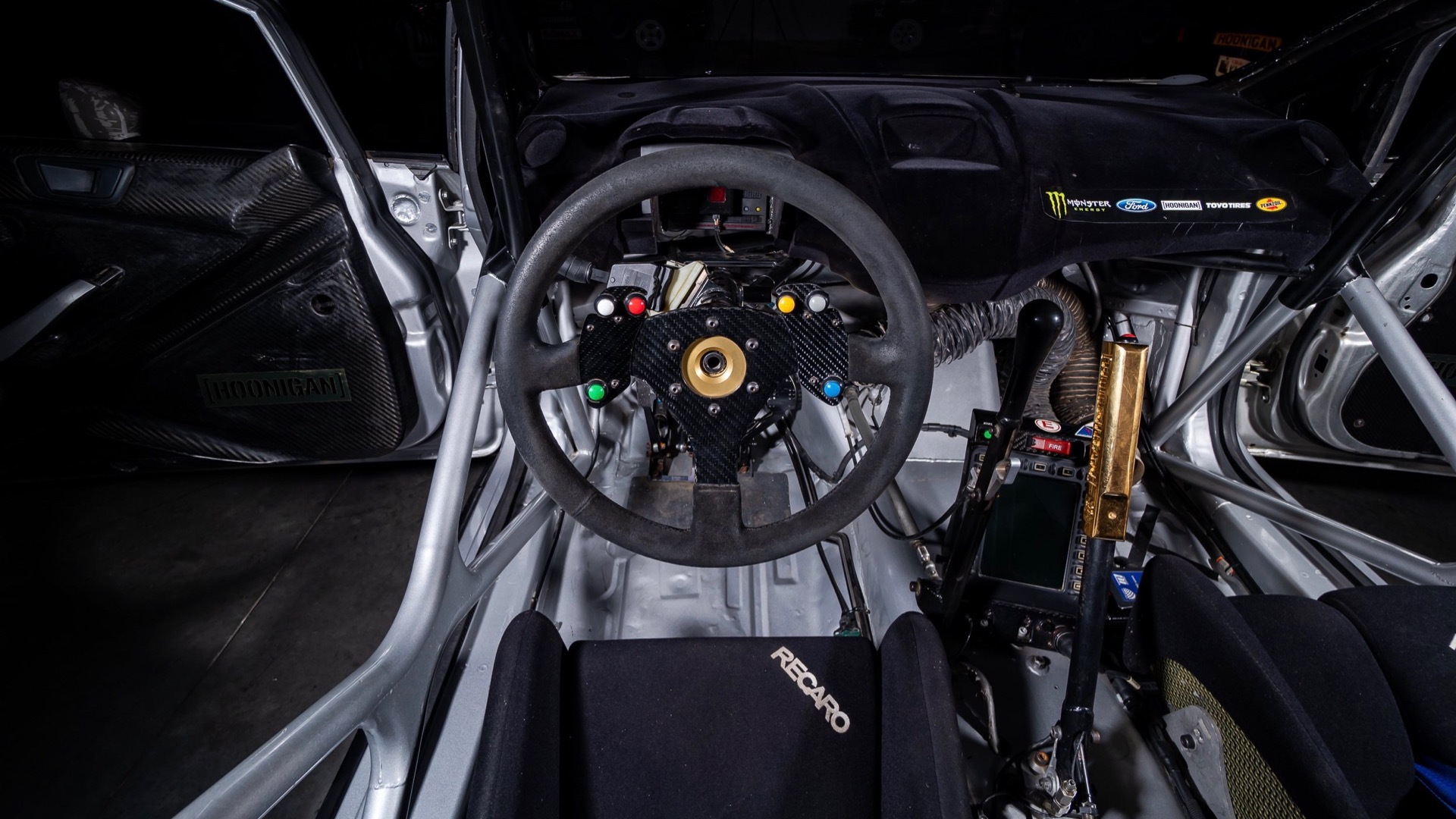 After ending his exclusive partnership with Ford, Ken Block is also parting ways with some of his Blue Oval rides. Block is selling three of the cars used in his Gymkhana video series through broker LBI Limited.

One of those cars is the 2011 Ford Fiesta rally car used in Gymkhana 3, which was Block's first video with Ford after his switch from Subaru. The car started out as a production 2011 Ford Fiesta ST before being heavily modified for racing and YouTube stardom by Swedish firm Olsbergs MSE.

Those modifications included a 2.0-liter turbo-4 engin, in place of the stock 1.6-liter turbo-4. That engine produces 600 hp and 660 lb-ft of torque, which is sent to all four wheels through a paddle-shifted 6-speed sequential gearbox. The Fiesta can do 0-60 mph in about 2.0 seconds, according to the listing.

The Fiesta remained Ford's default rally car for several years, so it's not surprising that Block has more than one in his collection. Alongside the Gymkhana 3 Fiesta, Block is also selling a 2013 Fiesta used in Gymkhana 6, Gymkhana 8, and Terrakhana. This is also the car he raced in the 2013 Global Rallycross Championship, winning at Las Vegas.

Aside from the two-door hatchback body style (which was never available in the U.S.), the 2013 Fiesta is mechanically similar to the earlier version, with some improvements that got the 0-60 mph time below 2.0 seconds, according to the listing.

The third car in the sale is a rare 1986 Ford RS200, a mid-engine homologation special for the legendary Group B era of the World Rally Championship. Just 200 were built to meet homologation requirements, and the car had a very brief competition run. After multiple deadly crashes (including one involving an RS200), Group B was banned after the 1986 season, making the Ford obsolete after just one racing season.

Block is already taking advantage of his free-agent status, showing off a Skoda Fabia R5+ rally car last month. But he may not be done with Ford as he discussed a Fox-body Mustang project. Either way, he'll soon have three spaces in his garage to fill.