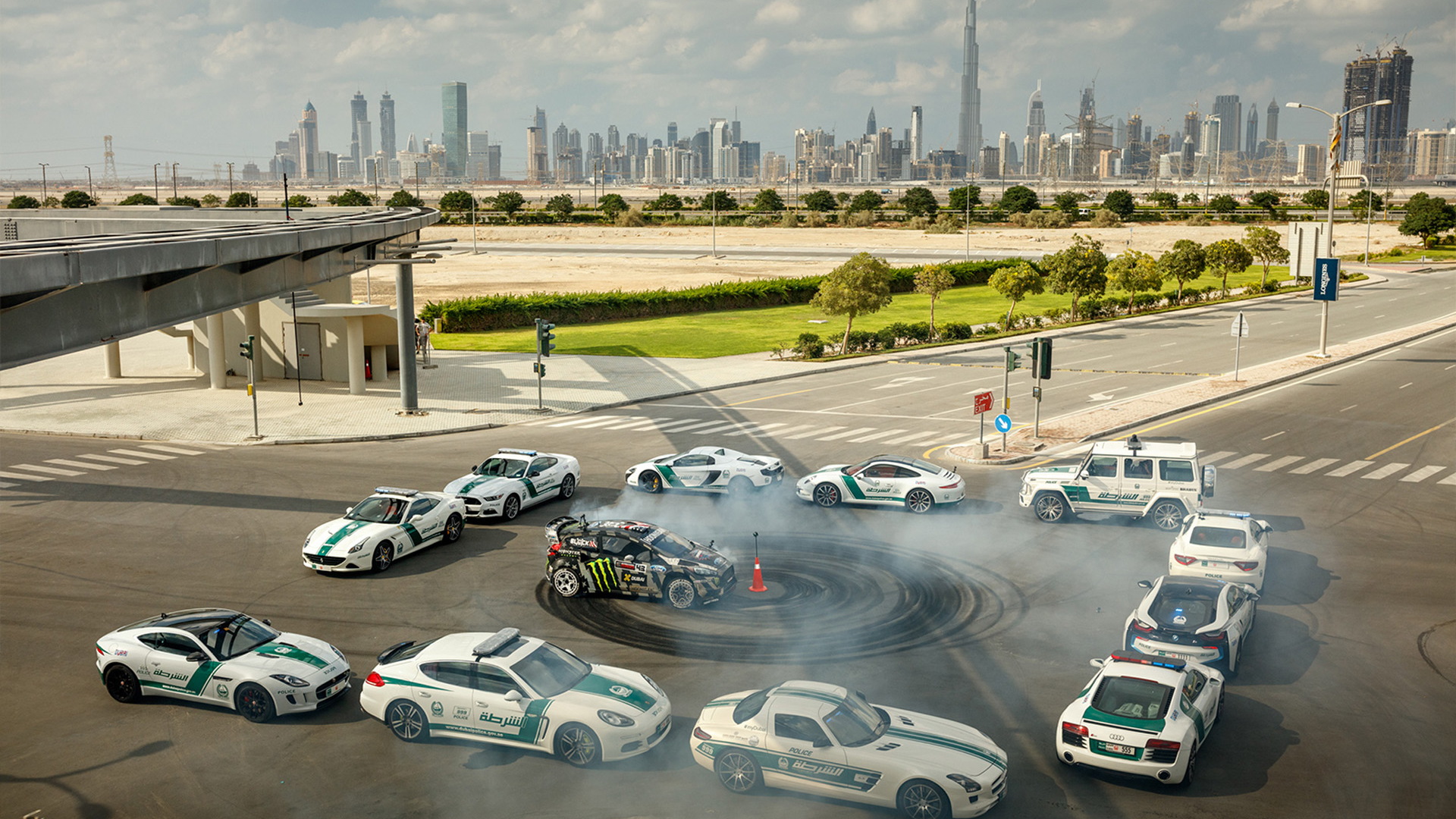 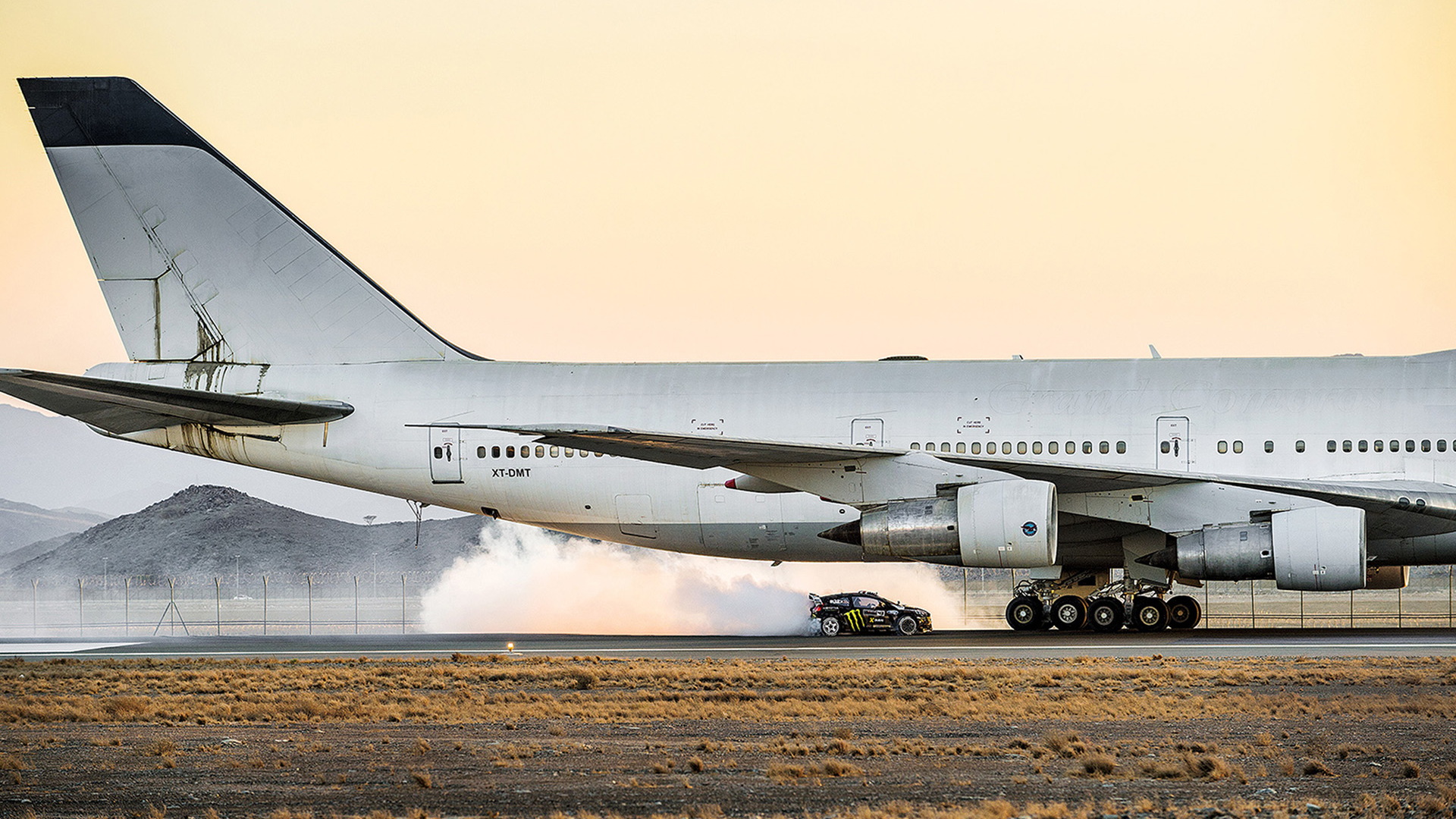 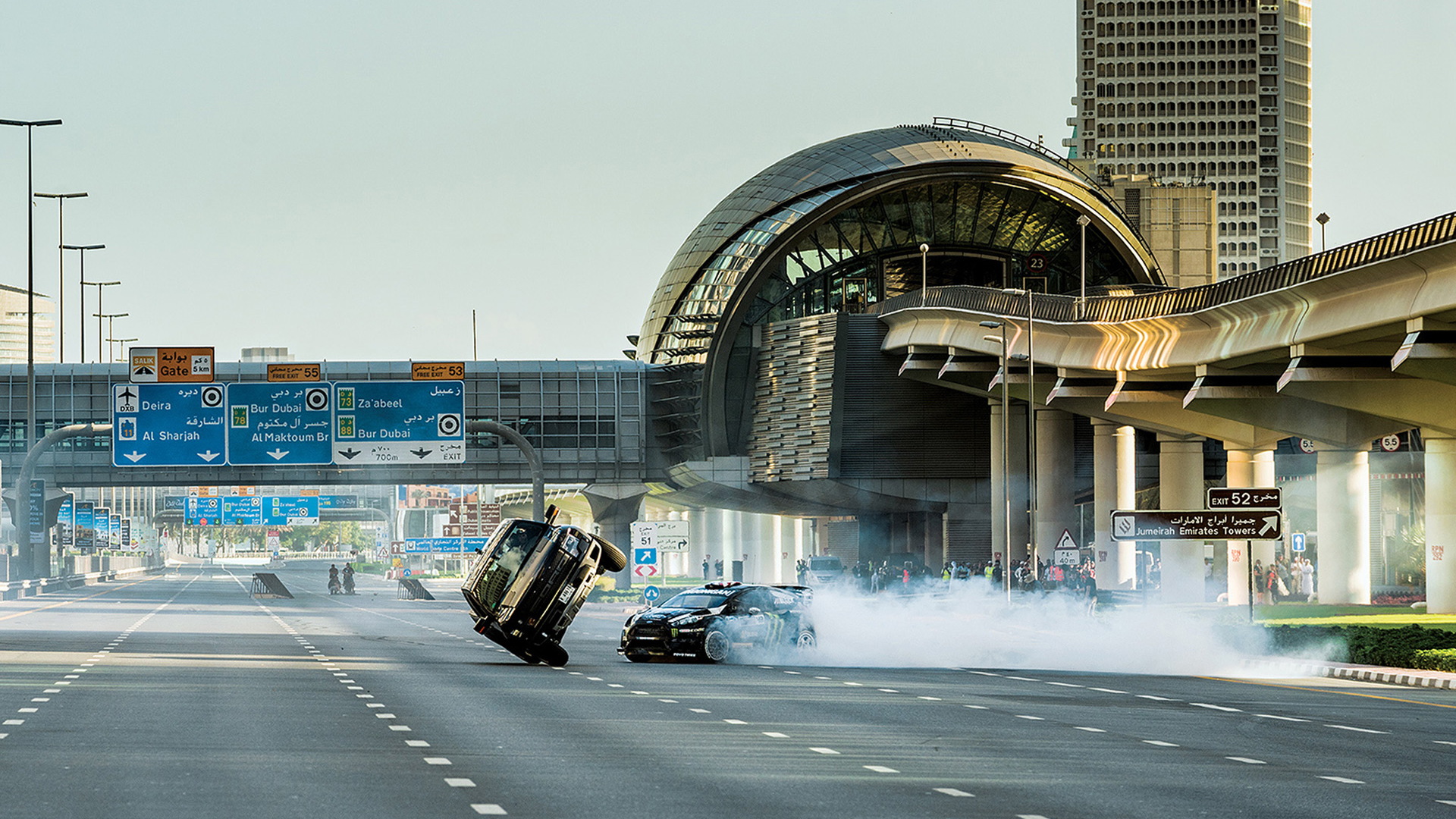 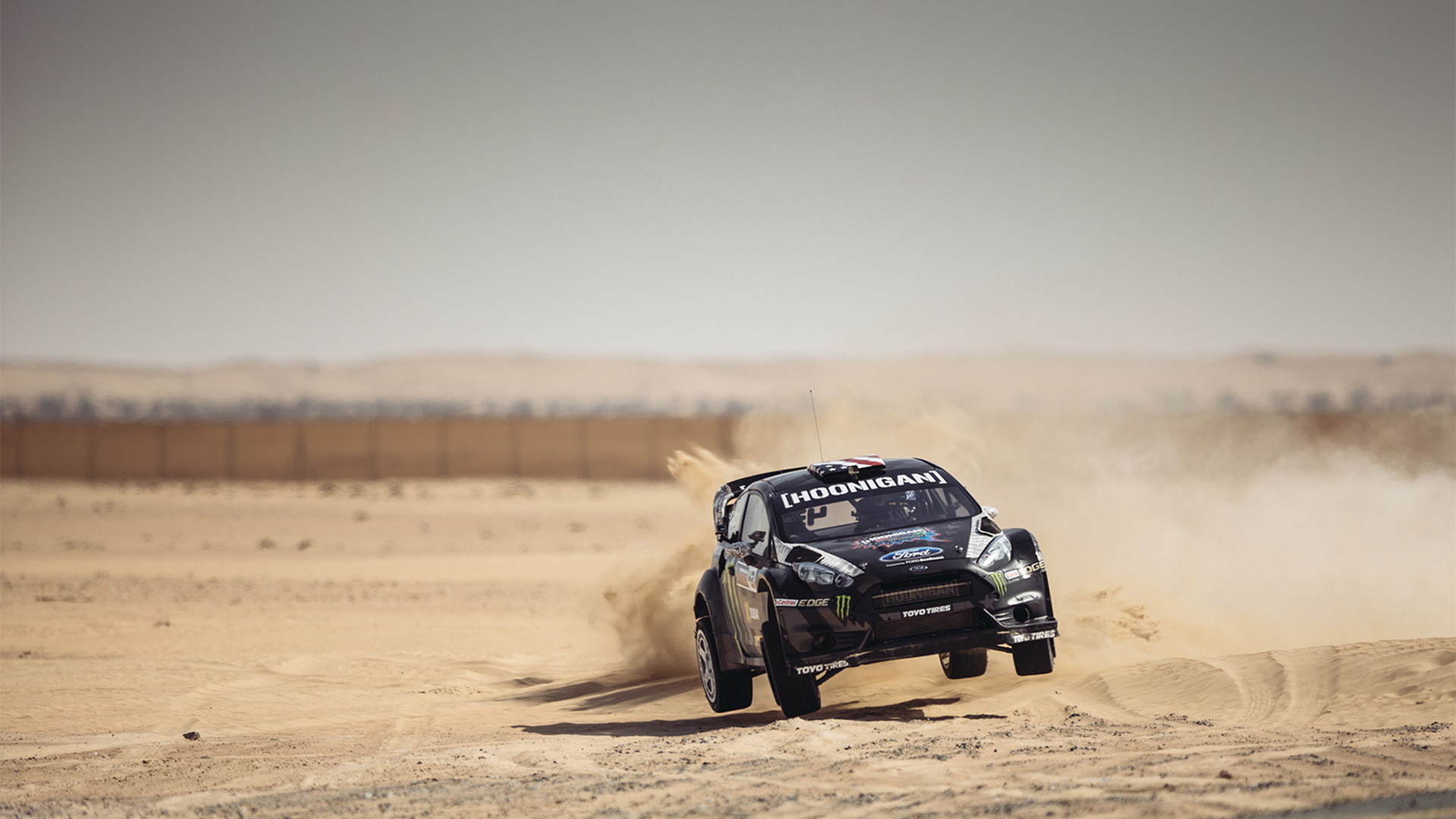 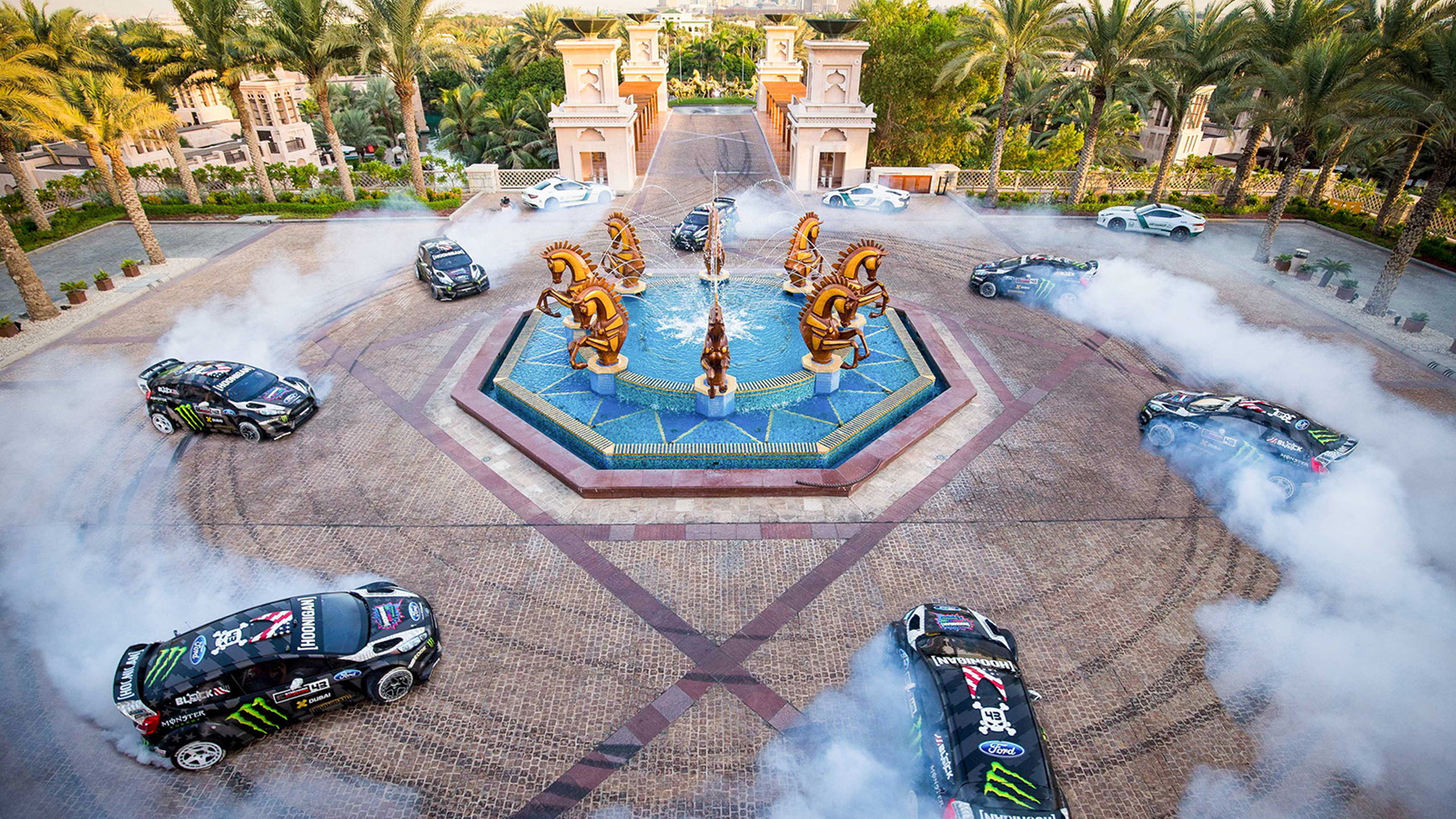 It was about time that Dubai, the ultimate land of excess, hosted wild rally driver Ken Block's Gymkhana. After all, what high performance motorsports pushes the limits more?

The nine minutes of video you see here, shot in beautiful high definition, really sets the bar high. Beginning in the stark desert, Block zips his Ford Motor Company [NYSE:F] Fiesta ST rally car through sand dunes and then through the sites of Dubai, the fast-growing metropolis that sprung out of the Arabian desert just decades ago.

Celebrity appearances—at least those of the vehicular variety—are numerous. We can't decide if we like the Ford Raptor driving on two wheels, the lineup of exotic police cars, or the moving Boeing 747 the most.

It's a bit flashier, to say the least, than last year when Block strapped himself into a Ford Focus RS (at the company's Cologne, Germany, assembly plant) for a little hooning.

The series might be eight episodes old now, but this latest trip to Dubai proves it's as entertaining as ever. We're eager to see Ford Racing and Hoonigan put out their next Gymkhana as there's a special preview of Block's next ride, a Ford Focus RS RX, toward the end of the video.