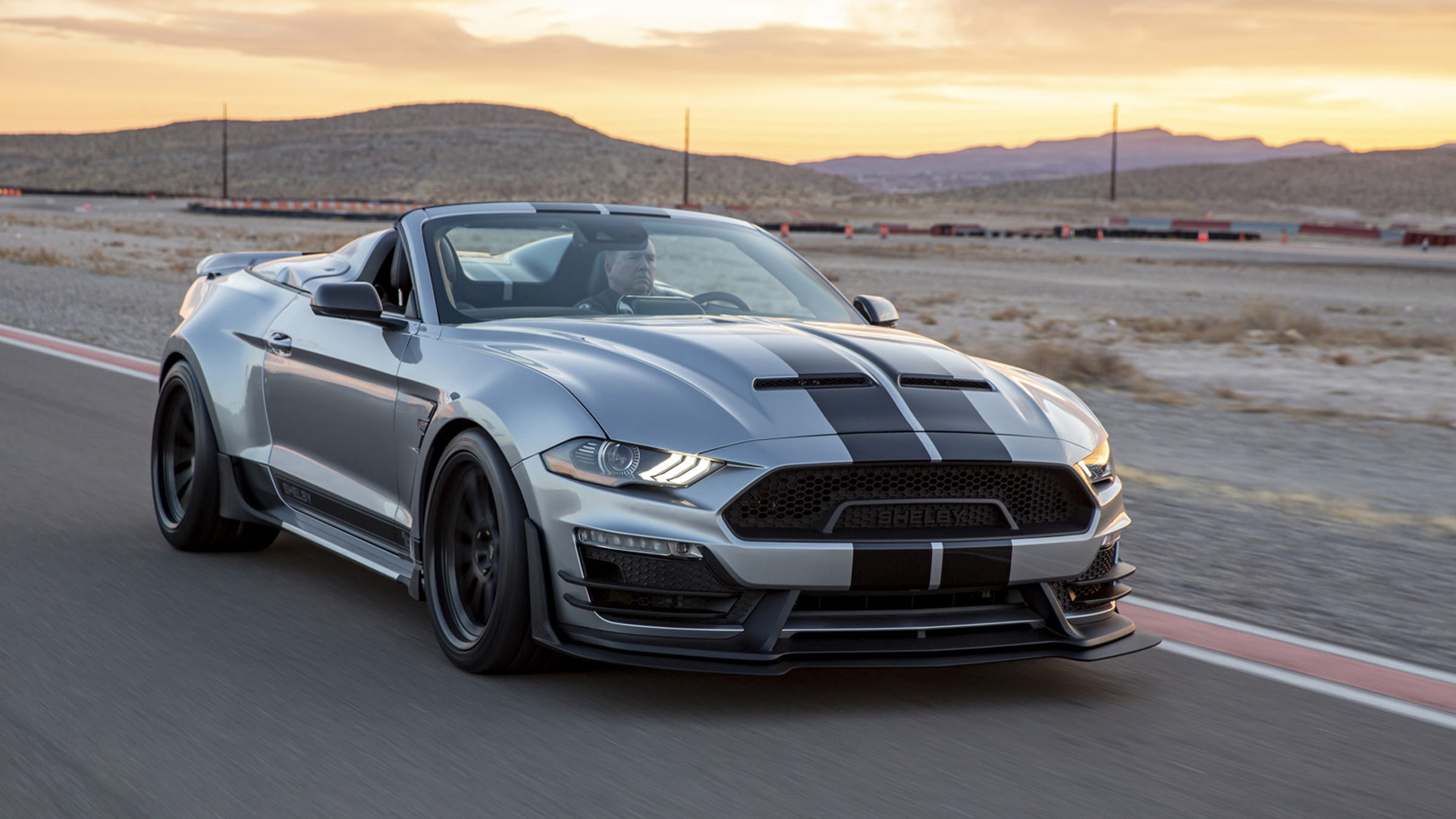 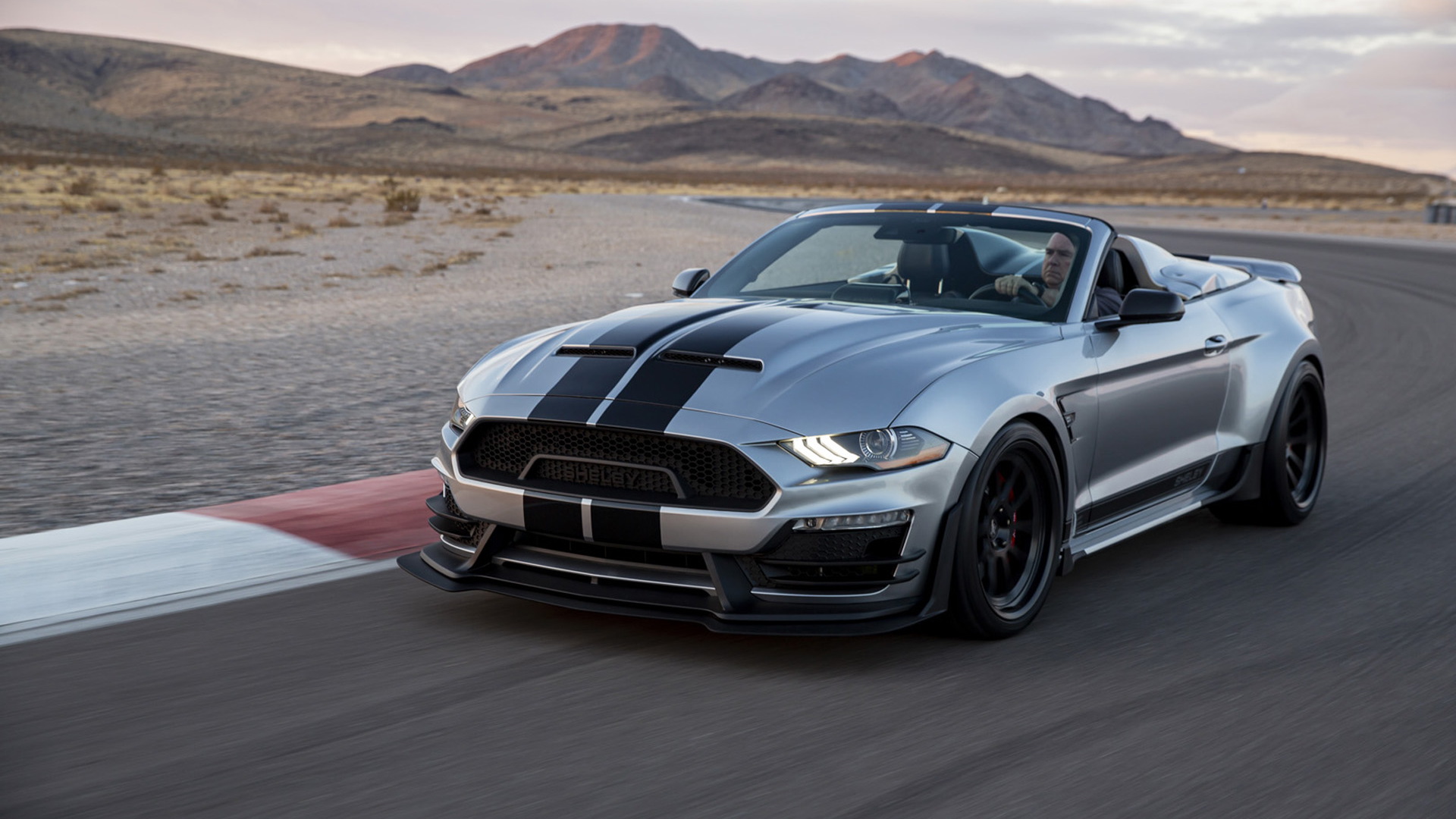 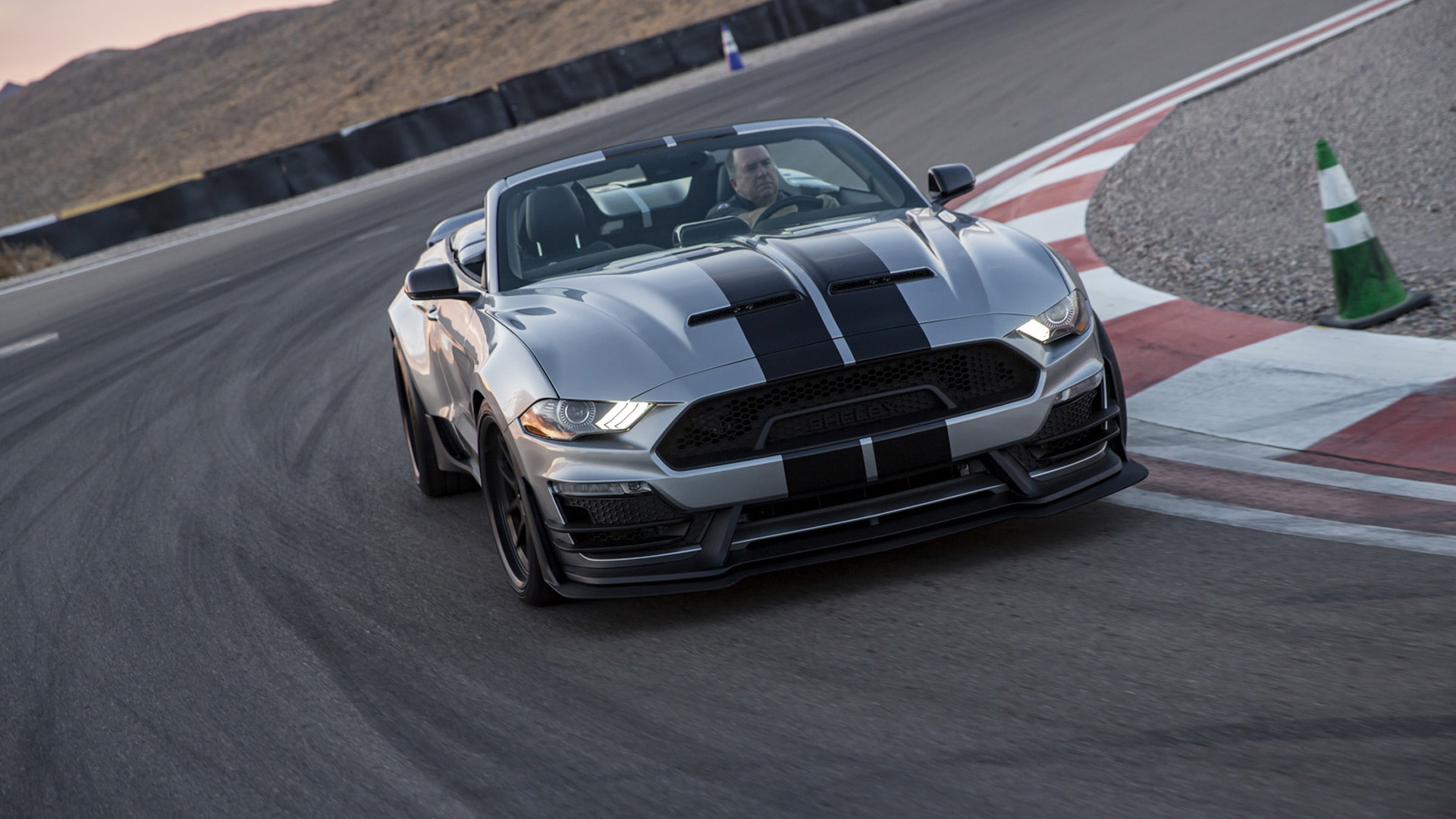 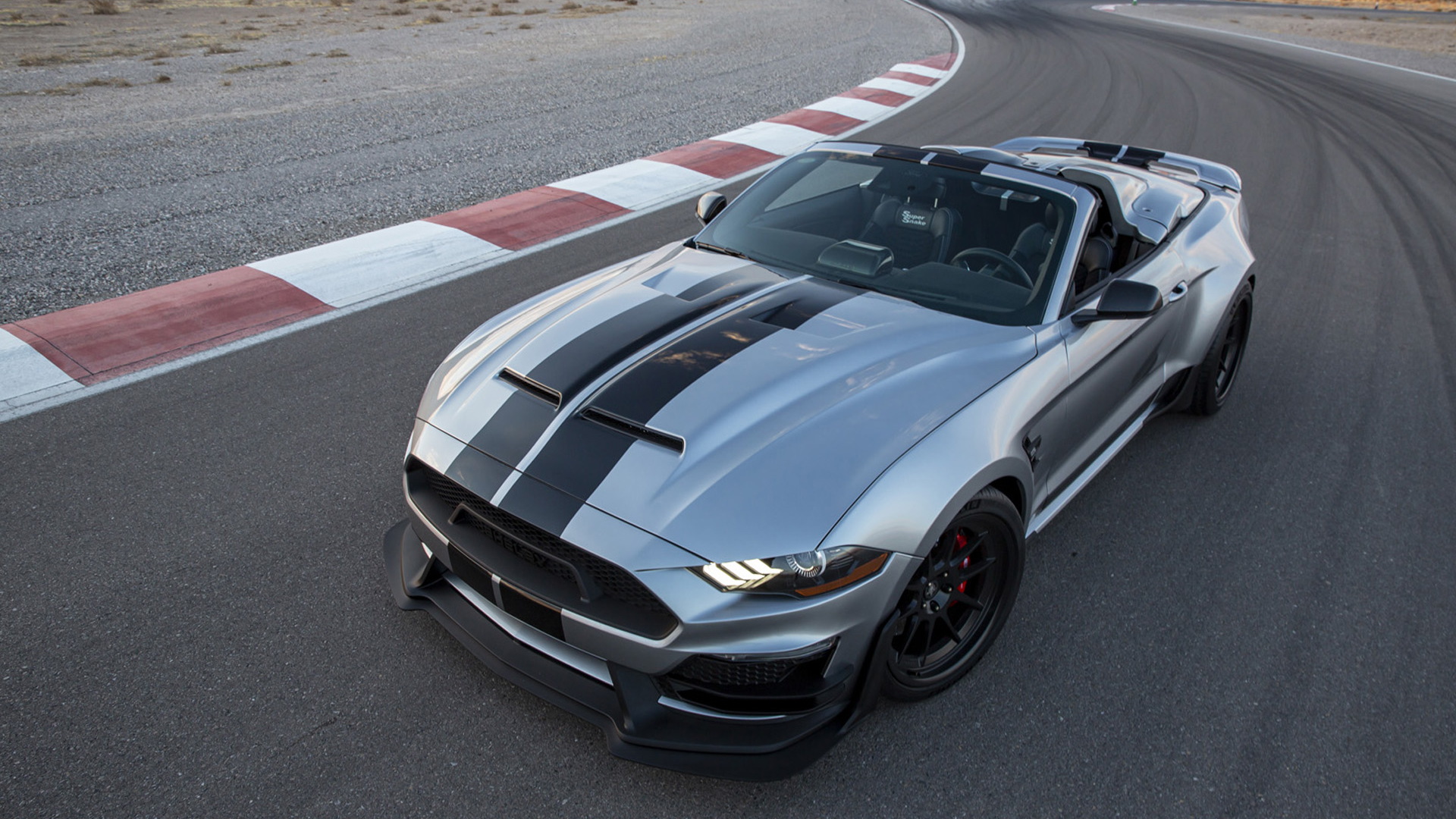 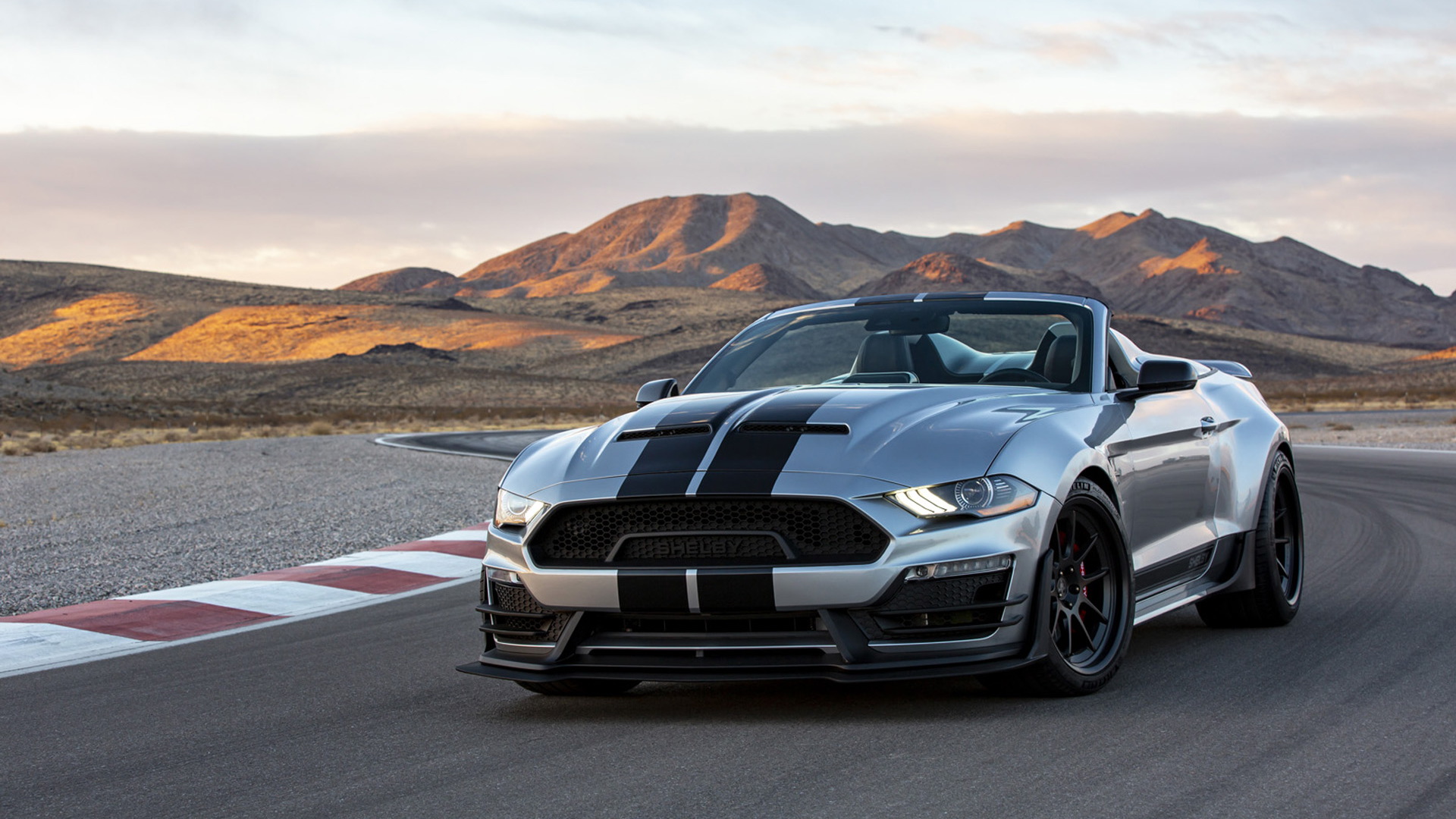 Shelby American on Saturday announced its Mustang-based offerings for the 2021 model year and included in the range was a new Super Snake Speedster.

The Super Snake is based on the Mustang GT and offers buyers a supercar-like 825 hp, thanks to a supercharged version of the 5.0-liter V-8 that powers the donor Mustang. Impressively, buyers can pick a manual transmission instead of the standard automatic, which isn't the case for many high-horsepower cars today.

The Super Snake name traces its roots to the one-off Shelby GT500 Super Snake experimental car that Shelby built in the 1960s as a demonstrator for Goodyear and its Thunderbolt tires. It featured a V-8 from a Le Mans-winning Ford GT40 and was last sold in 2019 for $2.2 million.

The modern Super Snake is the current range-topper of Shelby's Mustang-based lineup. The car features not only powertrain upgrades but aerodynamic and chassis upgrades, too. There are also special touches inside, including a custom instrument cluster.

The Super Snake in speedster guise is a strict two-seater. It features a custom tonneau cover over the rear, and as an option a wide-body kit can be added to give the vehicle an even tougher stance. Other worthwhile options include a track-ready suspension package from Penske.

Shelby plans to build just 98 examples of the Super Snake Speedster for 2021, in recognition of this year's 98th anniversary of the birth of company founder Carroll Shelby. The company will also limit regular Super Snake production to 98 examples for 2021.

The same will be true for the non-supercharged Shelby GT based on the Mustang GT and hardcore Shelby GT500SE based on Ford's Mustang Shelby GT500. They are priced from $62,310 and $104,900, respectively.