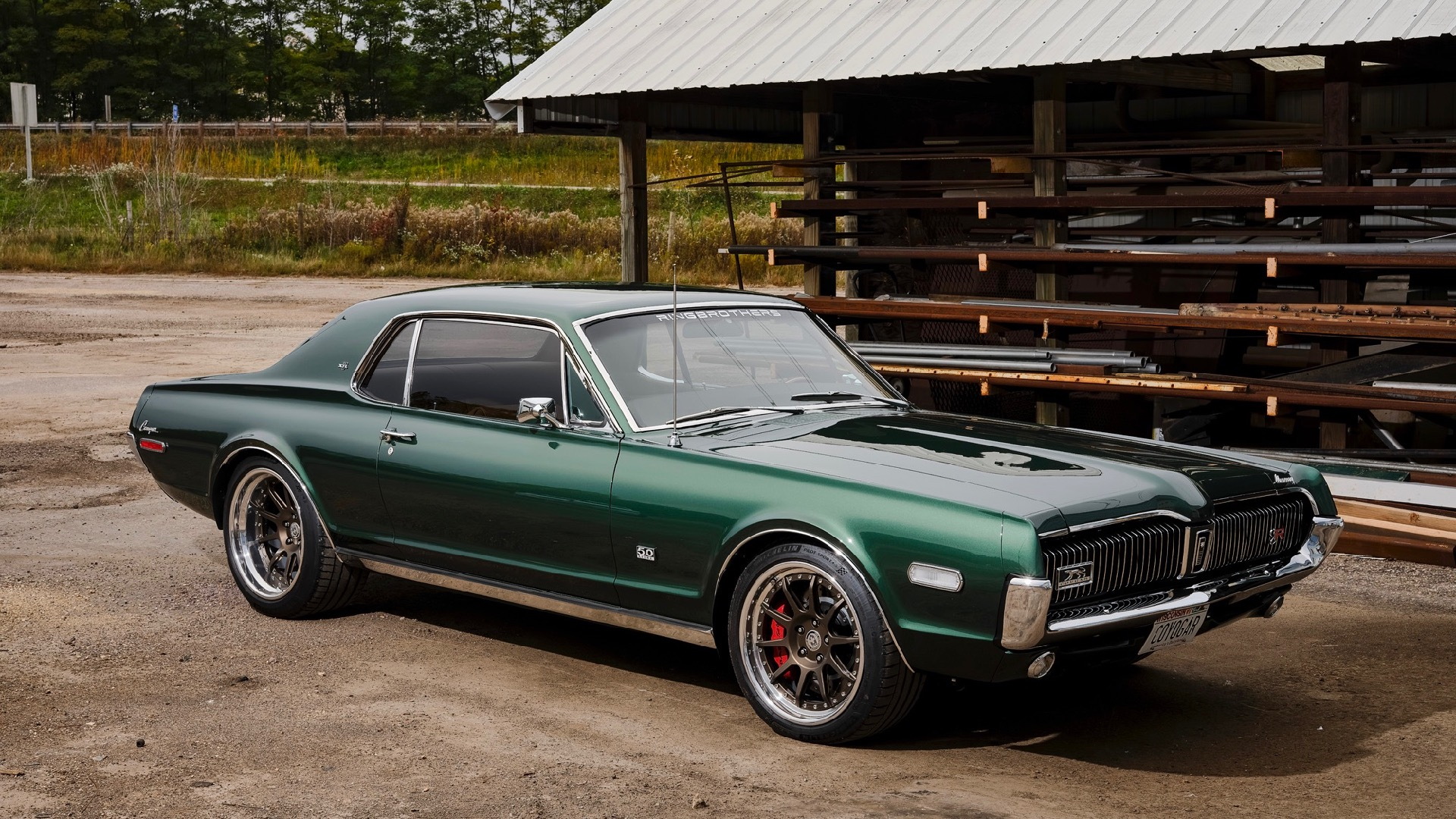 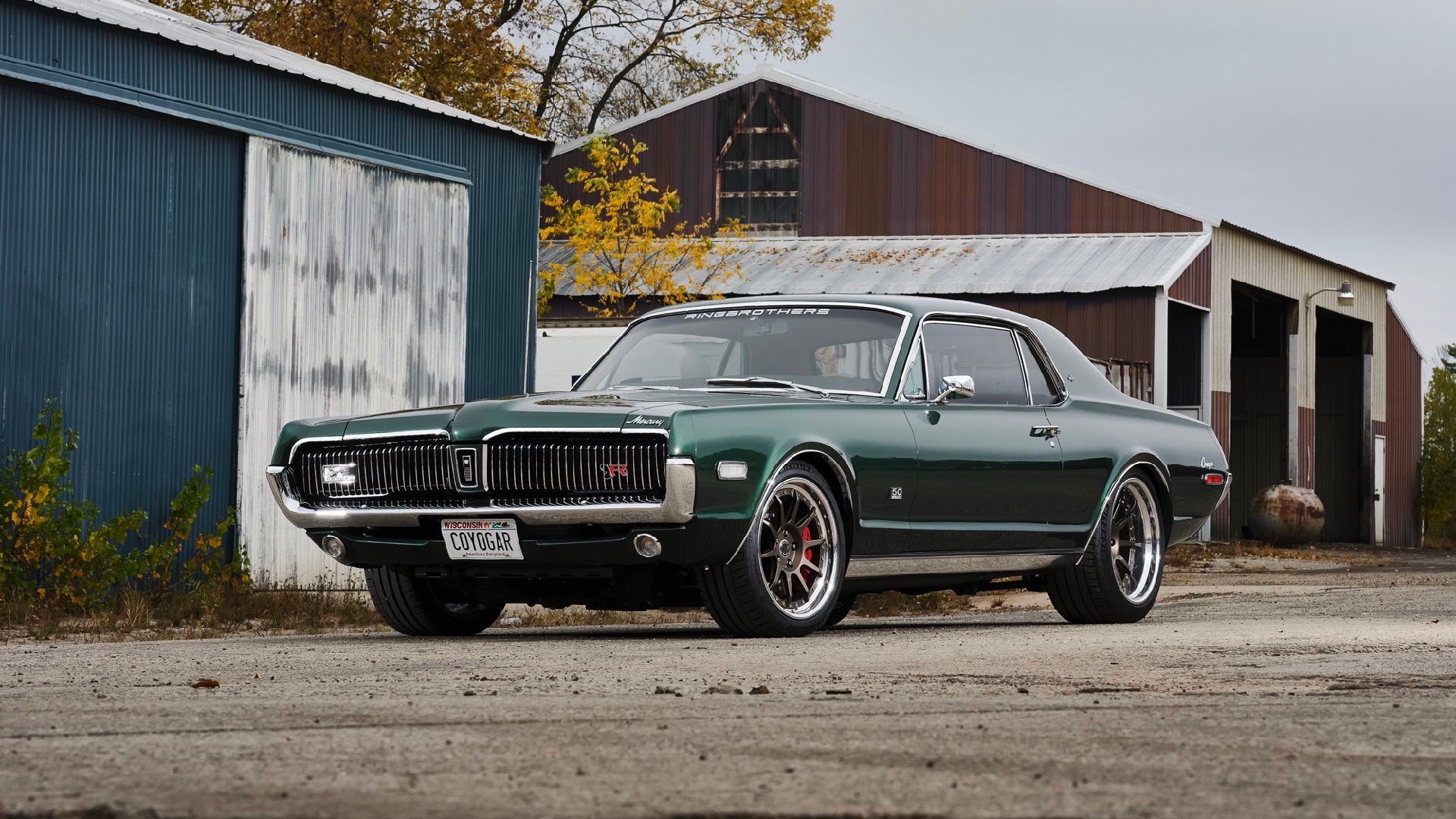 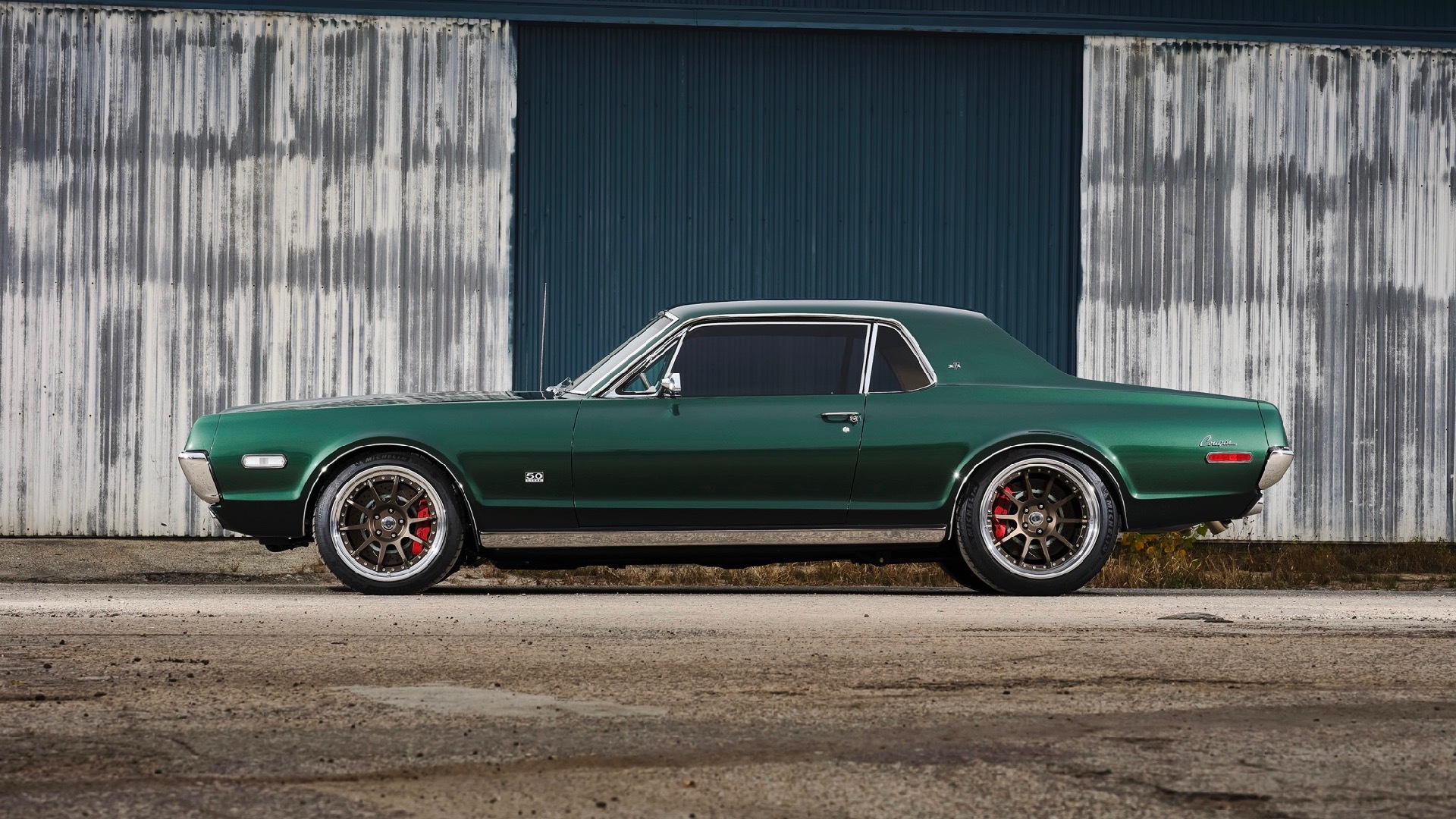 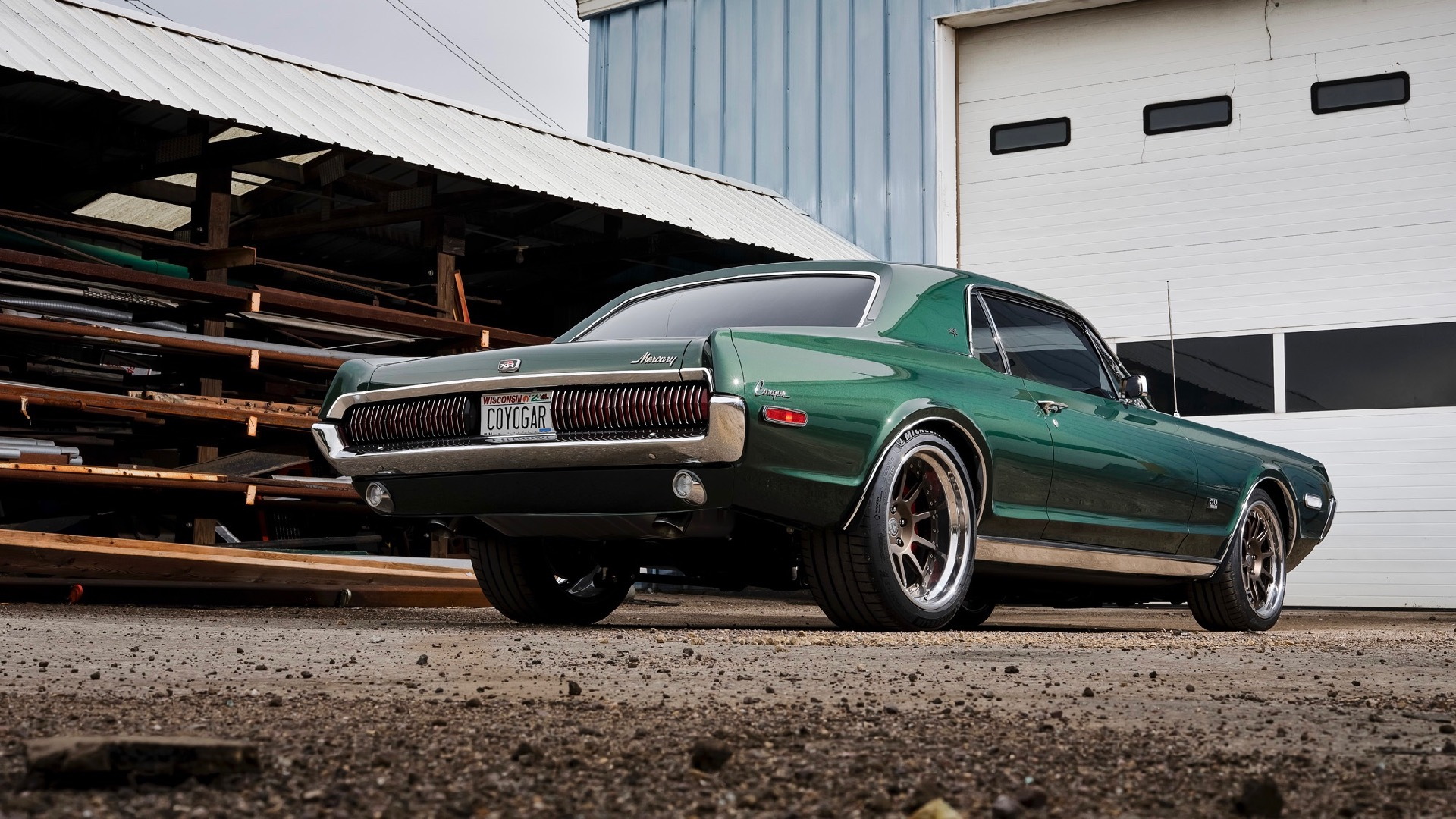 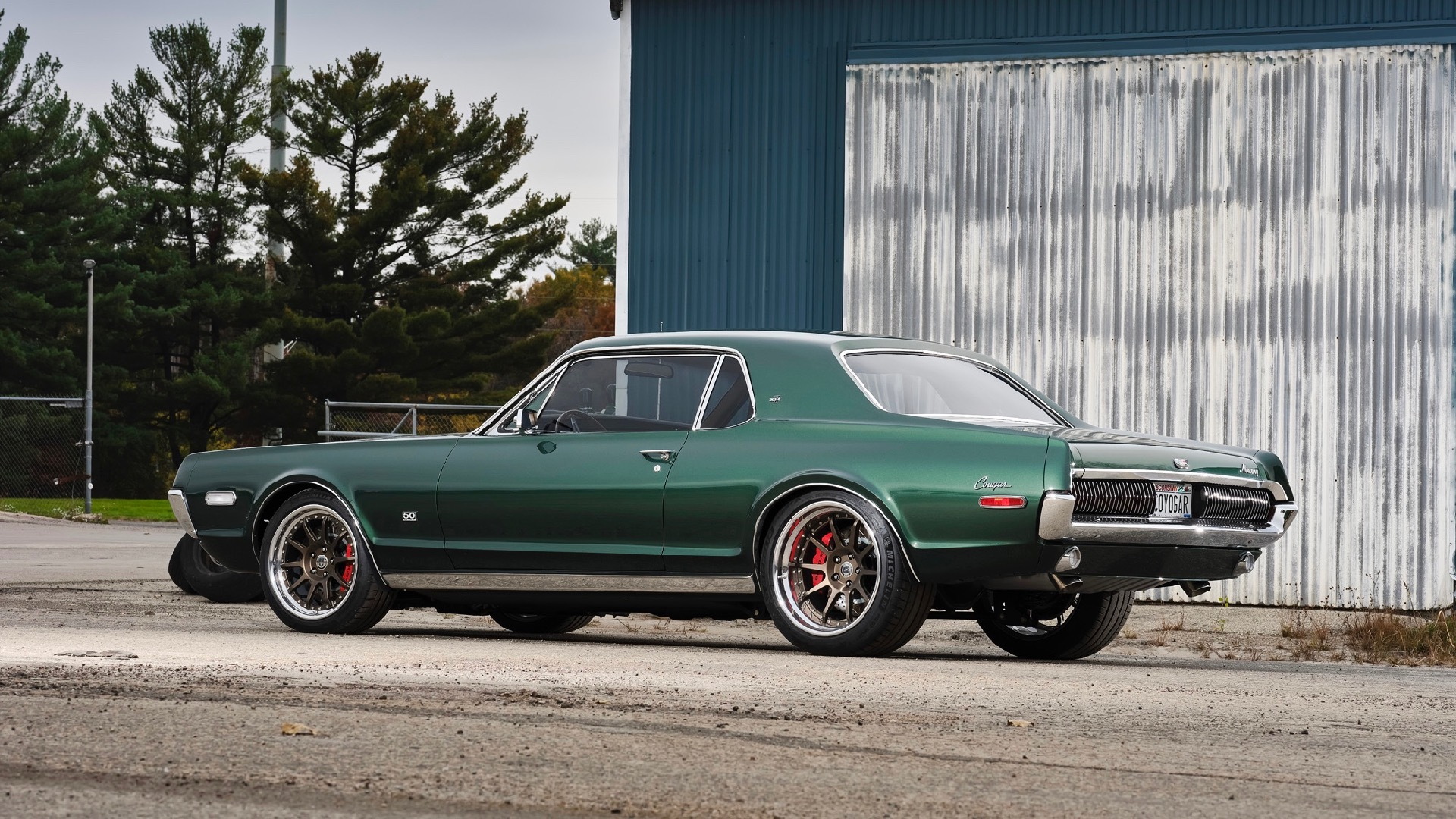 Wisconsin-based hot rod builders Ring Brothers are known for their resto mods. Mike and Jim Ring specialize in taking old cars and revitalizing them with modern components. Their latest project is a 1968 Mercury Cougar.

The badge may say "Cougar," but there's a Coyote under the hood, as in Ford's 5.0-liter V-8. It produces 460 hp, and drives the rear wheels through a 10-speed automatic transmission from a Ford F-150 Raptor.

The car got a frame-off restoration, with new floor pans and a new transmission tunnel, as well as a new front bumper, grille, and badging. A performance suspension by DSE was installed, as were modern brakes. The Cougar rides on HRE Series C1 C103 forged three-piece alloy wheels and Michelin Pilot Sport tires.

While some of Ring Brother's past builds have had flashy paintwork and heavily modified sheetmetal, the Cougar looks largely stock. The main giveaways are the aforementioned forged wheels on the outside, the F-150 shifter on the inside.

Launched in 1967 as a companion to the Ford Mustang, the Cougar never escaped the Ford's shadow. The Cougar eventually shifted to a platform shared with the Ford Thunderbird, becoming larger and more luxurious in the process, and was then reimagined again as a compact front-wheel-drive coupe. That final generation ended production in 2002, and the Mercury brand followed it into oblivion a few years later.

"We had never done a Cougar before, so this was a fun build," Mike Ring said in a statement. "I love working with new shapes and coming up with new ideas. Ring Brothers would normally unveil a newly completed car at the annual SEMA aftermarket show in Las Vegas, but that wasn't possible due to the ongoing coronavirus pandemic. Mike Ring said he hopes the car can be shown to the public soon.