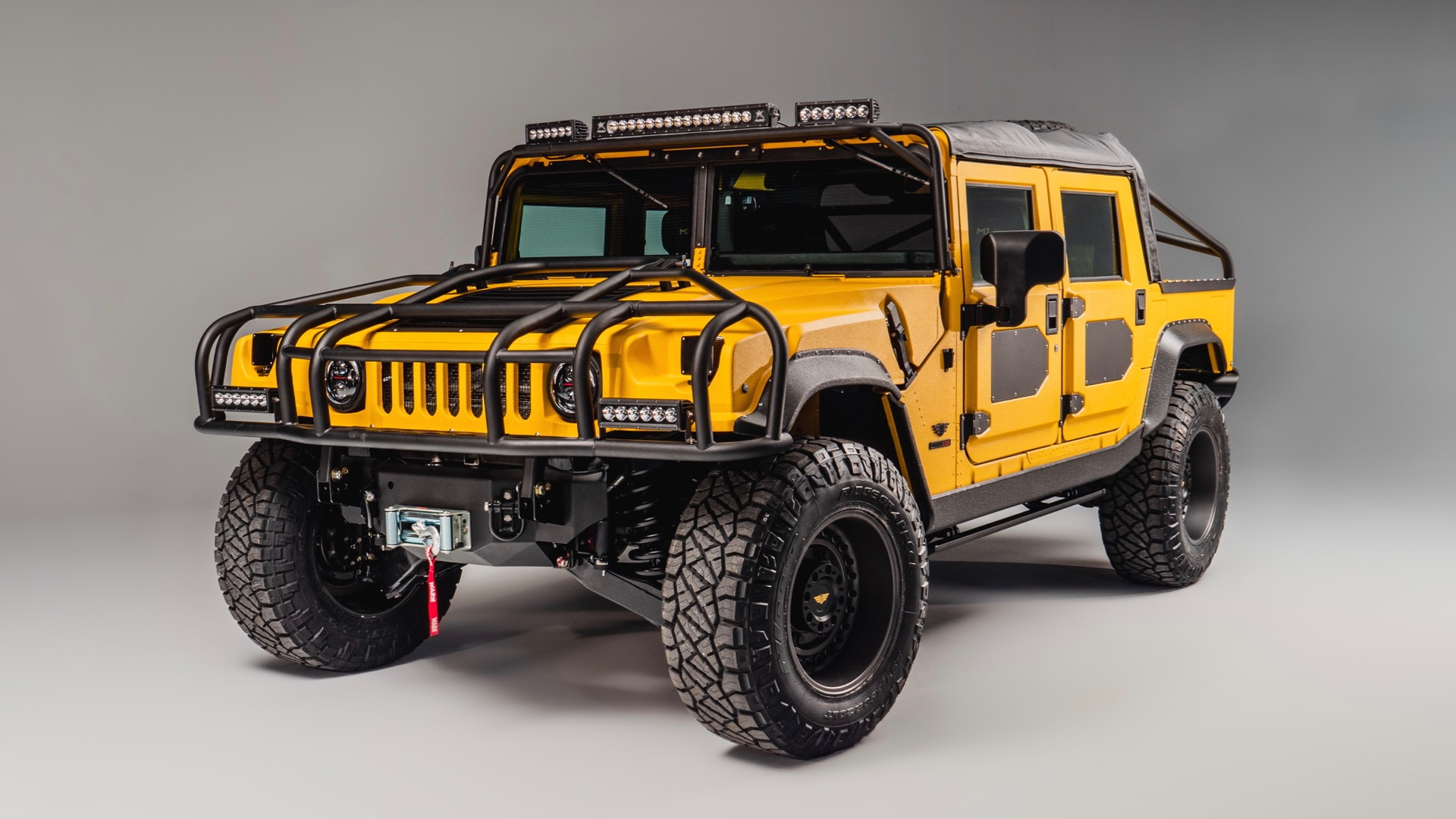 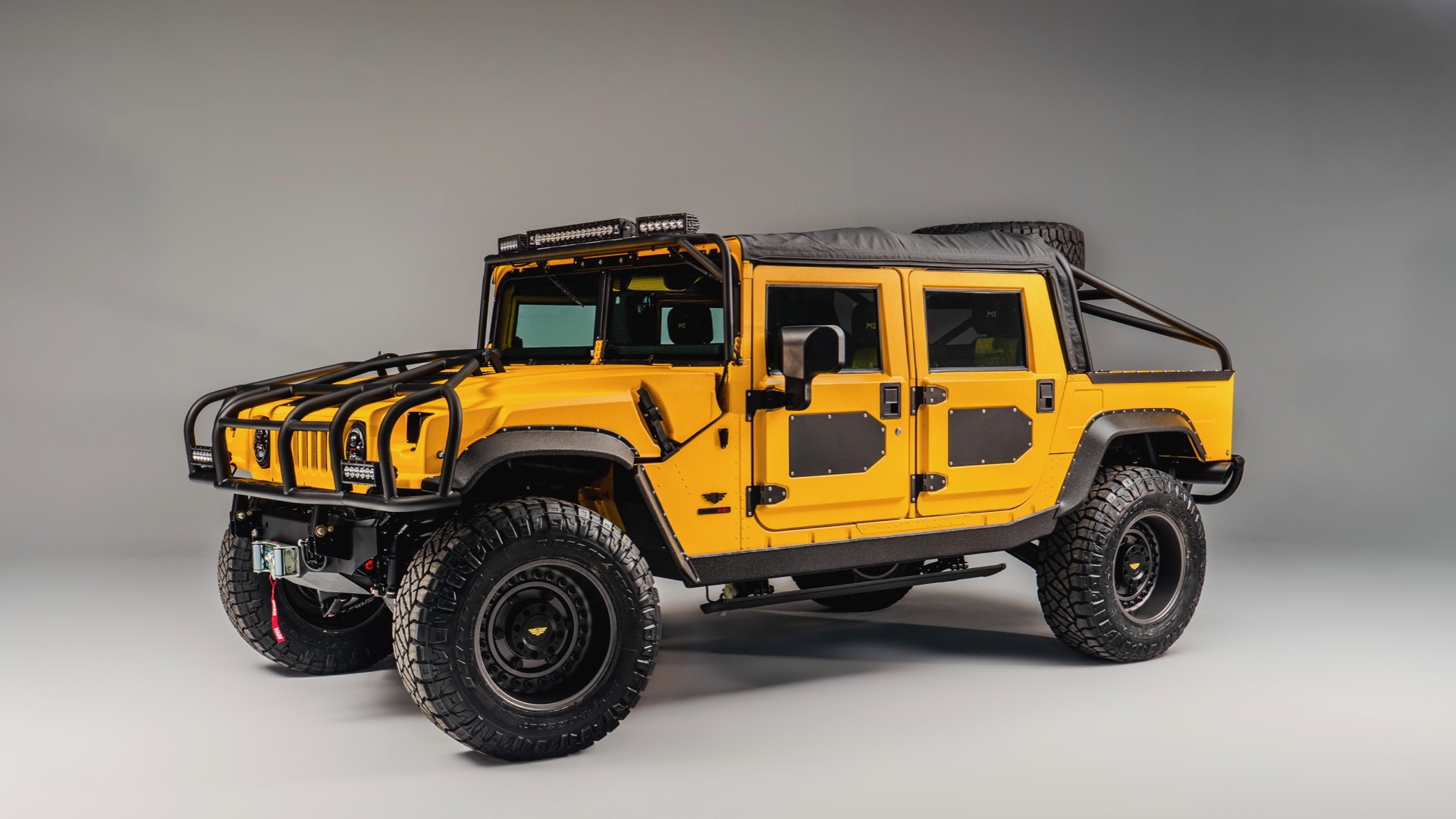 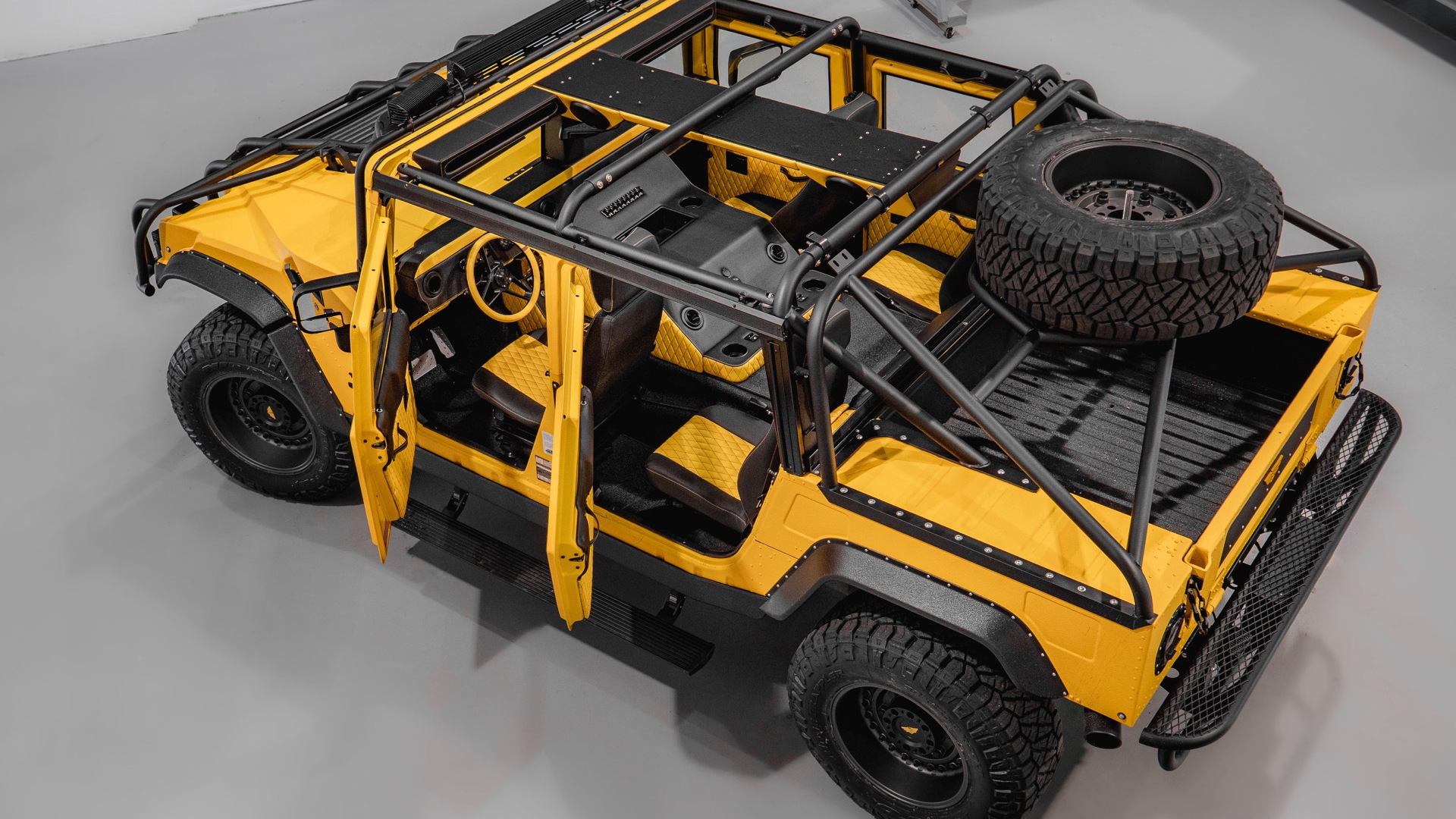 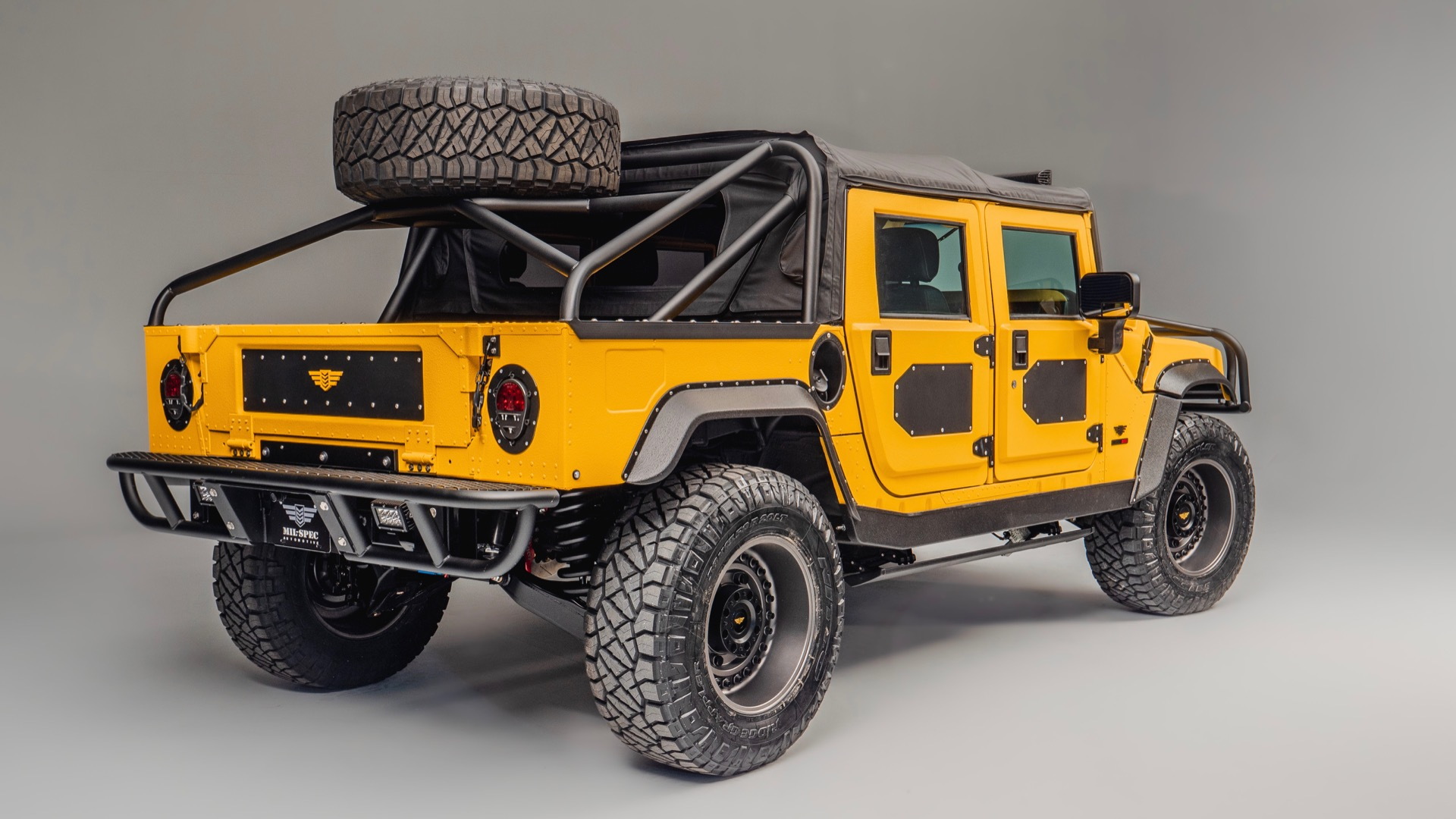 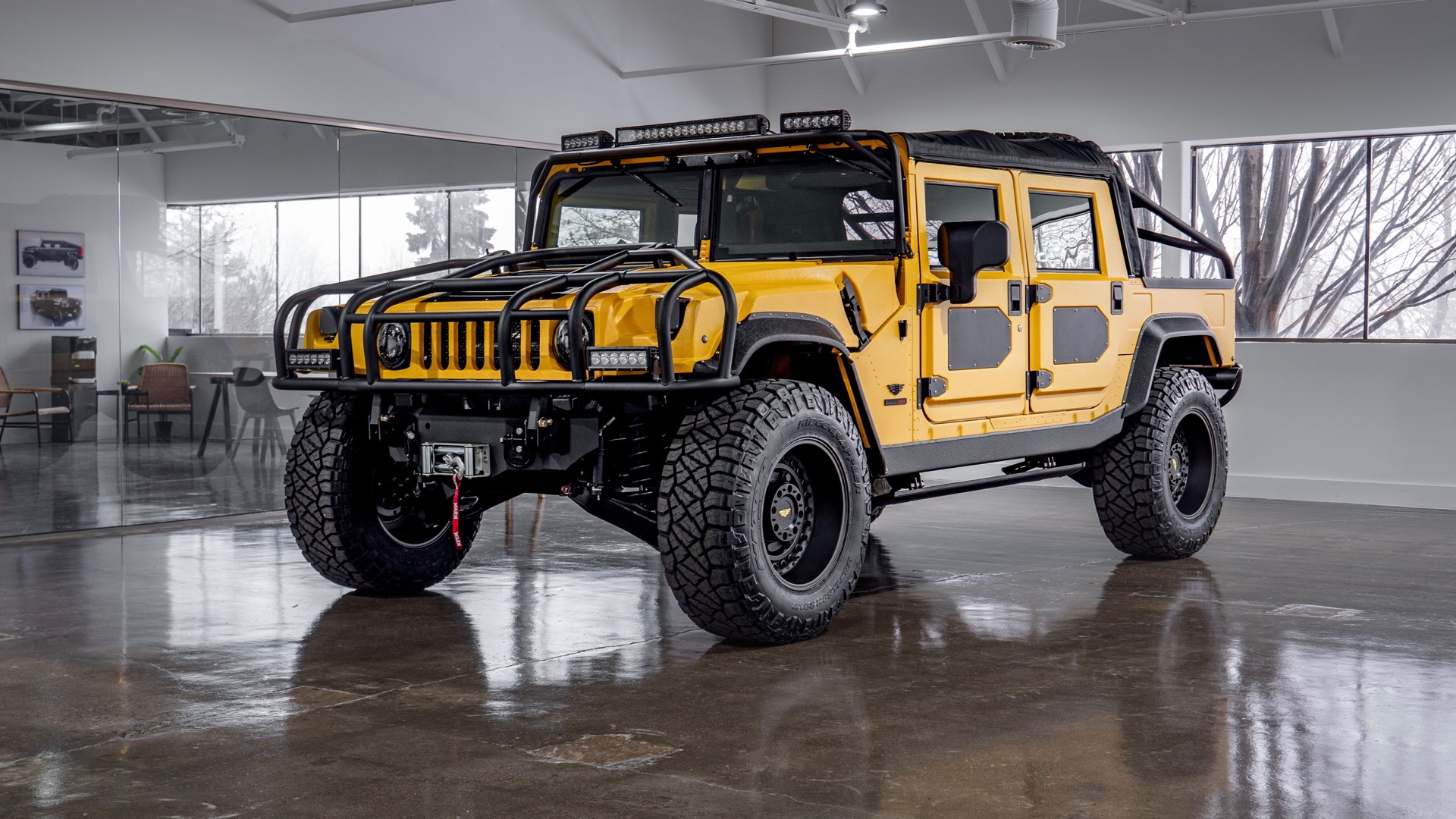 Michigan-based off-road monster specialist Mil-Spec Automotive has unveiled what it calls its most ambitious build to date. The Mil-Spec M1-R is a heavily modified Hummer H1 with a $412,000 price tag.

The M1-R kicks off a new M1 series of Hummer builds that Mil-Spec calls its second generation, after the Launch Edition model that first appeared in 2018. The upgrades start in the engine bay, where Mil-Spec installed a balanced-and-blueprinted Duramax LBZ 6.6-liter diesel V-8, which drives all four wheels through an Allison 1000 T6 automatic transmission.

The General Motors-sourced diesel engine produces 500 hp and 1,000 lb-ft of torque in the standard M1, according to Mil-Spec's website, but the M1-R boasts 800 hp and 1,200 lb-ft of torque. To handle that power, Mil-Spec gave the M1-R Wilwood brakes with 6-piston calipers, an air-locking differential, and Rod Hall long-travel racing suspension.

As if a stock Hummer H1 didn't attract enough attention, Mil-Spec sprayed the M1-R in custom yellow paint inspired by the factory H1 Competition Yellow, but with a bit of metalflake thrown in. Based on the H1 soft-top body style, the truck also gets a large spare-tire carrier that takes up most of the bed, and elaborate front armor.

Mil-Spec said it eliminated all plastic from the interior. The switchgear is metal, while nearly everything else is covered in nappa leather in a shade that matches the exterior. A pushbutton gear selector replaces the stock shift lever.

While the M1-R was a one-off commissioned build, Mil-Spec is taking orders for the standard M1, which has a (slightly) less shocking $299,500 price (including the cost of a donor vehicle).