If you’re outside the United Kingdom, you may never have heard of Bristol Cars, the company that not too long ago turned out a Viper V-10-powered sports car known as the Fighter.

Bristol started life as an aircraft manufacturer but in 1945 diversified into car production. The company finally succumbed to bankruptcy in 2011, though right up until its demise it remained true to its roots of being a discreet supplier of luxury grand tourers to discerning, well-heeled buyers. In fact, it didn’t even have a network of dealerships; all sales were done at a landmark showroom in London. 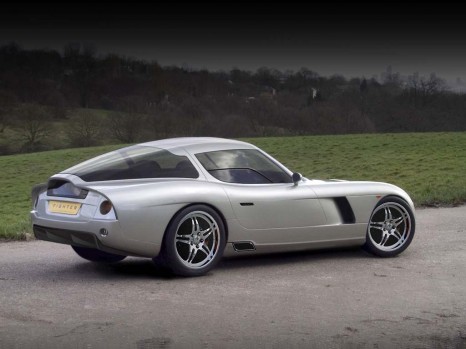 Speaking with Autocar in an interview published Wednesday, Wharton said he plans to launch next year “remastered” versions of Bristol's Fighter sports car first launched in 2004 and 411 grand tourer launched in 1969, with both to receive a 6.4-liter V-8 sourced from Fiat Chrysler Automobiles. Some of the original Bristols also used Chrysler V-8s.

Wharton also said he plans to establish a new headquarters for Bristol in the brand's original home of Filton, U.K., which is near the city from which Bristol takes its name. The site will also be home to a restoration service for existing Bristol owners.

Wharton said he's currently seeking an engineering chief and hopes to have the first prototypes for his remastered cars on the road by the end of the year. Should all go to plan, he said he will then launch a new model to be called the Buccaneer around the middle of the decade. The Buccaneer will be a four-seater and rely on a donor platform, saving Wharton the effort—and cost—of meeting crash-safety and emissions certification.