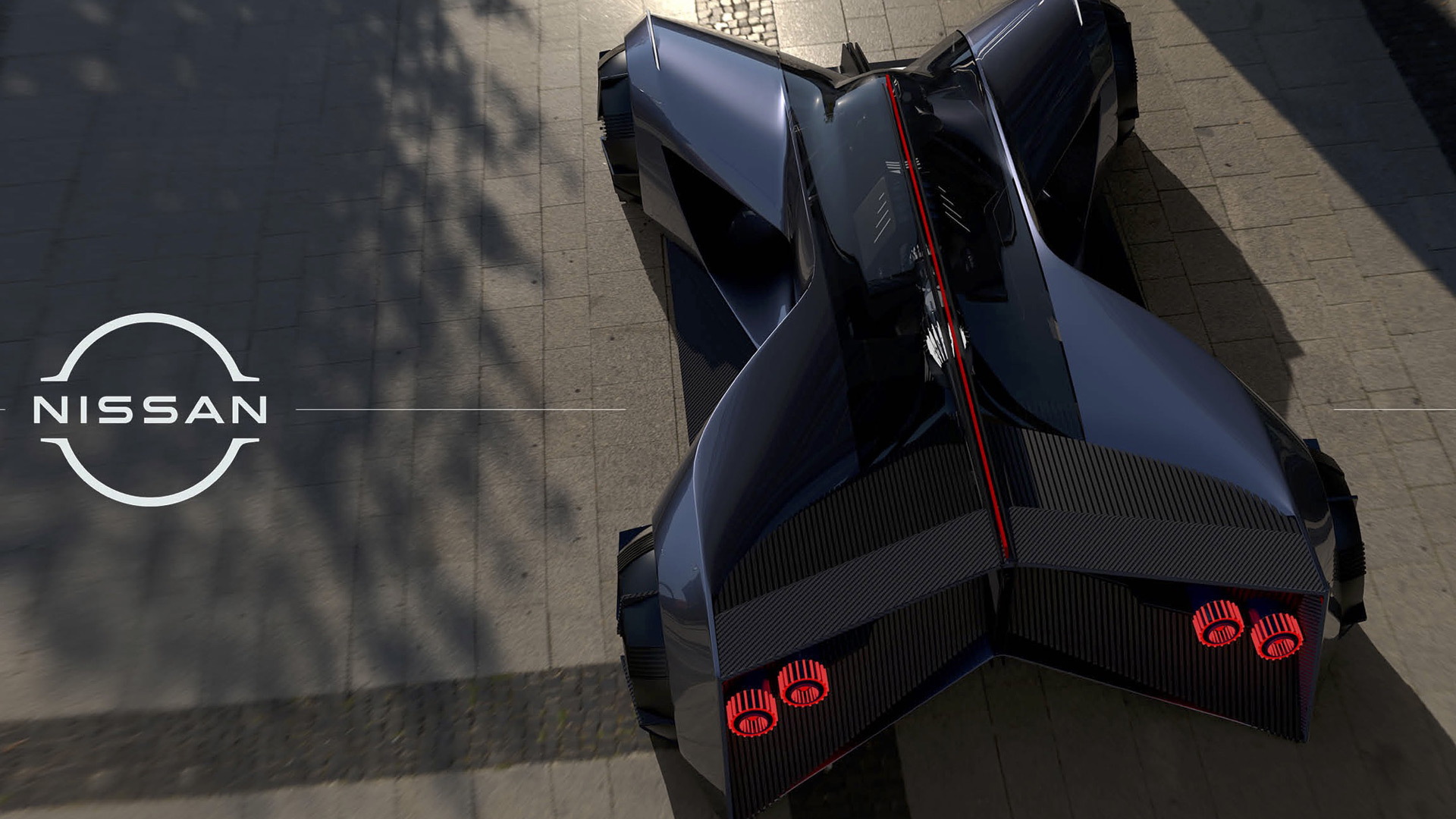 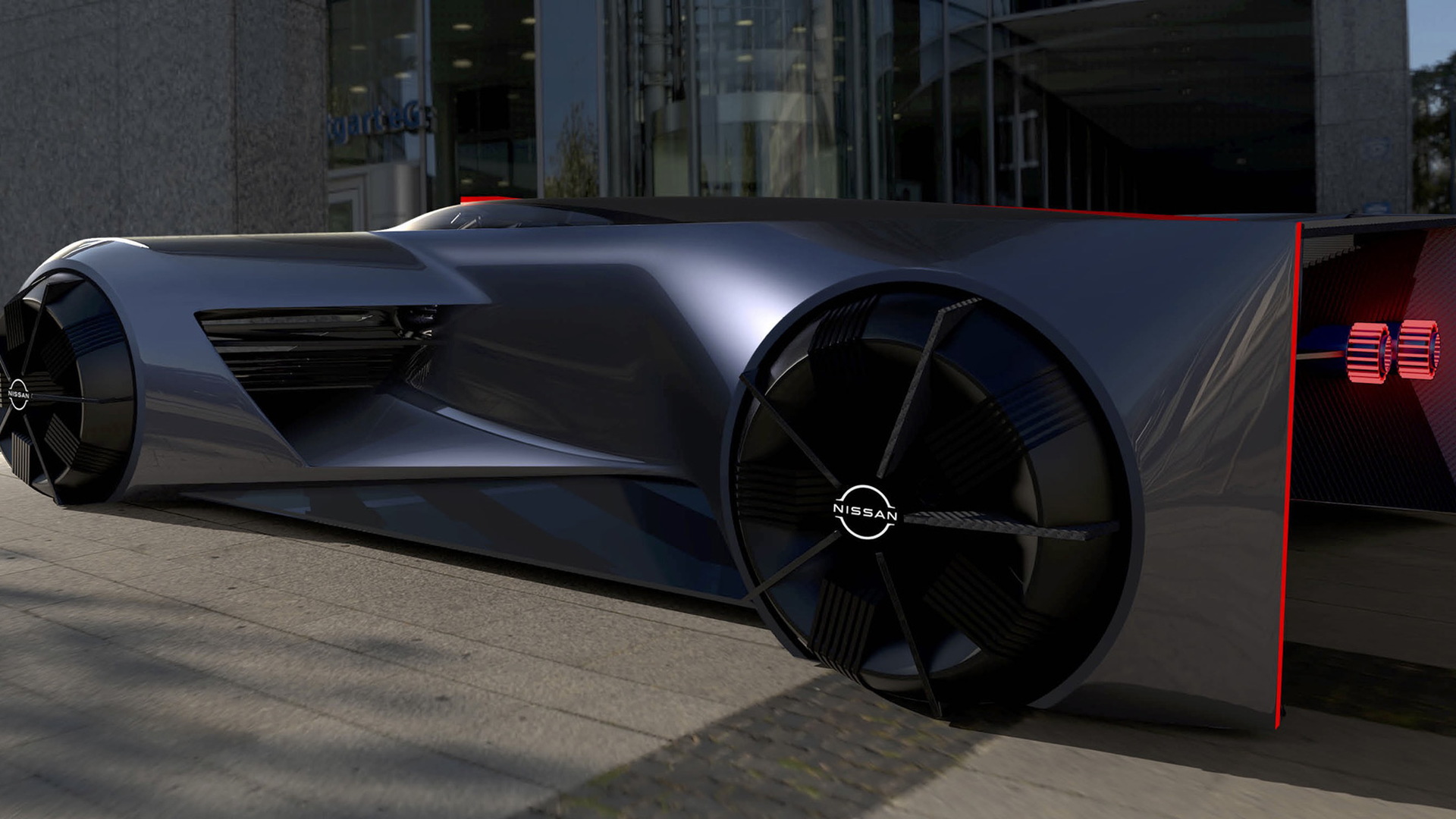 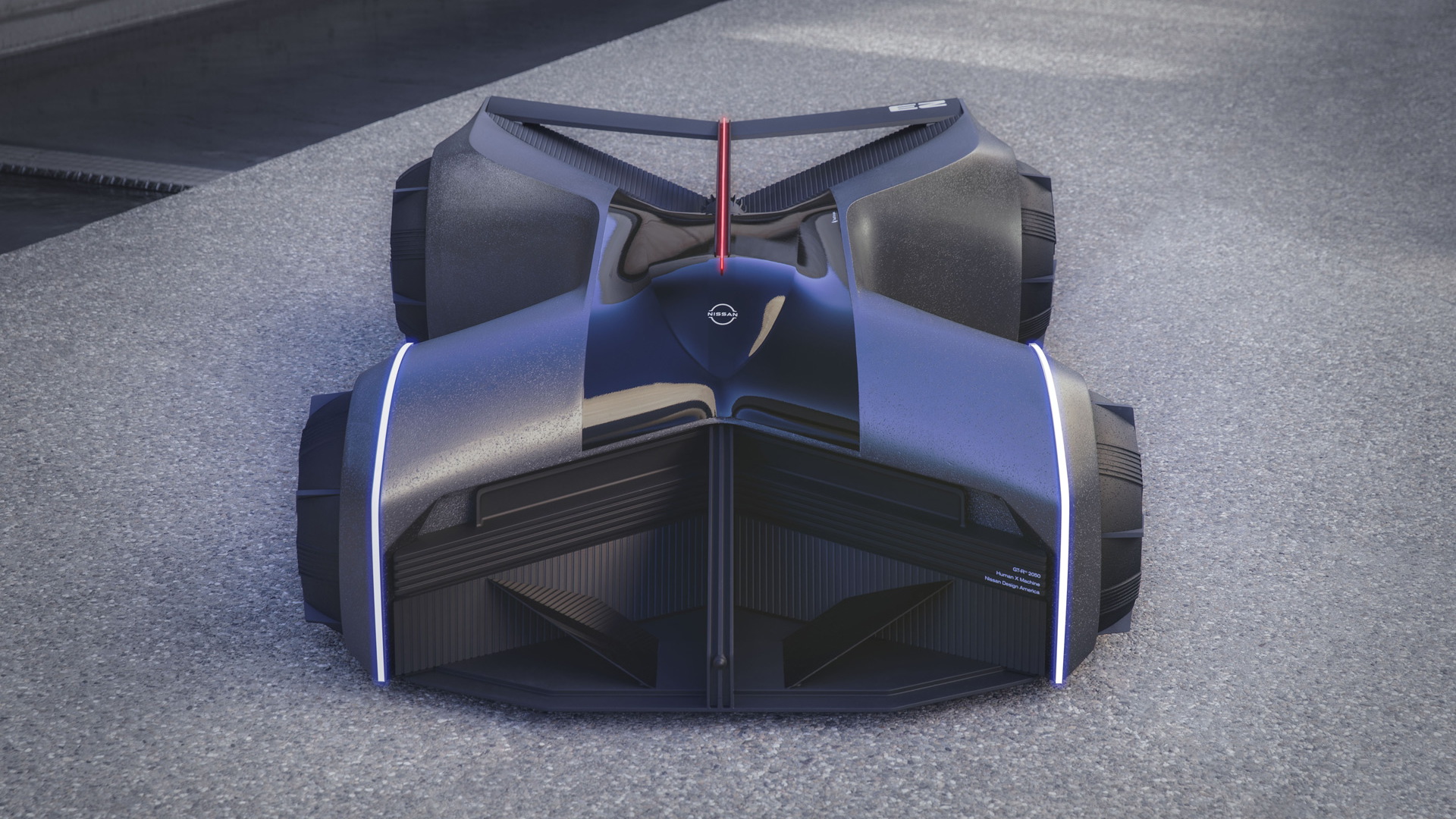 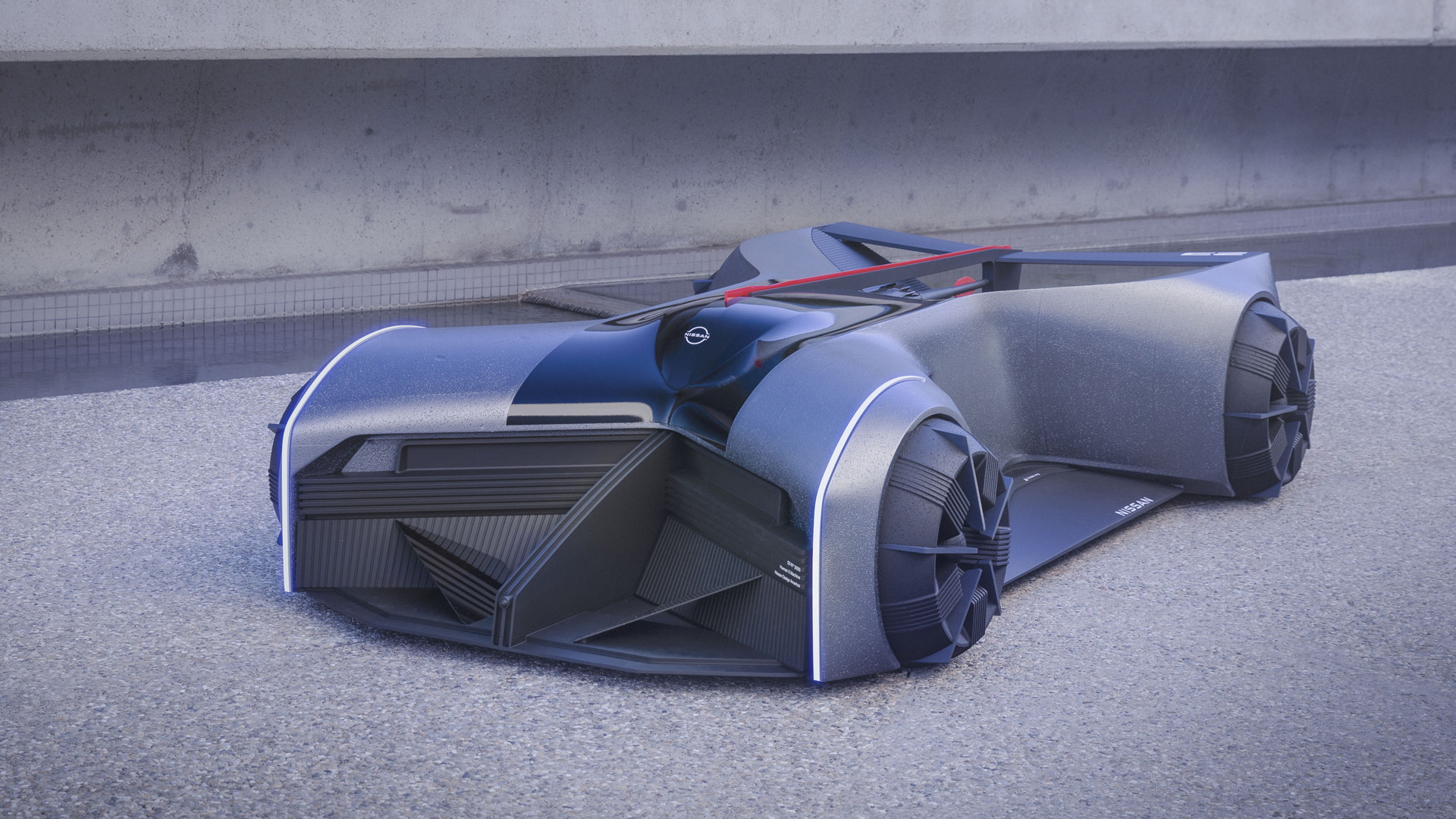 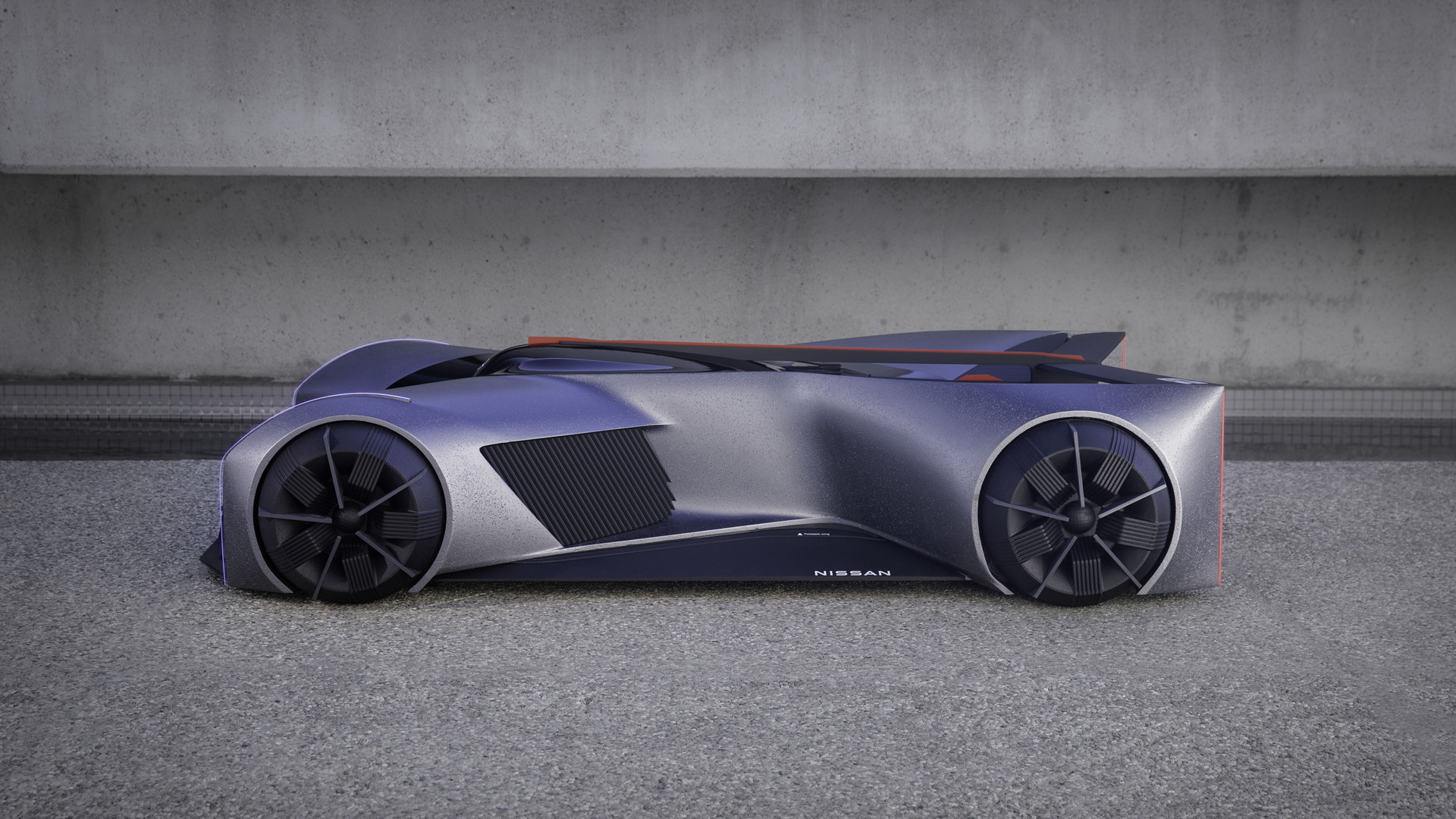 Want to know what the Nissan GT-R might look like in 30 years? That date is probably too far out to have any real understanding of the direction Nissan will take, should the GT-R still be in production then, but one of the automaker's design interns has posited his own theory.

Jaebum Choi took on the challenge of designing the GT-R of 2050 for a final thesis in the course he's undertaking at ArtCenter College of Design in Pasadena, California, and the result is this Nissan GT-R X 2050 concept. Nissan was so impressed that it decided to work with Choi on developing a full-scale model.

The vehicle's length is less than 10 feet and it sits just over two feet tall. According to Choi, the vehicle is meant to be a “wearable machine,” designed for a single person who lies flat on his or her stomach and with their limbs stretched out to each wheel hub. Instead of a steering wheel, the vehicle syncs with the driver's thoughts via a helmet with a “brain-to-core transmitter,” though the driver can disengage this feature and have the vehicle drive itself.

Another interesting element is the wheel design. At each hub is a one-piece wheel and tire combo. The odd shape allows the vehicle to turn on the spot, and the extended spoke pattern is designed to help the wheel cool down fast, even under extreme braking.

Despite all the futuristic elements, there are still some core features that link the design with today's GT-R and those of the past. These include the iconic round taillights, as well as the red accents similar to those on the current GT-R Nismo.

Nissan is currently working on a redesign for the GT-R, though we suspect Choi's design is just a tad too futuristic for the next iteration of Godzilla. That said, it might be several years still until we see the car as Nissan as recently as 2019 was undecided on what powertrain to use.