According to recent filings with the United States Patent and Trademark Office (USPTO), GM has abandoned plans to use the Manta Ray on any upcoming vehicle, including concept cars. The automaker applied for a trademark on the Manta Ray name in 2015, according to Muscle Cars & Trucks.

Manta Ray would have made sense alongside the Stingray name used for the current base Corvette, and it has some history with the model. It was the nickname used within GM for what later became the 1965 Mako Shark II concept, which previewed the styling of the C3 Corvette. 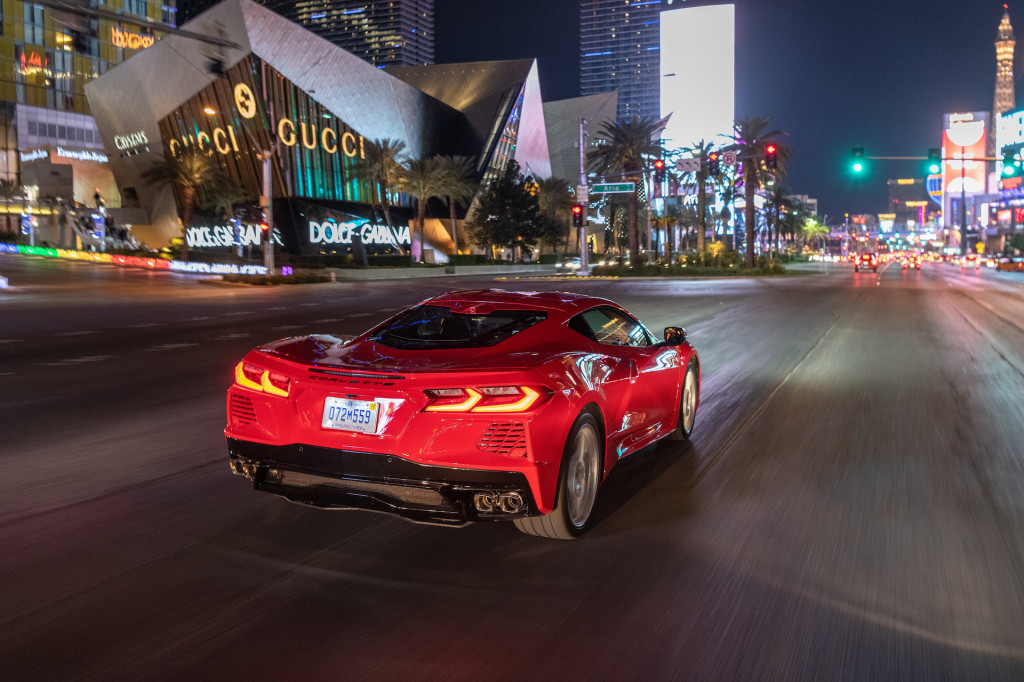 The Manta Ray name may be kaput, but Chevy is still expected to launch additional C8 variants with more power than the current Stingray model. In 2018, word hit that future variants would feature a flat-plane crank V-8 and outputs of 600 horsepower, 800 hp, and 1,000 hp, the latter an all-wheel drive hybrid.

The Corvette C8.R race car uses a 5.5-liter 32-valve DOHC flat-plane crank V-8, which will reportedly power the next Z06 road car. The Z06 is expected to return for 2022 model year with 650 hp and 600 pound-feet of torque, Hagerty reported in April. That report also forecast new Grand Sport and ZR1 models, plus a new range-topping variant named Zora, after Corvette godfather Zora Arkus-Duntov. It will reportedly boast a twin-turbo V-8 assisted by an electric motor on the front axle, creating an all-wheel drive hybrid powertrain good for 1,000 hp and 975 lb-ft of torque.

Chevy also trademarked the E-Ray name in 2015, which sounds like an appropriate moniker for another hybrid Corvette, or possibly an all-electric model. However, as the saga of the Manta Ray name shows, automakers sometimes trademark names even when they don't have specific plans for them.