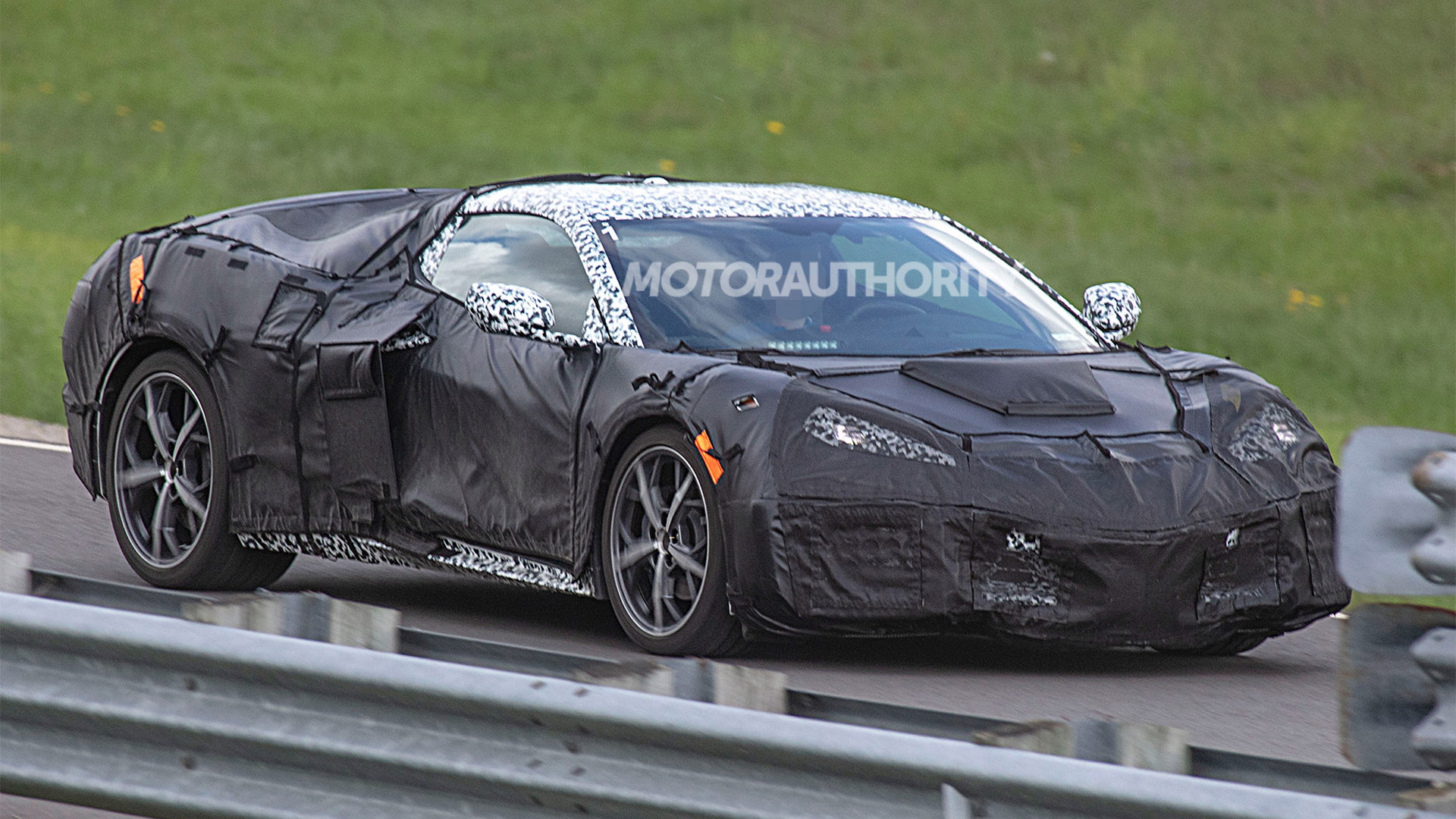 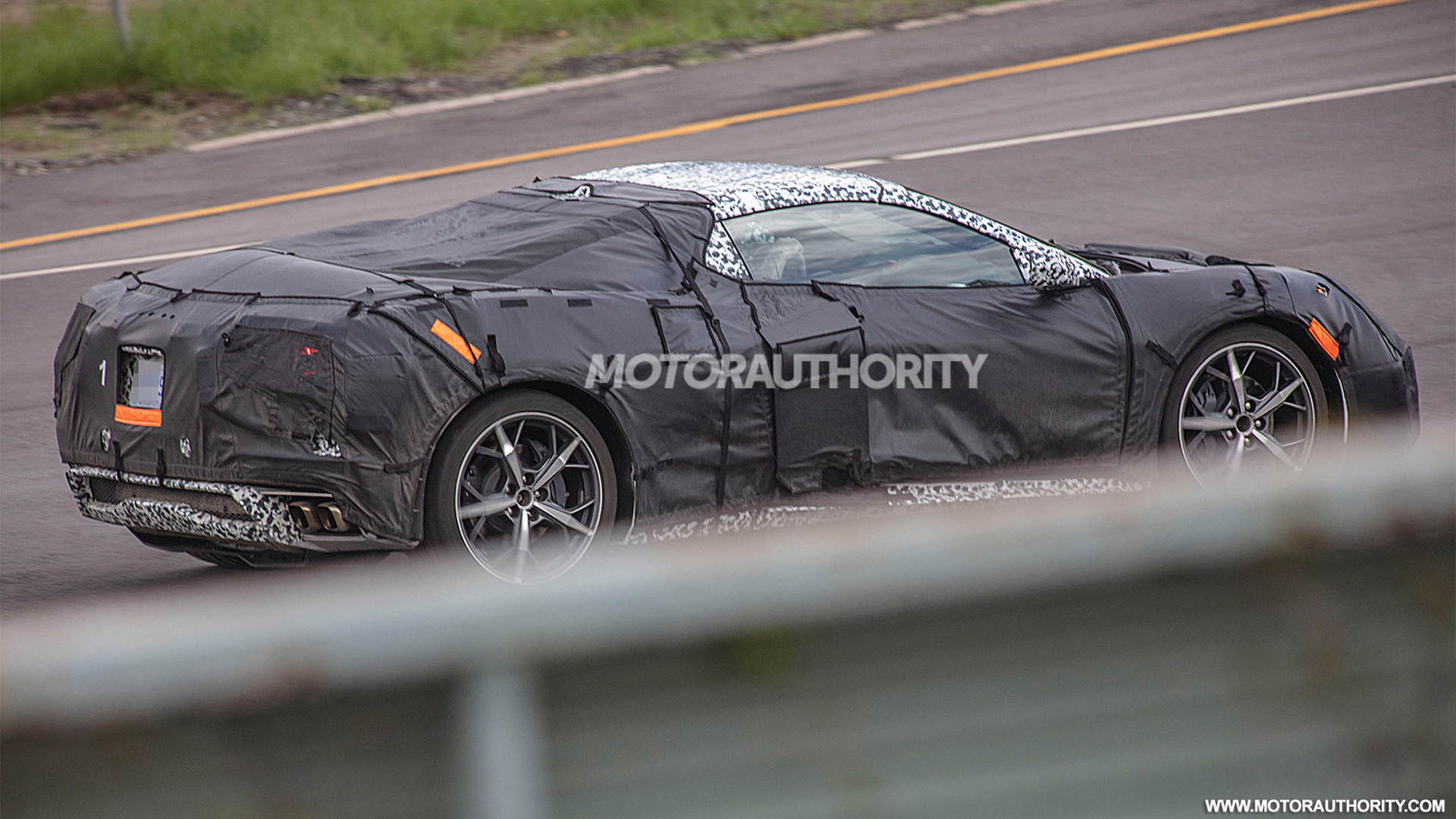 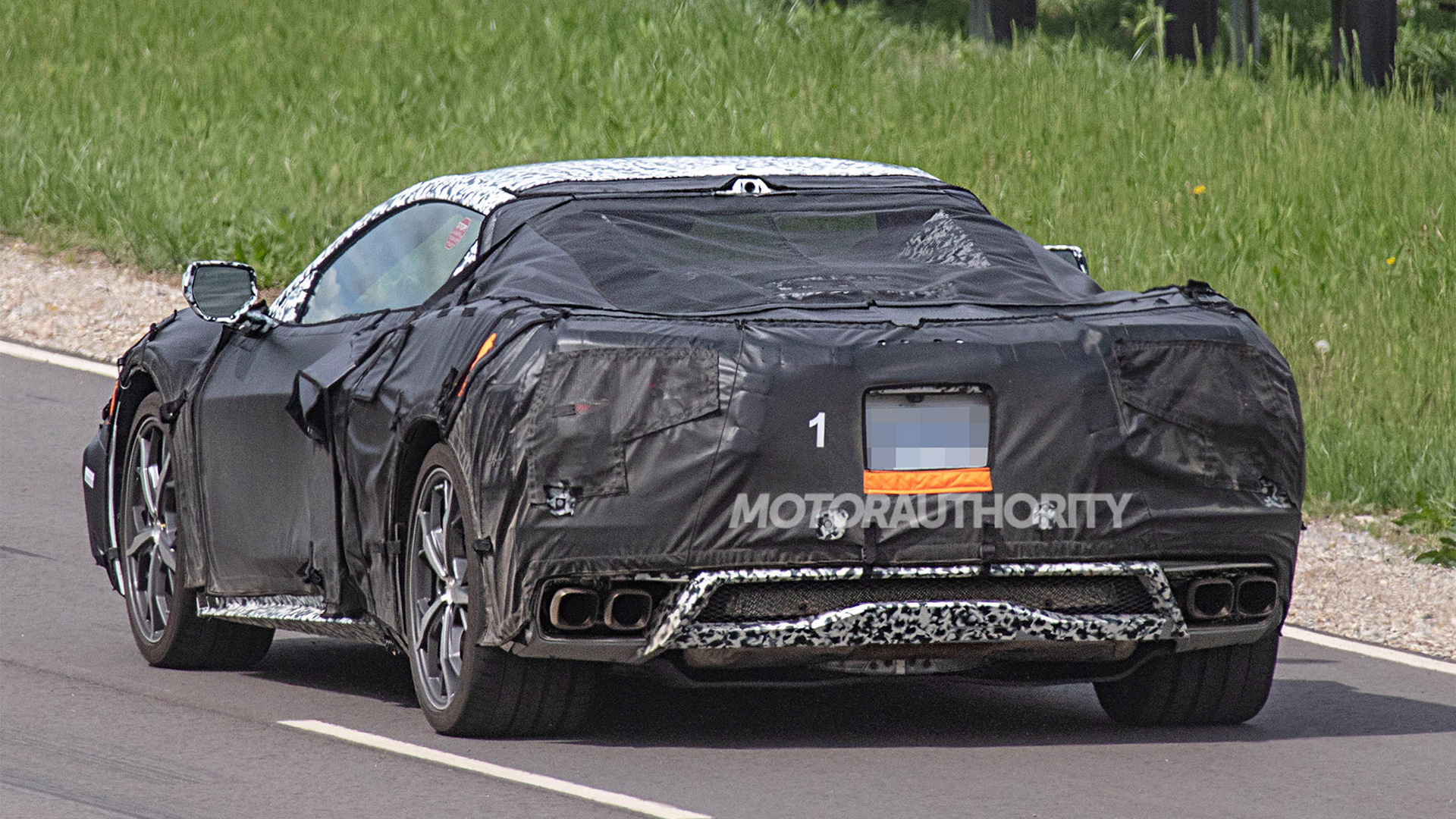 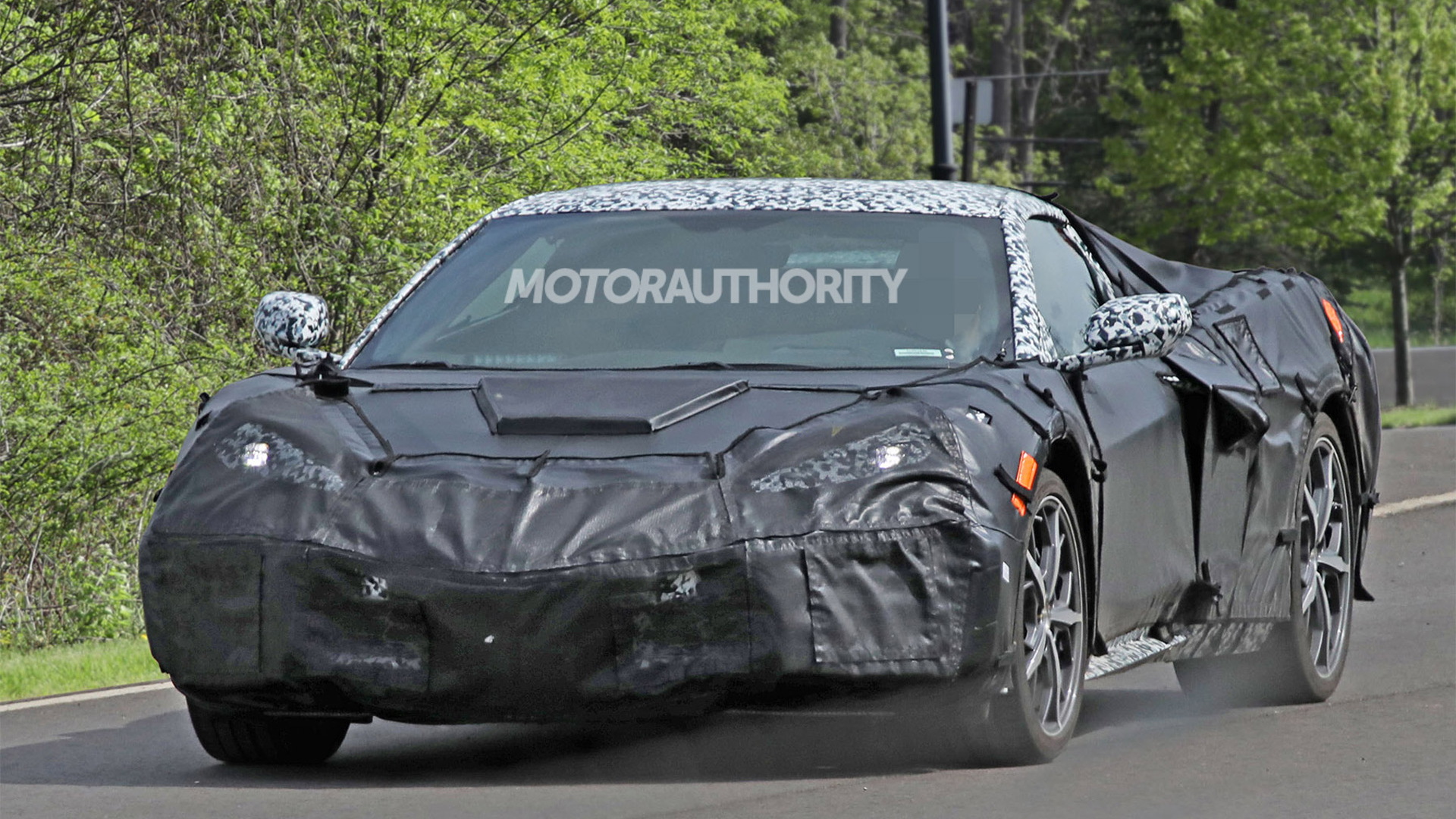 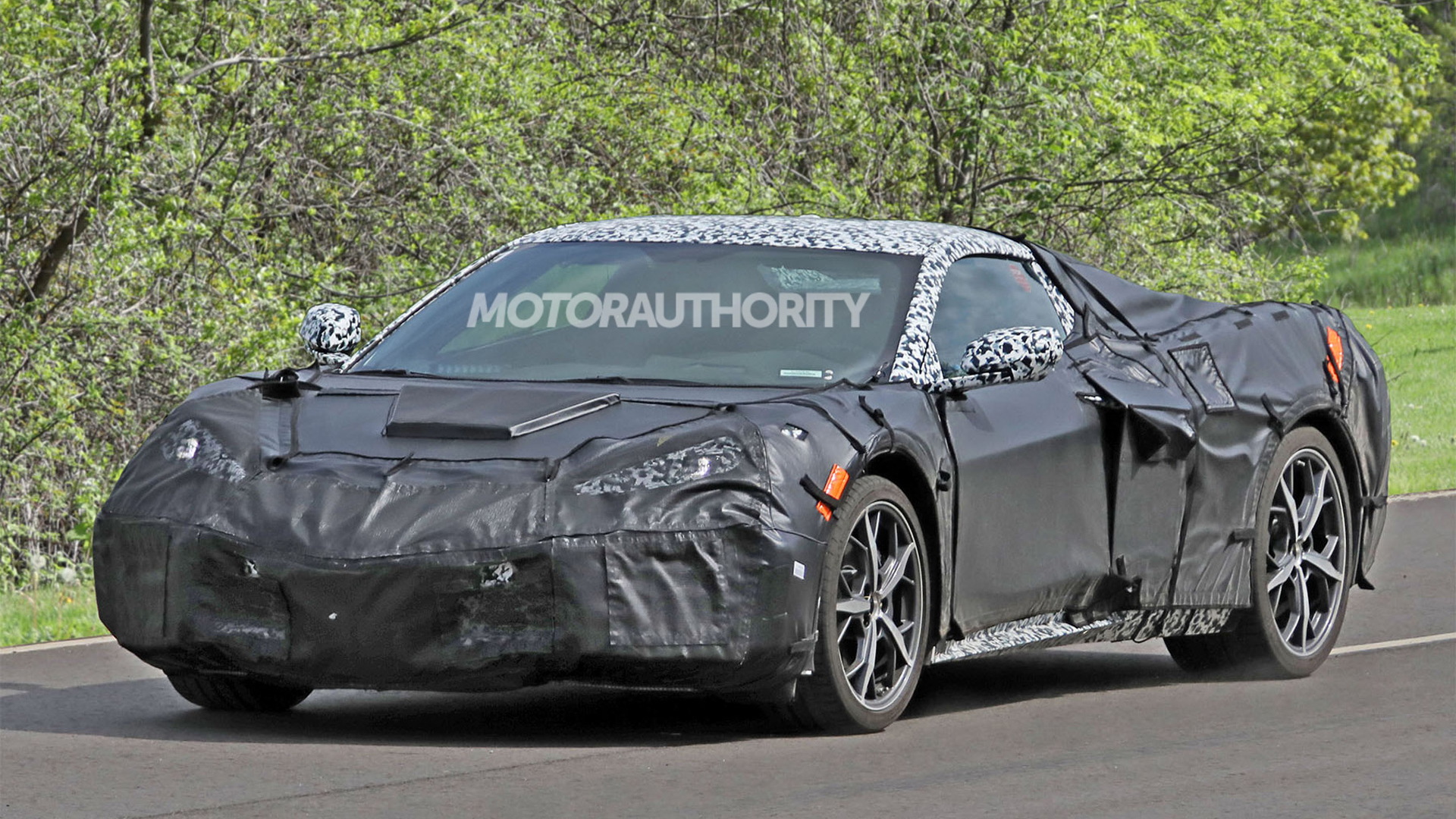 New details surrounding Chevrolet's worst-kept secret, the next-generation mid-engine Corvette, should be more than enough to perk up enthusiasts' ears.

The rather detailed information comes from a Car and Driver report, which pegs three engines for the sports car turned supercar. At launch, the C8 Corvette will receive an upgraded version of the current 6.2-liter LT1 V-8 found in the current Corvette Stingray. However, horsepower will allegedly increase from 460 to 500 to make up for some added weight.

Moving right along, we arrive at the juicier details. Chevrolet will reportedly stick a 5.5-liter DOHC flat-plane crank V-8 engine under the hood, and it will produce at least 600 hp. Expect a redline much higher than in past Corvettes. Soon thereafter, C/D reported, the same 5.5-liter V-8 engine will receive two turbos to send horsepower to about 800. We previously were treated to CAD images showing a twin-turbo V-8 engine for the mid-engine Corvette. Now, it seems quite likely we were staring at the 5.5-liter V-8 referenced in the latest report.

Not enough? No problem for Chevrolet and General Motors engineers. Sitting atop the engine hierarchy will be a 1,000 hp all-wheel-drive hybrid setup, according to C/D. The basis of the powertrain will remain the 5.5-liter twin-turbo V-8 engine, but a 200-hp electric motor will power the front wheels, while the internal-combustion engine will send power to the rear. That's where the 1,000 hp figure comes into play.

Despite all of the spectacular engineering work, the report claims Chevrolet will keep the mid-engine Corvette an everyman's sports car with supercar levels of performance. Thus, the C8 Corvette will likely be largely made of aluminum with various components made from magnesium and carbon fiber. Fiberglass will make up most of the body panels and total weight should come in around 3,500 pounds.

That all sounds like great news, but it appears there is bad news for the #giveashift crowd. According to C&D's intelligence, no manual transmission is planned. Instead, a new Tremec 8-speed dual-clutch will be the only transmission.

Before wrapping up the load of enlightening details, C&D also noted that we will likely see more of the car in the spring of 2019.