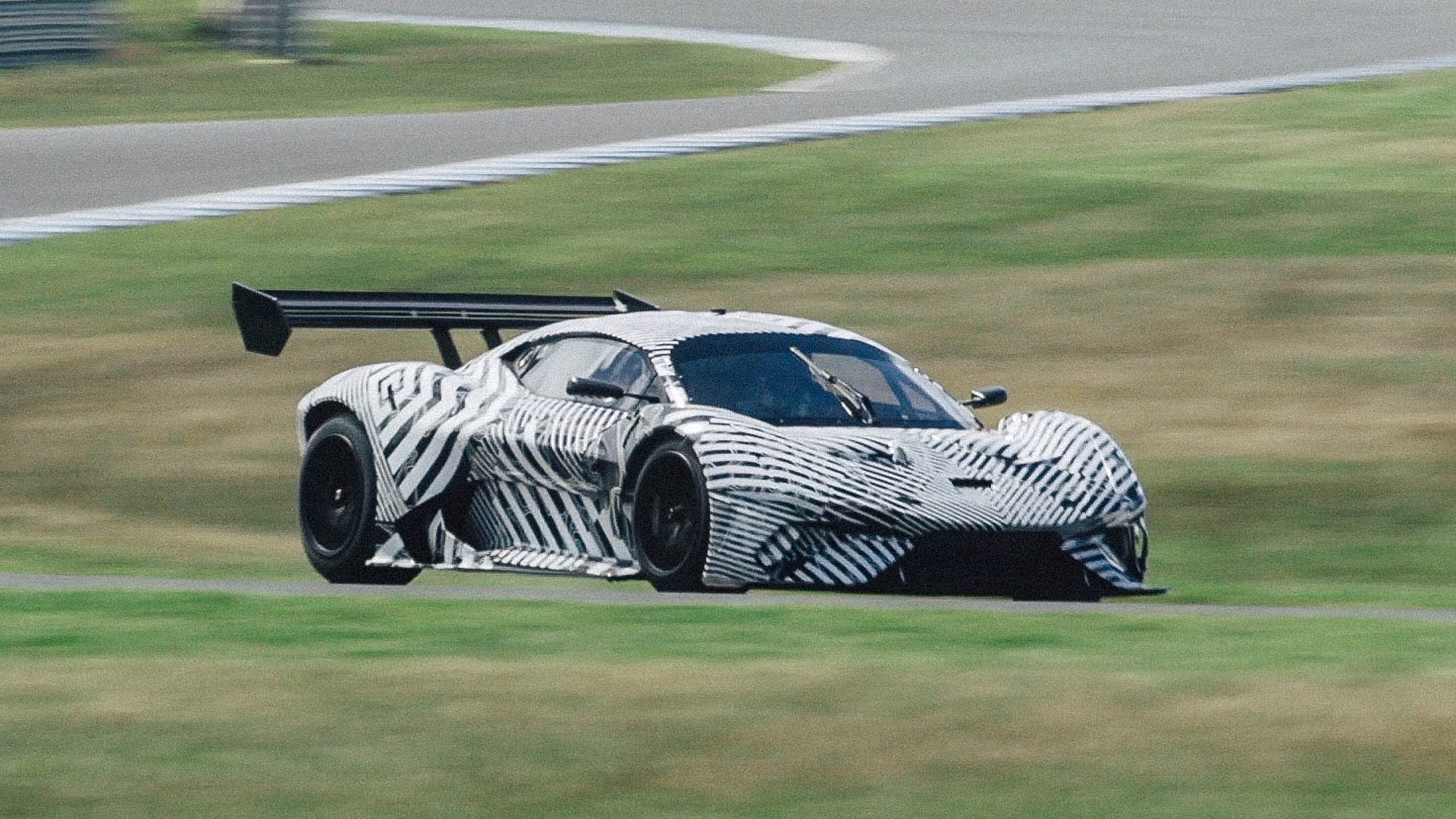 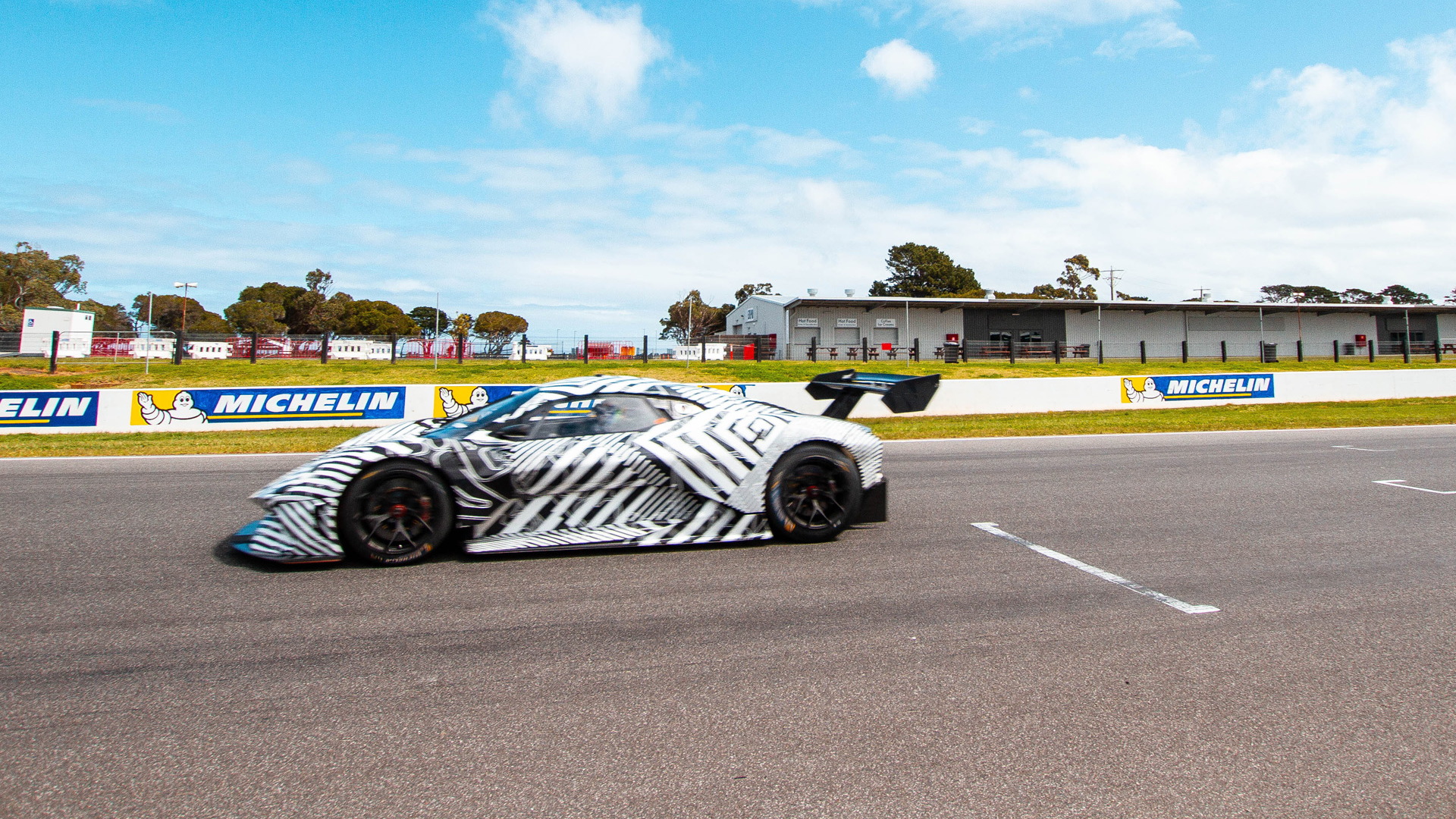 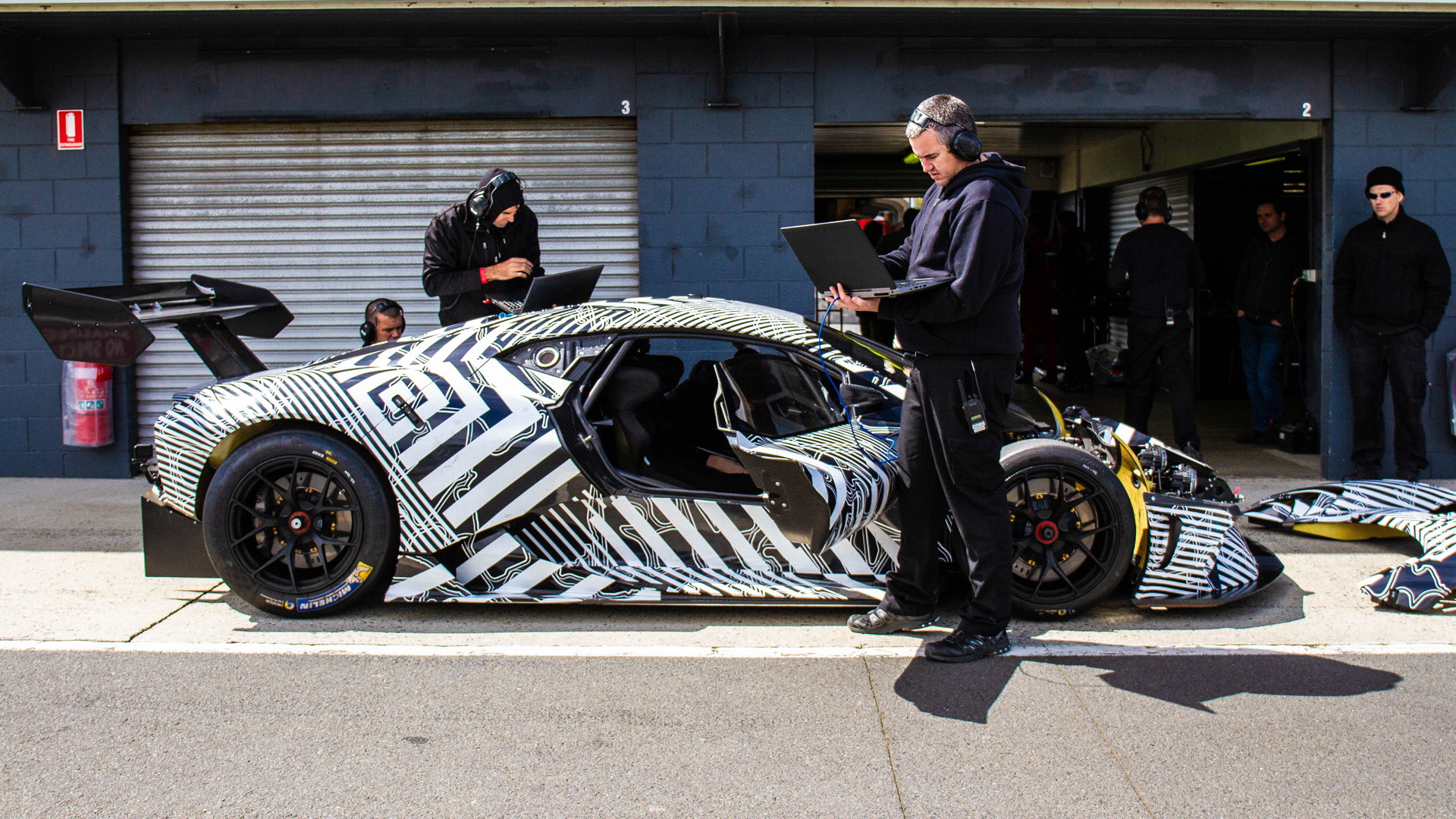 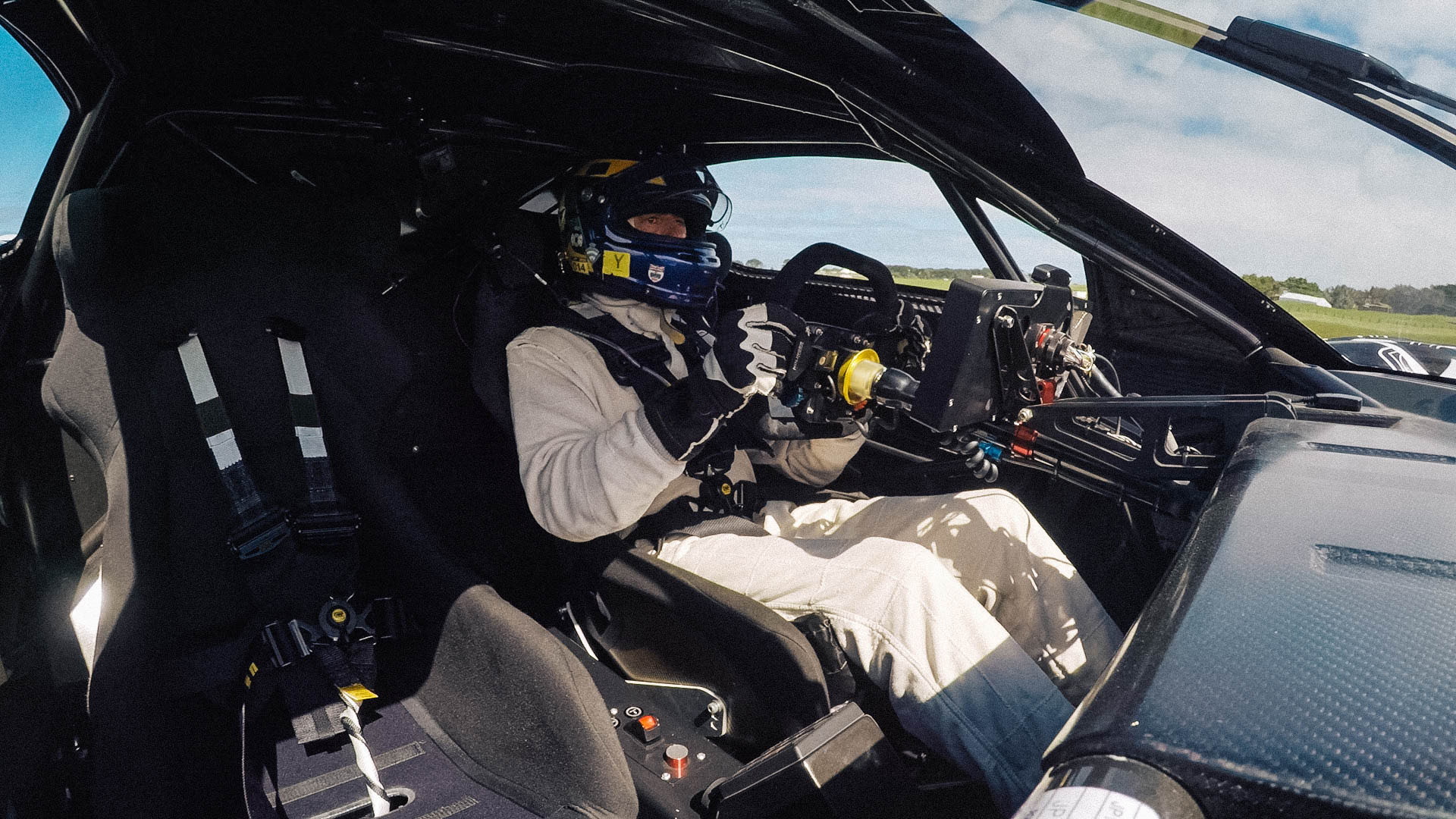 The track-only supercar made its debut this month in London and now we have video of it storming Australia's picturesque Phillip Island Grand Prix Circuit.

Doing the driving is Brabham's Le Mans-winning managing director, David Brabham, a son of late Brabham co-founder and three-time Formula 1 world champion Jack Brabham. He's been helping the development team fine tune the car ahead of the start of deliveries late this year.

Brabham has led the team over the past two years to assess and validate the BT62’s performance, honing its handling characteristics to deliver a car that, in his own words, “establishes the connection between vehicle and driver, without compromising performance or safety.”

One of the performance targets was faster pace than the current breed of GT race cars. How is that possible? Brabham says the BT62 is essentially a GT race car whose development hasn't been restricted by any racing regulations.

“Don’t think of the BT62 as a supercar or track-biased road car, think of it as an unrestricted GT racer,” Brabham R&D boss Paul Birch said. “It’s in a different league.”

That doesn't mean we won't ever see road and racing versions of the BT62. Brabham is already considering both, including a potential Le Mans racer, though additional versions will depend heavily on how successful the company is in selling the 70 promised BT62 track cars.

Production of the BT62 will commence later this year at a new facility in Adelaide, Australia.