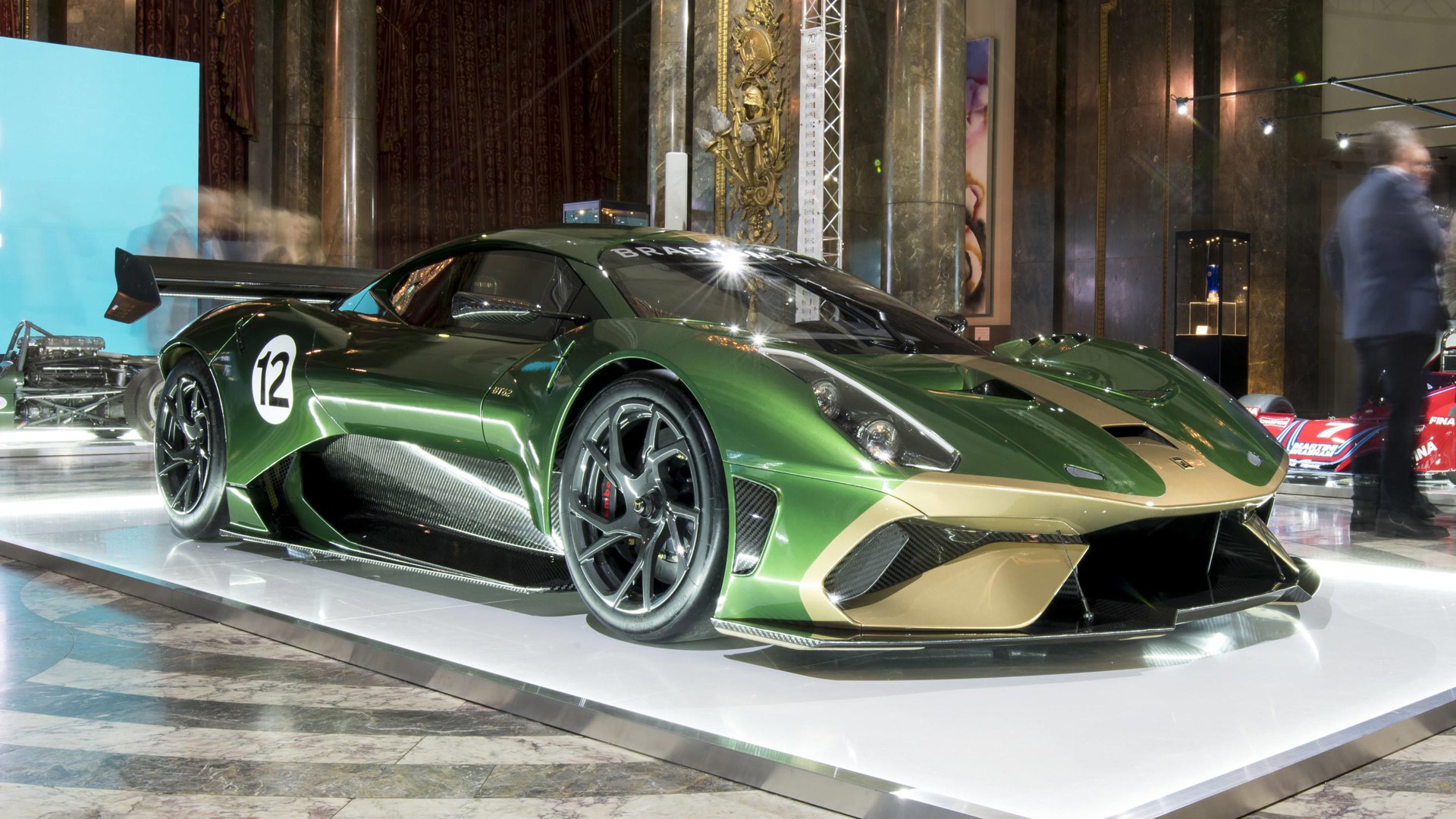 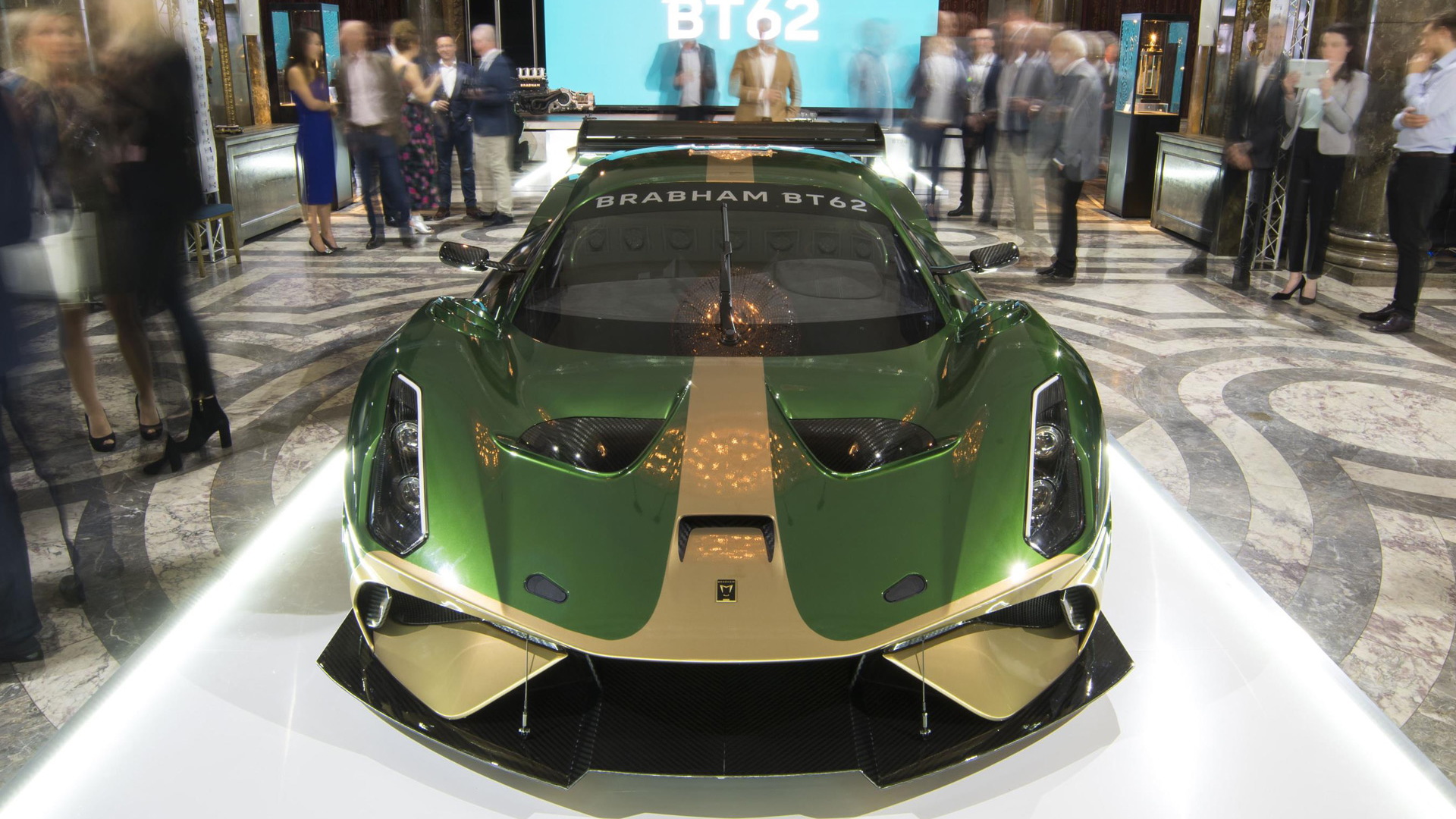 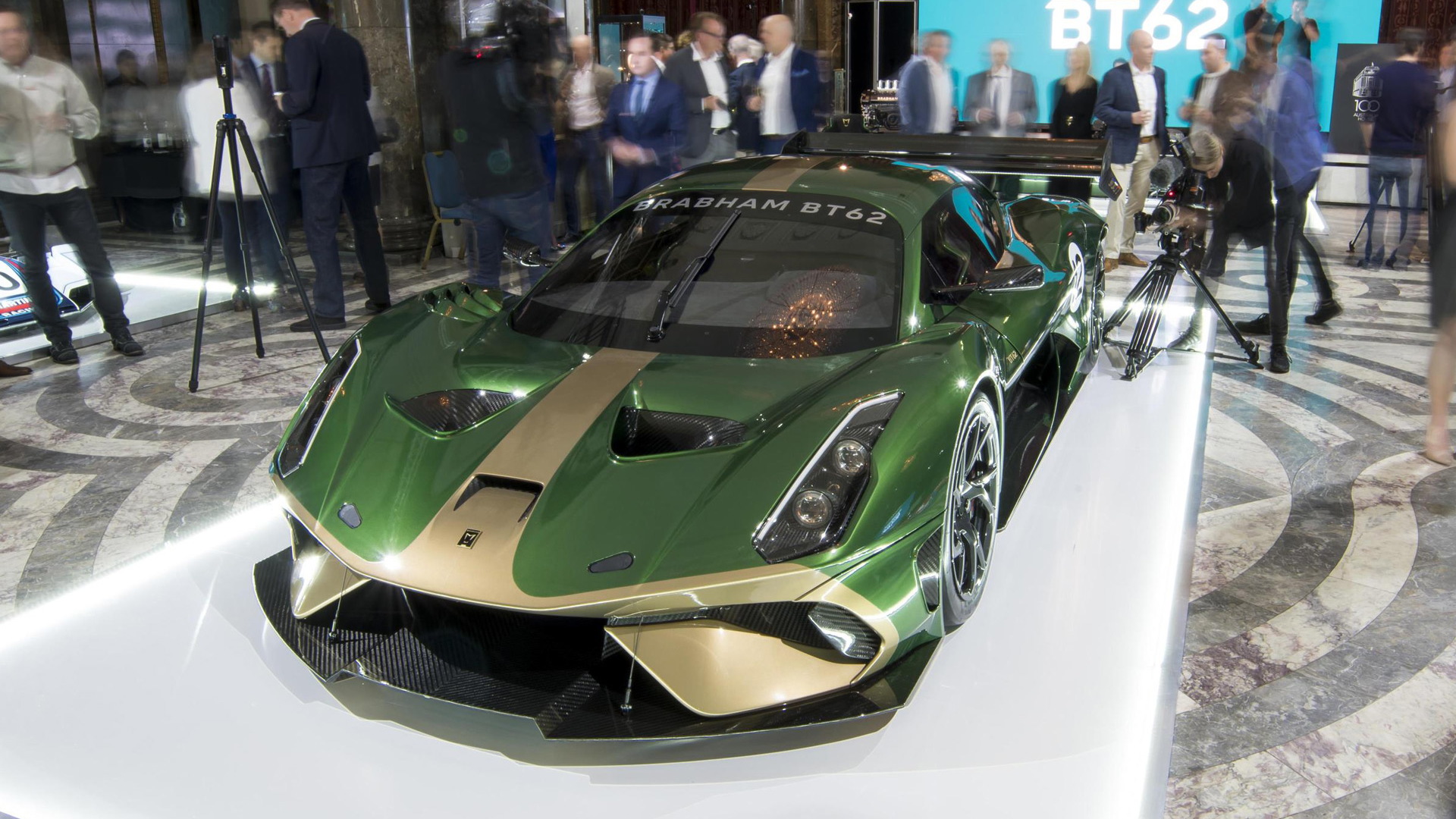 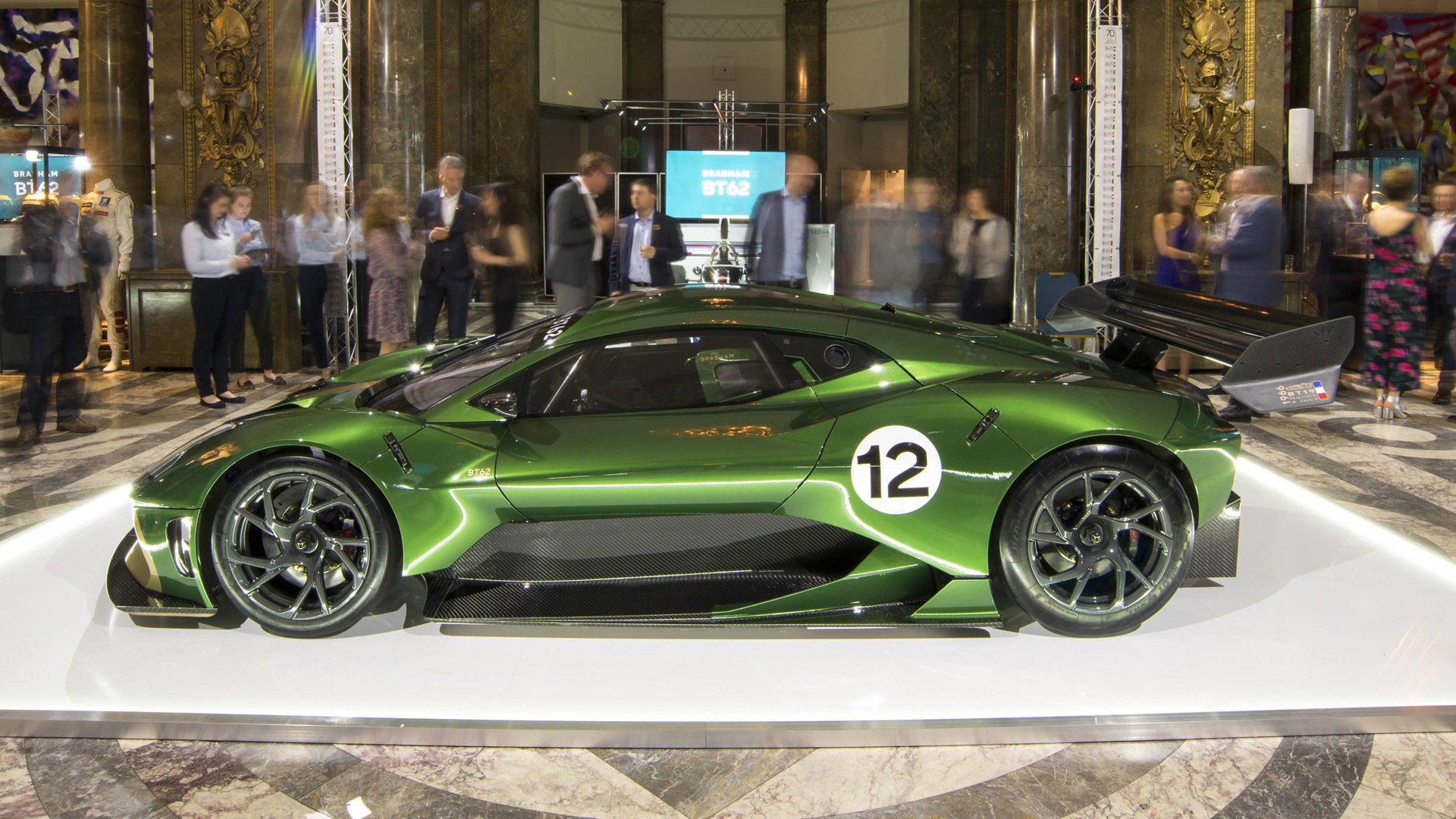 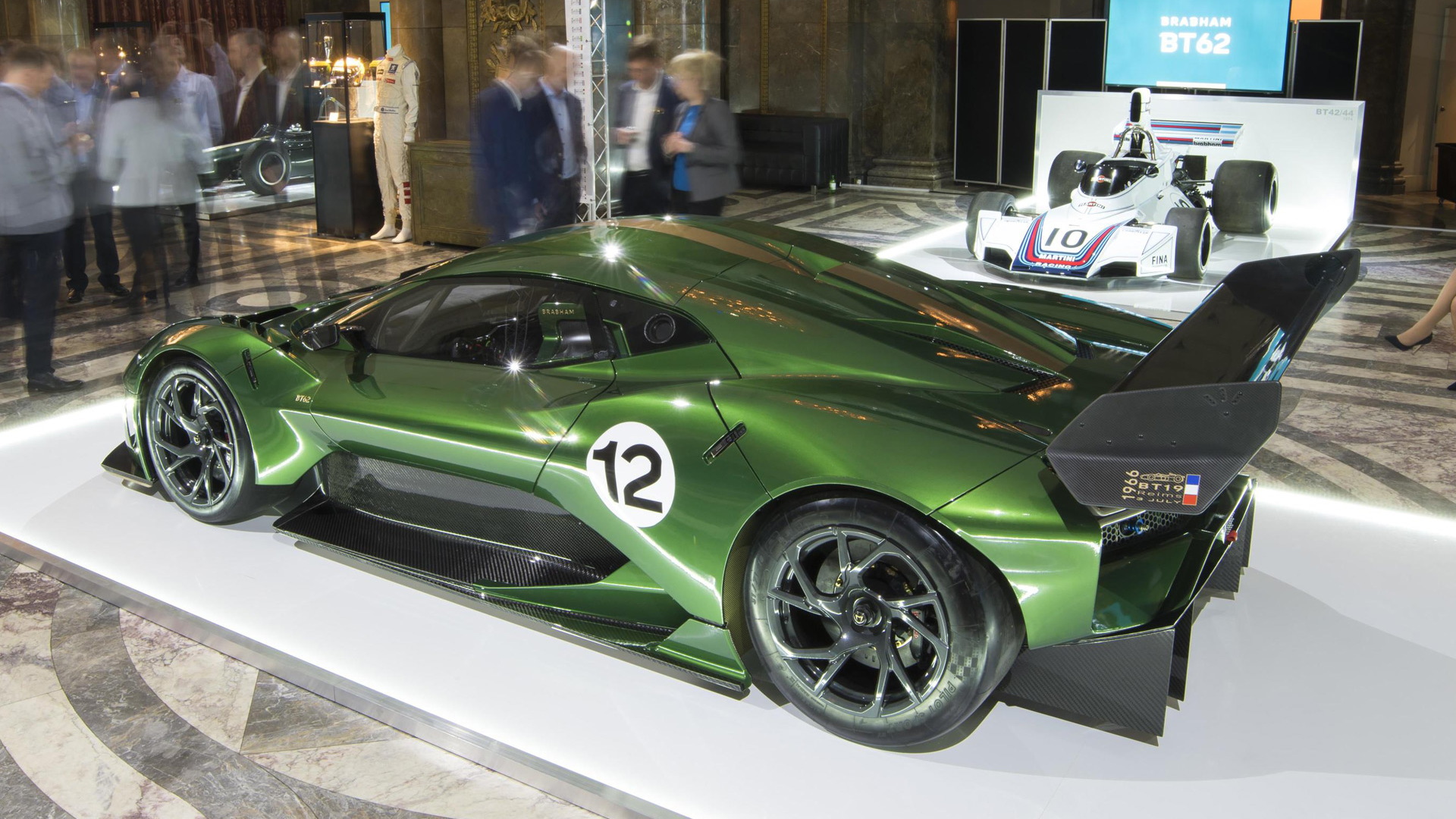 If you love all things Formula 1, then you know the name Brabham. Throughout the early days of the sport, Jack Brabham and his race team captured plenty of wins, two constructors championships, and four driver's championships.

Now the Australian racing legend's son David, a racer himself and multiple Le Mans winner, is reviving the name for a new machine, and it's called the BT62. This isn't some fancy road car, though. The Brabham BT62 is a 700-horsepower track-only racing tool.

Focused is probably the proper word to describe the BT62. The body panels are crafted from carbon fiber and wrap a lightweight spaceframe chassis. Inside the wheel wells, Brabham utilizes carbon kevler for even more lightweight strength. Double-wishbone suspension can be found both fore and aft, while a set of Ohlins provide the damping. 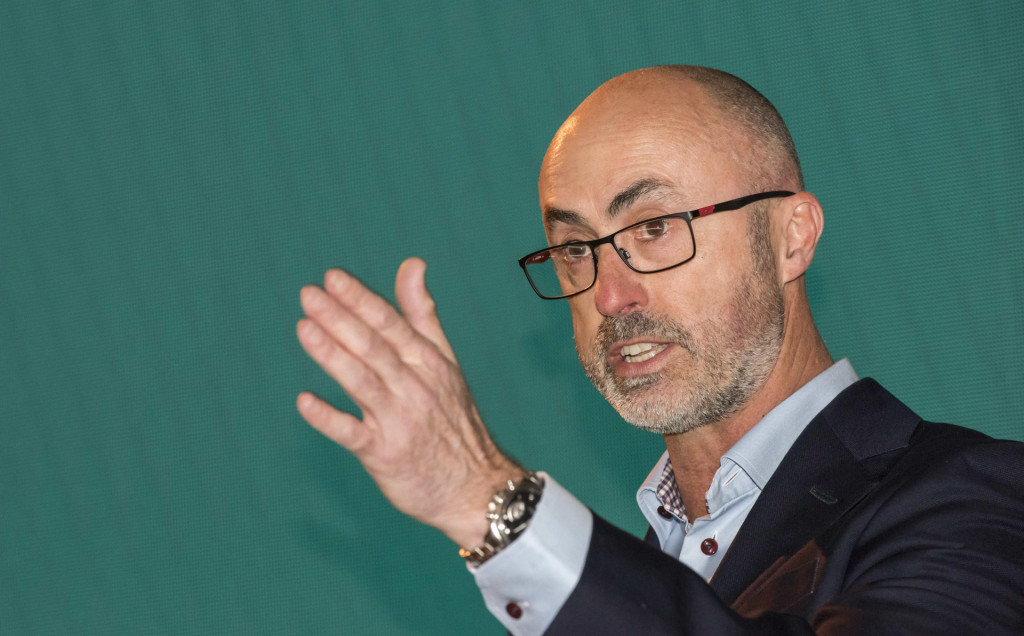 Powering the BT62 is a mid-mounted 5.4-liter V-8 engine, which Brabham says was designed in-house. It's clearly a good design, seeing as it makes 700 horsepower at the crank and 492 pound-feet of torque. A 6-speed sequential gearbox sends the power to the rear wheels. During downshifts, the transmission will rev match, and the driver doesn't have to lift during upshifts. It's all business all the time here.

To haul in the tremendous speed, Brabham has fitted the BT62 with Brembo brakes with six-piston calipers both front and rear. These are a new carbon-on-carbon design like you find in F1. A set of 18-inch centerlock wheels hides those brakes, and the rubber is a set of Michelins produced just for this car.

How much does the Brabham BT62 weigh? Just 2,142 pounds. Then there's the downforce, which Brabham says will be an insane 2,645 pounds. That's similar to what another naturally aspirated supercar promises, the Apollo Intensa Emozione, and almost 1,000 pounds more than the McLaren Senna, the BT62's most direct rival. 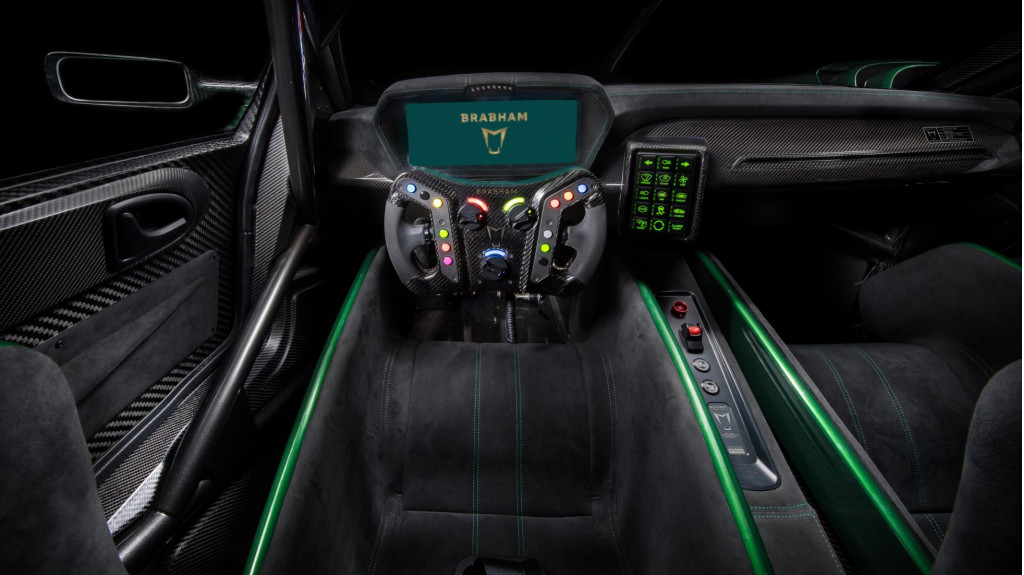 Swing open a door and you'll find a cockpit that's clearly geared toward going fast on a racetrack, not one prepped for runs to Starbucks. The seats are suede-wrapped carbon buckets, and the pedal box is adjustable. A six-point harness will hold the driver firmly in place, and the steering wheel features myriad buttons. Leather door pulls help reduce weight, a further reminder that this is a race car.

Do you want to take one racing? Tell your accountant to prepare at least $1.3 million. Also, you should hurry up. Brabham is building just 70 examples.

Production, in both left- and right-hand drive, will take place in near the Australian city of Adelaide and the first examples will be delivered late this year.