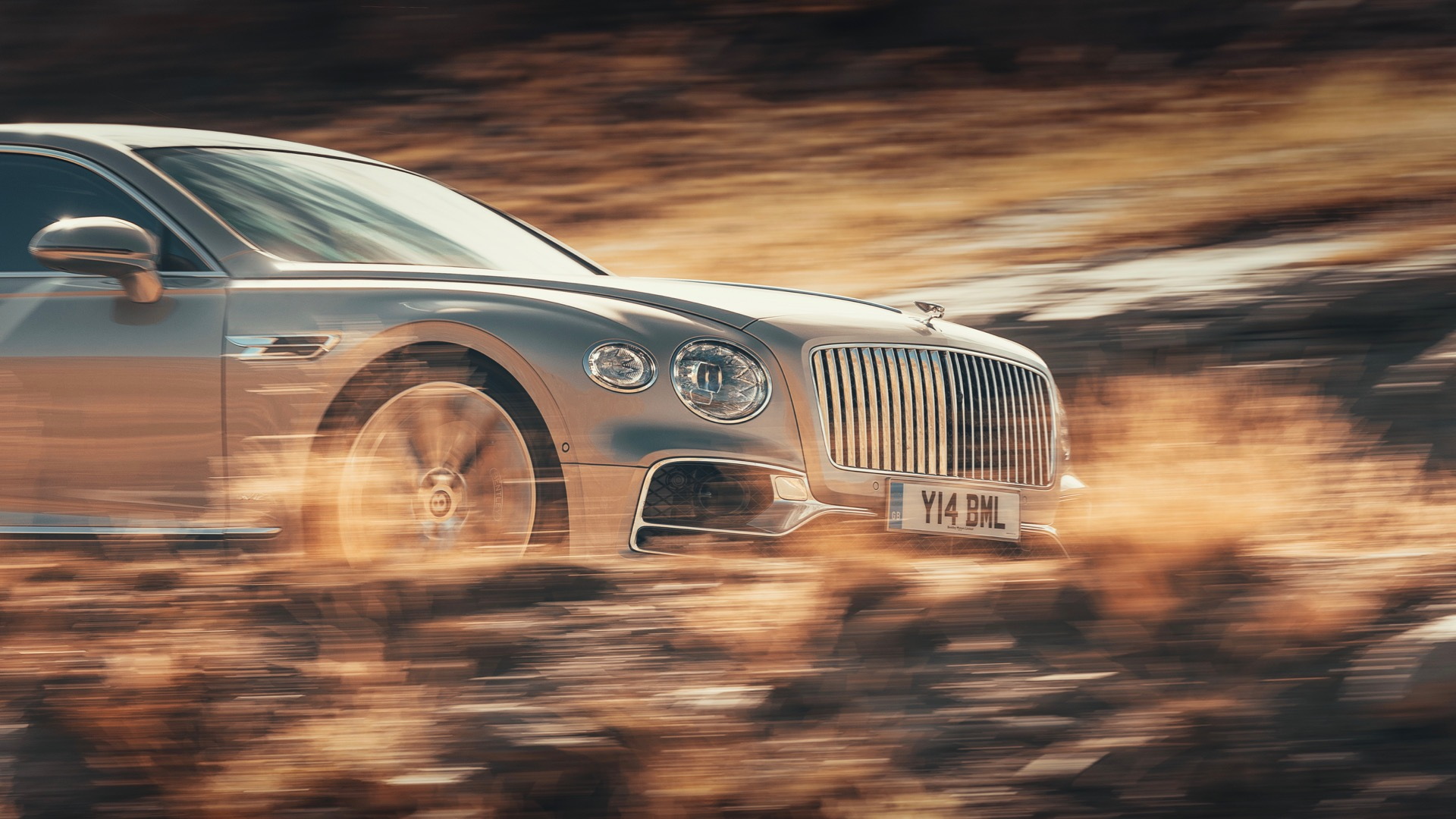 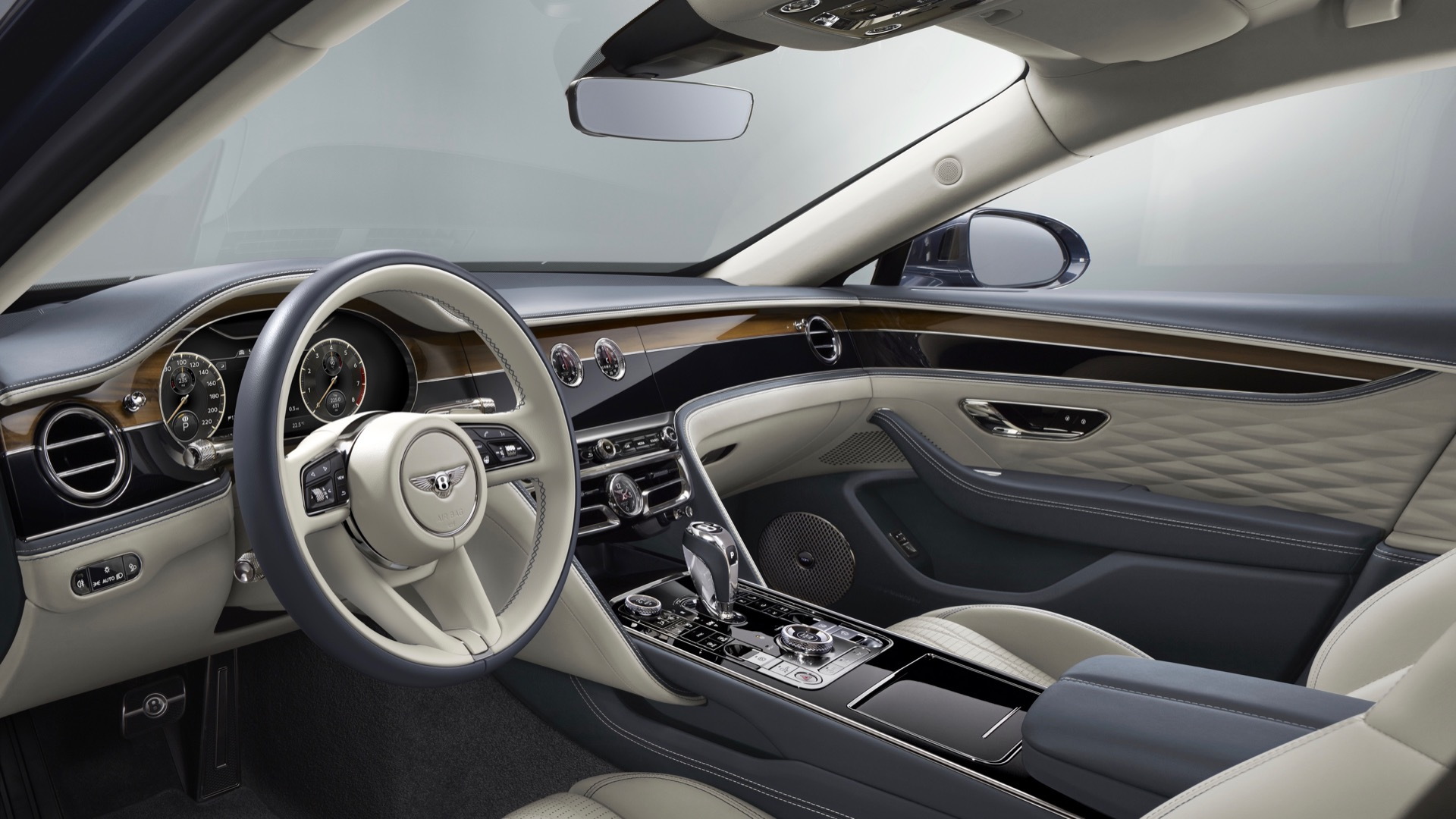 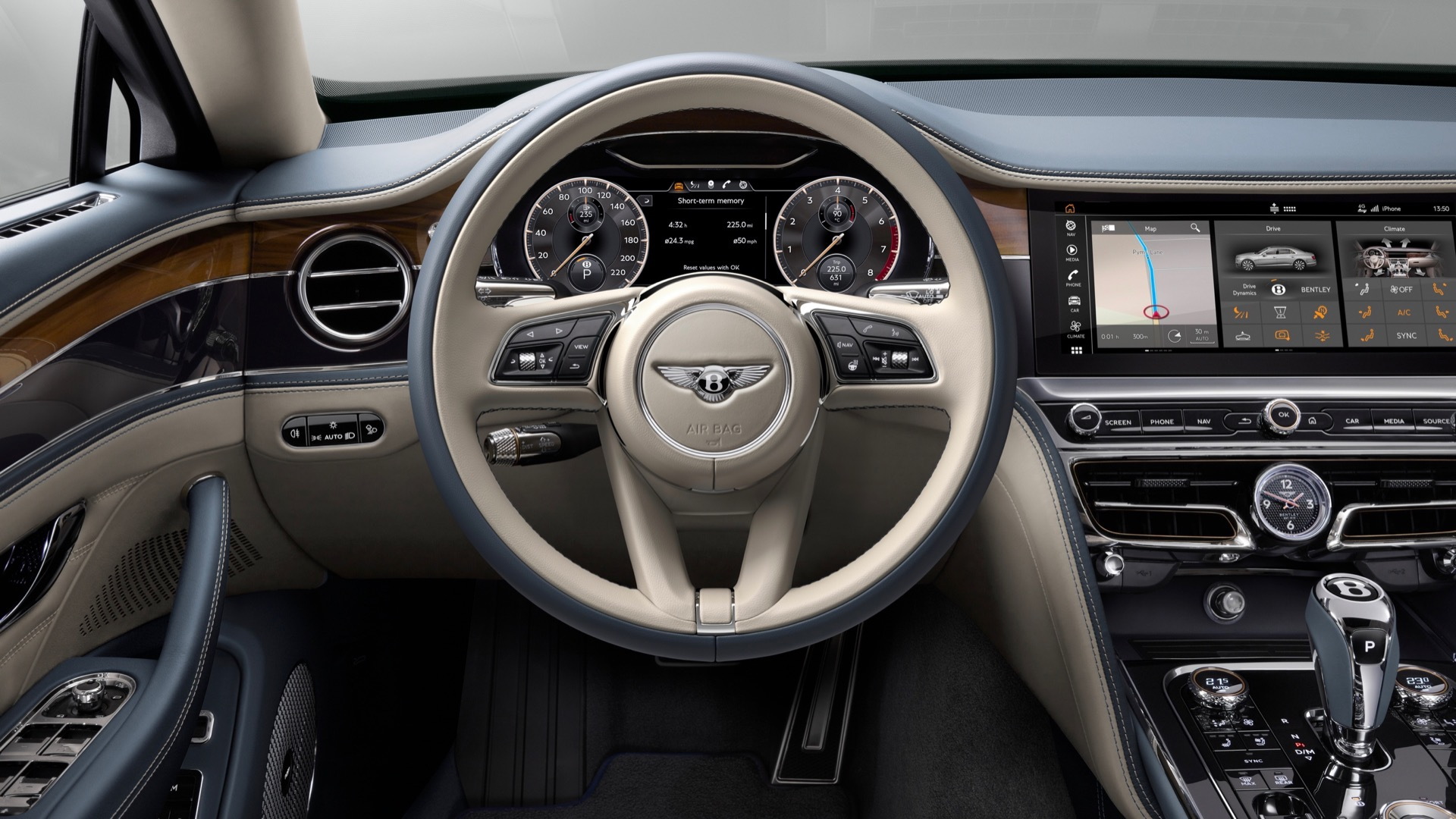 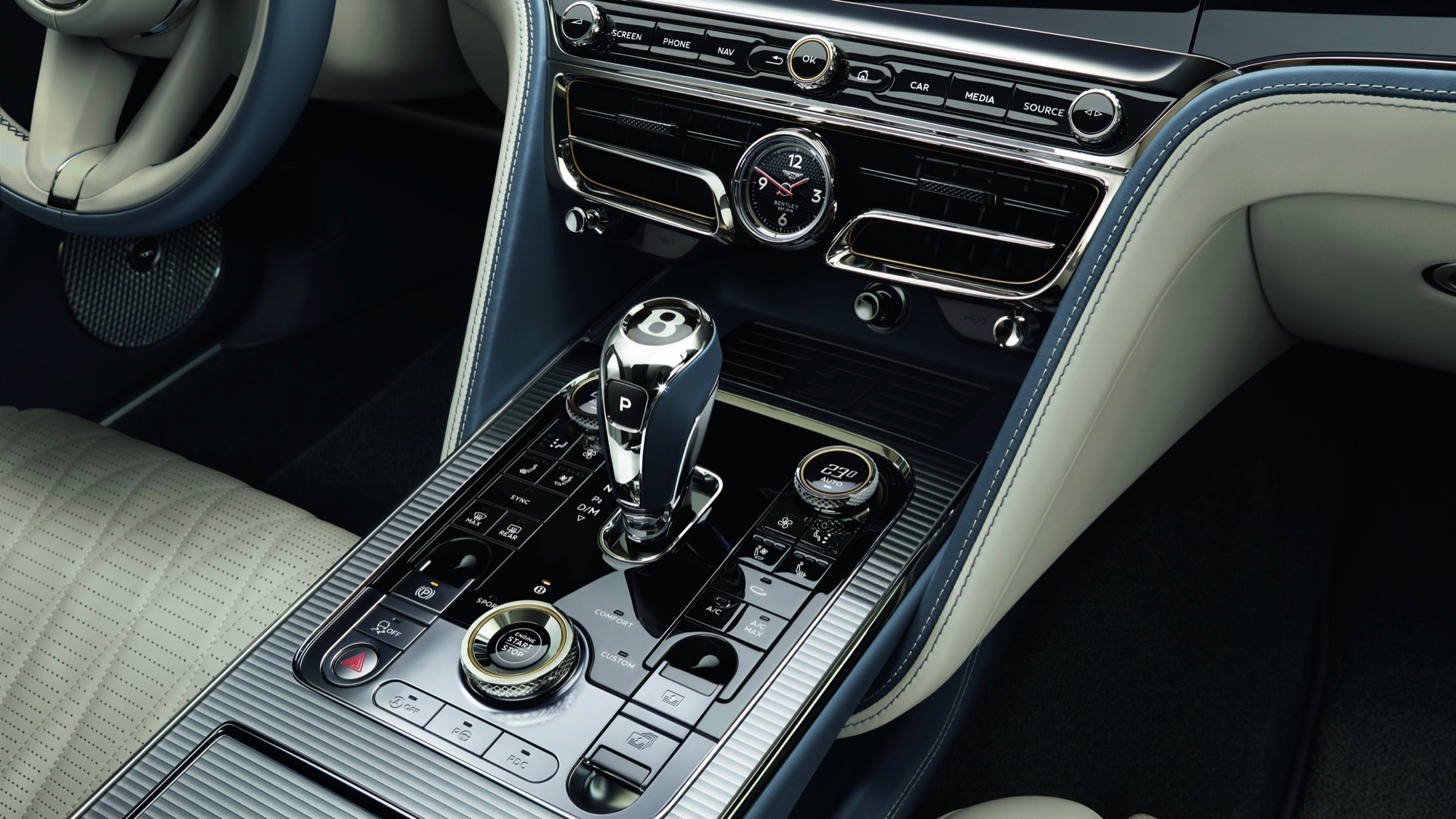 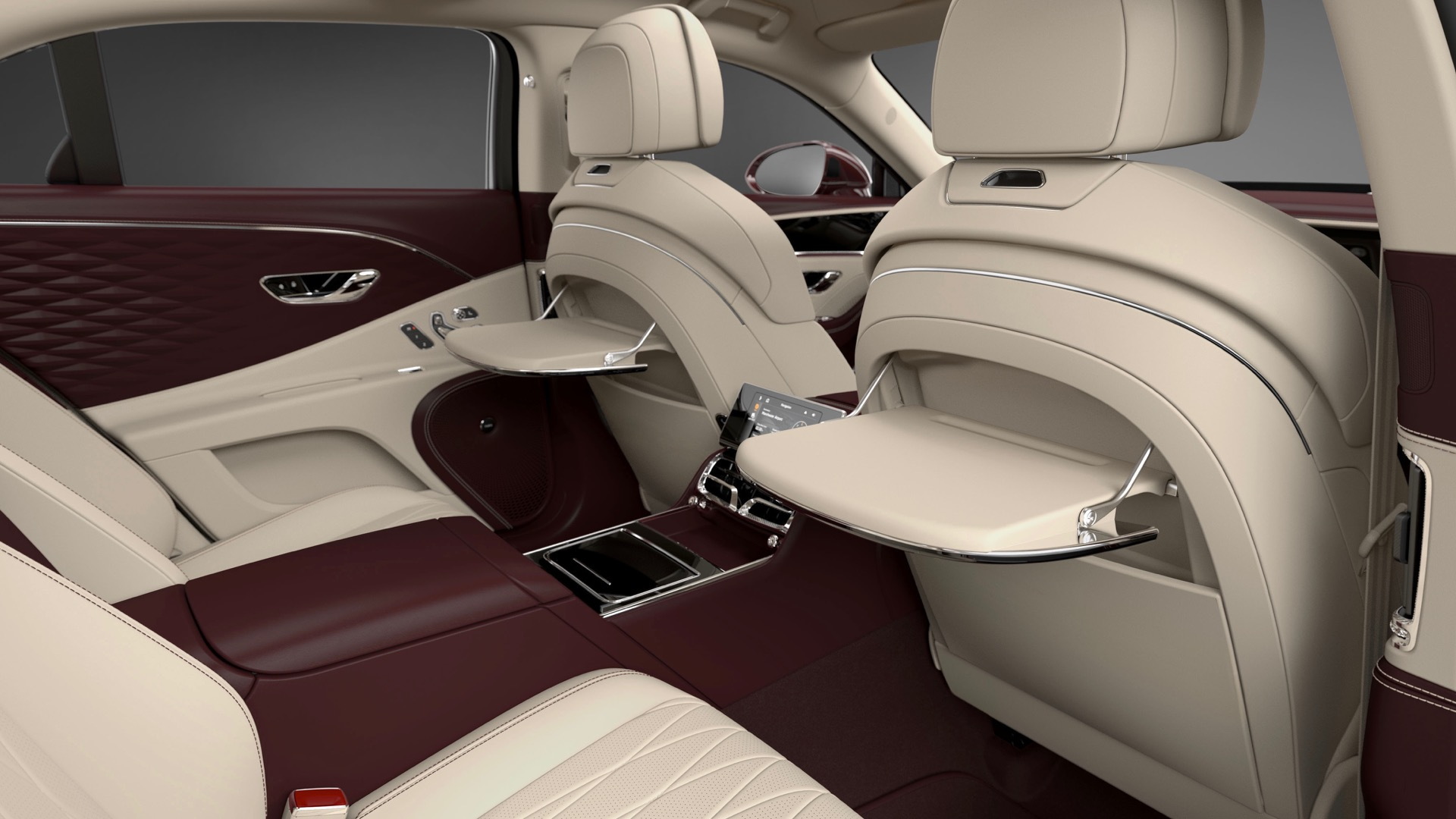 With the Mulsanne gone, the Flying Spur is now Bentley's sole remaining sedan. Redesigned for the 2020 model year, the 2021 Bentley Flying Spur now gets a handful of updates, mostly in the form of added personalization options.

The Flying Spur can now be had in a four-seat configuration, with a console bisecting the cabin front to rear. The console houses a remote for the rear 5.0-inch touchscreen, cupholders, and extra storage space. A rear armrest with two USB ports, a 12-volt outlet, and optional heating and wireless phone charging is part of the setup as well. Seats are semi-aniline leather with cross stitching done by hand.

Bentley is also offering electrically-operated picnic tables that deploy from the backs of the front seats. The leather-trimmed tables have recesses for a pen or stylus.

A new steering wheel with capacitive sensors is now standard equipment. Already used on numerous other cars, the sensors detect when the steering wheel is being held, ensuring the driver isn't misusing the Flying Spur's driver aids.

The Flying Spur is based on the Bentley Continental GT, and shares the two-door model's 6.0-liter twin-turbocharged W-12. The engine produces 626 horsepower and 664 pound-feet of torque, which is sent to all four wheels through an 8-speed dual-clutch transmission. Bentley previously quoted 0-60 mph in 3.7 seconds, with a top speed of 207 mph.

The new trim features are available to order now. Bentley did not discuss any other updates, but V-8 and plug-in hybrid powertrain options are expected in the near future.