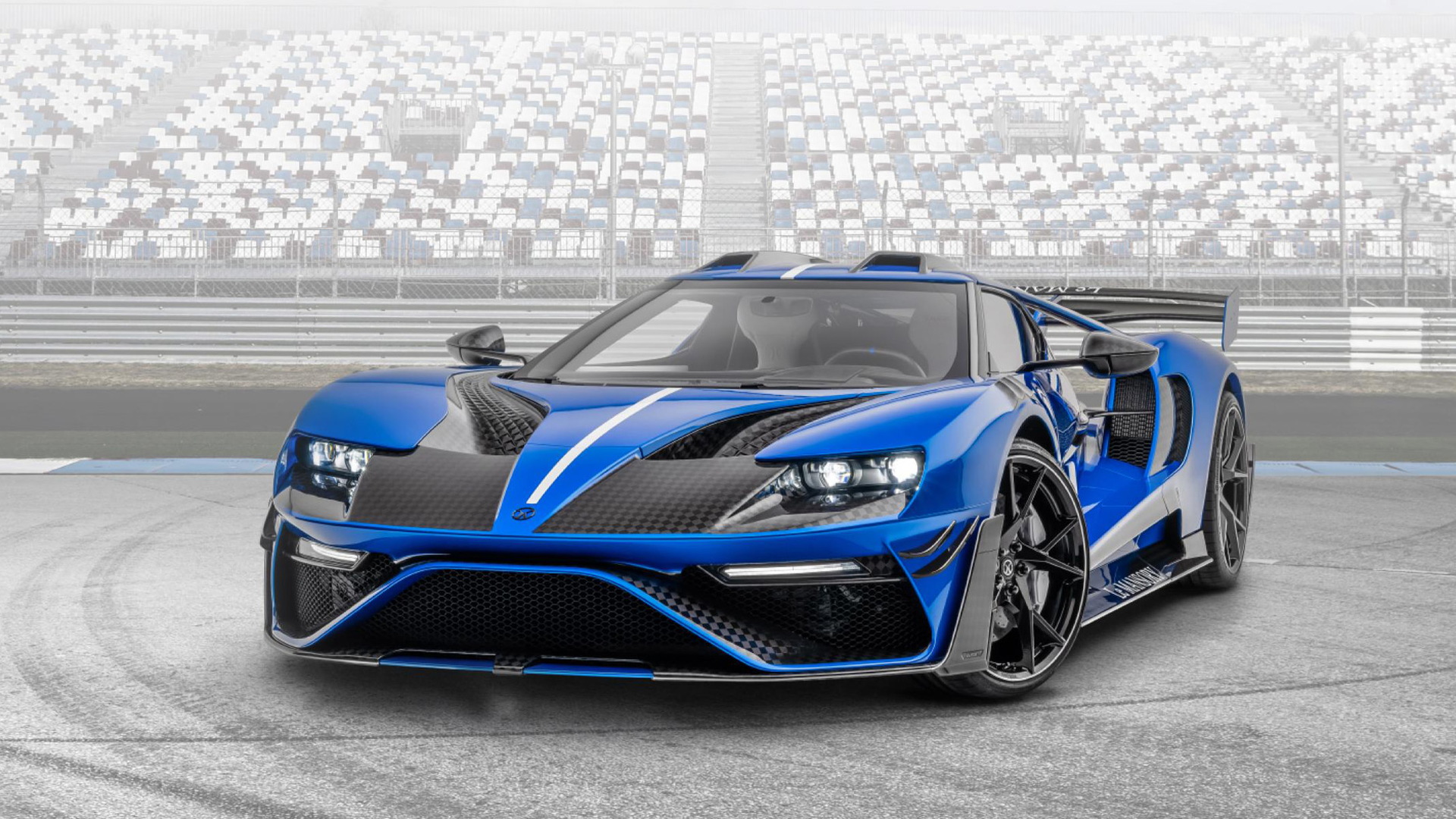 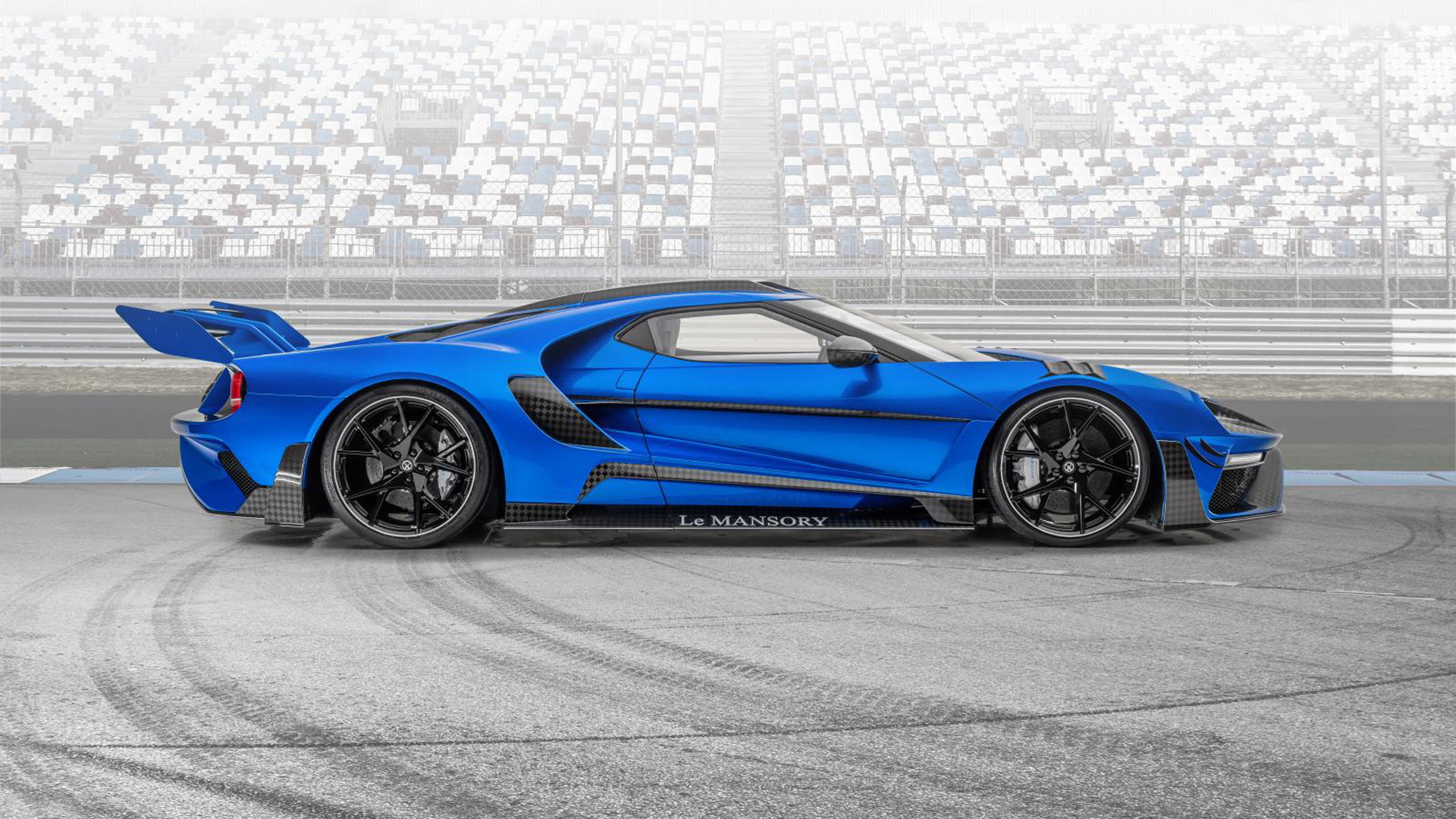 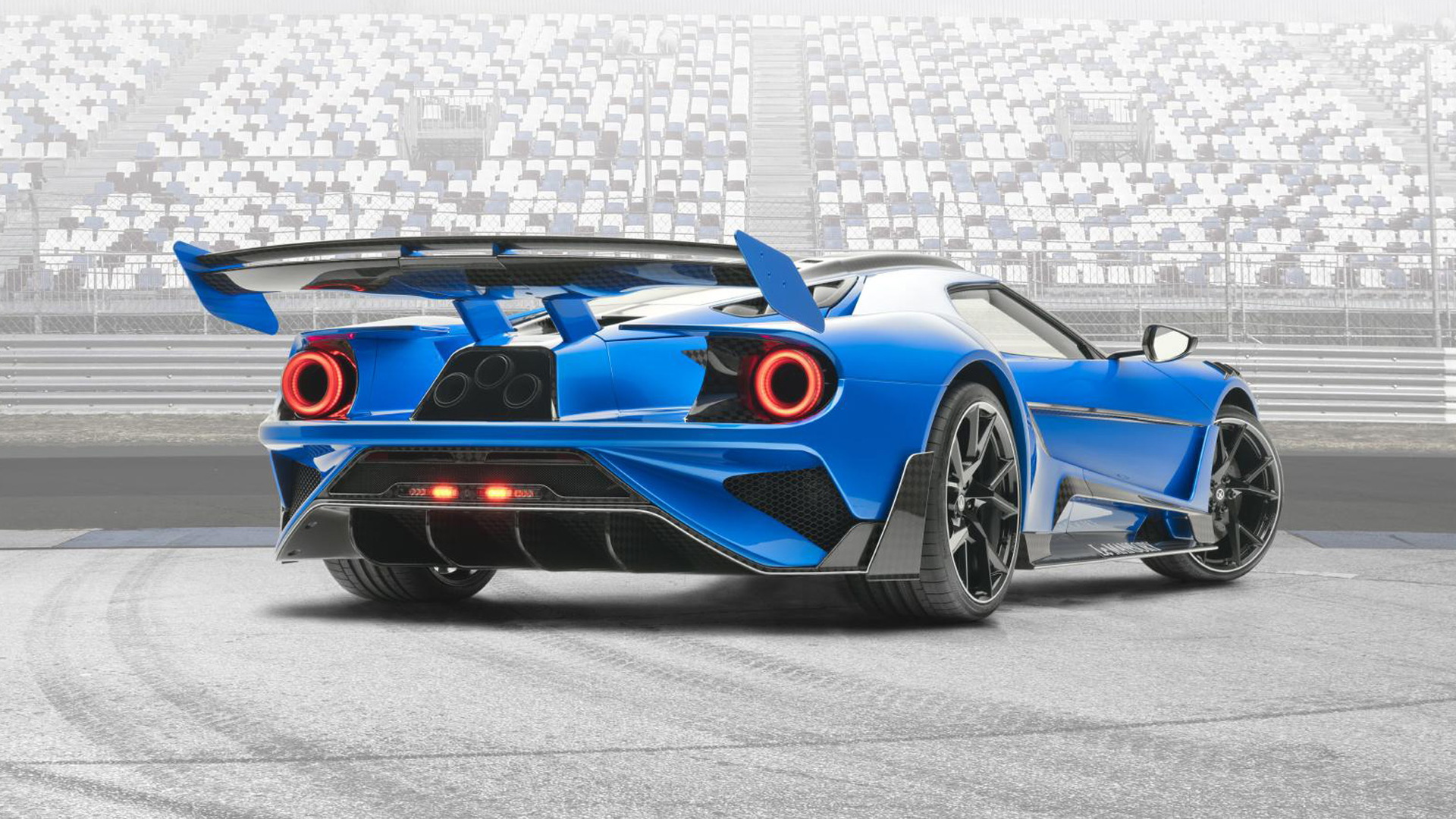 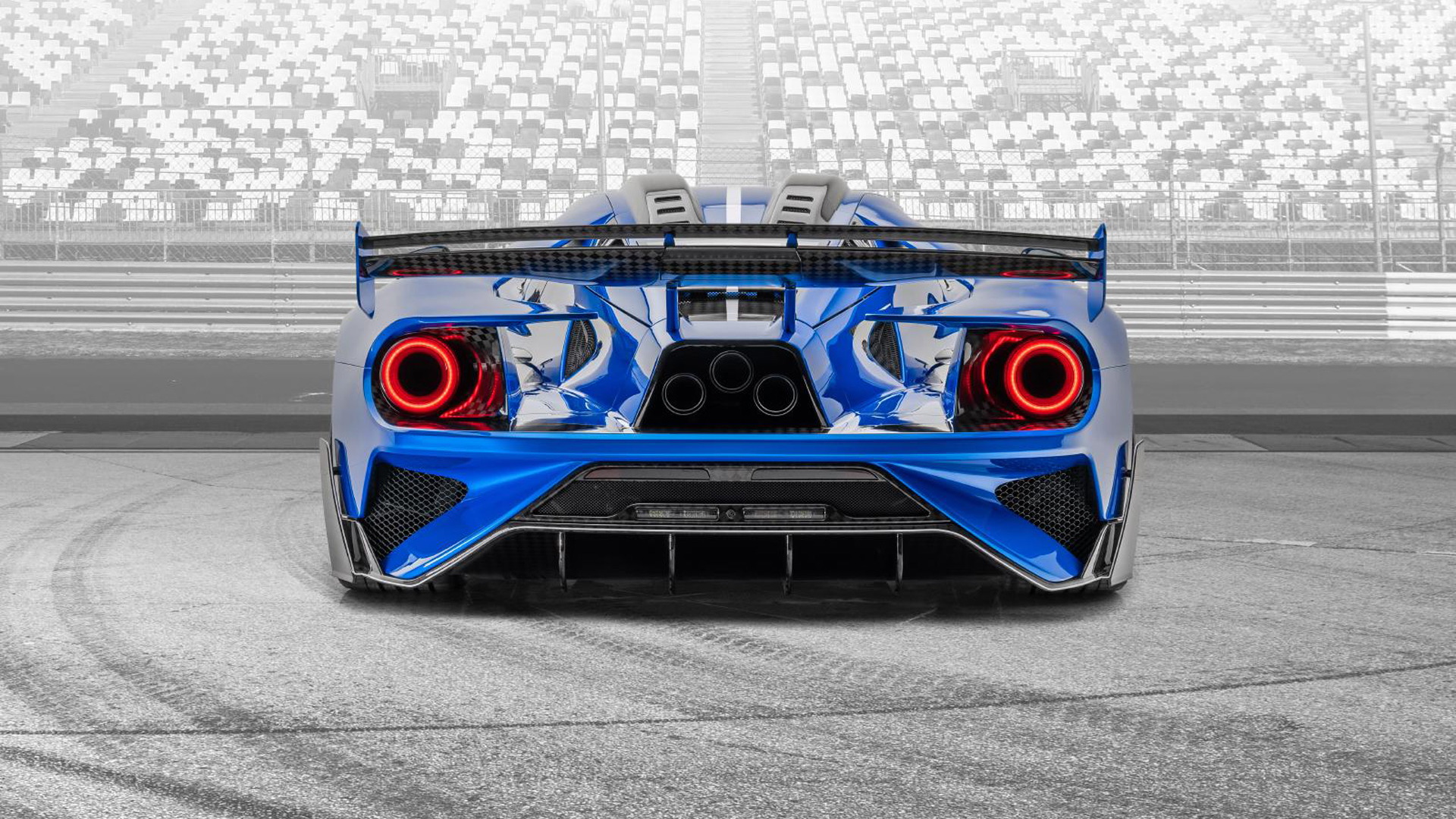 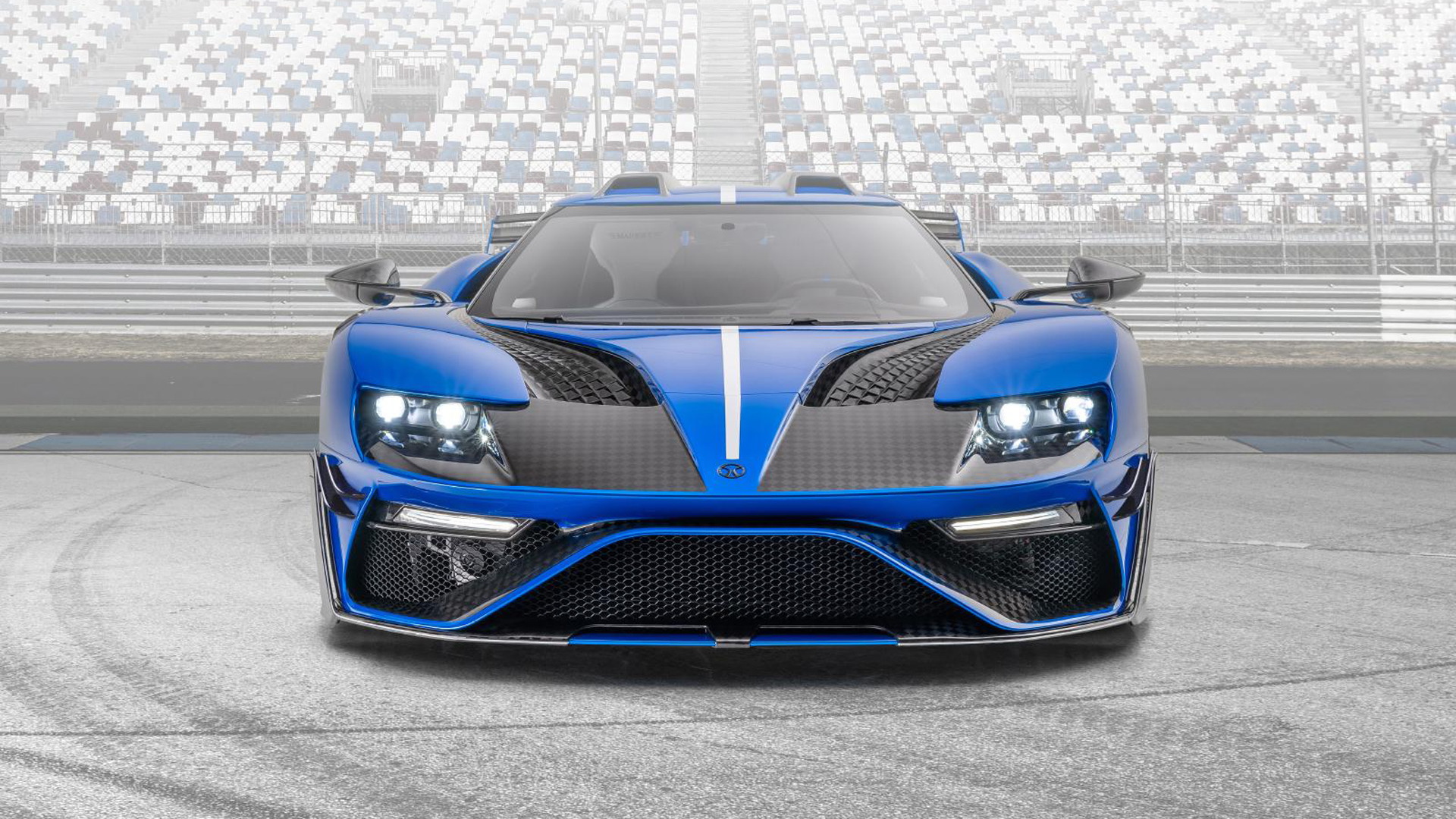 Mansory's designs may be an acquired taste, but there's no doubting the level of craftsmanship and attention to detail that goes into each of its builds.

Case in point is the new LeMansory based on the Ford GT, which Mansory developed to celebrate its 30th anniversary this year. Just three will be built (one for each decade of Mansory's existence), and all of them will feature the same shade of blue known as Bleurion Race.

The body of the donor GT has been replaced by Mansory's own design which is made from carbon fiber and measures almost two inches wider than the stock GT's body. The front of the car represents the biggest departure from the donor GT, with Mansory installing its own headlights and a new fish scale-like carbon fiber design created in-house.

According to Mansory, the aggressive design of the LeMansory is fully functional, as it helps to generate more downforce and feed more air into the engine area. The latter is especially important as Mansory has also dialed up performance of the GT's 3.5-liter twin-turbocharged V-6. 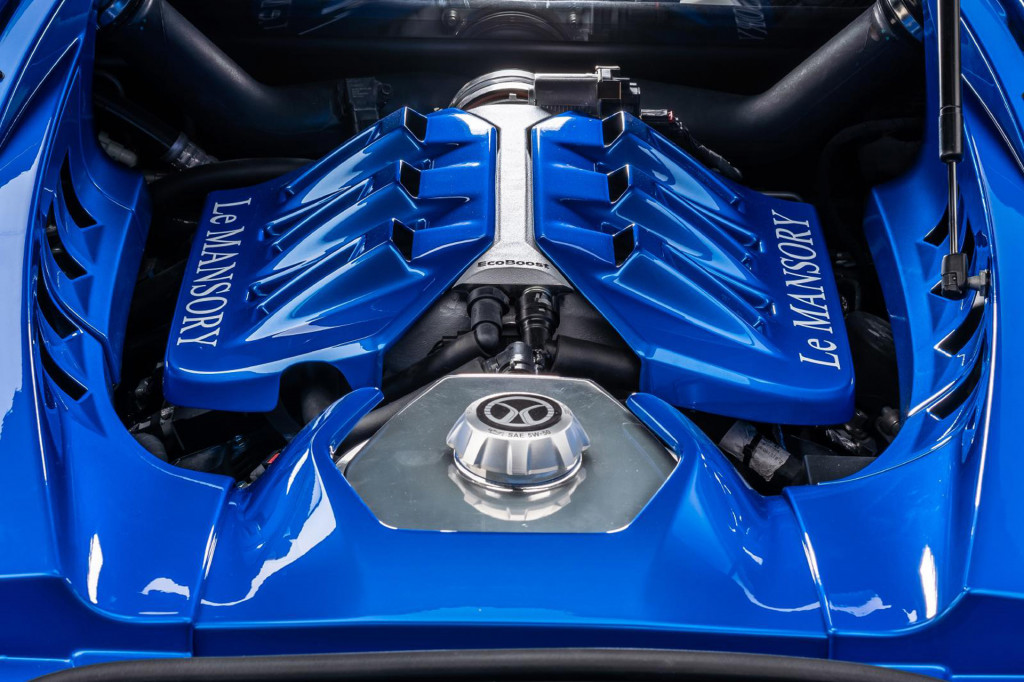 In the LeMansory, the engine is delivering 700 horsepower and 620 pound-feet of torque. In comparison, the latest version of the Ford GT comes with 660 hp and 550 lb-ft. With the added oomph and new aerodynamics, Mansory says the LeMansory will reach a top speed of 220 mph versus 215 mph for the stock GT.

Mansory says it also performed some chassis mods on the car, including adding its own 21-inch wheels (9x21 inches front and 12x21 inches rear) wrapped in Continental Sport Contact 6 tires.

The interior has also been completely revamped, with Mansory's designers taking a more upmarket approach than the raw, race car-like design Ford used. Alcantara has been used to cover many of the touch points, and a combination of blue and white colors also adds a bit more life in the cabin.

There's no mention of pricing but we'd figure you'll need at least seven figures in the bank. Mansory also didn't say whether the buyer will need to secure their own Ford GT. Ford isn't selling the car to just anyone, although early buyers are now eligible to sell their cars on the used market now that the two-year waiting period is over.