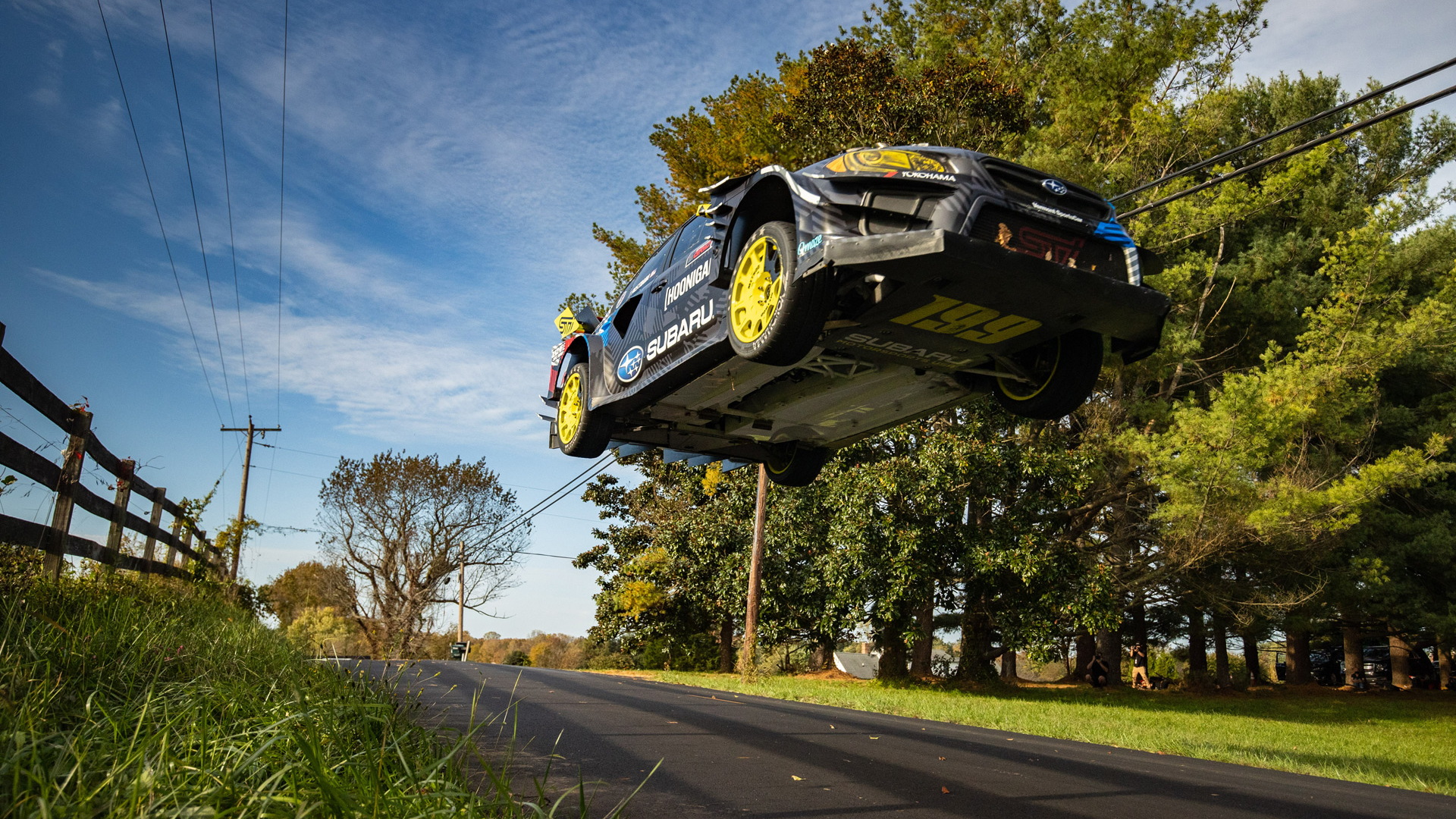 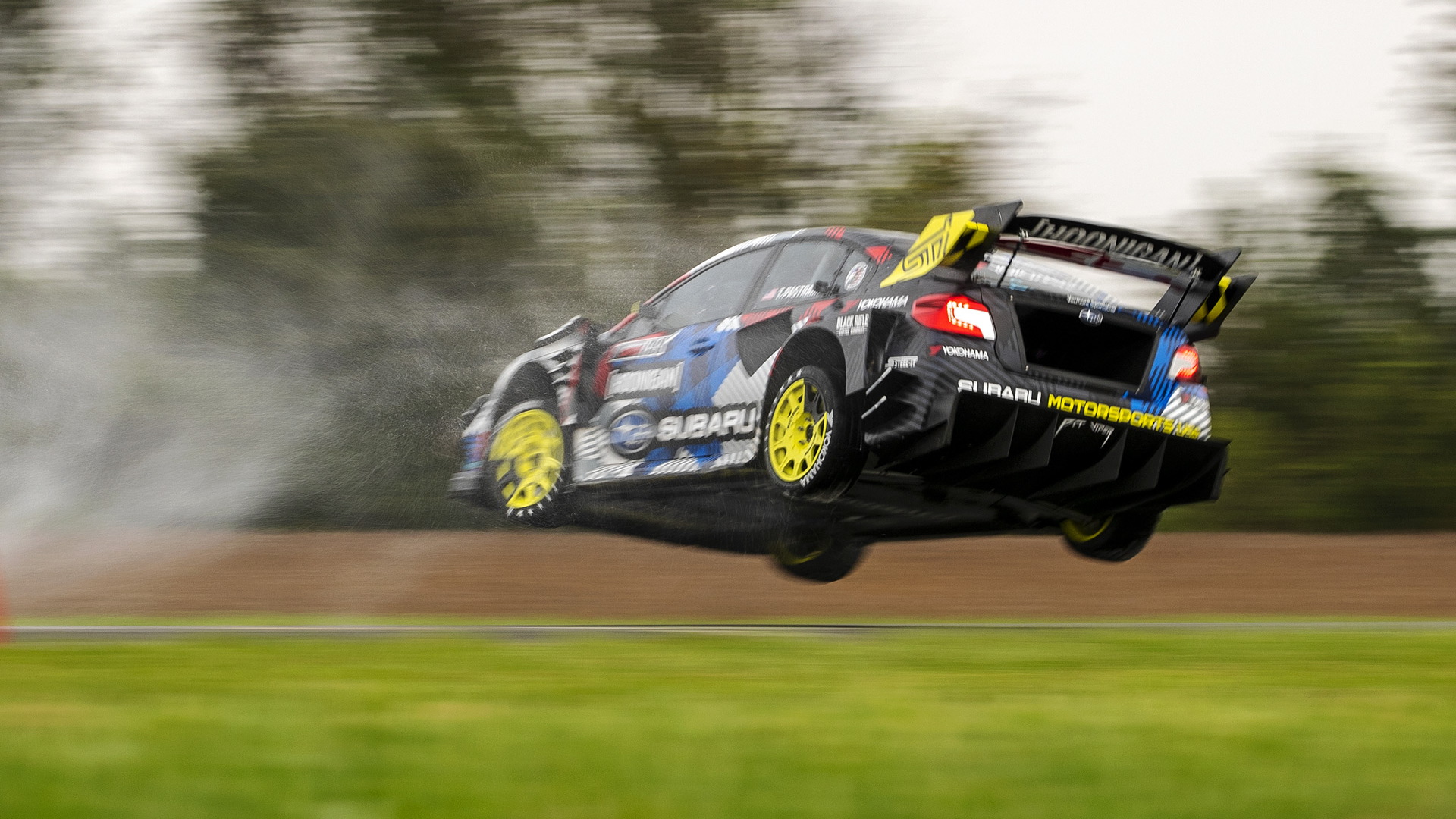 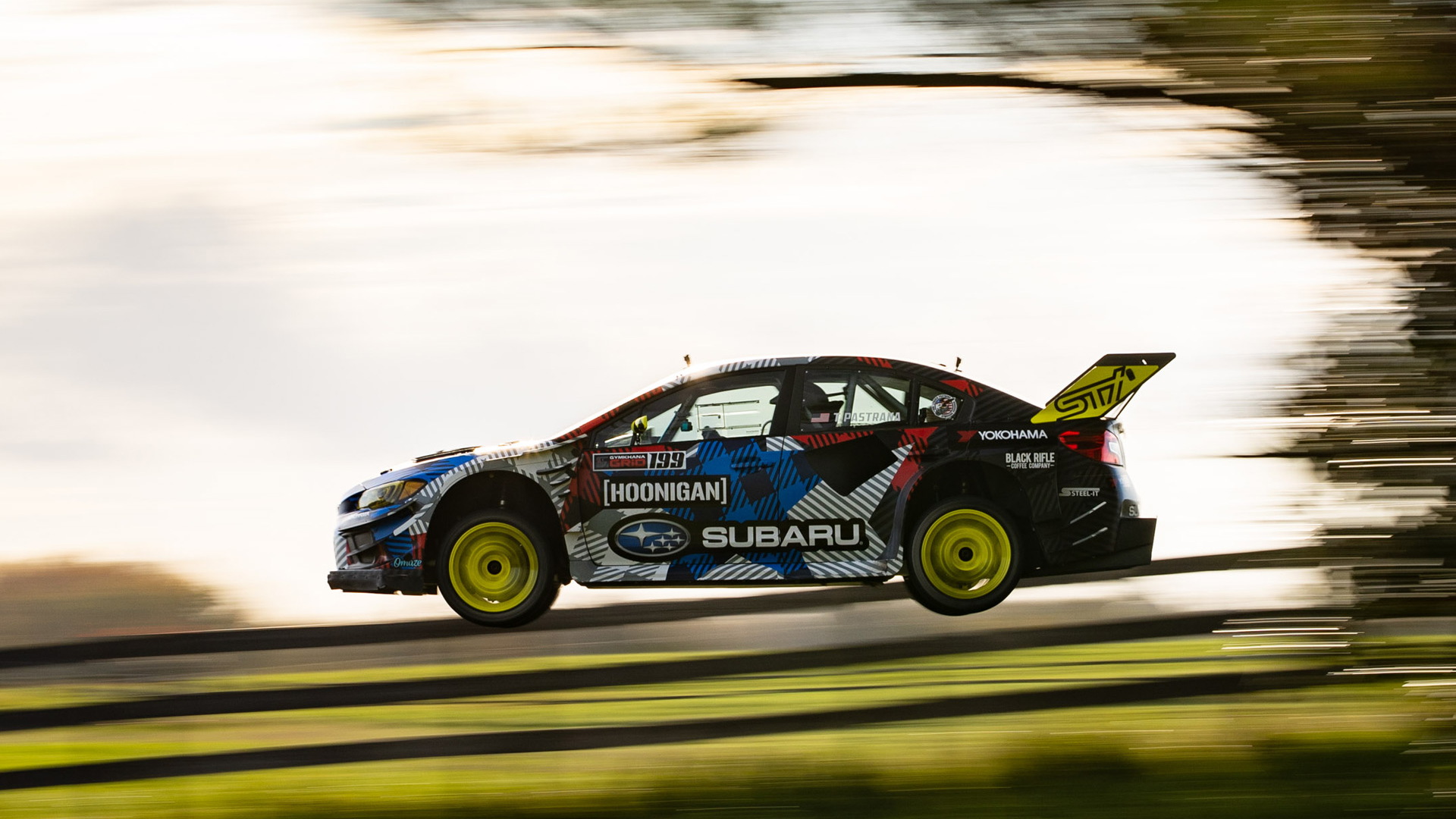 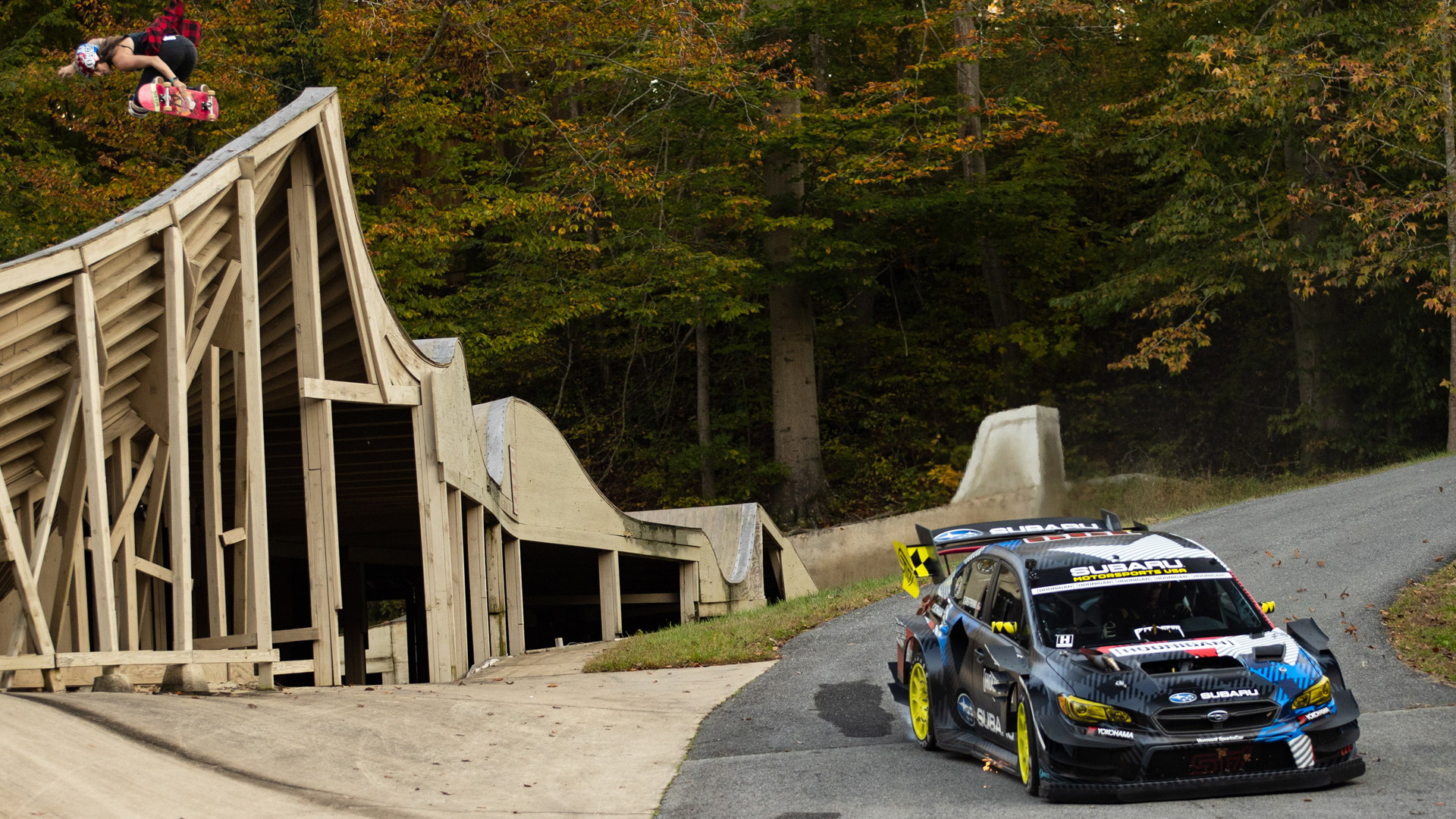 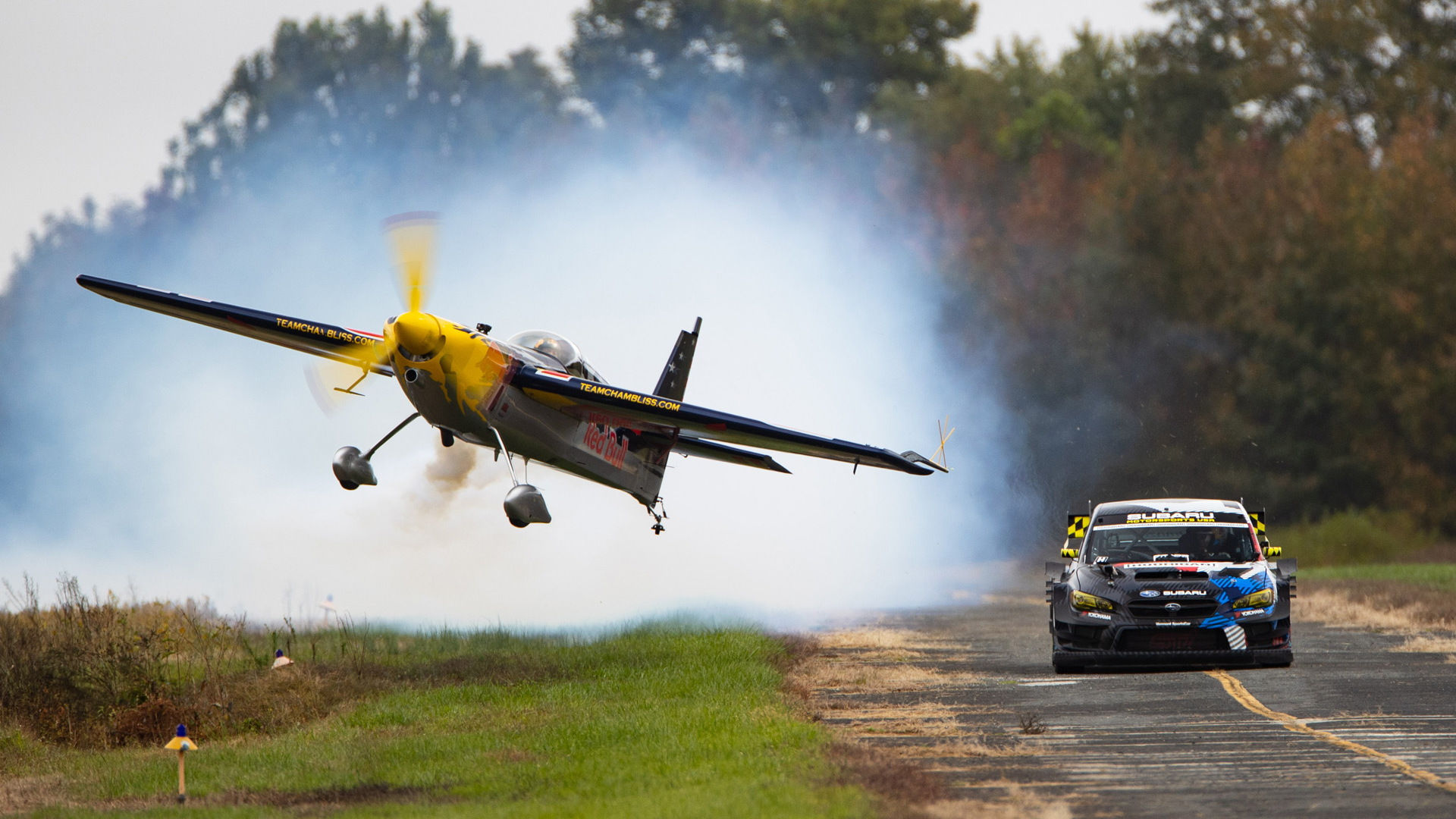 The last instalment in Ken Block's Gymkhana series, number 10, dropped in 2018, and in it we saw the head Hoonigan pass the steering wheel to occasional series guest star Travis Pastrana, hinting that Pastrana would take over in future videos.

Well, it's happened for Gymkhana 11, whose official title is Gymkhana 2020. Airing Tuesday, the latest instalment sees Pastrana rock his hometown of Annapolis, Maryland, in a custom Subaru WRX STI packing 862 horsepower thanks to a 2.3-liter turbocharged flat-4 running a monster 50 psi of boost.

You'll notice the entire body of the car is made from carbon fiber, helping reduce the weight to 2,623 pounds, or about 800 pounds less than a stock WRX STI. It has also been fitted with wildly aggressive aero parts that Subaru said have been tested in the wind tunnel. Other upgrades include long-travel suspension and a stripped interior built to Pastrana’s specs. Overseeing the build was rally car constructor Vermont SportsCar based in Milton, Vermont.

Block also drove Subarus in the early Gymkhana videos, before switching to Ford, so this represents a return to the series for Subaru. It's also a great way to promote the arrival of the redesigned 2022 BRZ, which you'll spot making a cameo in the video.

But will we ever see Block back behind the wheel in a Gymkhana video? He doesn't plan to give up his seat permanently. Adding a new driver "sets the ground for a new game of one-upmanship," he said in a statement.