The Honda S2000s driven by Johnny Tran and Suki in "The Fast and the Furious" and "2 Fast 2 Furious," respectively, may look different, but don't let the paint jobs fool you. They were actually the same car, Craig Lieberman, a technical advisor on both films, has revealed.

Like many of the cars in "The Fast and the Furious," Tran's S2000 was rented from a real-life owner (who had a cameo in the movie driving a white Civic). The car wore different wheels and graphics for its on-screen appearance.

After filming of the first movie was completed, the car was given a supercharger kit, boosting output from 240 horsepower to around 350 hp, according to Lieberman. Other modifications included an HKS exhaust system and suspension, and an RE Works strut tower bar, he said. It was repainted blue, and then orange, after filming. 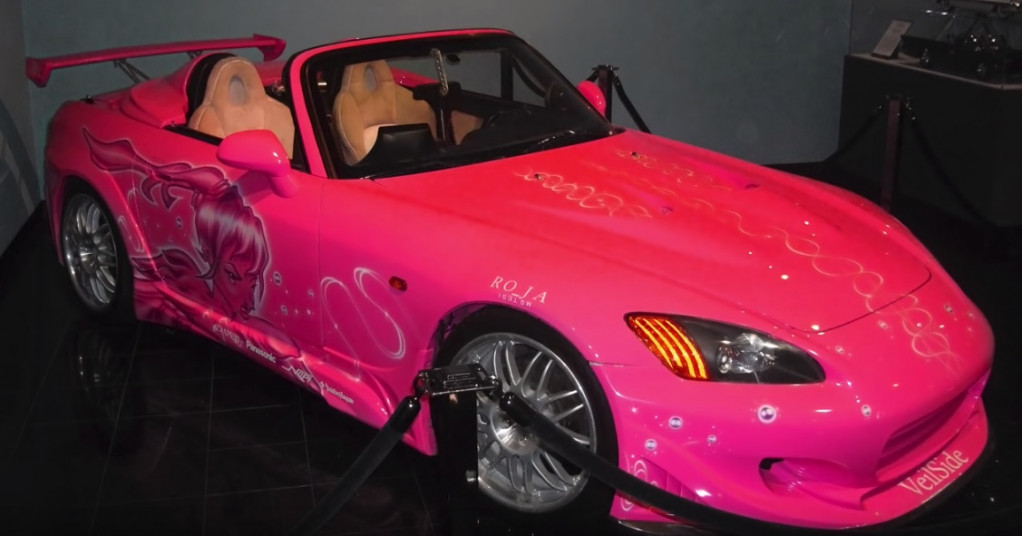 For "2 Fast 2 Furious," the original plan was to have Suki drive a Toyota MR2 Spyder, and four cars were purchased for modification. That idea was nixed, however, and instead the studio bought Tran's S2000 from its owner. Additional cars were bought for specific shots and stunts, including the bridge jump that appears early in the film. A car was remote controlled for that stunt.

The now studio-owned S2000 was originally slated to get a House of Color Magenta Red paint job, but that was changed to Shimrin Pink. The Honda also got new, anime-inspired graphics, extra gauges, and an upgraded audio system. The interior was upholstered in pink bathroom carpet (yes, really).

The original S2000 currently resides at the Petersen Automotive Museum in Los Angeles, still wearing its "2 Fast 2 Furious" look. One of the stunt cars was sold to a buyer in Europe, while the others have fallen off the radar.