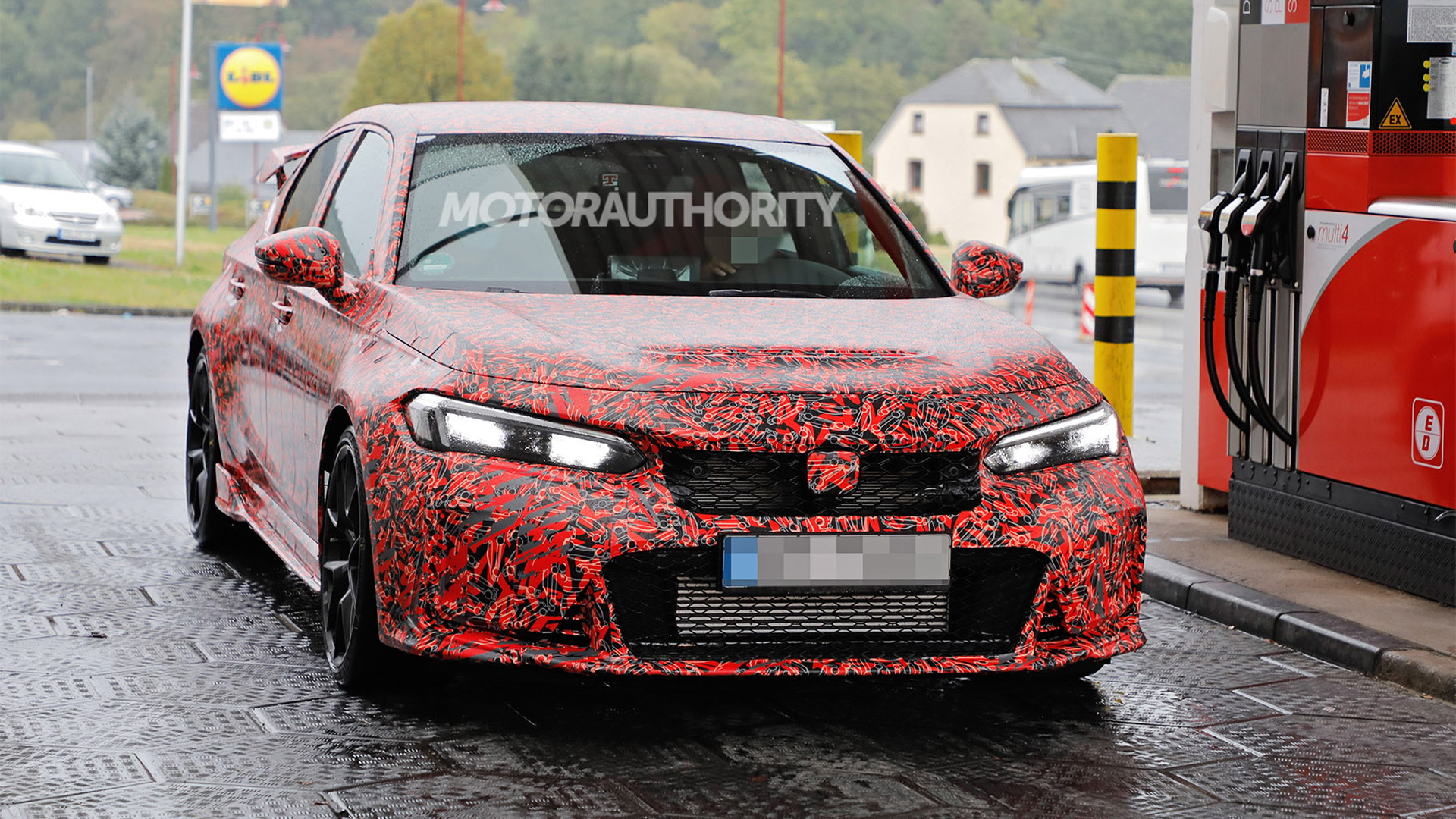 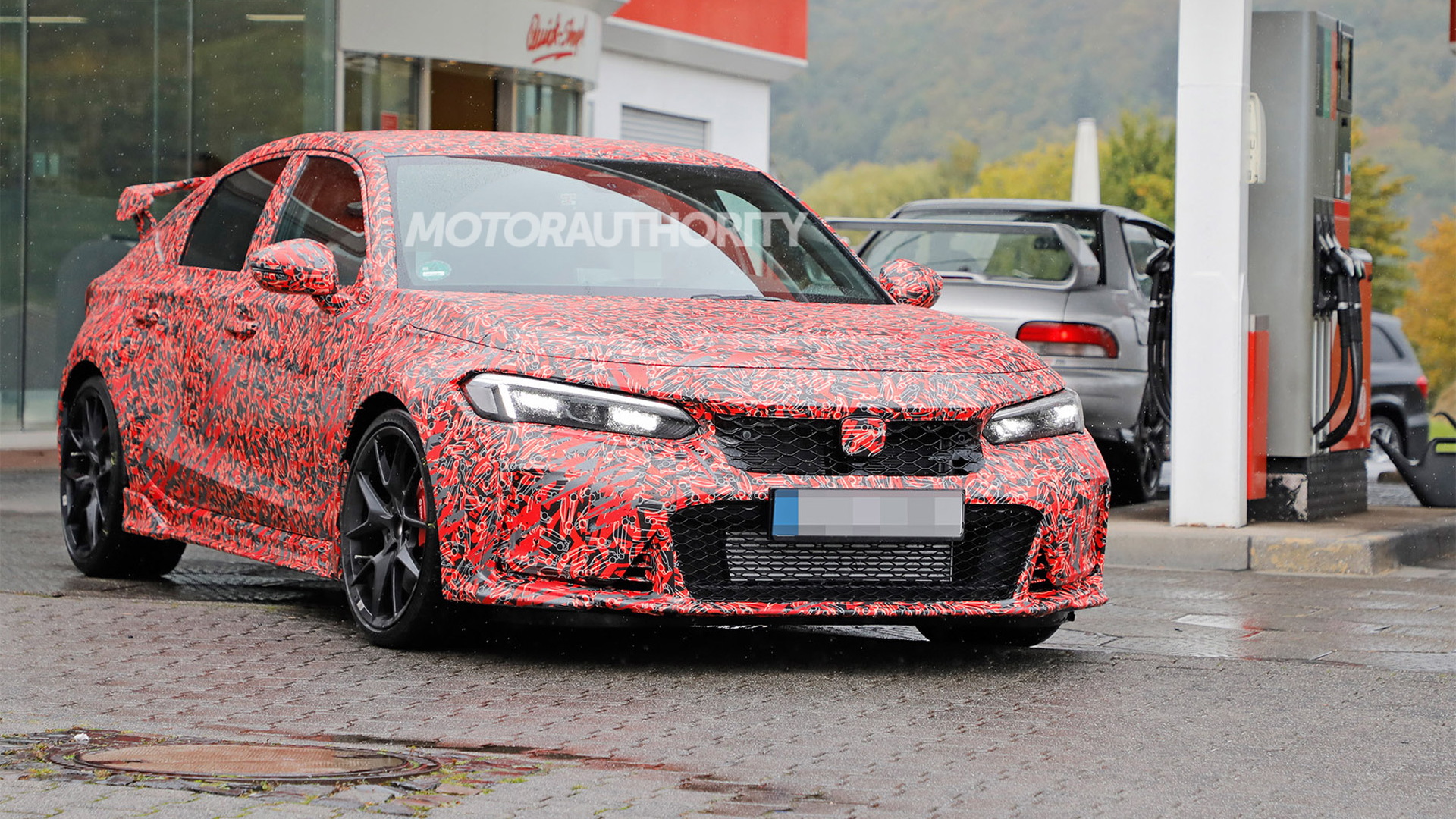 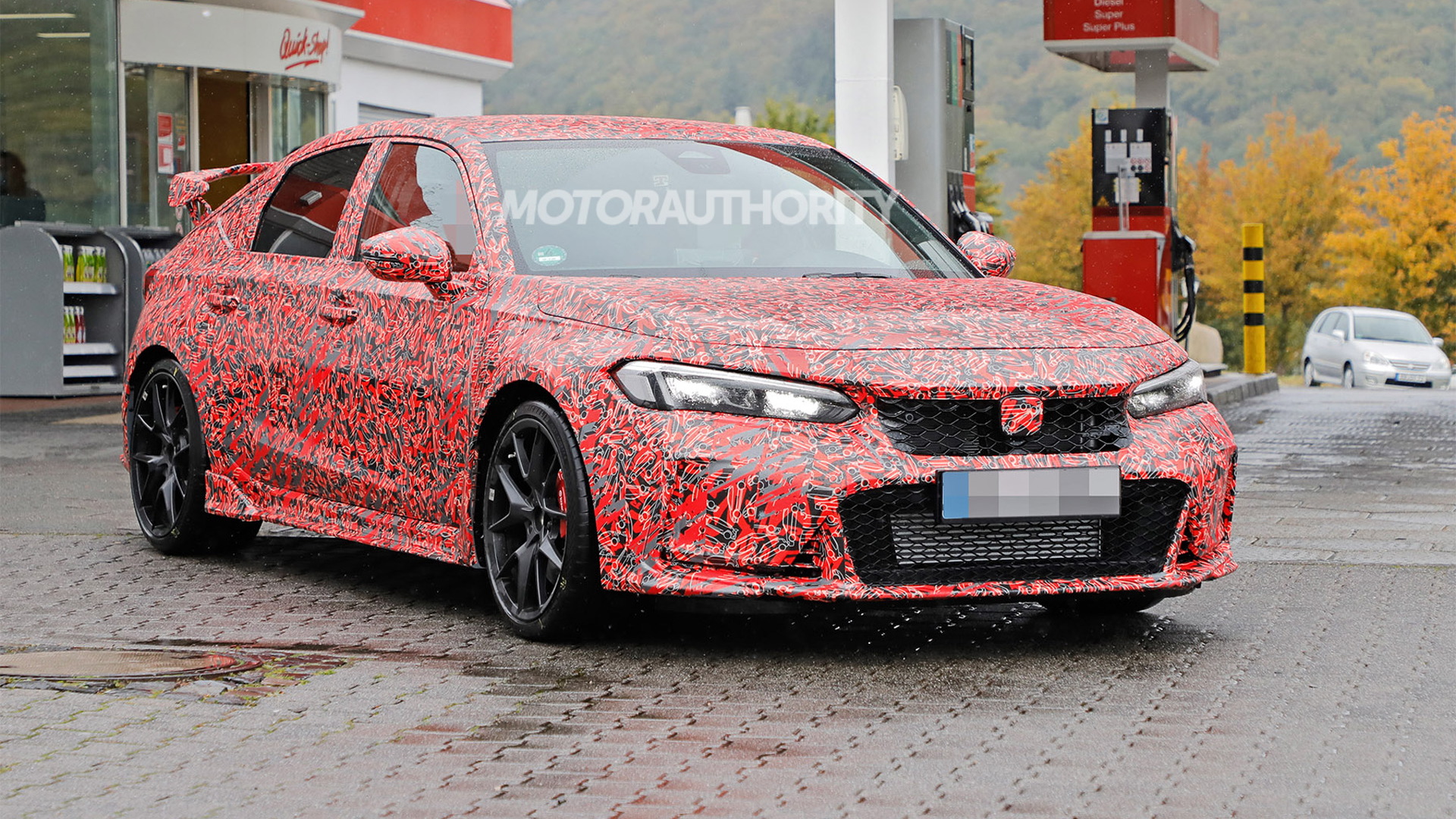 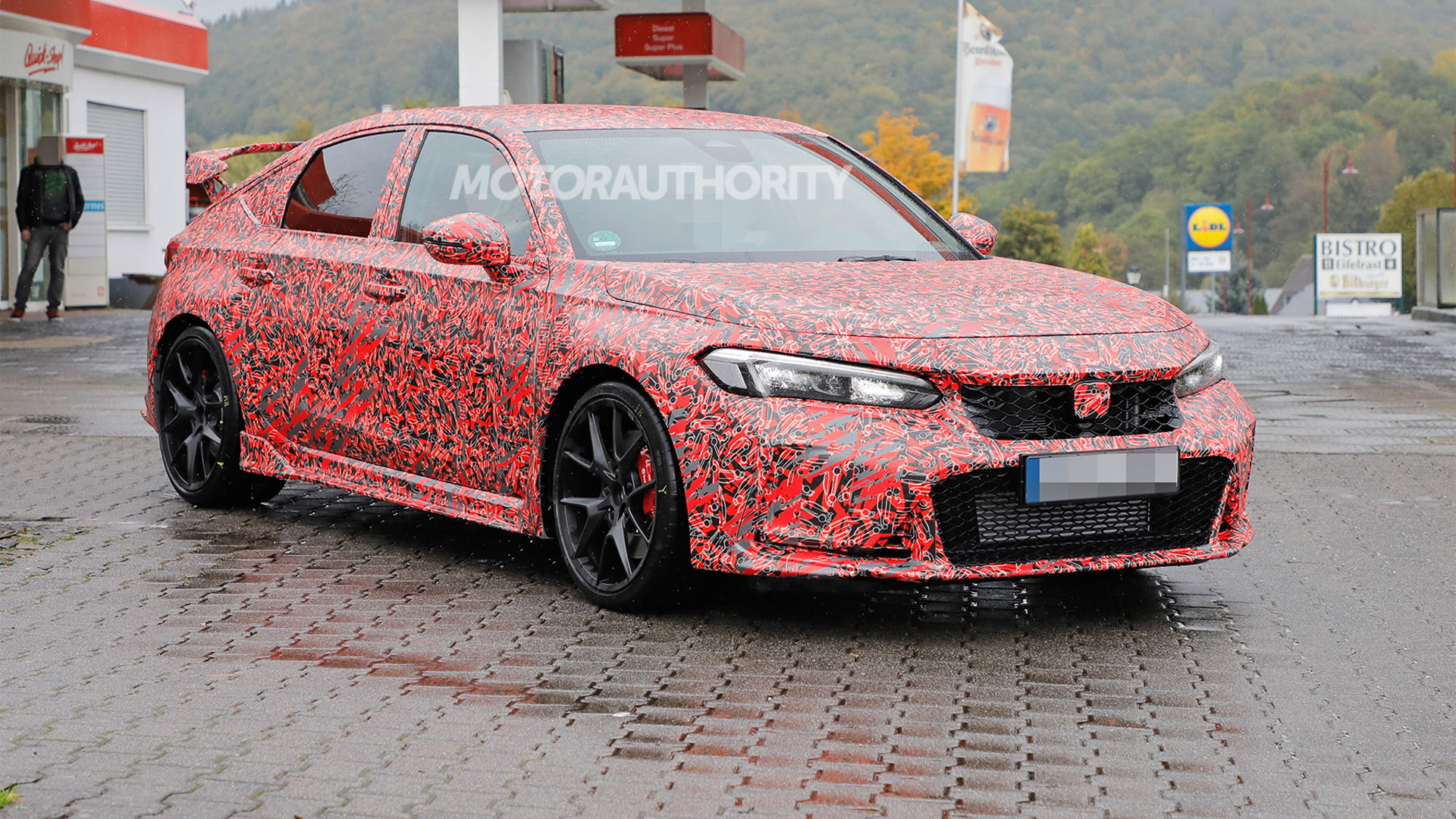 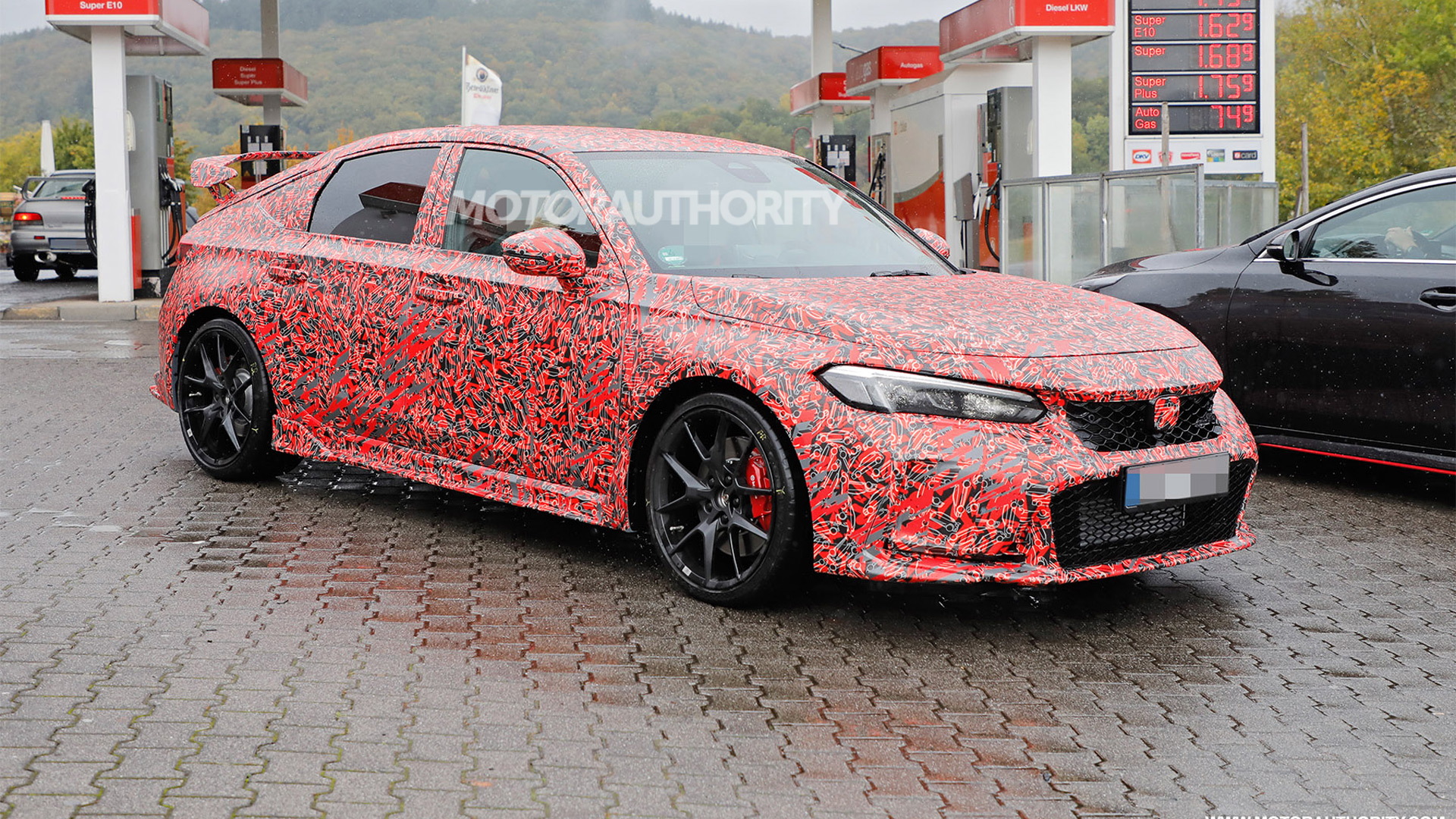 Honda introduced a new generation of its Civic compact for the 2022 model year, but so far all we've seen are the regular Civic sedan and Civic Hatchback variants.

Also in the works are sporty Si and Type R variants, the latter of which has been spotted again in prototype form, and this time we have video.

The outgoing Civic Type R is a favorite here at Motor Authority, so the engineers have a solid base from which to prepare the redesigned model. What we know is that the latest Civic range benefits from a more rigid platform compared to its predecessor, and this should also aid the new Type R.

According to Honda, improvements in both body and chassis stiffness of the latest Civic range (8% better torsional rigidity and 13% better bending rigidity) have led to improvements in ride and handling, as well as noise, vibration and harshness levels. The wheelbase and track width have also been increased.

The Type R will once again be based on the Civic Hatchback, which for the latest generation has adopted a fastback profile rather than the chunkier look of its predecessor. And in the case of the Type R, the rear wing appears smaller than before, giving the car a more mature look. The funky three-pipe exhaust design, like on the outgoing Type R, will remain though.

The interior of the latest Civic range has seen a major step up in technology and refinement. Digital screens are used for the gauge cluster (a partial digital screen is standard and a full digital screen is available on higher-line models) and infotainment, and also included as standard are wired Apple CarPlay and Android Auto. In the Civic Type R, there will be supportive bucket seats up front and a unique center console to fit a manual transmission. 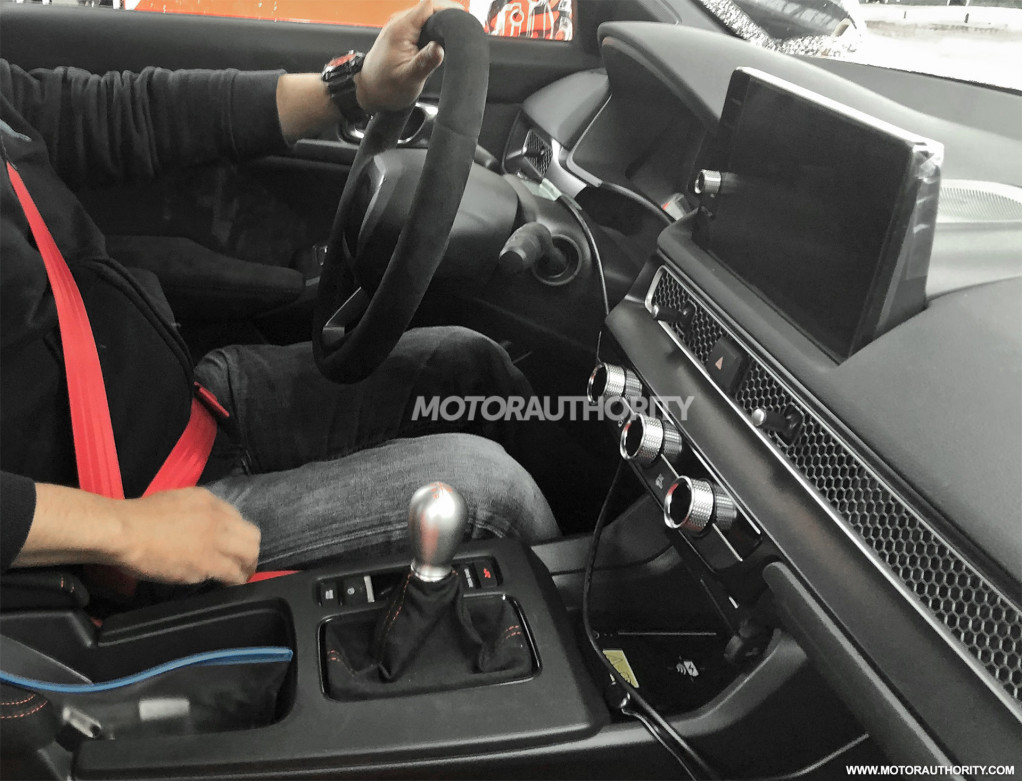 It isn't clear what mechanical mods are planned for the Type R but we can expect a version of the outgoing model's 2.0-liter turbocharged inline-4 to be powering the car, possibly with more than the current 306 hp and 295 lb-ft of torque. A 6-speed manual and front-wheel drive will likely be standard on the new Civic Type R, and we wouldn't be surprised if some form of electrification is made available at some point.

Honda has said the new Type R will arrive in 2022 as a 2023 model. As mentioned above, a new Si is also in the works, though it will be available as a sedan only. The Civic Si is coming for the 2022 model year and should be revealed later this year.