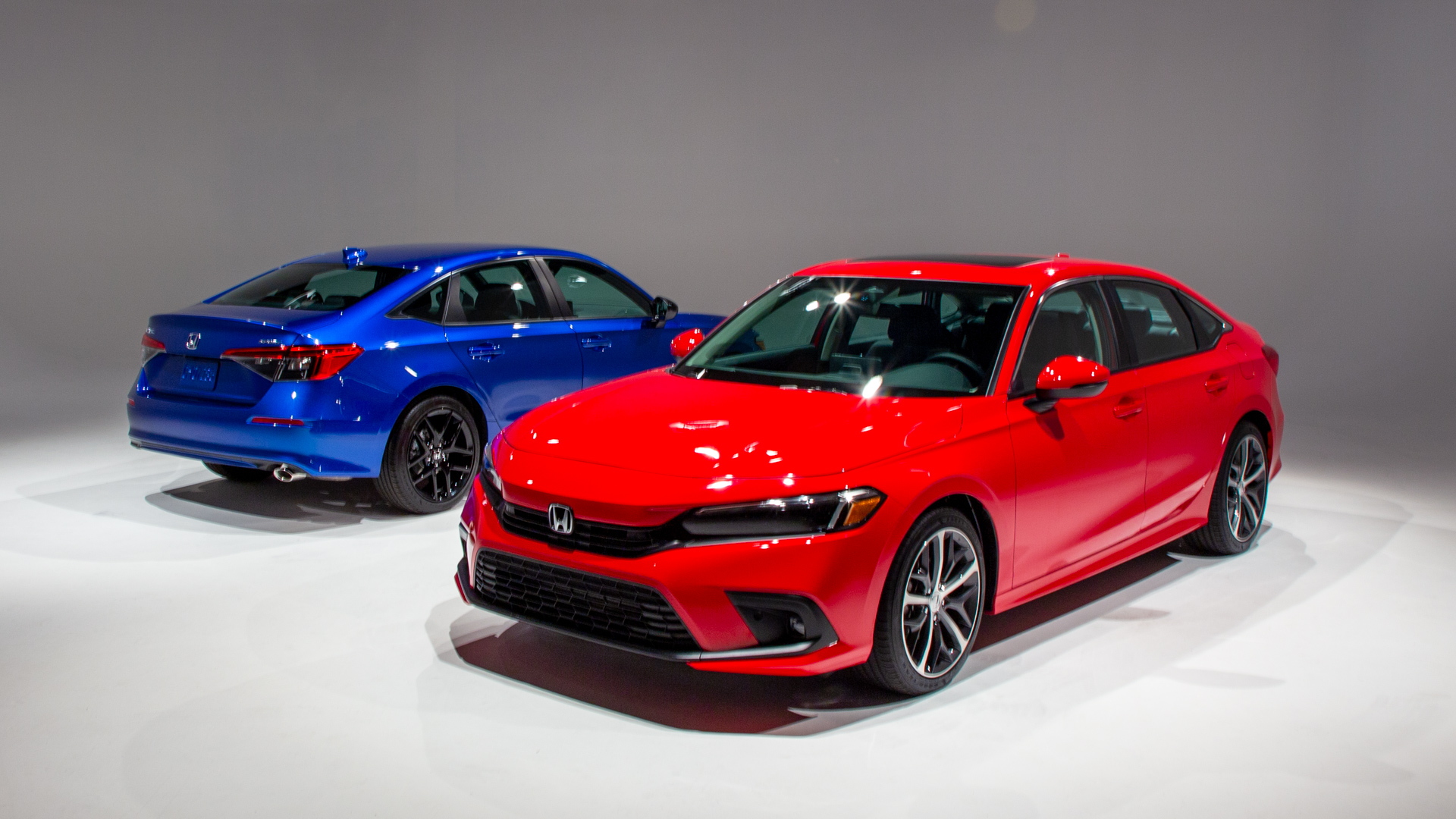 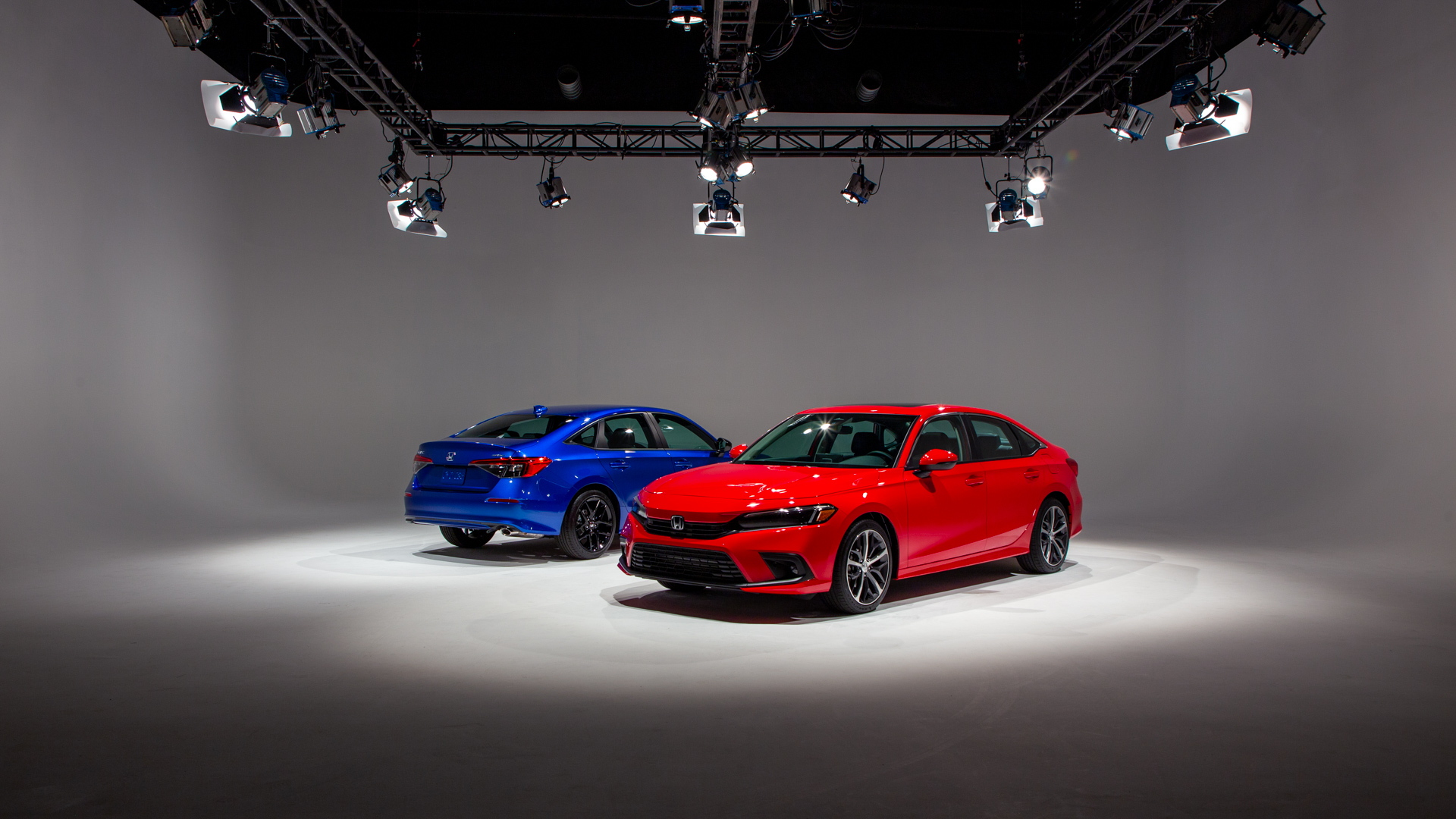 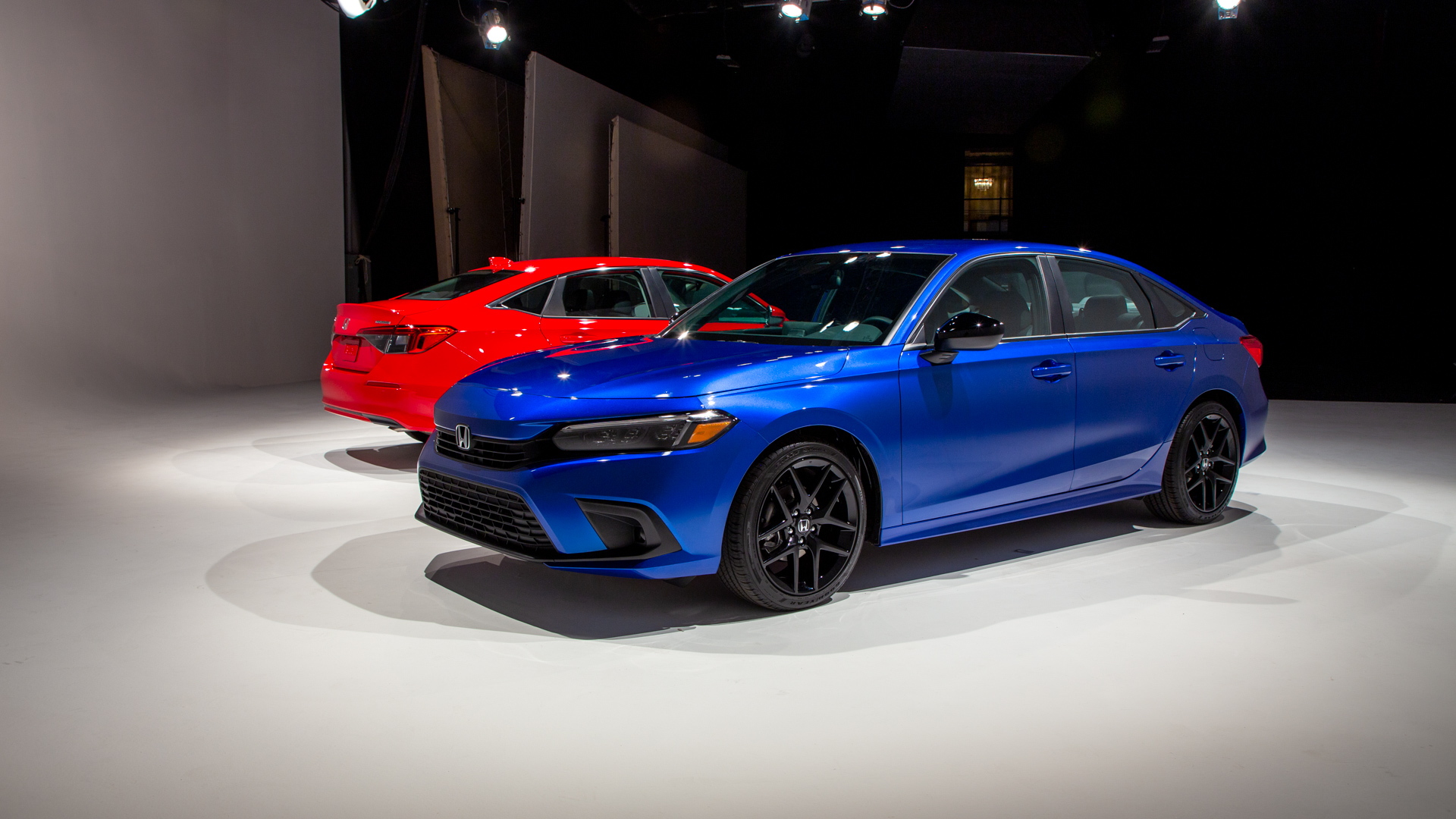 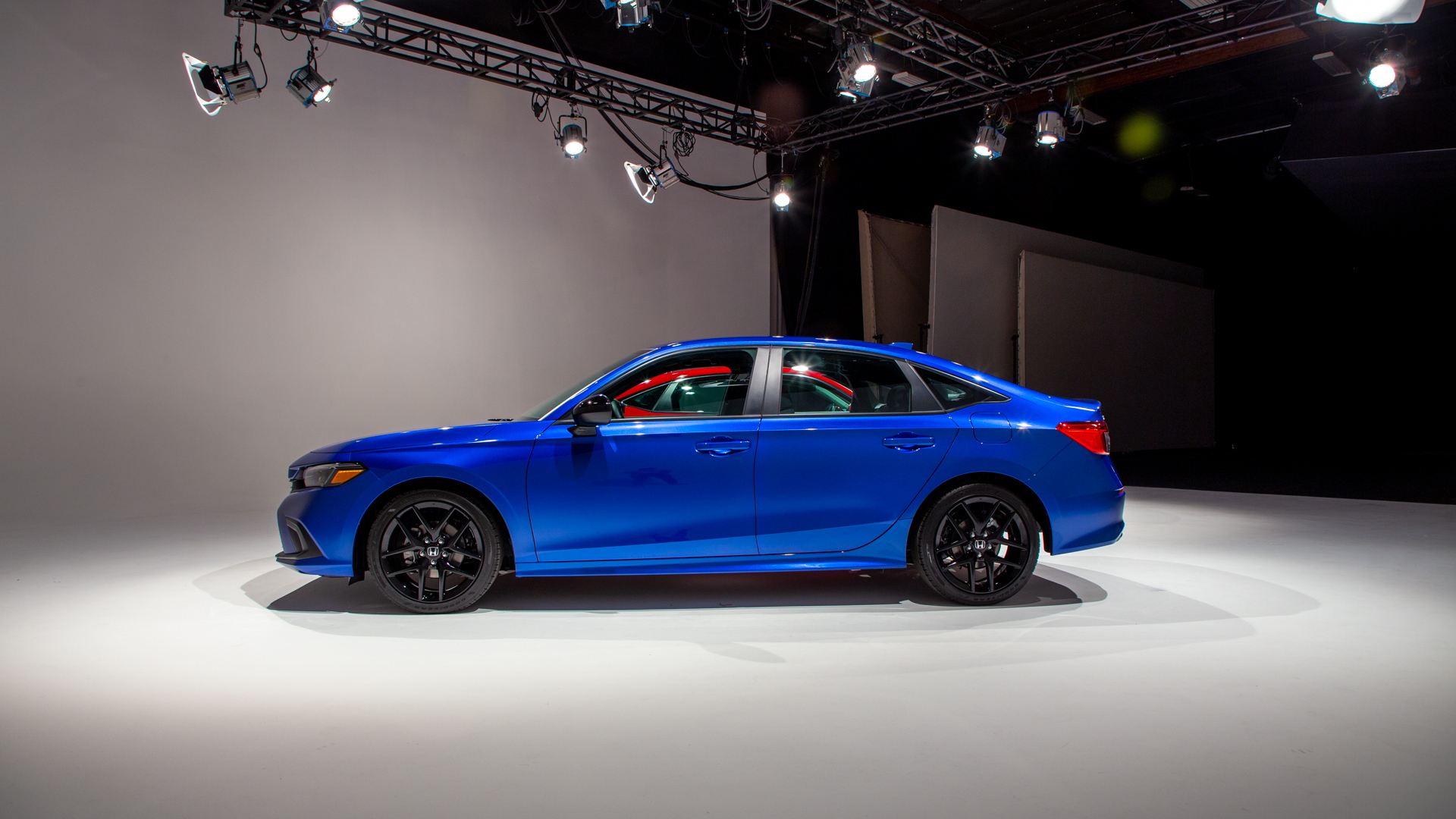 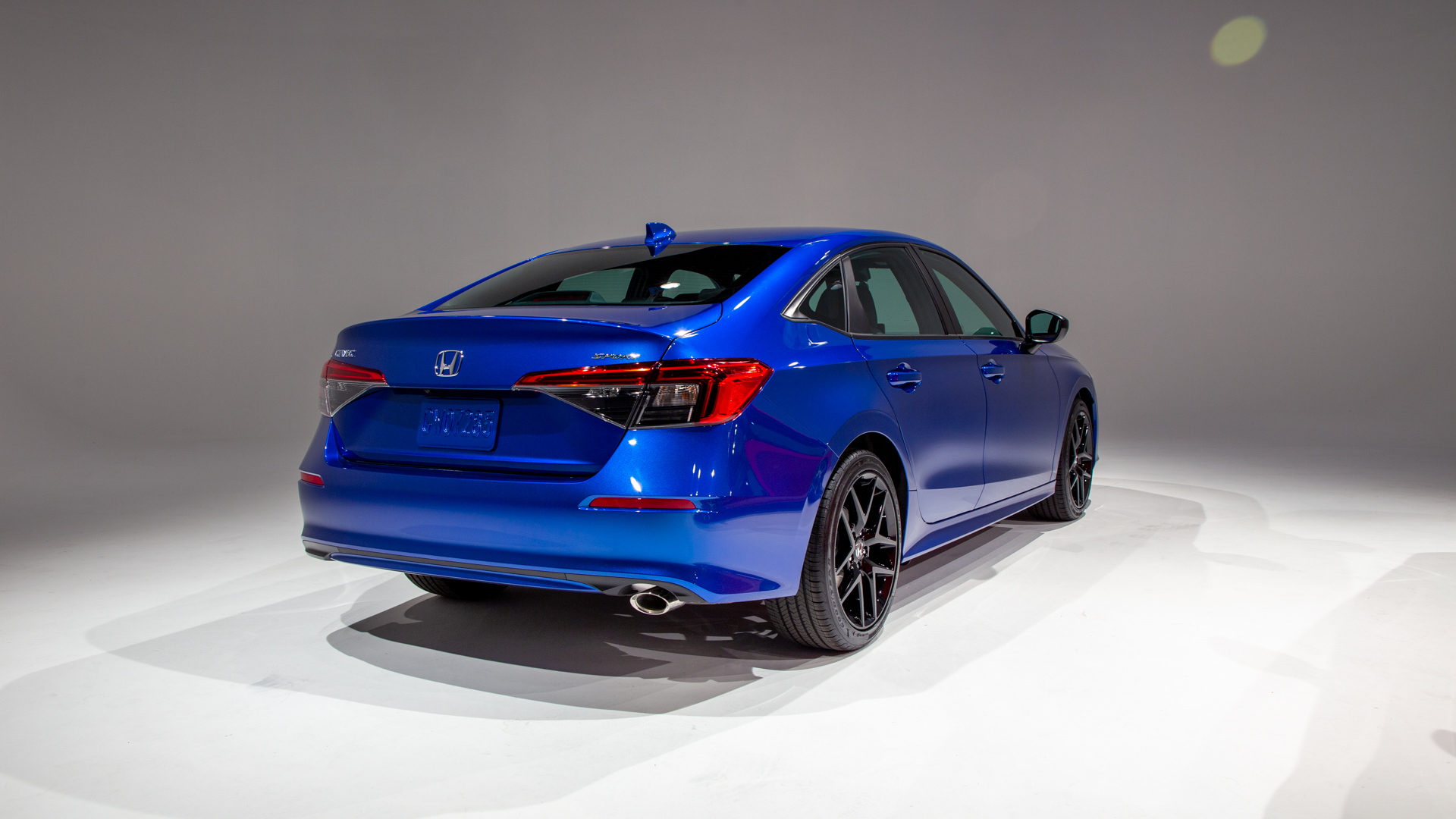 Honda on Wednesday finally revealed full details on its redesigned 2022 Civic sedan which goes on sale later this spring.

There will also be a redesigned Civic Hatchback (shown below) arriving later in the year, with the more practical body style to once again serve as the basis of a Civic Type R performance flagship. A coupe body style won't return, due to the outgoing generation's waning popularity.

The 2022 Civic has adopted a more mature look for its latest redesign, and the proportions, with a low hood and cab pushed rearward, belie the car's front-wheel-drive underpinnings. This isn't just for looks, mind you. For example, by moving the A-pillars further back relative to the driver by almost two inches, Honda said visibility has been improved. The wheelbase has also been increased by 1.4 inches and the rear track has been widened by 0.5 inches.

There are eight exterior colors, including the new options of Meteorite Gray Metallic, Sonic Gray Pearl and the Civic-exclusive Morning Mist Blue Metallic.

The interior design has also seen a major step up in refinement and technology. It follows the more mature theme of the exterior by combining a clean, uncluttered look with the latest technology. We're talking a 10.2-inch digital instrument cluster (partial standard), plus a 9.0-inch touchscreen for the infotainment (7.0-inch standard). An interesting feature is the mesh strip running the dash, which hides the air vents.

Apple CarPlay and Android Auto are standard while a 12-speaker Bose sound system and wireless charging are available.

Underpinning the 2022 Civic is a more rigid version of the outgoing Civic's platform. According to Honda, improvements in both body and chassis stiffness (8% better torsional rigidity and 13% better bending rigidity) have led to improvements in ride and handling, as well as noise, vibration and harshness levels.

Powertrains carry over, albeit with improvements in refinement and fuel economy, and extra power in the case of the 1.5-liter turbocharged inline-4. The base engine is a 2.0-liter inline-4 rated at 158 hp and 138 lb-ft of torque. Above this is a 1.5-liter turbocharged inline-4 rated at 180 hp and 177 lb-ft, up 6 hp and 15 lb-ft from the outgoing engine's rating. The sole transmission available for now is a continuously variable unit.

With the new generation of the Civic, Honda is handling production of the sedan at a plant in Alliston, Canada. The hatchback, including the Type R, will be built at a plant in Greensburg, Indiana. Currently, all Civic Hatchbacks are sourced from a plant in the United Kingdom that is scheduled to be shuttered this summer.

For more on the Honda Civic, read the in-depth reviews at The Car Connection.