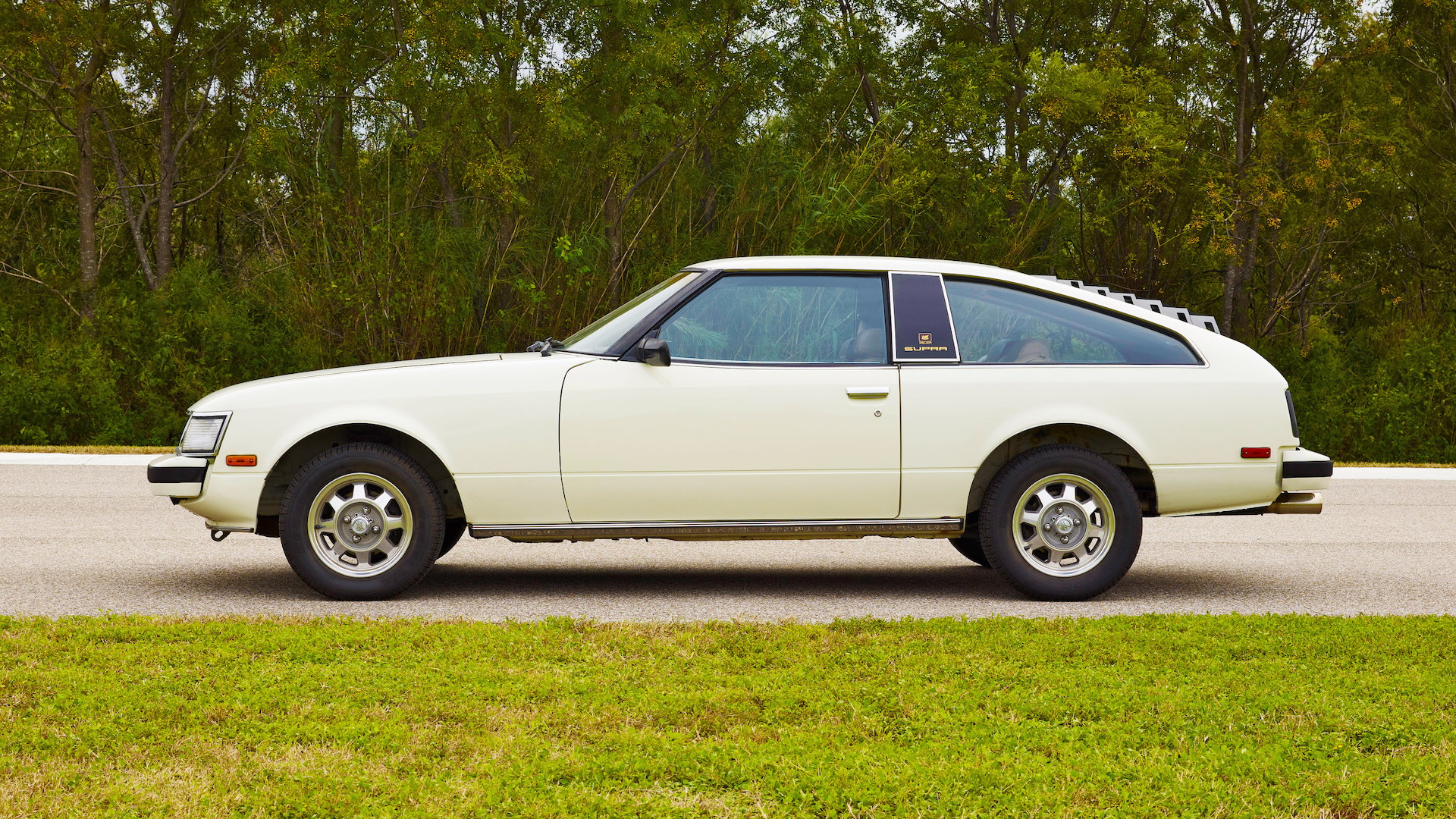 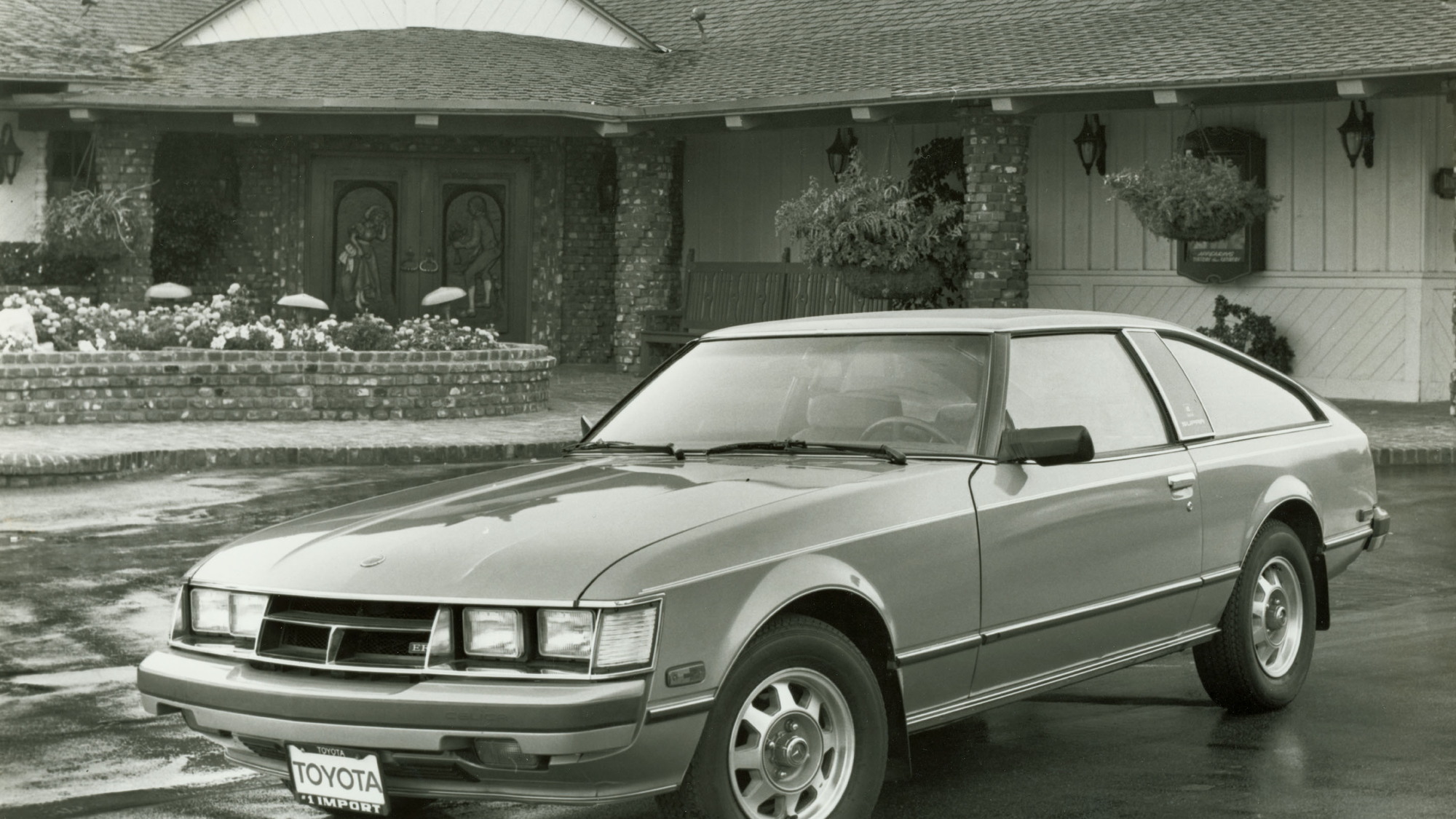 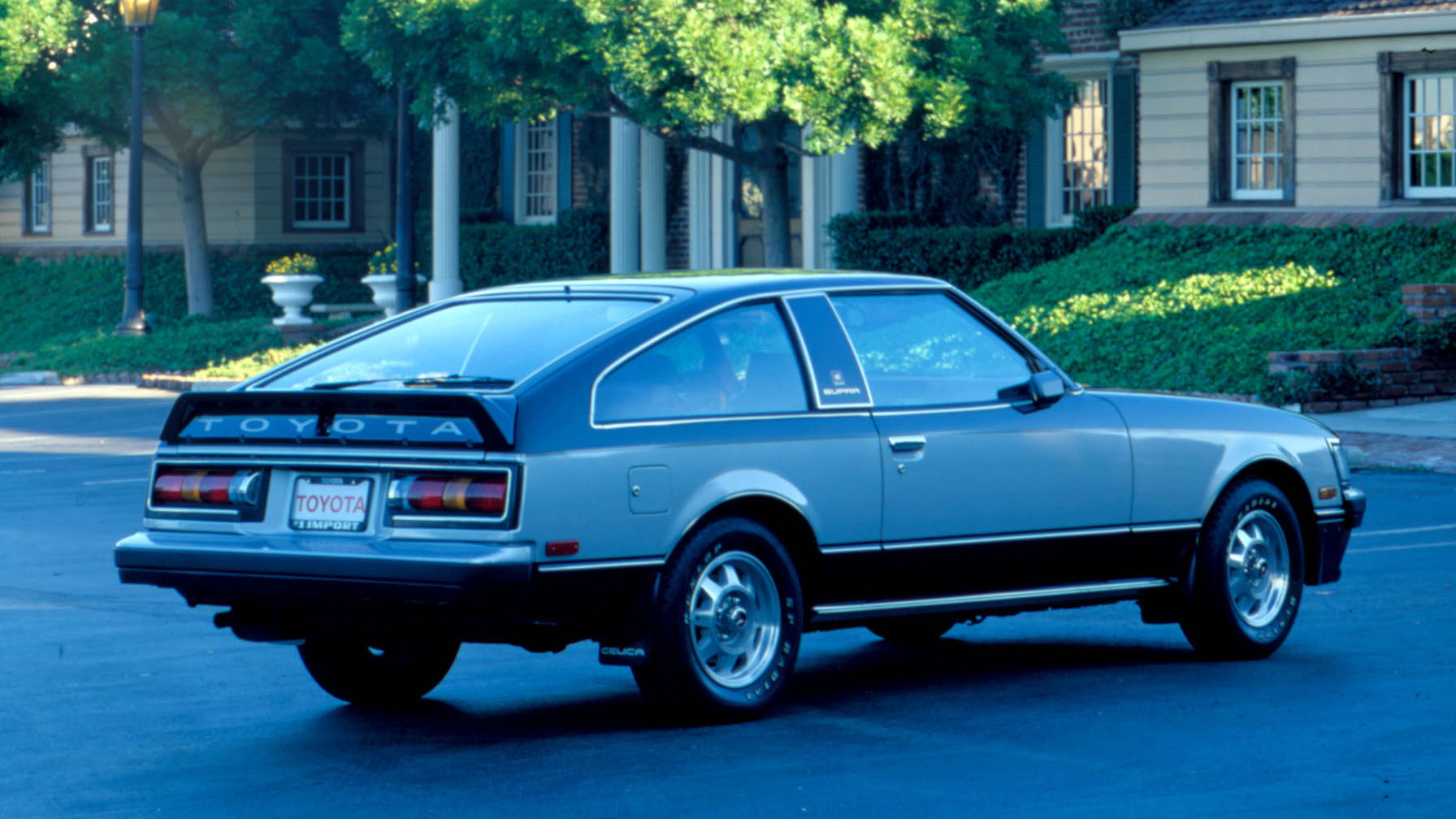 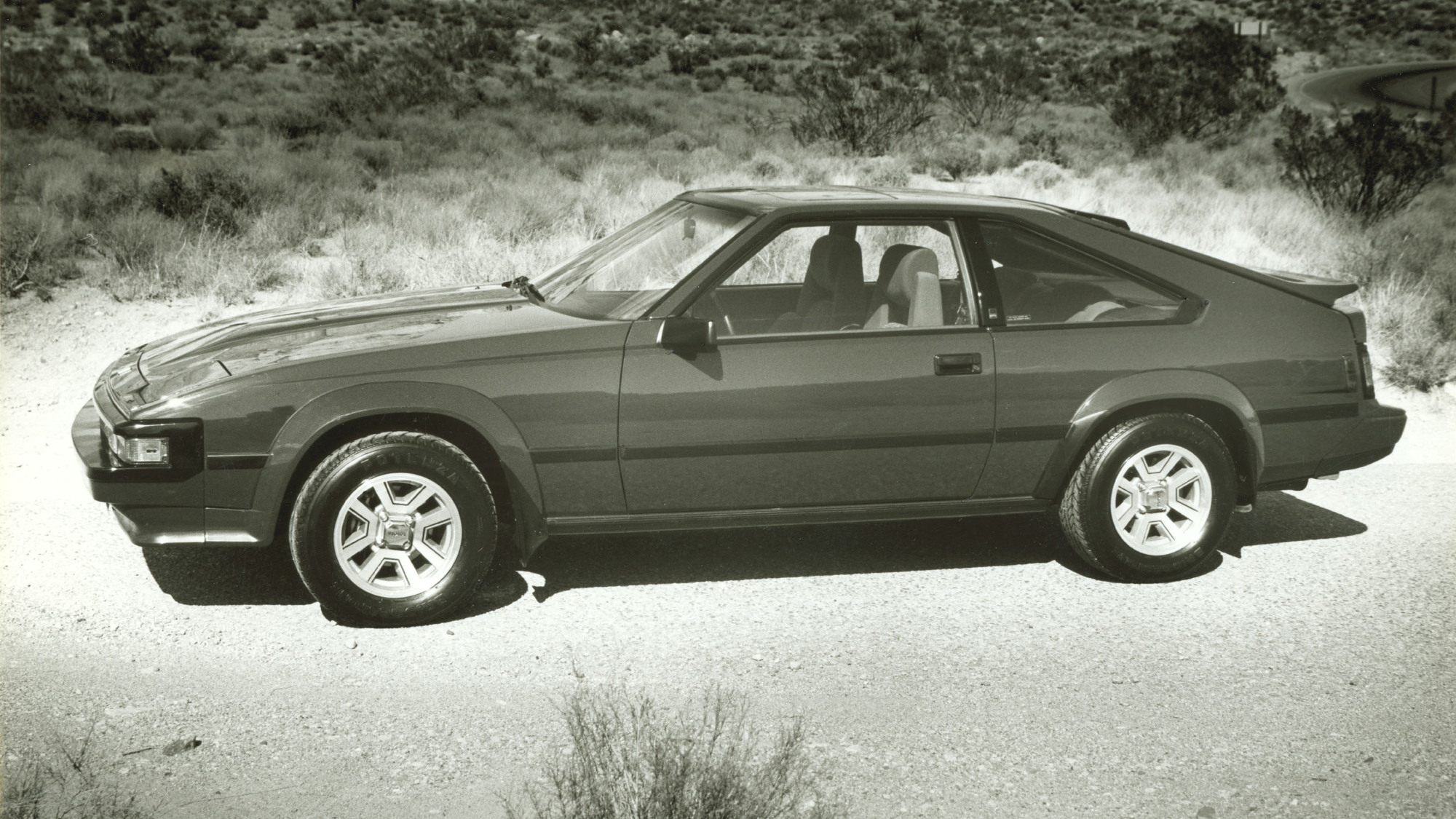 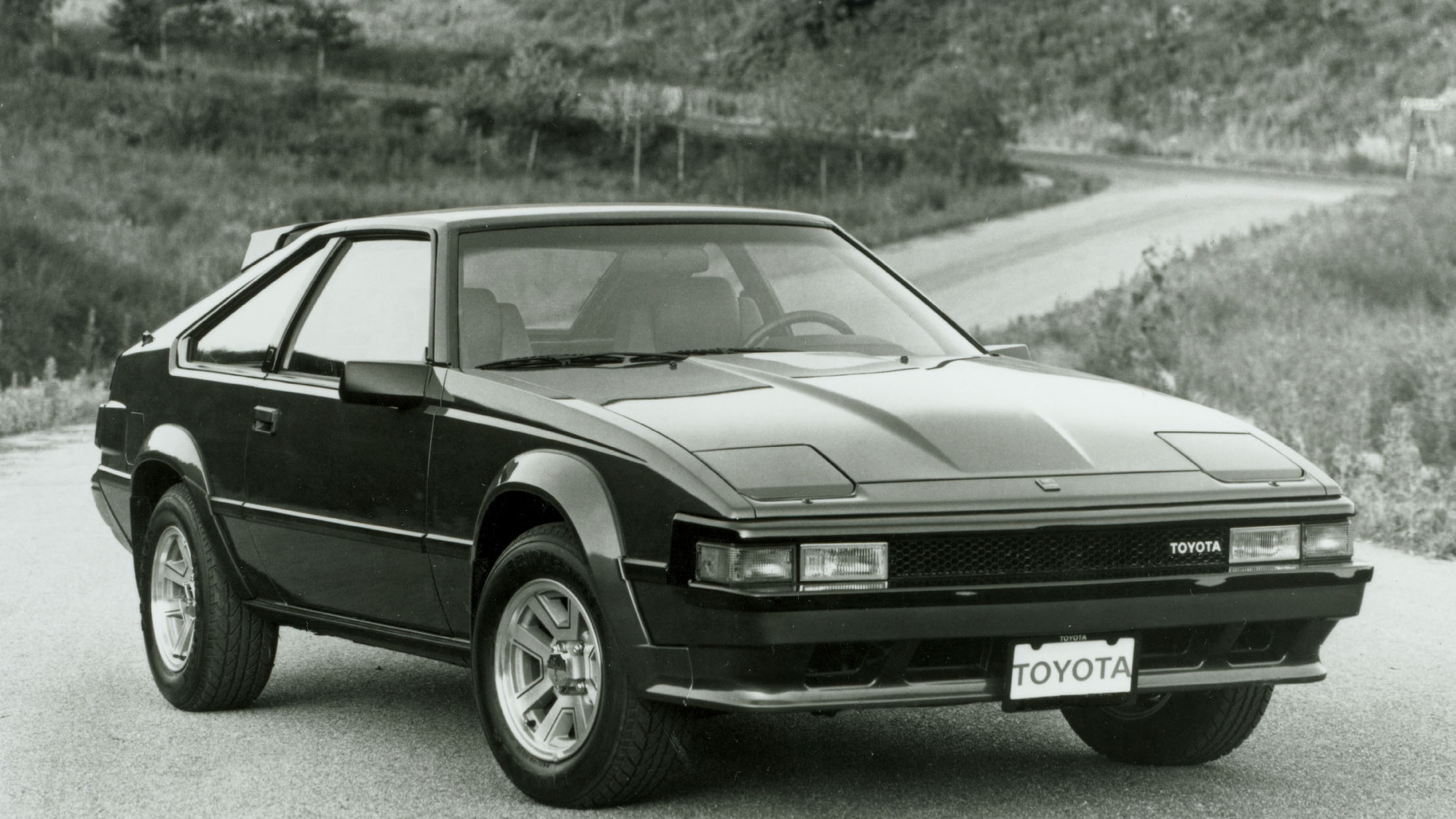 My first job was as a fry cook/cashier/peon at McDonald's. It was 1985 and I drove to work in the 1978 Ford Fairmont wagon I bought from my mom as my first car. The Ford was on it last legs when I bought it, and that made me long for the white second-generation Toyota Celica Supra I spotted on my drive all that much more. But I grew up in a muscle car household, and my dad would have likely disowned me if I bought a Japanese sports car. Besides, I didn’t have the $1,500. Instead of the Supra, my dad found a $500 1974 Buick LeSabre Luxus with so much rust under the vinyl top that I had to peel off the whole thing or let sections flap in the breeze.

Instead of a lightweight package and an inline-6, I had the pleasure of driving a smog-choked 350-cubic-inch V-8 in one of the biggest two-door land barges ever birthed. It was one of many poor personal car choices I made before I learned how fun a car can be.

Not only did I miss out on that second-generation A60 Supra, but I missed its A40 predecessor and its A70 successor. By the time the A80 Supra came along in the 90s, I had settled on my first Japanese “sports car,” a 1996 Mazda MX-6. Good-looking car, but no Supra.

Let’s take a look at the Supras I missed along the way. 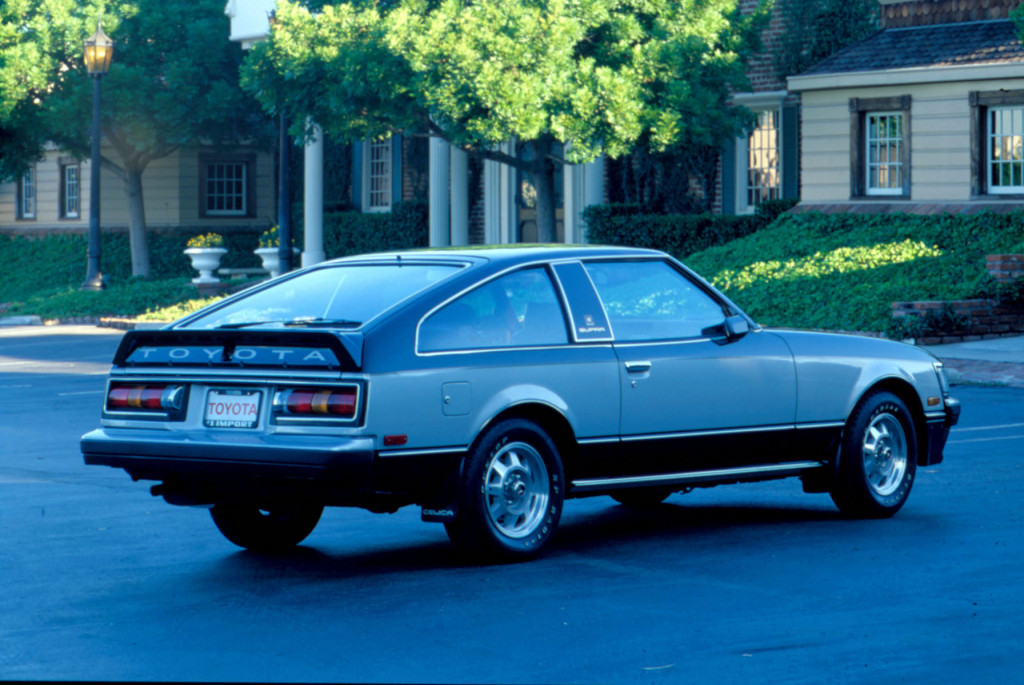 The Supra didn’t debut as its own car, but instead as a version of the 1979 Toyota Celica hatchback with a much heftier $9,578 base price. For that money, buyers got a well-appointed interior that bordered on luxury and a larger version of the Celica. Despite the styling similarities, the A40/A50 generation Supra was 8.1 inches longer and rode a 5.1-inch longer wheelbase than the Celica. Car and Driver called it a “Celica with a nose job.” The draw for enthusiasts was the single-overhead-cam, 110-horsepower, 2.6-liter inline-6 that was the first Toyota engine with electronic fuel injection. Other advanced features included four-wheel independent suspension and four-wheel disc brakes. Buyers could choose a 5-speed manual or a 4-speed automatic transmission.

The Supra became the A50 for the 1981 model year when it received a 2.8-liter version of the inline-6 that made 116 hp and 145 lb-ft of torque (up 9 lb-ft from the previous year). The car was still slow, with a 0-60 mph time of 10.2 seconds, according to Road & Track, but this was an era when performance was hard to find. “You're better off cruising in the Supra, instead of trying to make life into one huge gymkhana,” Car and Driver said, noting the doughy suspension. Toyota added a Sport Suspension package in 1981 to improve handling, but the first-generation Celica Supra was never confused with a Porsche. 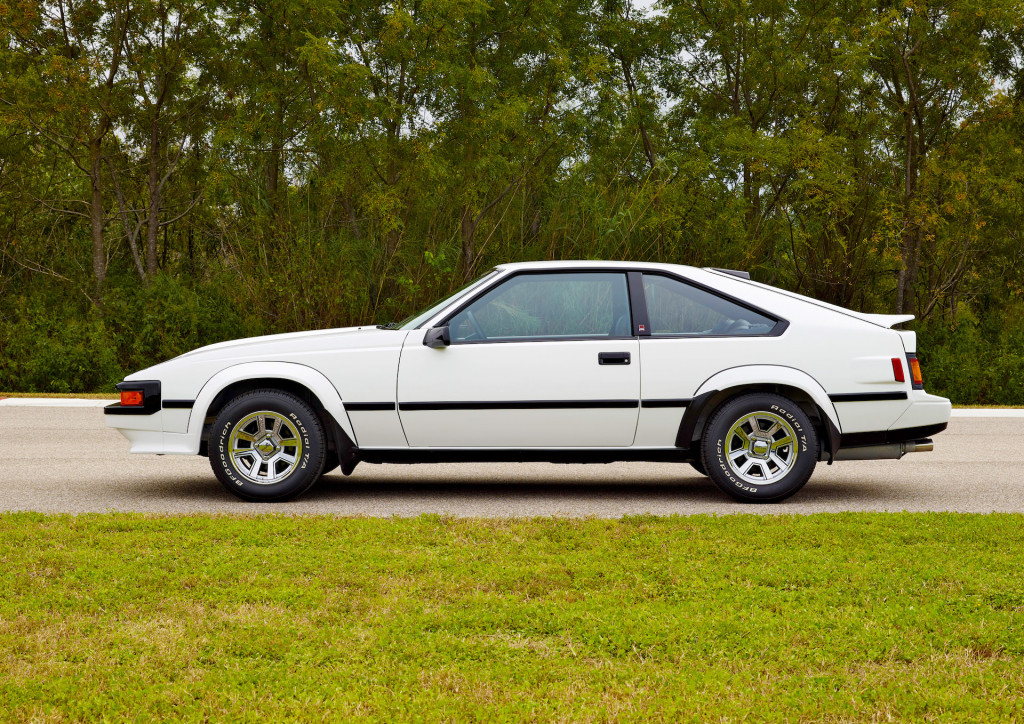 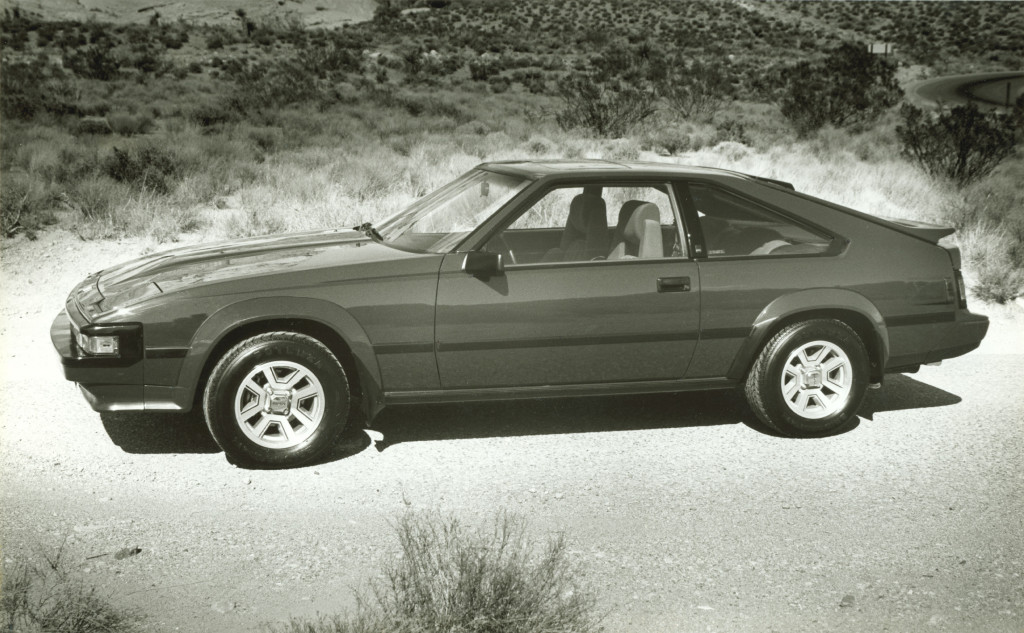 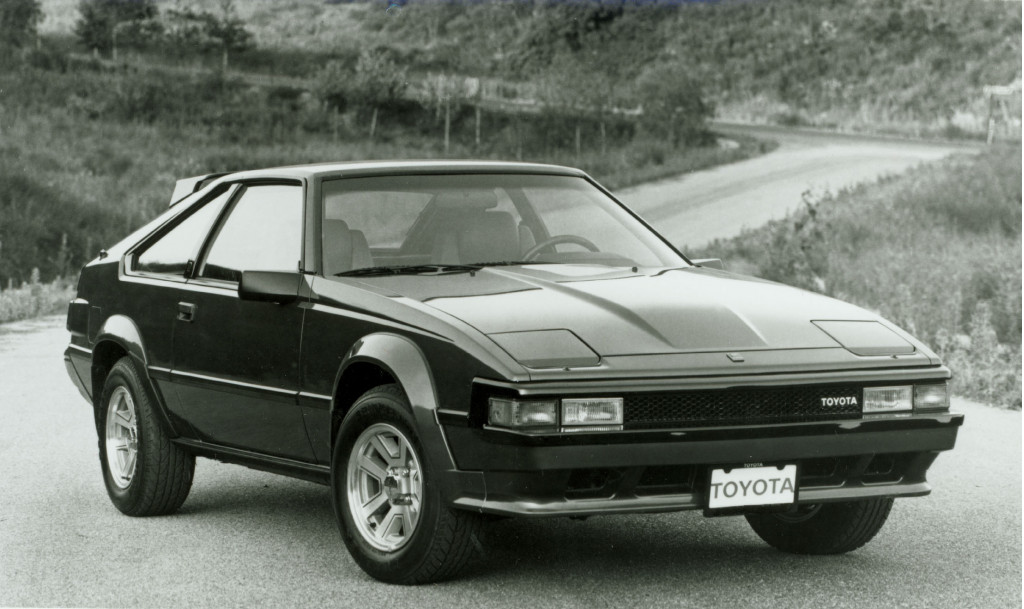 Redesigned for 1982, the Supra was still part of the Celica range and still a hatchback, but it was now available in L-Series ($13,598 starting price) and Performance ($14,598) trims. The Performance equipment was mostly ornamental with fender flares, a sportier interior, and wider wheels and tires. The A60 Celica Supra had a sloping hood with hideaway pop-up headlights that teamed with an angular roof and window line typical of the era to give it an overall wedge shape. It read as sporty and attractive and it caught my 17-year-old eye.

The engine was again upgraded, but the transmission options remained the same. A dual-overhead-cam 2.8-liter inline-6 now powered the car. Output increased to 145 hp and 155 lb-ft of torque, which dropped the 0-60 mph time to 8.8 seconds, according to Car and Driver. The suspension was upgraded, too, from a rear live axle with four trailing links and a Panhard rod to a semi-trailing arm independent rear suspension. MacPherson struts remained up front and it was all tuned by Lotus. 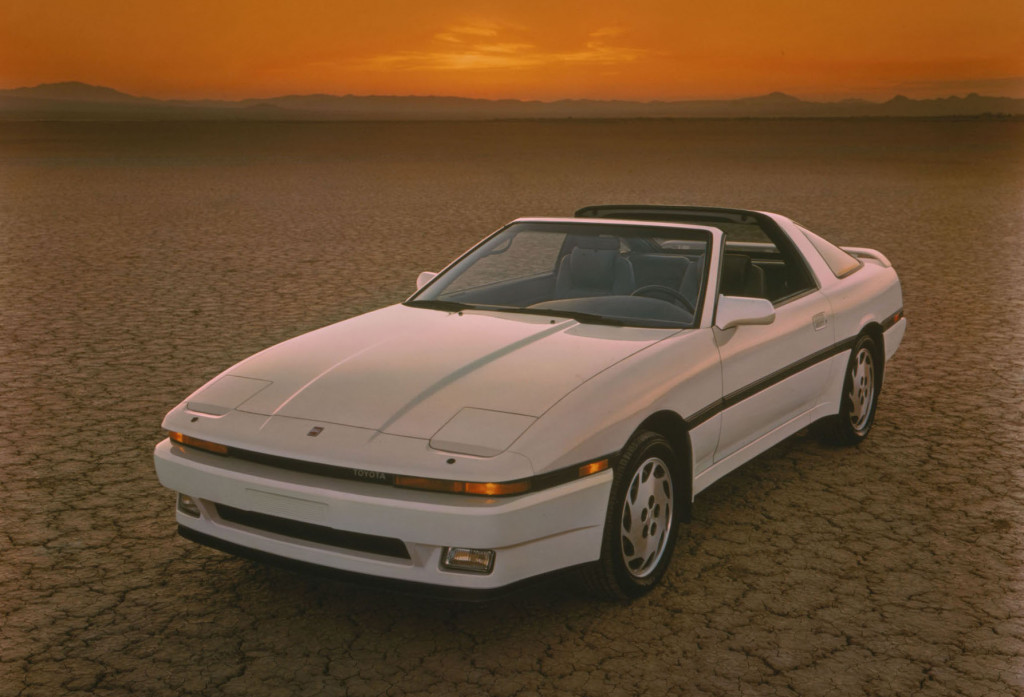 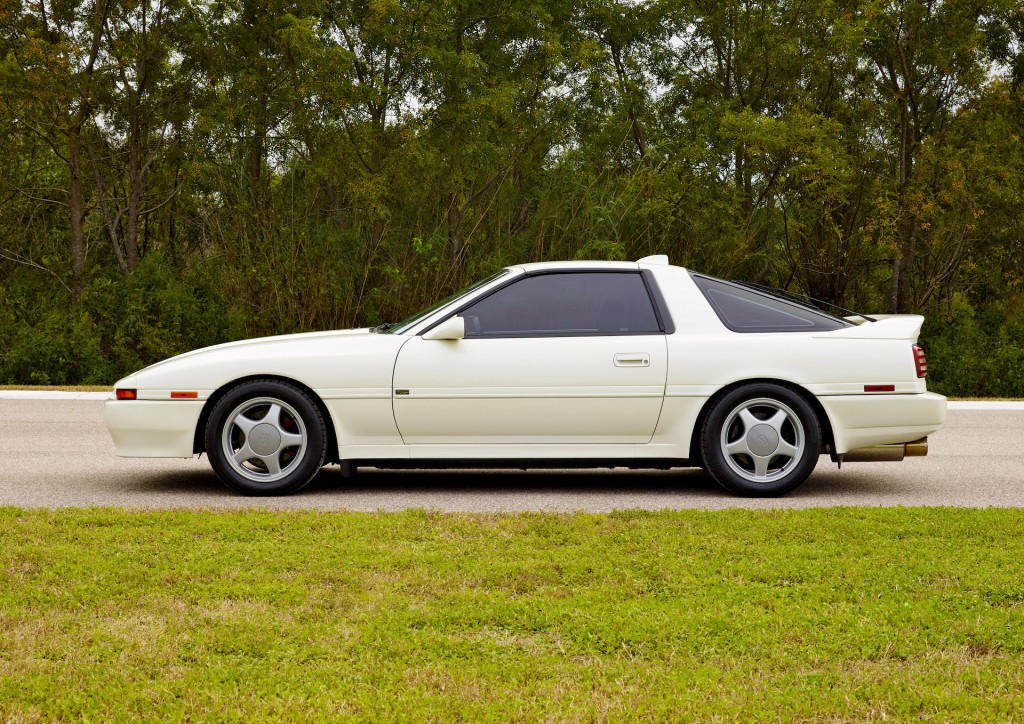 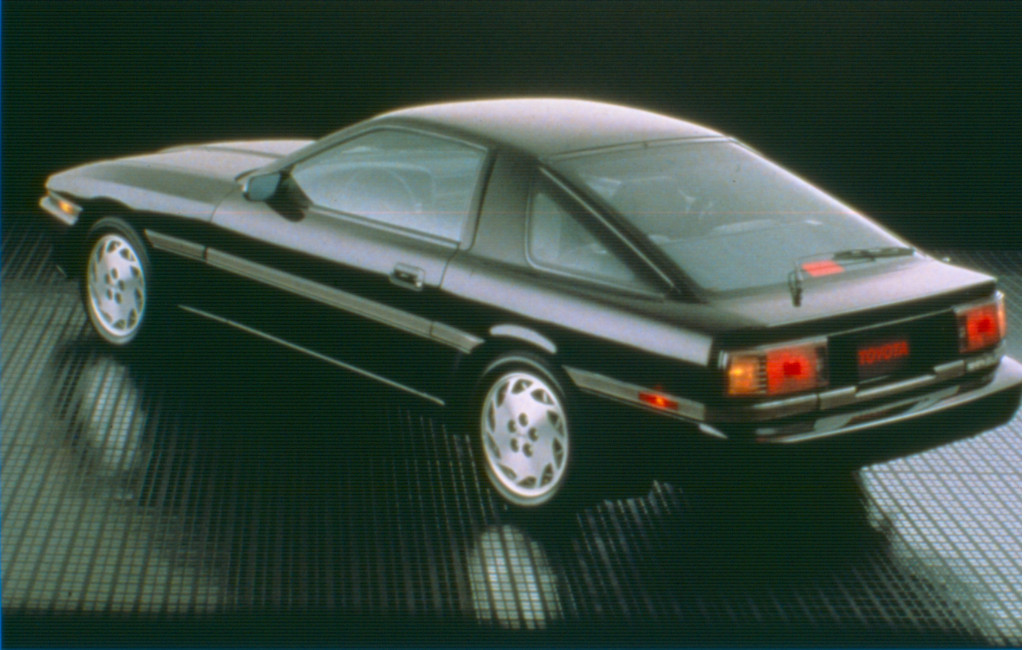 The Supra split off from the Celica in mid-1986 with the introduction of the third-generation car. The Supra retained rear-wheel drive while the Celica went front-wheel drive. The Supra's lines were softer, but it still had a hatchback body style, though a targa top was also added for a convertible feel. A new 3.0-liter DOHC inline-6 with four valves per cylinder increased hp to 200. The Supra got even more powerful in 1987 with the addition of a turbocharger to boost hp to 230 hp and cut the 0-60 mph time to about 6.0 seconds.

Underneath, the A70 benefited from double-wishbone suspensions front and rear, and it was the first Supra to offer anti-lock brakes. Turbo models came standard with a Sport Package that added a limited-slip differential and adjustable dampers. Car and Driver liked the poised suspension and pushed it to 0.83 G on the skidpad despite its near 3,500-pound curb weight. The magazine ramped up its praise when the Turbo arrived, saying, “The Corvette may not feel the threat just yet, but Toyota is definitely in the big leagues now and is flexing its muscles.”

The A70 Supra cost $17,990 when it was released and Toyota sold almost 109,000 of them during its lifespan. The next generation would be much more expensive and far less popular, but it’s viewed as peak Supra. 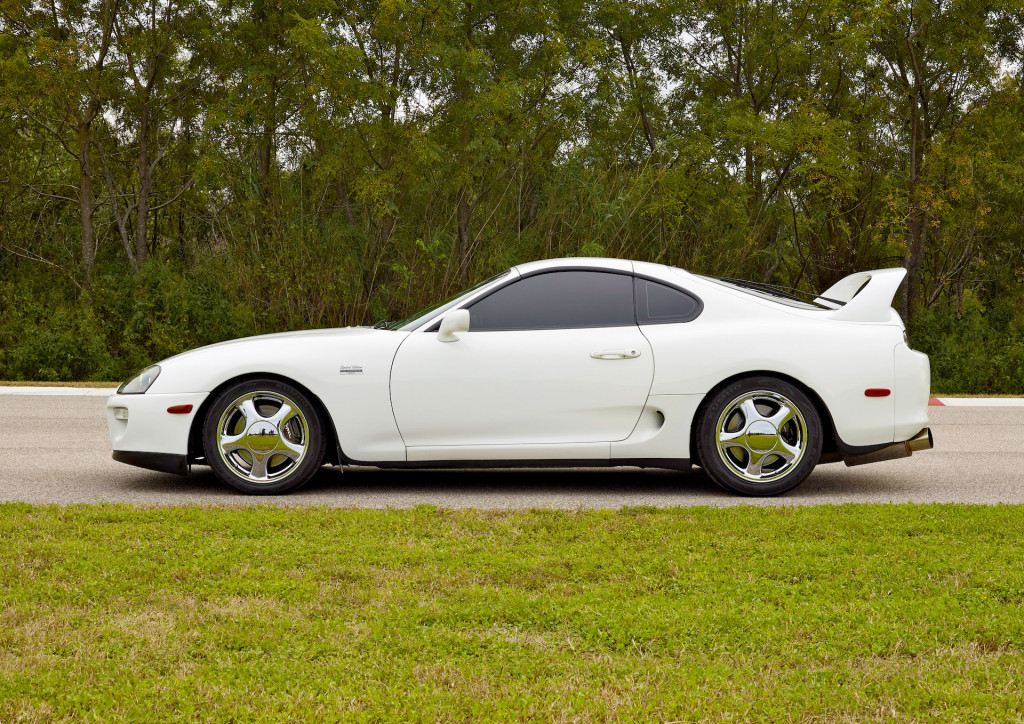 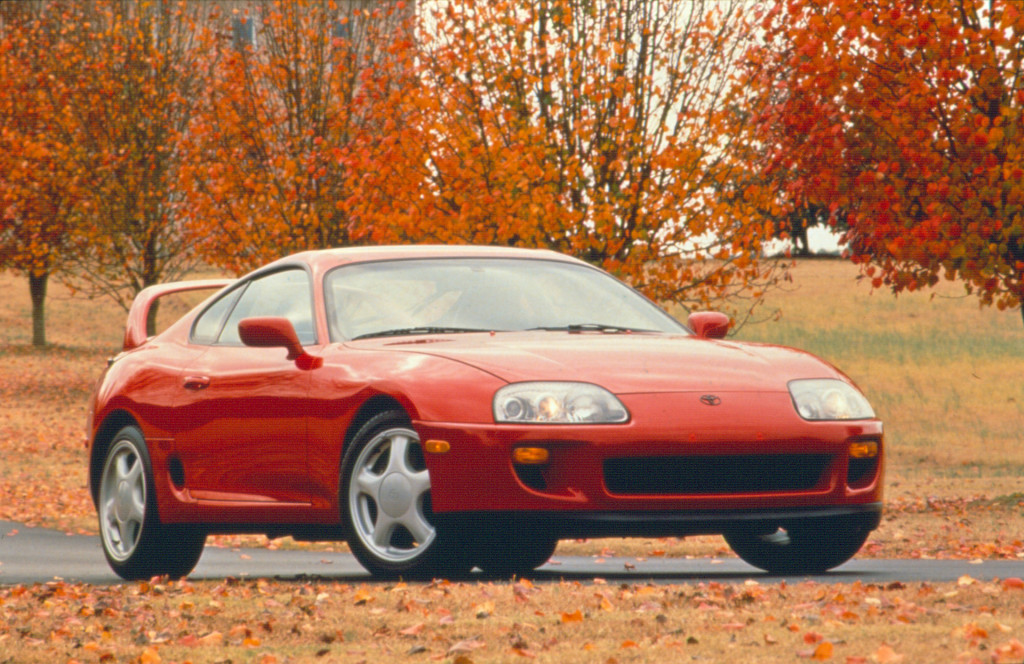 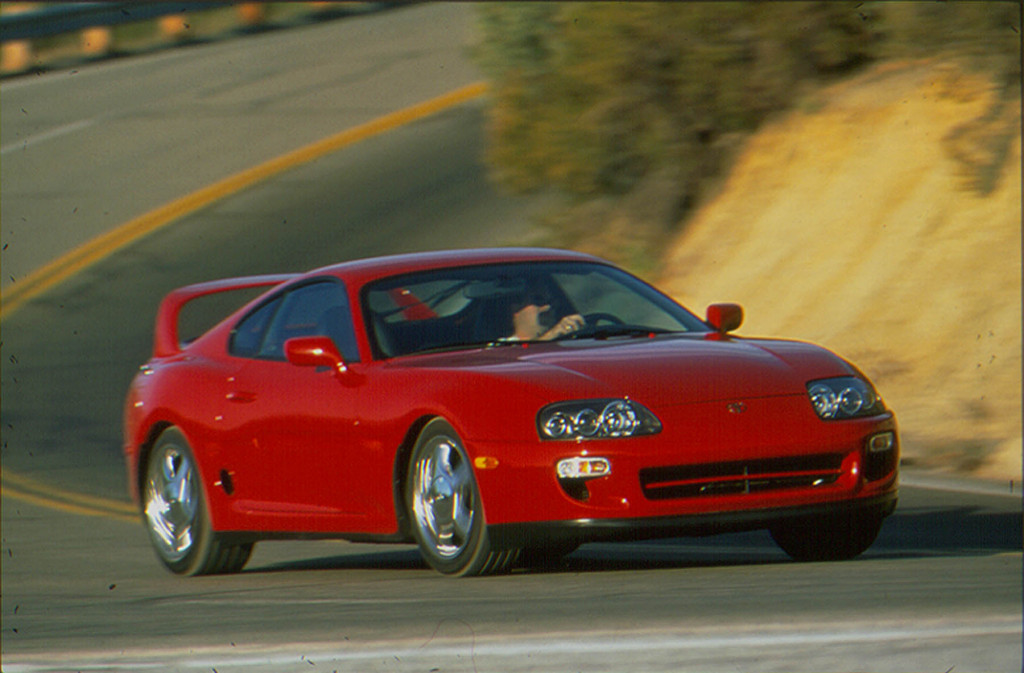 The Supra went upmarket in 1993 with the introduction of the A80 generation, which raised the starting price to $33,900 from $25,280 the prior year. The Supra was now offered as a coupe or a Sport Roof targa, and the Turbo models featured an optional hoop-like rear wing that was widely panned but has aged well. The A80 used a 5.5-inch shorter version of the Lexus SC coupe’s platform and featured an aluminum hood, roof, and bumper supports. It was also 4.2 inches shorter than the A70 model and it weighed 124 pounds less.

A 5-speed manual and a 4-speed automatic returned, but the engine changed to the vaunted 2JZ inline-6 that made 220 hp in base form and 320 hp when twin turbochargers were strapped to it (the Turbo was offered with the automatic or a 6-speed manual). Those turbos were sequential, the first spooling up at 2,500 rpm and the second adding its thrust at 4,500 rpm. The 2JZ used an iron block instead of aluminum to make it stronger, which allowed the aftermarket to wring far more power out of it. The 0-60 mph time fell to 4.6 seconds for the Turbo, according to Car and Driver, which was quicker than the Corvette, Nissan 300ZX Turbo, and Acura NSX. The quarter mile took just 13.1 seconds.

Underneath, the fourth-generation Supra featured coil-over shocks at all four corners without the adjustable dampers, brakes bigger than the Corvette ZR-1’s, and a structure Car and Driver called as “flex-free as a granite tombstone.” The skidpad grip improved to 0.95 G. It won a Car and Driver five-car sports car shootout against the best of the day, with one editor saying, “The handling behavior is nicely sensitive to throttle changes even at a merely brisk pace. Confidence level exceptional. It feels big but, man, is it planted.”

The A80 Supra was a true sports car from a brand known for practical daily drivers, and it would have made a much better choice than the pretty but only modestly sporty MX-6 I bought. The A80 is still respected for its performance and has become a valuable collector car. However, it wasn’t properly appreciated by buyers in its day. Only 11,200 or so were sold before it left the U.S. market in 1998. 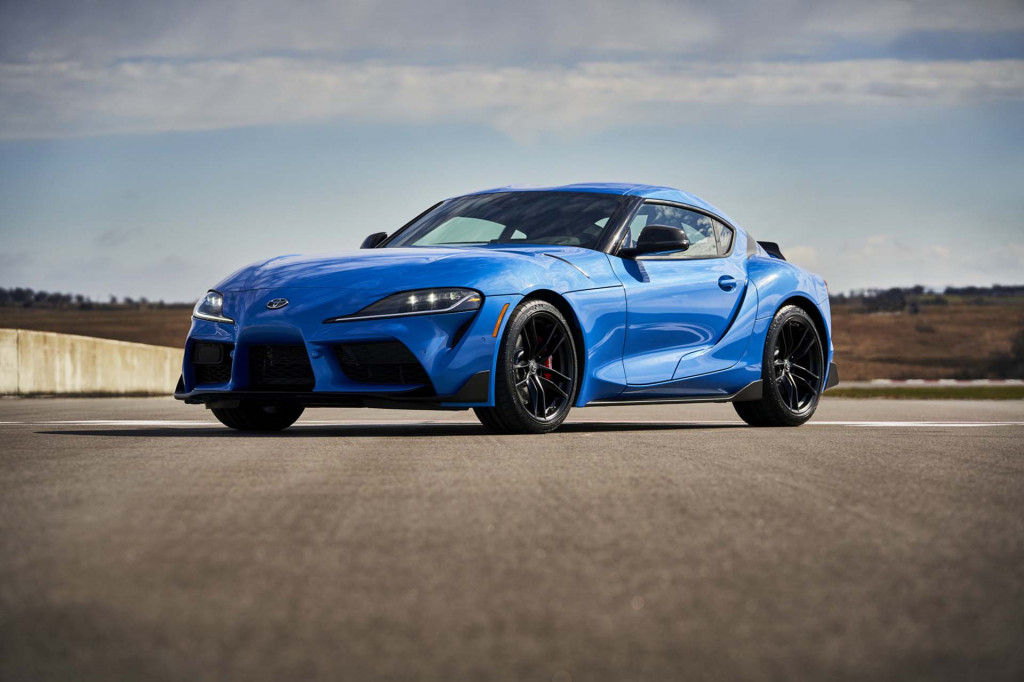 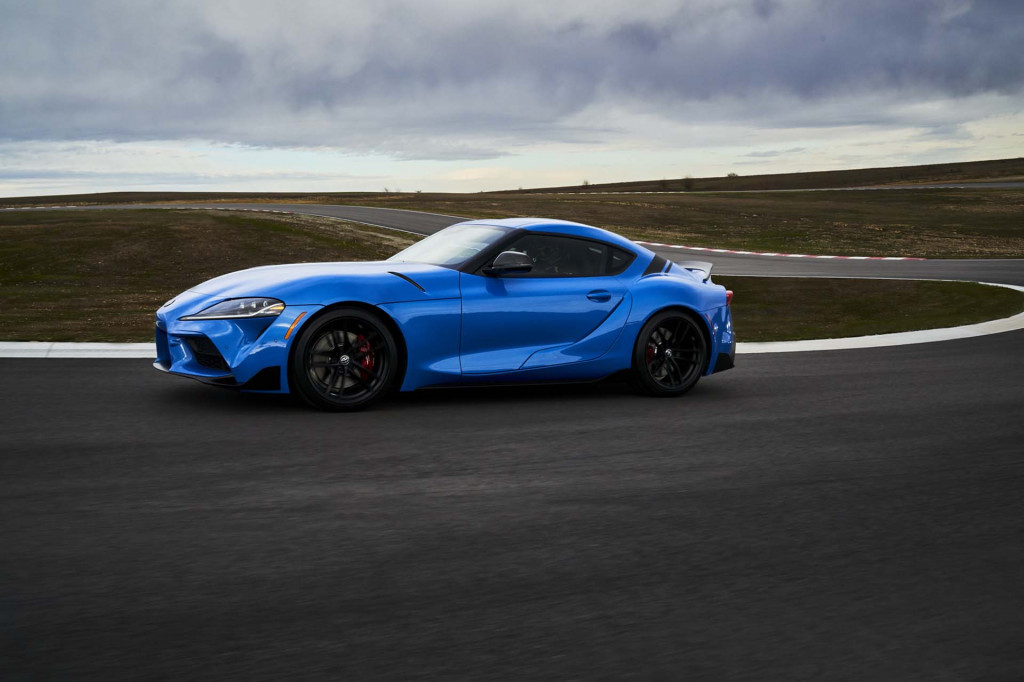 Toyota hinted at the return of the Supra with the FT-1 concept car revealed at the 2014 Detroit auto show, then teamed up with BMW to make it a reality in 2019 as a 2020 model. The FT-1’s design was scaled down to work on the shorter car, creating an overtly aggressive coupe festooned with curves and ducts that simply don’t play as well as on the FT-1’s sleeker shape. BMW got the convertible version as the Z4.

The new A90 Supra was largely engineered by BMW and tuned by Toyota. Company president Akio Toyoda, a car enthusiast who wanted to recapture the A80’s performance, was involved in development.

The current Supra’s engineering makes it a blast to drive. We called it fast and frenetic in our first drive review, noting that the rear end is eager to play. Then, during out 2020 Best Car To Buy testing, we noticed some disturbing side-to-side motions at the rear, which may be cured for 2021 with new tuning or the electronically controlled limited-slip differential.

The Supra’s story isn’t over. More lays ahead. Possibilities include the manual, a convertible body style, and a high-performance version labeled either Gazoo or TRD. Pick one now over that boring car you intend to buy. You'll be glad you did.