A forward 180 is a quicker and cooler way to turn your car around than a five-point turn, but it's difficult to do safely and competently. In this video, Wyatt Knox of the  Team O'Neil Rally School explains how it's done.

Before getting into the details, it's worth noting that this isn't something to try on public roads. Other drivers aren't expecting cars to spin around in front of them, and a botched 180 could send you into a tree.

The simplest way to do a forward 180 is to yank the handbrake. Just slow down to an appropriate speed (30 mph or so for pavement, a bit slower for loose surfaces, Team O'Neil recommends), engage the clutch if you're driving a manual-transmission car, and pull the handbrake lever. Steer in the direction you want to go (as always, keep your eyes pointed in that direction, too), and the car will spin around. Let off the handbrake when the turn is complete, and drive on. 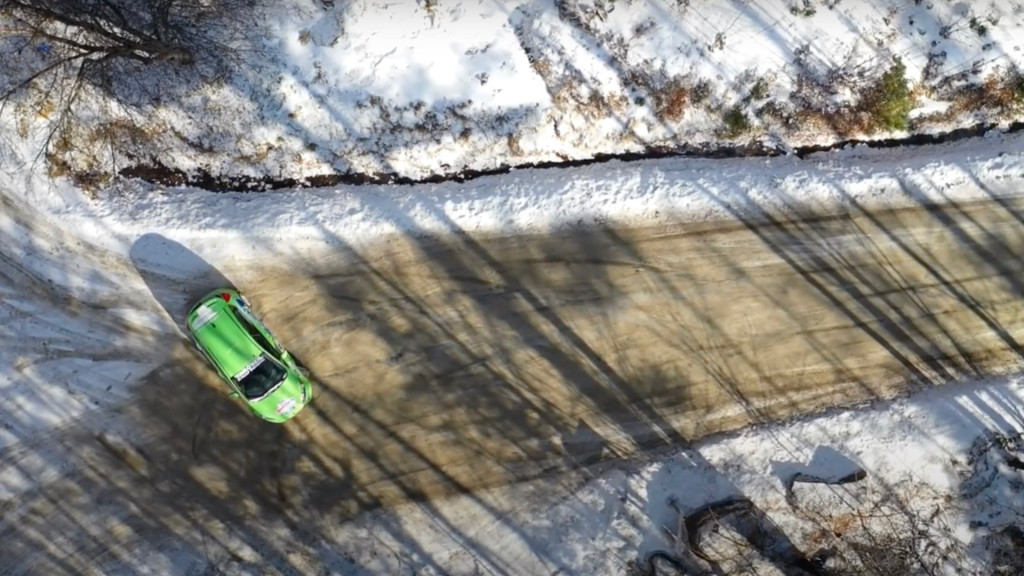 Many modern cars have electronic parking brakes, however, which can't be easily used to do a 180. In that case, or if you're in a car without a working parking brake, you can still use a move familiar to rally drivers, the Scandinavian Flick or a pendulum turn, to do a forward 180.

The Scandinavian Flick involves using weight transfer to get the car around sharp corners. To take a right turn, first lift off the throttle, then turn left and hit the brakes. You're only about half-way there at this point. Now, release the brakes and flick the steering wheel to right. The car will snap back around to the right to complete the 180. If you're driving on a dirt road, this can be used to make a turn. As the car snaps around, get on the throttle and countersteer as the back end slides to point the car in the direction you want to go.

If you want to improve your driving skills, or just see how different stunts are done, Team O'Neil has plenty of other instructional videos that we've covered on Motor Authority.