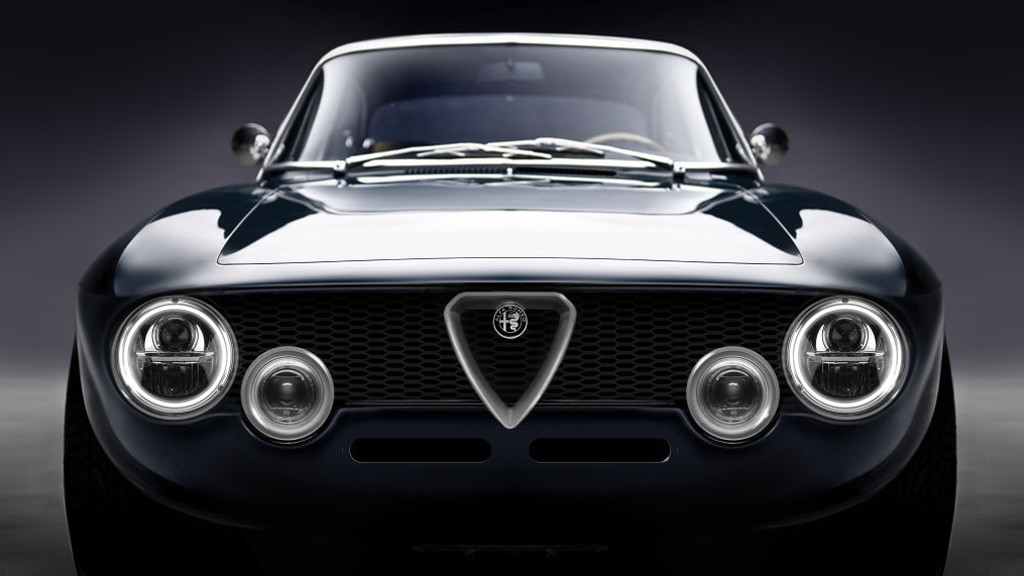 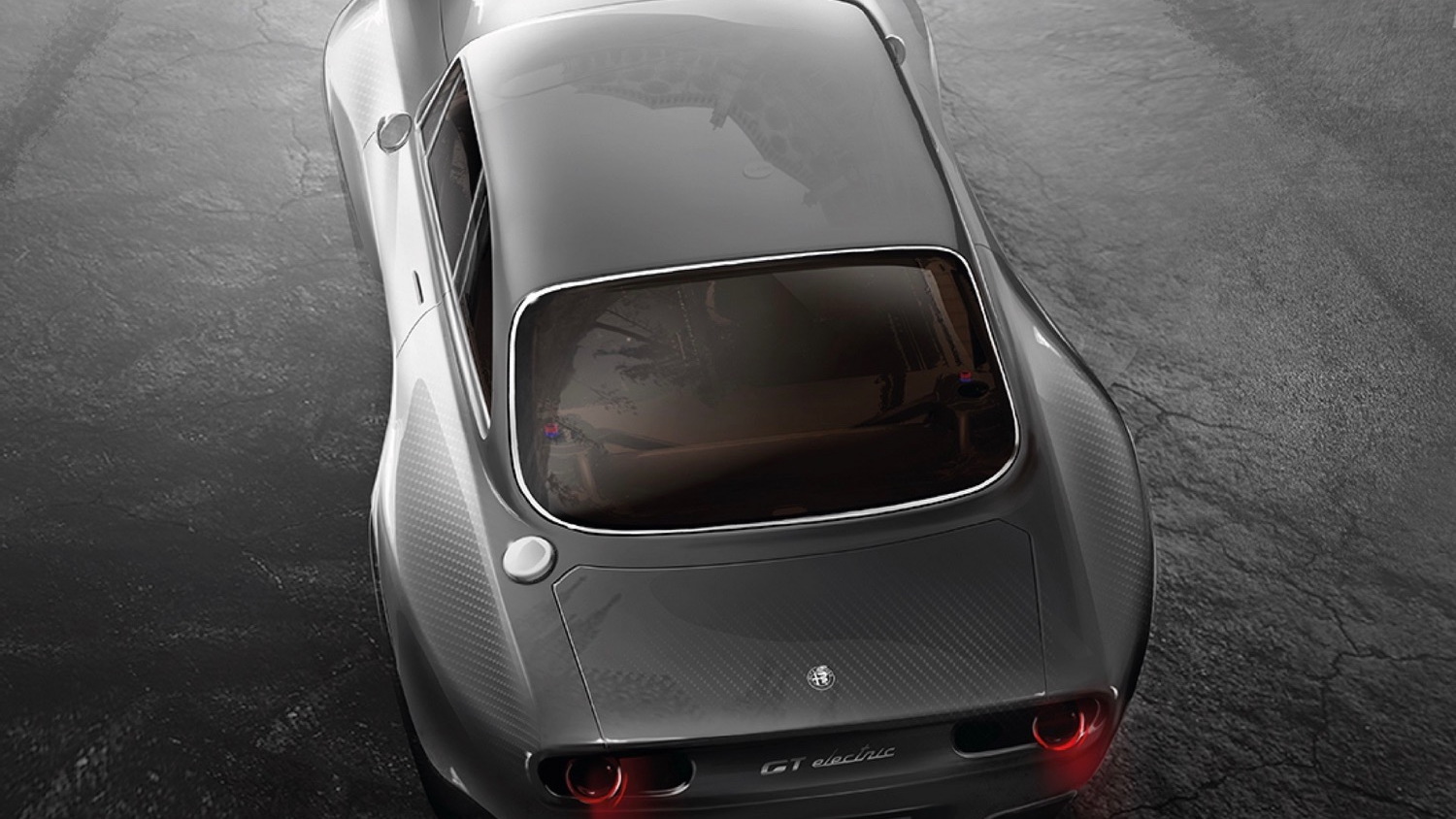 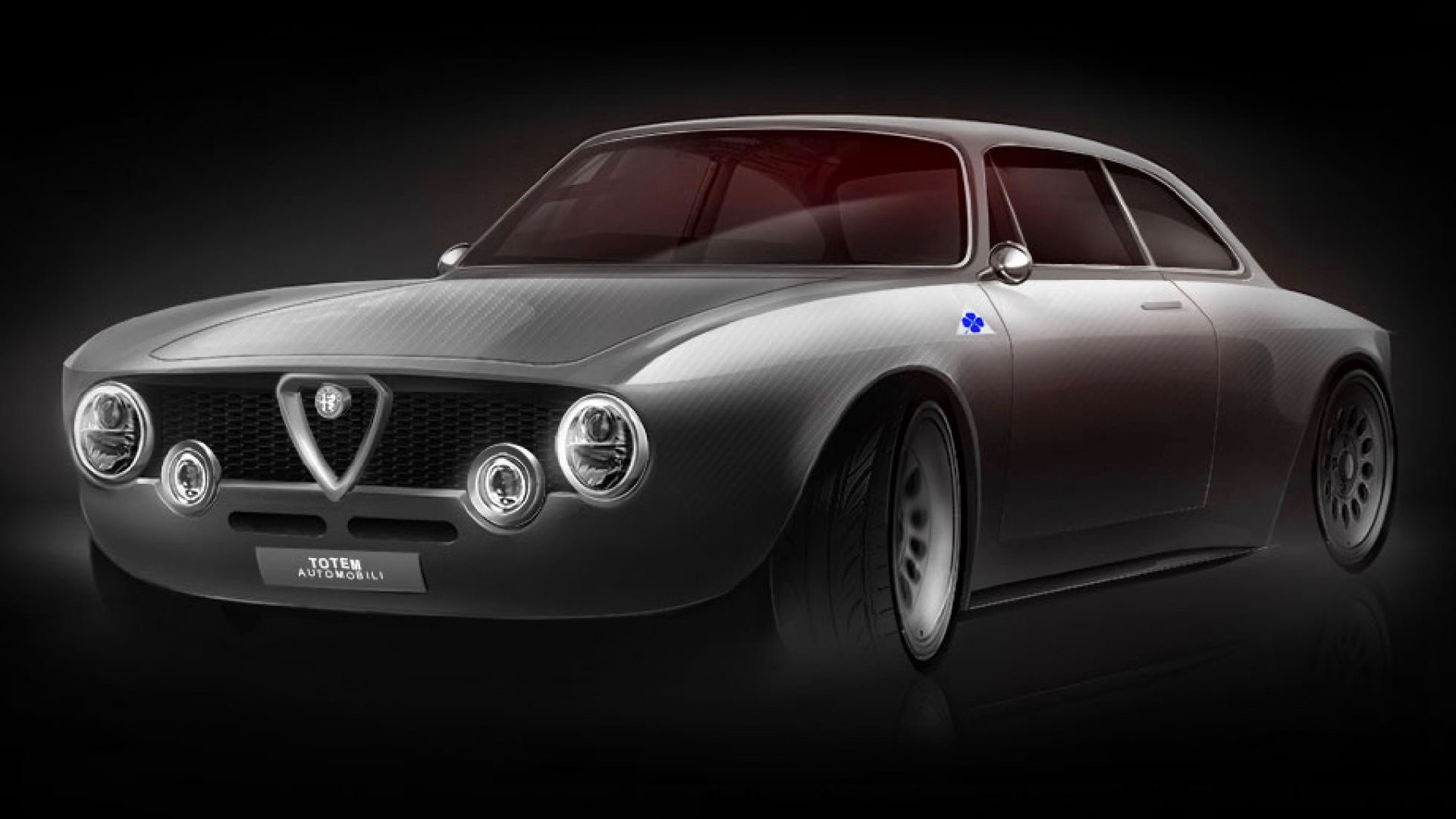 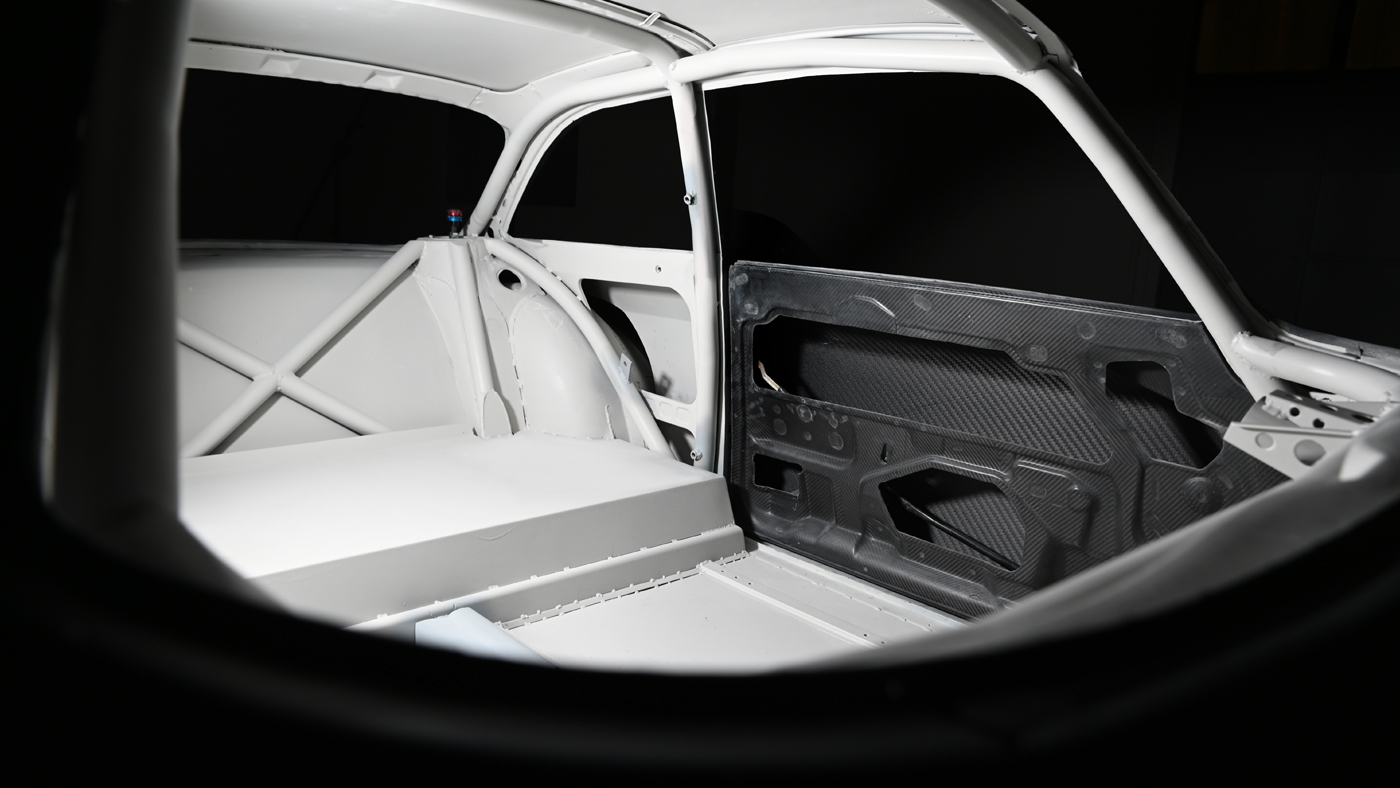 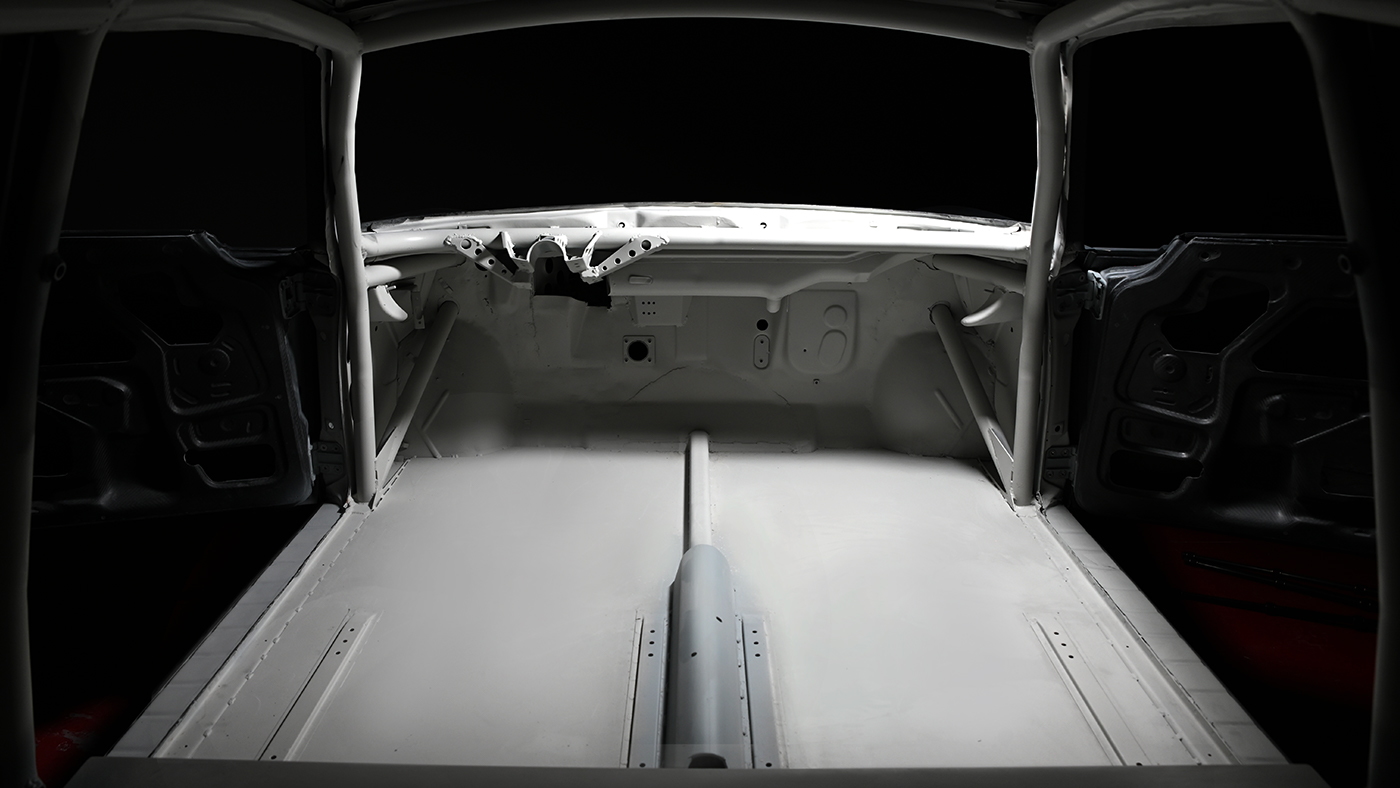 Totem Automobili is reimagining the classic Alfa Romeo Giulia GTA (namesake to Alfa's current most hardcore sedan) as a modern performance car with an electric powertrain and a carbon-fiber body.

The Alfa Romeo Totem GTe starts as a regular Giulia GTA, which debuted in 1965, then Totem gets to work. The car, first spotted by Motor 1 on Monday, is powered by a single electric motor making 518 horsepower and 692 pound-feet of torque. It will do 0-62 mph in 3.4 seconds, according to Totem.

A 50.4-kwh battery pack provides a range of 199 miles (likely as measured on the European testing cycle) at "standard pace," according to the company. The prototype car has a 6.6-kw onboard charger, but production cars will have a more-powerful fast-charging system, the company said.

Totem said the battery pack weighs 771.6 pounds, but the carbon-fiber body will offset some of that weight. Rather than just copy the original Alfa design directly, Totem made some subtle changes. The GTe has four headlights instead of the original two, the C-pillar design is tweaked, and the Alfa grille badge lacks the bars of the original. Totem also redesigned the underside of the car to improve aerodynamics, creating a flat floor with rear air extractors in an effort to generate downforce.

Totem uses only 10% of the original chassis and installs a roll cage to increase stiffness. The Alfa's suspension also gets a rethink. In place of the stock double-wishbone front suspension, Totem installs a McPherson strut setup with two-way adjustable Bilstein Clubsport coilovers. At the rear, a multi-link independent suspension attaches to a new subframe, which holds the electric motor. Totem also plans to offer an air suspension option.

The GTe rides on Totem-designed 17-inch wheels wrapped in Continental ContiSport Contact tires. The brakes are by Brembo.

Instead of conventional gauges, Totem uses a pair of 3.5-inch screens. Unlike an original Alfa Romeo Giulia GTA, the GTe gets power windows. Air conditioning will be offered as an optional extra.

Totem originally planned to debut the GTe at the 2020 Goodwood Festival of Speed, but that event has been postponed due to the global coronavirus pandemic. It's unclear where and when the car will be unveiled now.